The modification works on both X-Plane 10 and 11 and covers several versions. 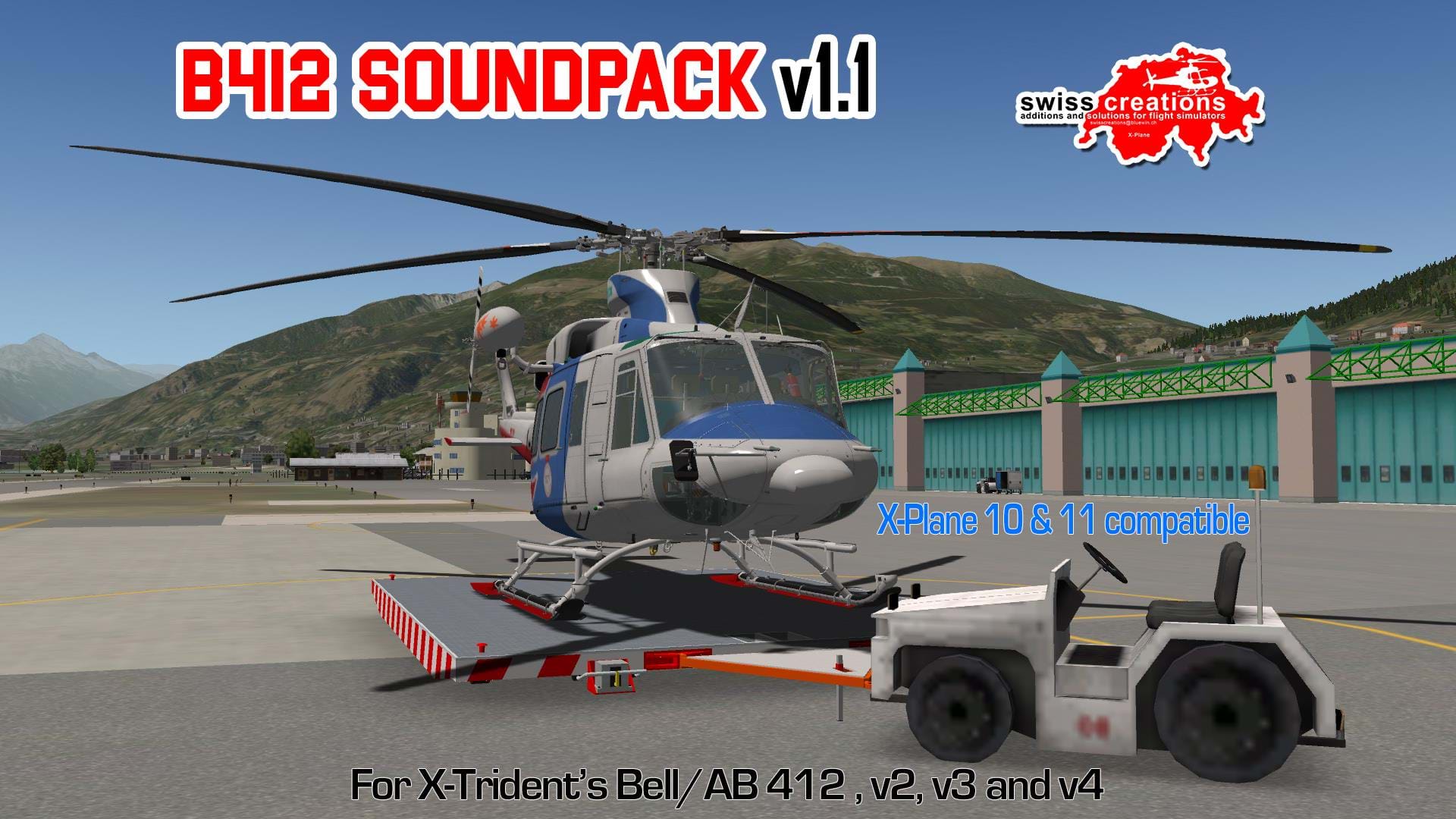 Swisscreations is improving your audible X-Trident B412 world with this new release, which works on both X-Plane 10 and 11, on all versions up to v4.

This new release is also compatible also with any other modifications, including Tom Woods’ latest release, the EPI mod.

Meanwhile, Swisscreations confirmed the expansion for the X-Trident 412 v4 is already done for the EPI . The team is now working on the EP and HP versions and they shall then release their expansion pack for v4.

According to Swisscreations this pack “adds a completely reworked, scratch-built sound management system for the mighty Bell 412 from X-Trident.”