Missing some camera effects such as head bobbing or maybe the sound of the wind to add some realism to your flights? Enter XPRealistic Pro.

Well that intro might be a tad too simplistic considering everything XPRealistic Pro does. But the truth is that it's not easy to do a proper intro, considering all it does.

First of all, a disclaimer: XPRealistic Pro does add to the immersion and realism of helicopters although it was NOT developed specifically for it. A lot of what XPRrealistic Pro covers are not really something you find in helicopters such as flaps or is stuff that you do have on some helicopters but not all (landing gear and brakes, for example). With this in mind, I will review the product as a whole and rate it according to everything it does (I will do some tests on fixed-wing aircraft as well) but do keep in mind that we, helicopter pilots, will not use a lot of the features.

XPRealistic Pro offers a huge amount of different areas covered that can be tweaked at will. These usually have to do with sounds (such as wind, for example) and camera (such as turbulence shaking).

Installation is not too hard. Being a FlyWithLua plugin, simply drop the files into the FlyWithLua\Scripts folder and start/restart your X-Plane. Done and done.

After installing (and starting or restarting your X-Plane) you can then access it by means of the top menu. Click the Plugins > FlyWithLuaMacros > XPRealistic Pro item.

When you click it, the settings window will open and you'll manage to start configuring it. You can choose to enable or disable XPRealistic Pro for the aircraft you are flying as well as use a preset or tweak it at your heart's content. 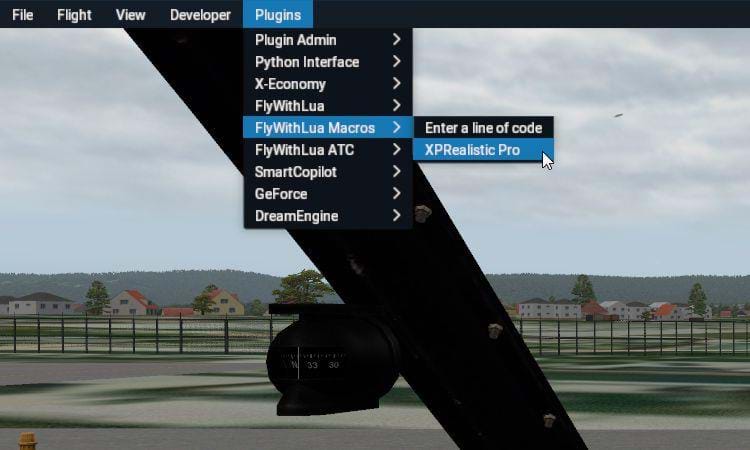 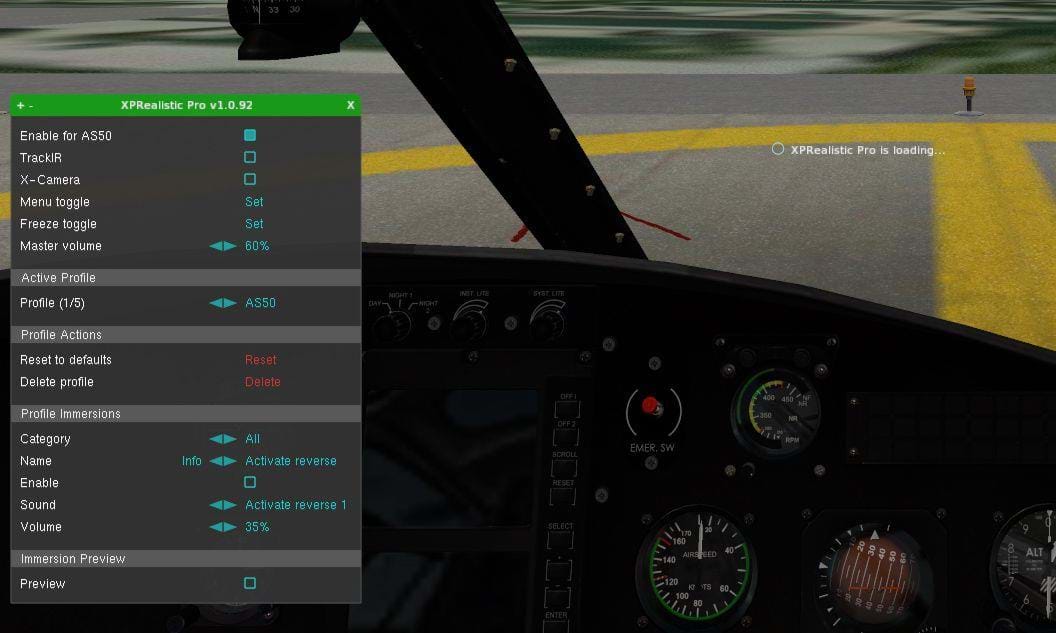 Like I said before, XPRealistic Pro covers 34 different points -- which you can control -- and provides you with extra realism on these areas. The one that really got me was the rain effect. You can hear the rain drops hit the fuselage and that just sounded absolutely amazing for some reason. I really can't tell you why but it was really nice to listen. 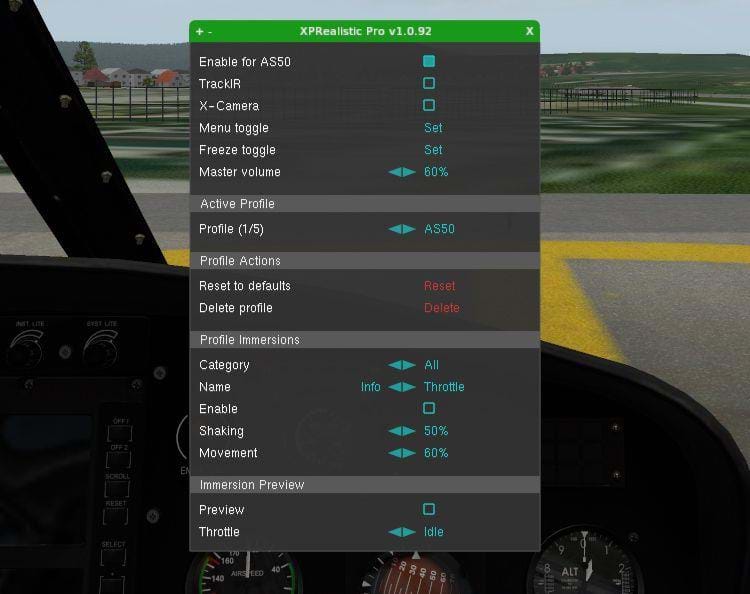 Using the S-76 I could use the landing gear configurations and when I deployed it, the sound of the drag popped up. The default one seemed a bit off but I edited it for something "lighter" and it sounded great.

Granted, I disabled a lot of the features such as engine reverse sounds, braking, engine start, stop and vibration (which can still be used on a piston helicopter such as the R22, R44 or S300, for example), all the flaps settings and quite a lot of the head movement.

Don't get me wrong: I do like a LOT of the camera animations that simulate head movement but the thing is that, at low altitude and speed (when we are hovering or hover-taxiing) it can become problematic since it will shift your view. I decided to disable it.

I hope the developers add some more configuration items so that we can, for example, disable the camera movement at a certain speed and altitude. That would make it more manageable and handy for helicopters.

I've tried it with fixed wing aircraft and there was nothing I would disable since we don't need the visual reference that much and, obviously, we could use features that helicopters don't have present.

Other things such as camera shaking (and having some sound) when we enter VRS, for example would be an awesome addition to it. Unfortunately, they are not yet. Perhaps in a future release.

XPRealistic Pro is great. It's a great addon, decently priced, that offers quite a lot in such a small package. It does feel like it lacks a bit on the helicopter side but I have talked to the developers that say they are open to suggestions from the helicopter simulation community in order to make it more helicopter-friendly.

This is great news for us. If you have any suggestions, please let us know on the comments section below. We'll make sure the team behind this addon gets them.

XPRealistic Pro is one of those addons that you simply must have if you want to increase the immersion and realism of your simming. It does take your X-Plane a notch (or 5) above so it's definitely a must-have.

Installation 10
Sound 10
Visual impact and quality 9
Frame rate impact 10
Ease of use 10
10
Total score
9.8
* The above final rating is calculated from a weighted average and not the direct arithmetic average. This means that some elements of the review will have a higher influence in the final score than others.
Click here to purchase/download or more information