Pilot Plus recently released their rendition of this airport that, in 2018, ranked as the 9th busiest airport in the UK. But what’s in for us, helicopter simmers?

I’ll admit that I get very reluctant when I review big airports. Yes, helicopters can operate from pretty much everywhere but, more often than not, those airports are not exactly a thriving helicopter hub.

When Pilot Plus sent me their Bristol International Definitive, I immediately tried to understand what was it that could appeal helicopter simmers. 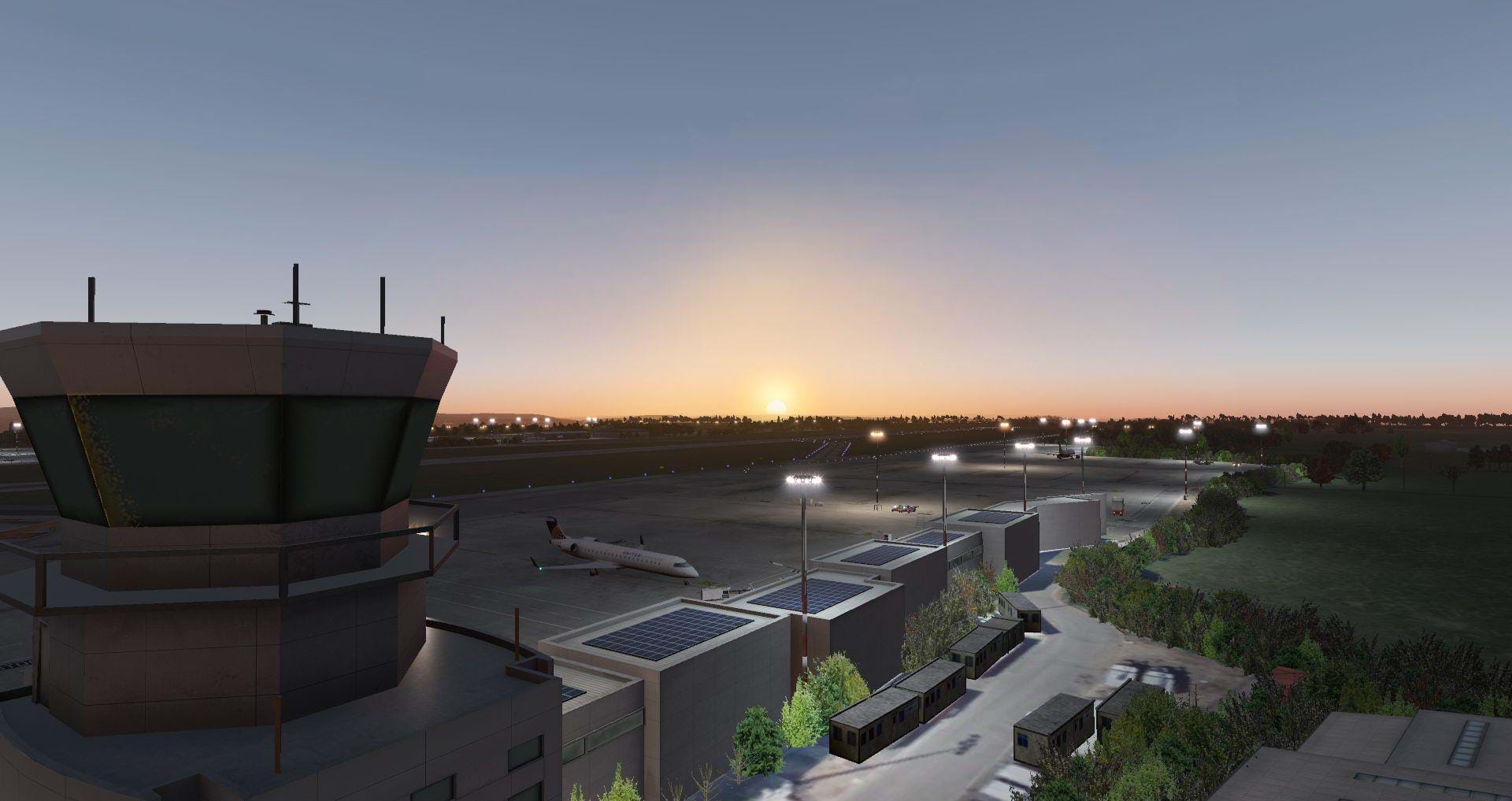 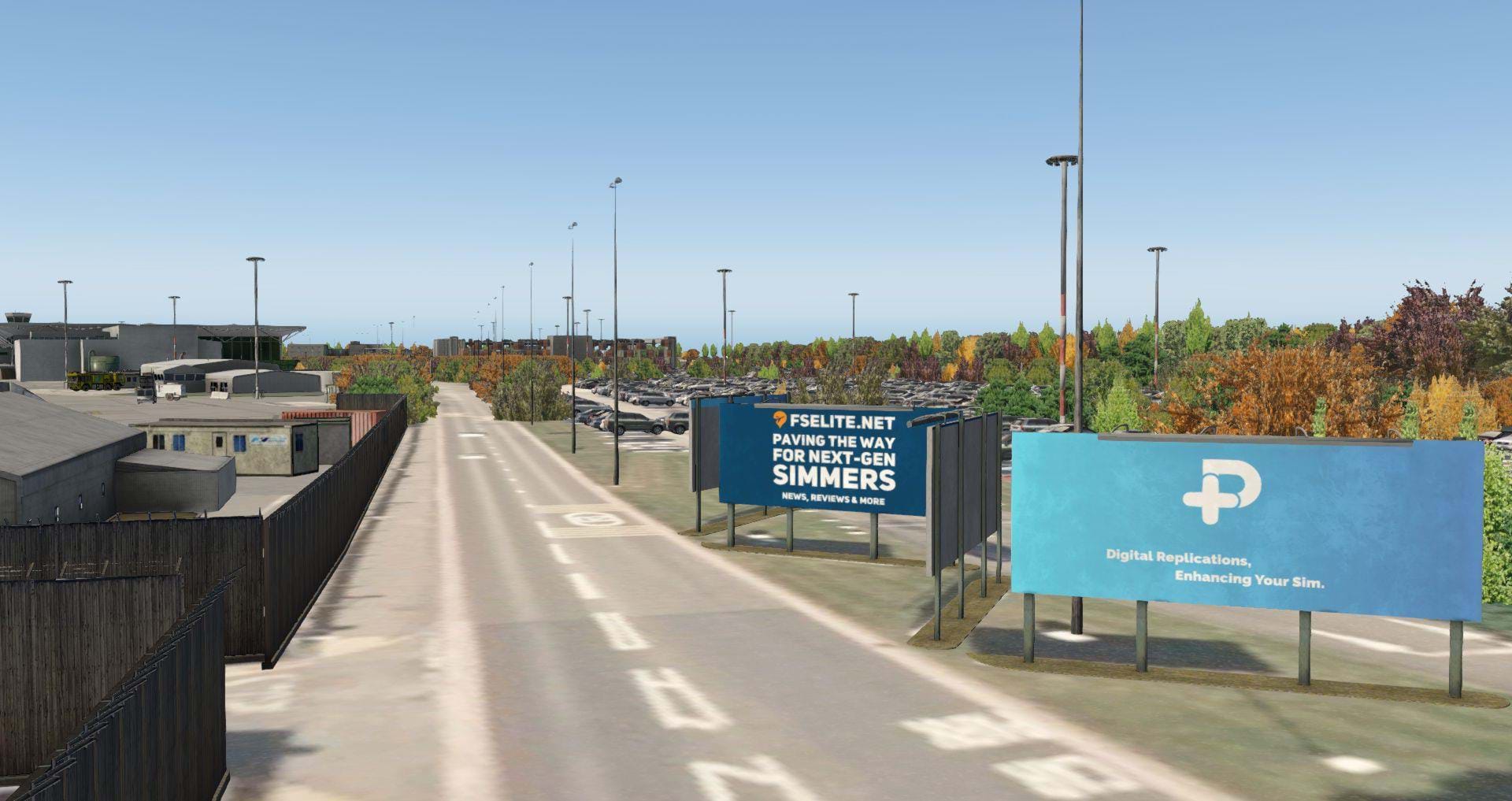 I didn’t do any prior research and jumped right into the airport. I’ll tell you a bit more of what I found afterwards but, to start with, I found something that caught my attention: it has a helipad.

More on that later. First things first. And we’ll start with the official features list:

Installation was a breeze. Pilot Plus has their own installation software and, although the company had warned me that some anti-virus don’t like their software that much, I had no issues whatsoever and everything went smoothly.

Just a note, though: when the installation starts, it will download files on the background, but you get no indication that something’s actually happening. You’ll think it’s stopped. Just be patient and it will eventually start installing.

The airport and the surroundings look great. Pilot Plus has always delivered great looking pieces of scenery and Bristol International is no exception. 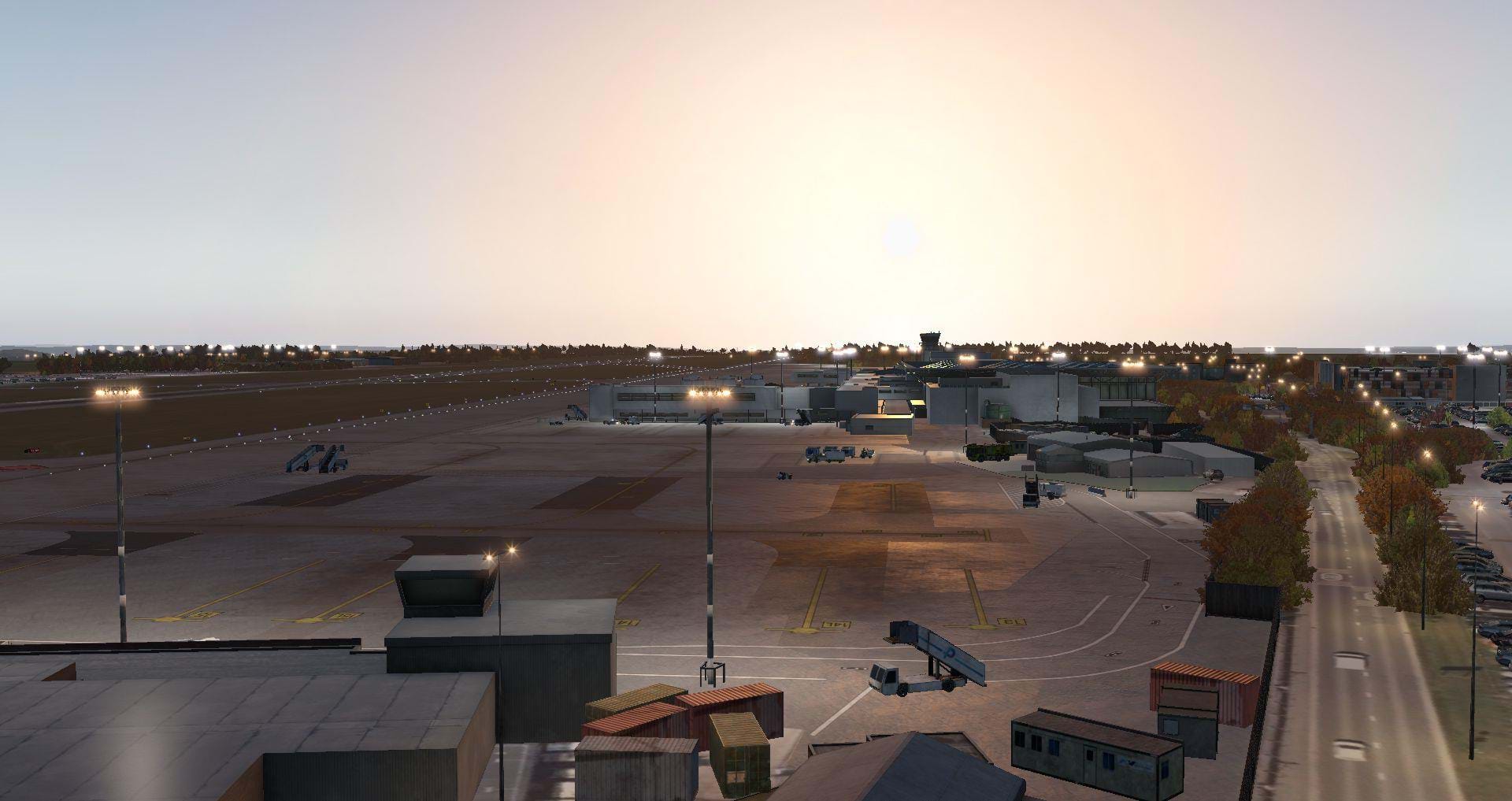 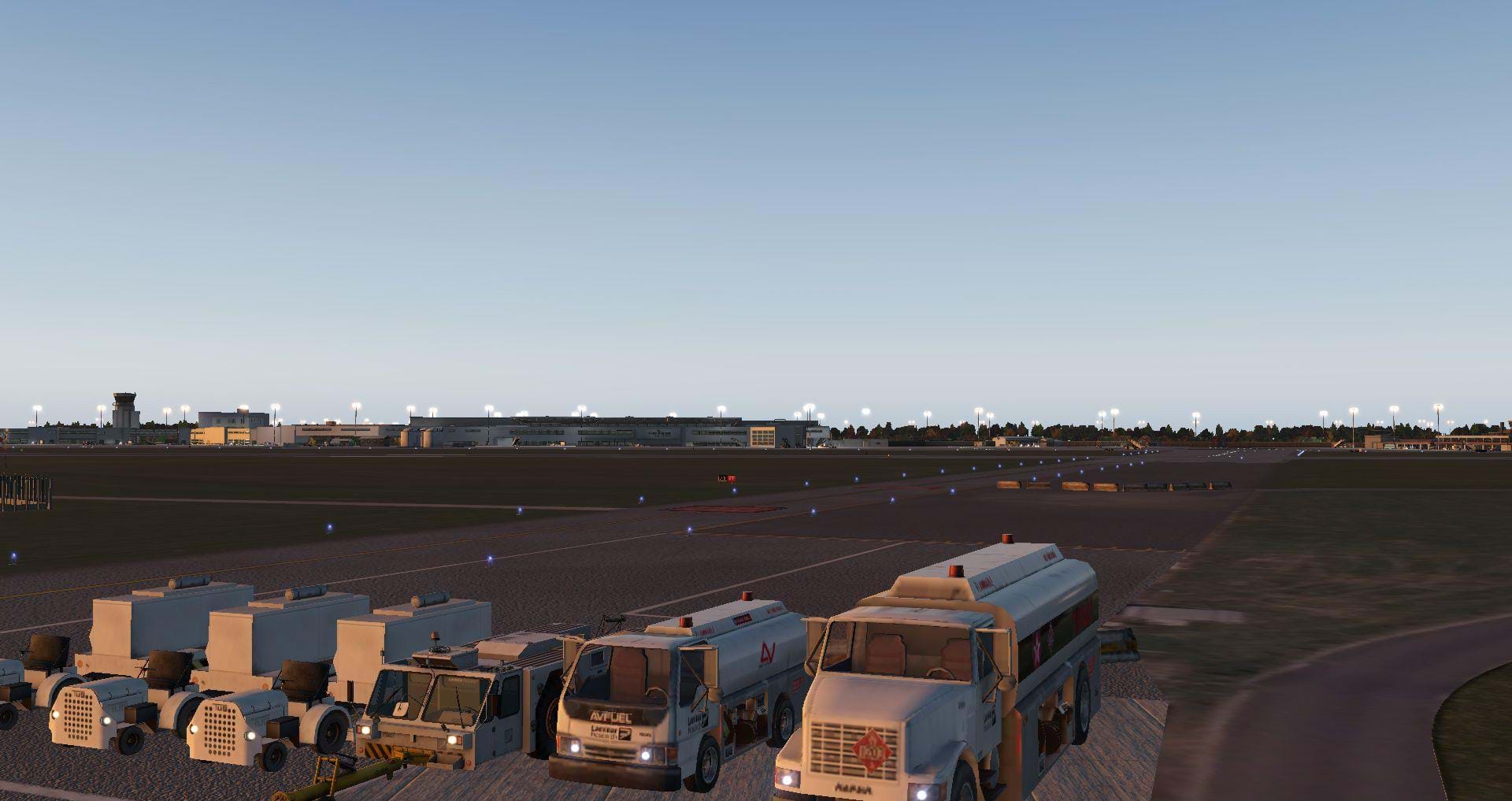 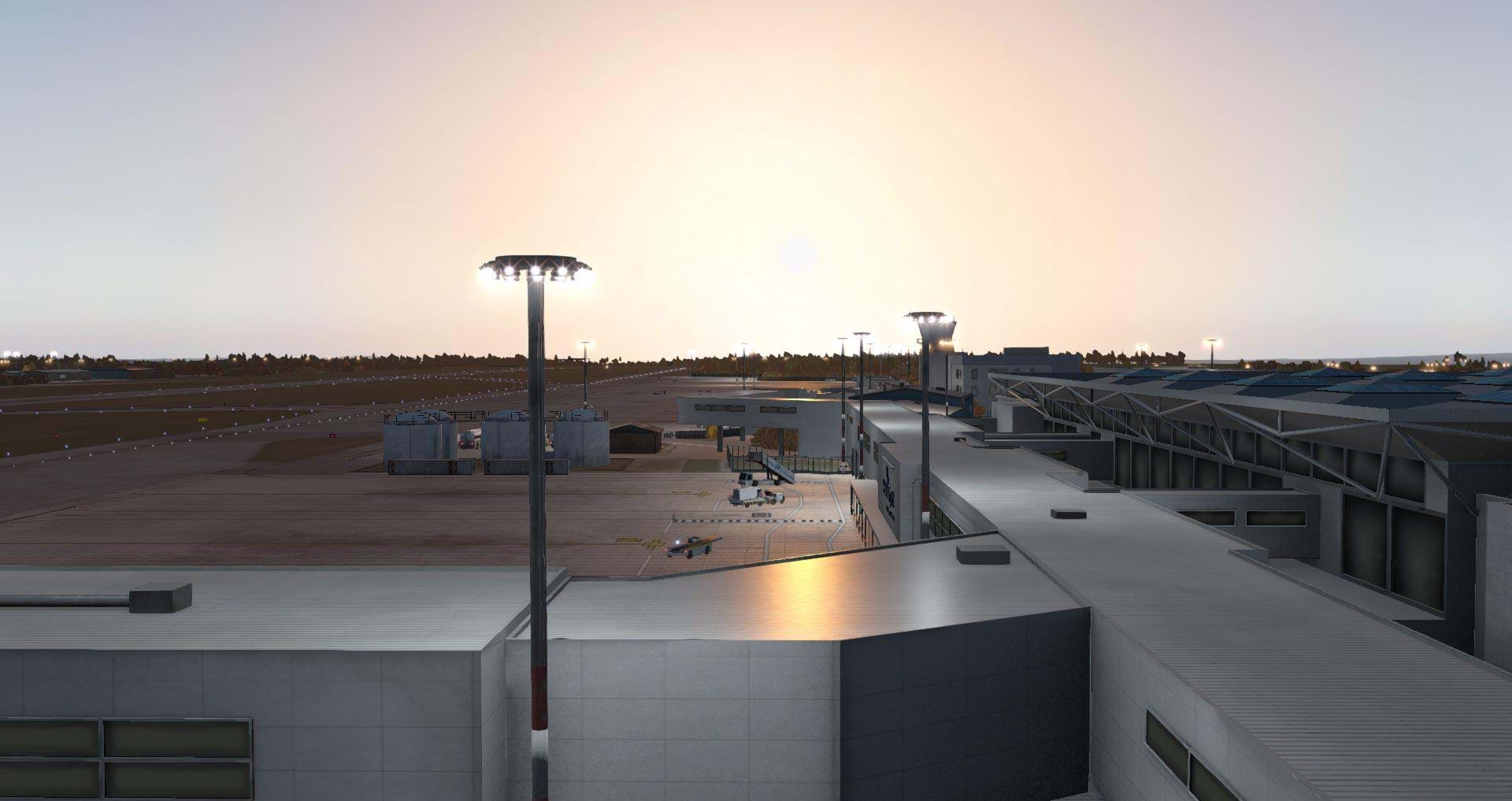 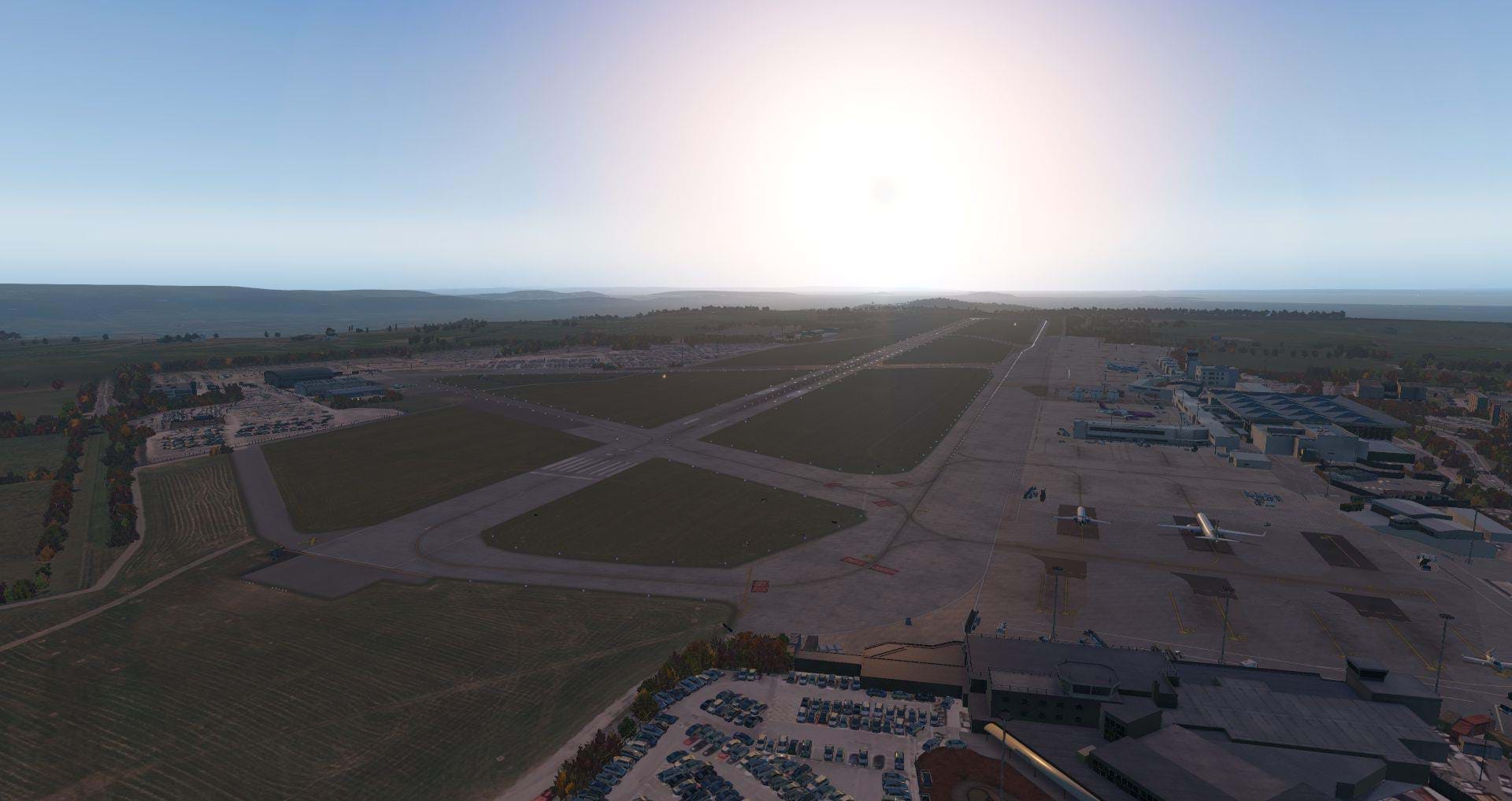 The models and textures are of great quality and they have done an excellent PBR work. The lighting in and around the airport is beautifully crafted, making for a great environment when it starts to get darker.

There’s only one thing that I wish they had done differently is the parking lots. They filled them with 3D models but the fact that the ground textures have cars in it as well makes it all look a bit weird. The rest of the airport looks great, but the parking lots really kill me. 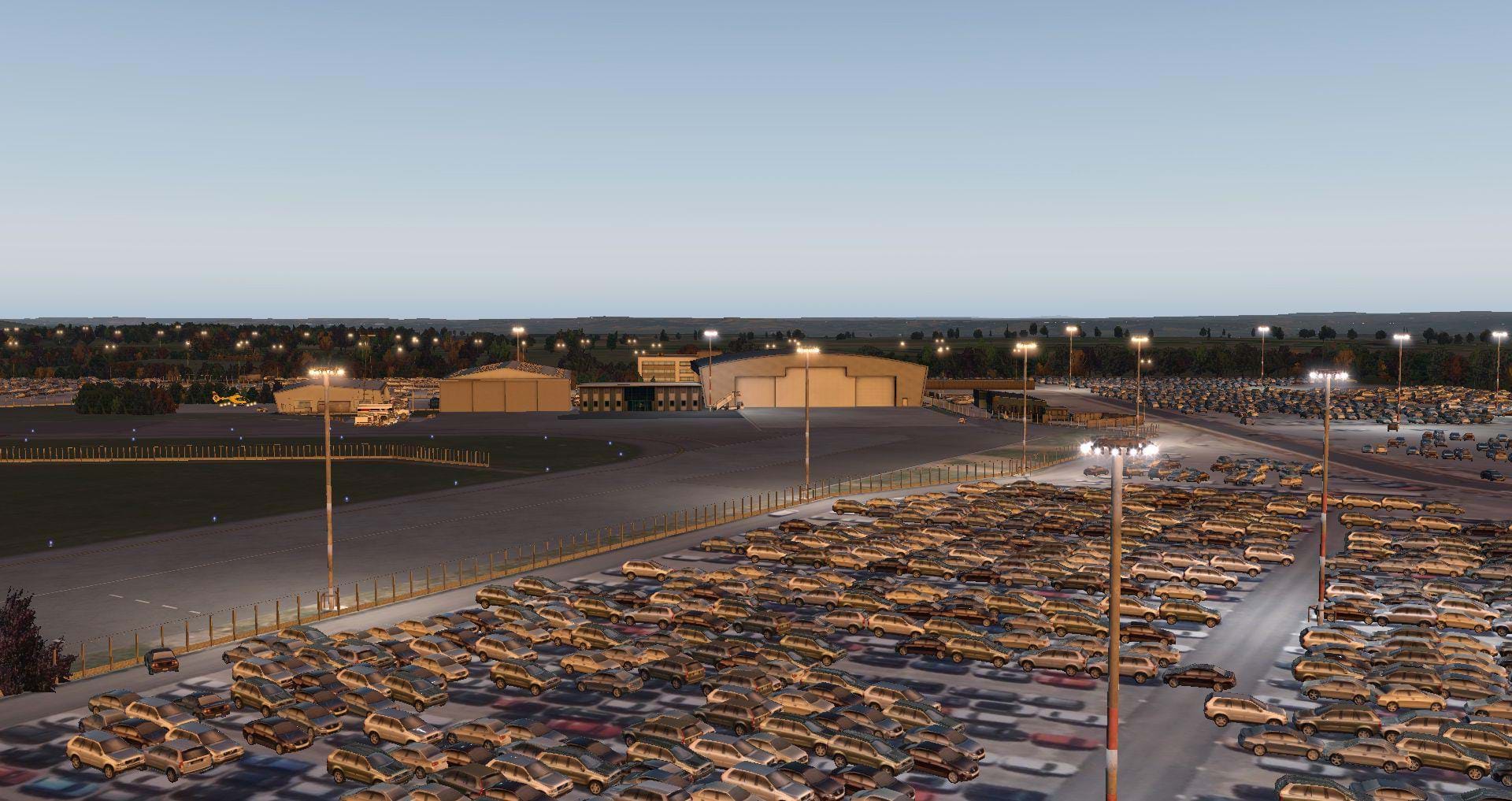 Obviously, it’s not a deal-breaker but if you have a bit of an OCD over these details, it can be a bit of a nerve-wrecking.

Honestly, there’s not a lot to say about the airport. It’s well modeled, populated with vehicles and ready for World Traffic 3 to do its thing.

One of the things that got me curious about was the vegetation. Pilot Plus mentions “Adaptive seasonal vegetation (changes on the fly)”, so I had to give it a try. 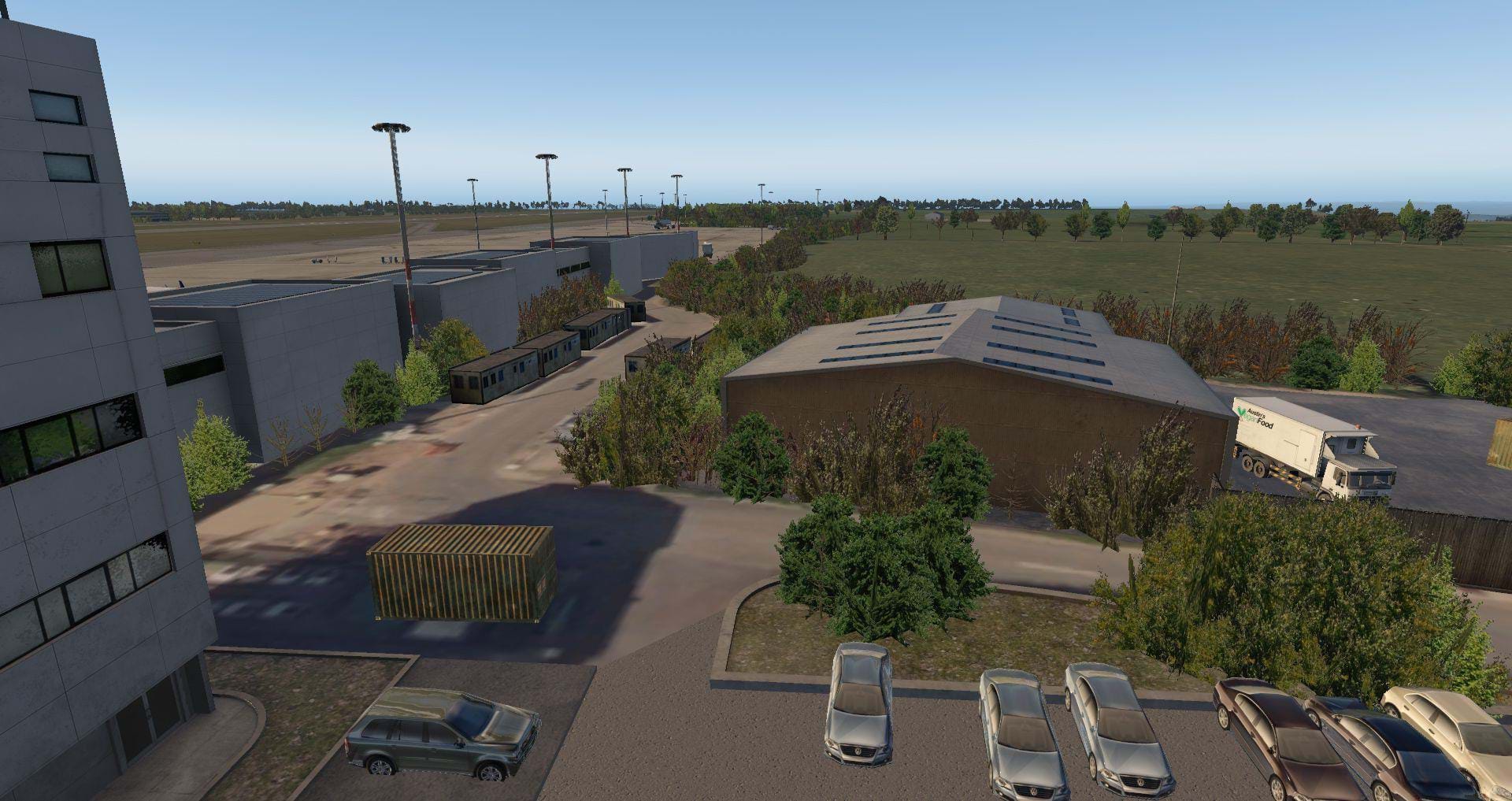 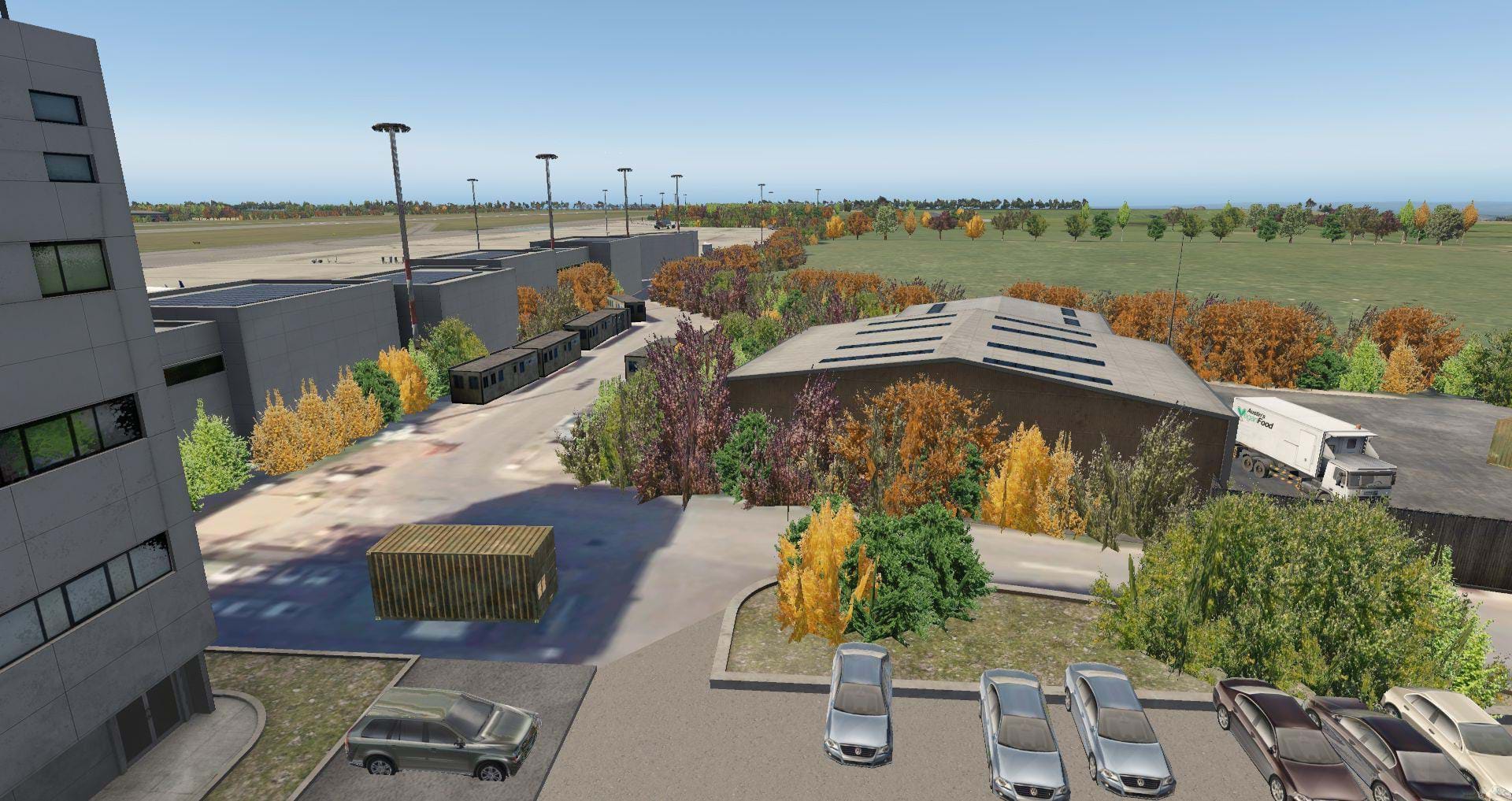 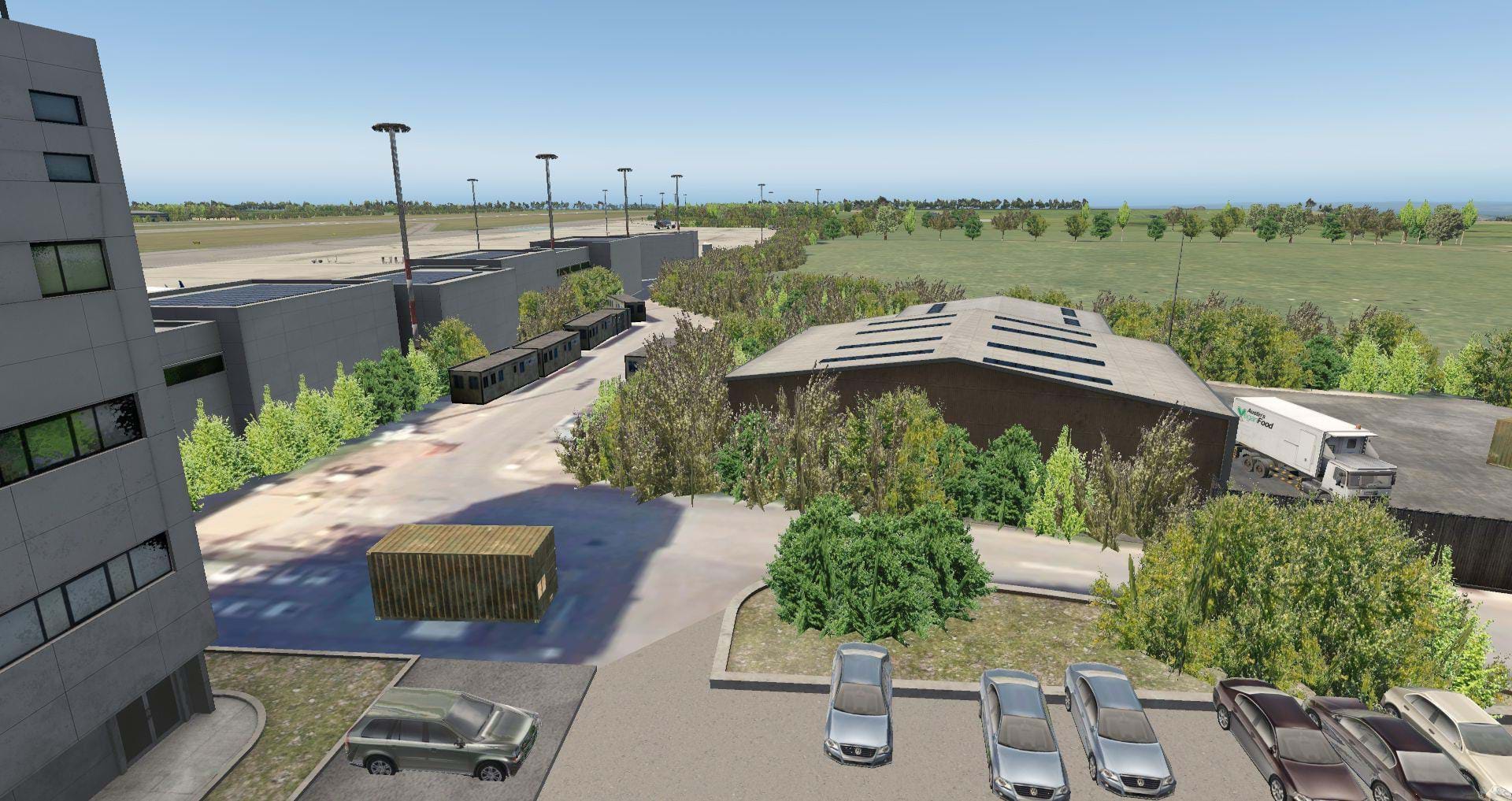 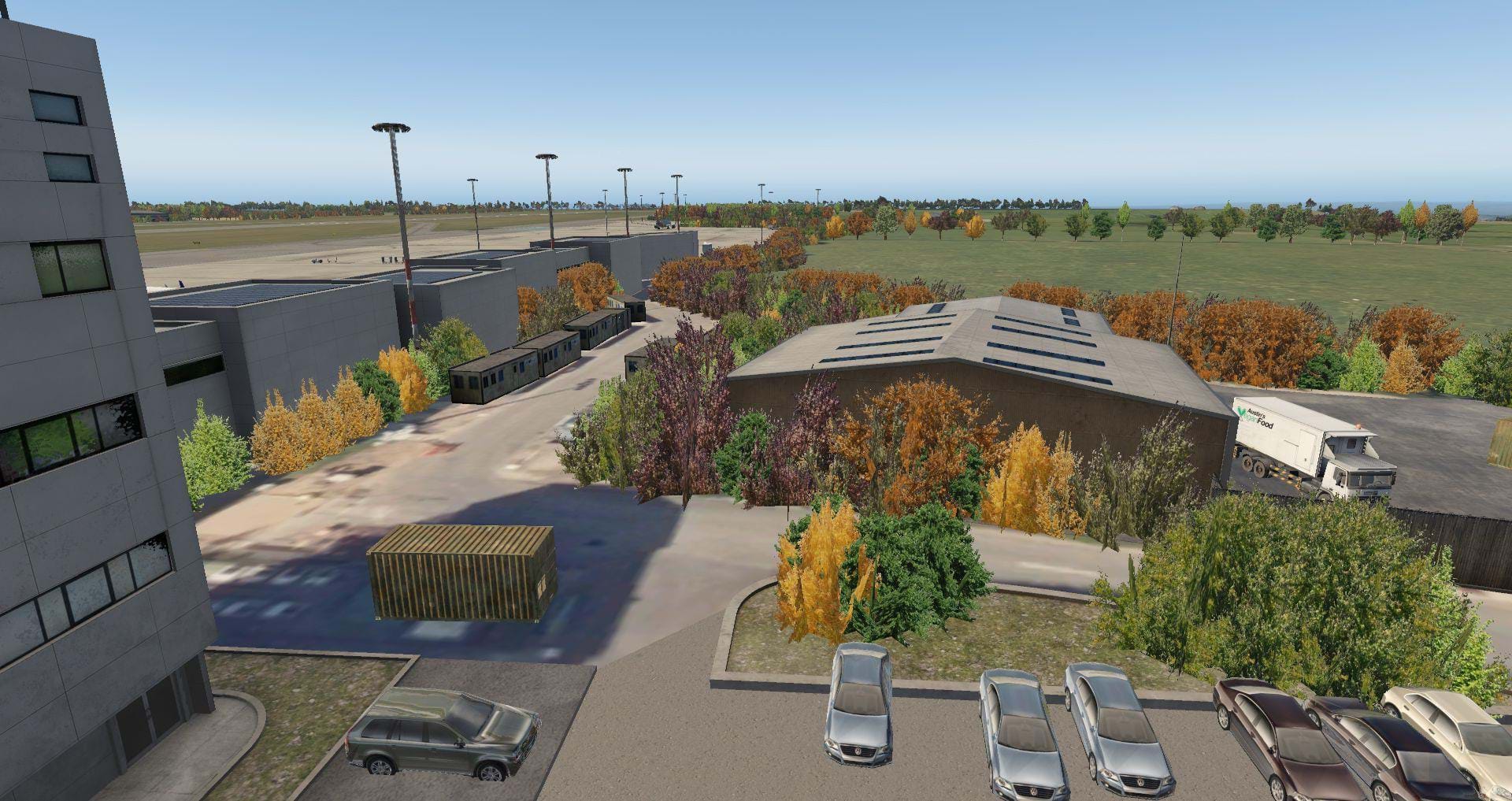 And there it is. Change the season and you’ll get the vegetation adapting accordingly. It’s not exactly a full-fledged season system but it’s very nice and it can fool the eye. At least it will give you an approximation of what the vegetation looks like throughout the year.

So… Why should I bother?

I can hear you now: “Booooo. What a bad review. You only have that to say?”.

Well yes. And no.

Let’s face it: it’s an airport. A beautifully rendered airport. But an airport. Why should we, helicopter pilots bother? 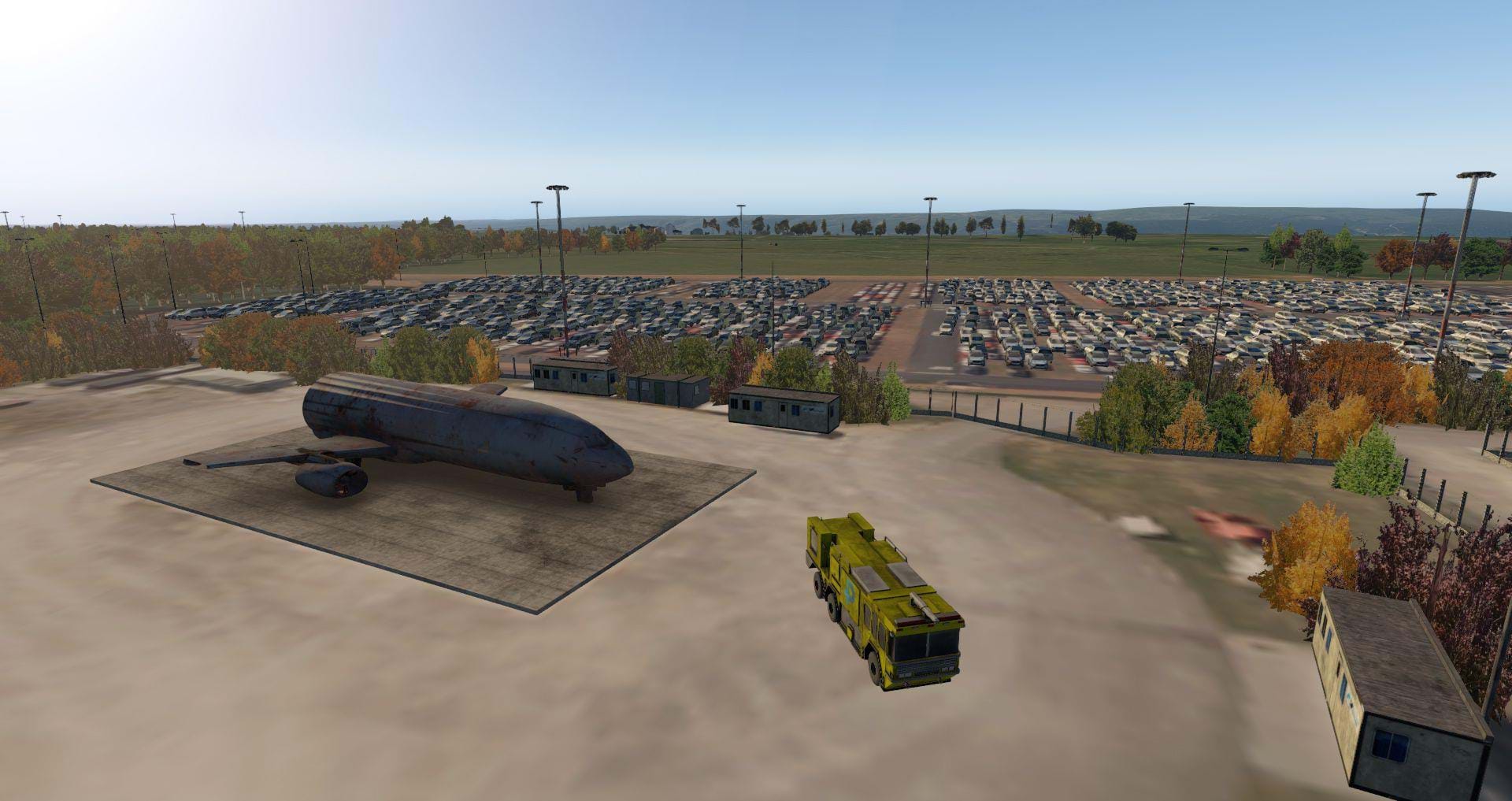 Well, first of all, the world is our helipad. We can pretty much operate everywhere. I know we prefer to go wild and land in the middle of trees. But airports work as well!

We should bother about this one for a specific reason.

All right, all right, what’s the angle here?

Well the angle here is that Bristol International is also home for the Western Power Distribution company, which operates, you guessed it, helicopters! 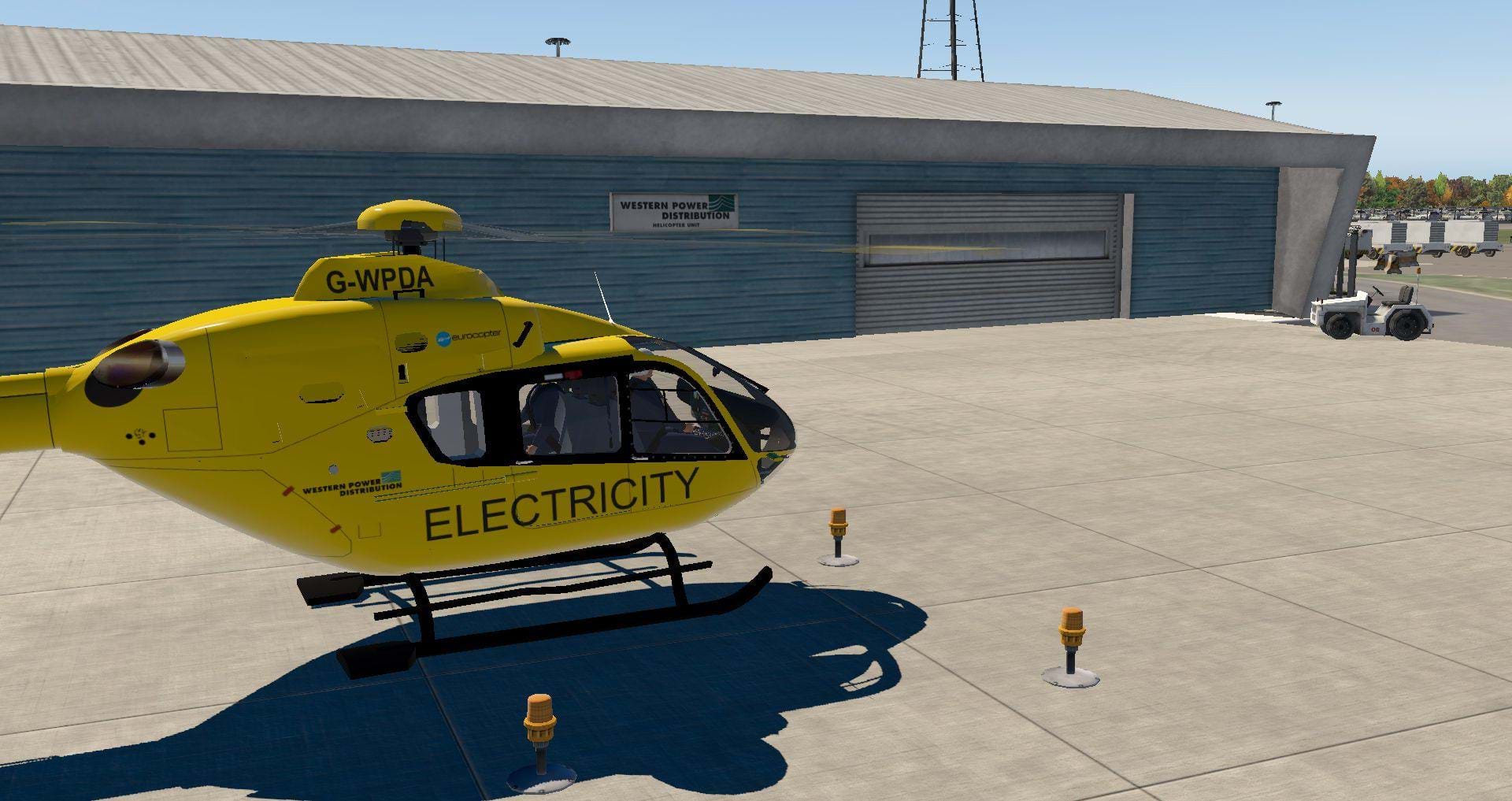 There is one helipad in the airport that’s used by WPD to perform power lines verification services.

The company uses the Airbus H135 (EC-135), and there’s even an Airbus video about their work, which I added as a reference and you can watch below.

So, yes, there’s an angle and a purpose to get this airport. It’s not just because it looks nice, it’s also because you can do something to emulate real-life missions.

Just a side-note: you will find 2 entries for the helipad on the start list that will place you on the same helipad. That’s by design. One of the entries places you pointing North and the other one pointing South. 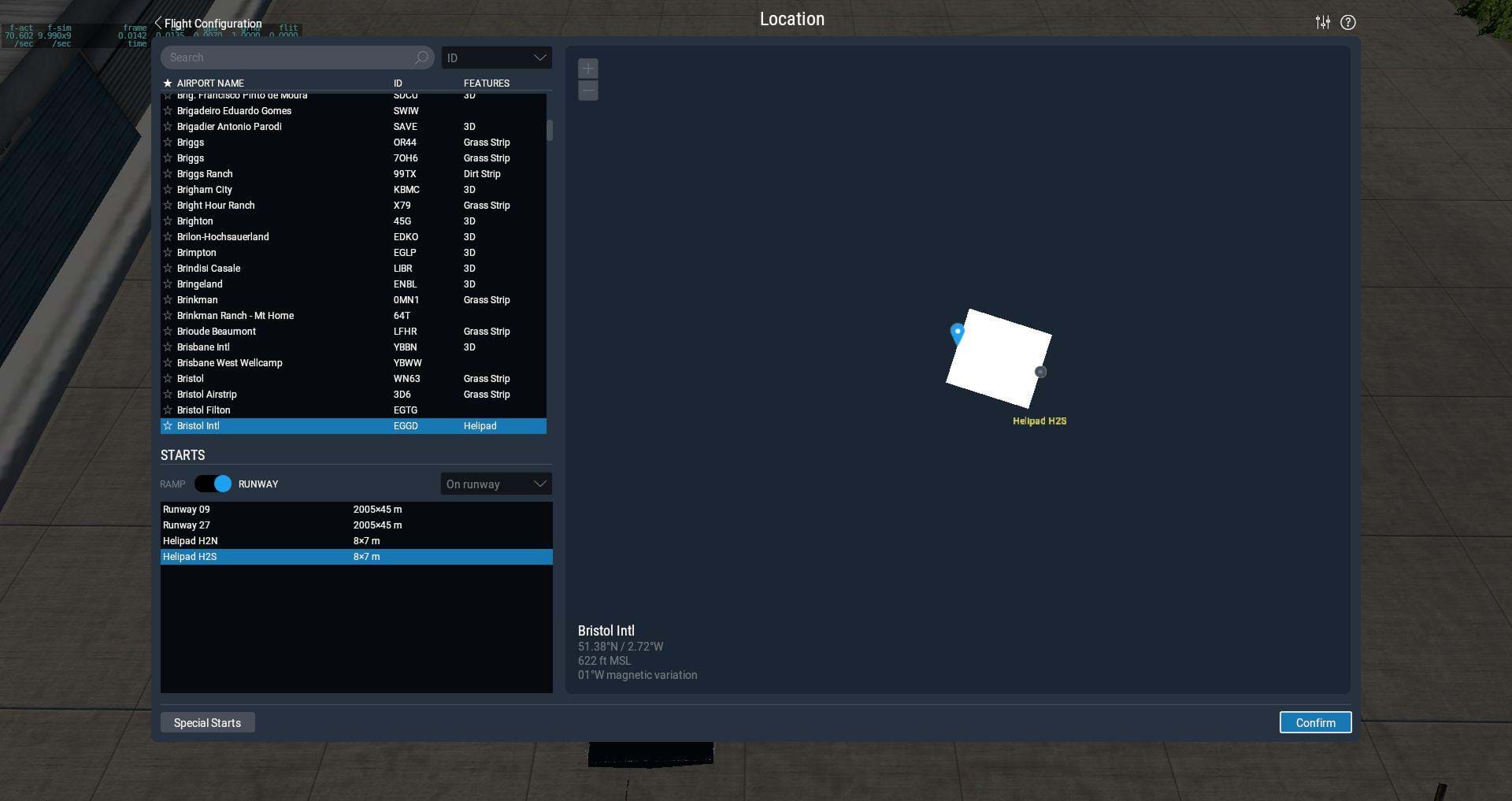 And yes, ladies and gentlemen: Pilot Plus’ Bristol International airport scenery is fully compatible with ORBX’s products, just like they said it is.

What more can you ask for? 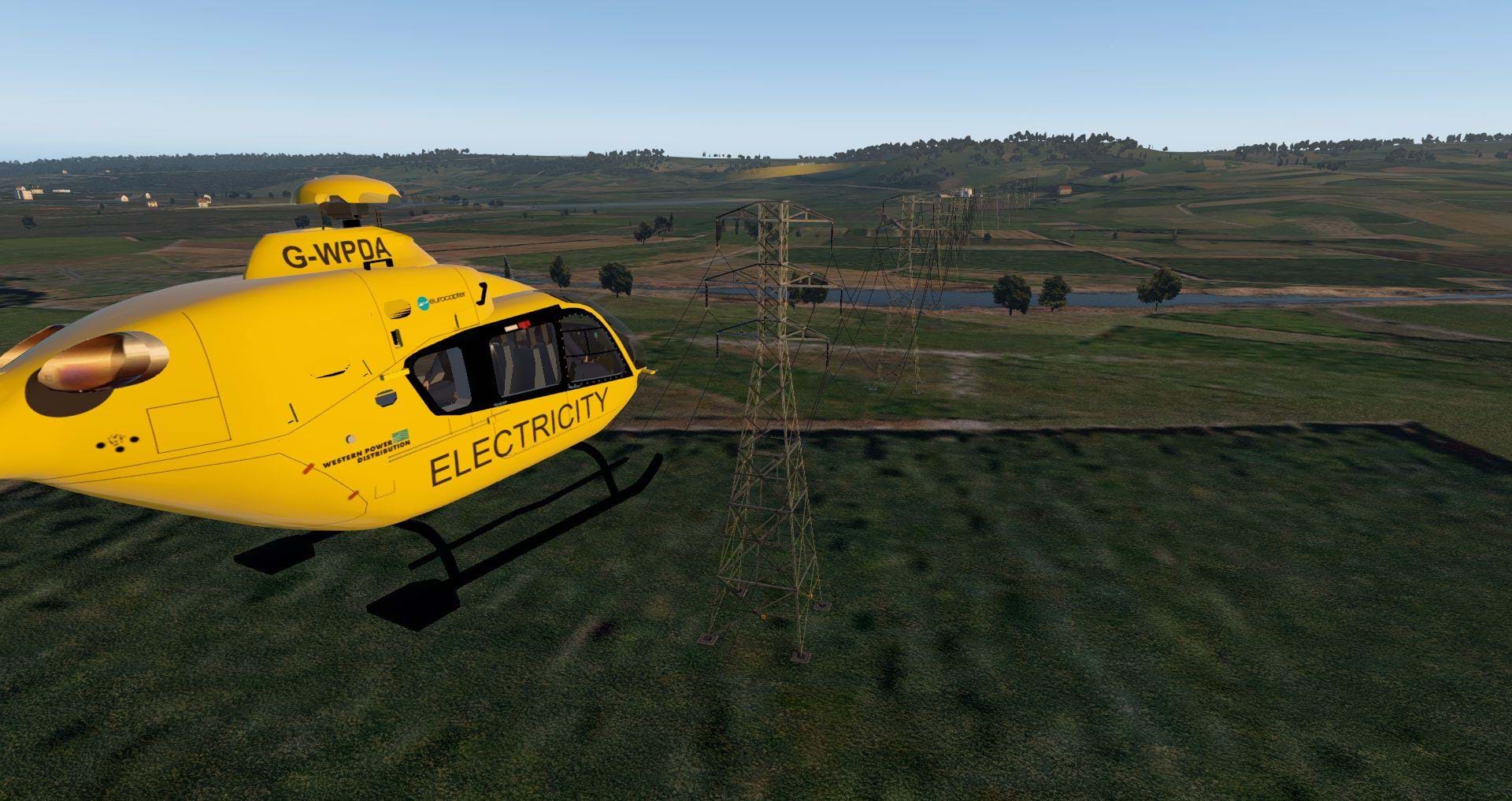 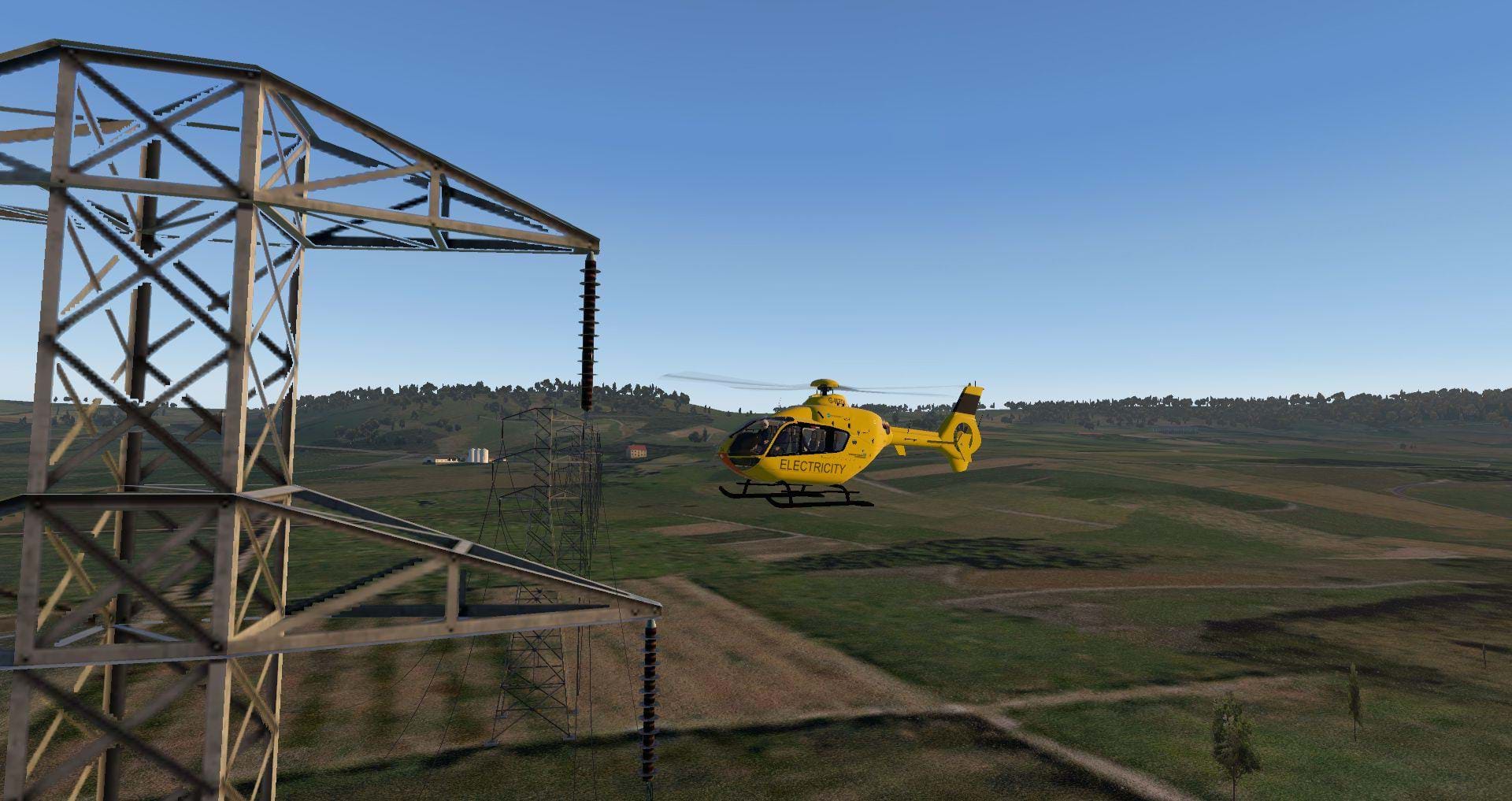 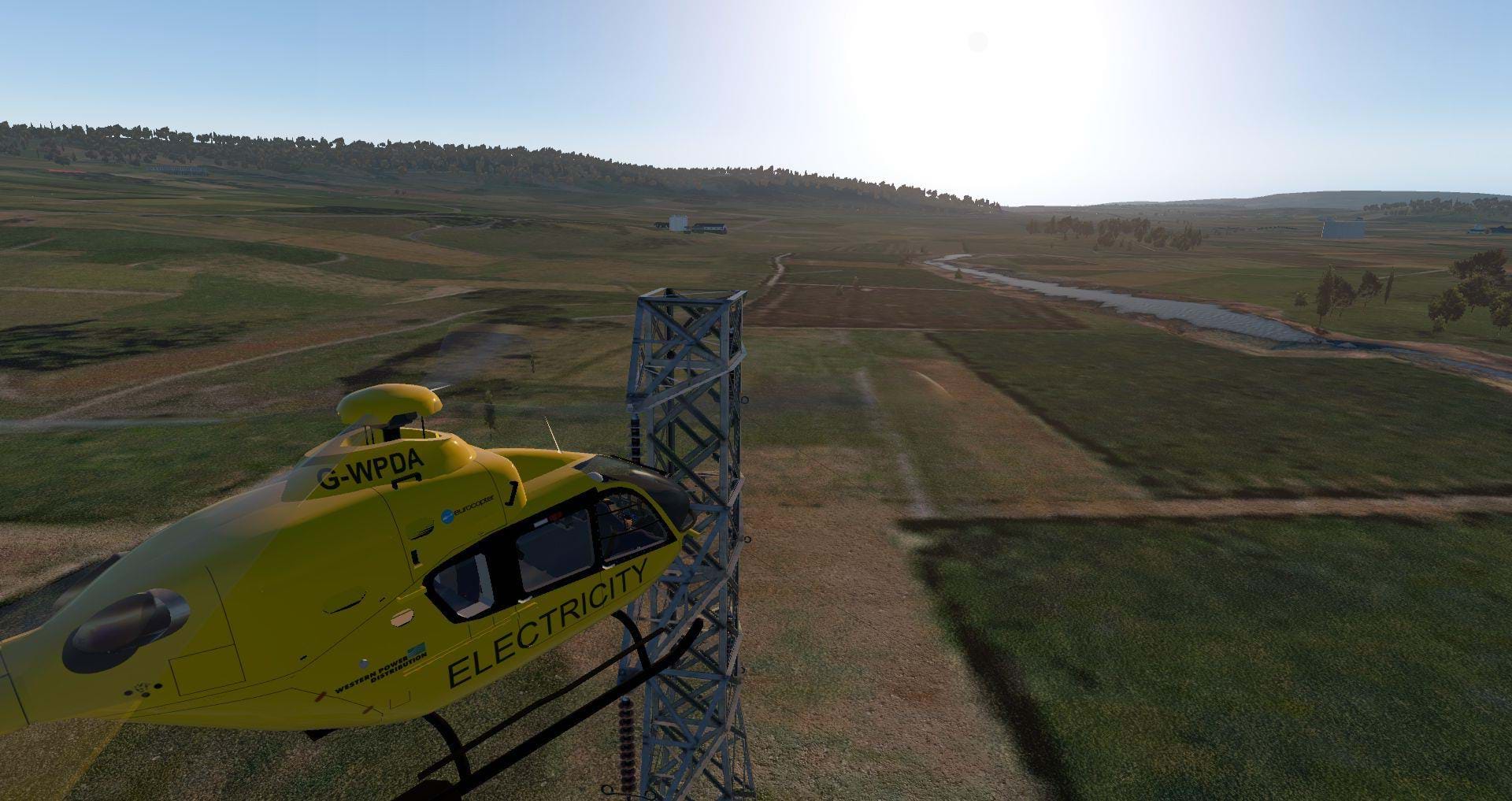 Installation 10
Mesh 9
Textures 8
Buildings 9
Visual impact and quality 9
Frame rate impact 10
Total score
9.1
* The above final rating is calculated from a weighted average and not the direct arithmetic average. This means that some elements of the review will have a higher influence in the final score than others.
Click here to purchase/download or more information