The dynamic duo of mountains in X-Plane has another scenery for you to challenge your virtual self. 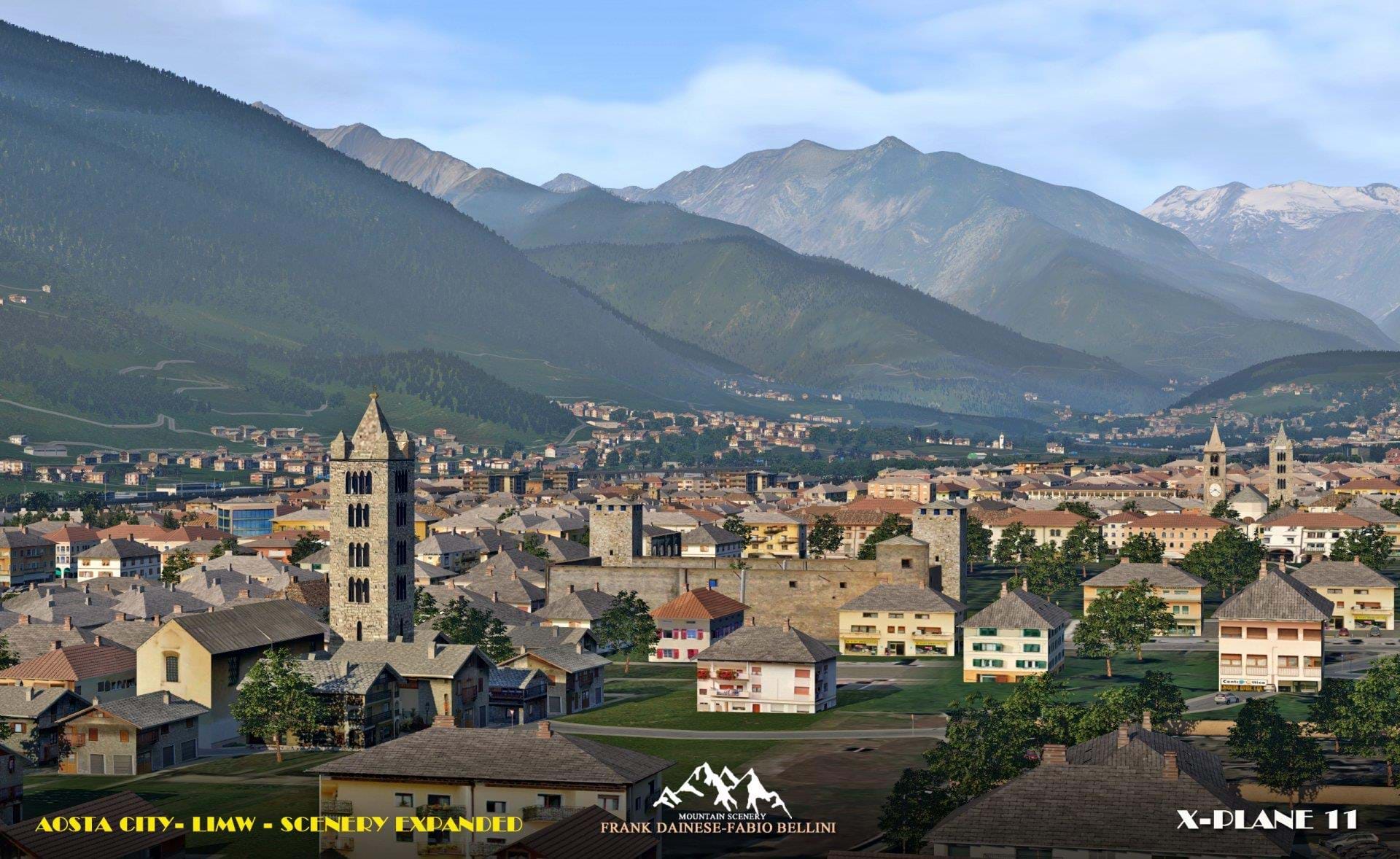 If you are a mountain lover like I am, you probably get a kick out of flying over them in sims. It’s definitely one of my favorite things and there’s usually a lot of different things we can do in these regions.

From medical evacuation, sightseeing, logistics work, transport, there’s just a lot to do and, very often, in quite difficult conditions.

I can say that Frank and Fabio have been supplying us with some quite of the most amazing scenery that depict these areas and I have been having a blast flying on them.

As you can imagine, whenever something they release comes out, I am a happy puppy.

Frank and Fabio just released something new! Val D’Aosta North/Soutn and Matterhorn Park 2.0 is out! And what a release this seems to be. 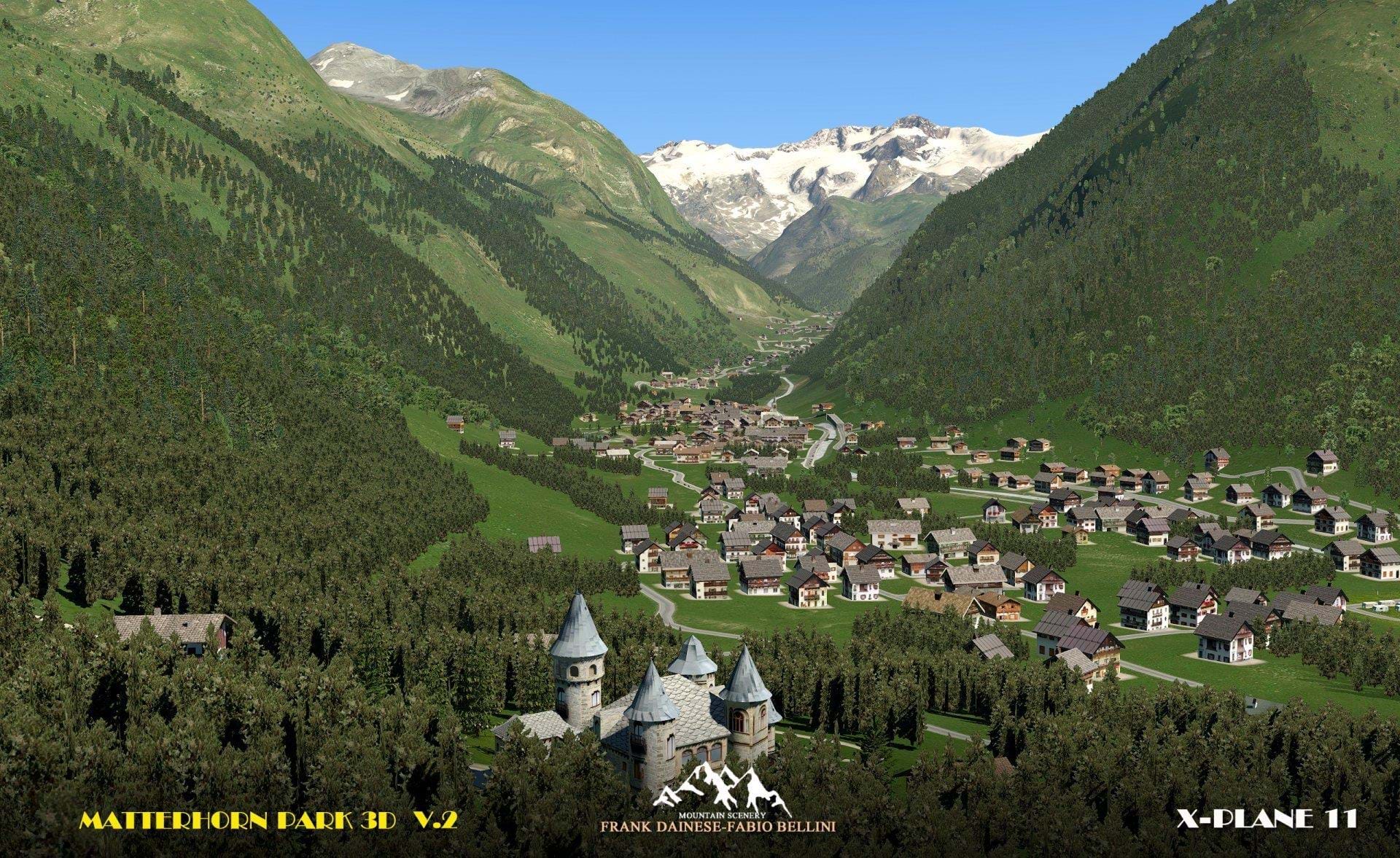 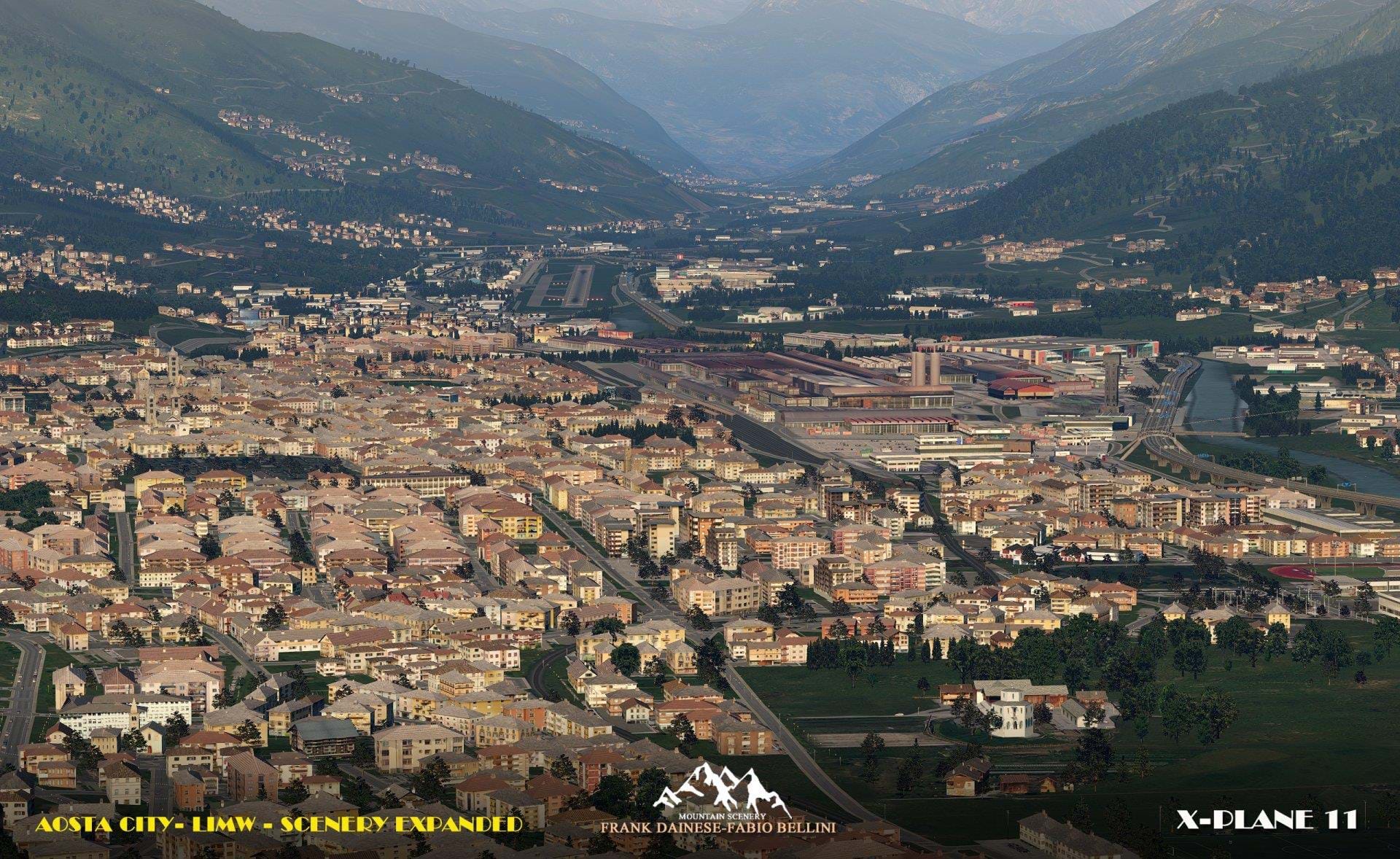 Frank and Fabio improved the 3D model of the Matterhorn itself and the mountain is now populated with a few mountaineers. A lot of buildings were redone and added both in Cervinia and Zermatt. This area was actually quite improved, with a hangar being added to Tash-Zermatt and more details and a train gallery added to the Zermatt Heliport area, as well as refuges dams and other nice additions. 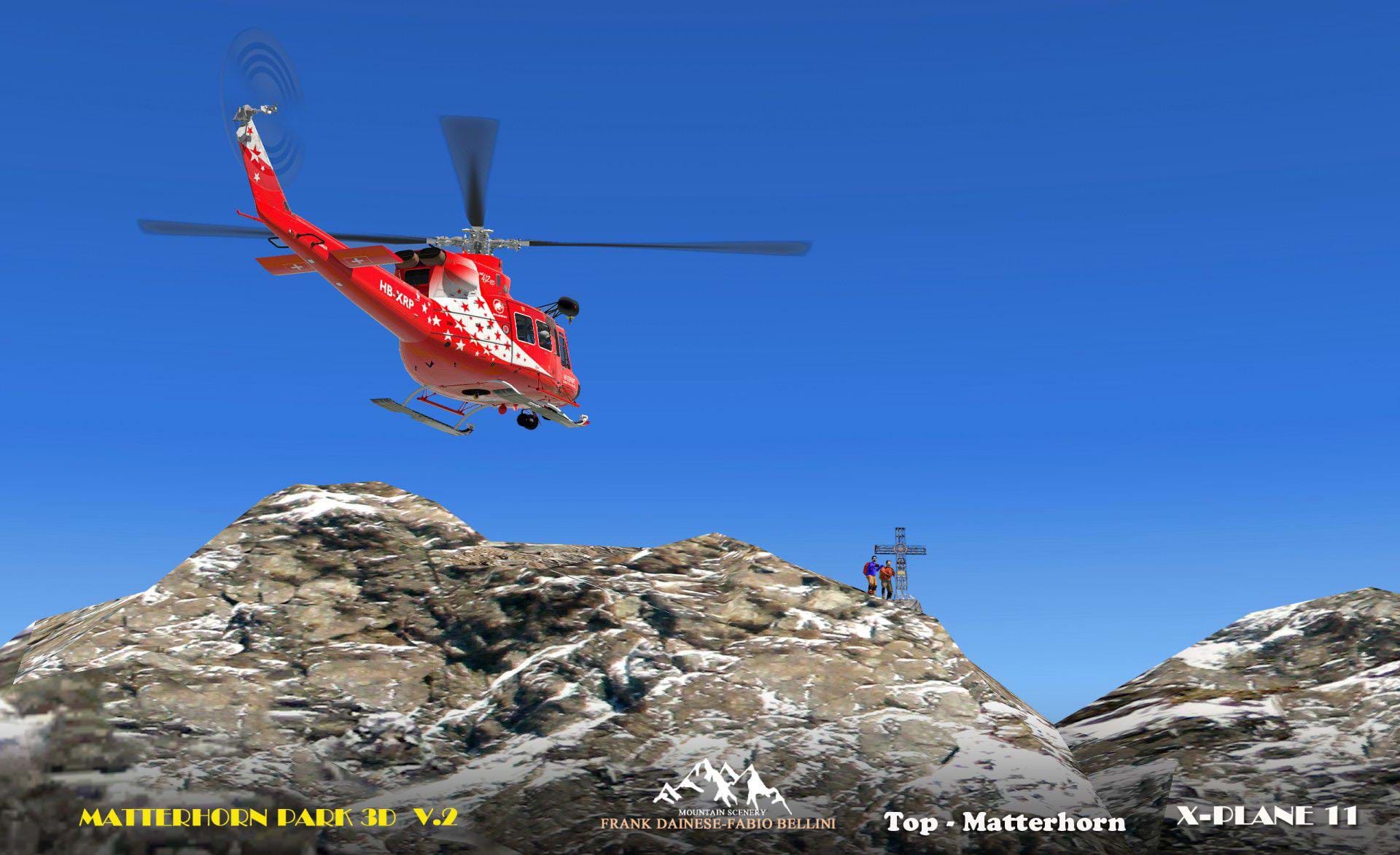 The Cervinia runway was also lengthened, and the airport buildings were redone.

A lot of textures were also reworked and improved and the 3D model of the summit of Gran Paradise was added.

According to Frank, “almost all Alpine lakes have been reproduced, some of which are used as dams” and “more than 35,000 buildings” were positioned. 18,000 in the city of Aosta alone. 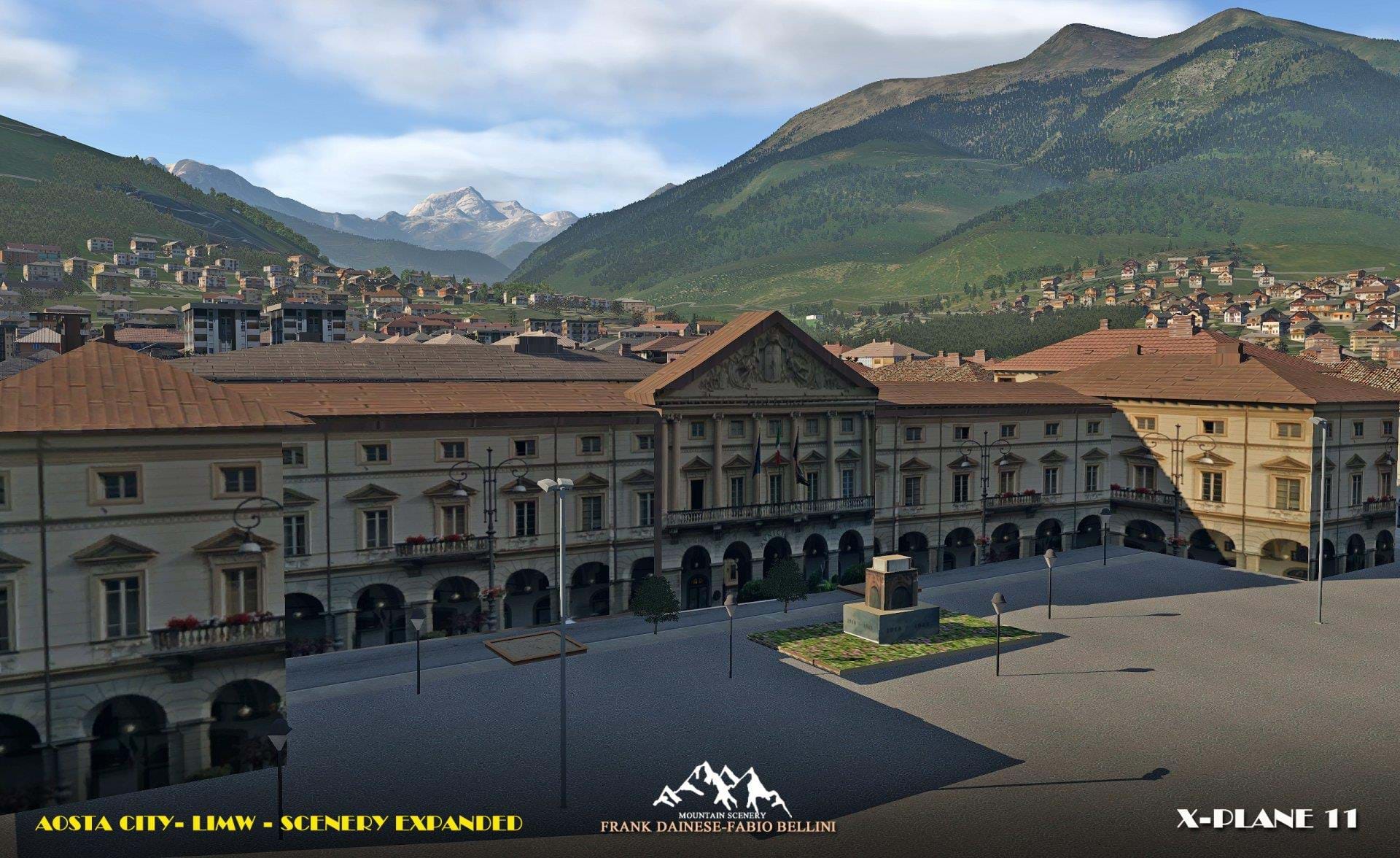 70 more typical house model samples for mountain areas and cities were added, raising the total to 170 and the buildings/objects library was expanded. 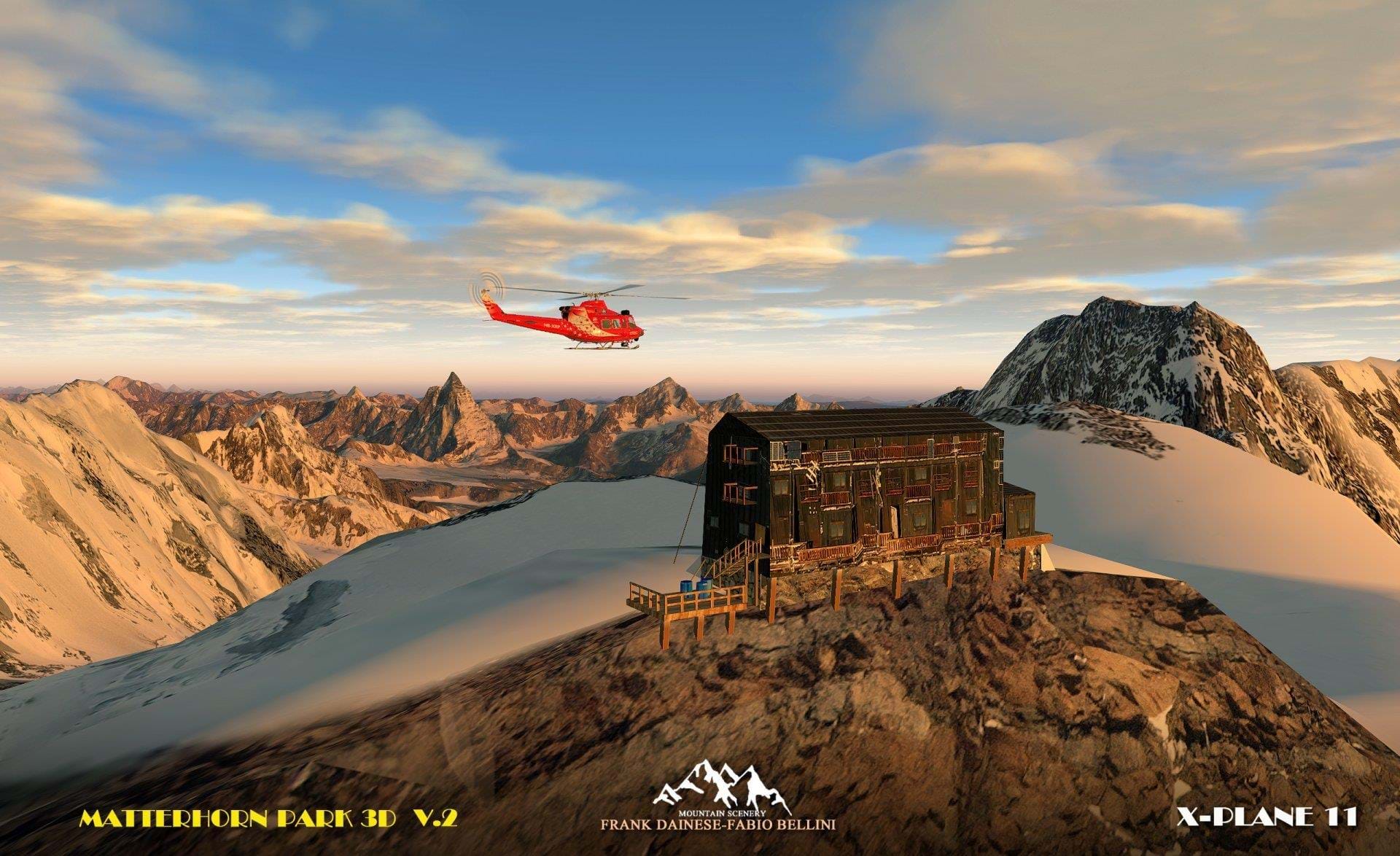 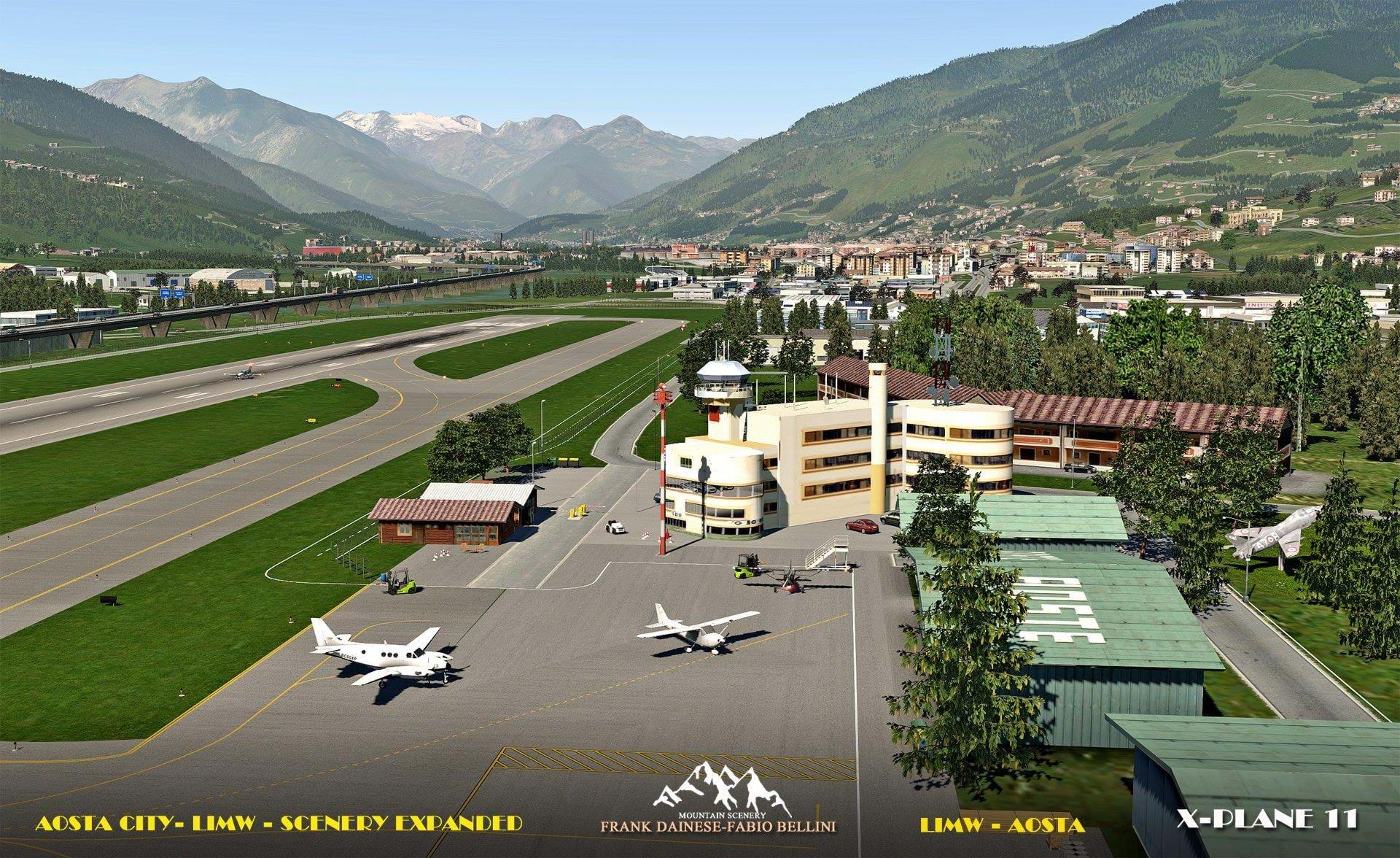 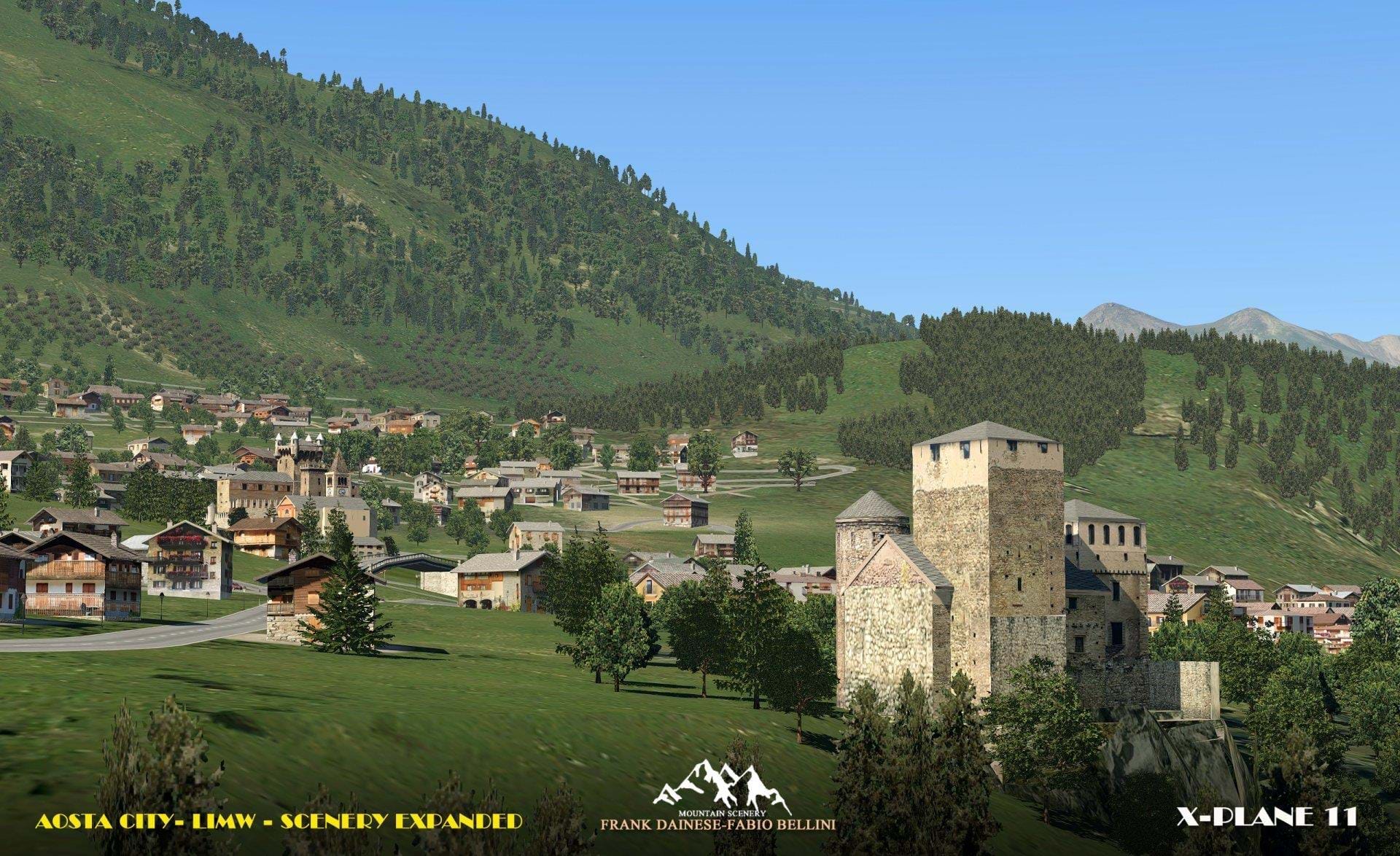 The team also reproduced all the villages close to the capital with their characteristic buildings and main castles: Fenis Castle, St. Pierre Castle, Ajmaville Castle, Introd, Sarre, Seriod, StMarcel, and others. The Aosta Airport (LIMW) was also reproduced with all the airport buildings. 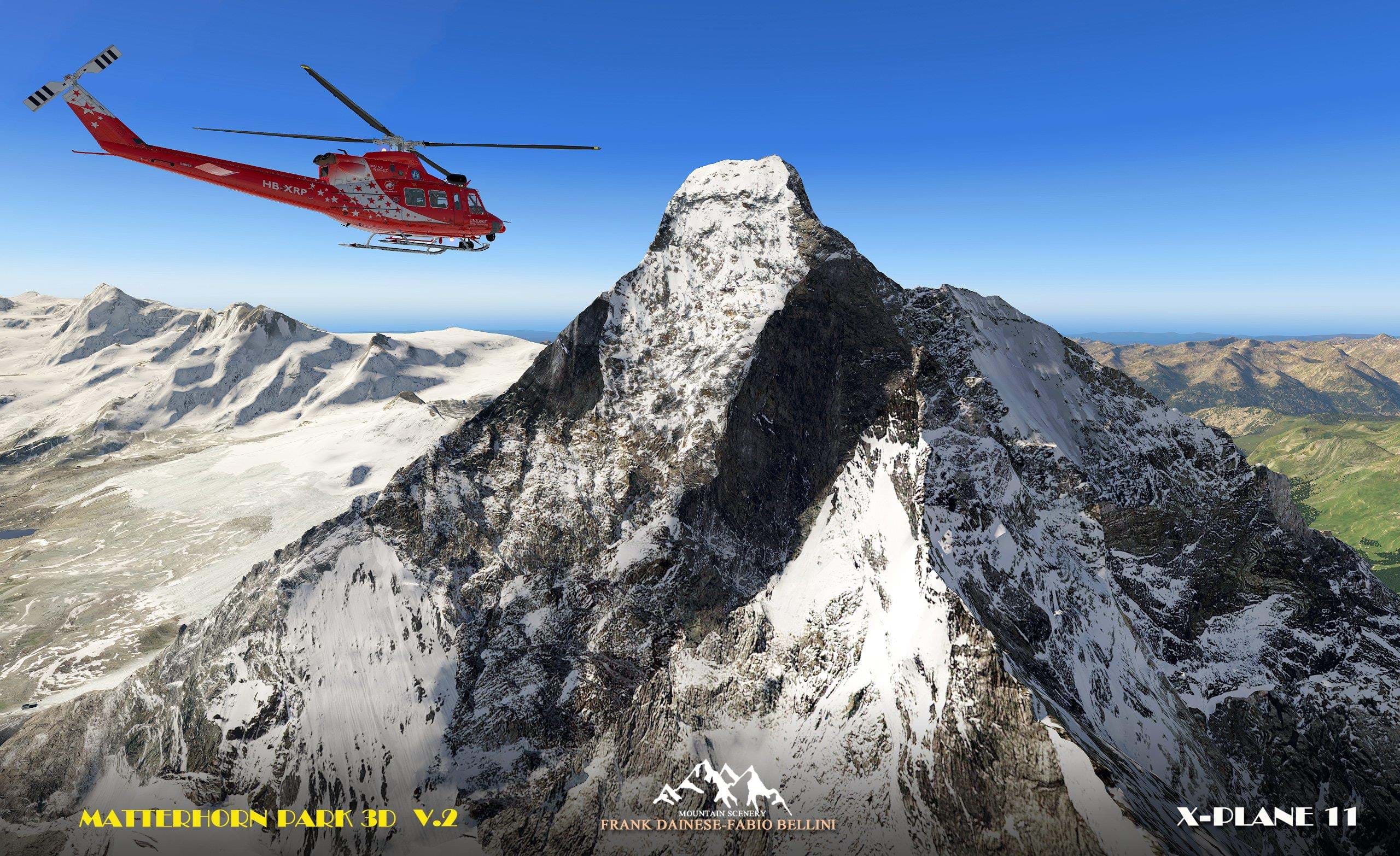 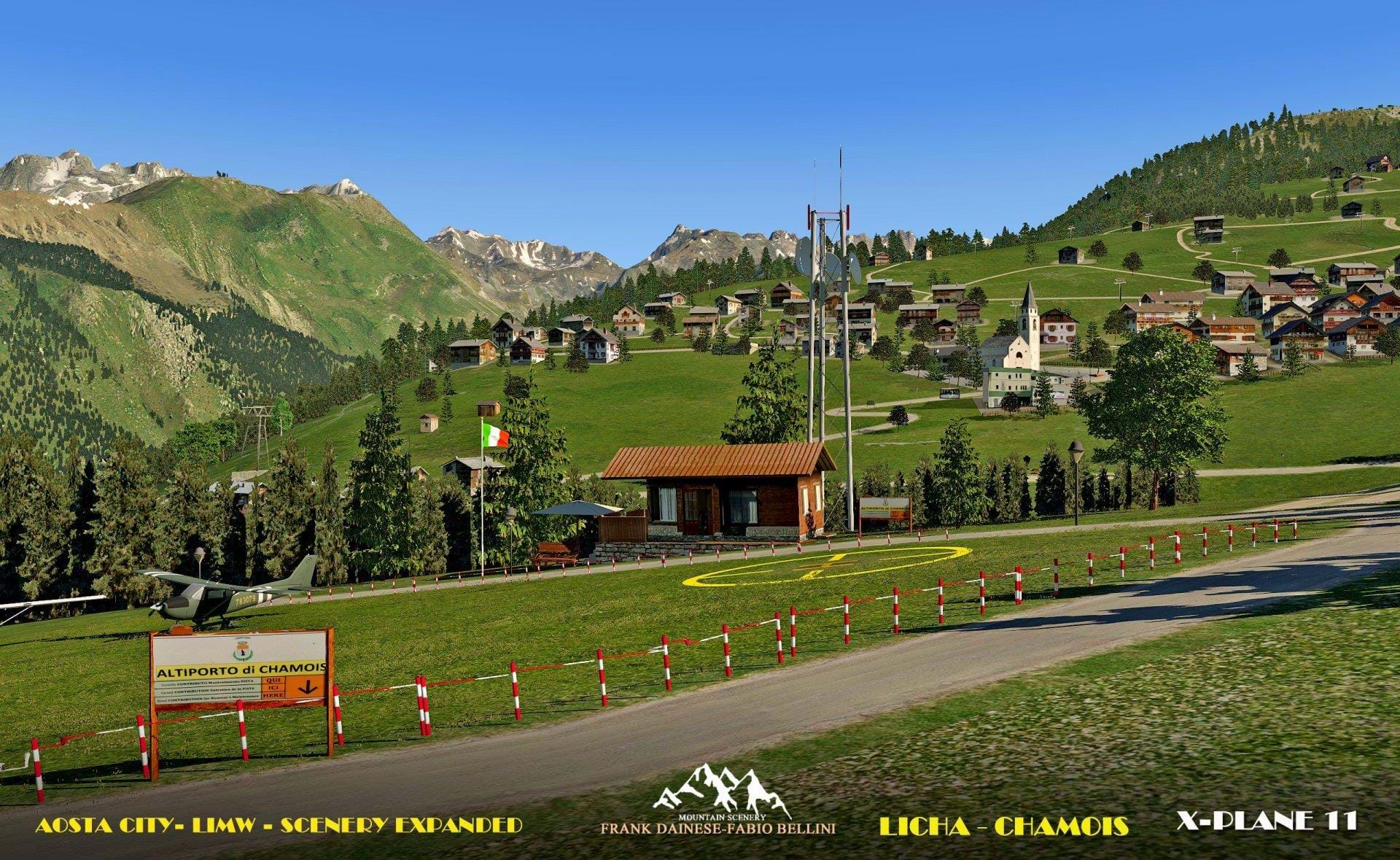 Sounds like a lot? Well, it is a lot!

You can find Frank and Fabio’s D’Aosta North/South + Matterhorn Park 2.0 scenery for X-Plane at the .org store.