Cowan Simulation B222 update for X-Plane brings rain to VR, also in Vulkan

If you are a fan of the Cowan Simulation B222 (and, let’s be honest, if you own it, you have to be a fan of Joshua Cowan’s amazing work) and you are also a VR user, rejoice. Flying in the rain just became that much scary. 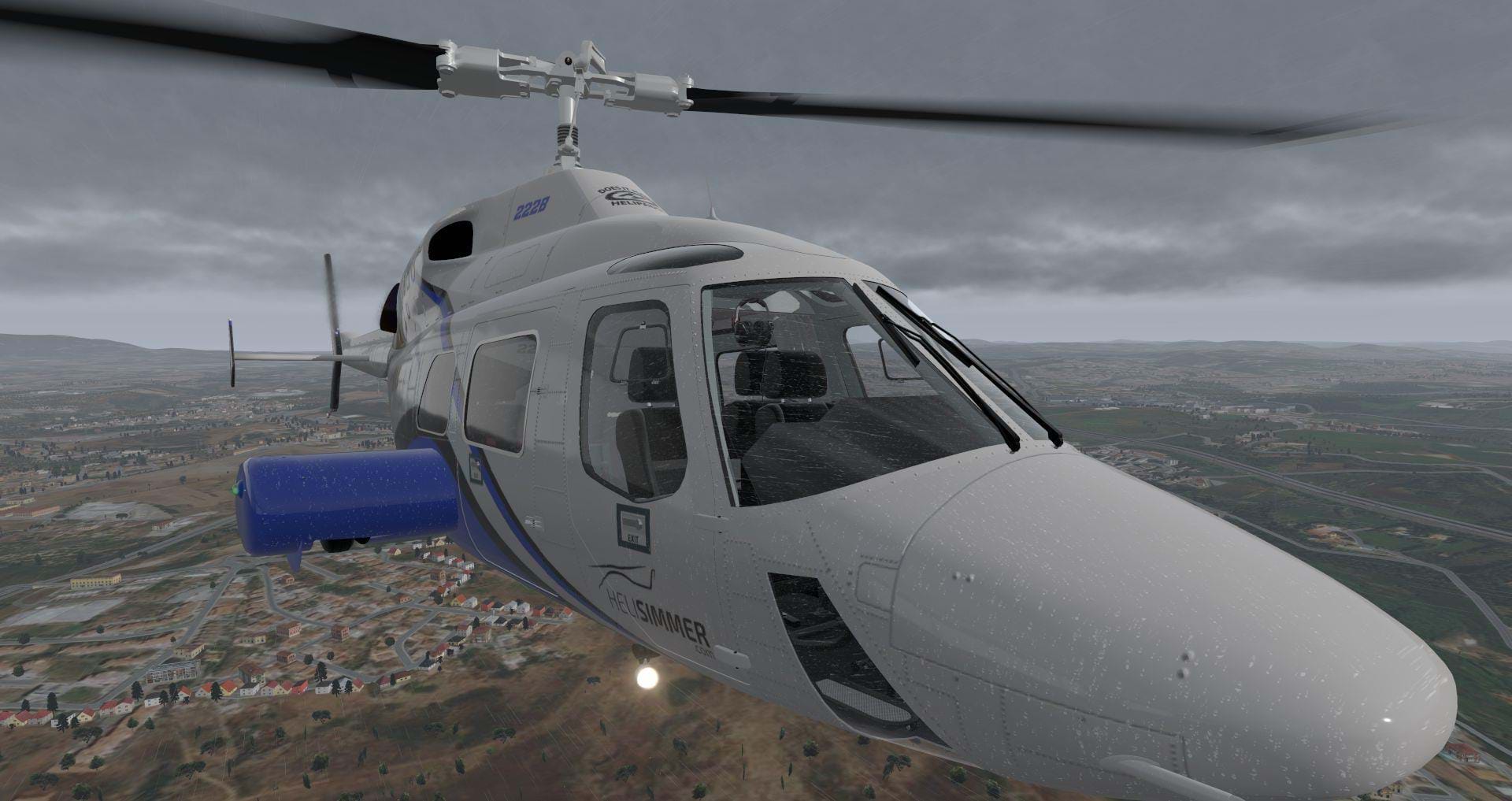 It’s not easy flying in the rain. Especially at dusk or night, right? Do you also get this claustrophobic feeling as your helicopter is toss around with heavy winds and you can’t see anything outside?

Joshua Cowan, the one-man-army behind Cowan Simulation is such a nice guy that he decided to make us even more uncomfortable. In VR.

Cowan Simulation released a new update of their Bell 222 B/UT (that’s 2 different versions) for X-Plane, bringing the helicopter to version 2.40. As promised (and mentioned here before quite a few times), Joshua just keeps pushing this helicopter forth and the updates are more and more impressive.

This time, among other fixes and updates, which you can learn all about on the changelog, we are getting rain. Not just in 2D but also in VR. And not just in OpenGL, but also in Vulkan.

Scrap that. Drop something else. Less dangerous to drop.

Yes, my fellow rotorheads, we are getting rain effects in the Bell 222, in VR in both OpenGL and Vulkan. And, suddenly, the Cowan Simulation Bell 222 just feels even more dangerous, claustrophobic, scary as hell in the rain IN VR.

What a wonderful sensation!

Flying this machine in the rain just gained a whole new dimension. Or two. You start piling up all the little things on top of this helicopter and it’s pretty much impossible not to fall in love with it, even if you are not a huge fan of the actual Bell 222. And, I have to tell you (this will probably surprise you after all the praising I have been giving to this helicopter), I am not. 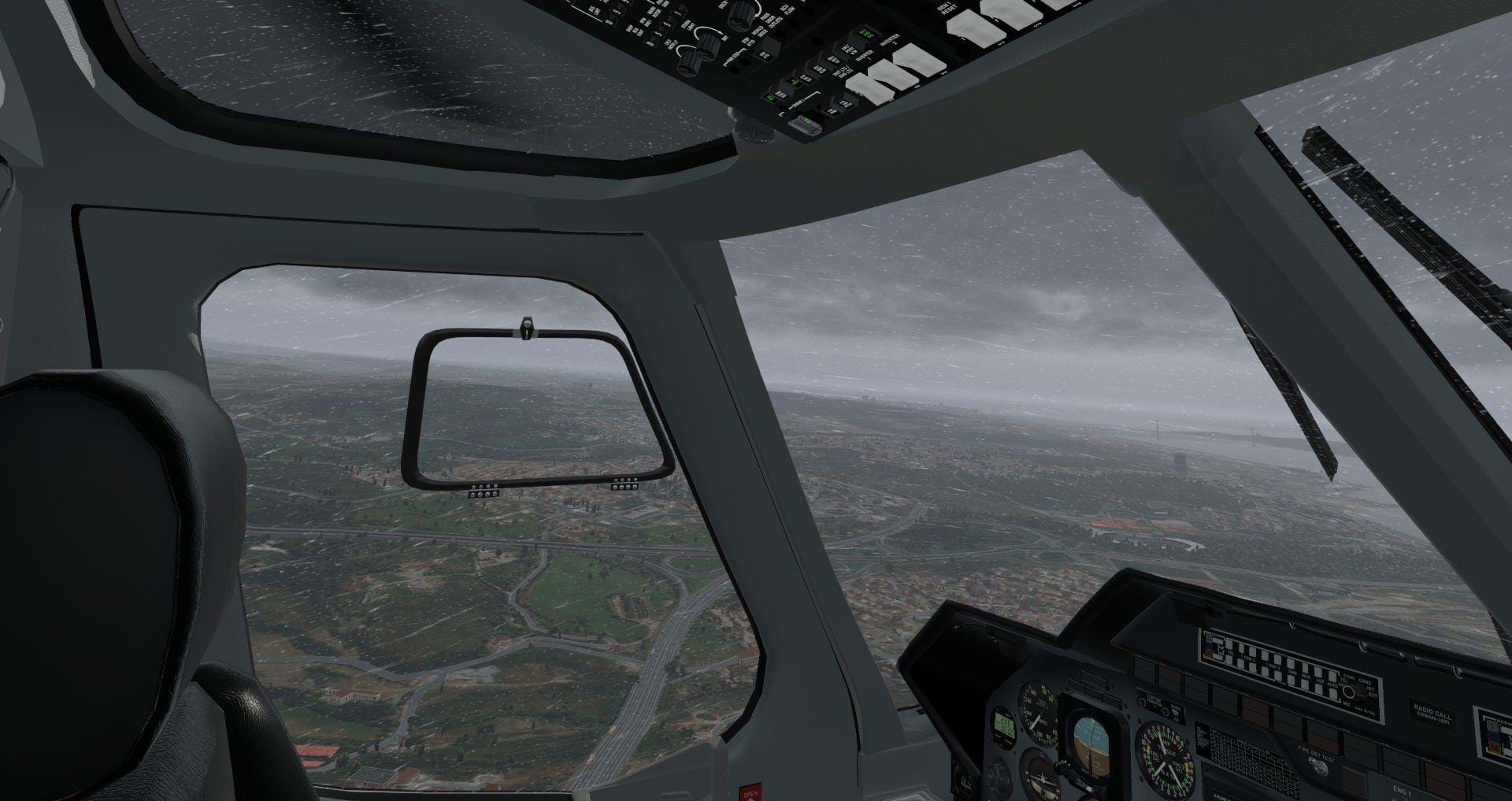 But here’s the thing: while I am not a fan of the actual Bell 222 (don’t ask me why – it’s just a matter of personal taste), Joshua made me start caring a lot more about this old lady and I see myself using it a lot more than I anticipated.

With each update, Joshua adds or improves something that makes the helicopter “pop” even more and it becomes more and more enjoyable.

If you bought the Bell 222 as it was released, you are probably feeling the same as I am: this is a darn good and worthy investment. Joshua has been popping out updates like crazy and this triple-two is, easily, a queen in our virtual hangars.

But wait. What’s the catch here?

And why do I even mention a catch?

Because there is one. The obvious one. Frame rate.

You see, nothing is free in this game of developing stuff for computers. Well, the actual update IS free if you already own the helicopter, but when I mention nothing is “free”, I mean there is some sort of cost associated to adding nice stuff like rain effects in VR.

Not that we didn’t expect it to happen. As you add more stuff into the monitor, you have to pay the price. If you add stuff with effects, that price is higher. It’s just how it goes. And it’s true here as well.

Turning the rain effect on (which you will have to do via the clipboard, mind you – RTFM) will not only make the effect visible, you will also see a drop in your FPS. Joshua mentioned a drop between 8-10FPS in his system. I have recently upgraded my rig (well, I got a new one) and I am seeing a drop of around 5 FPS with my i9 and RTX 3080.

It’s not that bad, in my case. But 8-10 FPS may be a huge drop for some of you if you are struggling to maintain good FPS in VR.

Either way, Joshua did a wonderful job at adding these effects and the drop is not something he could avoid. If you have the rig to deal with it, it is, certainly, an excellent addition.

If you already have the Cowan Simulation Bell 222 for X-Plane, log on at the website and get your update.

If you don’t have this amazing helicopter, yet, you can purchase it here. It’s well worth it. And get both versions – you will get a discount and it’s always great to have options!