The developer is set to break boundaries and seems to be heading on the right path to become one of the most important helicopter developers in the community. 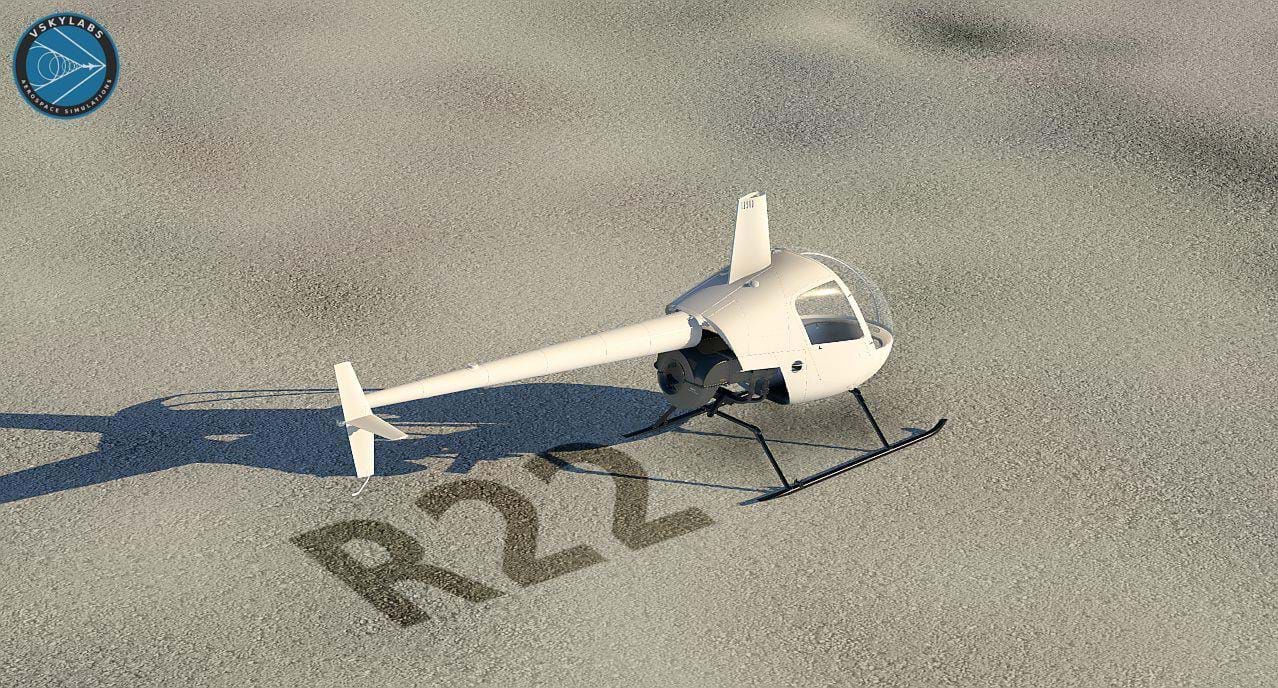 A few weeks ago, VSKYLABS announced they were planning on developing the full Robinson family for X-Plane, bringing the R22, R44 and R66 to the sim.

Ever since the release of the first helicopter (the Cabri G2), VSKYLABS seemed to have found their joy in developing rotor wing aircraft for the sim and they continued to do so as they developed the Mini 500 and, most recently, the Cicaré 8.

VSKYLABS has now reached out with a bit more information about the first Robinson in production, the R22 and I can’t say I didn’t get excited to see what they have planned.

The developer is following the actual R22 maintenance manual and POH (Pilot Operating Handbook) and adding features that are faithful to those documented, as well as keeping the 3D model very close to the real machine.

Speaking of the 3D model, VSKYLABS sent us the first screenshot of the model inside X-Plane. WIP much?

But the part that got me really curious – and excited to read was not just about “the numbers” on manuals. It was rather something that shows VSKYLABS is trying to push things further and set their models apart from what we are used to see in X-Plane.

Not only the regular operations of the aircraft are to be truth-to-real, VSKYLABS is also adding a treat to those that will be using VR. Things such as testing the warning light system “via the warning light test strip which is located behind a cowl door, outside of the cockpit, on the right, aft position inside the fuselage” will be possible. So, you can exit the helicopter in VR mode and do just that as you look inside the cockpit.

Either you love the R22 or hate it, one thing is for sure: it seems like the VSKYLABS version may be setting the path for a series of very interesting helicopters coming our way.

2020 is looking brighter and brighter.