It’s not a full-fledged sim, but Dusty Diamantina is a lot of fun – and a potential gateway to get your kids interested in helicopters. 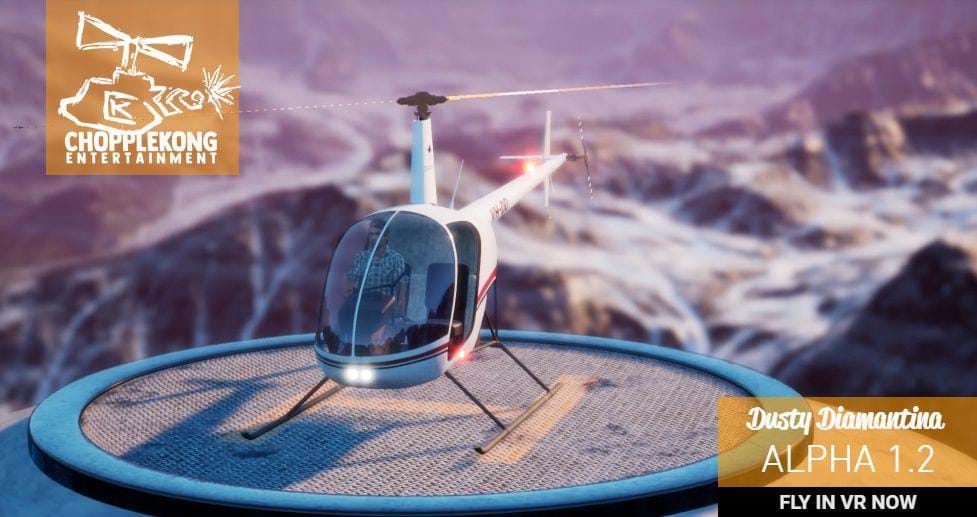 Full VR. That’s how it rolls. No joysticks, no fancy controls. Just your VR controllers.

Amazing helicopter physics? Nope. Don’t expect that either. That’s not the point.

Dusty Diamantina is not a full sim. Chopplekong Entertainment, the developer is making it to be something fun and to be used exclusively with a VR kit and the VR controllers in the good Australian outback.

The goal? To muster cattle, of course!

The developer, Jonno Ament, grew up in rural Australia and learned to fly before he could legally drive. “I've always been fascinated by aviation and most of my siblings are pilots, but I get a kick out of virtual reality game development and so now I can combine the goodness.”

The game was originally developed as a general public experience for World Helicopter Day, but Jonno couldn't stop there. The simulator challenge was accepted and it's now good for early access release.

“There is plenty more to do, but it makes sense to allow people to fly now so I can get their feedback.”

The game is to be simple and stay simple. It’s the kind of game which has realistic elements but is decidedly entertainment based to appeal to general gamers.

It can be a great way to get kids interested in helicopters as it’s easy to start playing with, doesn’t require any kind of special hardware – except a VR kit, of course – and the flight model is very simple. So, there’s no risk of frustrating them. Also, it gives them a sense of purpose and a goal to beat.

The game can be purchased in Alpha state and downloaded right now. It has been tested on the Rift S and HTC Vive with good performance and Jonno is looking for feedback from the users.

Please note: the Alpha doesn't have cattle mustering yet (although a previous version had but the game is being improved). It only has a playground for you to try it out and provide feedback.

Everyone who supports the development will have their name in the credits if they agree to it.

Currently, the environment is a beautiful mountainous landscape developed by Unreal Engine. The outback Australian scenes will begin to make more of an appearance in upcoming alpha releases, along with the creatures which keep the experience challenging.

If you can find the crashed UFO or the hidden chamber, take a screenshot and post it on Helicopter Flight Simulation. Your name will then go into a hat on November 1st and a winner of a HeliSimmer.com t-shirt will be drawn.

Jonno decided to support our project and is donating US$2 of each sale to HeliSimmer.com, which is very generous of him. 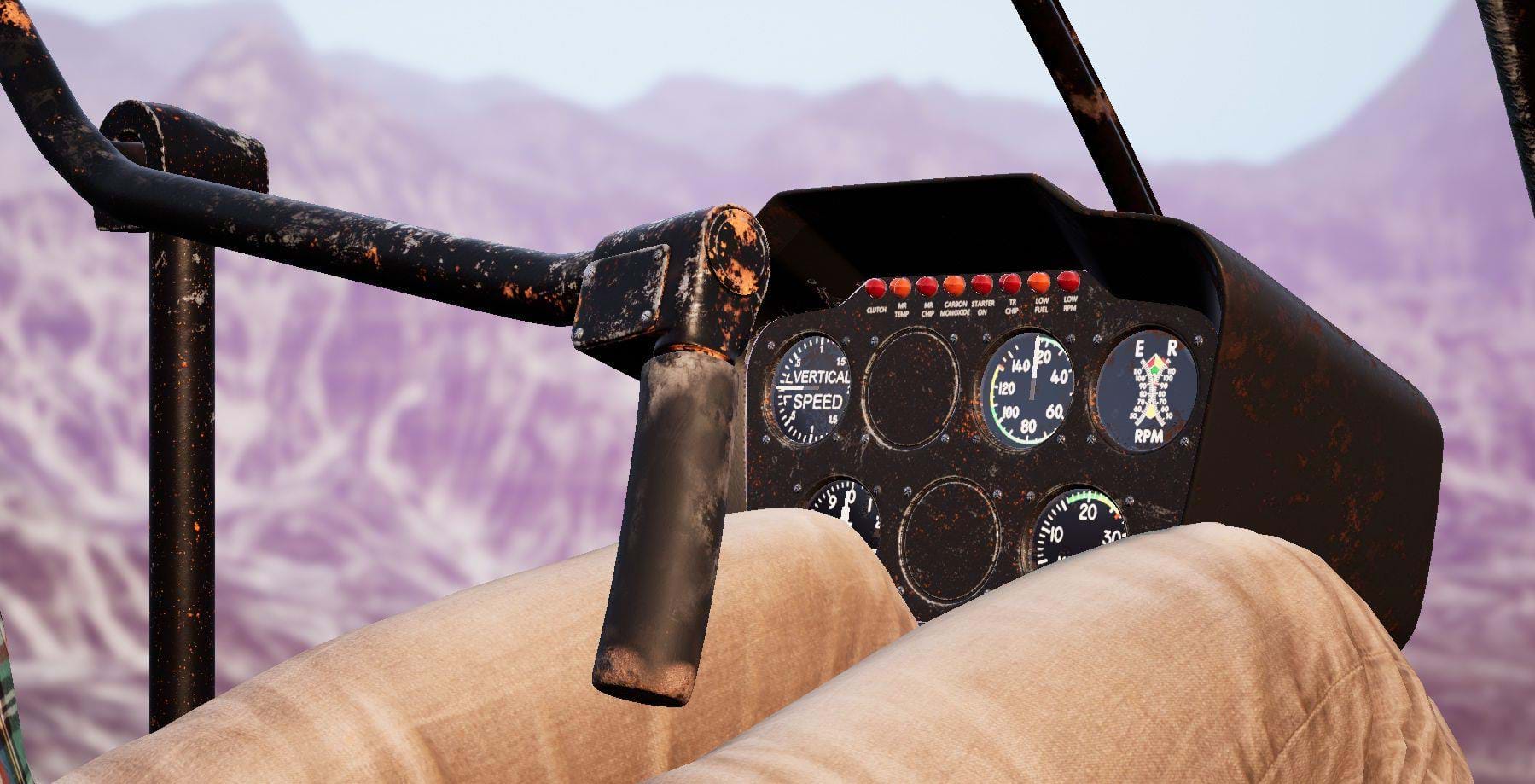 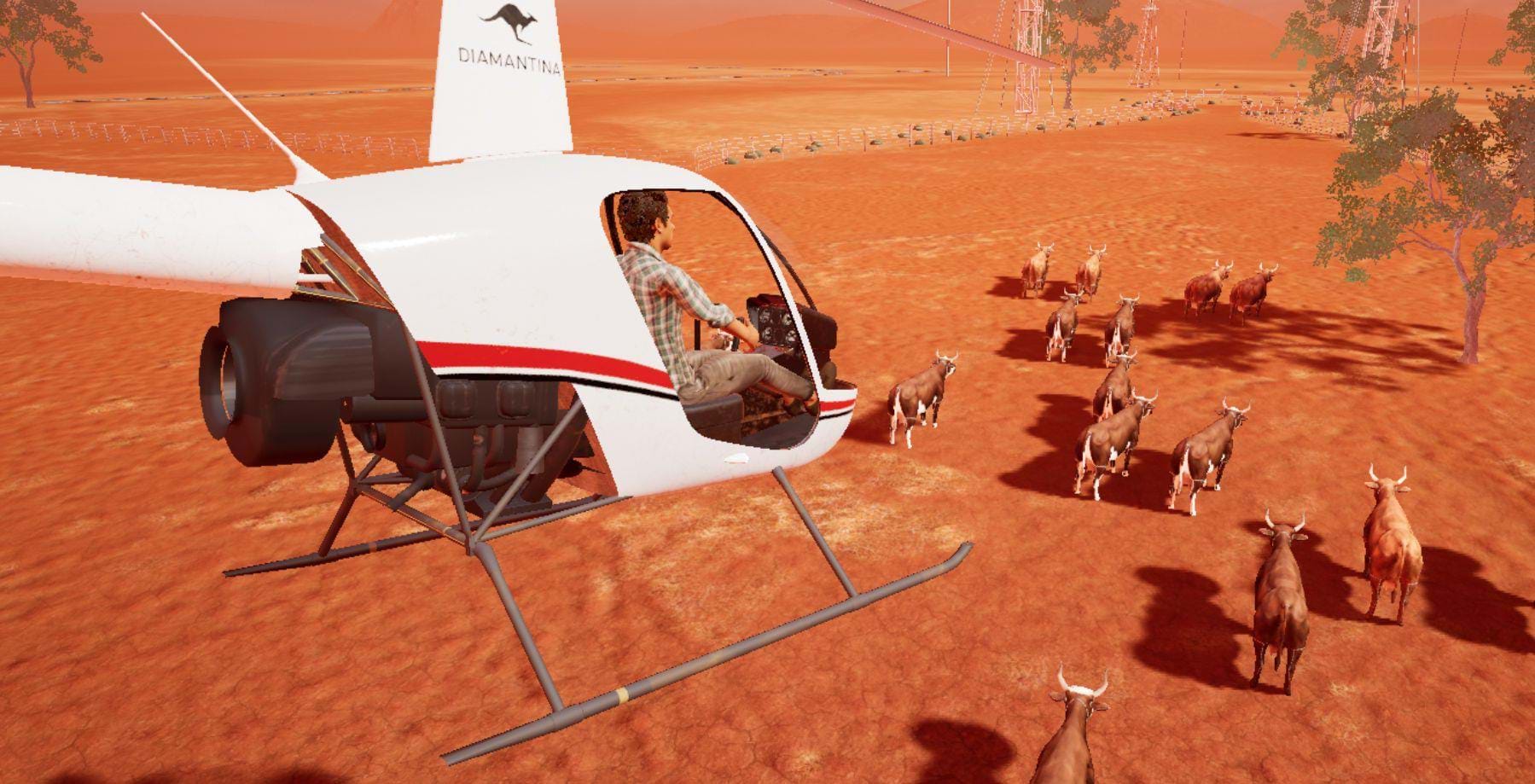