Do you want to get a collective with or without a throttle? The TCS Plus Base gives you that extra feature, which is handy!

Let's start with the disclaimer: the only reason why this crazy batch of reviews are possible is because VIRPIL sent me a ton of stuff for me to try. But, rest assured, I will be completely unbiased and totally honest with both you and VIRPIL. If something is not right, I will call it. But if it is, I will obviously say so as well.

So, thank you very much, VIRPIL.

VIRPIL has released a few helicopter-dedicated hardware recently and, unsurprisingly, we get to select some combinations to make it more to our liking. As the company continues to work on other options, we already have a choice to make when it comes to the base. We can get the simpler VPC Rotor TCS Base, which provides you with only the collective axis, or the VPC Rotor TCS Plus Base, and, in this case, you’ll also manage to control the throttle. 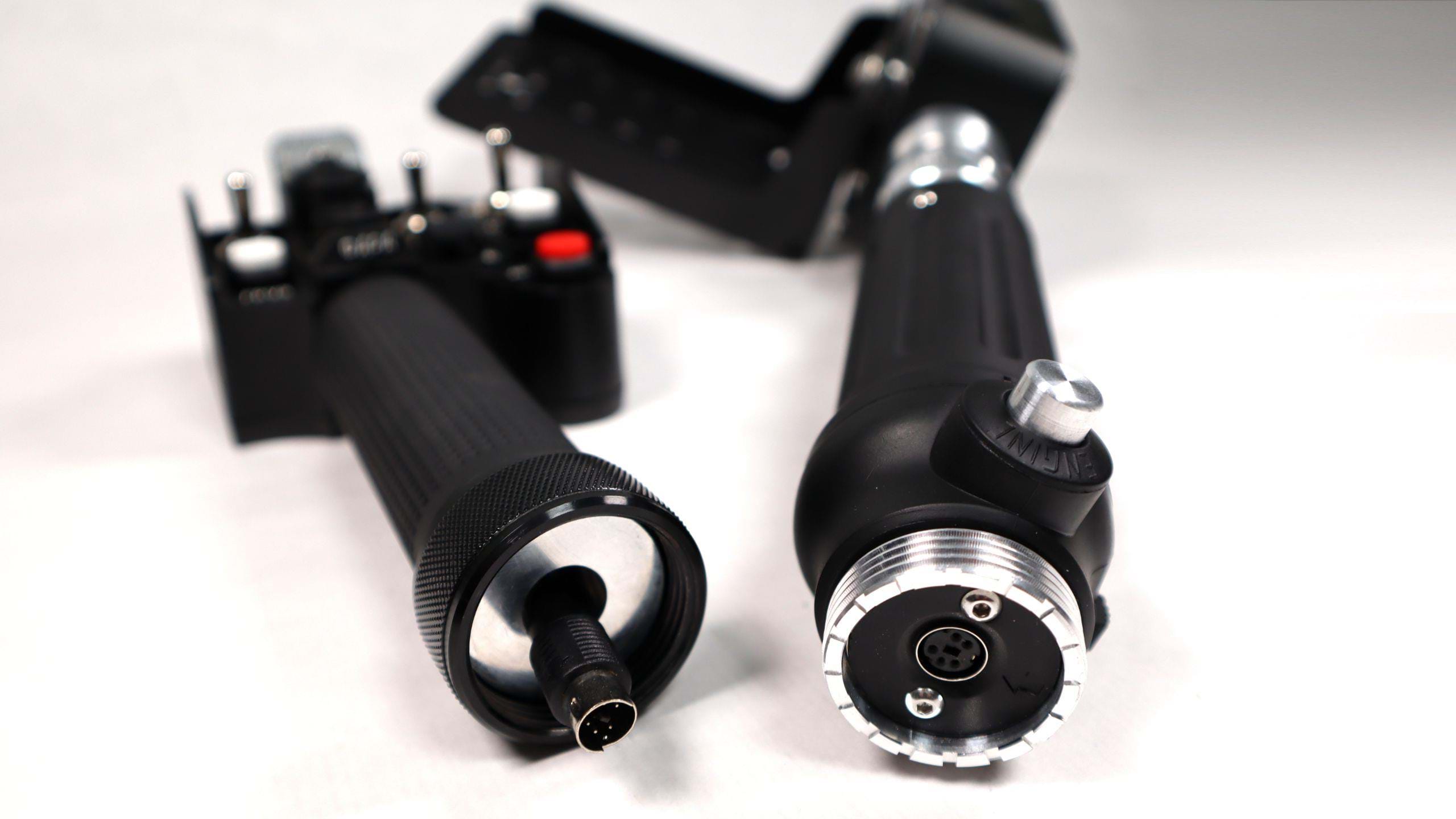 By the way, I have reviewed (or, better yet, previewed) the non-throttle version of the base, the VPC Rotor TCS Base with the SharKa-50 grip. Go check it out if you haven’t already.

Why go with the non-throttle version when you have the throttle one? Or vice-versa? 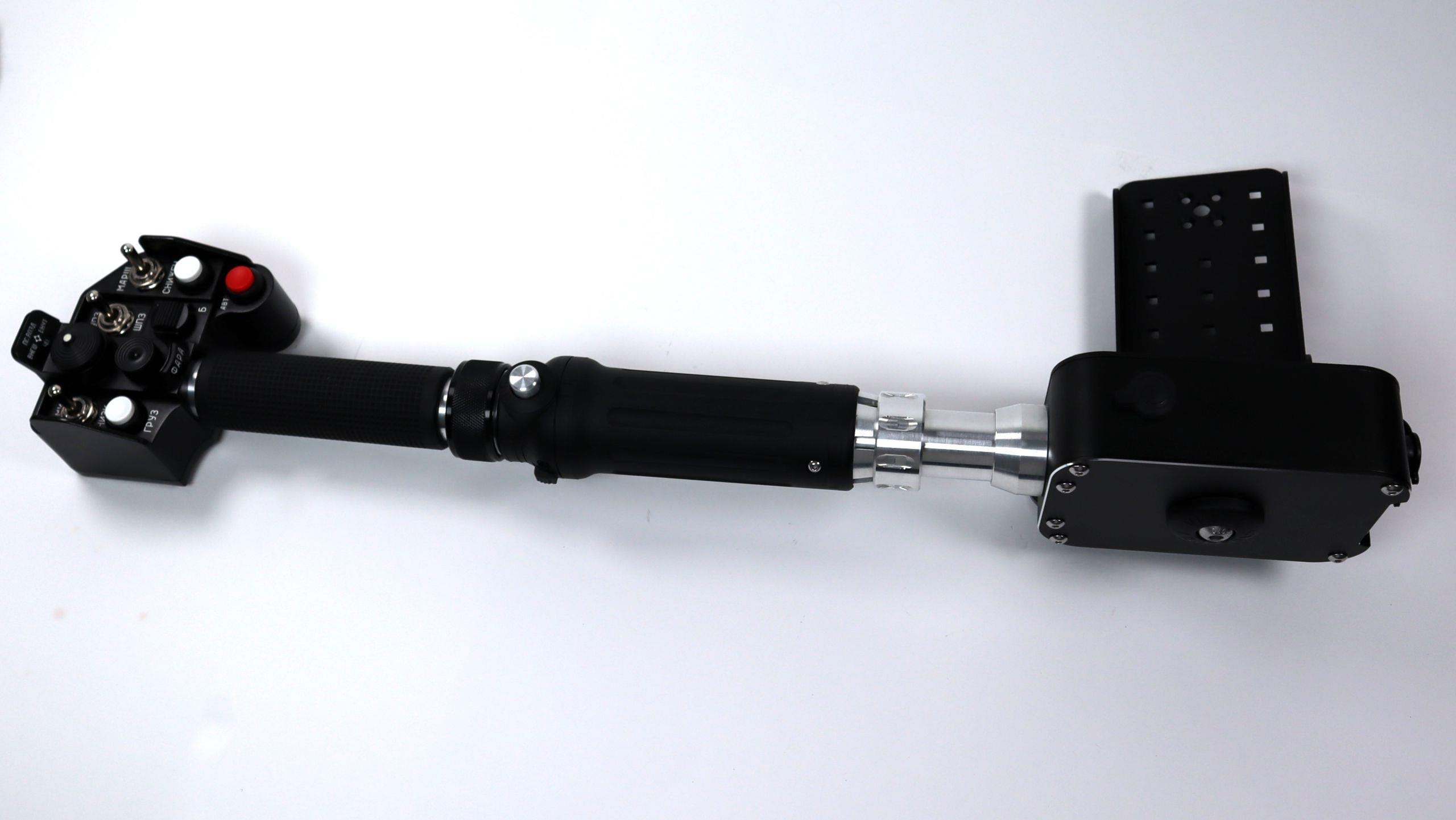 Perhaps people really don’t see any use in having a throttle. Or maybe both. I have seen folks asking if it’s worth paying the extra 100 Euros to get the extra axis. I can’t tell you that (it’s your money after all) but I can at least let you know why a throttle is handy.

If you are not completely clear about how helicopter controls work – and, in this case, the difference between a throttle and a collective – you can watch this video I have done some time ago explaining just that. I am also embedding it here for your convenience.

Please do watch it if you have any doubts about how it works. By having a better understanding of what both do, perhaps will help you in making a decision.

This may be something you want to take into account as well. In the end, it’s a matter of personal choice. In my case? I prefer a collective with a throttle axis and I would pay the extra 100€ to get one. 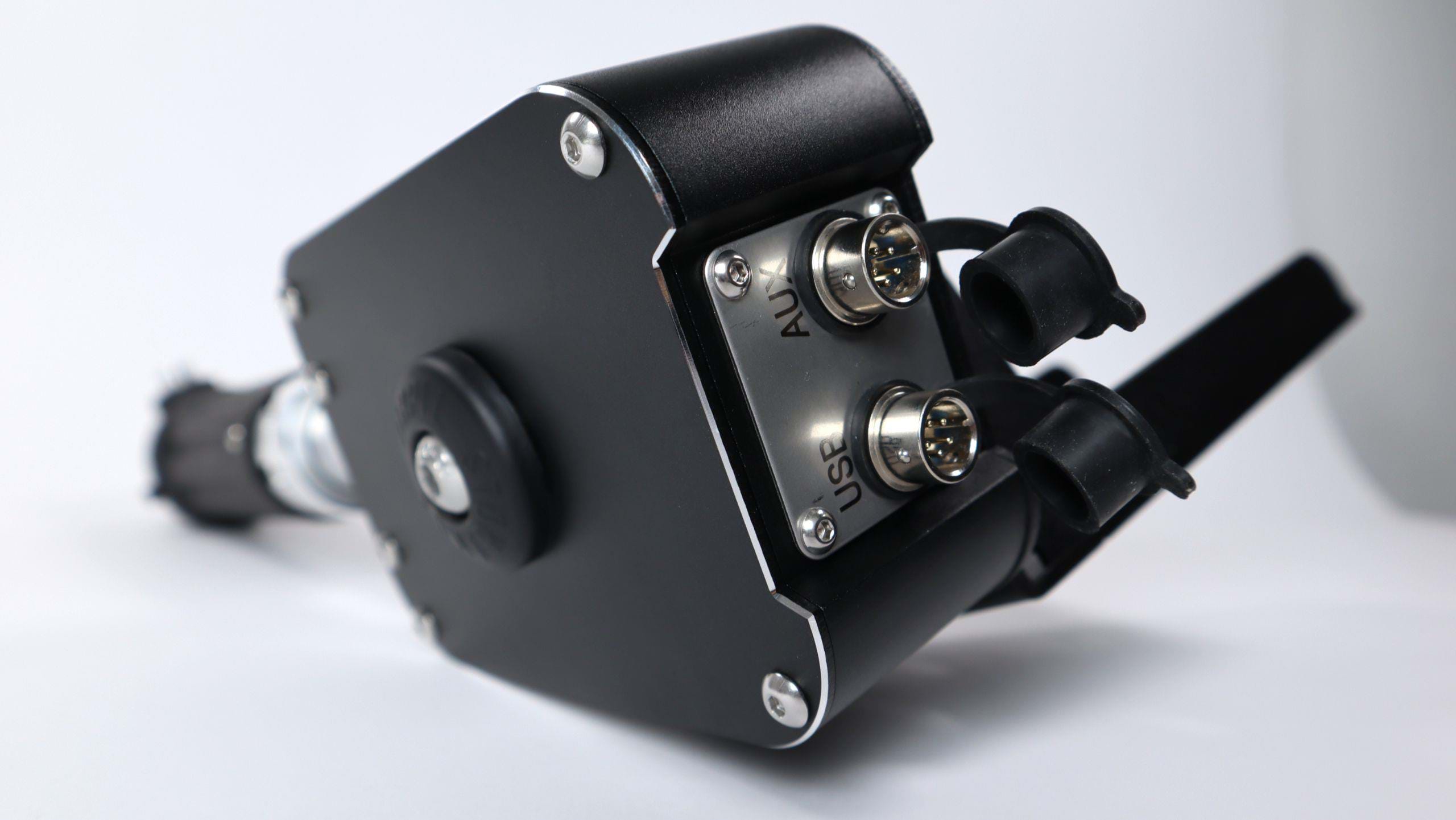 But, again, that is my own, personal choice. I like to have the ability to control the throttle in a more realistic way on most of the helicopters I fly (I don’t use it on the Gazelle, for example) and perhaps even go a bit crazy and disable the governor on the good old S300 or Bell 47 and fly it “by hand”. It’s quite the challenge but a lot of fun!

It is, of course, your own choice (and money) but here’s the thing: if you get a collective with the throttle, you can always opt not to use it on some helicopters. But you can’t do the opposite and use the throttle when you don’t have one in the first place, right?

Options are always something good to have, in my opinion.

A word of notice

Please be aware that I am not going to cover every single detail about the base on this review because of the simple fact that I have done it already, on the preview I did for the VPC Rotor TCS Base. While I hate to just refer you to another article the truth is that I would just be repeating myself.

You can read all about how to mount it on your chair and how to install the base and plug it into your computer on that preview. The process is exactly the same as the parts are quite similar.

I will go through some of the information I did not have at the time when I previewed the VPC Rotor TCS Base and I do have now as I will, of course, cover the differences between both. Or should I say, THE difference between both: the twist throttle.

Important note: if you have multiple VIRPIL controls, make sure you connect one at a time and set them up separately to prevent issues, conflicts or even damaging your controls.

Customizing the VIRPIL VPC Rotor TCS Plus base

One of the points I didn’t cover in my preview was the ability to customize the base. Not only aesthetically but also how it works. 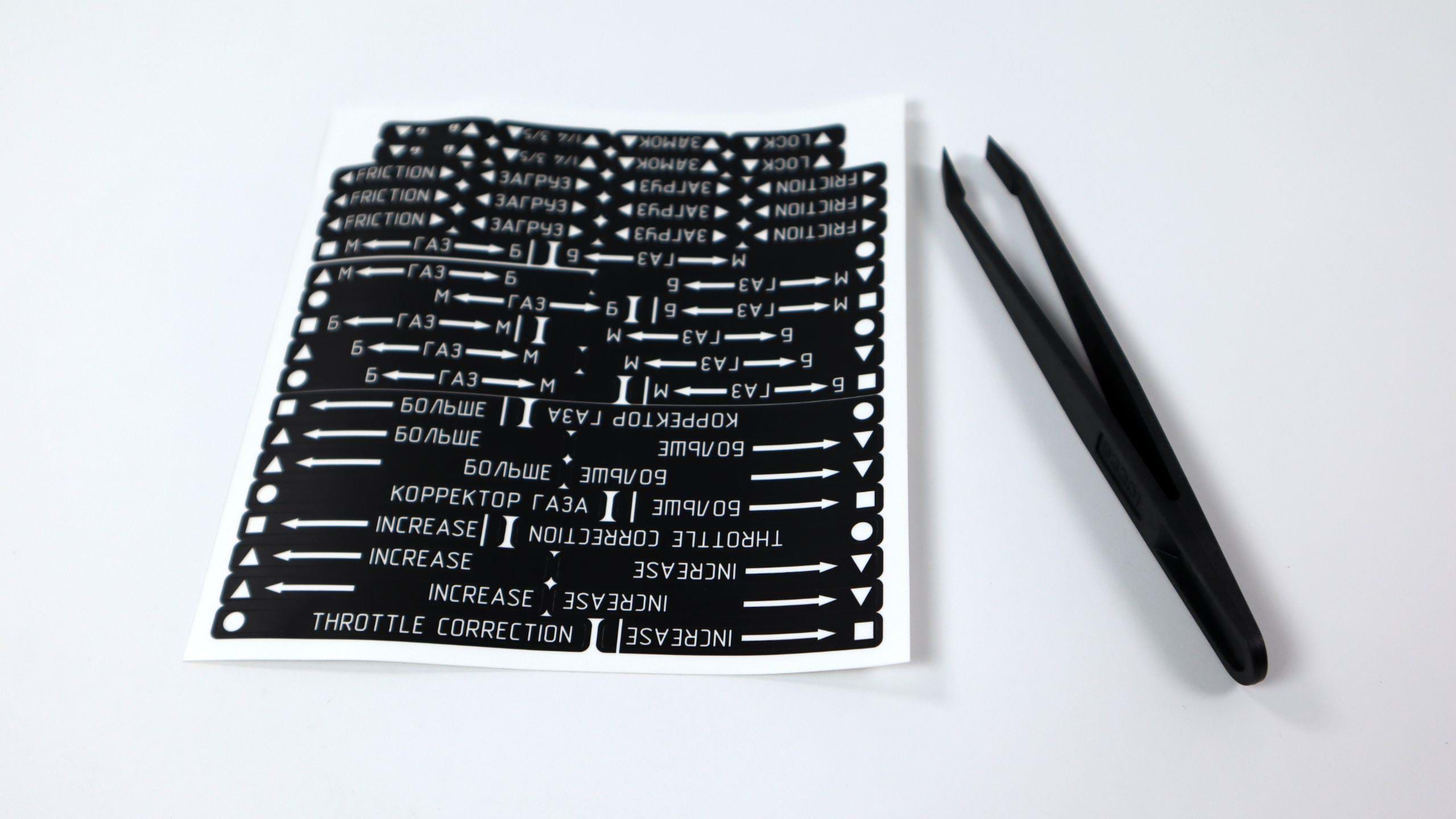 VIRPIL ships a few stickers we can place on the unit as well as a tweezer to help us do so. The stickers come in both English and Russian, so you can select either, of course. 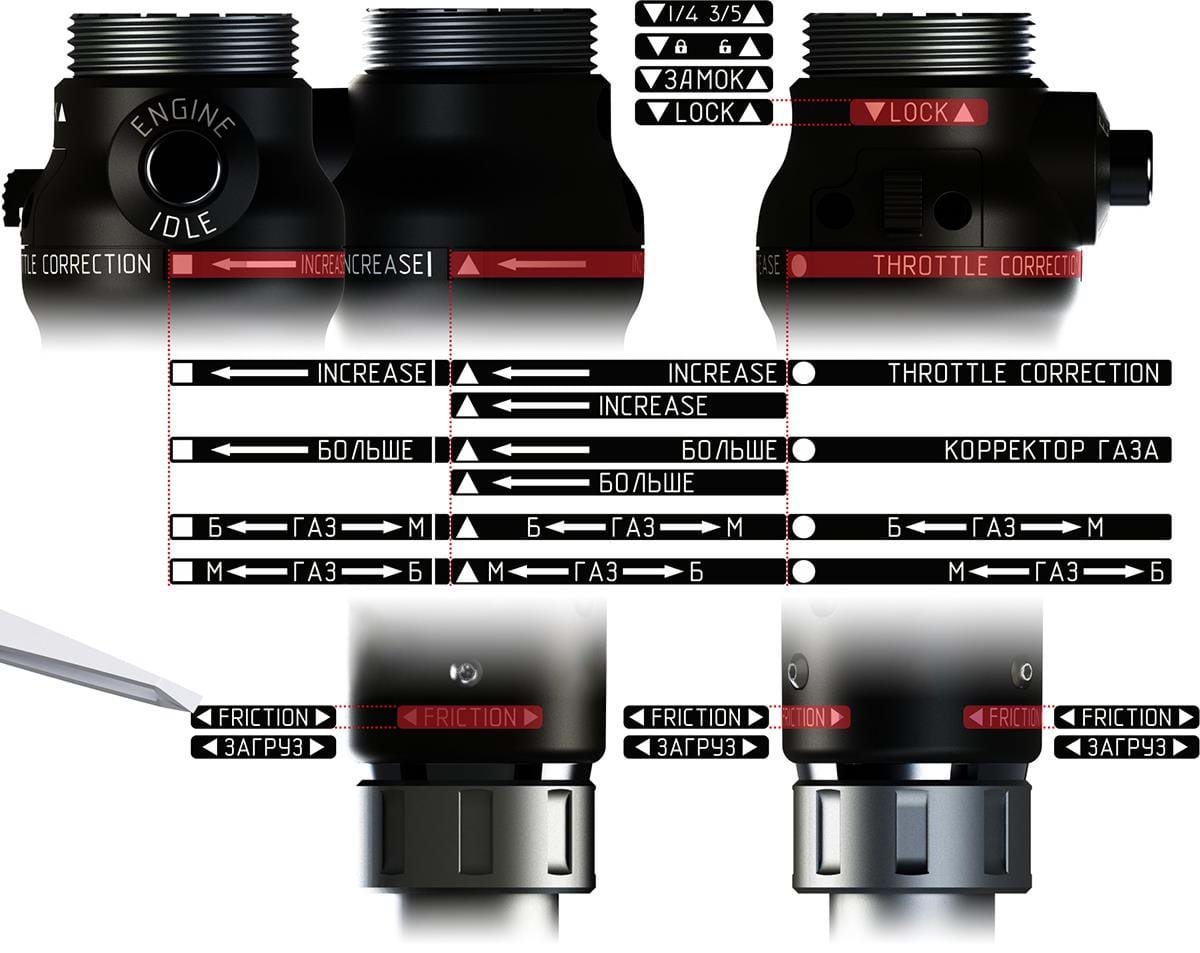 The second way of customizing the unit is through the replacement of a cam. VIRPIL sends 2 extra cams which you can use to replace the one that comes preinstalled. 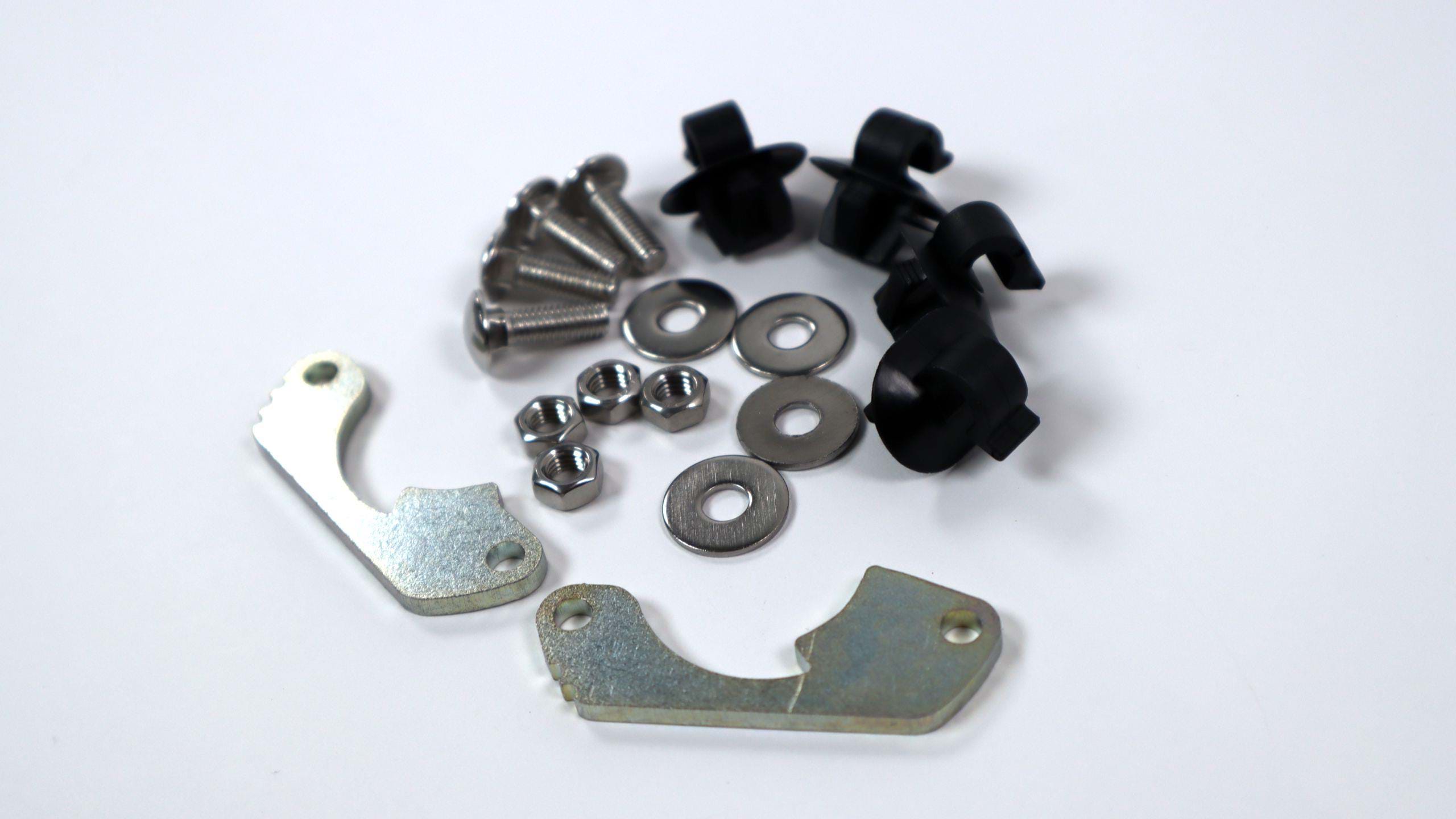 What these cams do is limit the rotation of the collective, meaning you can have a rather small travel between the collective being up or down up to a rather large one: 30, 40, and 50 degrees.

I ended up replacing the original 30-degree one with the large one as I prefer to have a bit more precision. Not that the other cams influence the precision of the collective but by having a larger threshold between collective down and collective up (0 – 100%) that means that any degree of movement will mean a smaller change in the sim, making it more manageable for me.

That sounded better in my head.

The VIRPIL VPC Rotor TCS Plus base comes with an IDLE button, which works as intended. The IDLE button is a safety feature that aims to prevent the pilot from inadvertently shutting down the engine by rolling the throttle all the way to zero (off). 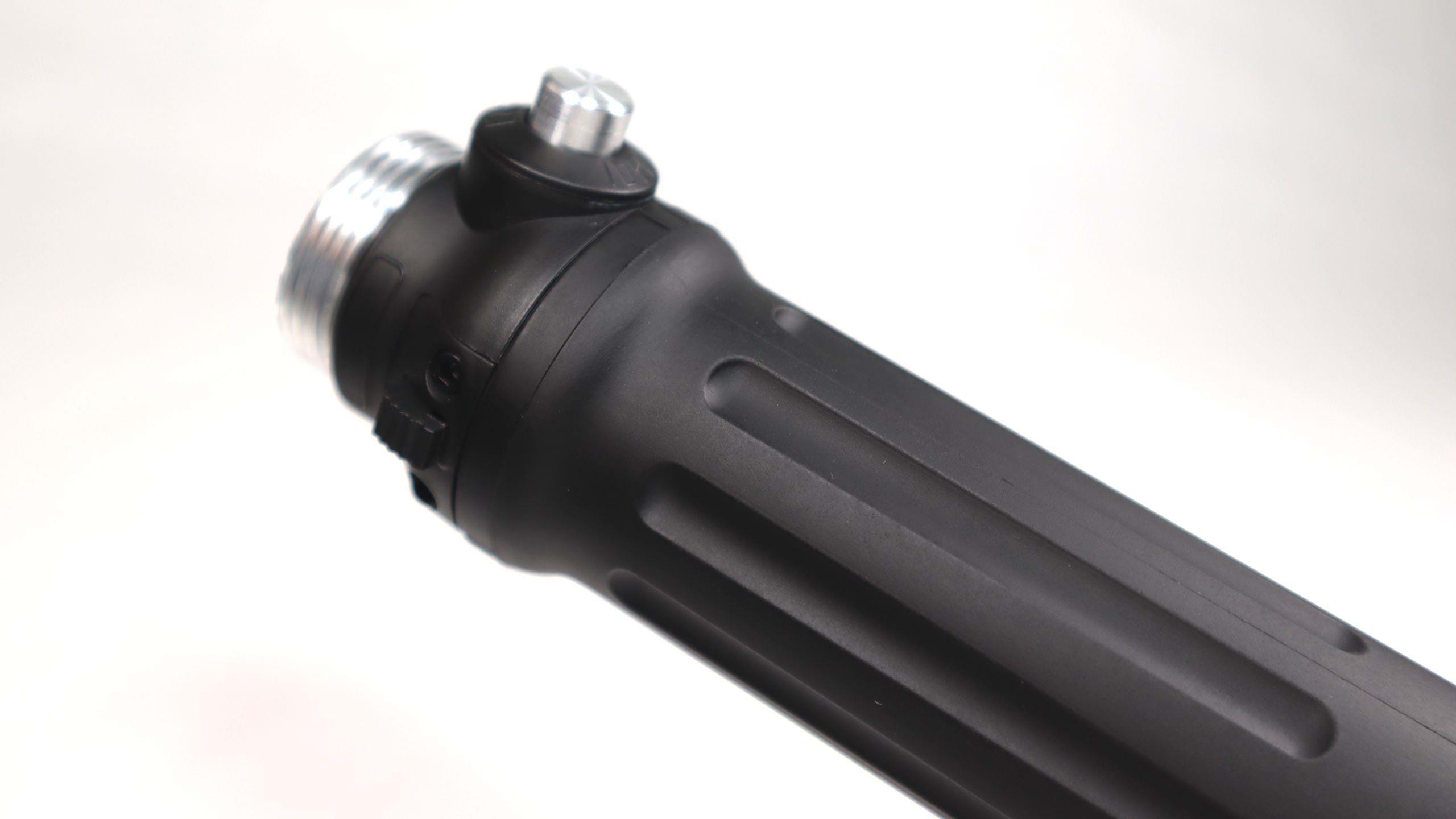 As you roll the throttle up (starting from 0%, towards 100%) you can move the grip freely but as you pass a certain point, you will then not be able to come back to zero.

Once you go up that position, you can only go back by pressing the IDLE release button.

All right, I’ll stop with the terrible puns!

The unit also comes with a Lock switch. This switch prevents the grip from rotating past the IDLE detent, meaning you can only rotate it from 0% to IDLE. Why would you want to do that, you may ask?

Although quite smaller than the full travel, this section of the throttle still has enough distance to cover to be useful.

What can I say?

Everything works just like it did when I previewed the non-throttle version. The travel of both the collective and the throttle are very comfortable. Everything feels smooth and the response of the electronics is excellent and consistent.

I just think the travel distance of the throttle may be a bit too big, especially from zero to IDLE but once you realize the purpose of the Lock button, you understand why it was done that way. Still, it forces you to have to do longer turns for the same result I usually have on my other kit.

It’s not a deal-breaker but I felt like I had to mention it. 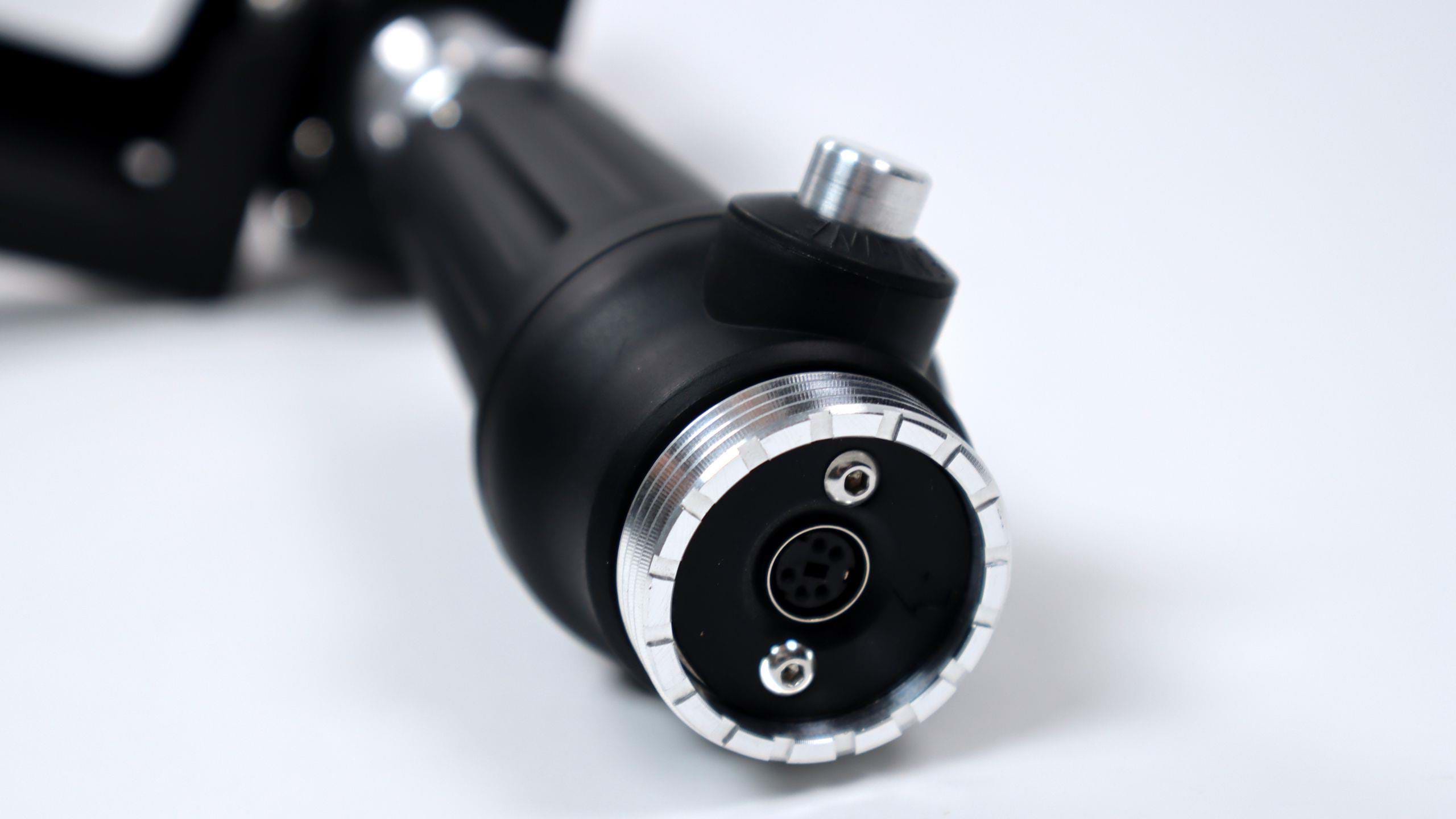 I also must confess it took me some time to get used to the throttle since I am coming from a system that I have been using for quite some time already, which obviously feels different. It’s not better or worse, just different. But it was really a matter of getting familiar with the amount of force needed to do everything I used to do.

None of these two situations are negative points of the kit. These are just a couple of remarks I wanted to do so that you are aware of them. All in all, the VIRPIL VPC Rotor TCS Plus is an outstanding solution and if I was on the market for a collective, I would take it into serious consideration.

Like its brother, the VIRPIL Rotor VPC, it’s a great product, of very high quality with amazing performance.

Edit: Meanwhile, VIRPIL sent me a schematic of the angles for the twist grip, and it makes sense, considering they are taking it from a Mi-8. Thanks to VIRPIL for the extra bit of information! 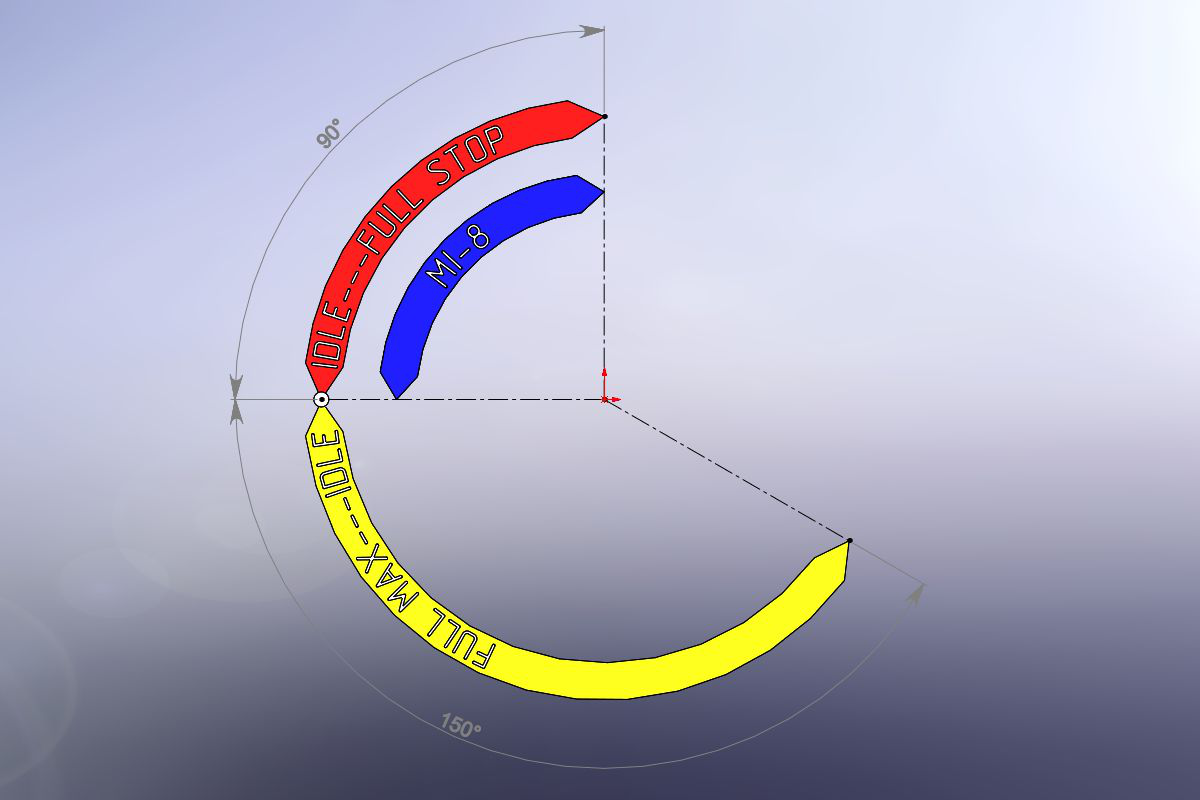 Installation 10
Performance 10
Build quality 10
Design 10
Total score
10
* The above final rating is calculated from a weighted average and not the direct arithmetic average. This means that some elements of the review will have a higher influence in the final score than others.
Click here to purchase/download or more information