The Persian Gulf map for DCS is out there. In a sim that offer so much, yet has so many limitations regarding maps/terrain, what does it mean to its users? Is it worth to buy it? 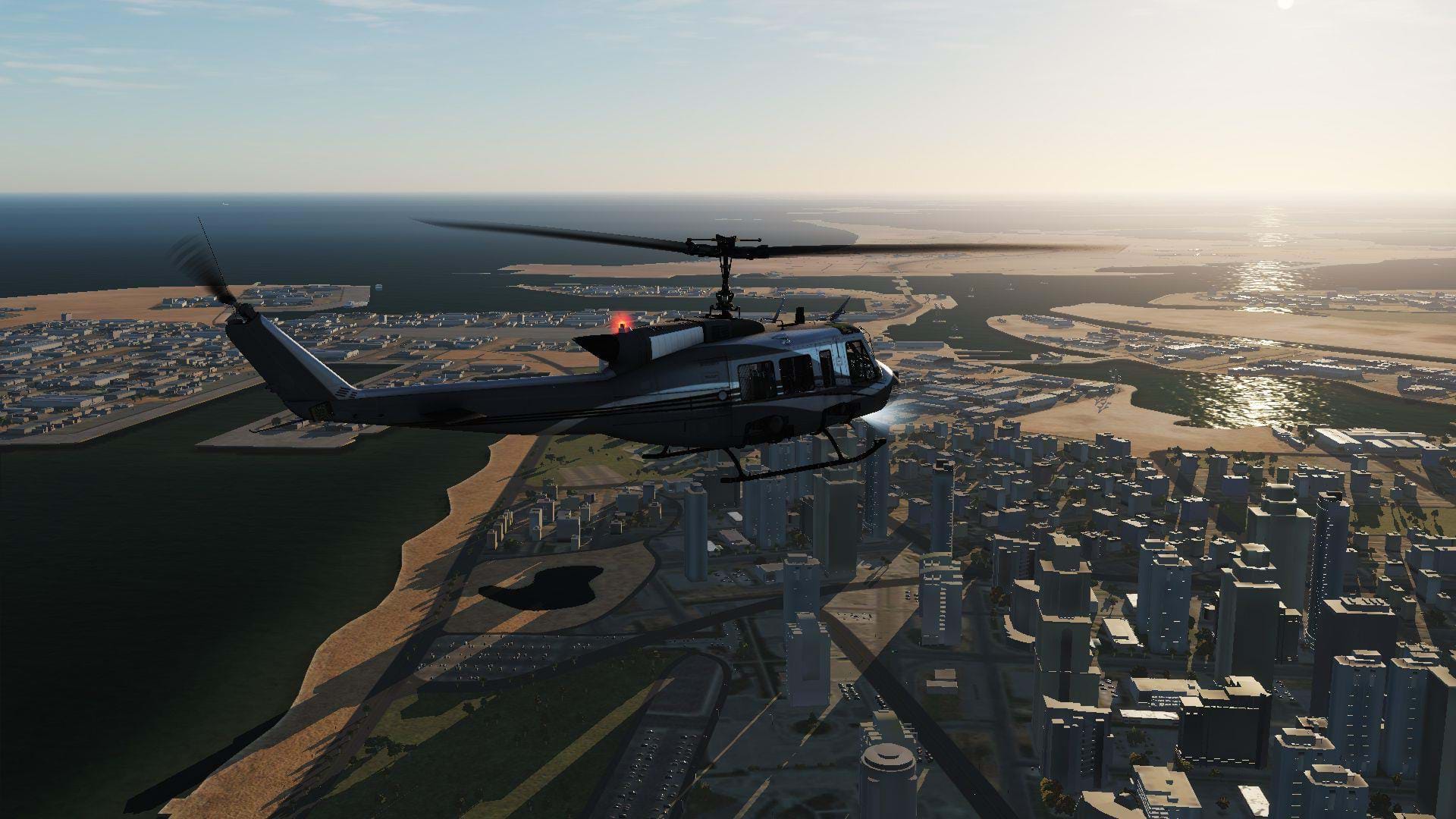 DCS has a very particular spot in the simulation market: it’s the only high-profile combat flight simulator out there and it offers high quality addons that makes a legion of fans happy. It does come at a price though. Which is: well, it comes with a price.

Everything you get for DCS costs you money. Other than the default map and the couple of aircraft that come for free with DCS World, everything else will have you pull your credit card and spend a few (or a bit more than a few) Dollars/Euros/Whatever.

It’s the price we pay for quality.

So, whenever a new terrain comes out (another thing that makes DCS special in the market – you can’t fly the world; rather, you need to purchase new scenery) people get excited over it and immediately want to put their virtual wings to work on the new environment. But they also get concerned. Is the new terrain worth my hard-earned money?

The Caucasus is a great map and the Nevada Test and Training Range terrain is fun (and a classic for those that love jet fighters) but they have been out there for some time. And, for some reason, I think NTTR is not getting a lot of love. Oh yeah! And Normandy looks pretty nice as well.

Folks crave for new places to fly at. So, we all went crazy when we heard Eagle Dynamics was working on the Persian Gulf map. And we went even crazier when we started to see some screenshots coming out.

The extension of the map is huge, and it spawns through the strategic and geographic interesting region of the Strait of Hormuz with some quite interesting features and some astonishing urban areas.

The general feeling when flying around it is pretty good. The map feels solid, although, I must confess, desert maps always make me think there’s something missing. In the Caucasus you have a lot of stuff going on: trees, houses, roads…

In the Persian Gulf terrain (just like the NTTR) I feel some areas are empty. It’s not that this is a bad thing or some sort of error or mistake from ED. It’s just the way it is in real life. 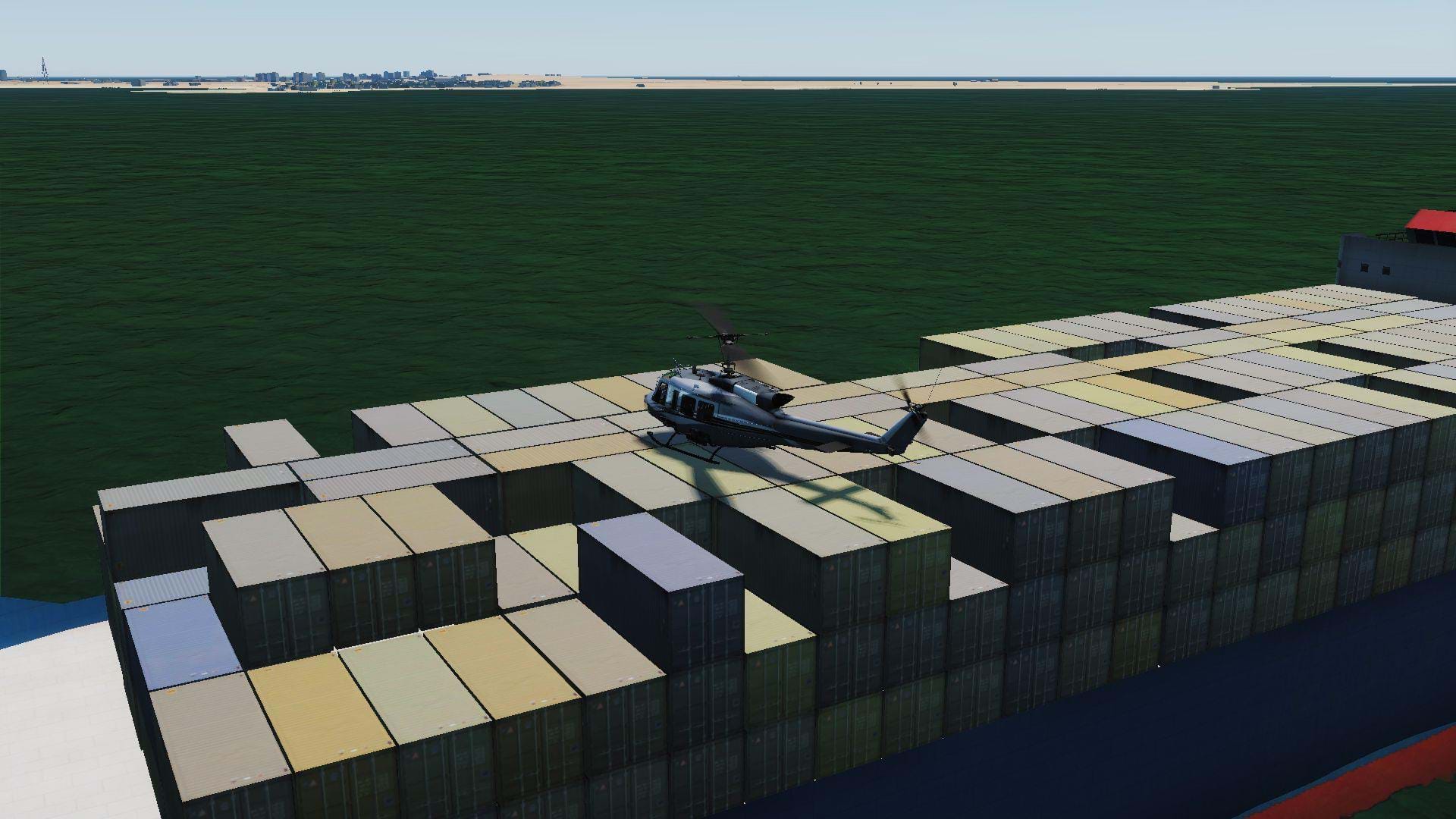 I once saw a fellow simmer saying that this map was “just a big piece of desert”. If you go back at the last couple of paragraphs I wrote, that looks like the feeling that I have had, right?

Well, the thing is that this is really a map that takes place in the desert, but you have a lot of different things to see and to fly at.

This may sound weird to you, but I feel the urban areas of this map to be more interesting than the NTTR ones (yes, even Las Vegas).

Perhaps it’s the cool, tall buildings or the way they are organized. Or perhaps all the artificial lakes and offshore constructions (or me being a sucker for the Burj Al-Arab hotel since FSX) that contrast with the buildings, but the city of Dubai really strikes me. As do the smaller villages across the map.

But those, I think, do capture your imagination when you find these small pearls of architecture; buildings that are very native to the location.

To me, the map does look diverse. You have the desert, the urban areas, mountains, some zones filled with trees, the Persian Gulf, the Gulf of Oman, new countries…

The map presents you with great new structures, a lot of air bases and places of interest to fly at. The whole atmosphere since the 2.5 came out seems better in each update and the new map shows that in full glory.

A map to lose yourself

Combat and missions aside, if you are like me, you’ll lose yourself just flying around.

Helicopters are right at home here and you will have a lot to explore (oh yes, the Burj Al-Arab helipad is landable, for starters). The terrain looks great and you’ll find plenty of buildings to skim, valleys to challenge you and some ships out there for you to land.

You’ll take off, fly in a random direction and your eyes will always find something interesting for you to fly towards. And off to the next one, and so on.

It’s really that fun. And even without any combat going! 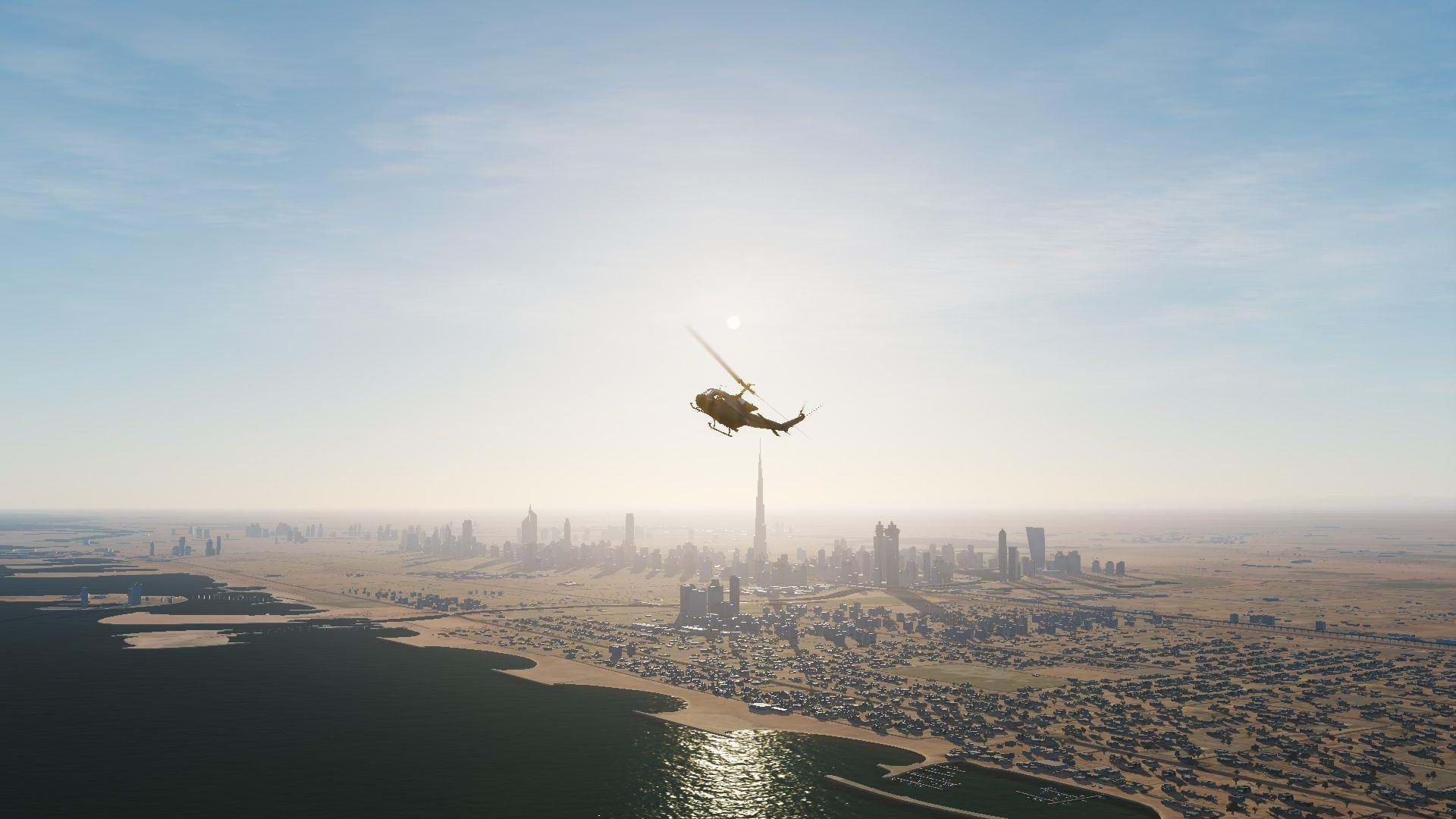 In case you missed it, here is the official list of features for this terrain

What about the framerate?

What about it? Oh! Right. You know what? I didn’t even remember to check it until I had already a couple of hours into the map.

And you know why I didn’t noticed or remembered about it? Because, on my i7, GTX1060, 16GB RAM, it runs smoothly. Like a hot knife cutting through butter.

Now, truth be told: I haven’t tried it in an extremely aggressive environment, filled with aircraft and explosions and stuff going on. But I would risk saying that, under the same conditions, it even behaves better than some parts of NTTR for me.

Where are my missions?

One of the things you'll notice, though, is that there are not any missions to do on the aircraft you have at the moment. ED pretty much released the map with only a few regular "take-off", "land" and other general stuff but only for the default aircraft (the free ones that come with DCS World). We have nothing for the addons just yet.

Which is something I hope will change soon.

So, is the terrain worth your hear-earned money?

This is a great, fun map, filled with potential for some awesome missions. It's a great place to fly your helicopters around. 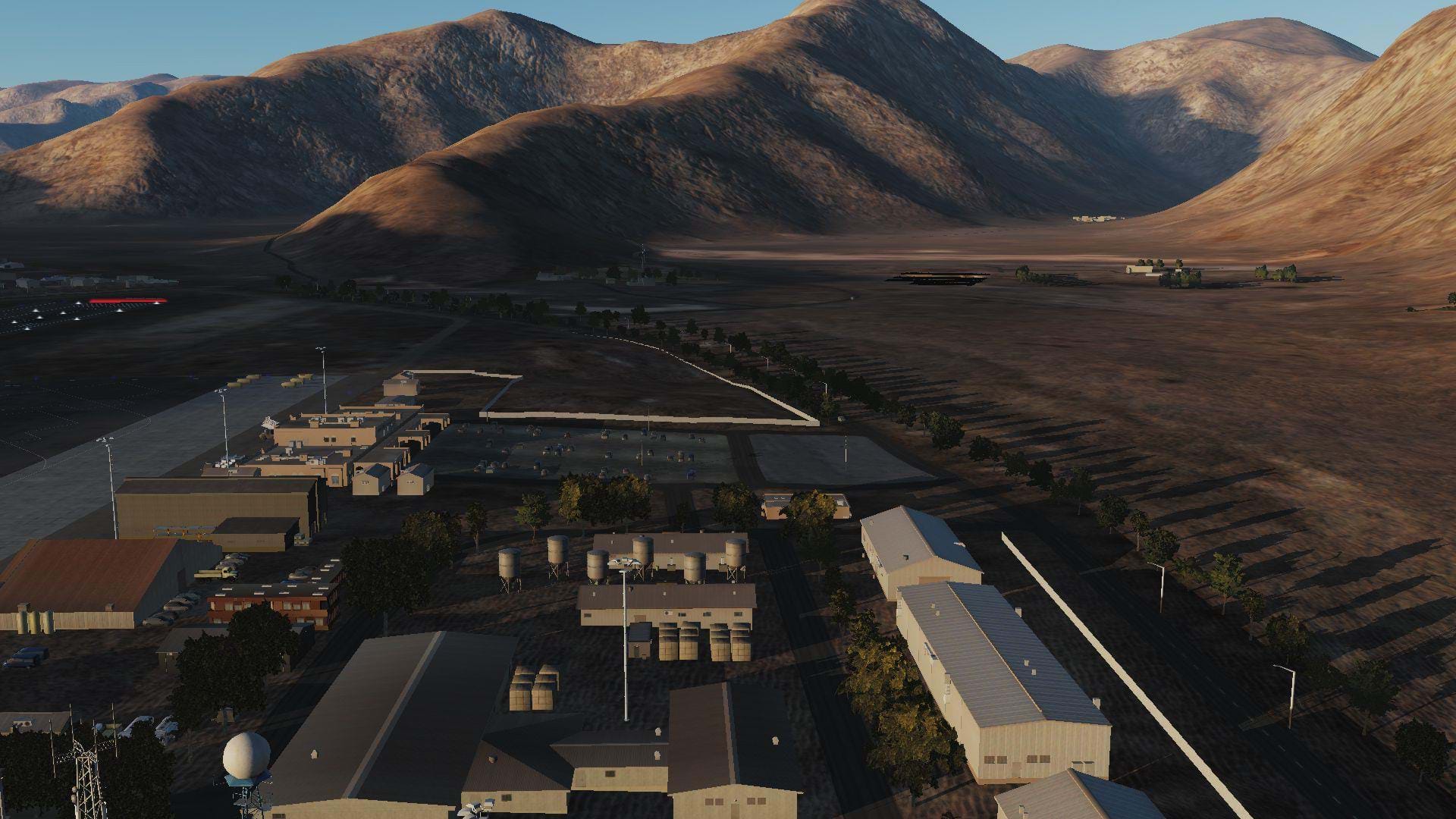 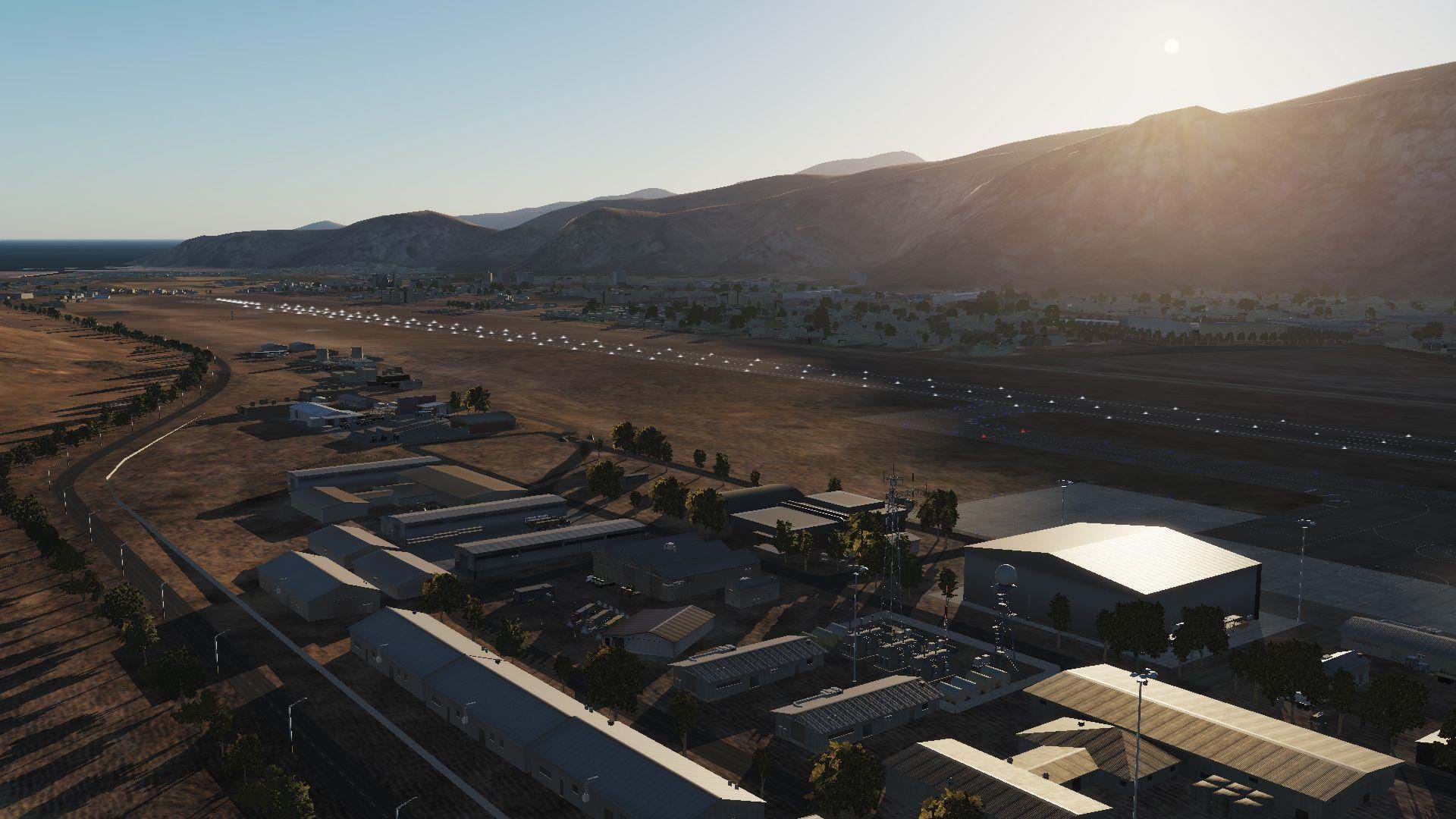 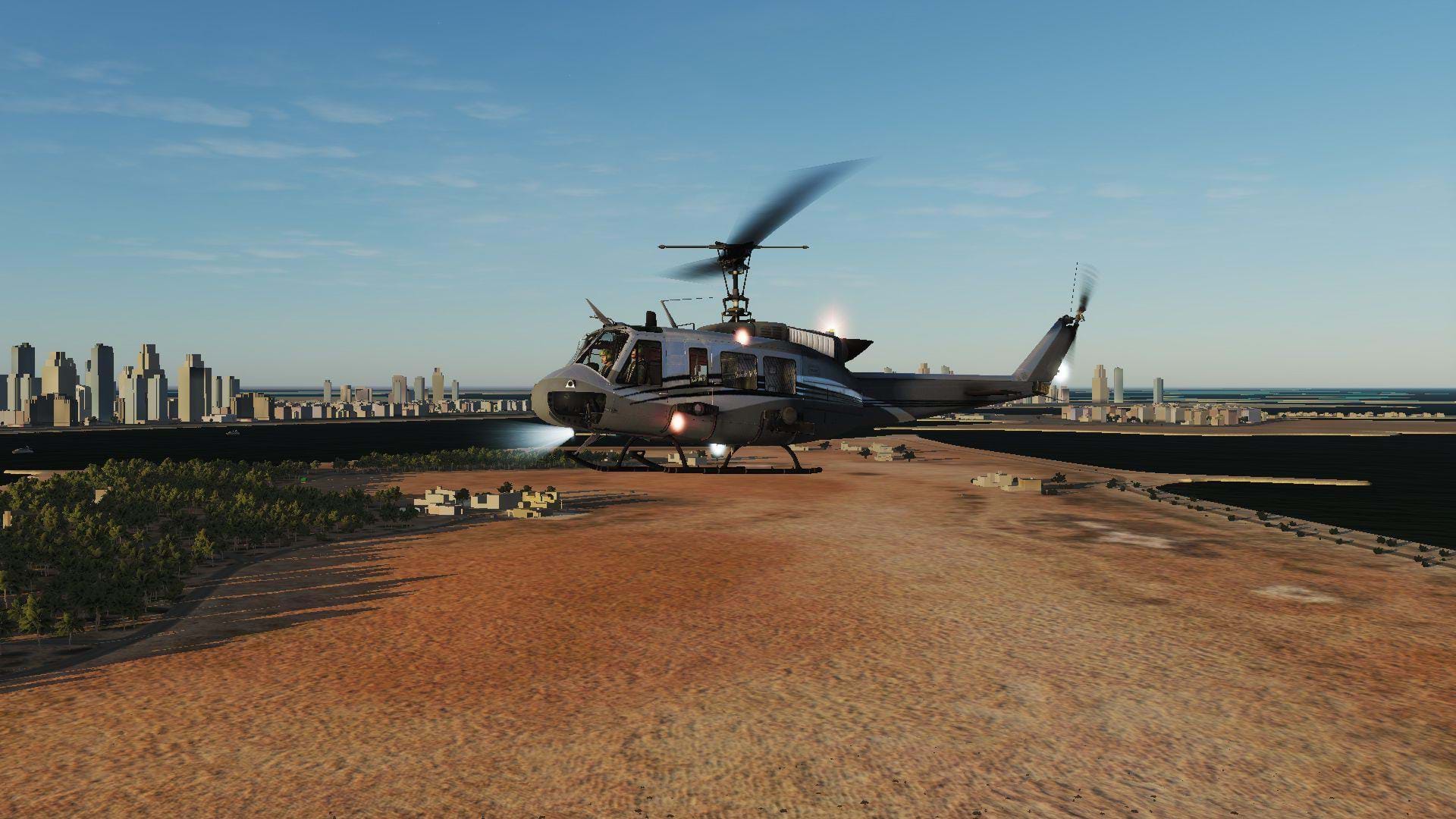 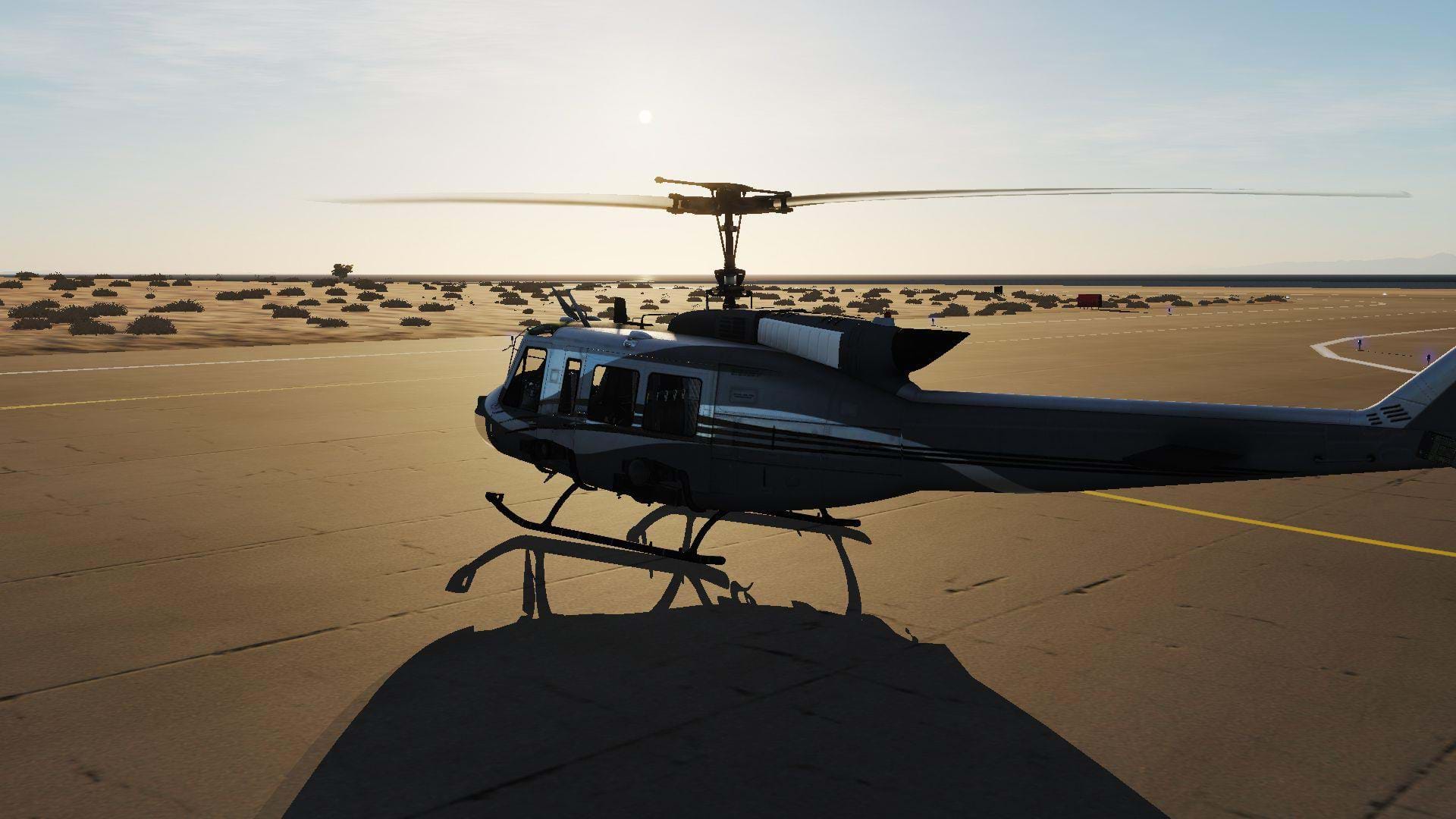 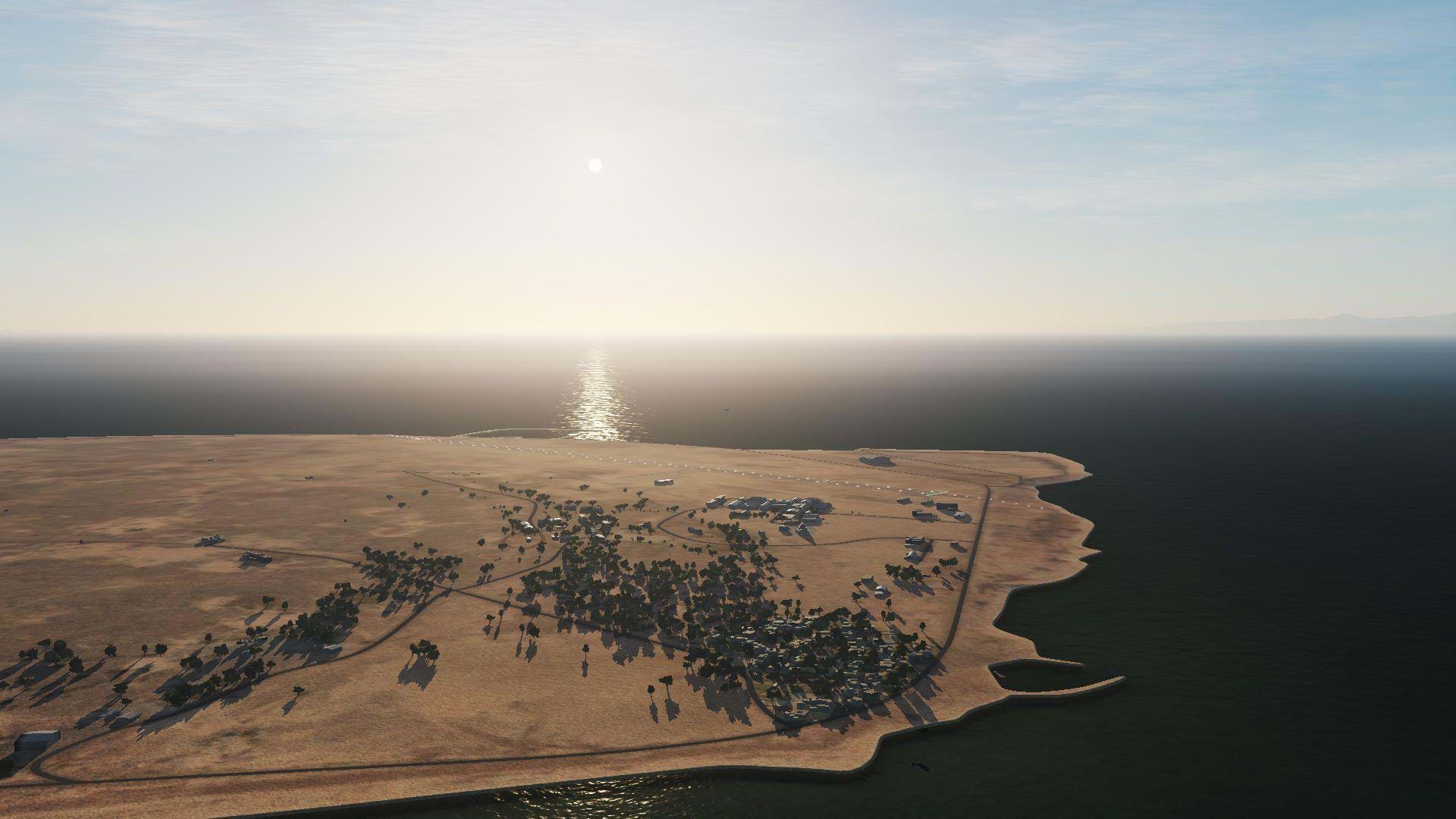 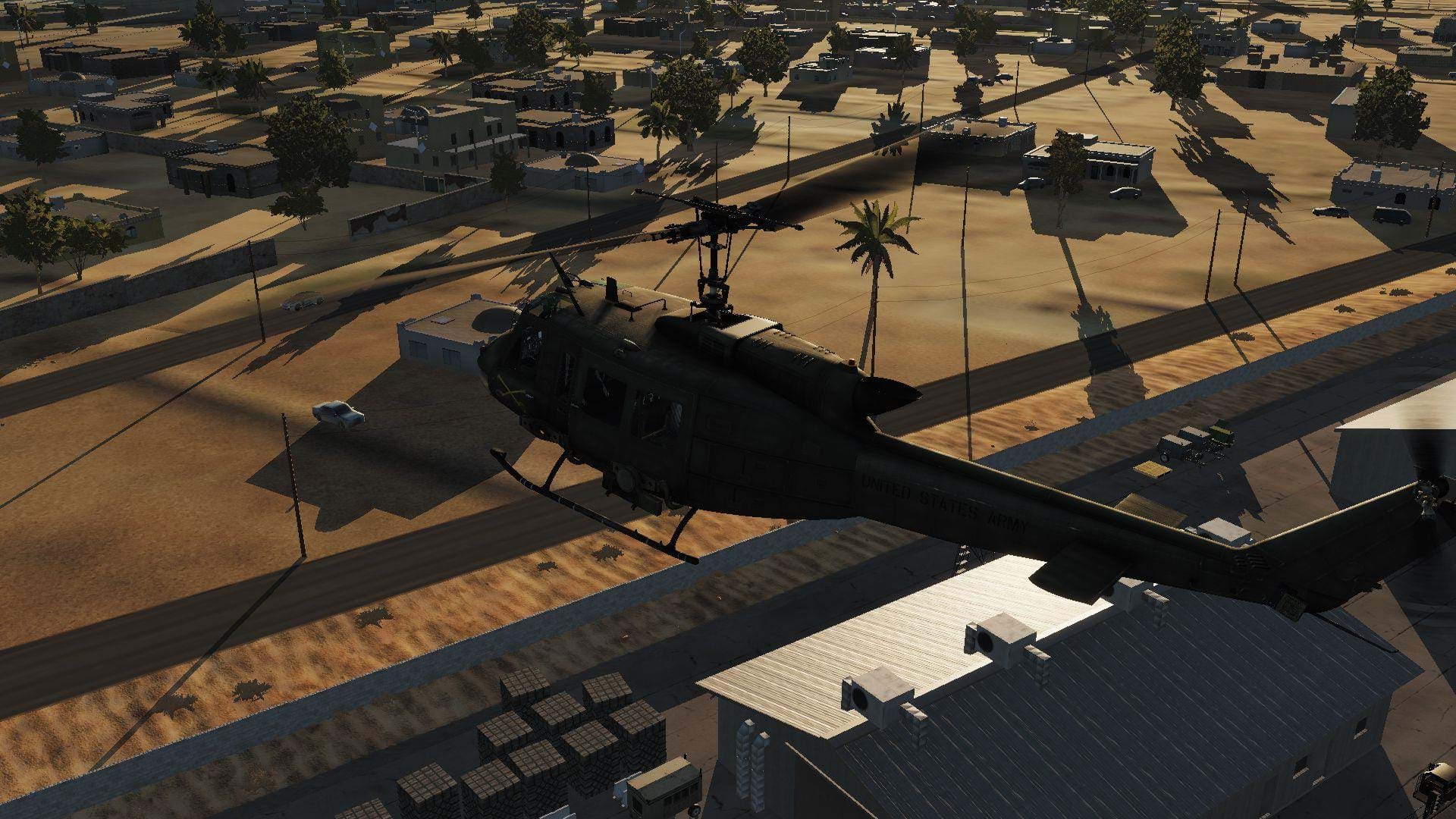 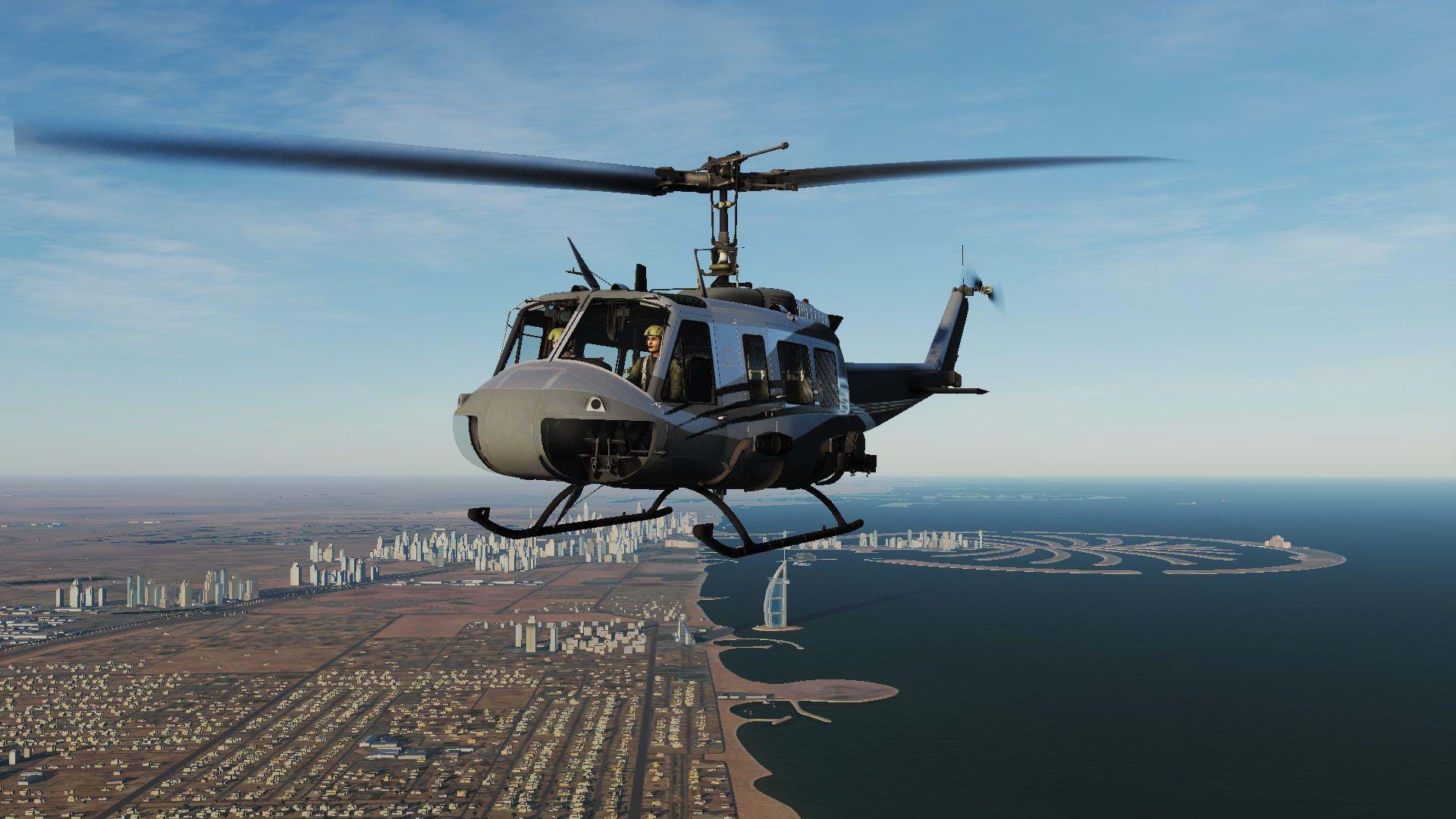 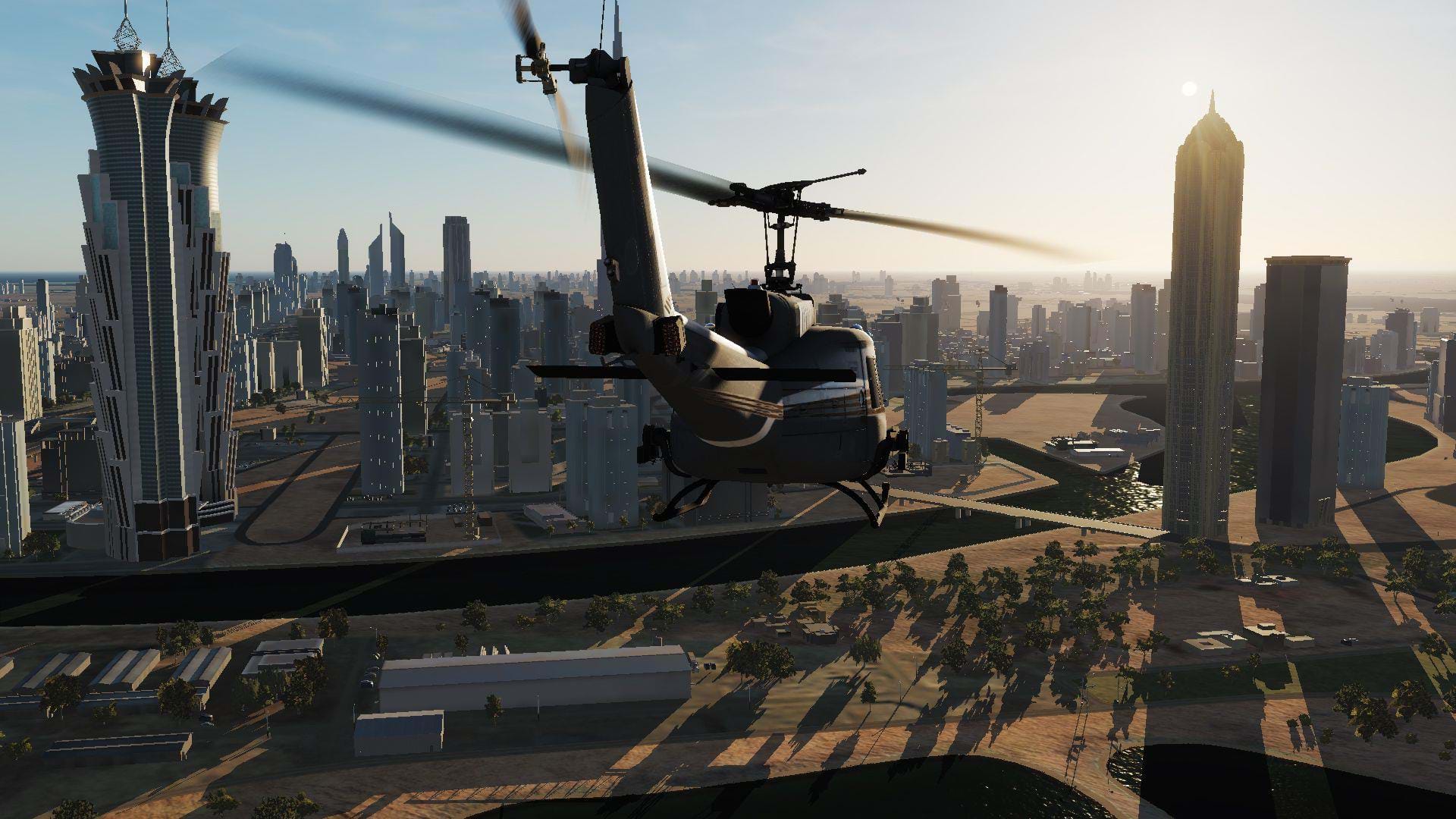 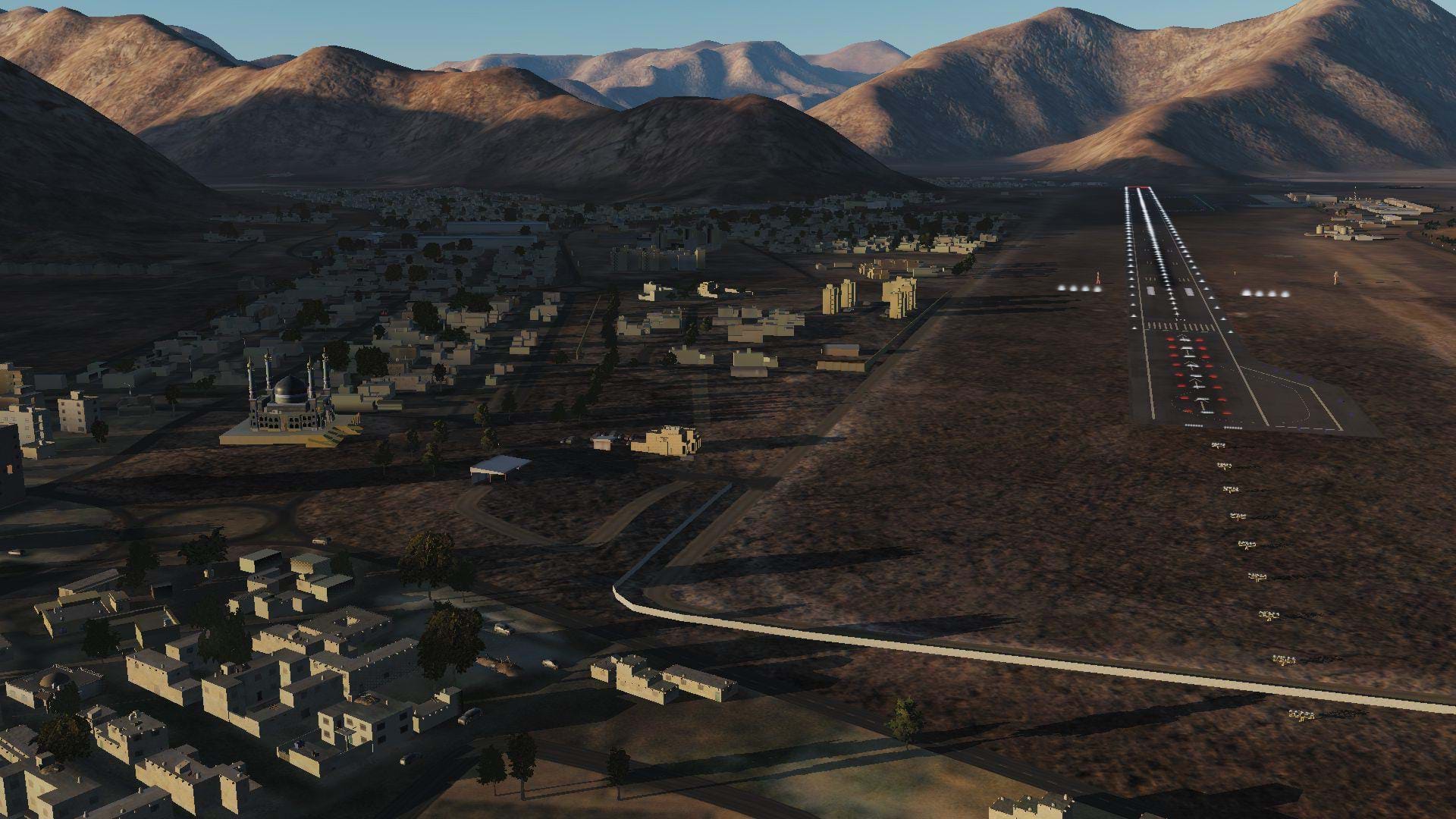 Installation 10
Mesh 10
Textures 9
Buildings 9
Visual impact and quality 9
Frame rate impact 10
Total score
9.5
* The above final rating is calculated from a weighted average and not the direct arithmetic average. This means that some elements of the review will have a higher influence in the final score than others.
Click here to purchase/download or more information 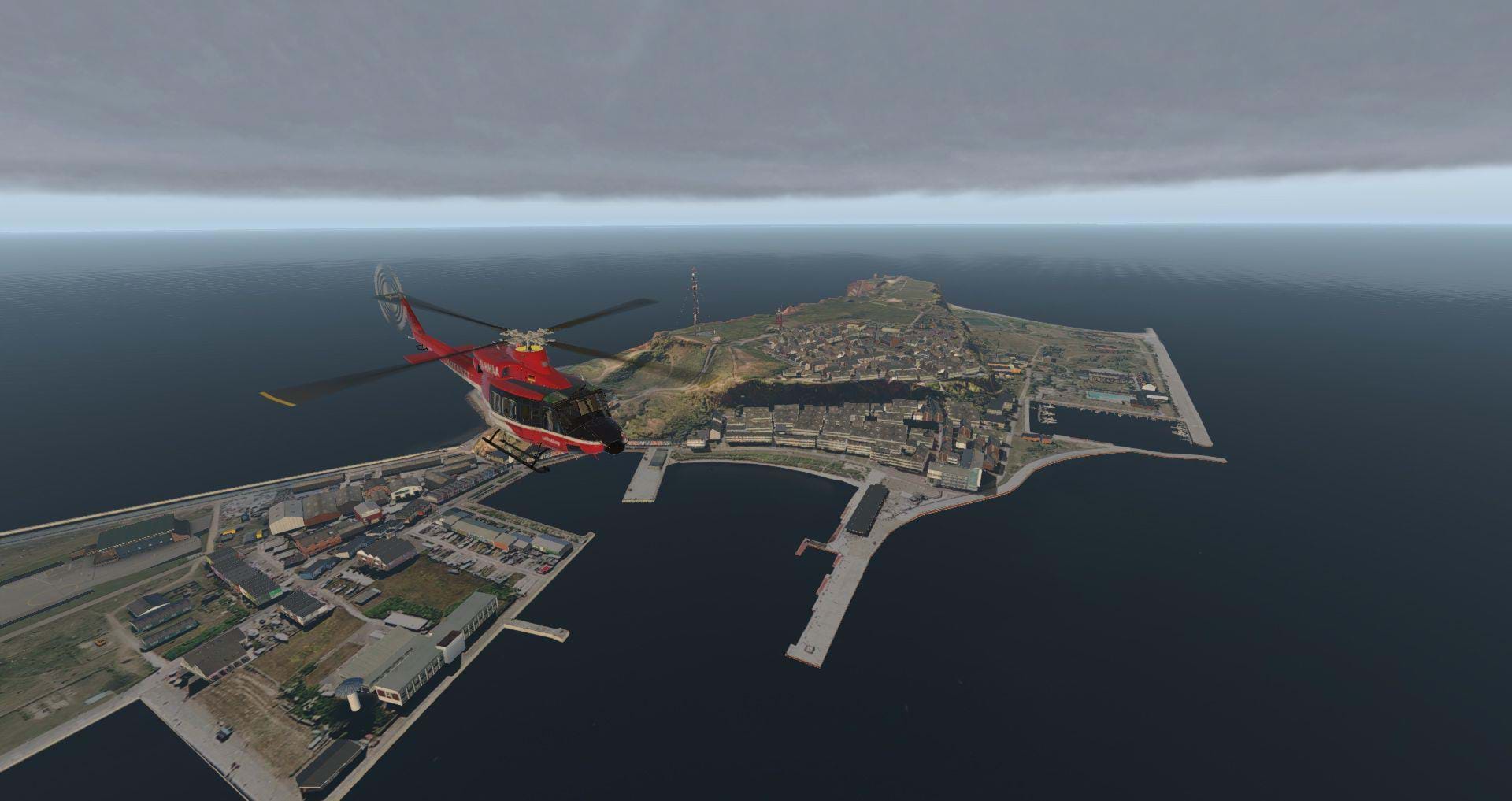 Review: Helgoland for X-Plane
Read next