The manufacturer is offering an extra discount on helicopter controls starting today and they have indicated prices will rise in August. 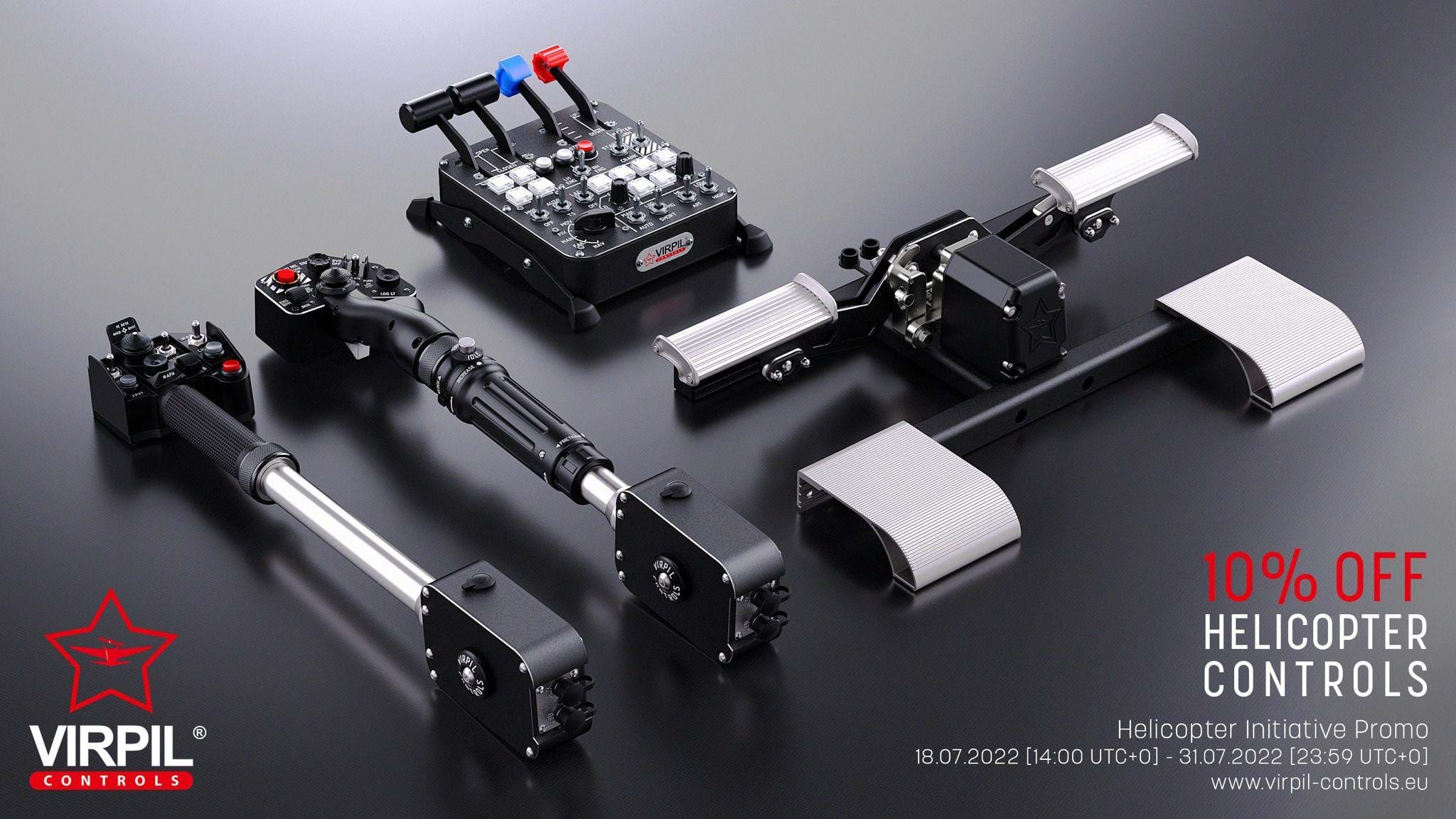 Are you on the lookout for helicopter controls? You probably know we are fans of specific helicopter gear and VIRPIL has a great offering. No, really, check out our reviews.

In this sale you will be able to get your helicopter controls for 10% off. Not only that, but this discount also stacks with VIRPIL’s usual bundle discounts for up to 20% off.

In this sale you will be able to get the following controls with an extra discount:

“We also unfortunately must announce a price adjustment to the VIRPIL Controls catalogue. Due to continued rising supplier, logistics and manufacturing costs, from 01.08.2022 VPC product prices will be increasing by up to 10%. We have tried to avoid cost increases as much as possible over recent times, however to continue to provide the same level of quality and innovation this is an unfortunate measure which must be taken.

All orders placed on our store before 01.08.2022 will retain the existing store prices.

Without each and everyone’s support and feedback we’ve received, none of what we have achieved would have been possible and for that we remain absolutely grateful. We are committed to continue serving the VIRPIL community to the highest possible standard, with many exciting projects and developments to be revealed in the future!

We again thank everyone for their understanding and continued support!”

So, there you go! This is an excellent opportunity to get some nice VIRPIL gear, while it’s cheaper AND with an extra discount!

Head out to the VIRPIL store and get your helicopter gear!