HPG is working on a pack where helicopters are the center piece and virtual pilots can fly missions intended for this type of aircraft. With their H145, of course. 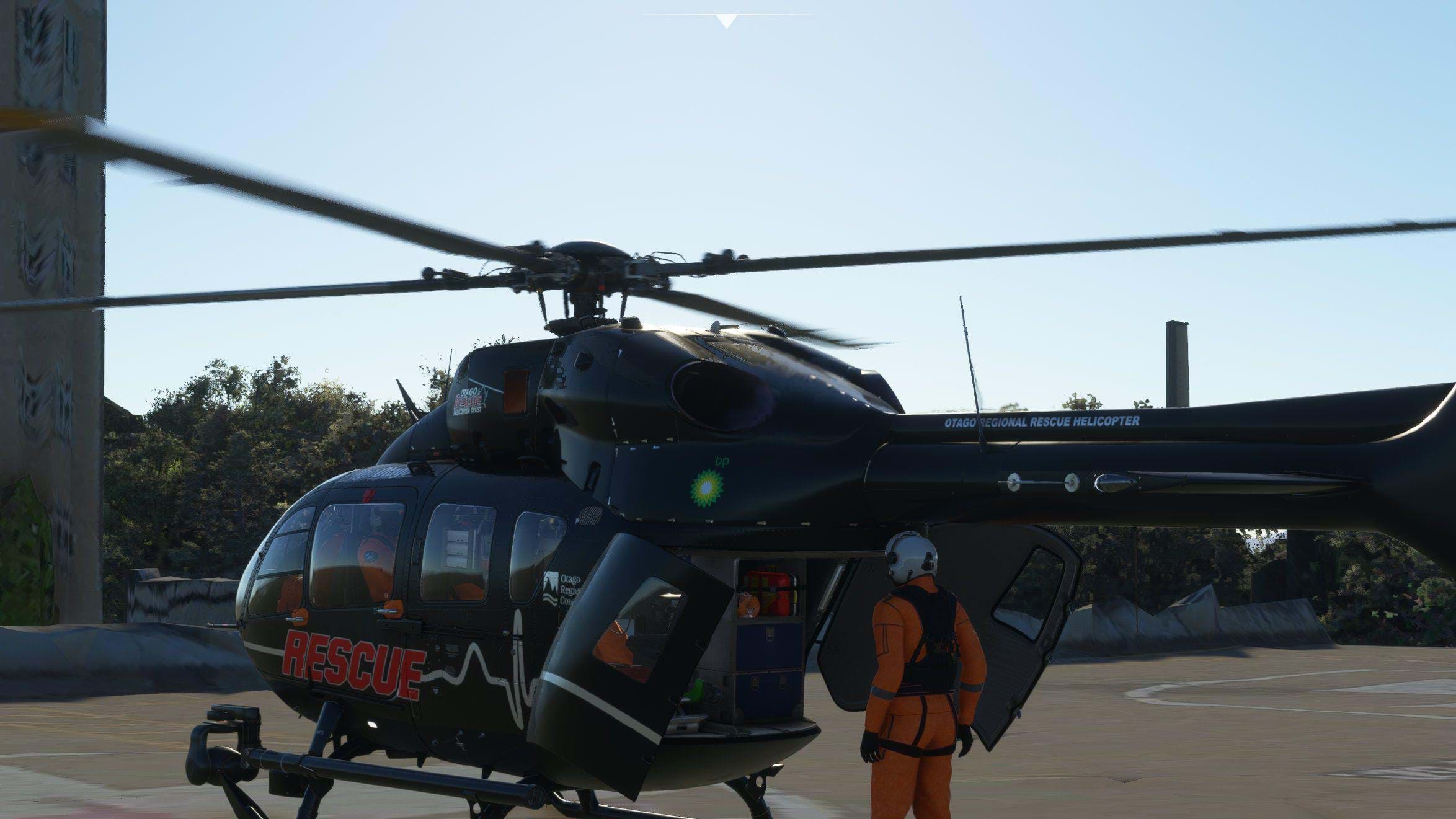 To do that, the H145 was upgraded with a bunch of aesthetic and functional items such as a search light and a winch, for example.

With this pack, we can setup the H145 to our liking (or according to the mission we are about to fly), select our mission on the tablet map and just go. 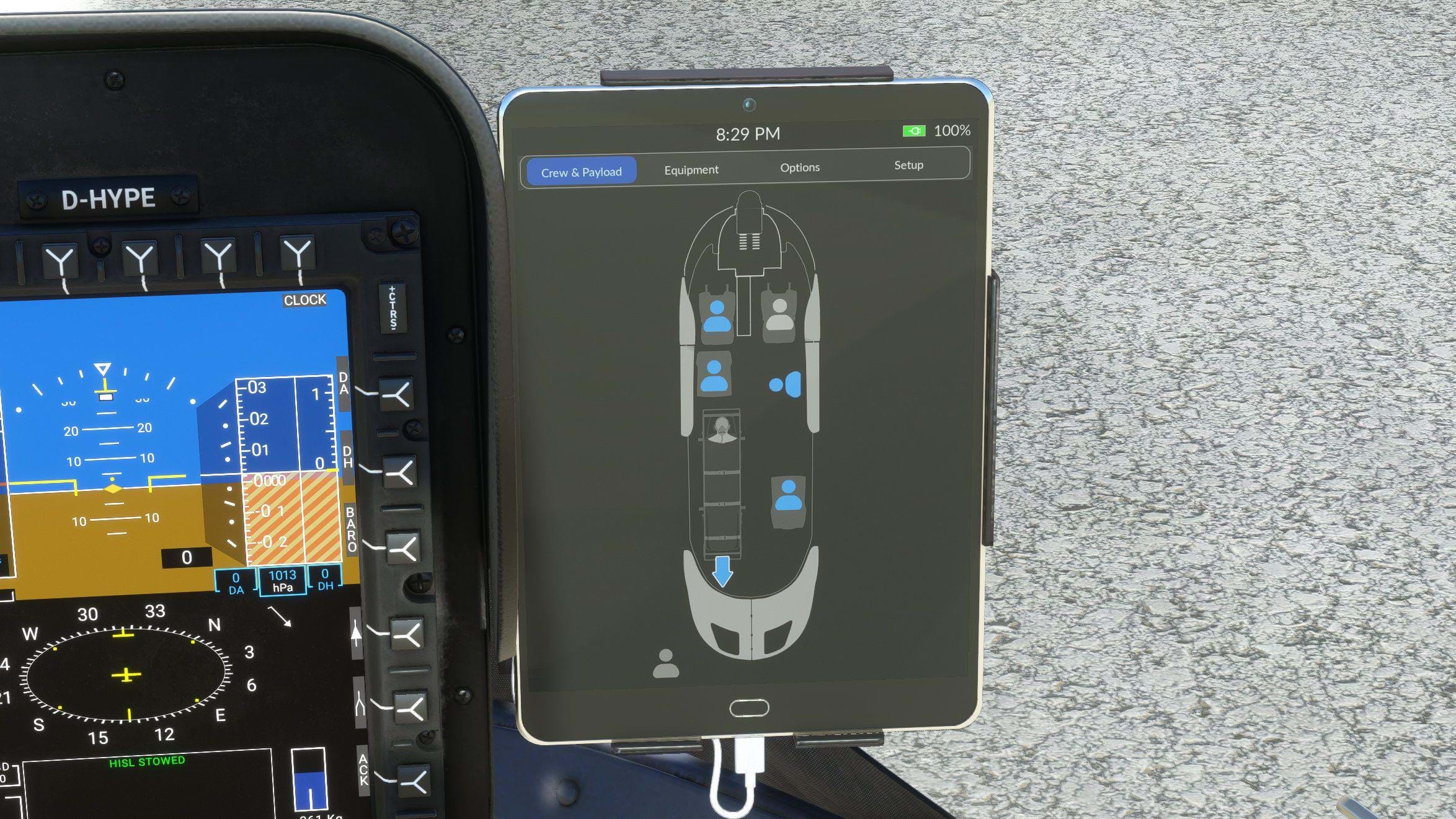 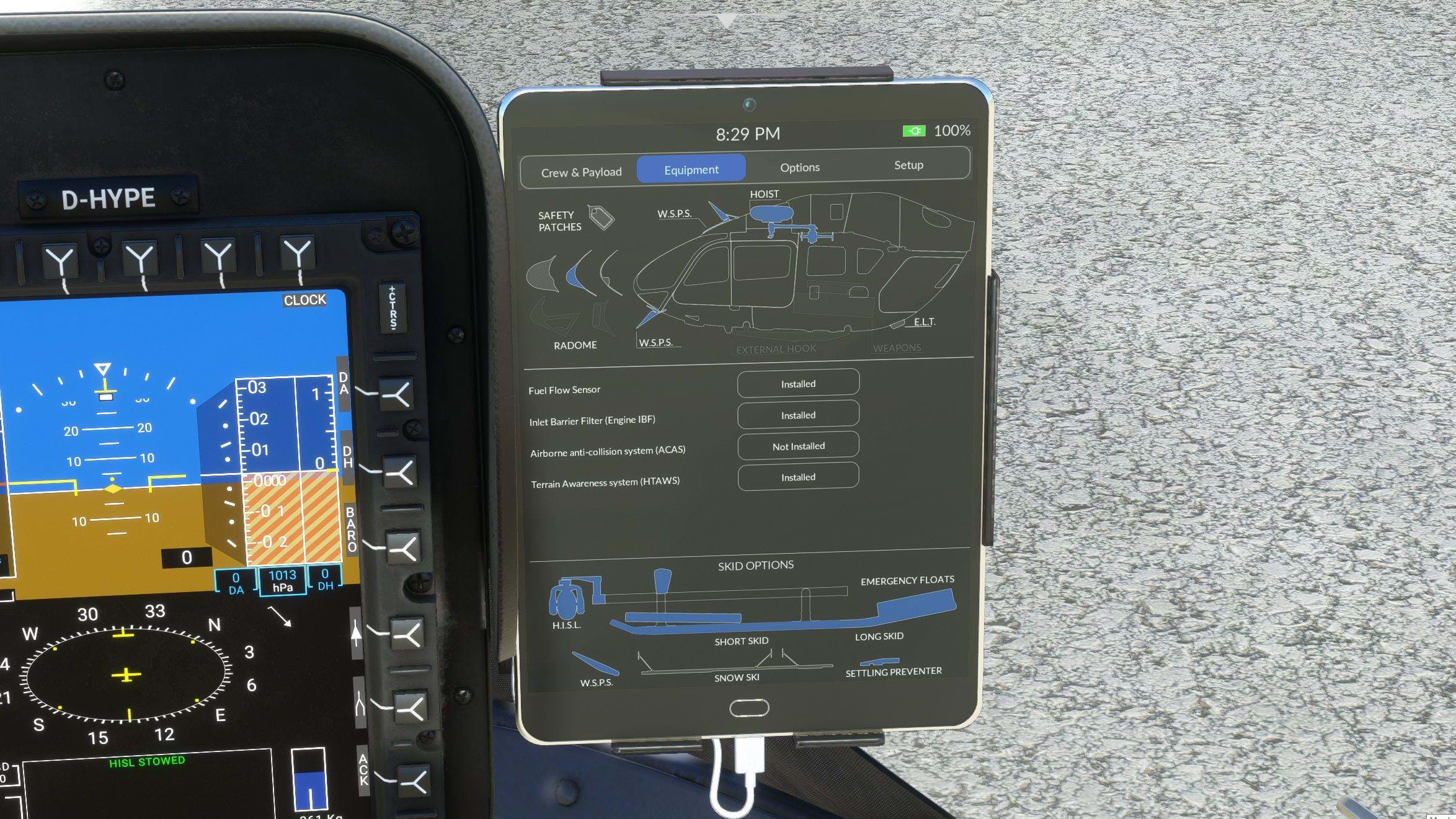 The location of the incident will be marked on the said map and it’s go-time. You will have a checklist with instructions on what to do but it’s basically flying to the site, landing, putting your engines in IDLE mode and wait for your crew to do your thing. 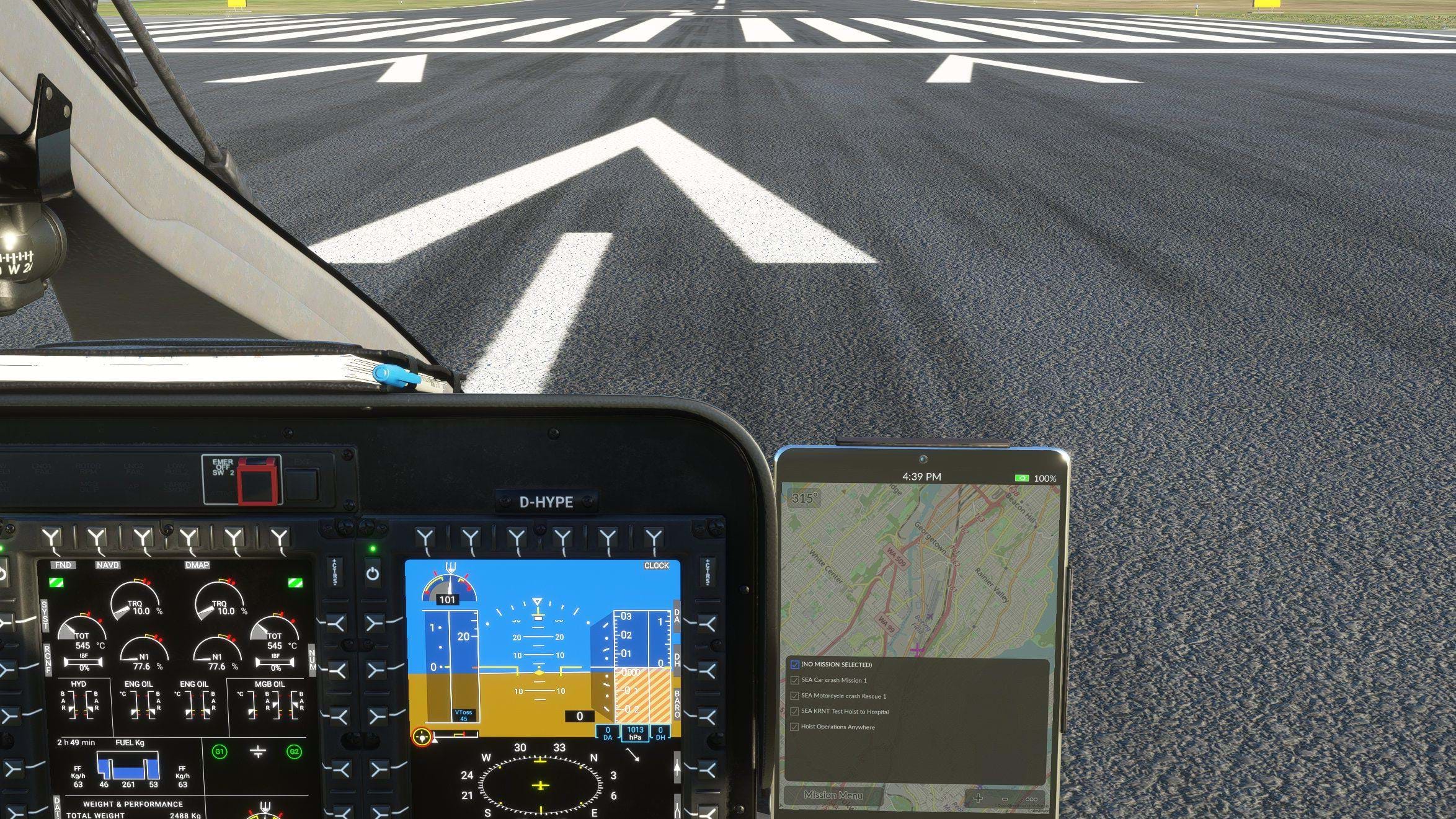 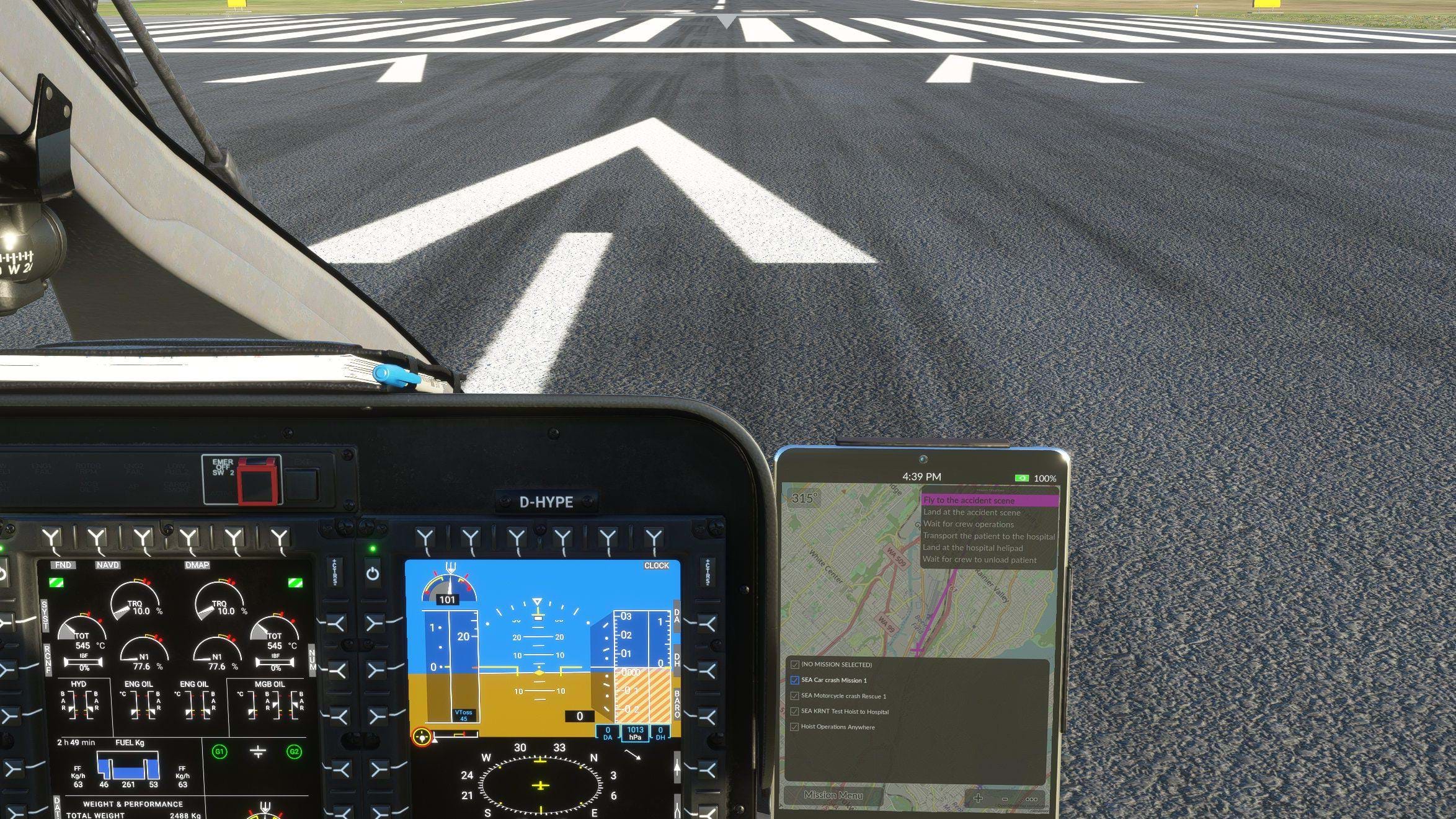 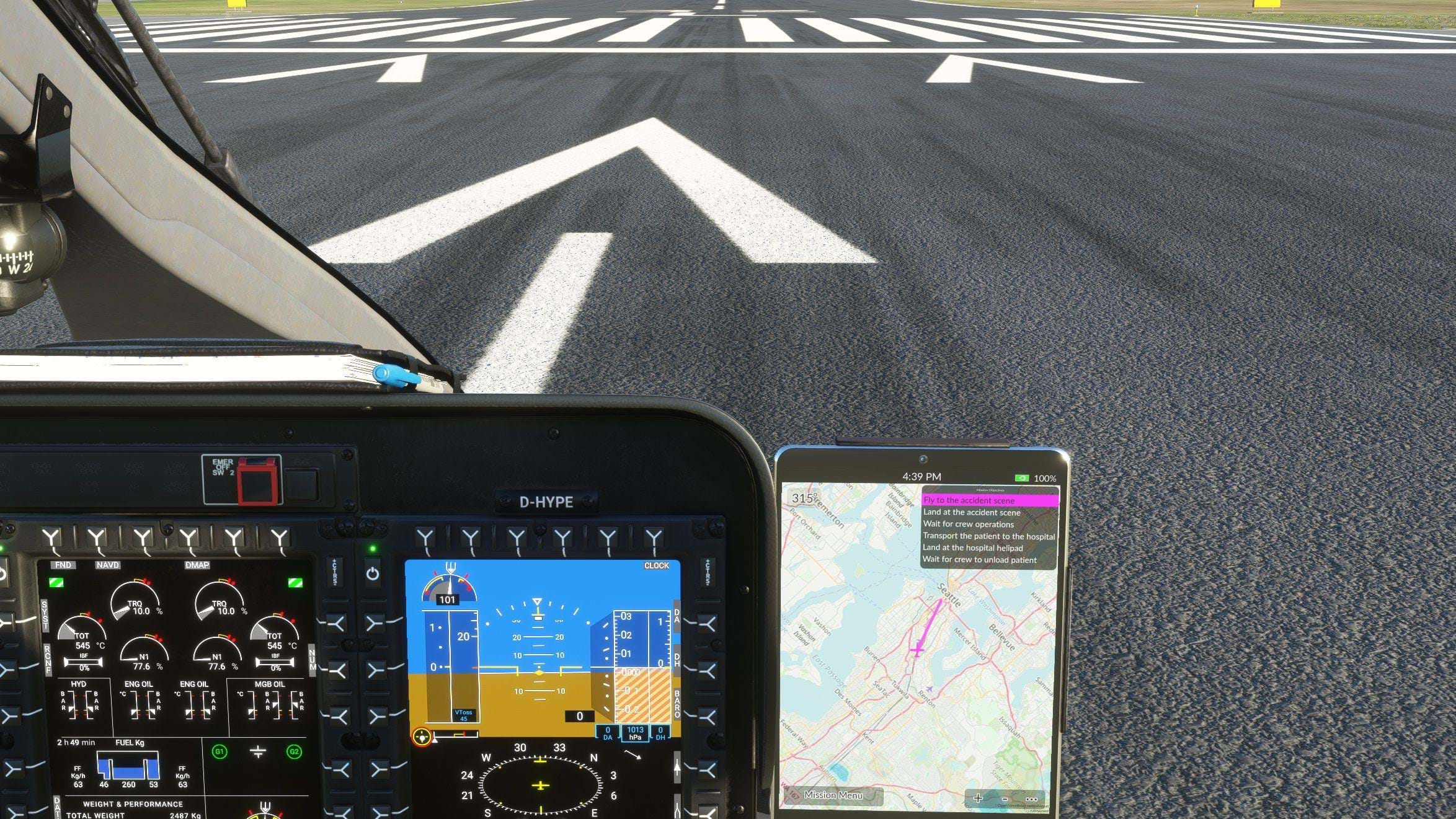 The landing site will be marked with smoke, so you’ll probably find it easily. Not only that, but you are given a visual cue on the tablet as well, that helps you better understand the distance between you and the location you need to land at. 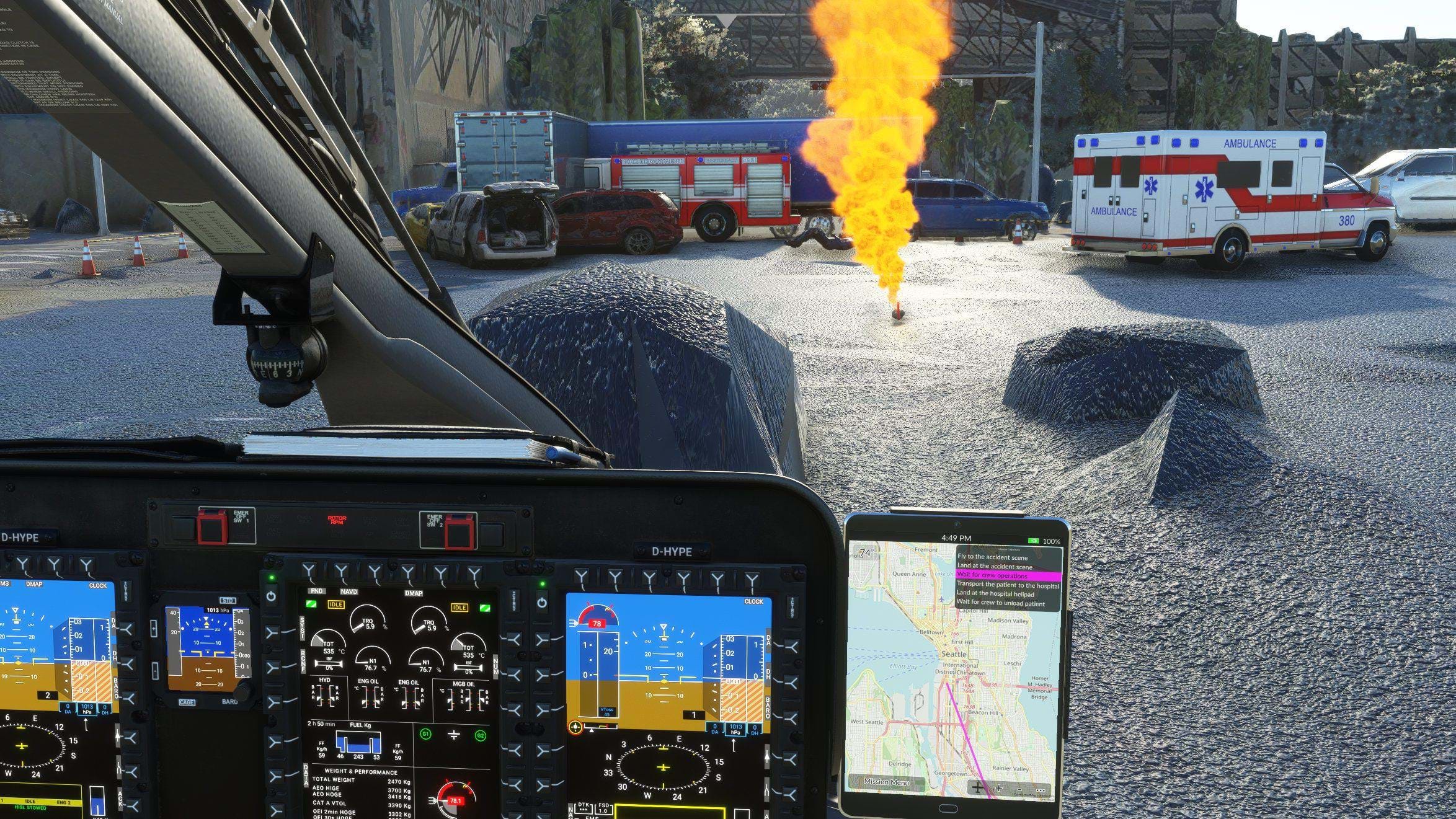 Right now, there is no visual cue of what’s happening, but you’ll know when you’re good to go. Take off, head out to the nearest hospital, land, IDLE your engines again and watch as your crew disembarks the casualty. 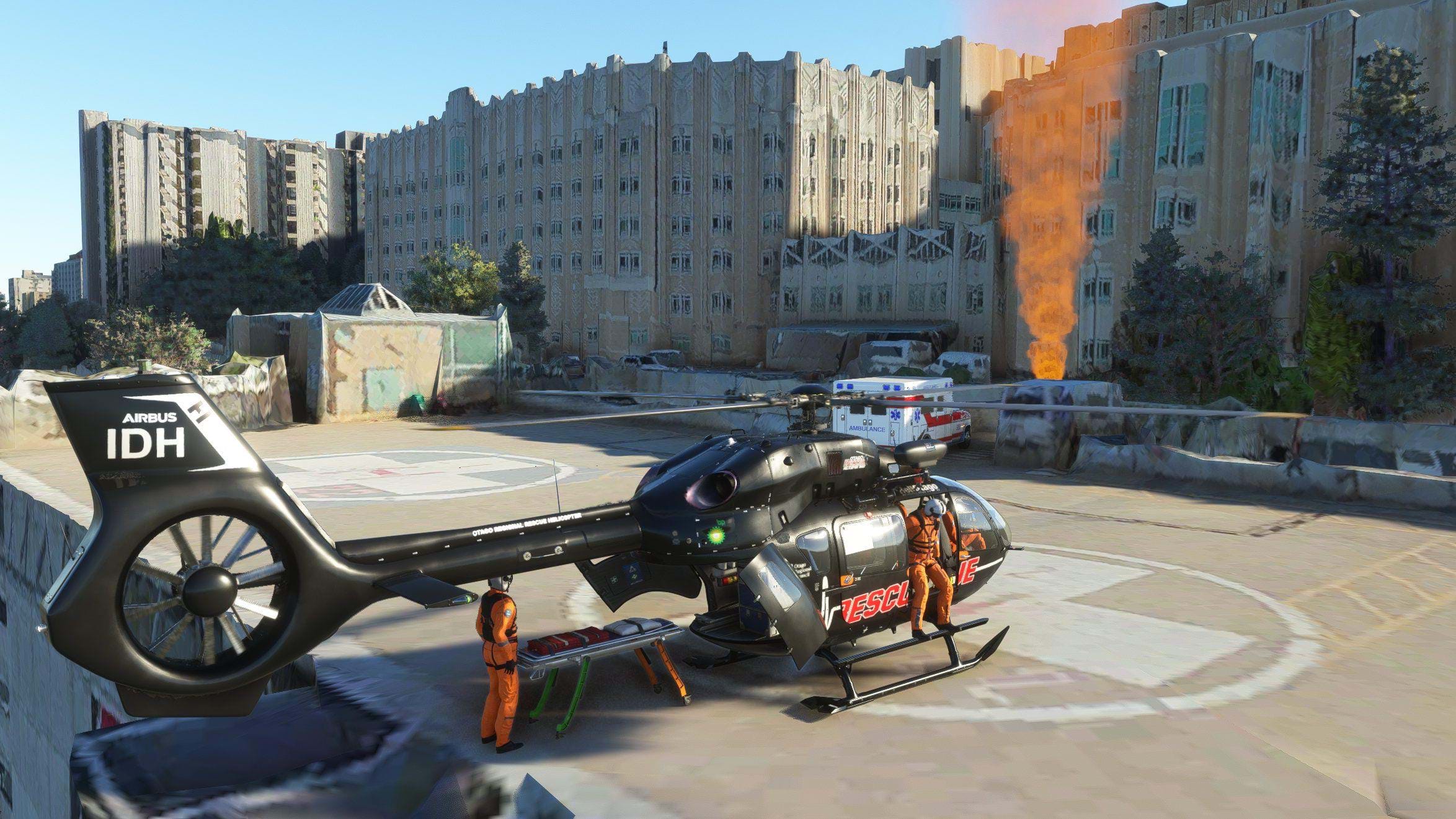 The whole process is pretty simple and the missions on the preview copy are nicely laid out. The only issue I found has nothing to do with the pack itself, but the unfortunate way Microsoft Flight Simulator displays things at ground level. It still needs a lot of work. 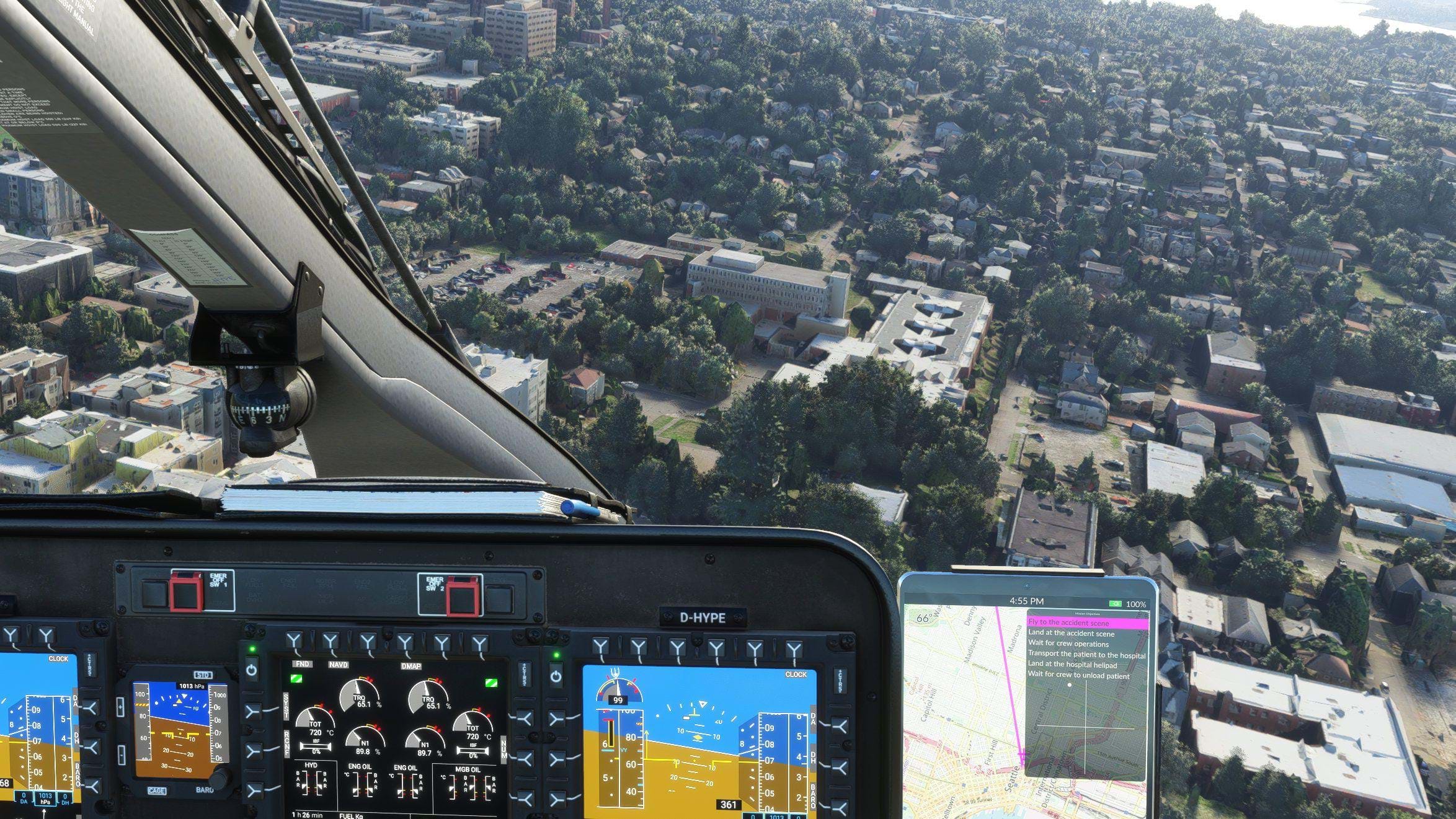 There’s also the ability to practice your winching technique as you can drop your crew member anywhere you like and recover him as well as a casualty that you can transport to the nearest hospital. Very nice and very handy. It’s a shame this particular feature is not standard on the H145. For the price point of the helicopter (which still makes it the most expensive helicopter of any sim – excluding the DCS modules), I feel like it would be a nice feature to offer to those that get this bird.

Find more information about the H145 and the Action Pack at the official website. 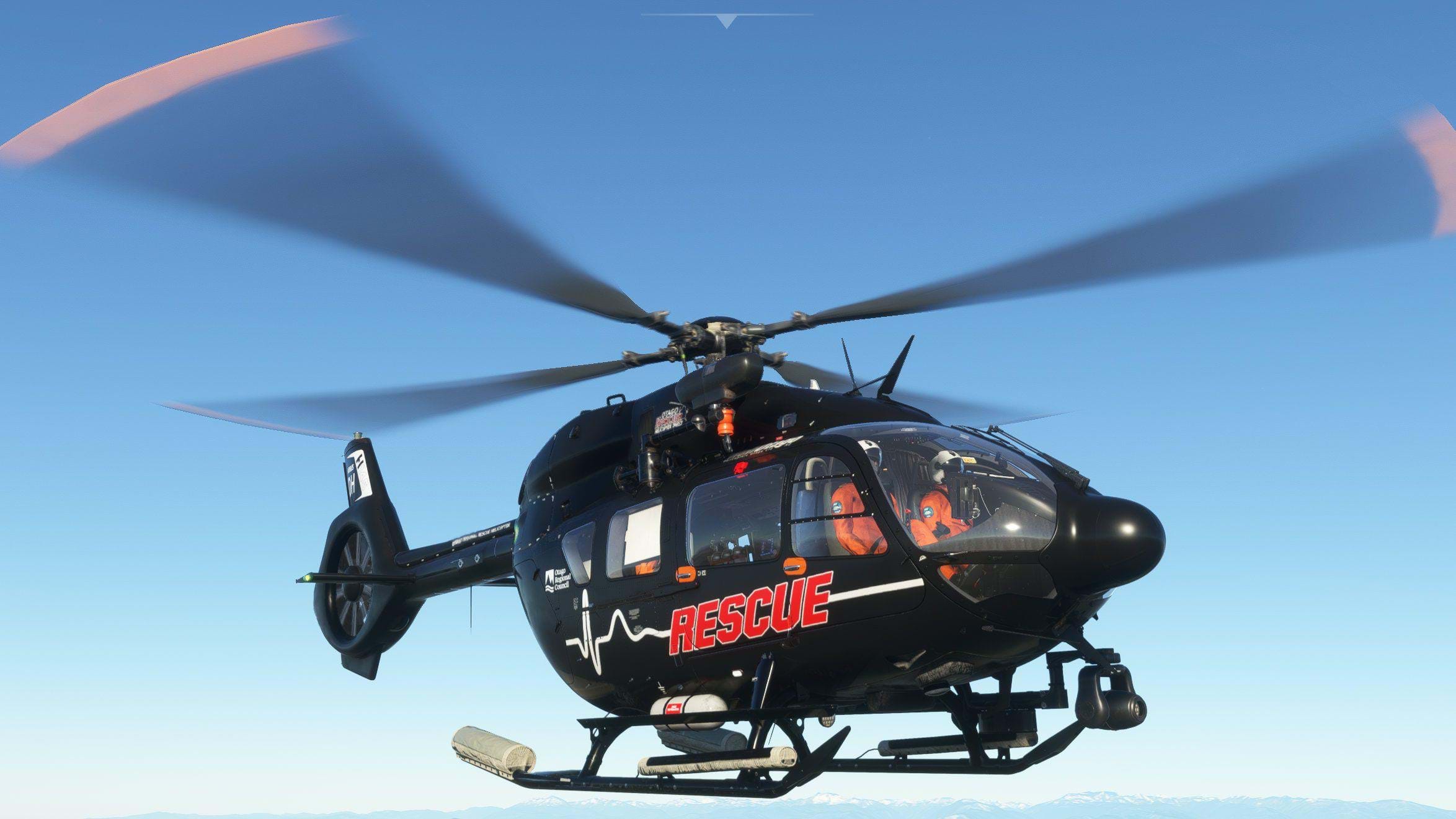 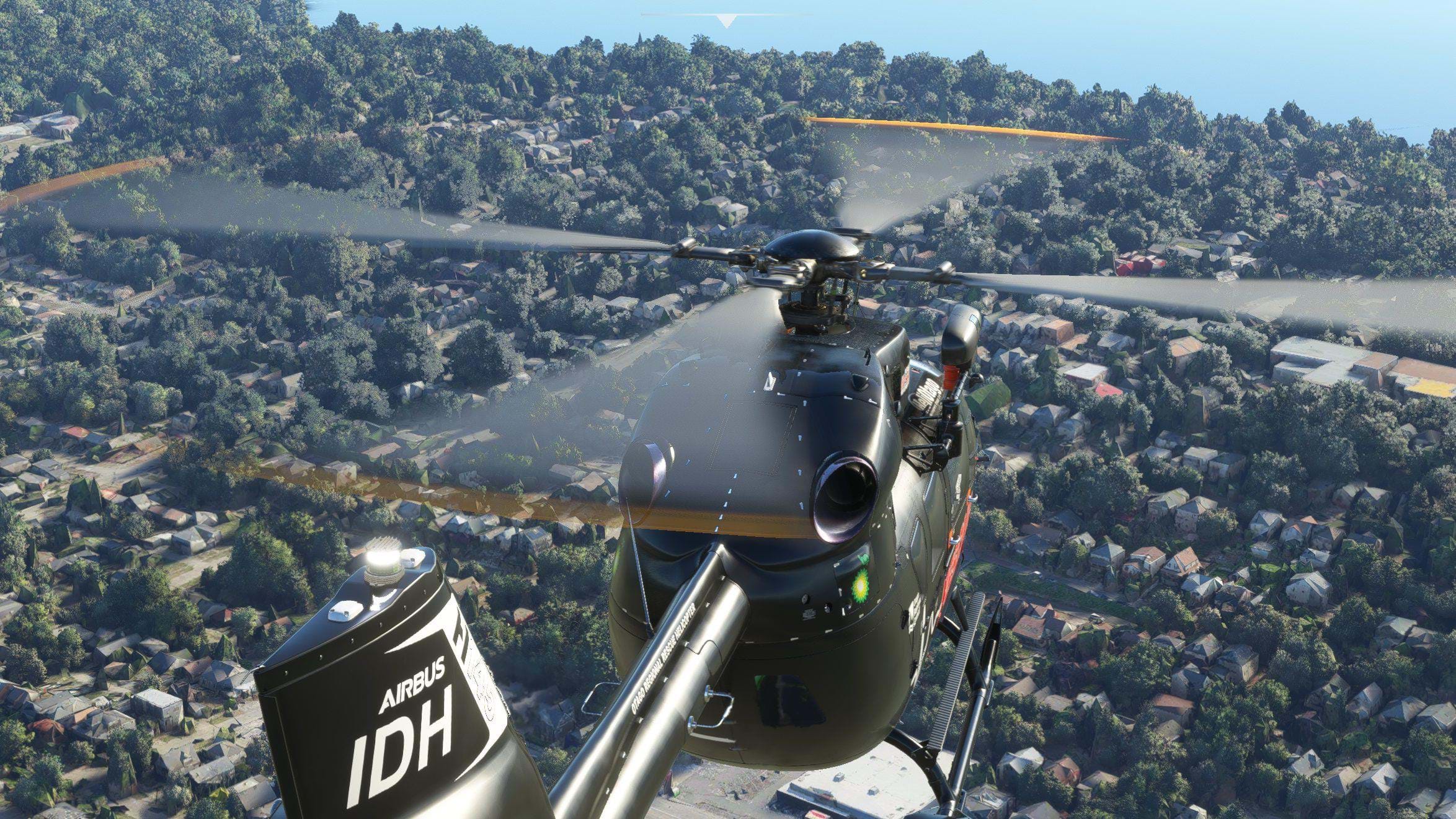 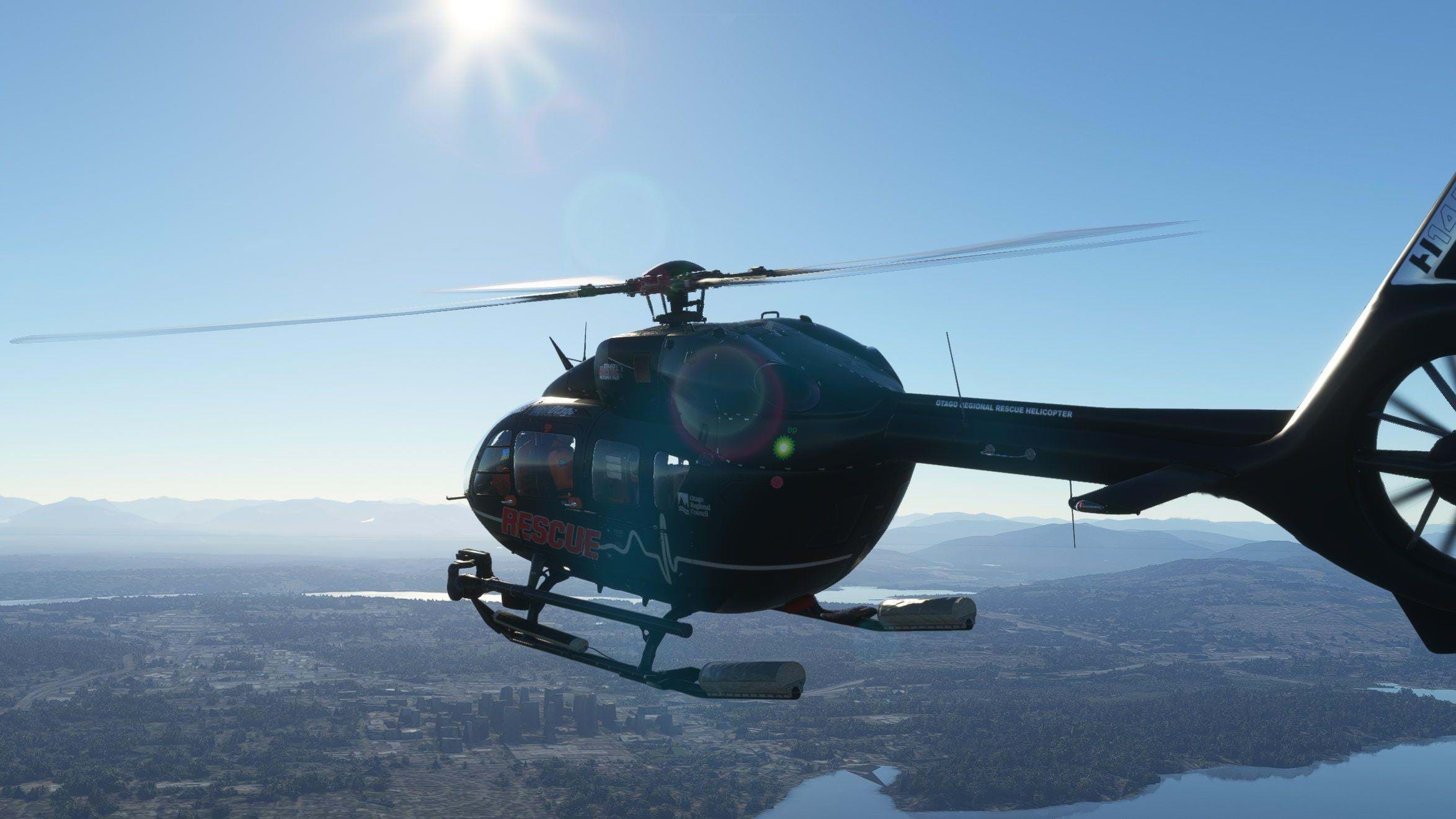