The team at ORBX sent us some special screenshots showing off the 6 helipads scattered around their upcoming scenery for P3D.

As previously mentioned, ORBX’s new scenery for P3D, Hollywood Burbank Airport, will also feature the area around the said airport and it will bring 6 helipads scattered around the area, on top of some skyscrapers.

ORBX now sent us their official press-release and also some screenshots of those helipads. These can be found at the NBCU Tower, Hilton Tower, Union Bank Tower, Warner Bros Tower, ABC Tower and Holiday Inn Burbank. 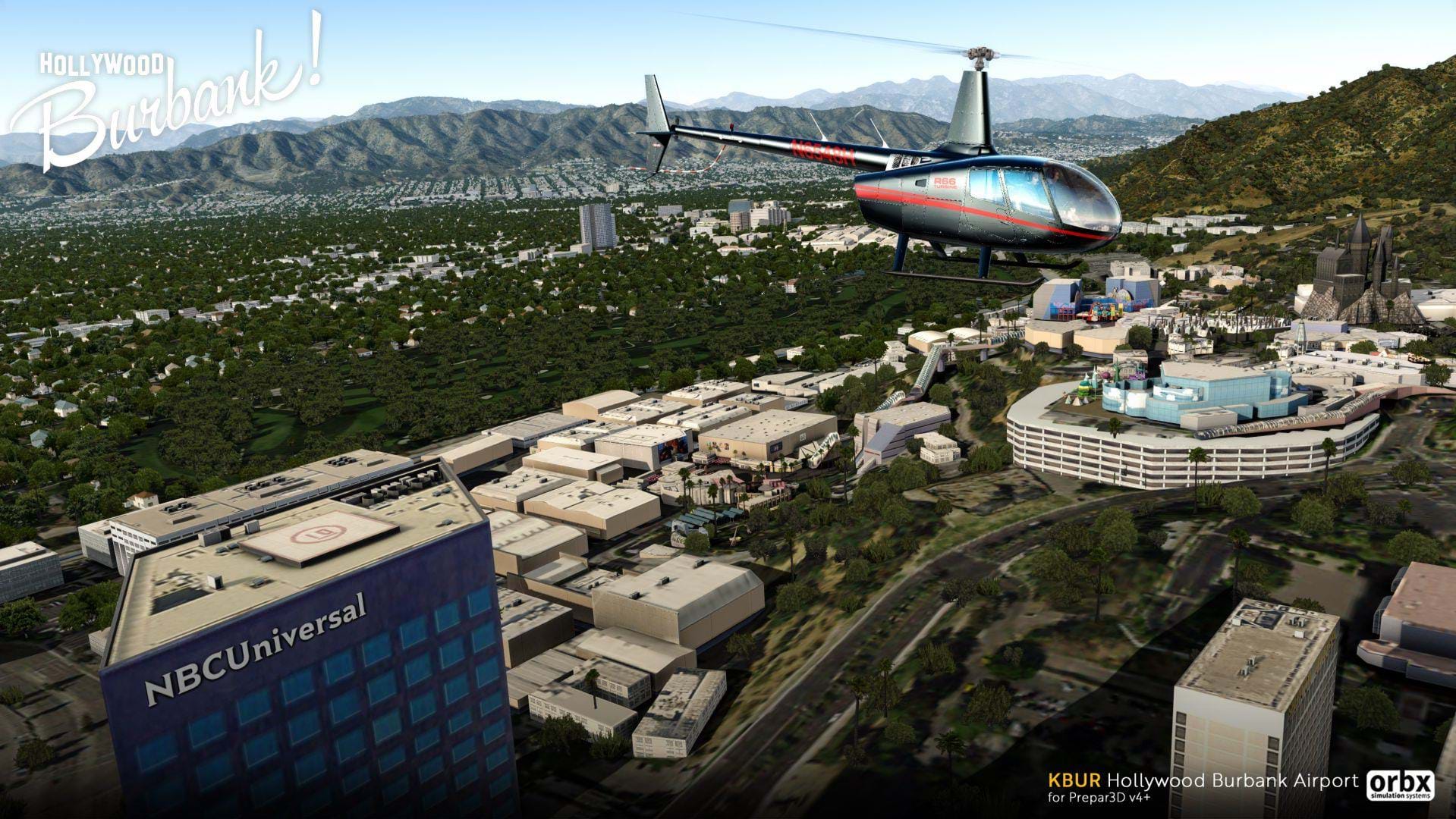 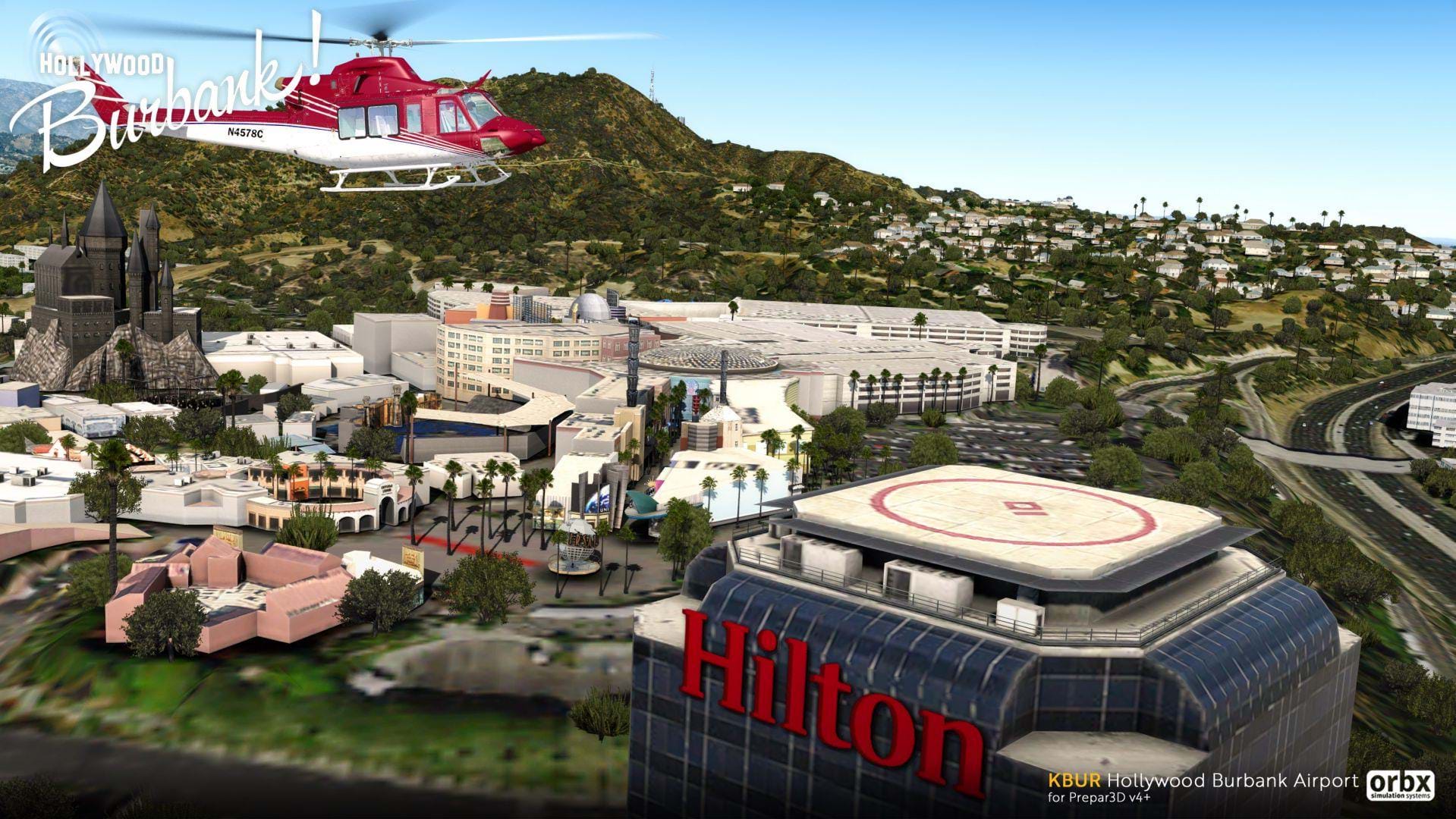 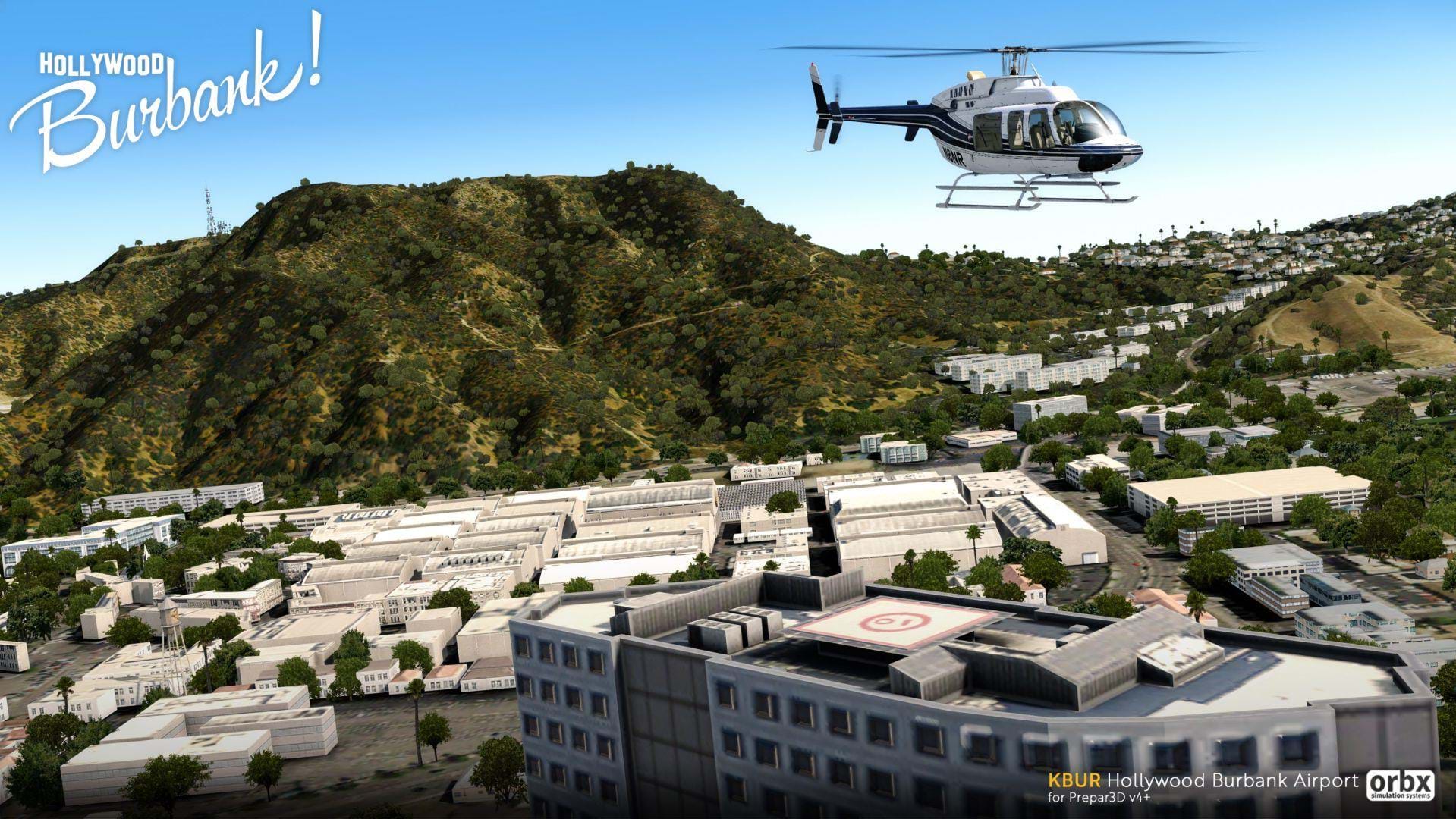 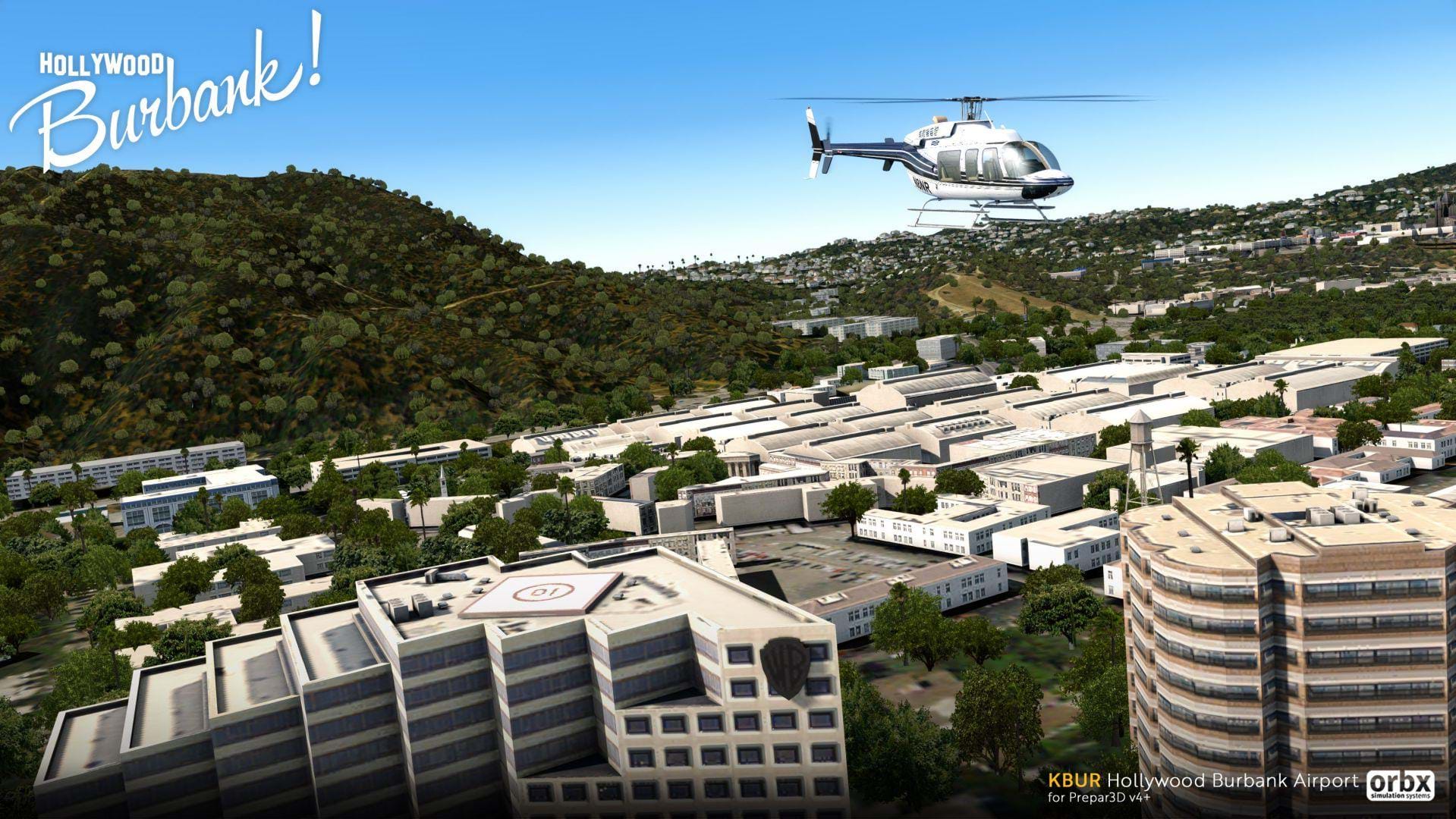 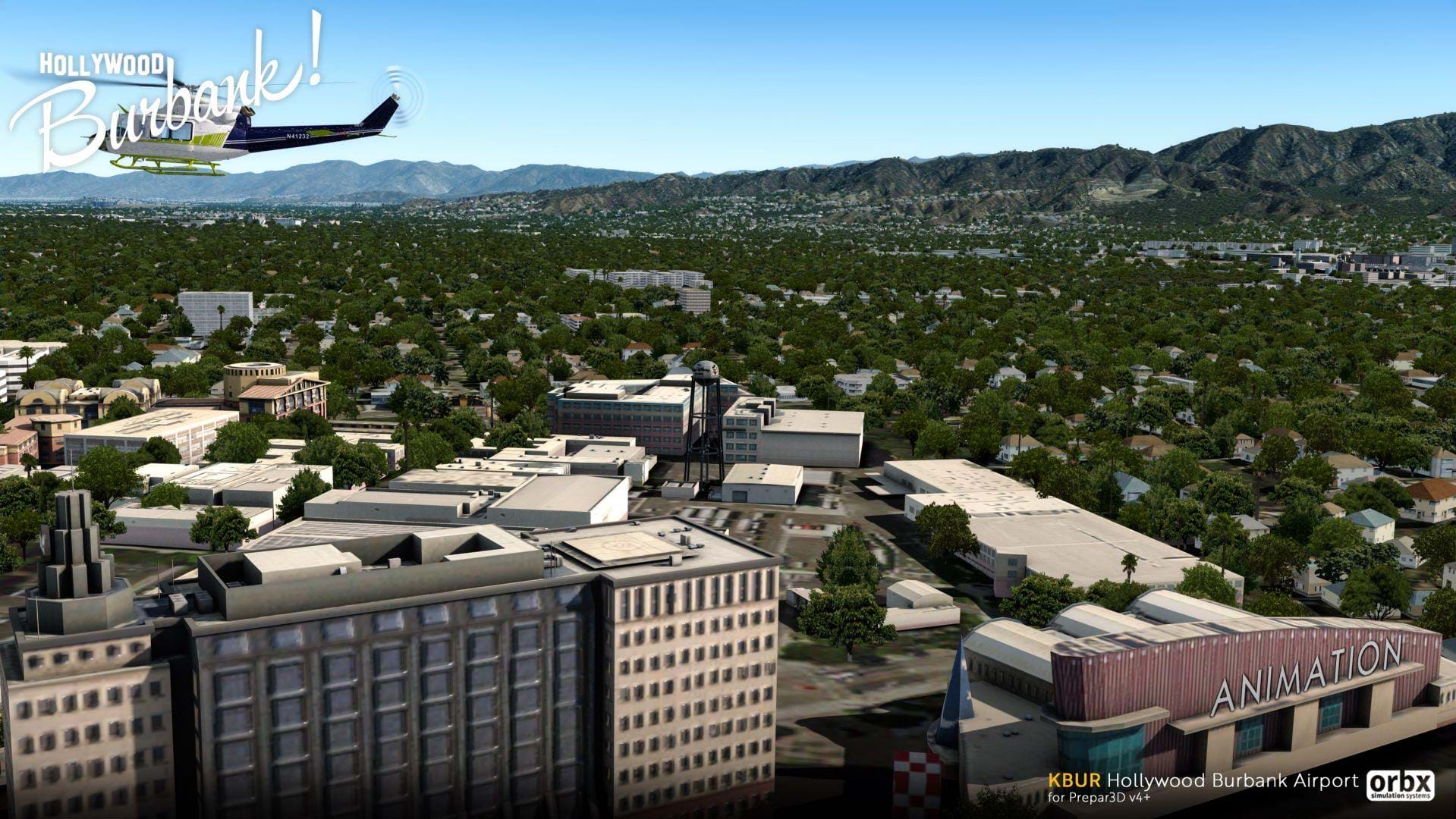 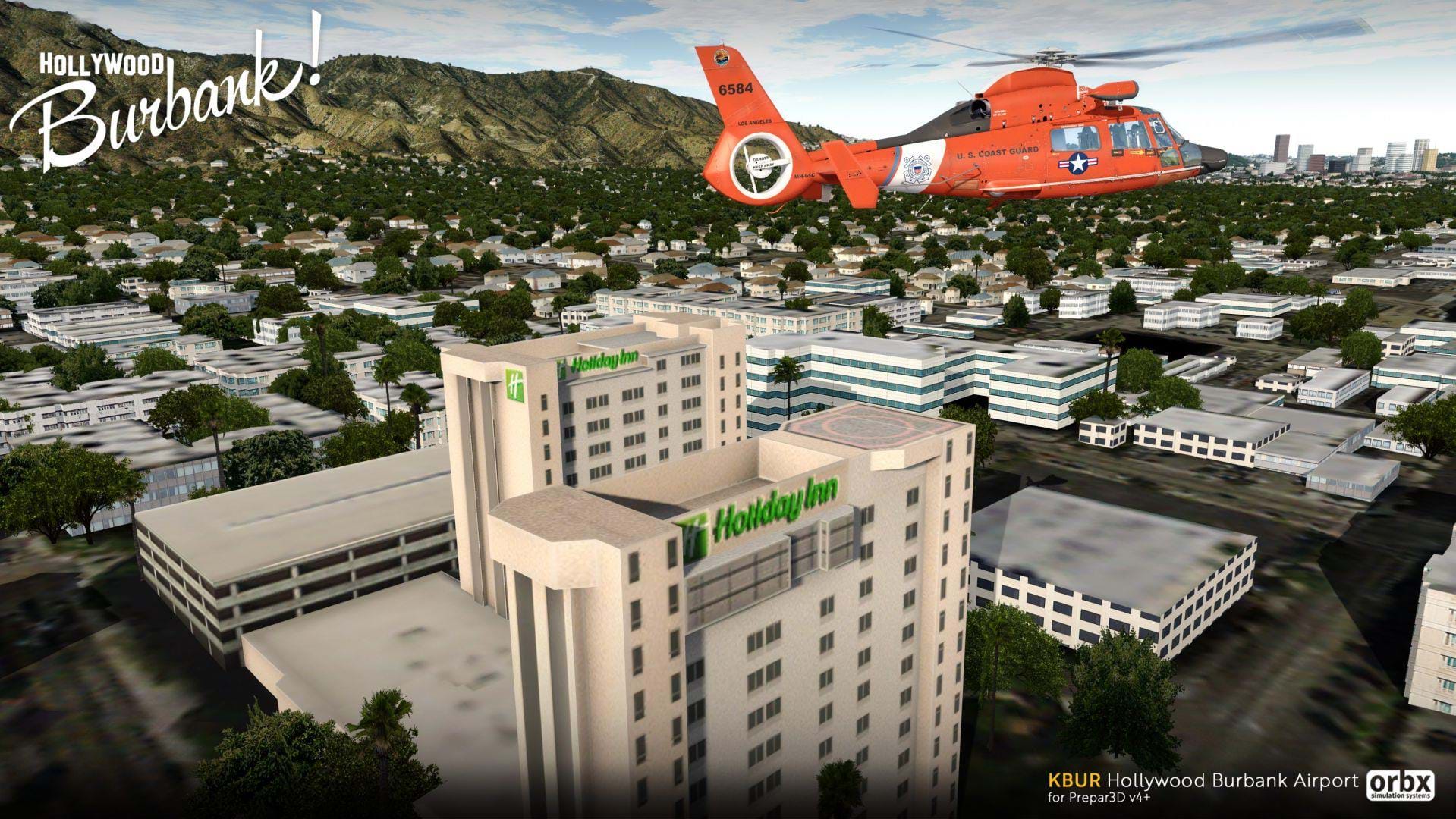 According to ORBX, Hollywood Burbank Airport for P3D should be out during the weekend.

Edit: meanwhile, the scenery was released!

Here’s the full info sheet as sent by the company:

As one of our most requested destinations, an incredible amount of attention has been spent finessing all the details of the airport, including complete PBR textures, unique GSE, vehicles and static aircraft. A key focus of this project has been performance optimization, with ground-breaking techniques implemented to ensure a seamless experience with your favorite addon aircraft.

Burbank Airport is one of the primary airports of the Los Angeles area, with mainline carriers flying to destinations across the US. As the closest airport to downtown LA and the major film studios, it is also highly popular with corporate traffic, as well as being a major cargo hub for FedEx and UPS.

Matteo has modeled the airport with incredible attention to detail to both airside and landside aspects. The custom static aircraft can be disabled or enabled via control panel settings, as well as a host of other performance-based preferences.

Aside from trans-continental flights to locations such as Atlanta, Chicago, Las Vegas and Denver, Burbank is located a short distance from favorite Orbx destinations such as Palm Springs, San Diego, Santa Barbara and Monterey.

Special attention has been paid to the film studios, commercial areas and Universal Studios theme park to the south of the airport. Cross over the Hollywood Hills to explore the Griffith Observatory and iconic Hollywood sign.

All non-residential buildings have been created using new modelling techniques, ensuring a balance between high detail, unique content (no repeated roof textures) and accuracy. As well as the main airport, the scenery also includes six rooftop helipads, and most importantly, lite renditions of both Van Nuys and Whiteman general aviation airports.

Special care has been given to optimization with this project. Aside from techniques used in other recent projects, a key factor in the performance of Burbank is the large coverage area. Using the same advanced optimization methods implemented in projects such as Innsbruck, Palm Springs and Santa Barbara, the project has also been designed to work seamlessly with either Global Base or SCA Southern California (landclass region), depending on the flying style and preference. Understanding the performance issues often associated with the LA basin, and every effort has been made to optimize scenery for extended approaches into the airport.