Helicopters in MSFS on Q4 2022, some info on the development

The company has finally changed the status of the development of helicopters for the sim to ‘Started’ and we have a deadline, which is really not that surprising: we should expect helicopters at the end of 2022. 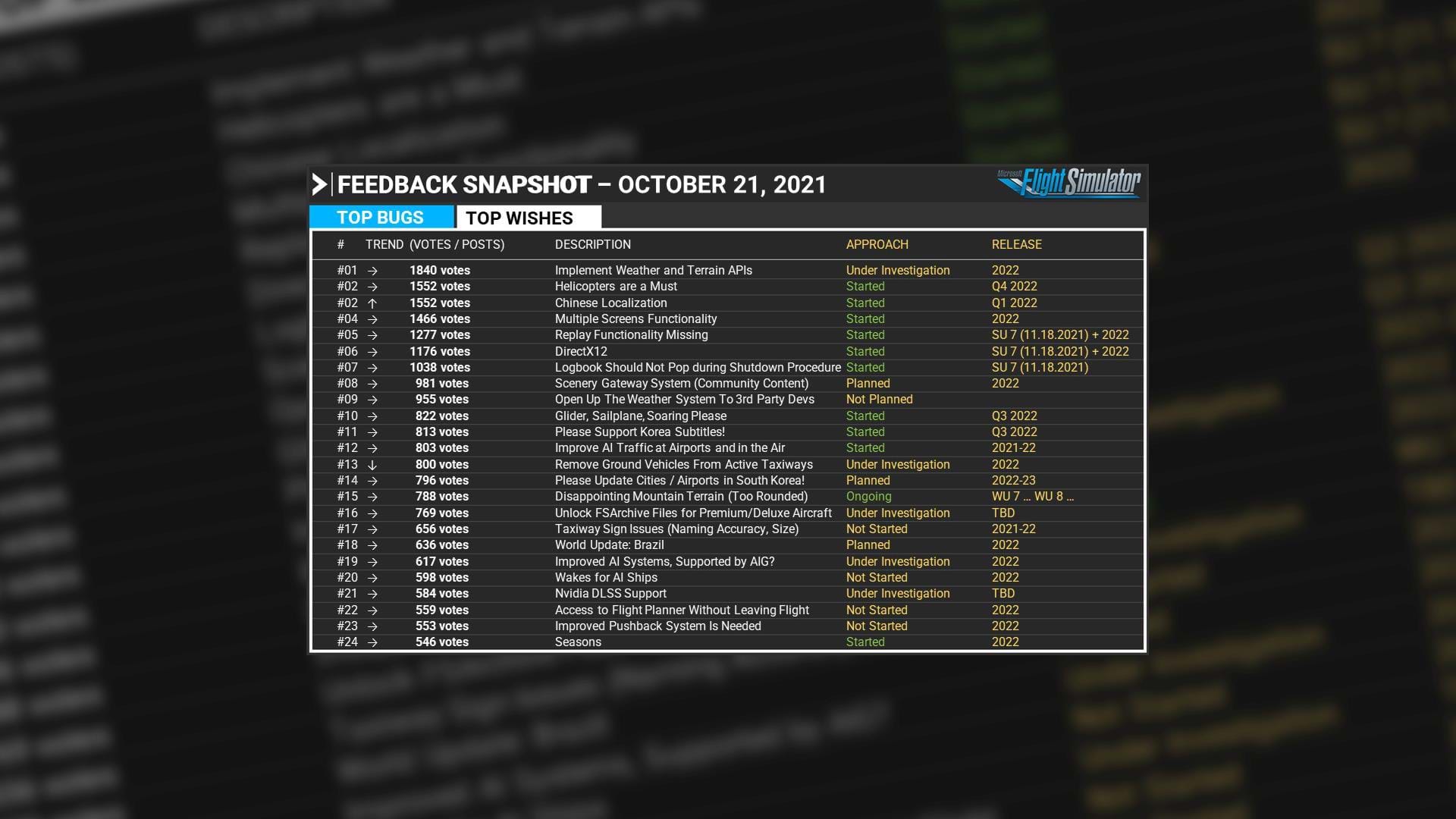 It’s not exactly news as it has been updated a few days ago, but it seems a lot of people have missed it (and we haven’t covered before, really) but Microsoft has finally announced when we should expect helicopters.

Well, they have announced a smaller timeline, at least. We already knew helicopters would make it (officially) in 2022. We just didn’t know when.

I’m sure all of us suspected it, though.

In their October 21st update, Microsoft has shown the status change and the foreseeable release date. Q4 2022 is now the date. On the Developer Q&A that was streamed the day before the release of the update, the team also addressed helicopters, and Sebastian Wloch, CEO of Asobo, indicated that they are “just at the beginning” and that the goal is like the team has done previously, to take out “some of the hard-coded stuff and replacing it with […] tiny little surfaces that are interacting with the airflow”. But with helicopters, they need to make these surfaces “being able to move very fast”.

As with anything related to helicopters, rotors provide an extra challenge since, as opposed to an airplane propeller, a lot more happens during each revolution.

Sebastian Wloch also mentioned the flexibility of the rotors, which is another issue the team has to solve. In fact, Sebastian has made a direct comparison with aircraft wing flex as he mentioned that while “the wings animat exactly based on the amount of lift and load factor of the wings”, the “actual forces don’t move yet”.

While this can be “cheated” on fixed-wing aircraft, it’s a rather important part of helicopter dynamics. So, the team is changing this and making it so that “anything on the plane can move for real”. This will lead to the development of a new system for propellers, which will render them a lot more realistic – and this will benefit both helicopters and fixed-wing aircraft.

Something else that was mentioned was also the development of an “improved 3D simulation” where the sim will be “feeding back what the plane surface will do into the airflow so that you get all the turbulences created by the plane, simulated at micro-level around the plane” (or, in this case, the helicopter). And this is really important as there is a lot of turbulence and vortices around a helicopter, generated by all the moving parts.

As such, the team is “beginning to create helicopters […] get more experts involved and making them great because there’s so many complex effects to simulate”.

In a nutshell, this is what the development team has to say right now. You can, of course, watch the full video below. The section about helicopters starts at 51:54.