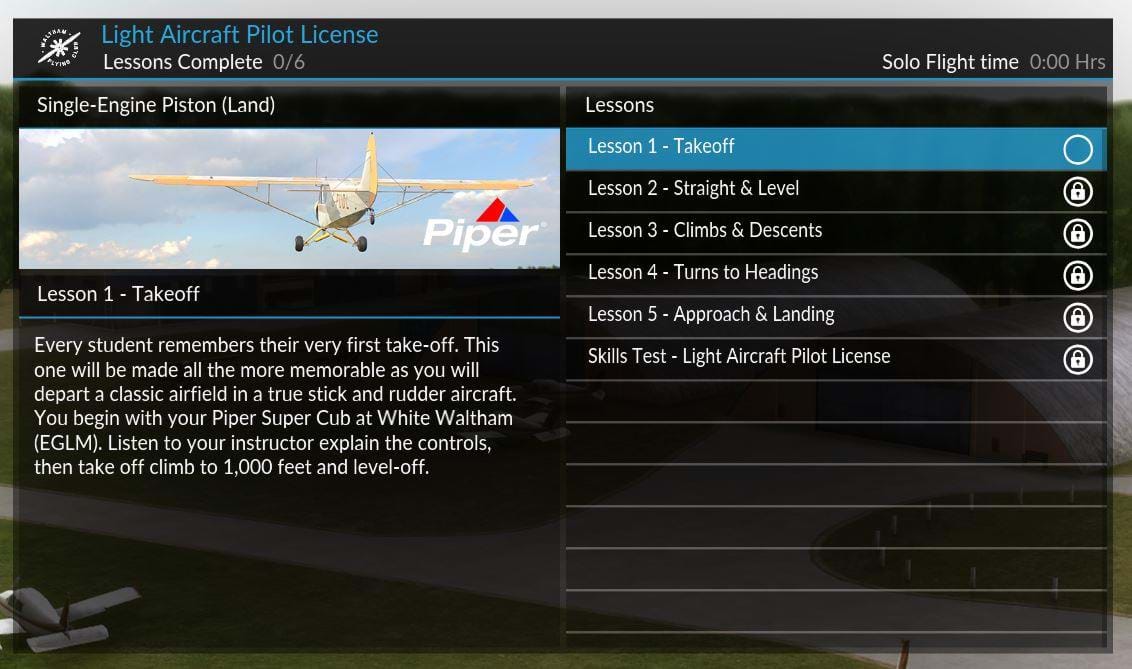 Before I move on, I feel I should talk a bit about my perspective on this product and what is it that I believe Dovetail Games is trying to achieve.

Around the web, a lot of people have been disappointed about Flight School (or FSc) because it doesn't bring anything that new or exciting to the table for those that are into flight simulation for quite some time -- years, even decades. Well, the truth is that FSc is not aimed at us that are into this hobby for some time.

Can we still have fun with it? Yes, of course. I know I am. But I understand the market that DTG is trying to target and I don't expect anything less or anything more than I should from the sim.

The way I see it, Dovetail Games Flight School is aimed at the new folks that wish to get into the simulation hobby. Or to those that, already been flying in other sims for some time (such as FSX, X-Plane or Flight Gear, for example) wish to better learn the ins and outs of flying aircraft or perfect their skill.

DTG's Flight School is comprised of two series of lessons that will take you from the simple task of taking off up to flying in IFR conditions at night, going through everything in between. The idea behind the product is to actually teach you about flying in a simulator. These are lessons you can use in FSc later on -- while flying missions or free flight -- or the simulators I mentioned above.

If you have been paying attention, you'll noticed that an addon will be released in June, which brings a new aircraft: the Diamond DA42, which is a dual-engine aircraft. This will surely come with new lessons for multi-engine aircraft as well as new missions -- and a new aircraft to fly with, of course. DTG may also have other aircraft on their sleeves. Maybe some corporate jets and airliners. Perhaps even helicopters!

OK, I can hear you asking: "so why didn't they add a school module to their full-blown sim"? Well, there's probably more than one answer to that. I have seen people saying DTG's doing it to "milk their customers", which is one way of seeing it. They release Flight School, make some money and then release the full-blow sim, making some more money. It would be a nice way to inject some cash into the company, which helps paying salaries and continue the development of the new sim, so I don't necessarily see it as a bad thing if that's true. It wouldn't be, in my opinion, "milking the customers", but rather "getting revenue for continued development".

I, on the other hand, see FCs as an affordable way for newcomers to enter the simulation market. Prices for recent simulators are quite high, ranging from around UD$60 to US$70 (if you ignore Flight Gear, which is free). For a person willing to try a flight simulator and actually learn how to fly, that can be costly. Especially if that person decides simulations is not really her thing; it's money being thrown out of the window.

DTG's Flight School, though, priced at around US$15 and offering you flight lessons, seems quite reasonable. The first sets of lessons (Light Aircraft Pilot License and Private Pilot License) will pretty much teach you everything you need to start and learn how aircraft behave and how to control them. If you happen to conclude flight simulation is not your thing, you lose US$15, which is 75% less than you would if you had purchased another sim.

So what's in Dovetail Games Flight School for helicopter pilots? 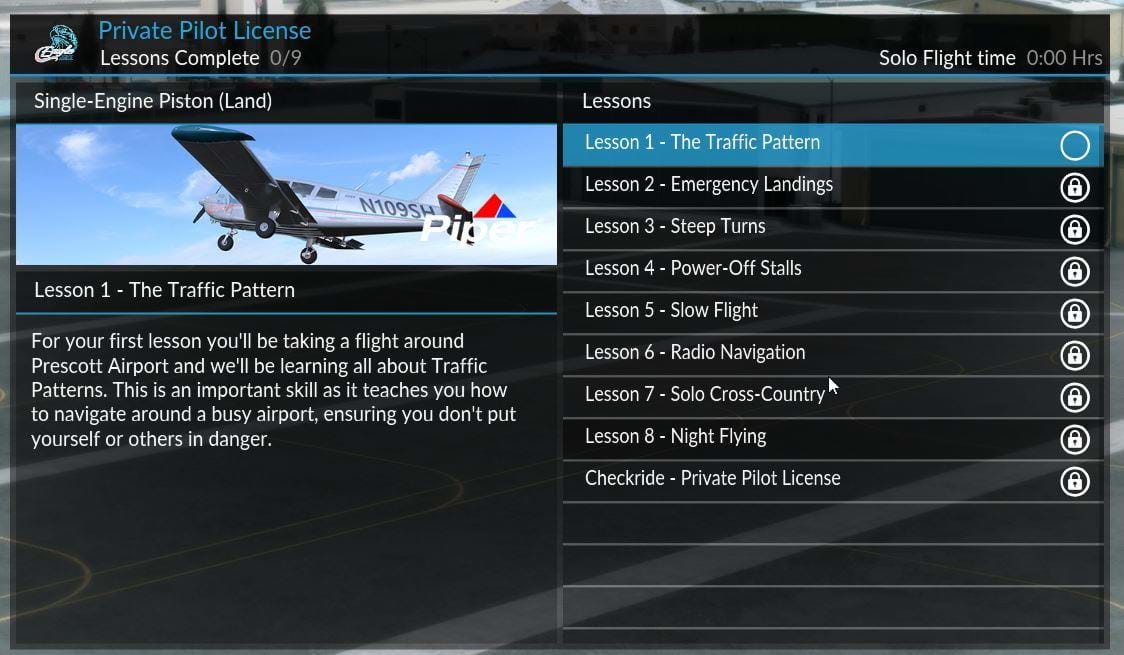 Duh, right? Well, not really entirely a "duh" moment. If you look around the web and search for things like "how to fly helicopters" or "learn helicopter flight simulation" you will probably find a few resources out there that teach you how helicopters work, what a cyclic, anti-torque pedals and collective are and how to use them to control your bird.

The funny thing is that you'll probably never find an article mentioning you should "learn how to fly first". You probably won't see anyone saying: "get into a Cessna in FSX, do the lessons, learn how to control a fixed-wing aircraft, how to operate from and into an airfield, how to navigate and everything else you need to become a good pilot". It will help A LOT if you learn the basics on a fixed-wing aircraft first.

Are you seriously trying to learn how to fly helicopters? Start with the basics. Use the sim you already have or go nuts! Spend US$15 in a set of flight lessons that will rapidly put you up to speed. It's US$15! You probably spent twice that already in a scenery or aircraft for FSX or X-Plane. These US$15 will help you become a better pilot if you're not that experienced and allow you to enjoy your helicopter flights later on.

You will not regret it. And, even if you are a veteran simmer, FSc has something for you too. I've been having a blast going through the lessons and doing the missions. It's always very nice to get the feeling of a new sim that is the youngest son of the beloved FSX.

So yeah, guys. DTG Flight School might be for you either you're trying to learn how to fly or perfect your skills. Even if you're a hardcore helicopter pilot, you might have some fun flying these planks. We'll forgive you.