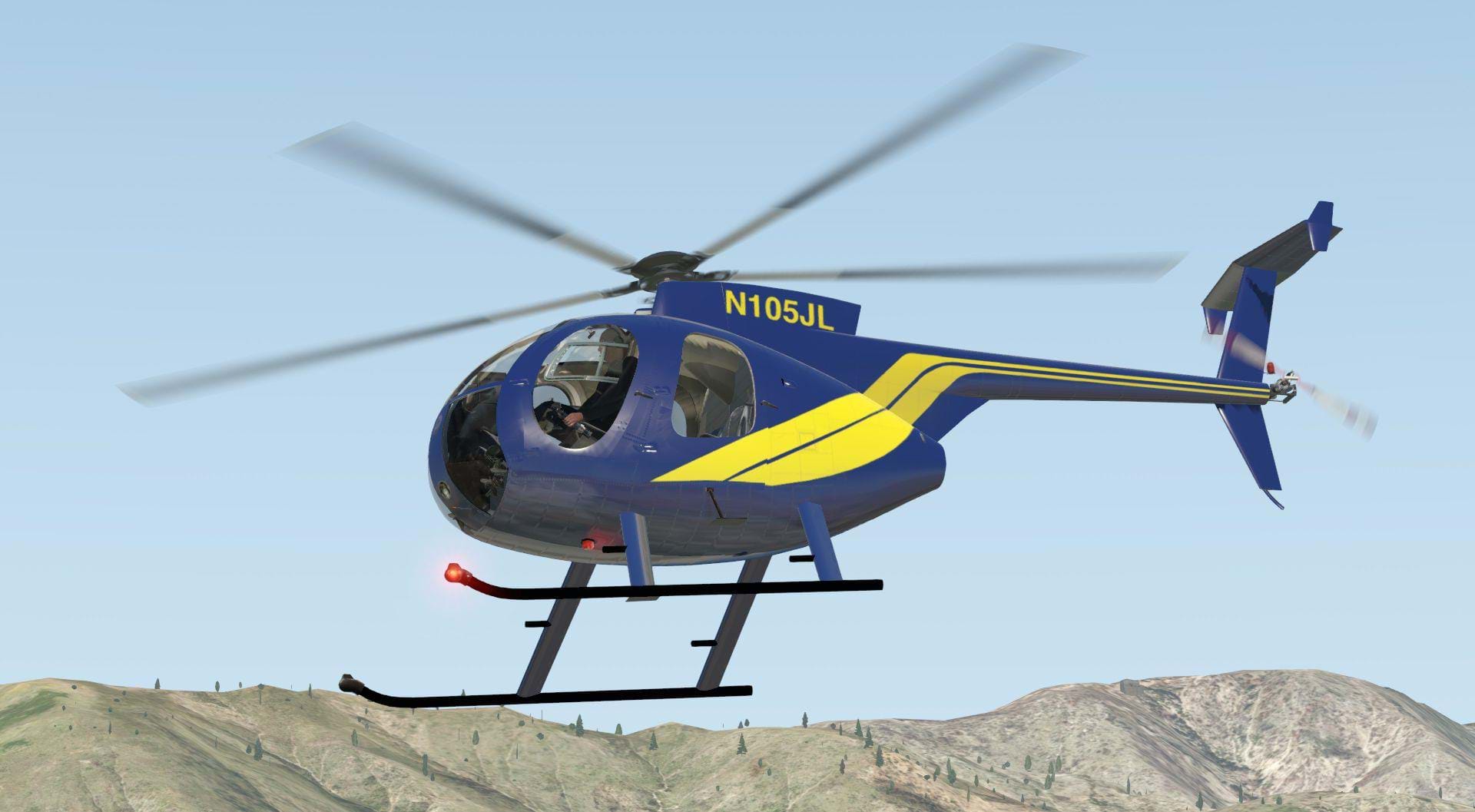 This is part of a series of liveries representing my favorite helicopter N105JL. I flew this aircraft in the early 2000's shortly after earning my commercial helicopter pilot certificate. This is livery represents N105JL as it was for a brief period between 2013 and 2014. It was operated by Western Helicopters at Rialto Airport.