Sensoryx: getting your hands in VR

May 18, 2018 | by Sérgio Costa
Articles, Video
News, Virtual Reality, Hardware, VR, Sensoryx, VRFree
Have you tried VR? Amazing, isn’t it? What if you could use your own hands in the virtual world, instead of the clunky controllers? You may soon be able to. Sensoryx is precisely working on that. 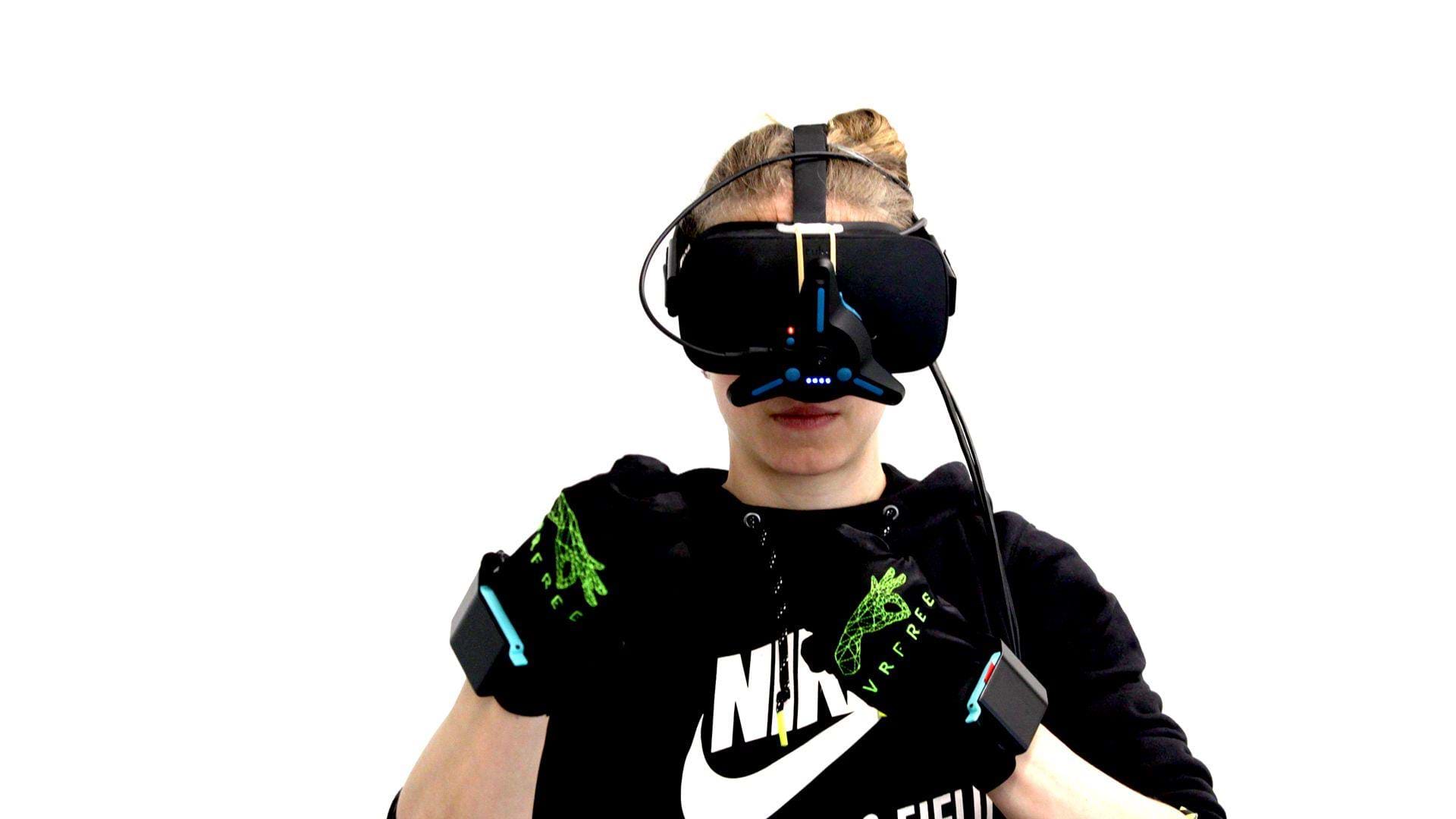 Imagine using your hand to reach your aircraft panel and rotate a know or push a button. Or perhaps open your window or even untying the rotor blades. All using your hands instead of controllers.

This is what the folks at Sensoryx are promising: a way to interact with the virtual world using your hands.

The project started back in 2011 when Fabian Wenner and Rolf Adelsberger first met and discussed about founding a company that would create high-quality solutions to allow end-consumers to interact naturally and intuitively with VR.

Rolf had completed his MA thesis in 2007 while at MIT/MERL on a novel, wearable motion-tracking solution using off-the-shelf components. 6 years later – after Rolf had finished his PhD, sufficient seed money was gathered, and 2 more developers had joined, Sensoryx AG was founded.

The team has been working since then to develop and improve their product.

The VRfree glove system allows users to interact with the virtual world with their hands by means of a set of gloves and a casing, which contains sensors that, I presume, “see” the gloves. The casing is attached to your VR set which can be pretty much any VR HMD (Oculus, HTC Vive, Gear VR, Google Daydream, etc.). The only limitation right now is PSVR as it’s a "closed system".

The kit consists of 2 gloves and a headmount (plus an RF dongle) that you fixate on your head display. Everything is integrated into these components: 3D tracking, full degrees of freedom for the hands and fingers, 4-5 h of battery life (rechargeable and quickly replaceable with a spare), 190° field of view etc.

Having an extra gizmo attached to my face kinda worries me as I don’t need the extra weight. I asked Fabian about it and the told me that "They are really lightweight: one glove including the casing and battery weighs about 150g.".

Connecting it to your computer should be asy as well: it only requires one USB-port – either to plug in the headmodule cable or the respective dongle, both of which will be part of the consumer set.

I, of course, got really interested about it for simming. So I asked Fabian how doable would this system be for the regular simmer:

"Since we are currently only hardware providers (plus SDK of course), the will to integrate the tech is at the discretion of the sim developer. We are working hard to convince as many large game and simulation houses to integrate our solution into their software since it will provide a massive upgrade to the level of immersion. We believe the first mover on the game developer side will have a significant advantage over the competition since HMD owners are all waiting for high-quality content!

Apart from speaking to those game developers we intend to grow, to add more staff and start develop our own professional content to show off what’s possible."

Wait! Did he mention, an SDK?

"Yes, it is already available and developers from the Global Game Jam 2018 were already able to test and program with it. We currently have a Unity SDK plug-in (.dll), with Android and Unreal becoming available shortly as well)."

Fabian also told me the company is in touch with ED so that DCS may support their technology and they are also working closely with VRMotion.

When I visited the company, they have shown me a "mockup" panel of a C172 that could be used with "VR gloves" so that you had the physical sensation of actually interacting with the panel. It had no gauges at all, but it was just a 3D panel that you could touch. All the imagery will be provided by the VR set.

Date of release and prices

Sensoryx plans on starting an Indiegogo campaign by the end of this month, with a 4-5 months delivery target for the first 150 devices at a very competitive retail price of $350 per set.

Early subscribers (www.sensoryx.com/subscribe) will get $50 off, so ~$300 for preorders.

Once the Indiegogo campaign ends (by the end of June), the company aims to deliver the first 150 sets within 4-5 months.