The Hawk-60 Collective grip is the second offer from VIRPIL for a collective set and, you may have guessed it, it resembles the UH-60 Blackhawk collective head. 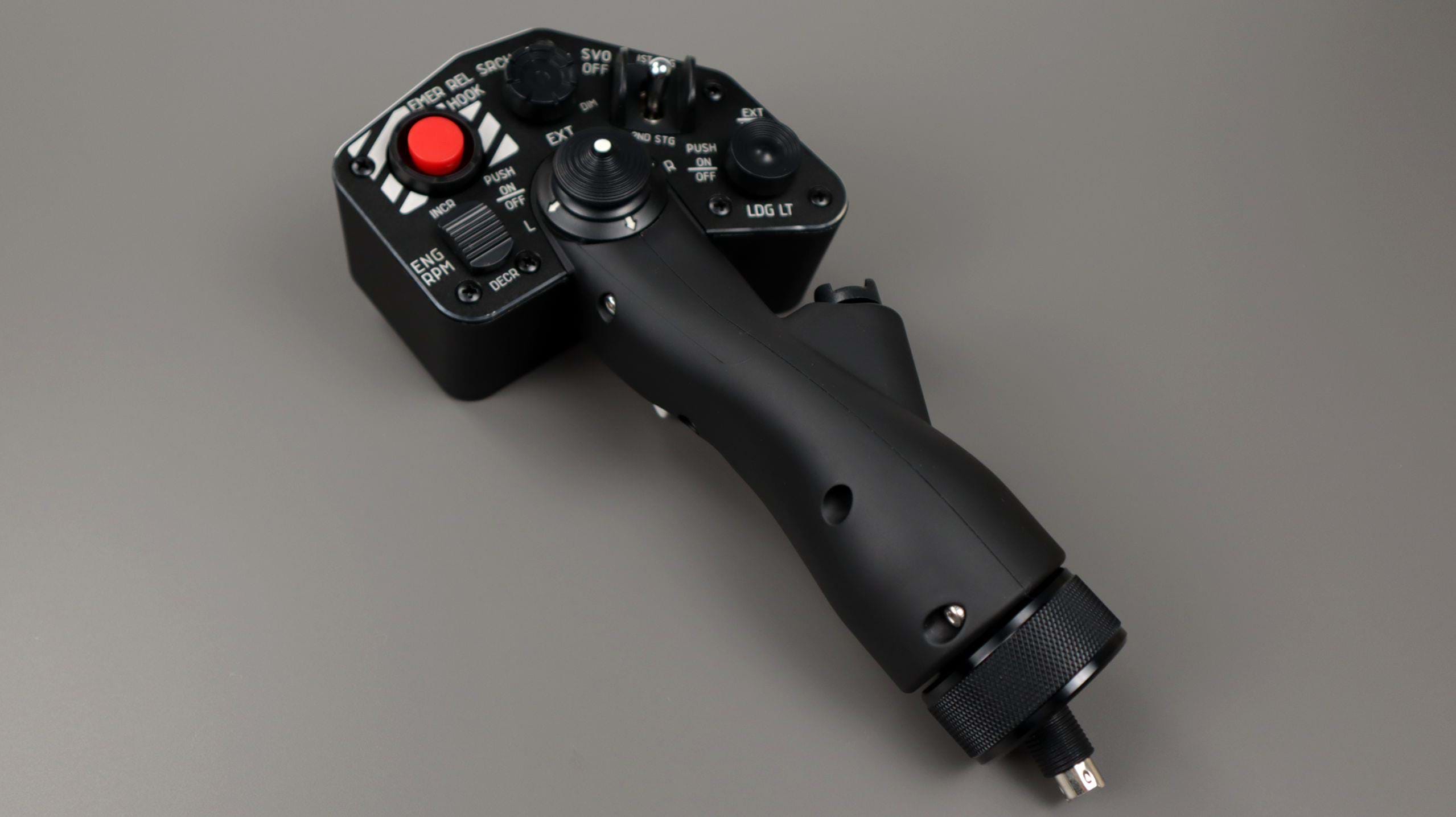 And because of that, I decided to give it a try with the VPC Rotor TCS Base , which is the one without a throttle. In case you missed it, the Blackhawk’s throttles are placed at the roof of the helicopter, not the collective.

So, I tried to make the experience a bit more... Let’s say ‘realistic’. As much as possible, at least. 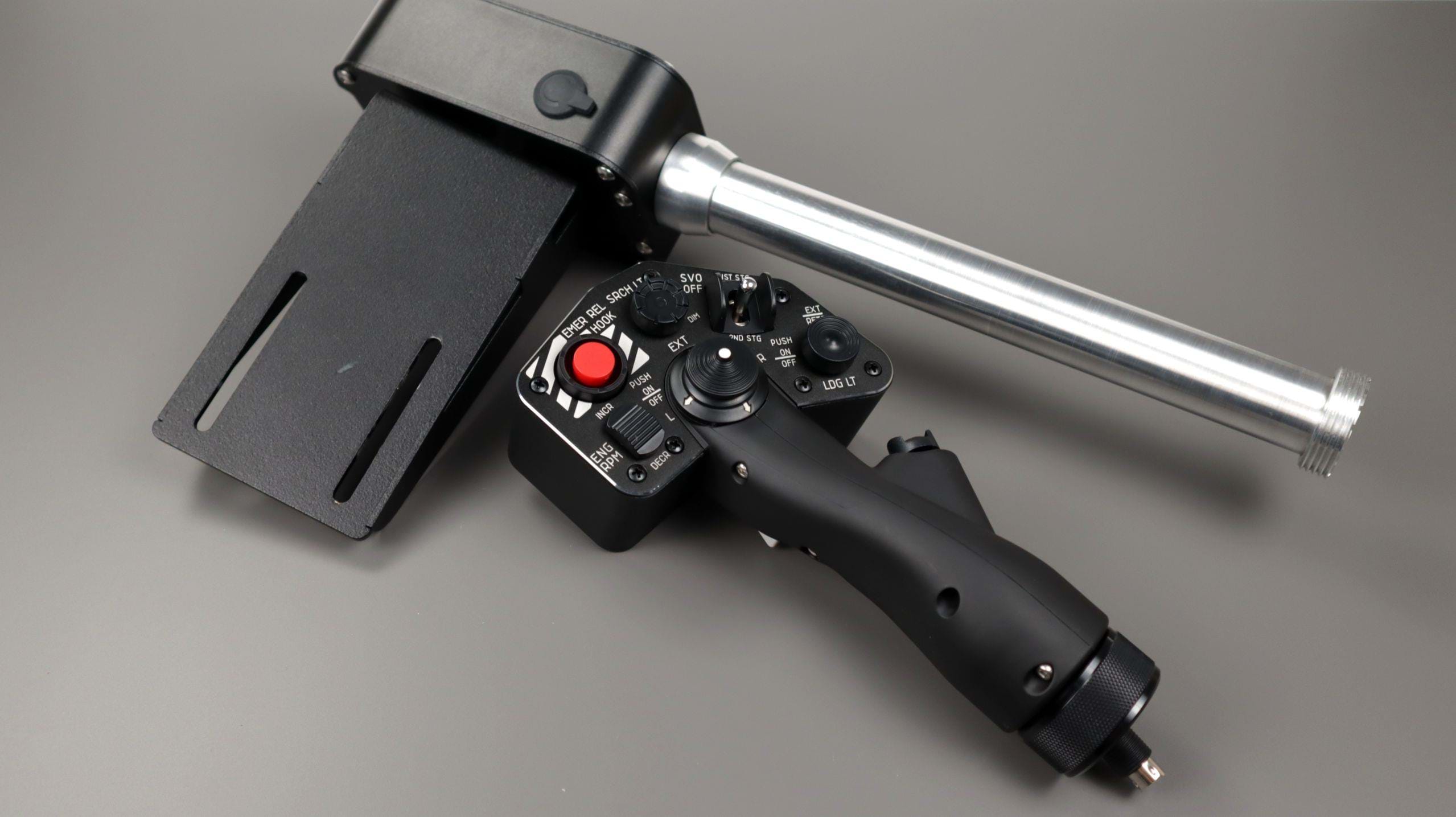 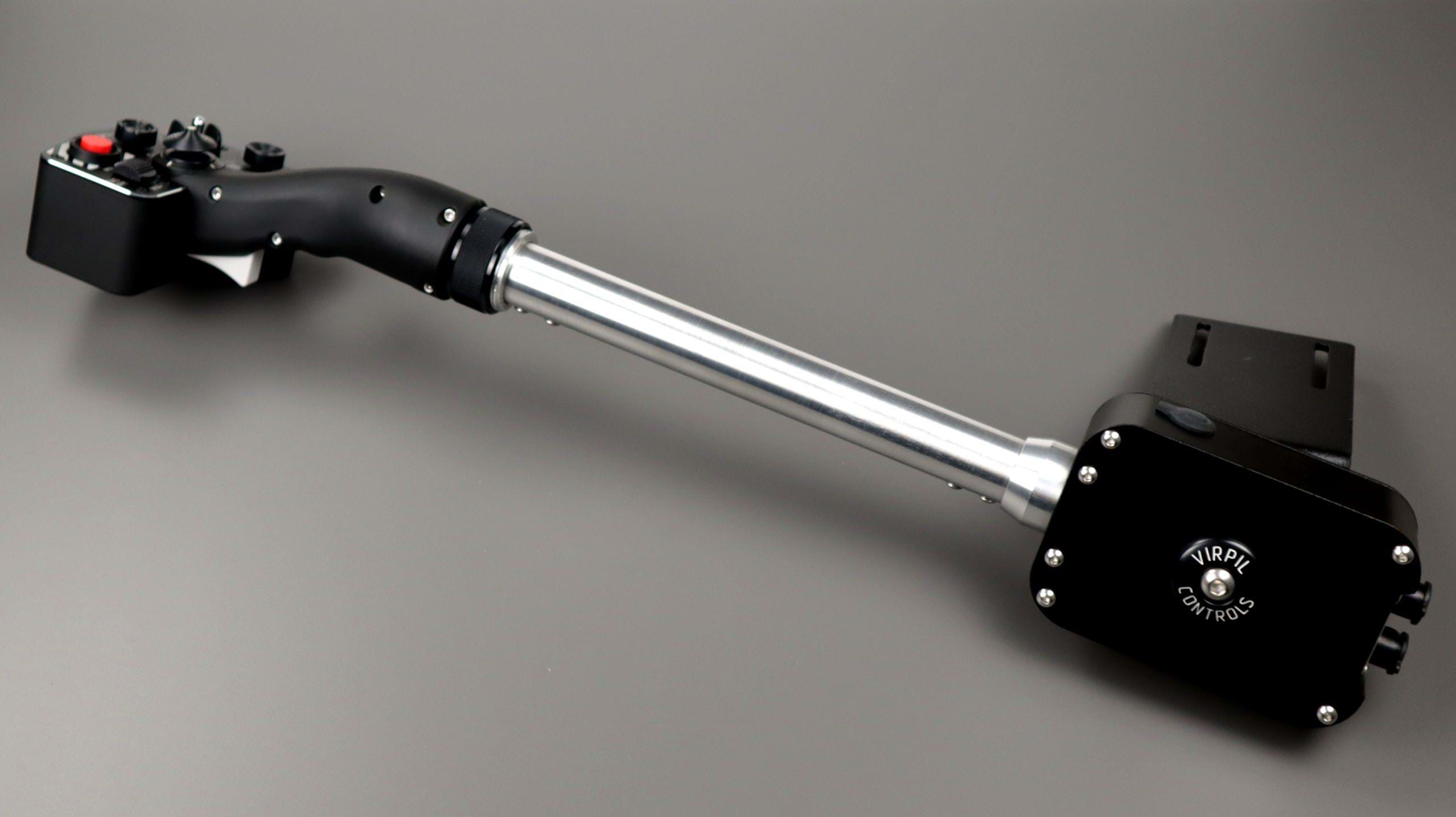 Let’s start with the usual disclaimer: VIRPIL sent me this product for free. As usual, I will be completely unbiased and totally honest with both you and VIRPIL. If something is not right, I will call it. But if it is, I will say so as well.

The first contact with the VPC Hawk-60 Collective Grip is not really a surprise if you are used to VIRPIL gear. And I can say I am .

It’s a beautiful piece of gear. The plastic is of high quality and the black metal is stunning. The unit feels heavy and sturdy. I’m not saying it feels too heavy. It just feels solid. It’s a beautiful feeling.

And you don’t want to get grease and dirt on it, coming from your hands! But you need to so you end up having to ignore it and just get to work! 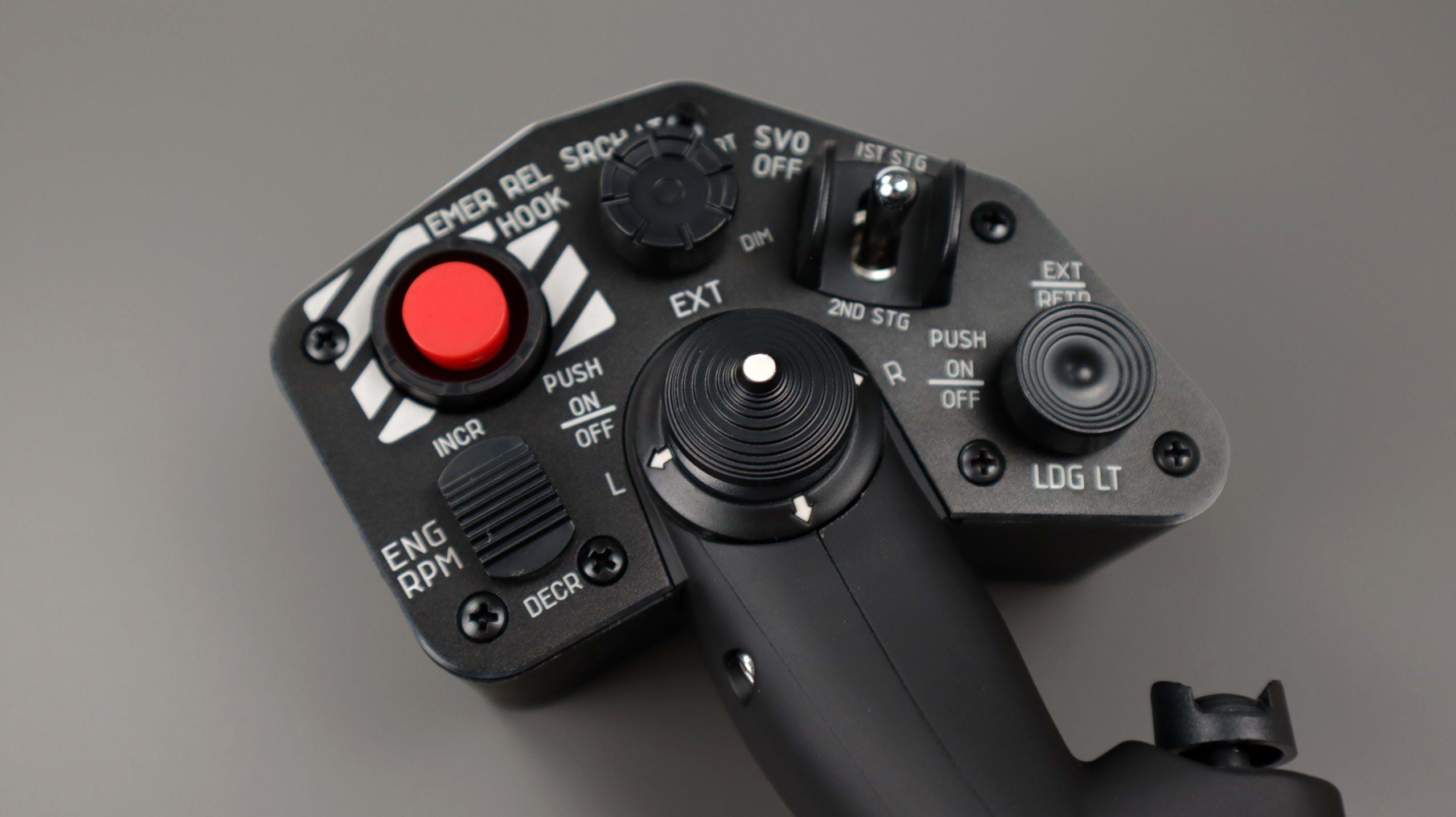 The VPC Hawk-60 Collective Grip, while not a replica, is pretty much a copy of the UH-60 Blackhawk collective had and it has a lot of buttons and hats. Here’s the official features list.

Note that the 8-Way hats can also be configured as 4-Way hats if you need to. Not a lot of people will probably do that but it’s handy. 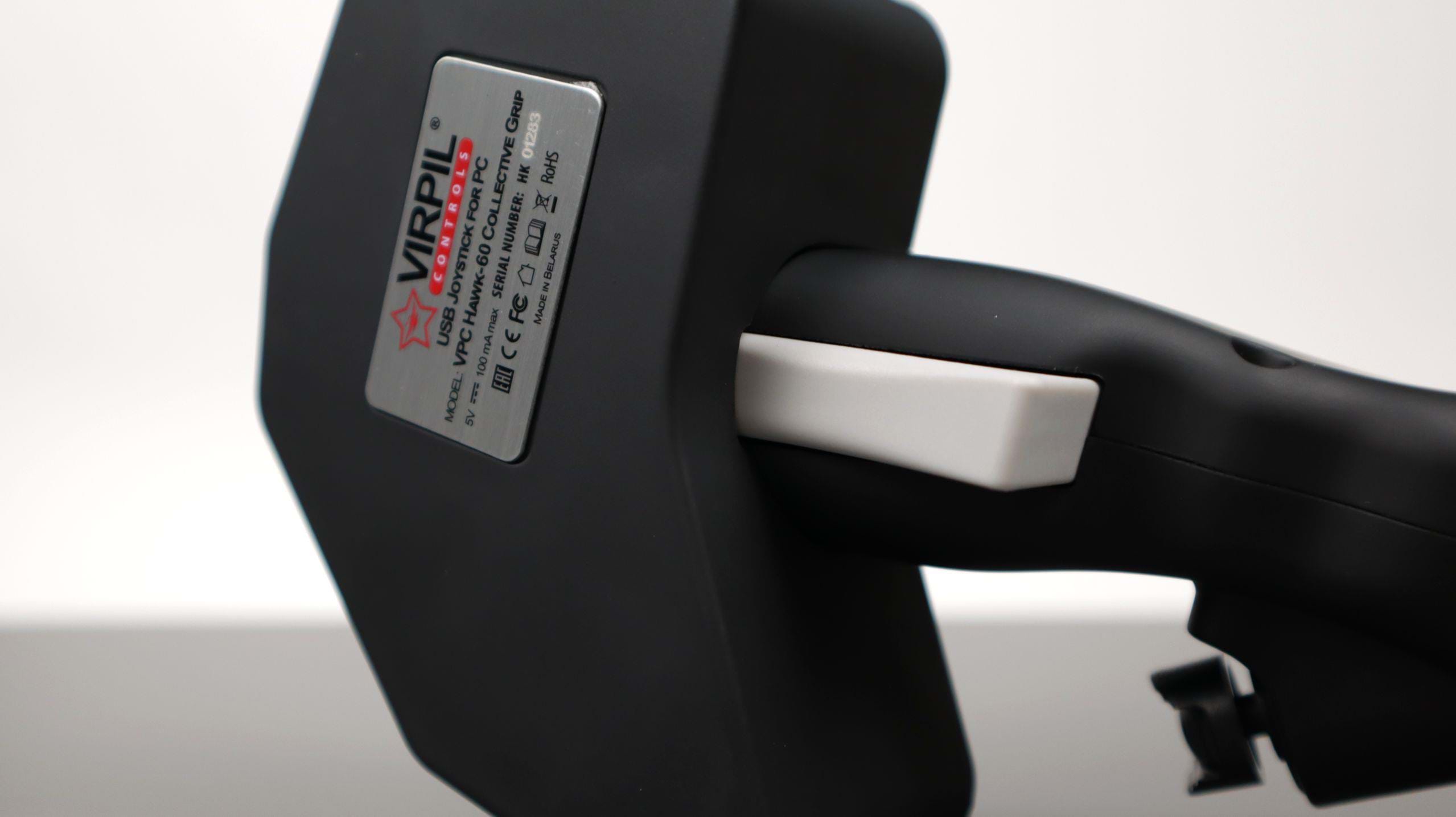 This means we have 21 different buttons in the grip. It’s not the most VIRPIL has in a control set but it’s still a lot. And you get to use a Blackhawk collective head! 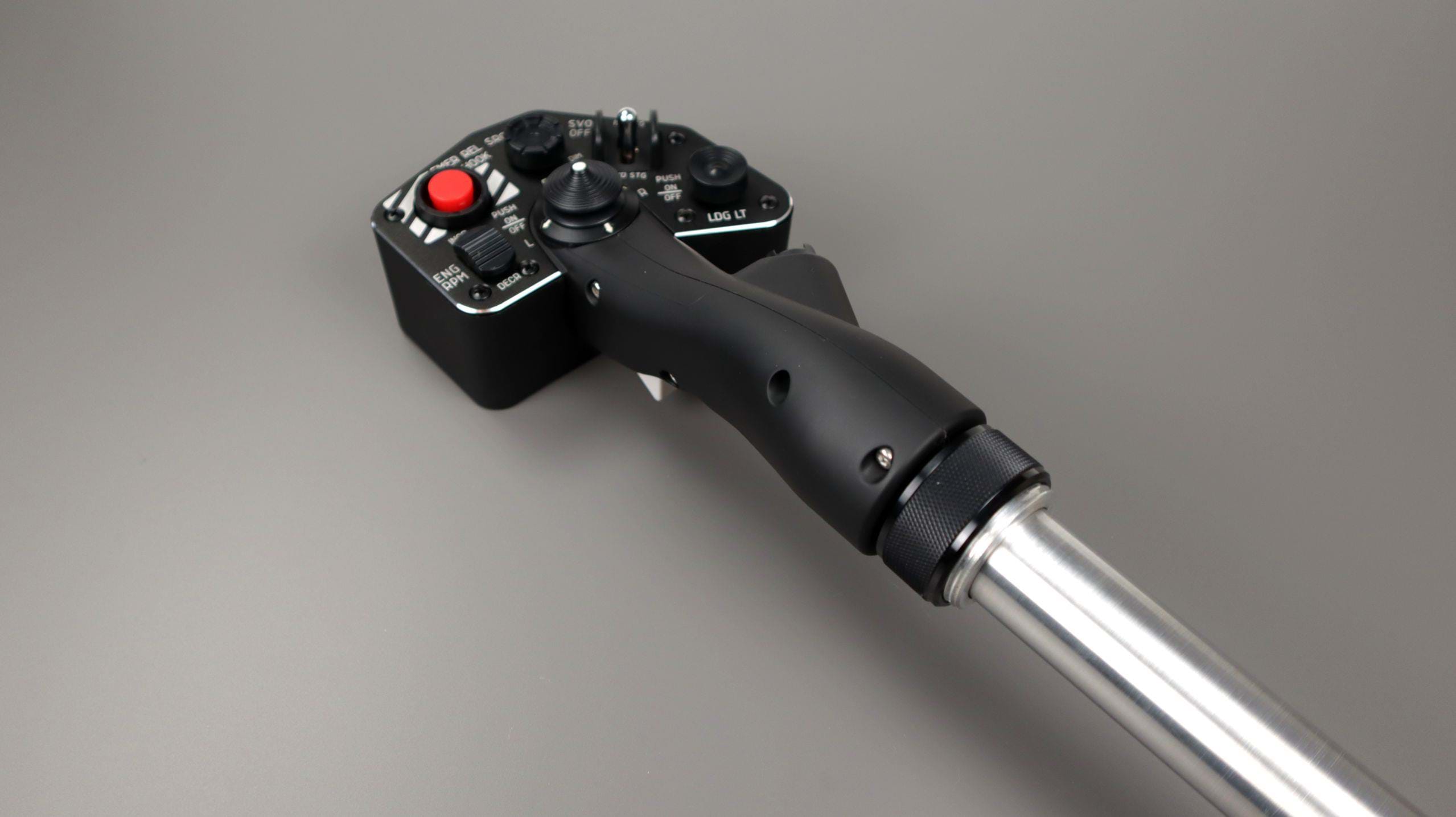 Important note: if you have multiple VIRPIL controls, make sure you connect one at a time and set them up separately to prevent issues, conflicts or even damaging your controls.

I have added this warning to every single review of VIRPIL products. And I will keep adding it. I haven’t heard of anyone that had ruined their units because of this but do keep it in mind. Better safe than sorry.

As usual, installation is pretty easy and it’s a 4-step process:

There’s not a lot more into it. In the case of the VPC Hawk-60 Collective Grip, you can also configure the RGB light on one of the buttons. I prefer to have it off myself, though. But that’s my personal choice.

You will need to do this installation with one of VIRPIL’s bases, of course. If you already had the base, you won’t need to go through step 4 as you probably already did it. If you got the grip and a base, you need to set it all up, which is a very simple and fast process. 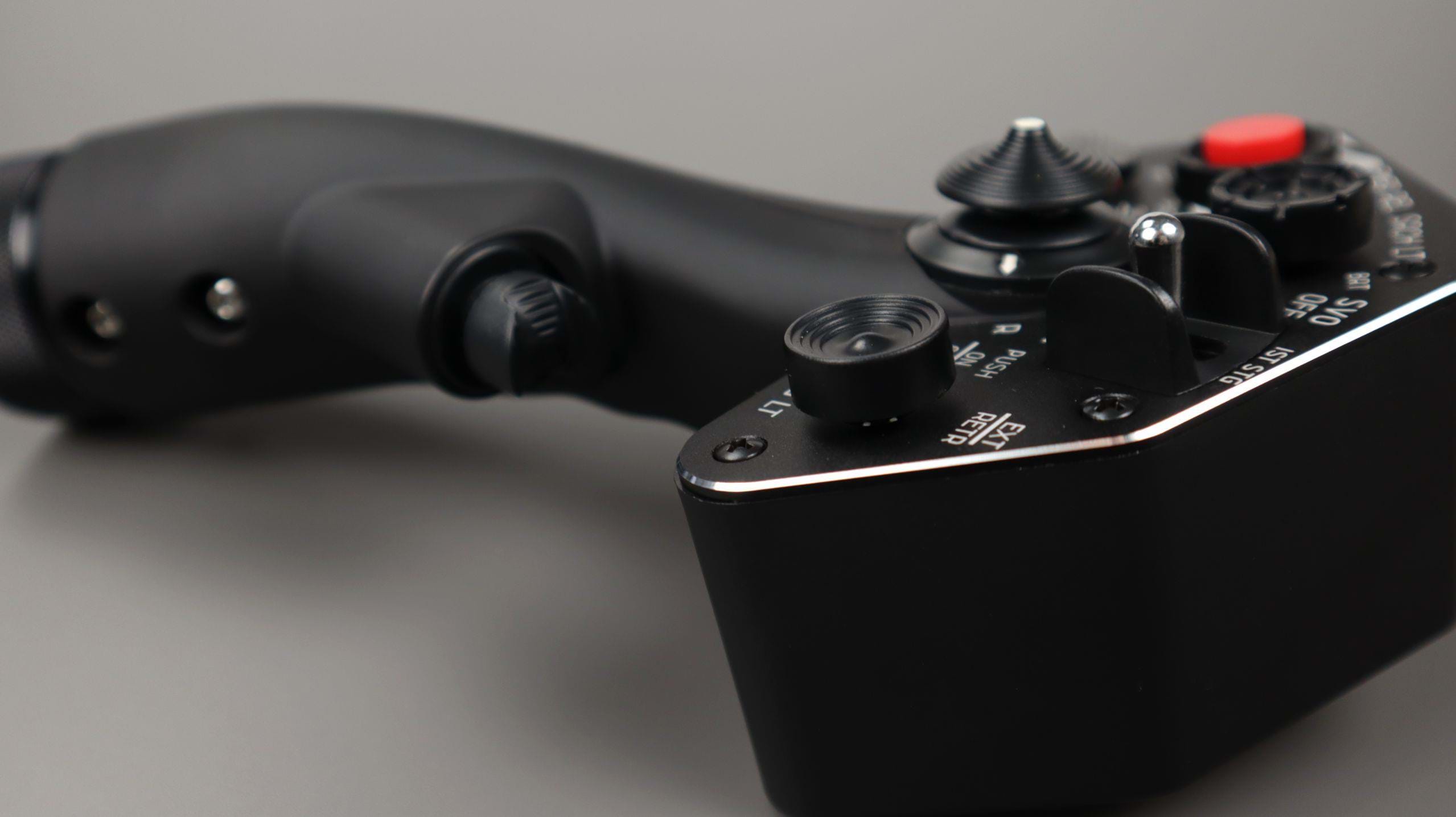 I booted up DCS, of course, and created a simple mission with the UH-60 Blackhawk mod , of course.

I set up the collective quickly, just adding a few handy controls, and off I went.

The collective itself is great, of course, and very precise. You can read more about it here . So that’s that.

As for the grip, I found it quite comfortable. The design is very nice. The plastic from the grip is very comfortable too. Just like with the VPC SharKa-50, I think the grip is a bit too big, which forced me to move my hand a few times. But that’s not VIRPIL’s fault. The real thing is big too!

After a few minutes, I got used to it and I had no issues whatsoever. The controls perform well. There are some buttons/hats that I think could feel a bit more “solid” but nothing that would be an indication of bad quality or build. I have seen that on every single button or hat I tried, throughout the years. 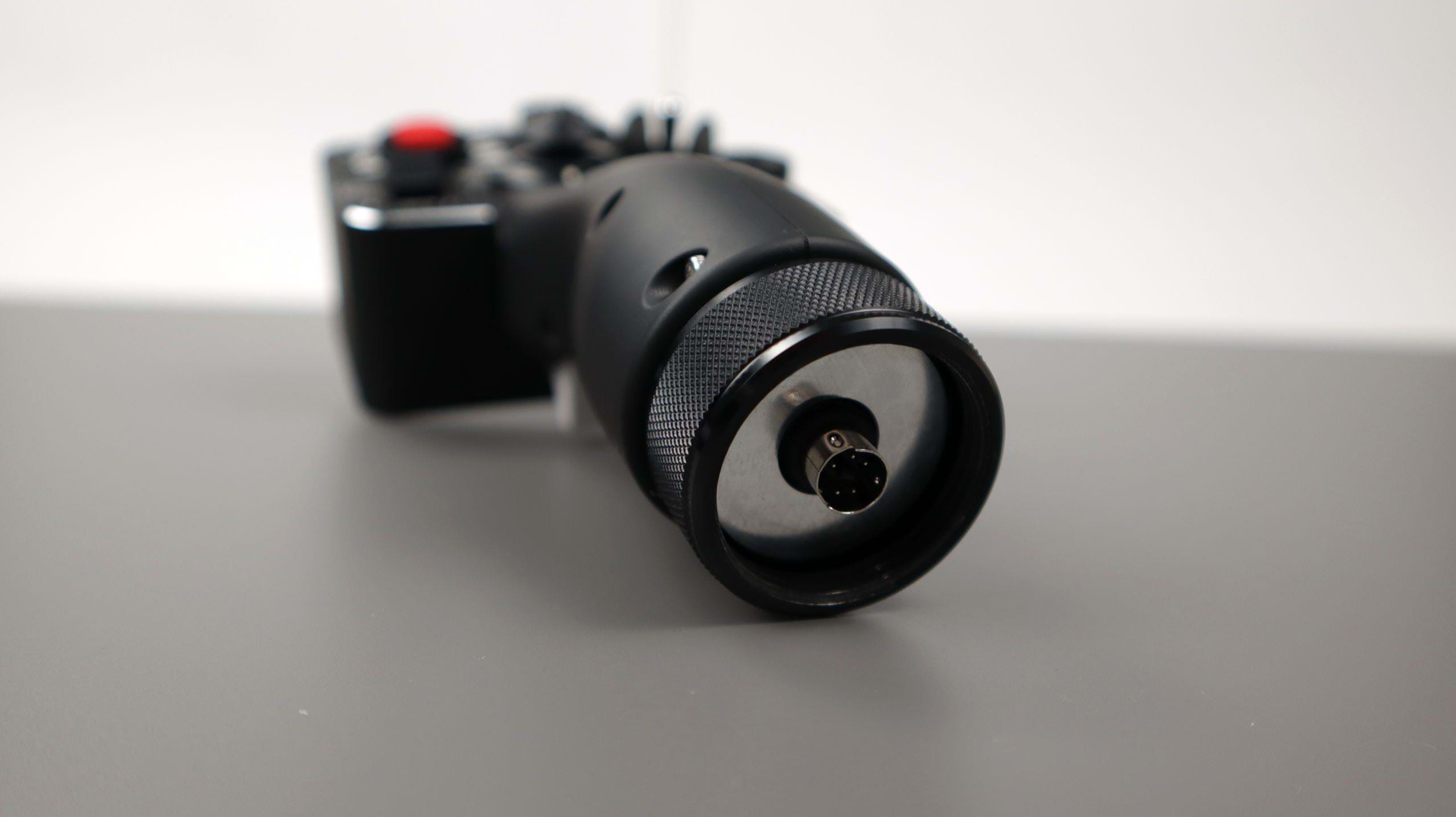 After DCS, I tried the collective grip with other sims. Honestly, it was mostly so that I could have an excuse to get some more simming time. A collective grip is not exactly a highly complex piece of hardware that needs hours and hours of testing. But I did it anyway!

MSFS, X-Plane, and Aerofly FS4, were all tested extensively with the grip.

You know... For science! And for you! 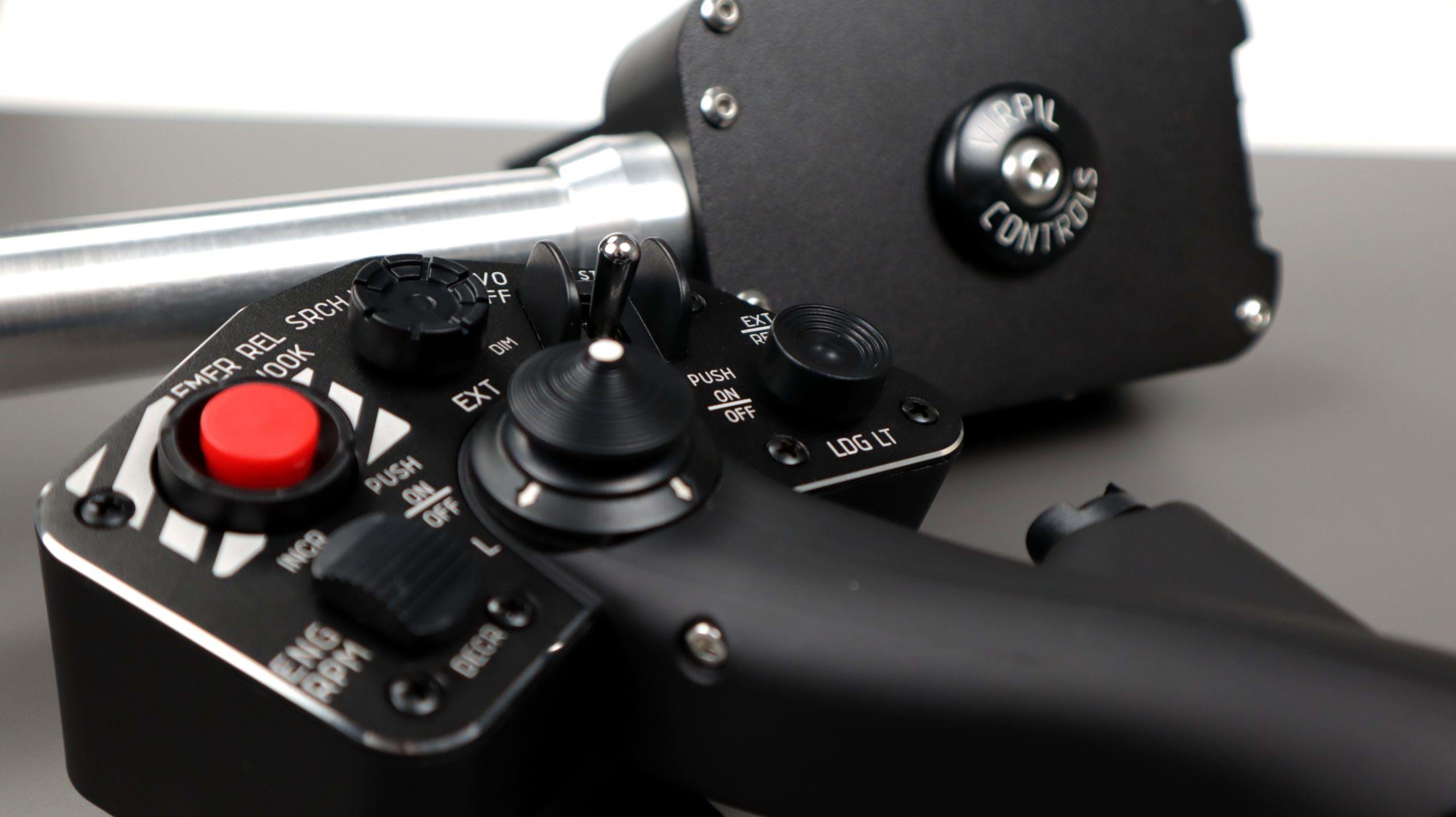 As I said above, a grip is not a terribly complex piece of hardware. Not to say this is a simple unit. It’s not. It has a lot of electronics inside (including an RGB light, which is a nice touch if you find it handy) and it plays well with both bases. I did try it with the VPC Rotor TCS Plus Base just for the sake of it.

The VPC Hawk-60 Collective Grip is a very nice, very sturdy unit. It performs flawlessly. It’s a beautiful piece of hardware that does its job properly.

I love how it looks – I have to admit I am a Blackhawk fan – and I had a great time flying around with it. The controls are more than enough for most helicopters, especially if you combine them with a good joystick/cyclic grip. If you need more controls, you can always get a VIRPIL panel too. Of course, not everyone will want to spend that extra amount, but it’s always an option in case you want to get a copy of a real-world collective head.

I love this grip and I’m sure you will too if you are a Blackhawk fan or simply if you are on the market looking for a collective.

Installation 10
Ease of use 10
Performance 10
Build quality 10
Design 10
Total score
10
* The above final rating is calculated from a weighted average and not the direct arithmetic average. This means that some elements of the review will have a higher influence in the final score than others.
Click here to purchase/download or more information