Nearly a year after the initial release, Nick Bates went back and has gone through the model. And boy... What a difference the updates have made.

After writing the review of the initial release of the Cowansim 500, I was a little deflated.

Being intimately familiar with a particular type of aircraft sometimes means that you’re not able to enjoy a particular addon in a simulator because you see EVERYTHING that the developer hasn’t quite got right.

This was certainly the case with this particular E model. As I pointed out in the original review, I knew that this wasn’t going to be an ‘abandonware’ release, and only a few weeks after the review, Cowansim released the first update that made the aircraft significantly better.

We’re now at version 1.2 and I was pretty blown away by the improvement in almost all aspects.

My comments about the inaccuracies in the model have been addressed and then some. The landing gear geometry is now more or less perfect although, it is possibly still a bit ‘upright’ but the machine could have very new landing gear dampers. 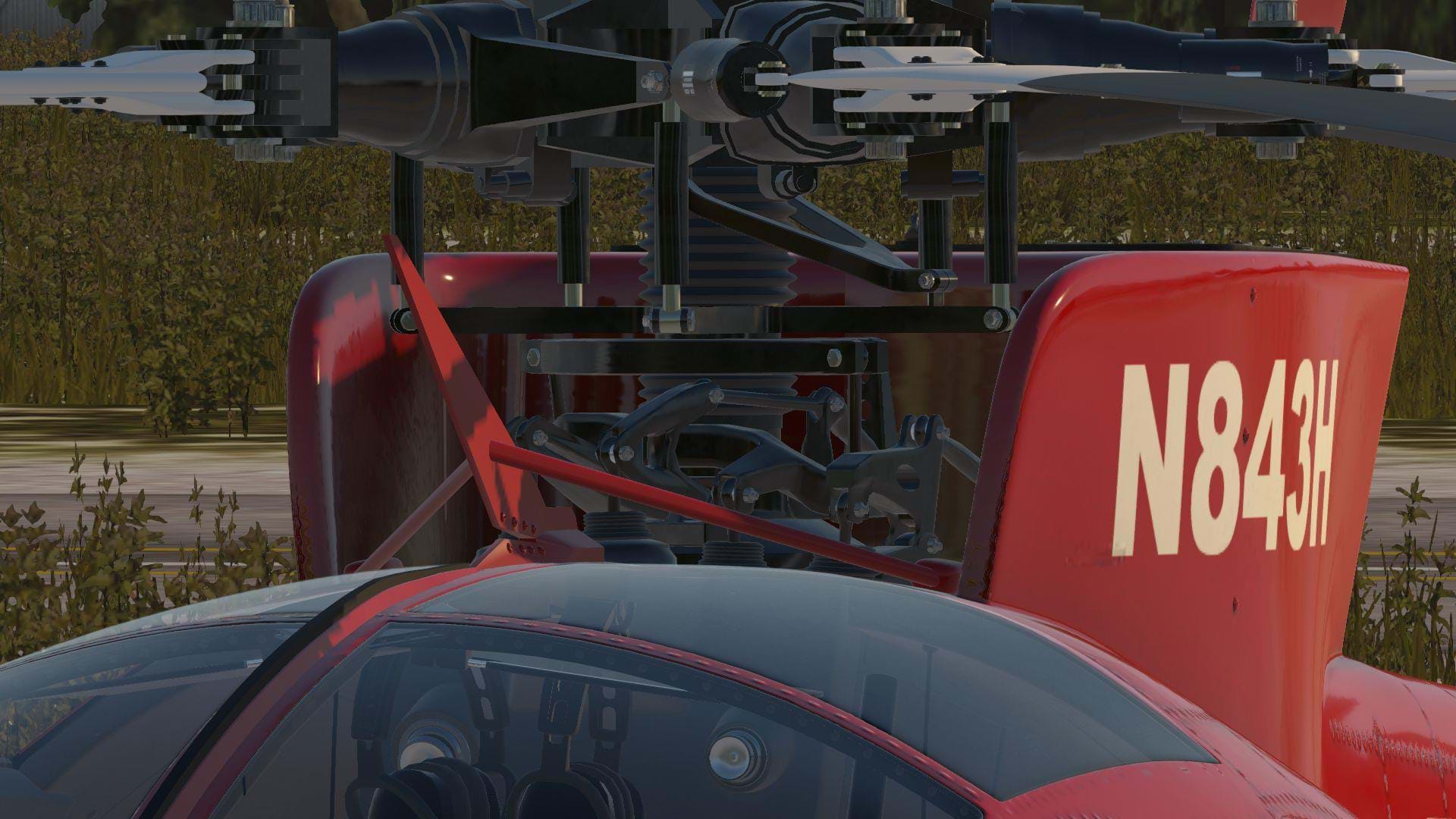 I noted before that the blades cone up in an excessive fashion particularly at idle on the ground. Due to the dark magic of the 3D modeling, this has not been corrected.

There are a few other things that could be tweaked, the fuel and oil caps on the side are still a bit wrong and the tail rotor diameter is still, to my eyes anyway, a bit big but the two main things that stood out to me initially have been corrected and corrected well.

The systems are one of the things that have had the most improvement. Almost everything now works as it should or at least in the realms of how it can work in X-Plane.

The bleed air devices are still missing, the avionics master is broken, and you can start the aircraft with the key in the off position but in terms of the way the gauges behave and the readings that you get, it’s a huge improvement on the initial release.

A note here to any real-world pilots, you will note that the engine acceleration and deceleration is too rapid. This was discussed during the development of the Cowansim Bell 206 and the current settings give the best balance in terms of inertia of the rotor system.

This was one of the biggest issues with the initial release in that it just didn’t sound like a 500. Well… it sure does now.

The only thing that I think could be improved is that the ‘groan’ that you get when you light off the turbine goes away quickly when in reality, it should be there until the turbine stops accelerating.

In addition, a hot metal ‘tinking’ sound has been added for after the shutdown. In my opinion, this is far too loud but it’s great to see it included. The only other thing that I have managed to find in the sounds is that the manual fuel valve has an electric noise associated with it.

This is an error due to some code ported over from the 206 so you can expect this to be corrected. On a personal level, the 500 is LOUD even with the doors on, so much so that the virtual headsets included do about as much good as real Bose ANR headsets do in the real thing. It would be good for sound and for those of us utility inclined folk to have a helmeted pilot option but maybe that’s personal preference.

The flight dynamics on the original release were pretty ‘ho hum’ but the improvement on V1.1 was marked. The aircraft flies a lot more like the real thing now, again, within the bounds of the core sim.

The floating that was present on the original release has been fixed and the performance is a lot more plausible now. X-Plane’s flight model is really shown off in some aspects of the models' performance particularly close to the ground in the hover and I was rather impressed with the improvements.

Joshua Cowan loves giving us stuff to play with and the 500, being a bit of a truck anyway, is a good aircraft to have lots of options on.

Present now is one of the many fiberglass belly pods available for the 500, spray kit, a hook kit, skid-mounted mirror, utility floats, Cineflex camera, and the fit-out for powerline work. There is a GPU that appears when the three-position battery switch is moved to the external power position although I would’ve preferred a battery cart as opposed to a whopping diesel generator!

We also have the ability now to remove the dual controls and replace the big center console with the more typical panel allowing the middle seat to be used. There are pilot and passenger models now also.

One of the best options that we now have here is the ability to remove and replace any combination of doors we choose. I really wish that this was on more helicopter addons. 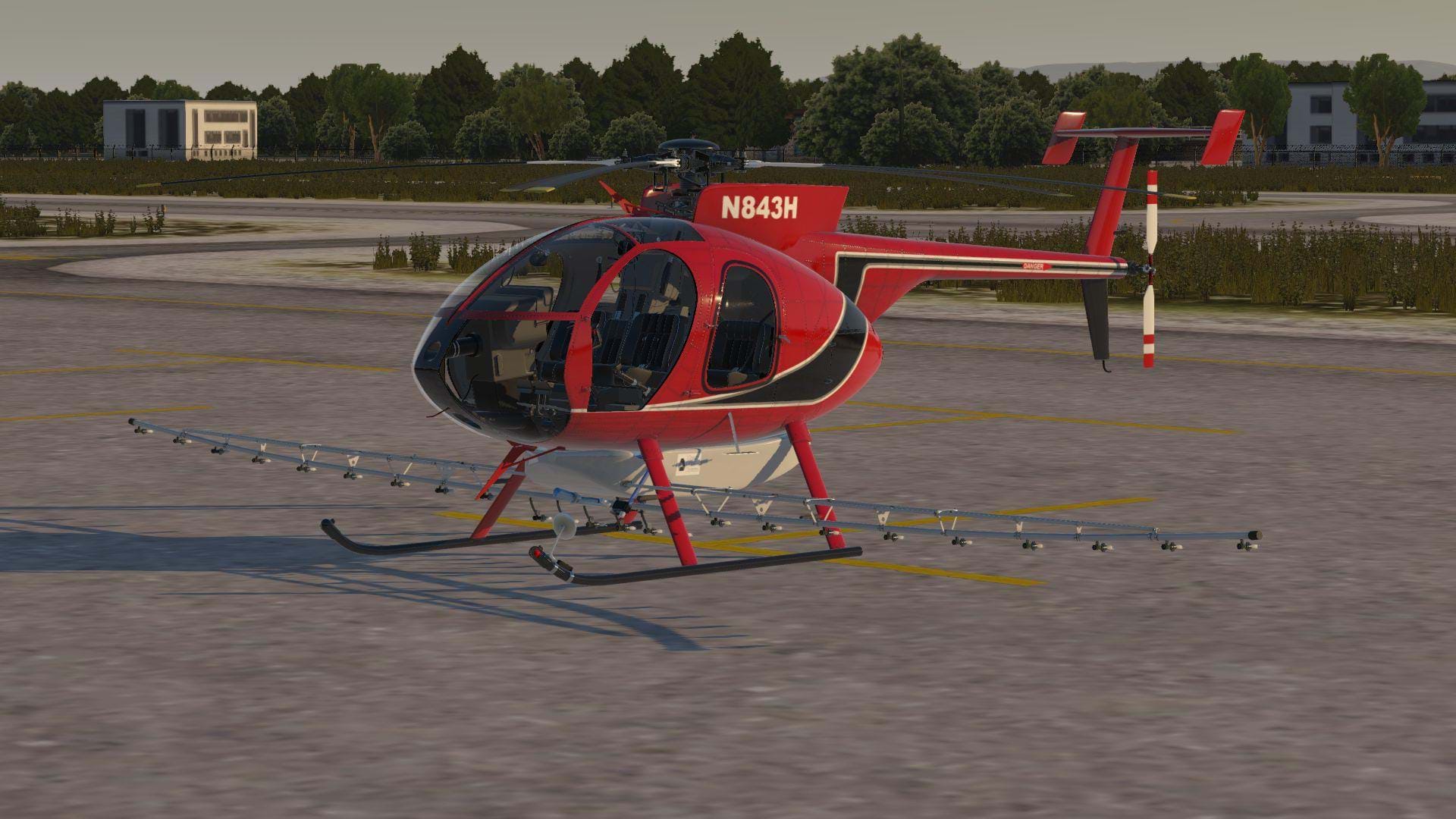 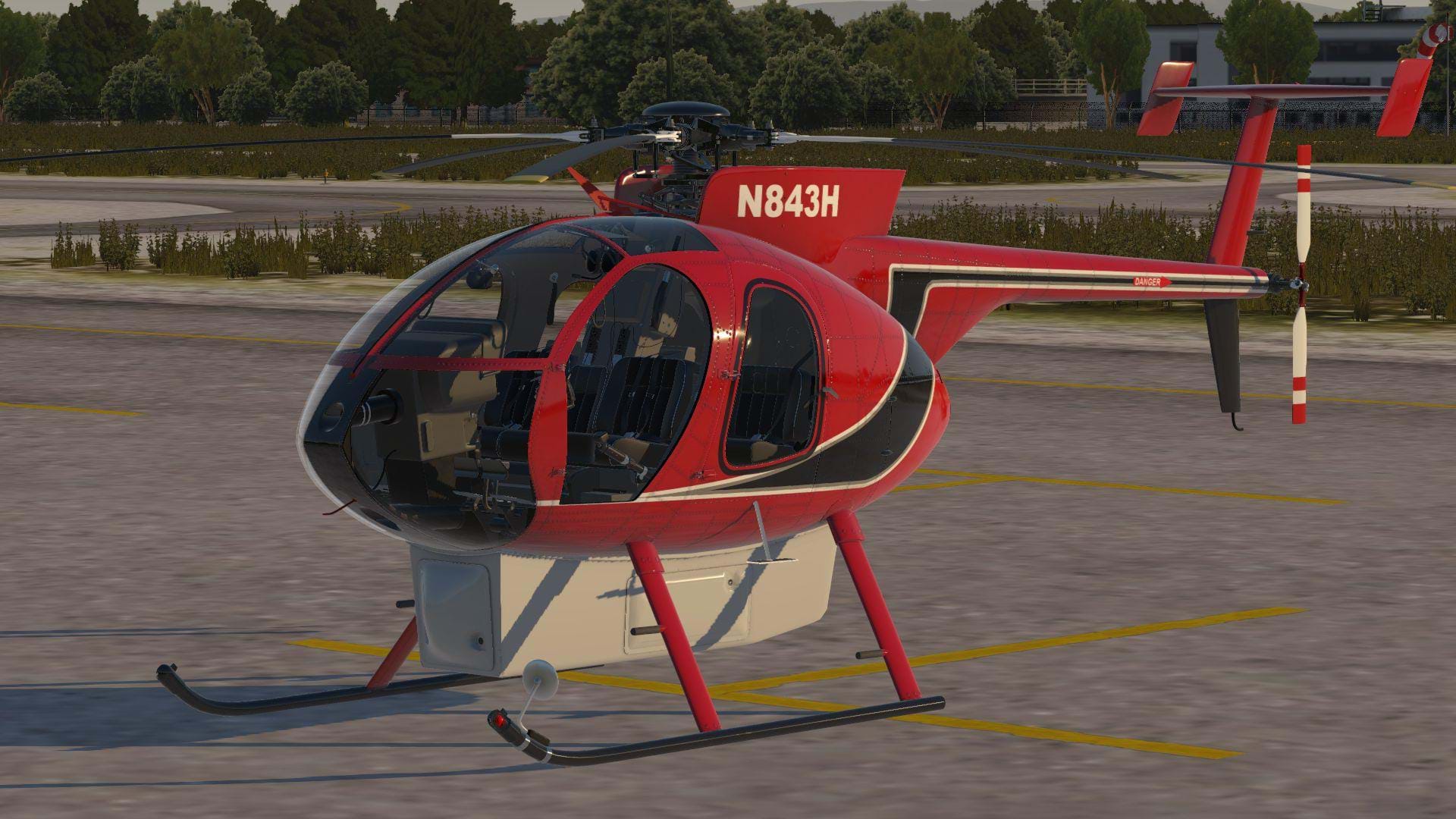 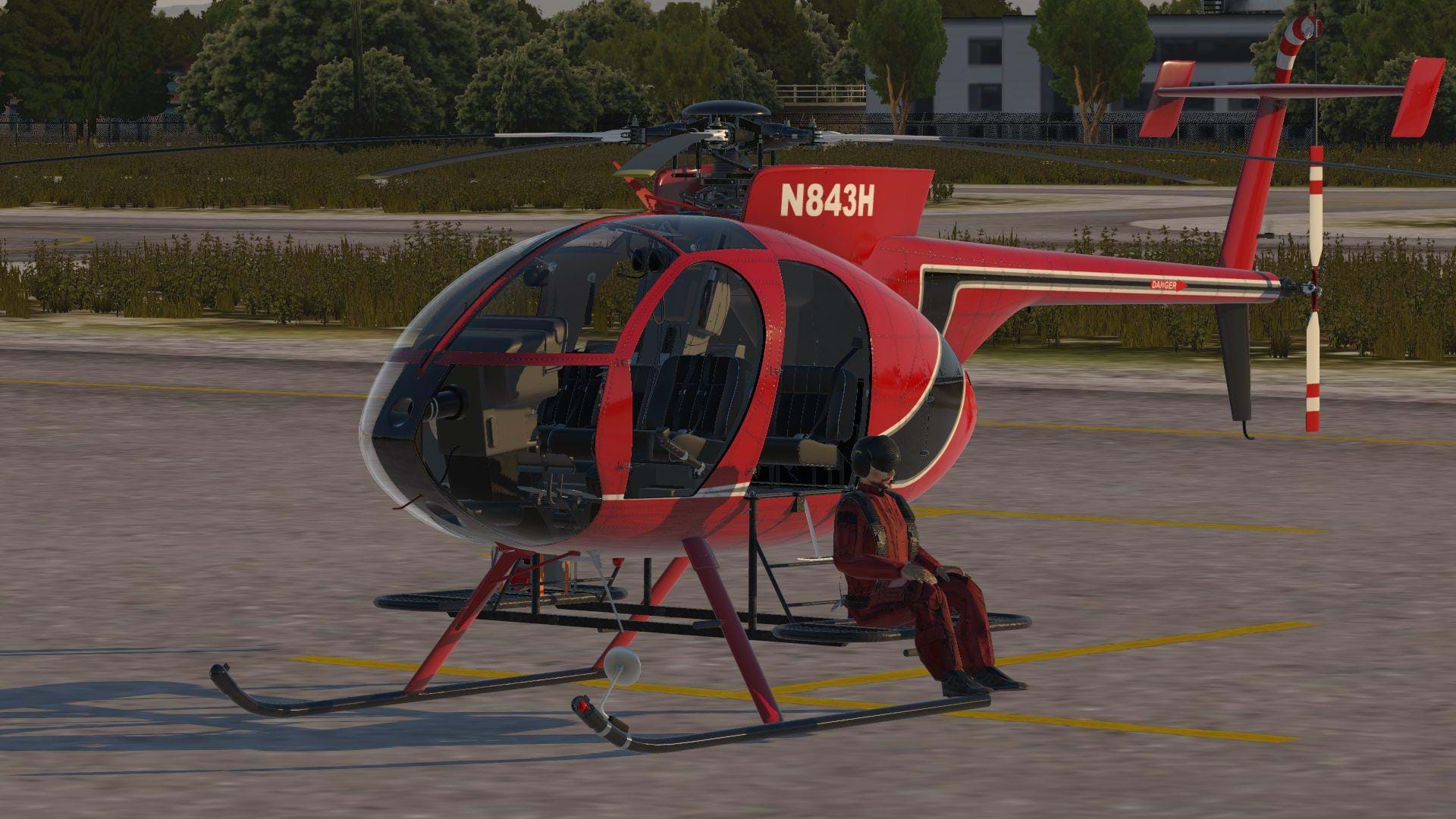 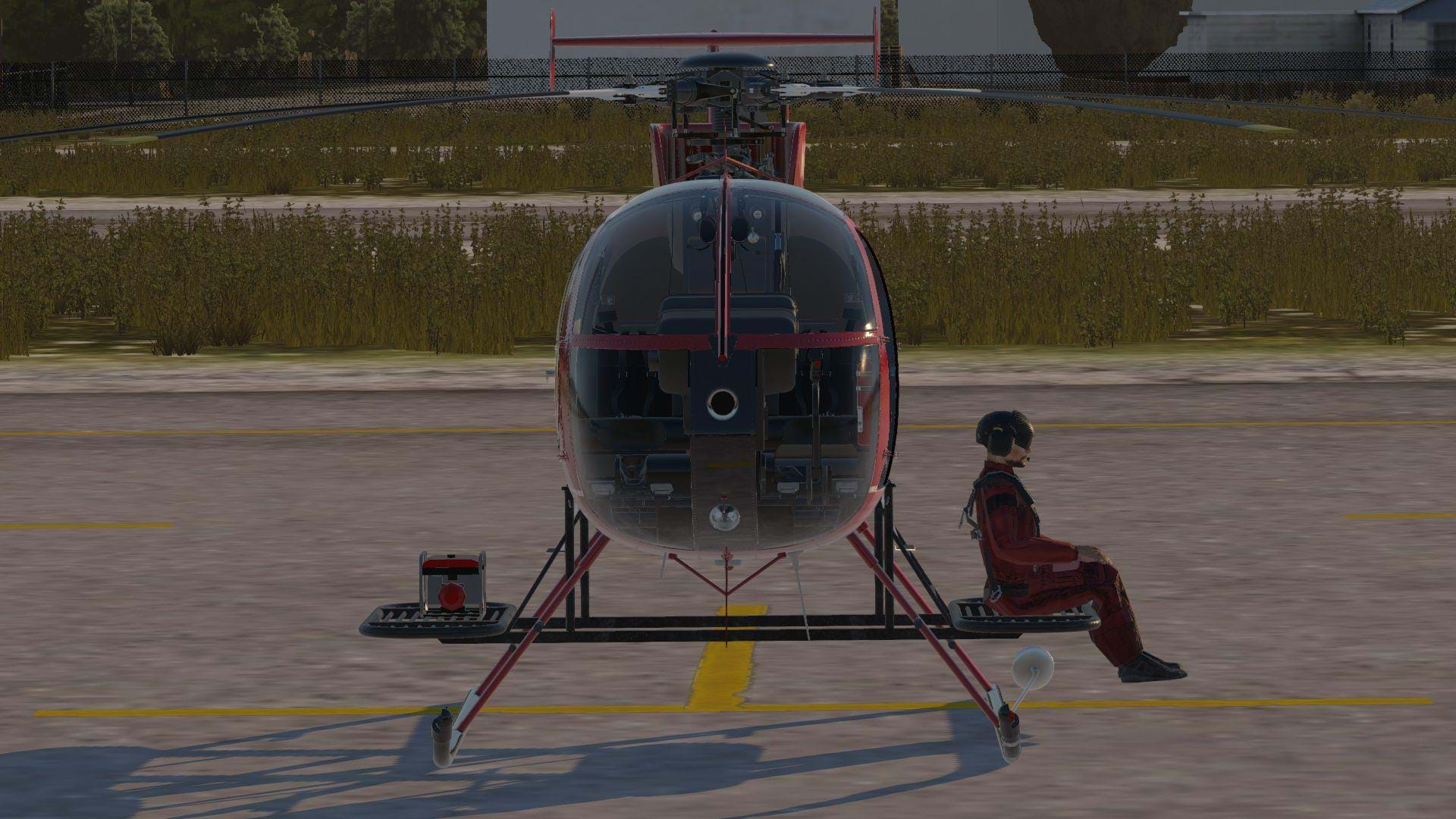 In addition, Cowansim has made the lives of the helicopter-specific hardware crowd easier by being able to tweak the idle stop position to match their own hardware.

There is also a HUGE number of color schemes to choose from now. All are high quality and really look the part.

In short, Cowansim has given us a huge number of features and customization for the 500, more so than a lot of other developers. It’s great to see.

I knew from my own dealings with Cowansim that the 500 was going to get some love but it’s been really nice to see the level of detail and sophistication that has gone into these updates. It’s also great to see how Cowansim engages with the community and with RW pilots to make these products as good as they can be.

Installation 10
Model 9
Textures 9
Systems 9
Sound 10
Flight dynamics 9
Total score
9.1
* The above final rating is calculated from a weighted average and not the direct arithmetic average. This means that some elements of the review will have a higher influence in the final score than others.
Click here to purchase/download or more information 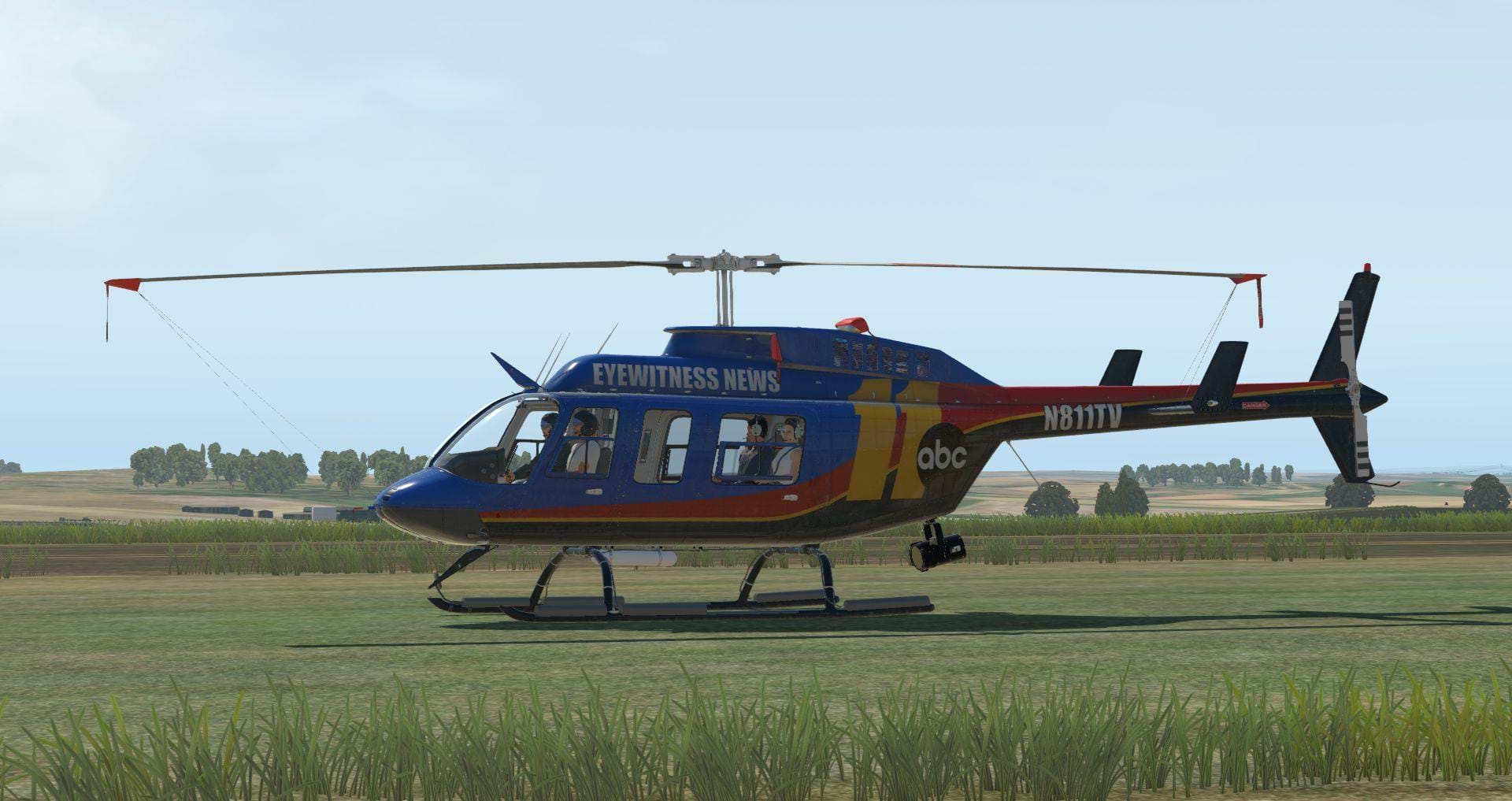 Cowan Simulation 206L3 LongRanger for X-Plane is out!
Read next

My flight sim experience started in FS4 and when FS98 introduced helicopters, I gravitated towards them as I have been flying in them all my life. I enjoy using FS helicopters in the utility role, flying around the back blocks of my native New Zealand. I started my real world flying career back in 2003, first flying fixed wing and switching to rotary in 2008. Flying has taken me to some really weird and wonderful places and I enjoy the adventure and the camaraderie of flying helicopters.
More articles by Nick Bates