Looking for some amazing trees for your FSX and P3D? Bel Geode talks about the latest release from Turbulent Designs: TerraFlora. 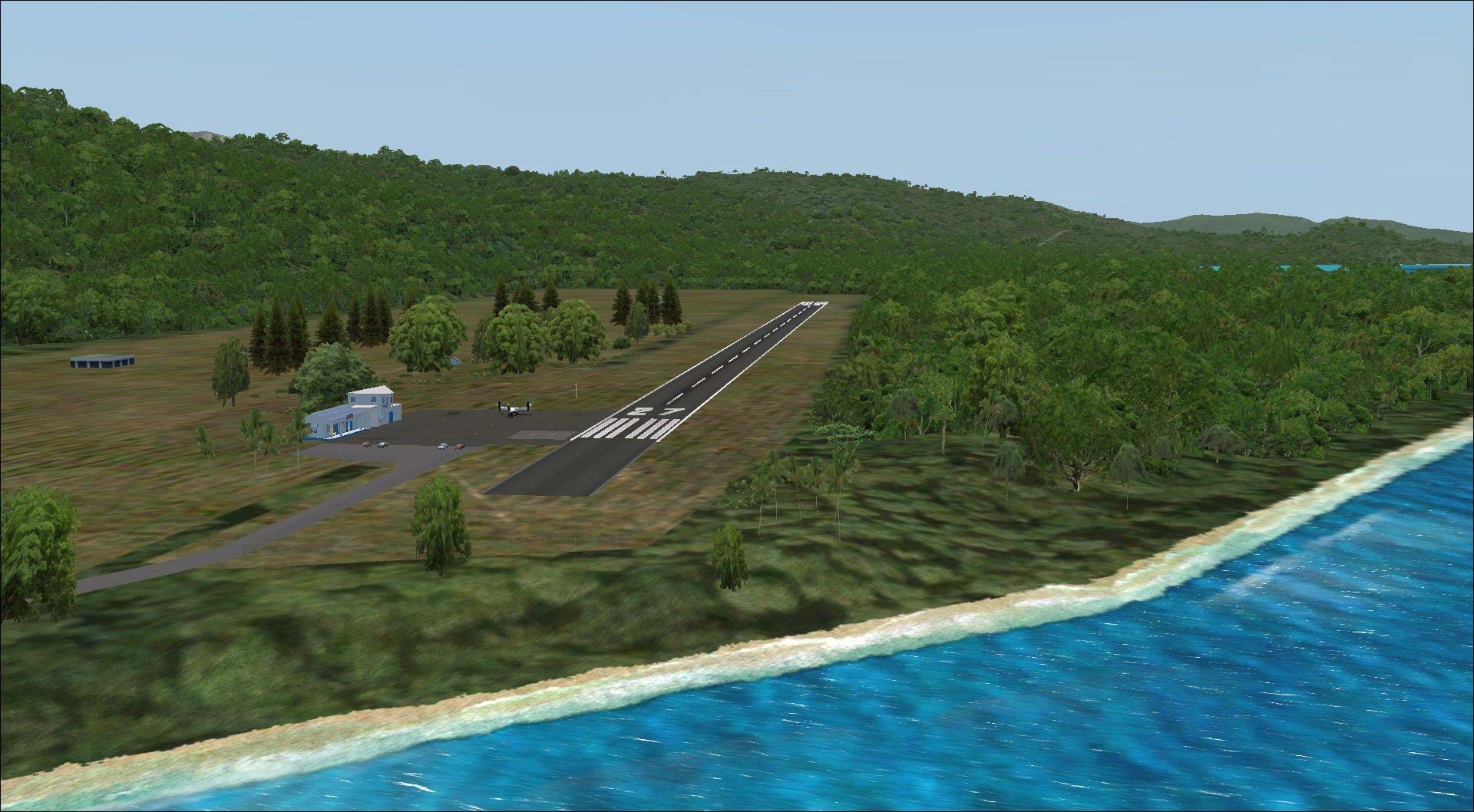 Like just about all of us helicopter and GA virtual pilots, I spend a great deal of time “down in the weeds, with my hair on fire”, as the saying goes. Unlike our brethren in the airliners, who usually see terra firma from 35,000+ feet, we have a more intimate connection with Mother Earth. Whether this involves taking in the sights on a lengthy tour, or simply trying to avoid hitting the foliage, we appreciate it when the world around us is presentable.

There have been in the history of flight simming, many creators who have sought to outdo what the ACES developers originally created. While ACES DID provide the basics, to get the point across, they definitely could have shown the flora a little more love. Thankfully, our community of third party developers came to the rescue... The latest addition to which being Turbulent Designs. Skip past the break to hear more about these newcomers on the block.

Born to be tree huggers 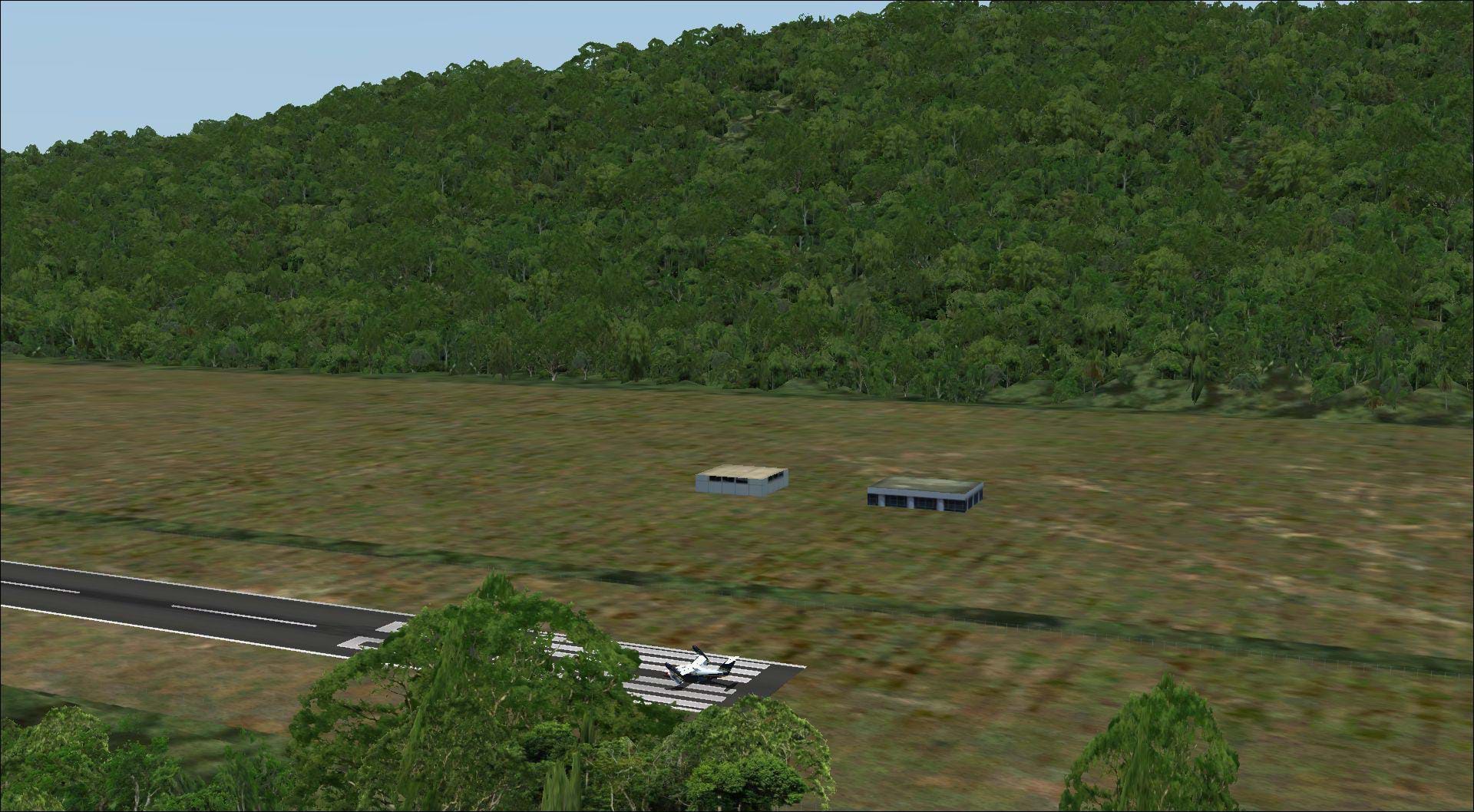 Turbulent Designs has been around since 2015, as a developer of small, yet highly detailed environments for the ESP platforms (FSX/P3D). Having decided early that their motto would be “Pride in Realism”, they set themselves on the task of creating the most realistic, high definition vegetation replacement package for the above platforms. The recipients of many awards, including a business excellence award, the small UK based team may have well achieved just that, with the release of their complete tree replacement add-on, TerraFlora, also compatible with the Real Flora included in their airport sceneries.

So fresh you can smell the pines 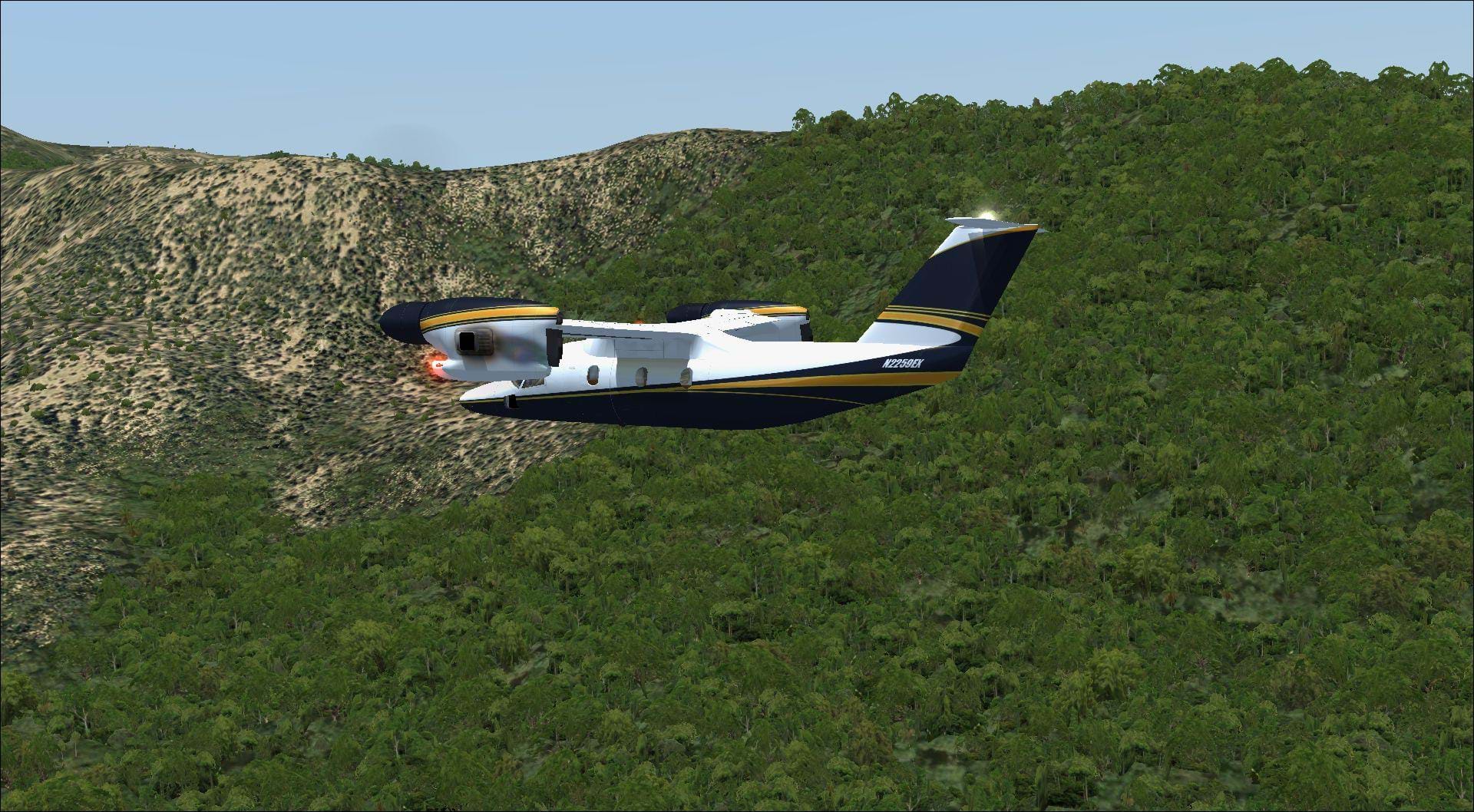 Prior to purchasing TerraFlora (and yes, I DID purchase as opposed to receiving a free review copy), I had been using a variety of tree packages, including Orbx FTX Trees HD, and even Aime Leclercq's Terra Emergence Project (which is freeware). While I had no issues with any of the previous products, something about this new package struck a chord with me, so I had to check it out.

Installing was a breeze, since similar to other developers, Turbulent Designs uses a unified “Turbulent Terminal” to organize your purchases. The app will install them to any or all of the platforms supported. In the case of TerraFlora, this is FSX, FSX Steam Edition, and Prepar3d versions 3 and 4. I should add that the one purchase WILL allow you to install on all of them. There is no need to get an “FSX version” or a P3D” version. Handy, huh?

But can you hug them? 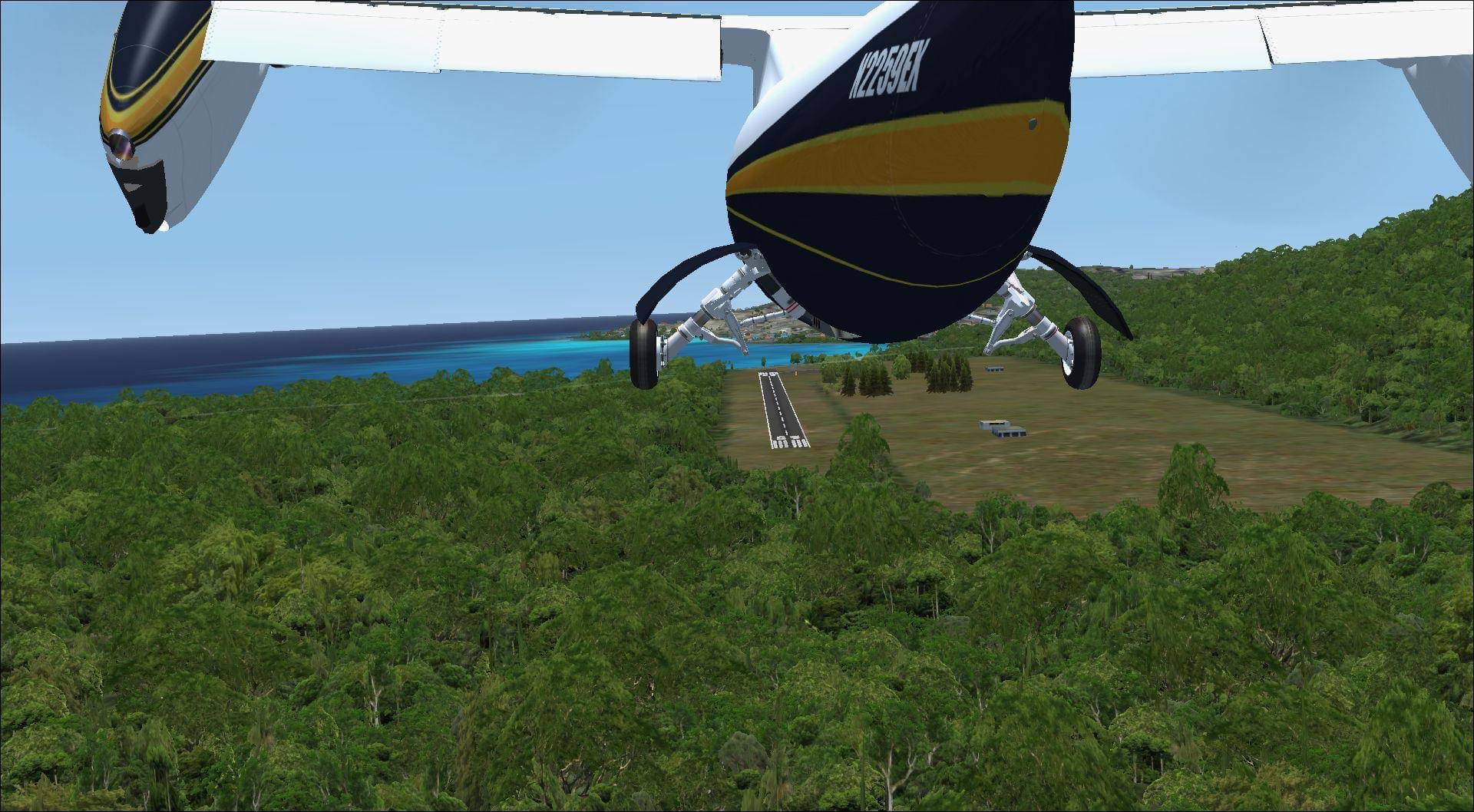 The first thing I noticed, after sorting out the one bug I had, where the trees did not appear at all (an easy fix that should very well be patched in an update, by the time this review goes live), was that these trees took way less resources than I expected. To my pleasant surprise, I was actually able to maintain a solid 60 FPS (capped) in the notoriously overgrown area of Port Antonio, Jamaica.

More impressive than the stable frame rates (which according to a recent test are between 2-5 FPS higher than the closest competitor), was just how much flora was actually packed in a given autogen grid. The default trees generally seem more spread apart, and indeed most replacement textures do as well. With this particular package however, there are so many trees in a given forest area, that you might ponder if anyone can hear if one falls in the wood, when no one is around. Part of the reason for this is the fact that Turbulent Designs has succeeded in modeling these trees at realistic heights and widths.

Have you ever been on final approach to an airport surrounded by thick woods, trying to nail that glideslope, and being unable till you did the rollercoaster short final over the trees, down to the deck?

The reason why that is happening is because default trees were actually modeled to be taller than their real-life counterparts, while the programmed PAPI/VASI lights are exactly where they should be. With TerraFlora, this worry is a thing of the past. You will not be “trimming the hedges” as you come in on short final. The trees are the proper height for your skids or gear to make clearance... Provided you are on glideslope, that is. So no more buzzing trees, though I leave the option to hug them up to you.

Can I get some pumpkin spice with that? 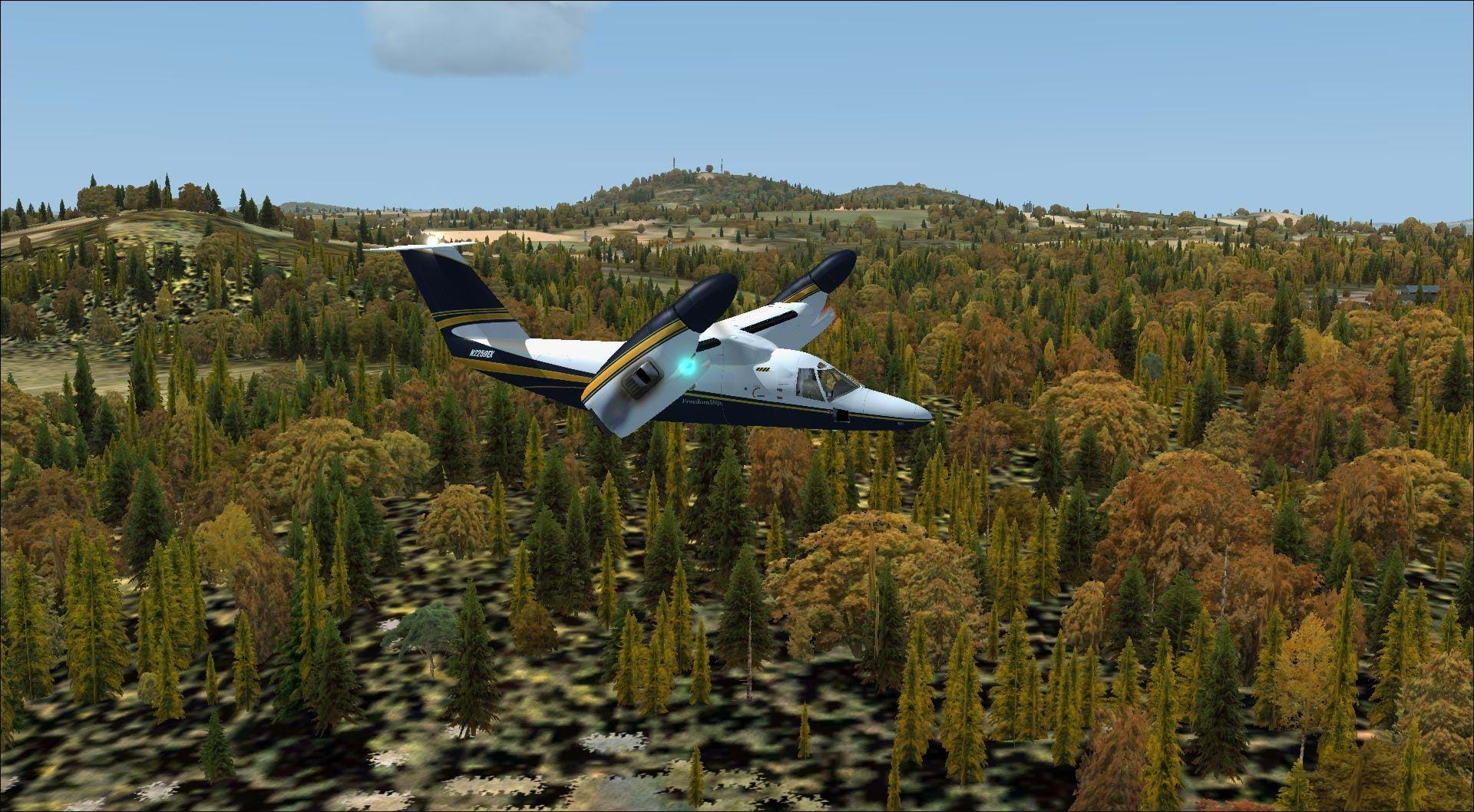 For my second and third outings, I decided to head to Norway in the dead of winter, then New England in the autumn. Norway, was as one would expect... pure white, highly detailed conifers. Again, the magnitude of autogen generated in a given spot was impressive, and I did notice that the trees took on the hue of the midday sun... Which of course in Norway is near the horizon.

In New England, I was in for a treat. Autumn being my favorite season, I generally tend to judge tree textures by how well they depict this season. I was not disappointed. If there was only one negative I could say, it was that I noticed a distinct lack of red (usually from red maples). This is something that the developers are working on editing as I type, and should be available soon as an update. I mistakenly in my first look video, assumed the golden pine trees were out of place, but they were in fact Larch trees, something not as common in my area of the real-life world. So once again, Turbulent Designs was on pine needled point.

There’s always one tree, though… 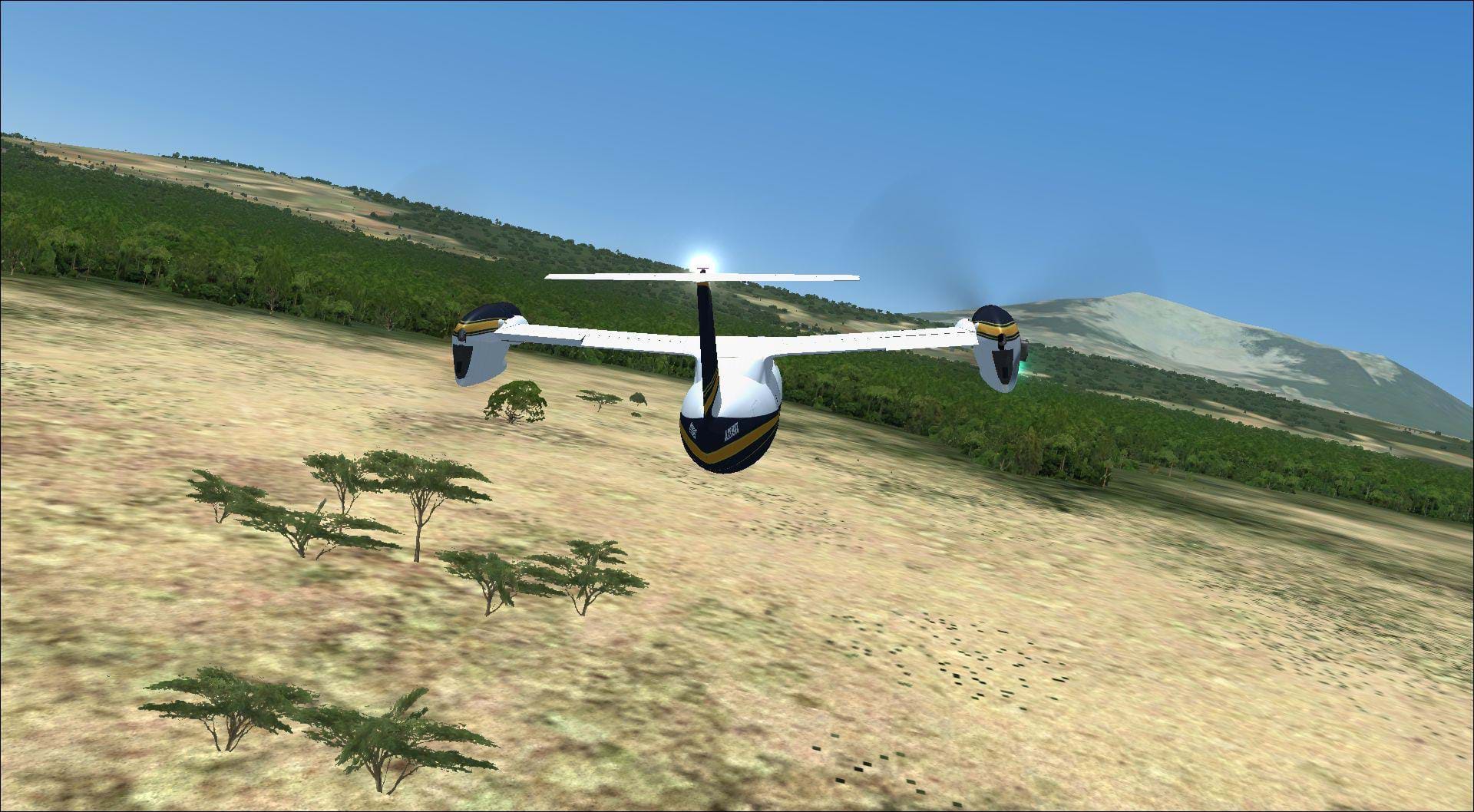 It has been hard to locate any negatives with such a complete package. For my last outing, I decided to go to Africa, Kilimanjaro to be precise. There I made certain to check an oft overlooked tree- the Acacia.

Quite prevalent in much of the savannahs of Africa, the Acacia is a unique tree that is often found alone or in light groupings, and well known for its broad, flat canopy. In this regard, TerraFlora did fall slightly short. While the height and breadth was accurately represented, upon overflying the acacias I found, I wasn't left feeling the “spread” of this tree, due to a lack of a horizontal texture. The default trees do have that, if I remember. (It's been a while since my FSX Steam Edition has been anything close to default). Not to be deterred, Turbulent Designs has assured this reviewer that the stately acacia will be getting some love soon, and again should be available in a near future update. I fully believe they will do right by this tree, and Mother Nature ought to smile... Well... Virtually speaking.

Ok, so how do I get to this Garden of Eden 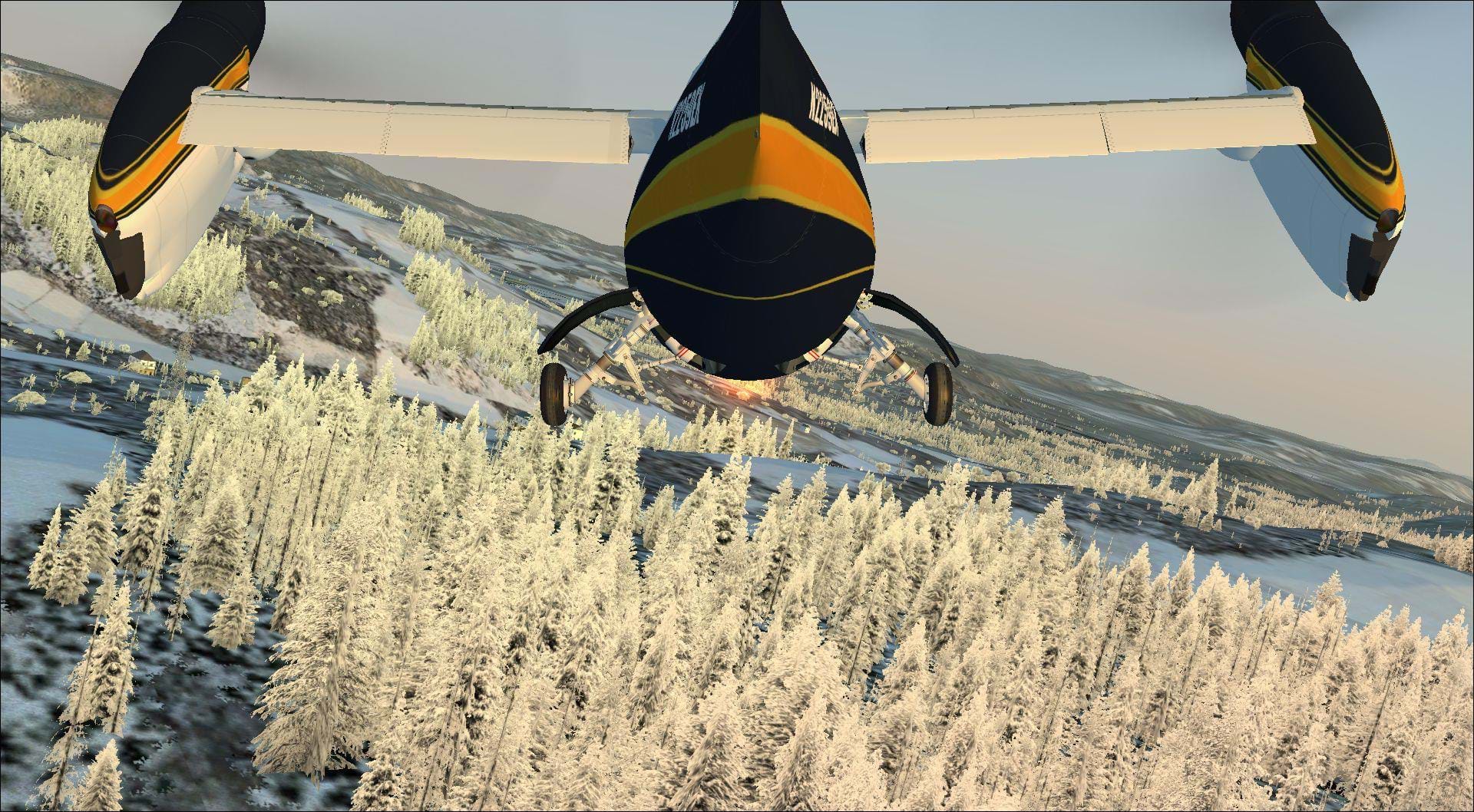 In the final analysis, I have to say that out of all the tree replacement products, free or payware, Turbulent Designs have knocked it out of the park with TerraFlora. For a low and slow flyer as I am oft to be, I need to see the beautiful virtual world unfold before me. Quickly loading trees, highly detailed, and in great enough numbers, help to bring me to that point of immersion. Whether in the Oculus Rift, or on a 2D monitor, I stand in awe at the groves I fly over.

The best part about it was I paid a little over $20.00 for it (Actual price is £19.99, or $26.07 USD). As I stated earlier, I was offered a free review copy. I declined it because, I recall last year when we did our charity livestream for Flight Angels- benefitting the children's charities, that Turbulent Designs were one of the sponsors and donators, contributing all the proceeds of the sale of their first scenery to charity. It was my way of saying thank you for the help they gave, to become a happy customer.

Happy flying, and don't trim any trees on your way down!

Installation 9
Model 9.5
Textures 10
Visual impact and quality 9
Frame rate impact 10
Total score
9.5
* The above final rating is calculated from a weighted average and not the direct arithmetic average. This means that some elements of the review will have a higher influence in the final score than others.
Click here to purchase/download or more information 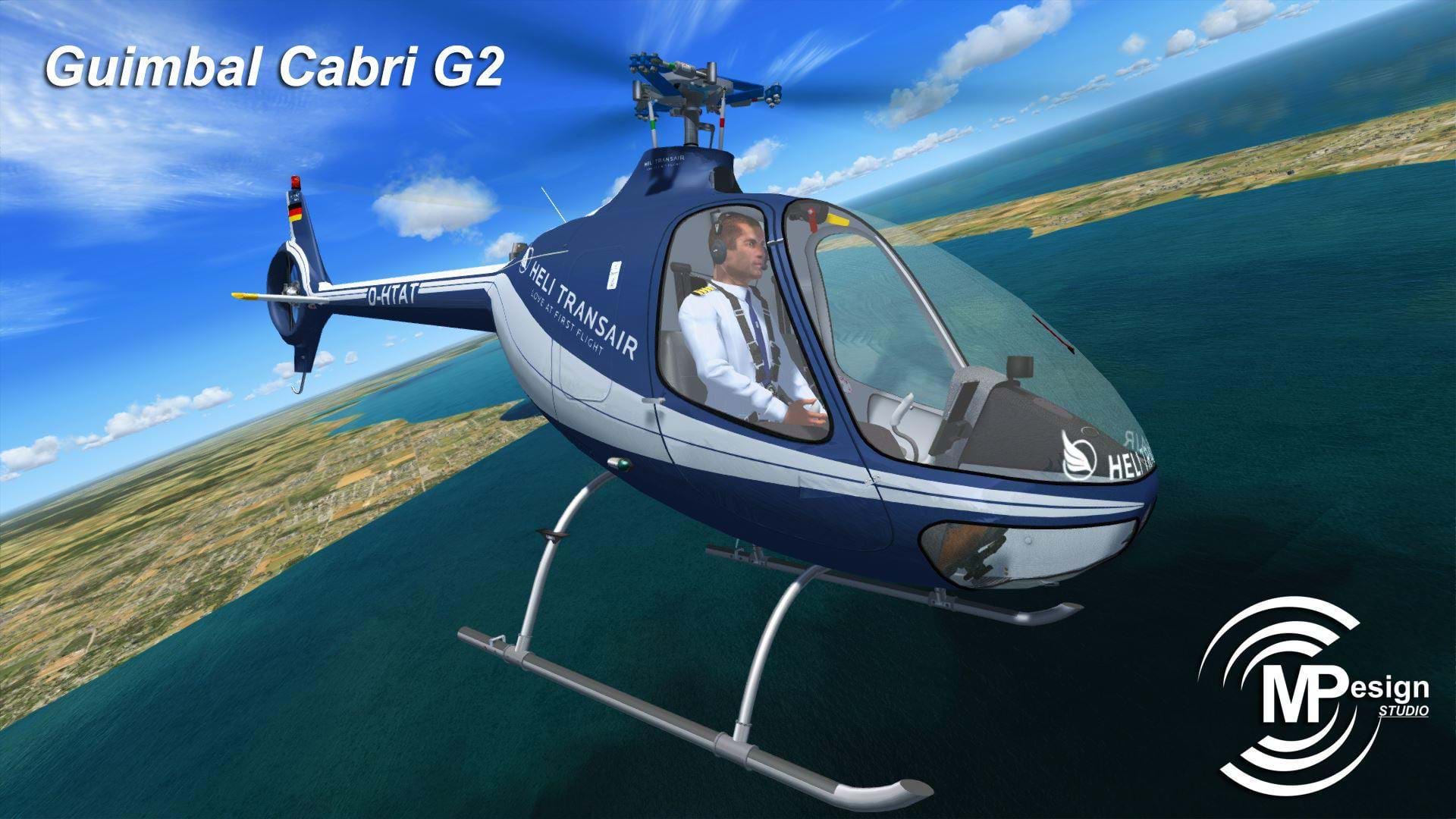