Reality check: if you are half-serious about flying helicopters in your favorite flight simulator, you will need a good set of rudder pedals. Yes, twist-grip joysticks do work but, eventually, your wrist will get tired of being in constant strain.

You see, helicopters are not stable platforms and, with the exception of some more developed models with stabilization systems, when the collective is all the way down or if you are flying a dual-rotor helicopters (such as a Chinook or a Ka-50 Black Shark), you will have to counter act the torque of the main rotor pretty much the whole time.

Not only this is tiresome, but you'll also hurt your flying. While you are twisting your wrist to control the yaw axis, you will certainly lose precision on the pitch and roll axis. This will both increase the pressure on your wrist and prevent you from managing to perform some of the micro-movements so needed to keep the helicopter under control.

So, again: if you're half-serious about flying helicopters, get some rudder pedals, such as the Thrustmaster TFRP.

Just like with the T.16000M FCS, the packaging is sturdy and simple. There are no CDs or DVDs (meaning you'll have to download the latest drivers from Thrustmaster (which I think it's a good thing).

The pedals come with a physical (paper) user's manual, an RC-12 adaptor and an hex key (more on this later). 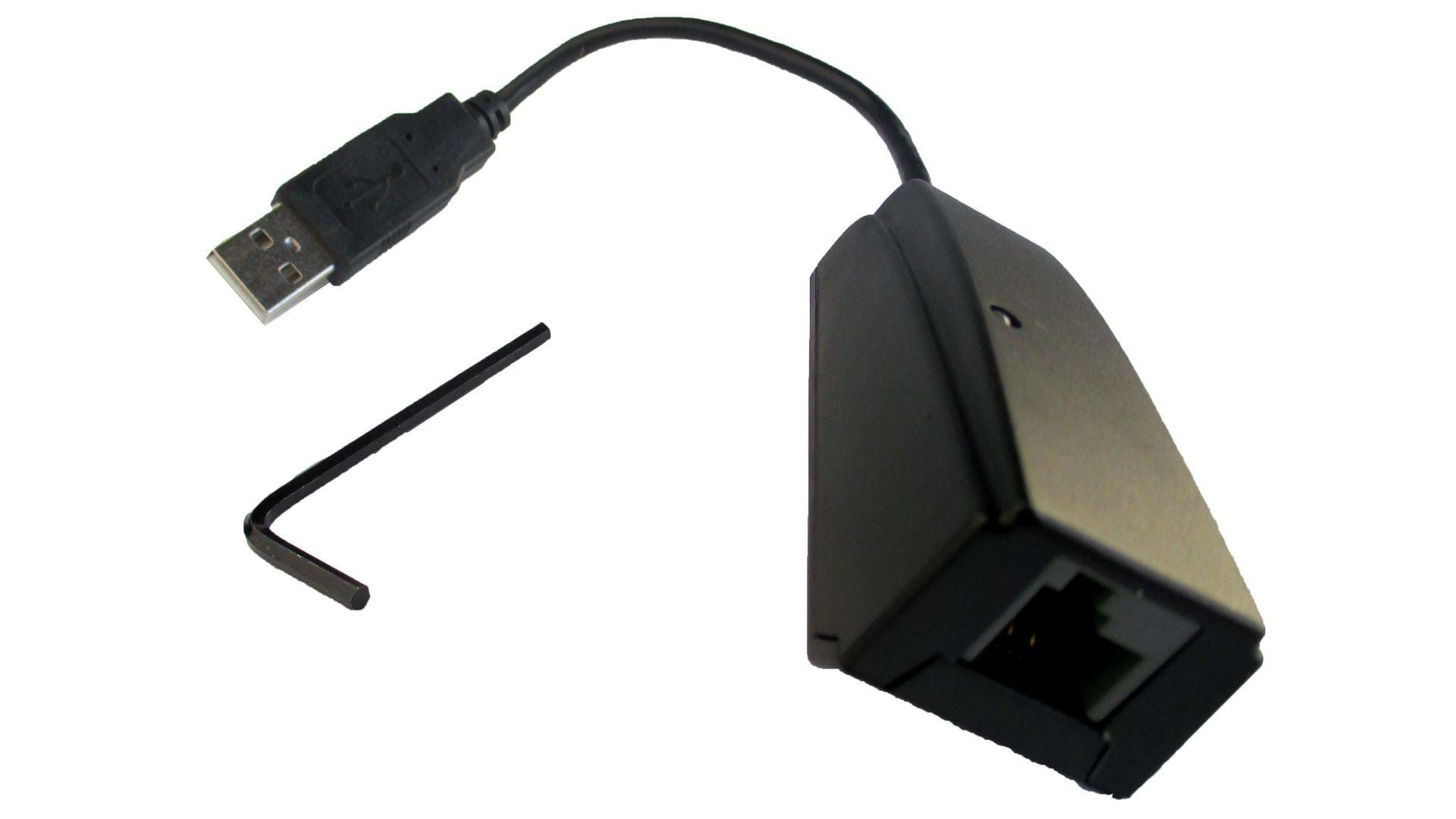 Let's get something straight right away: this is a plastic kit. You will not have the same metal, 200% solid feeling as you have with the Saitek Combat Rudder Pedals, which is the set I have been using for some years. But that doesn't say this is not a solid kit.

I am impressed with the quality of the plastics used. Bear in mind this is a less-than-US$100 set. And, for such an affordable price, the build quality is great indeed.

The pedals do have some metal parts. the rails where the pedal-rests are placed -- which allows the pedals to slide and you can see below -- are all metal and they are very solid. I think that, with good care, these pedals will give you a huge bang for the money and last for a long time. 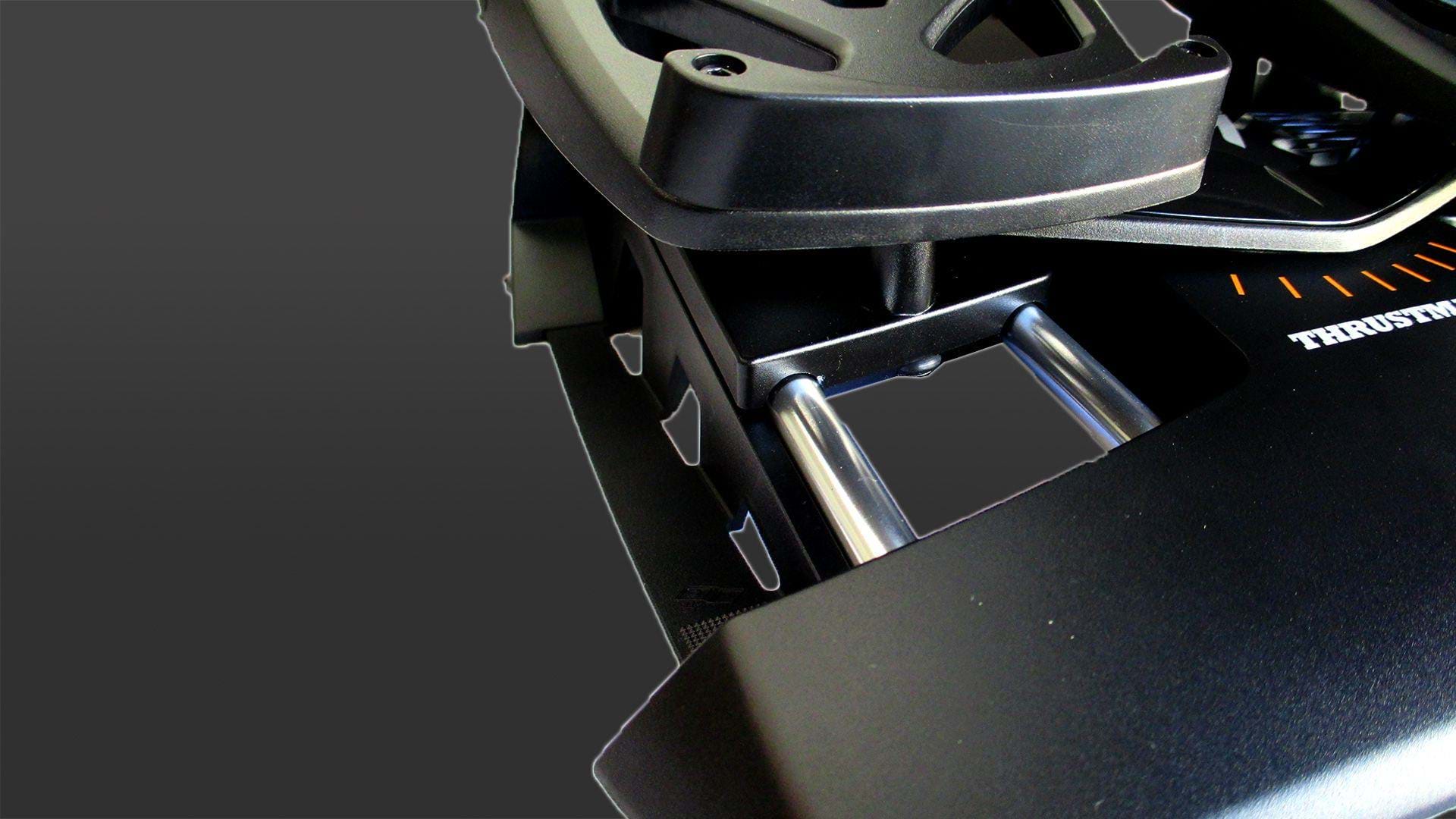 There's something else in the construction that can be both bad and good: if you flip the pedals upside-dosn, you'll have access to part of the electronics. Although this can be great for the occasional WD-40 spraying on the potmeters (which you can access very easily), I do worry that some dirt can get easily into it.

But, of course, if it can get in easily, it should also be easy to remove, so I'd say it's not a bad thing. In fact, it will allow you to service your pedals easier, helping you extend its life. 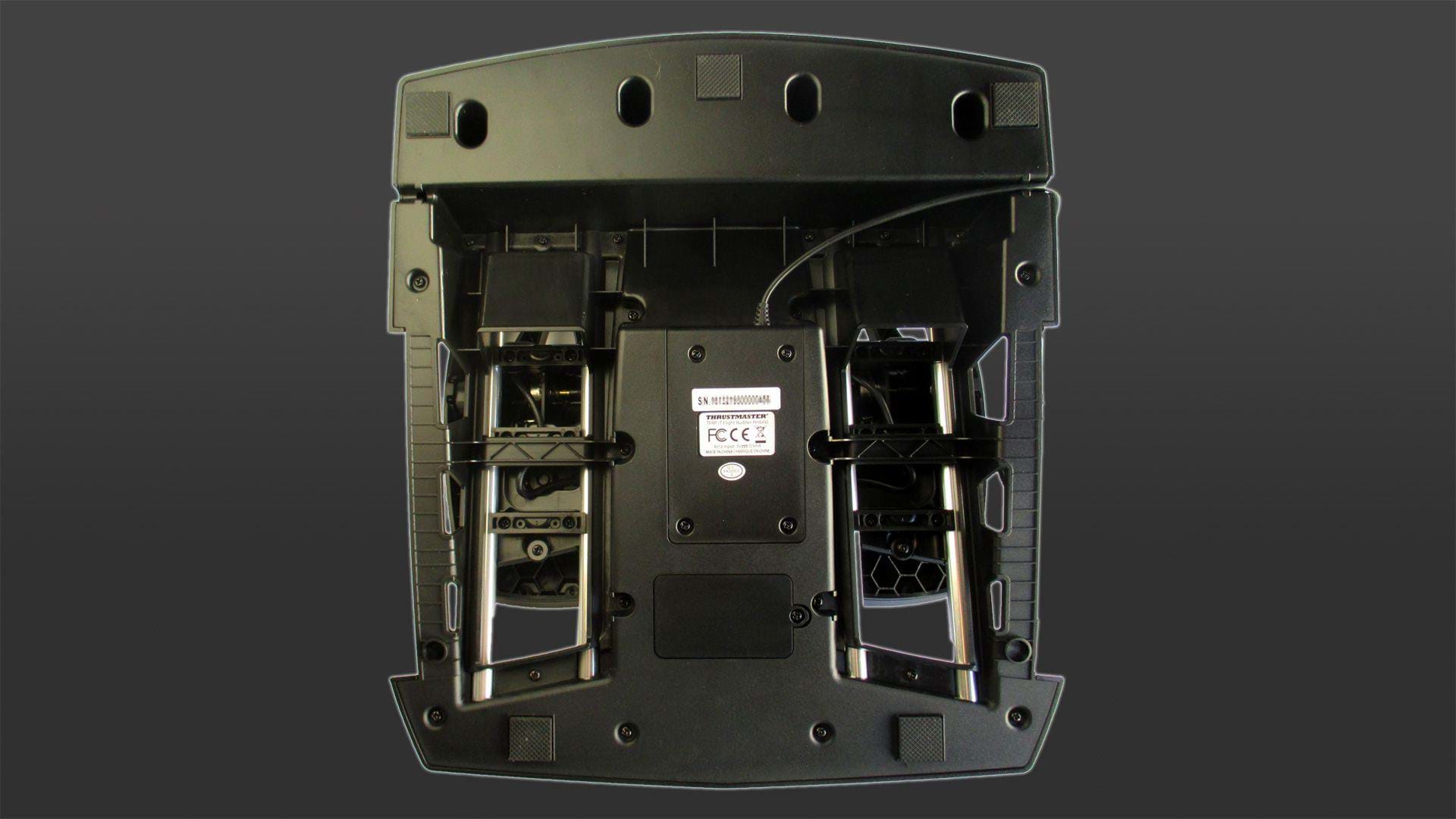 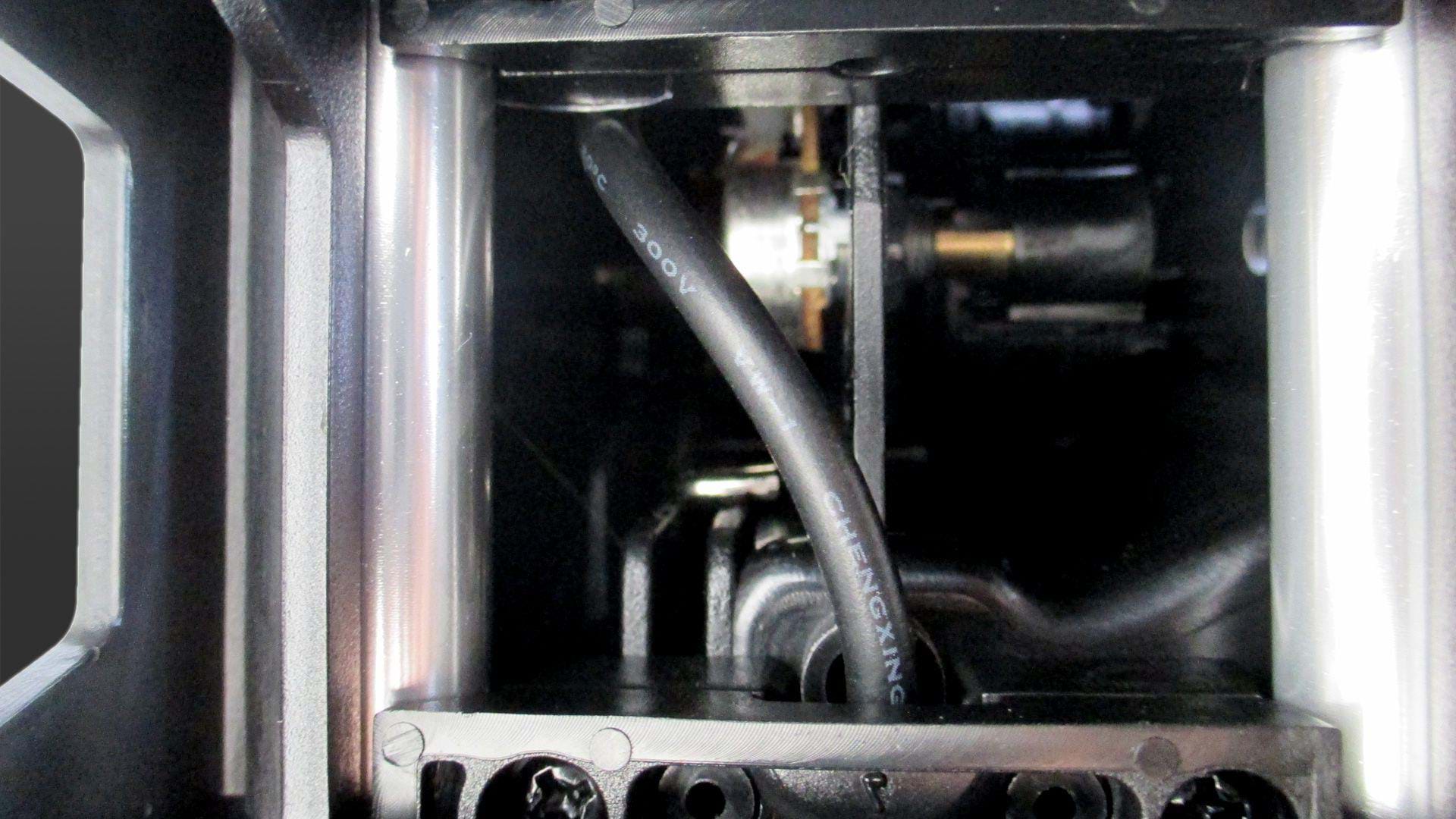 There's something that I feel must be said, though. This is something that immediately hit me when I saw the box: these are some small pedals. Not the foot rest by itself, but the width of the whole set. The feet will stay much closer together than the Combat Rudder Pedals, for example, and a bit more than some other rudder pedals that I have tried.

I thought I would not feel comfortable using them but I was wrong. I didn't have any issues with the distance. And it can be a bit more minimized by a cool feature that Thrustmaster decided to throw in.

Remember that hex key I mentioned earlier? Well, you can use it to remove the heel rest and, instead of placing the whole foot on top of the pedals, you can place just the ball of the feet.

I found out that, by using the pedals like that, I increased my control over them and could perform fine movements much more easily. Just like with any kind of controls on an helicopter, you'll want to be able to be in full, fine control of your pedals. It makes a huge difference. 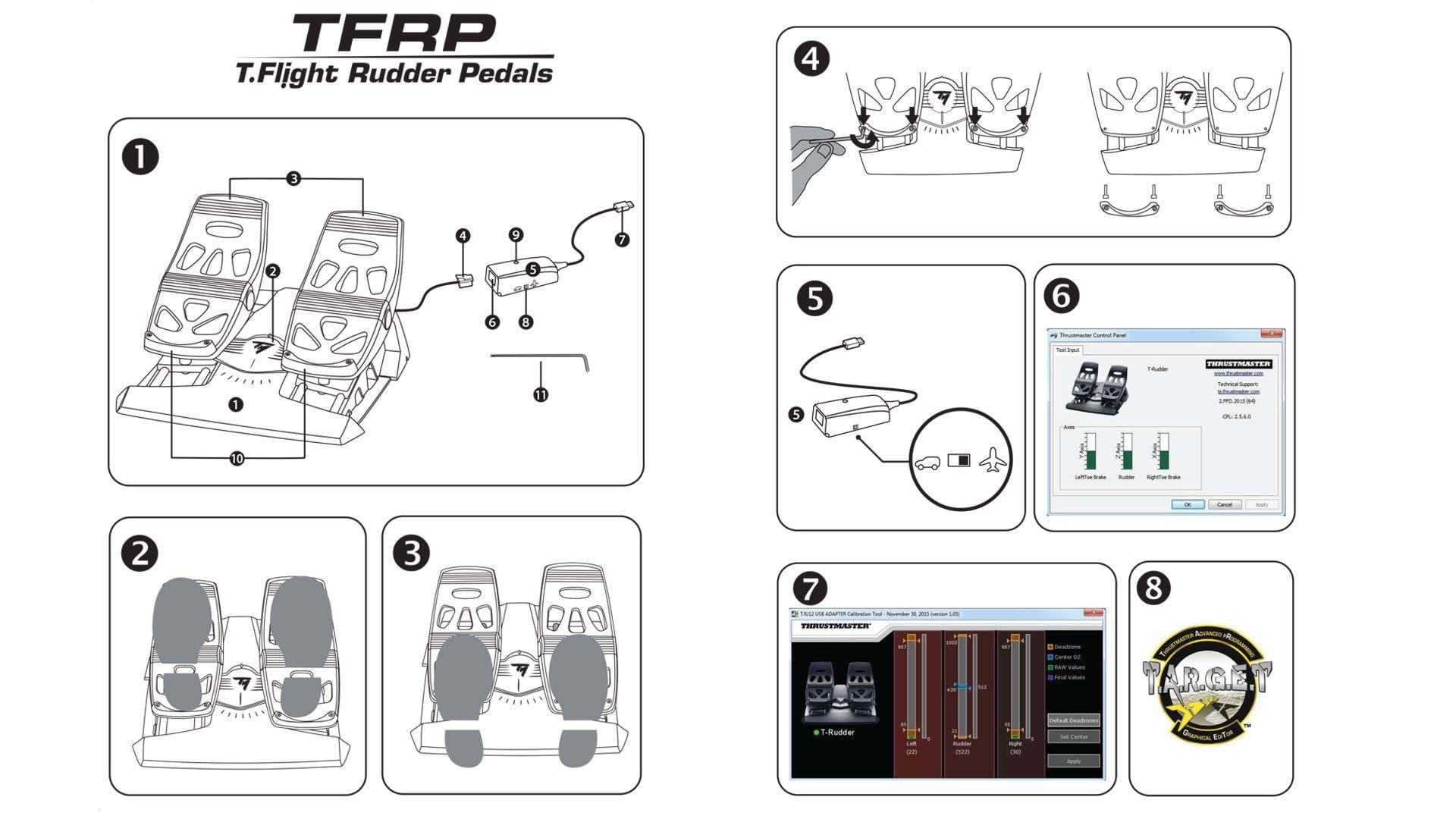 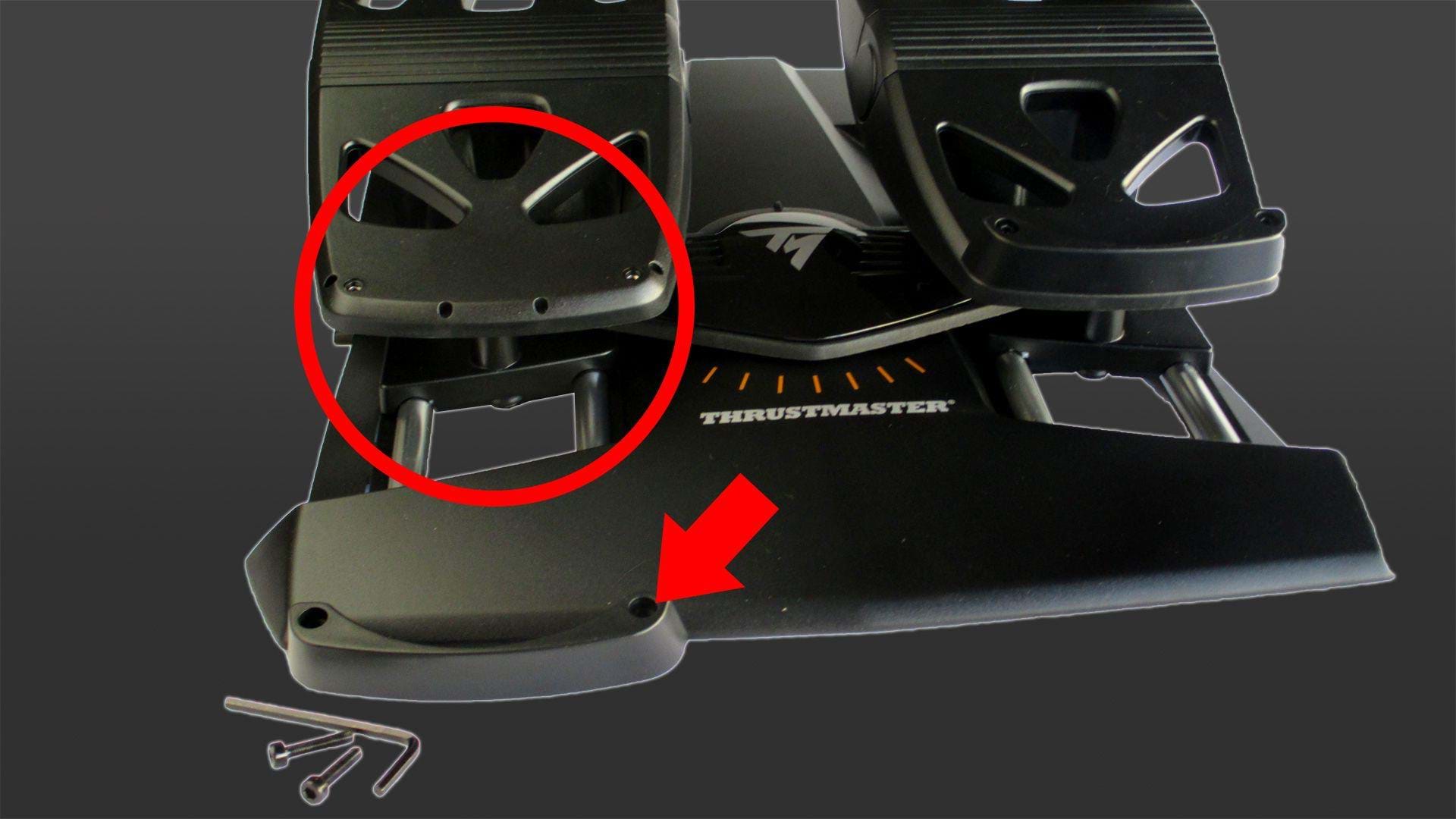 And so does the strength of the spring or the tension of the pedals. If your spring is too strong, the pedals will want to fight you and be centered the whole time. Unfortunately, Thrustmaster does not allow us to adjust this setting. Nonetheless I felt I didn't need to.

The spring is not too strong so I didn't have to fight the rudder pedals the whole time. I manage to fly comfortably for quite some time and I know I could do it for a couple of hours if necessary, without any issues.

Oh, and before I forget: yes, they do have toe brakes. This is a 3-axis set: rudder, left break and right break.

As usually with any controls, I tested the pedals using FSX (with the default B206 and Camille Backmann’s Alouette III), X-Plane (using Dreamfoil’s B407 and S-300CBi) and DCS (with the DCS Huey).

The pedals are very accurate and comfortable. I was in control of the aircraft (well, at least the best I can) at all flight stages. Everything that went bad on my flights was my own fault.

I found that the distance between the pedals actually helped me a bit. There may be other factors but the thing is that I felt really comfortable with it and the pedals slide really well, allowing me to be in complete control and perform the fine adjustments I needed to.

I particularly welcome the ability to remove the heel rests. I felt it was much easier to use the pedals that way. For fixed-wing, they are welcome but for helicopters, I keep them out.

Thrustmaster, as usually, is releasing quite nice hardware. These pedals are pretty darn good, especially at the price they are being sold for.

Get serious about helicopters and grab this set if you don't have any rudder pedals. It's a good investment and you'll be on top of your game.

Installation 10
Ease of use 10
Performance 9
Build quality 7
Design 7
Total score
8.8
* The above final rating is calculated from a weighted average and not the direct arithmetic average. This means that some elements of the review will have a higher influence in the final score than others.