Looking for something to do in DCS with your Huey? What about some time-travelling back to 1968 for a Vietnam-like campaign?

That’s an image that most of us didn’t actually saw in real life but that we can easily fetch into our memories: the blade slap of a group of Hueys flying over lush forests is something special.

It’s also something that – ignoring the horrors of war – a lot of helicopter pilots would like to try sometime. And for those of us that are not actual helicopter pilots, we’ll settle with the sim.

Paradise Lost, a campaign for the DCS Huey, puts you in a similar role. It transports you back to 1968 where, after a communist coup in the Philippines, backed by China, the country started expanding and its guerilla troops are in control of a portion of Guam.

You are put in the shows of WO Jack Wilson and, as a member of the 4th Aviation Battalion, your job will be to fly all kind of sorties. Resupply runs, combat assaults, dustoffs, extractions, pretty much everything you could think of, you’ll be doing it.

Not a small package 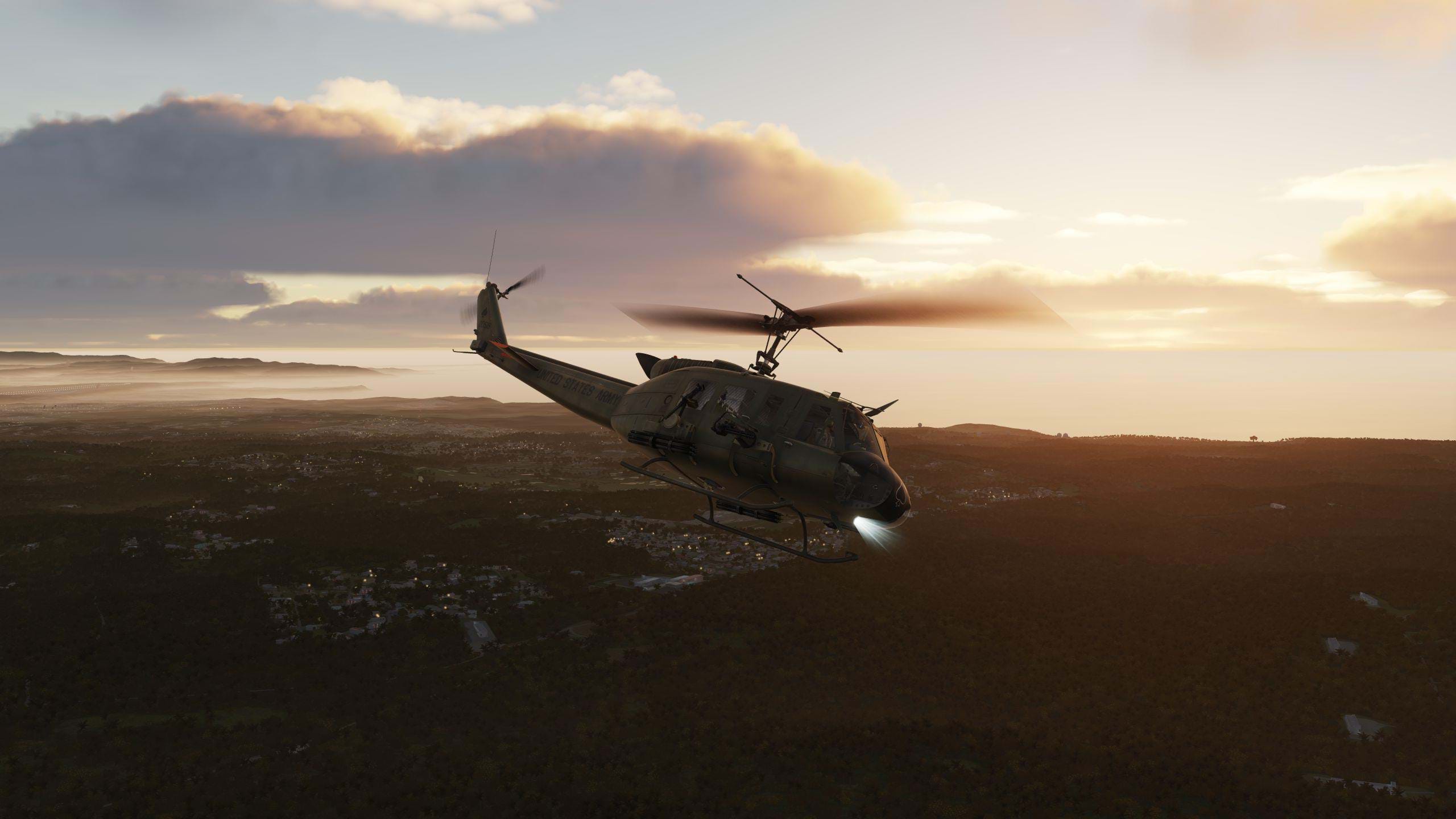 The campaign is packed with missions, amazing documentation and all the necessary information for you to understand your mission and fly it. Cut-scenes help tell the story and the radio chatter as well as the music help build the immersion.

As you can see in the official features list below, this is not a small package at all. The amount of work is clear.

Very often, the devil is in details and this campaign seems to be filled with those.

I was very curious to try it out and, even if I do lack the time to spend an hour or two flying missions on a consistent schedule, I started flying them.

And, of course, it took me a long time to progress. Schedule constraints are harsh.

But the campaign stuck in the back of my head. Every time I realized I couldn’t fly a mission that day I was actually pissed. And the more missions I flew, the more pissed I was for not being able to fly the next one.

Why am I telling this? Well, because if it was a poor campaign, I probably wouldn’t mind.

But I did mind.

And that was a clear sign that the campaign was sucking me into DCS. Even if I am not a huge fan of the era and I am not someone that likes to do combat missions in the sim – yes, I know it’s a military sim; no I don’t use it as a military sim – I wanted to go back.

Because one of the cool things of the campaign is the fact that it’s not all about combat. At least from our perspective as a Huey pilot. We don’t have to be constantly shooting at stuff. Even if sometimes you DO have to shoot, of course, that’s not the goal. 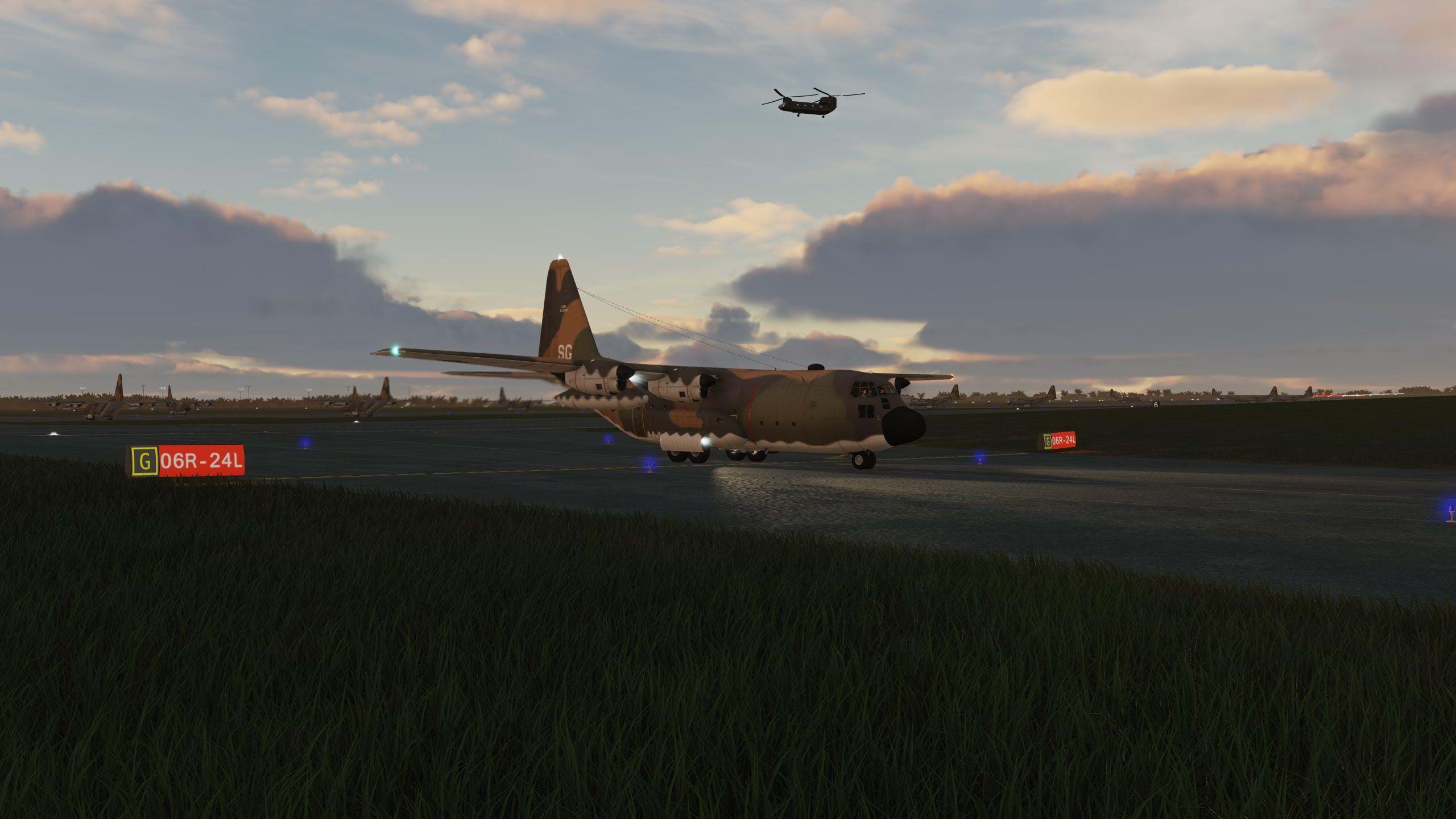 I’m not going to say a lot more than I already said when mentioning the features. We have cut-scenes, we have voice acting, radio comms and background music we have documentation.

And we have very nicely designed missions with some surprises and twists which make you be on your toes.

The campaign intro is perhaps a bit long in my opinion, but it sets you up for what’s coming, which is nice. I do wish it was shorter but it’s very cool.

And surprises start right away on the first mission. I will not go into details as not to spoil anything, but things are not linear. Are they ever???

Be on your toes

I can’t say it’s a surprise as we are used to some twists on missions and campaigns already but you should be wary of your surroundings and ready for any drastic changes – and for starting to feel like a target in the sky!

Despite the longer normal cruise parts of the flight, you do feel like you need to be paying attention, especially when you need to fly closer to the ground. Missions are not very big (I’d say most are doable in an hour or so) which means that you tend to get things a bit more concentrated.

But you don’t always have nasty surprises of changes of plans. This adds a bit balance to the campaign since you are not always bored (fly from A to B, do your thing, come home) nor you are on constant chaos with changes after changes and being shot at the whole time.

This way of designing campaigns work very well for me as they add some pressure, but they don’t exhaust me psychologically. I know surprises may be coming but they are not that predictable to a point where it stops being fun. And it’s not a constant roller coaster either, so I am not always in deep stress.

When talking to the developer about the campaign, I was told these missions were designed “using personal accounts as sources”, which certainly helped not only to make it more realistic but perhaps also with this balance.

What can I say?

I love this campaign. For US$11 you get a great package with lots of goodies, filled with precious little details and clear passion by the developer.

The Huey is still my favorite module for DCS and even if I am not a huge fan of the era, it still did it for me.

Being able to use the Huey in an environment where you do expect surprises, but you don’t quite know if they are happening or not – nor when – is fantastic.

The missions not being huge helped a lot too. Especially since, as I said, I have limited time. And that was even more true during the last few months. I have spent about 2 months to be able to finish the campaign. Not because it was big, but because of my lack of time.

But I was only able to do so because missions were about 1 hour long. If they were any longer, I probably wouldn’t even be halfway through.

If you are a fan of the Huey, even if you’re not into this Vietnam-like staging, I would recommend you check the campaign out. I enjoyed it a lot and for the price, you’ll be getting some great fun.

Sound 9
Diversity 10
Re-playability 8
Entertainment 10
Difficulty 9
Total score
9.2
* The above final rating is calculated from a weighted average and not the direct arithmetic average. This means that some elements of the review will have a higher influence in the final score than others.
Click here to purchase/download or more information 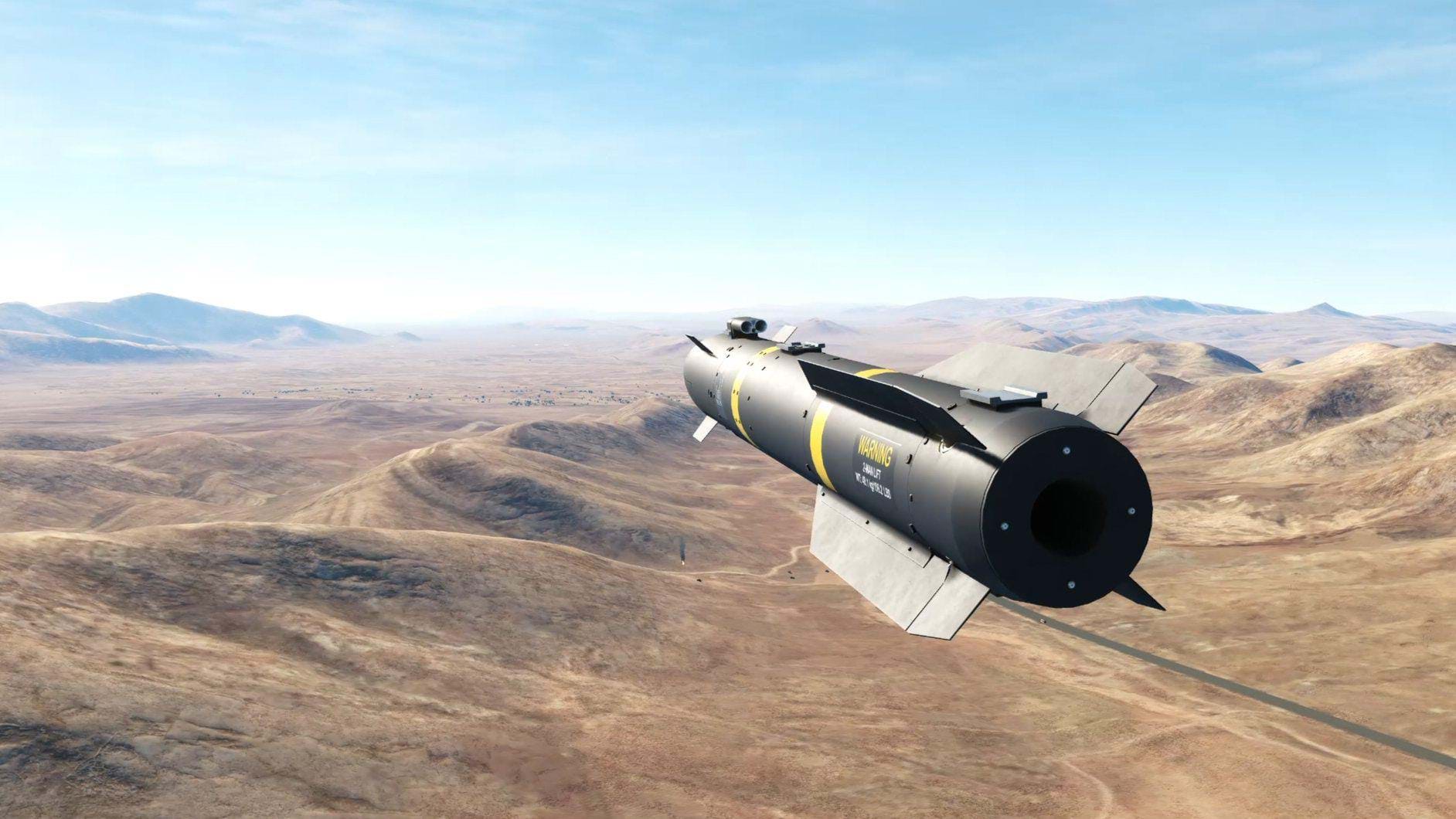 A tactical failure analysis in DCS
Read next