You say “3-in-one” to most engineers and they’ll likely hand you a can of household lubricating oil. But at ORBX they will likely point you at their most ambitious scenery pack yet, Innsbruck for X-Plane.

Why’s that? Well, because it is essentially three products in one; airport, cityscape and a mini-region. Located in Western Austria the city sits at the intersection of two major valleys in the Alps.

This region has been available for a number of different flight simulations over the years, a fan favorite due to its impressive approaches and high mountains but it hasn’t been available commercially for X Plane 11 until now.

Full disclosure, I personally pay for all my sceneries and add-ons out of my own pocket, also I’m a professional software test engineer, so I’m a picky and grumpy old simmer. I’ll cut to the chase and tell you want I think up front. Is it perfect? No. Is it a must have for helicopter nuts? Yes, it’s fantastic. 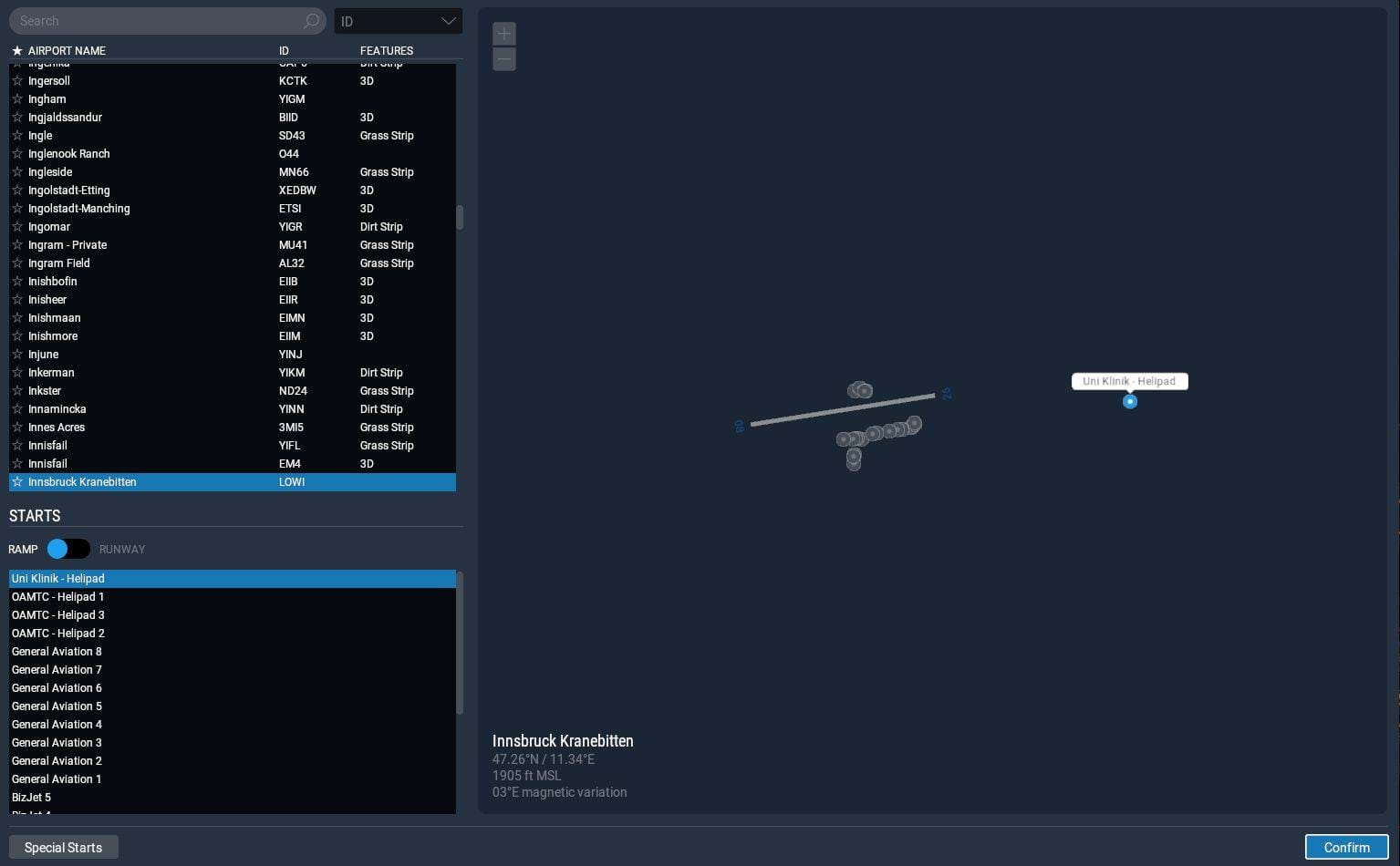 Maybe it’s a testament to how much “nagging” [Editor's note: I have NO IDEA what Richard is talking about] goes on but it’s hard not to notice that the manual specifically calls out two of the main heliports in the region; LOIU University Hospital and LOJT Hat Tux.

There’s even a starting pad for the university hospital complete with (static) fire-crew and portable unit. To start a flight from the rooftop heliport, choose the starting airport as LOWI then select the heliport as the starting position. Instead of the main airport, your helicopter will be positioned, rescue ready. Simple.

Does it Have Helipads? Yes! 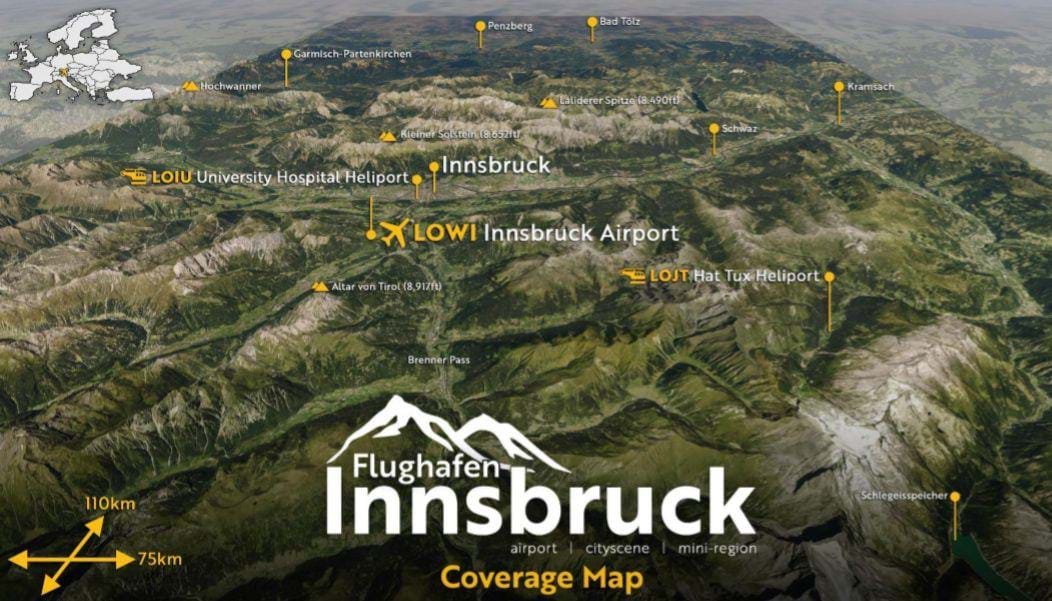 Innsbruck hosted the Winter Olympics several times and the incredible mountainside ski jump is present. While researching for this review I found a number of breath-taking photographs from the 1964 games, the location facing north across the valley surely had a formidable physiological impact on anyone daring to test themselves in such competition. 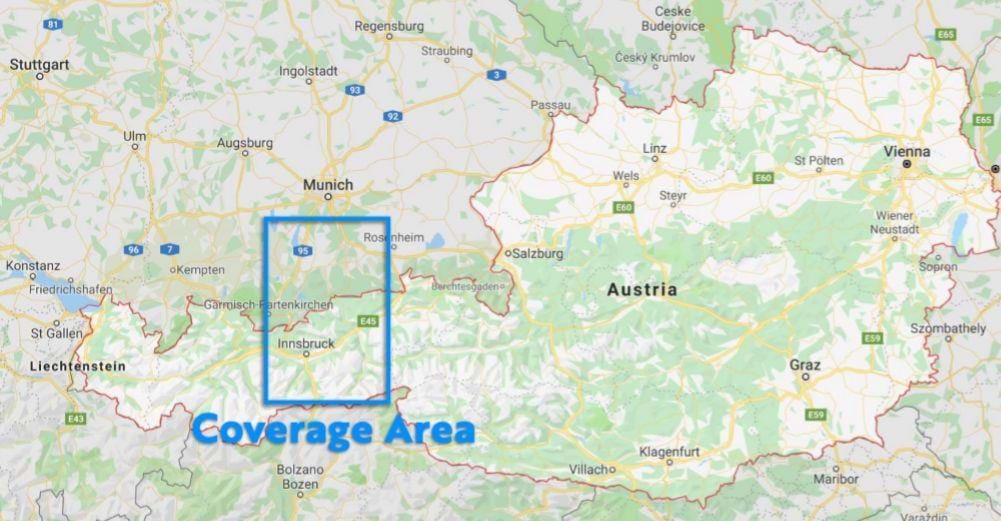 The documentation claims the city alone has 160 points of interest, I did not test this (by way of counting as I’m not sure what constitutes a point of interest, I’m a terrible tourist). However, I don’t have one fairly reliable metric that I test in real-life whenever I visit a new country. I call it, the IKEA test.

How quickly can I find IKEA from the air? Since Austria is in the heart of Europe, in theory you should be close to at least one. When my wife lived in Luxembourg, she was never more than half an hour’s drive from three Ikea stores in as many countries. 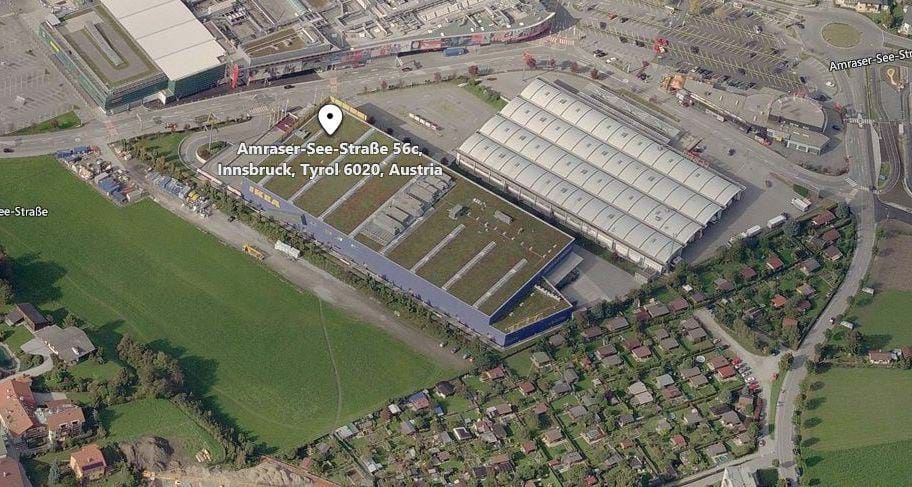 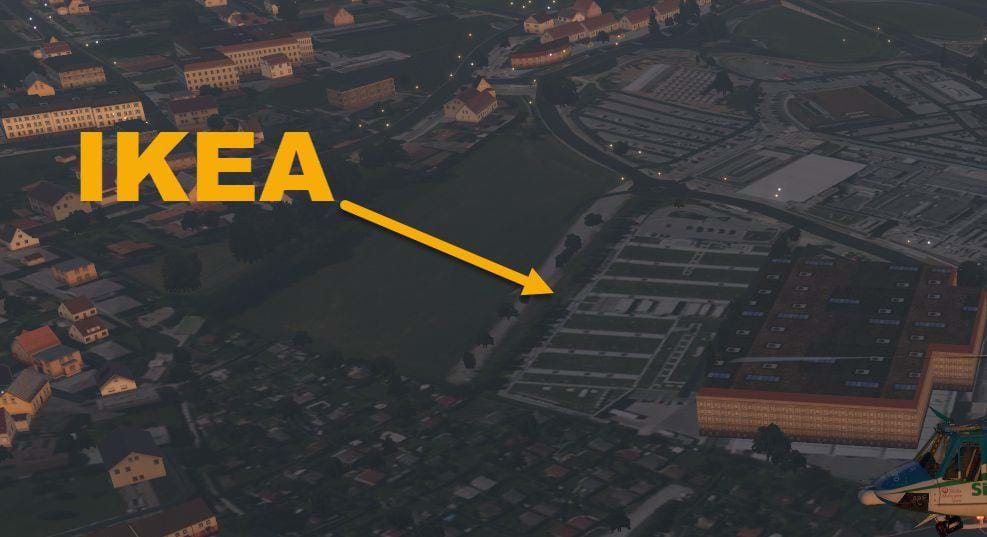 It passes the test, I was able to locate it in less than three minutes and it was unmistakable, mostly due to the accuracy of the road layout and distinctive roof.

If you have a rig that does VR really well, this scenery can exercise that all that computing grunt. Relative performance between the heart of Innsbruck and outer less populated areas was about 10% of frame render time but never dipped below my personal 35-fps trigger point.

But there’s nothing you can’t live without if you need to tweak those detail settings. If you are an ORBX customer buying cityscape sceneries and a VR user then this will be just business as usual. At my 2k resolution on a wide gaming monitor and a beefy GeForce 2080 Super, frame rate is not an issue anymore. Even over the dense areas the fps was reporting a steady 42 fps.

In VR, as you might expect that changed a bit. As always, you can tune your settings to suit your comfort level. The city of Innsbruck and surrounding mountains, the sheer verticality of the region, makes flying in VR really pop. Especially high up in the valleys through the narrow gaps.

It’s the little things you notice at low level. The “floaties” where a structure is slightly too big for the underlaying mesh resolution when the surface normals are at a high angle from each other. And some of these auto-gen objects don’t have the traditional “skirts” (basement extensions) which mitigate that; however, they can also cause clipping problems.

Then there’s the road blocking churches. If you look deep enough, there’s a lot of noise between what is procedurally generated objects and imported road data. It’s not an ORBX created problem but when you have so much going on it’s hard to miss. Not everyone has scenery cranked up to “meltdown”, typically I don’t have it so high unless I’m taking screen-shots for reviews I do as personal favours for friends.

And the other problem I have noticed in all of recent ORBX sceneries is the discontinuity of road sections when it comes to AI car objects winking in and out of existence. On European roundabouts it gets a little crazy as these circular road sections are made from straights which these moving objects don’t track well at all. That seems to be a tooling and export logic problem that could be worked on and patched. I know how difficult this sort of thing is from experience but I have to call it out.

If HeliSimmer.com had a “HeliSimmer.com Approved” seal of approval I would insert one here. It passes all the tests I have for an exciting place to explore and experience the simple joy of flying around. There are some elements that need patching up to solve some of the visual glitching, one flight I had ‘infinite powerline’ objects passing through the scene to the west of the main area.

That aside, Innsbruck is an iconic city for flight simulation and X-Plane 11 helicopter pilots can now enjoy it. It’s a testament to how iconic it is that when I first heard about it I was ready to buy regardless. Do I feel I got value for money? Certainly. Have I been flying around in it since release? Yes. Do I know who the little guy with the over-sized Canon DSLR is on the control tower? No idea, but it’s a cool Easter egg.

I’d like to rate this scenery using an object that I researched for this review that I found the most fascinating. So, I’m going to rate this scenery FOUR Olympic Ski Jumps out of FIVE.  It loses one ski jump for the assorted quality issues. ORBX really makes good household lubricant but when you are this ambitious it’s hard not to have a few squeaks. But since we do the categorized 1 out of 10 I suppose I better pull some numbers out of thin air. If you are going to buy this you’ve got it already, if you’re on the fence and have a VR rig, you should buy this.

Installation 10
Textures 8
Buildings 7
Visual impact and quality 8
Frame rate impact 6
Total score
8
* The above final rating is calculated from a weighted average and not the direct arithmetic average. This means that some elements of the review will have a higher influence in the final score than others.
Click here to purchase/download or more information

Richard Hawley is a contributing writer, he has been flight simulation enthusiast for 30 years working as a developer and test engineer in the gaming industry. He has contributed to PC game titles such as Enemy Engaged series, Team Alligator, Black Shark and Jane’s Longbow 2. Now in his late 40s, he’s still convinced the best is yet to come, "art is never finished, only abandoned".
More articles by Richard Hawley