ORBX recently released another scenery for X-Plane, bringing their quality to this sim once again. This time they covered the Manchester City Airport and Heliport. 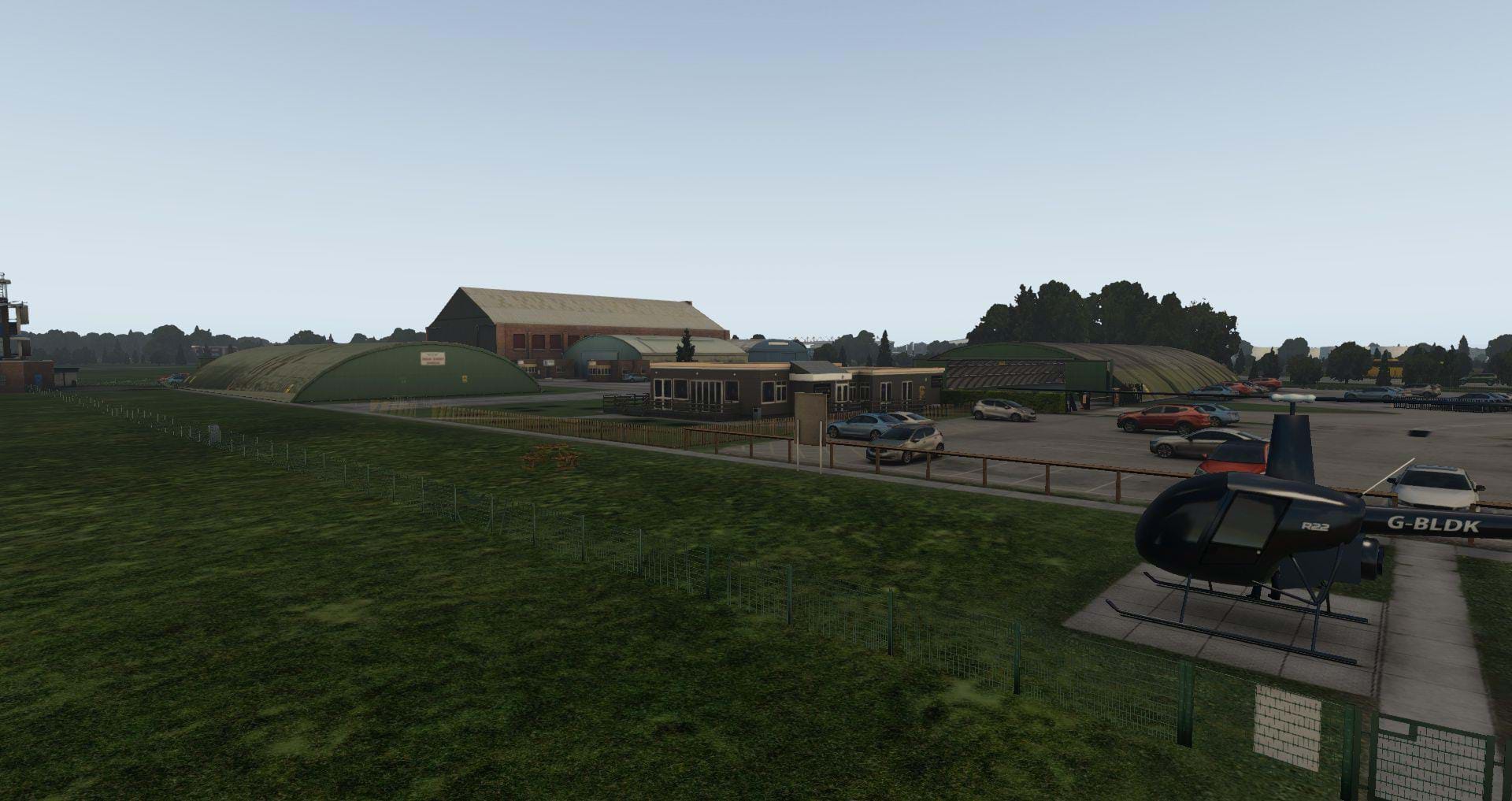 Developed by Tony Wroblewski, this scenery covers a very popular and busy area just 5NM out of Manchester. The airport and heliport are very close together and are populated by other aircraft (both fixed and rotary-wing) and some people.

Unfortunately, the people are not animated (I have to agree with Bel Geode on this one and say that it would be nice to have some animated folks around the airfields) but it does bring the airfield a bit more to live.

As it does some construction stuff scattered around. It makes you feel like there’s activity in the area, which is very cool. 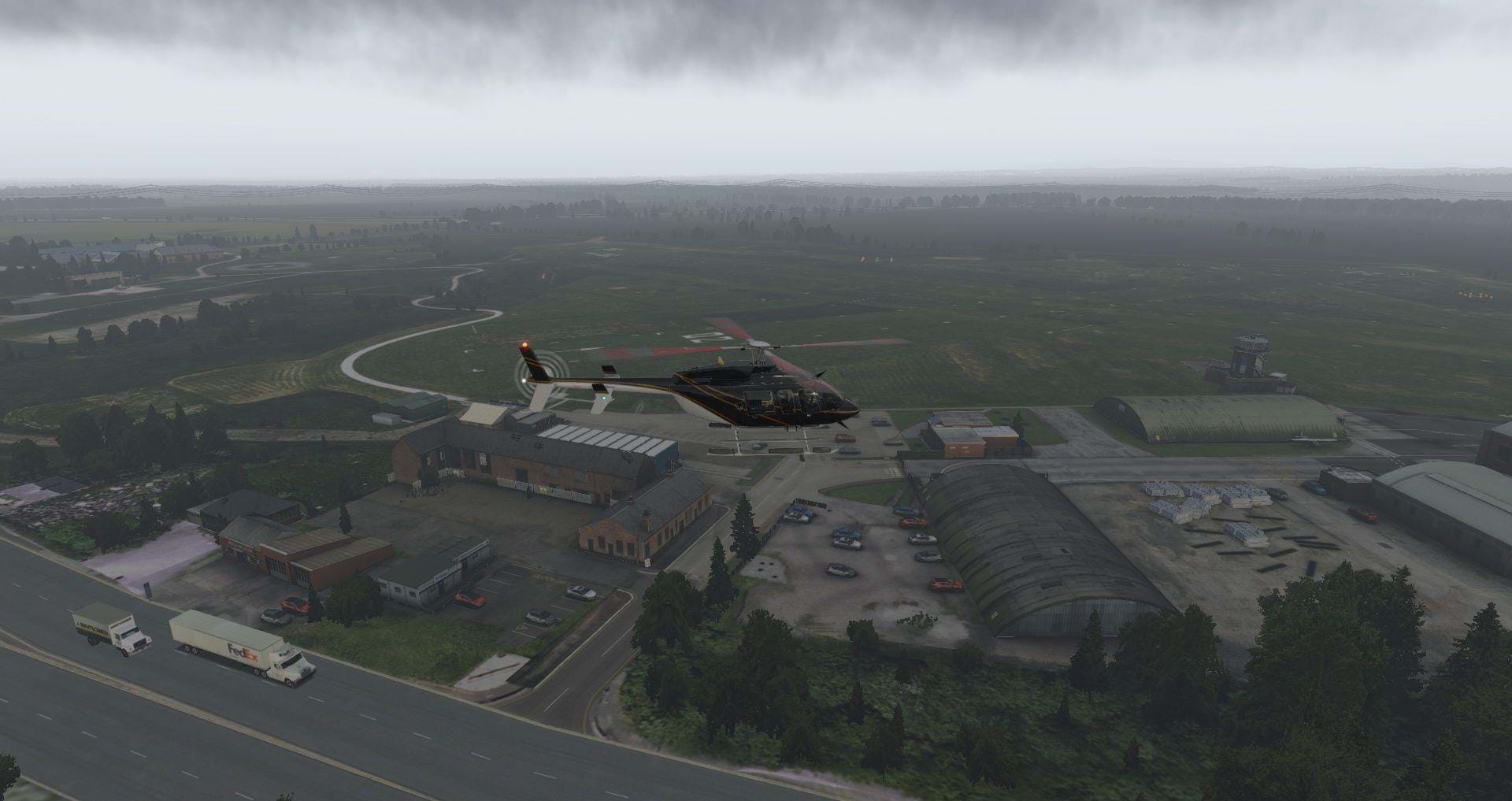 The airfield is comprised of four grass-strips, a control tower, a few buildings (some of them in rough state, which increases the realism and immersion), some parking lots, with cars, a self-serve fuel pump and some helipads, among other structures.

I have to say I am a sucker about these kinds of airfields with grass strips. It somehow reminds me of the WWII airfields or other old ones that were used back when aviation was something very new and noble.

While moving around the airfield, I didn’t want to leave. The overall feeling and immersion is amazing and there are a lot of details wherever you turn to. If feels very complete and filled up without feeling clunky.

Flying around it is a true pleasure (again, sucker for grass strips here – those numbers painted on the green make me feel all fuzzy inside) and you’ll want to explore all the buildings: the open hangars, the broken building with some holes on the roof that you’ll want to peek through, the flight schools, the control tower, the traffic signs... I could go on and on and continue describing every little corner and structure. 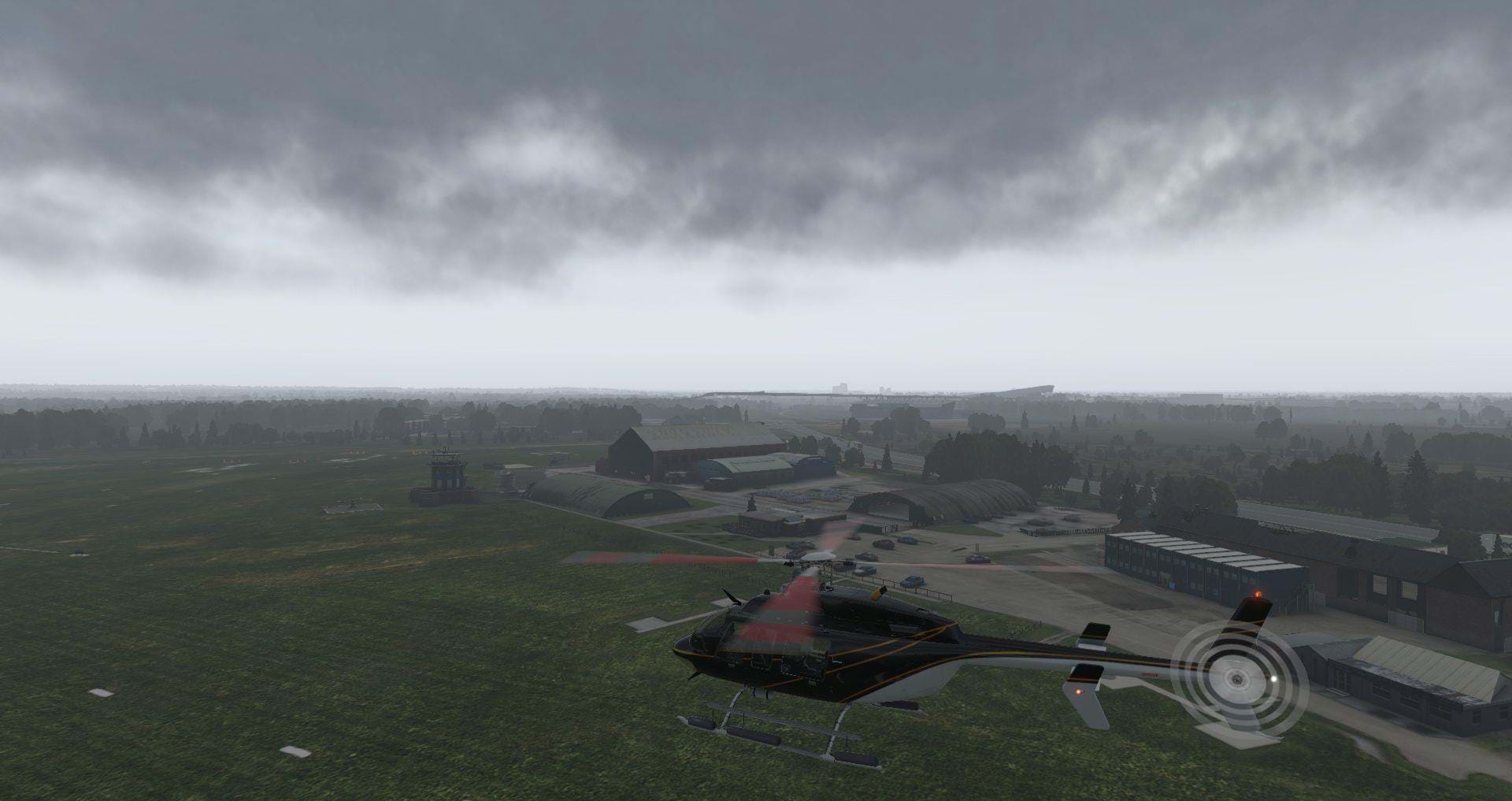 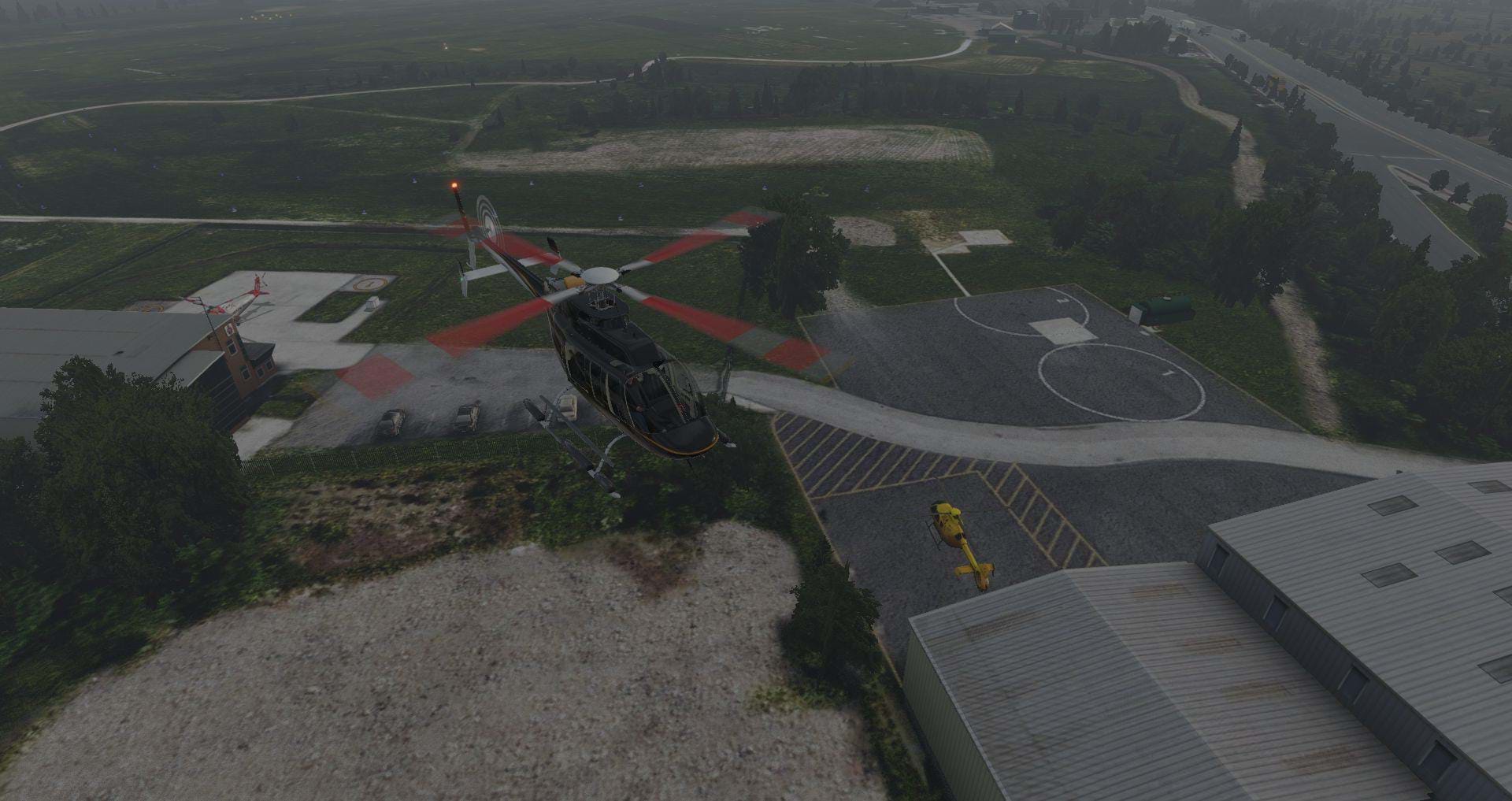 You’ll also find a few helipads (you can start your flight at two of them) as well as a couple of R-22. I just find it too bad the texture on both the R-22 are the same. It’s not a huge deal but, on such a detailed airport, it kinda feels like you’re being cheated. I have checked the fixed-wing aircraft and they all had different liveries and registration numbers.

Is it a big deal? Of course not; I’m nitpicking. But when you find such a high-quality product, you will start doing that and look for the small details.

The heliport is right next to the airfield and is comprised of 2 areas: one for the police and a general one. On each of the areas you have 2 helipads you can start at.

The heliport has a few buildings, the helipads and a few cars. It’s a small heliport and it doesn’t have a lot of different structures like the airfield. It also doesn’t have people around it which I think it’s a shame. It would bring a bit more of life to it. 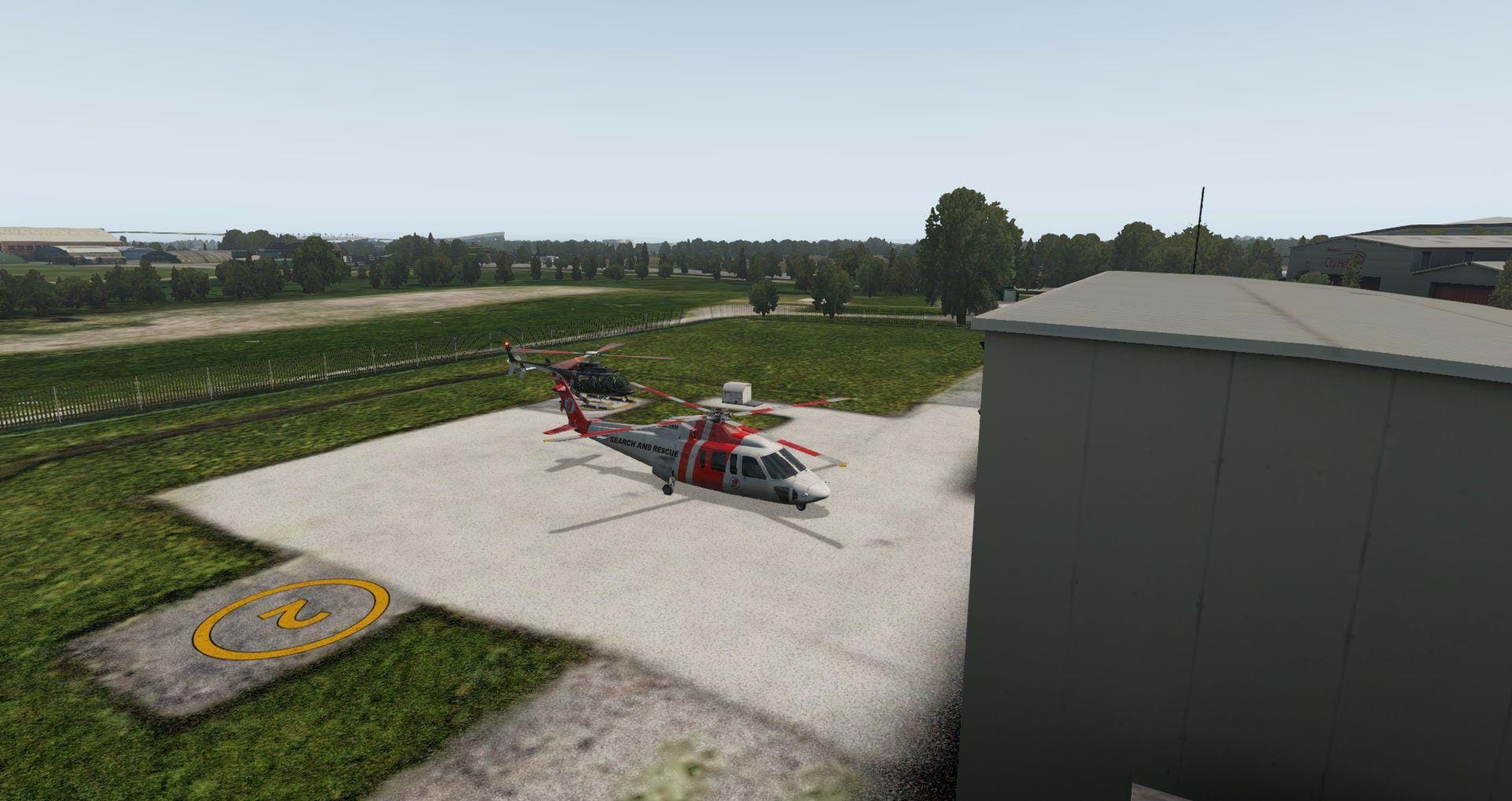 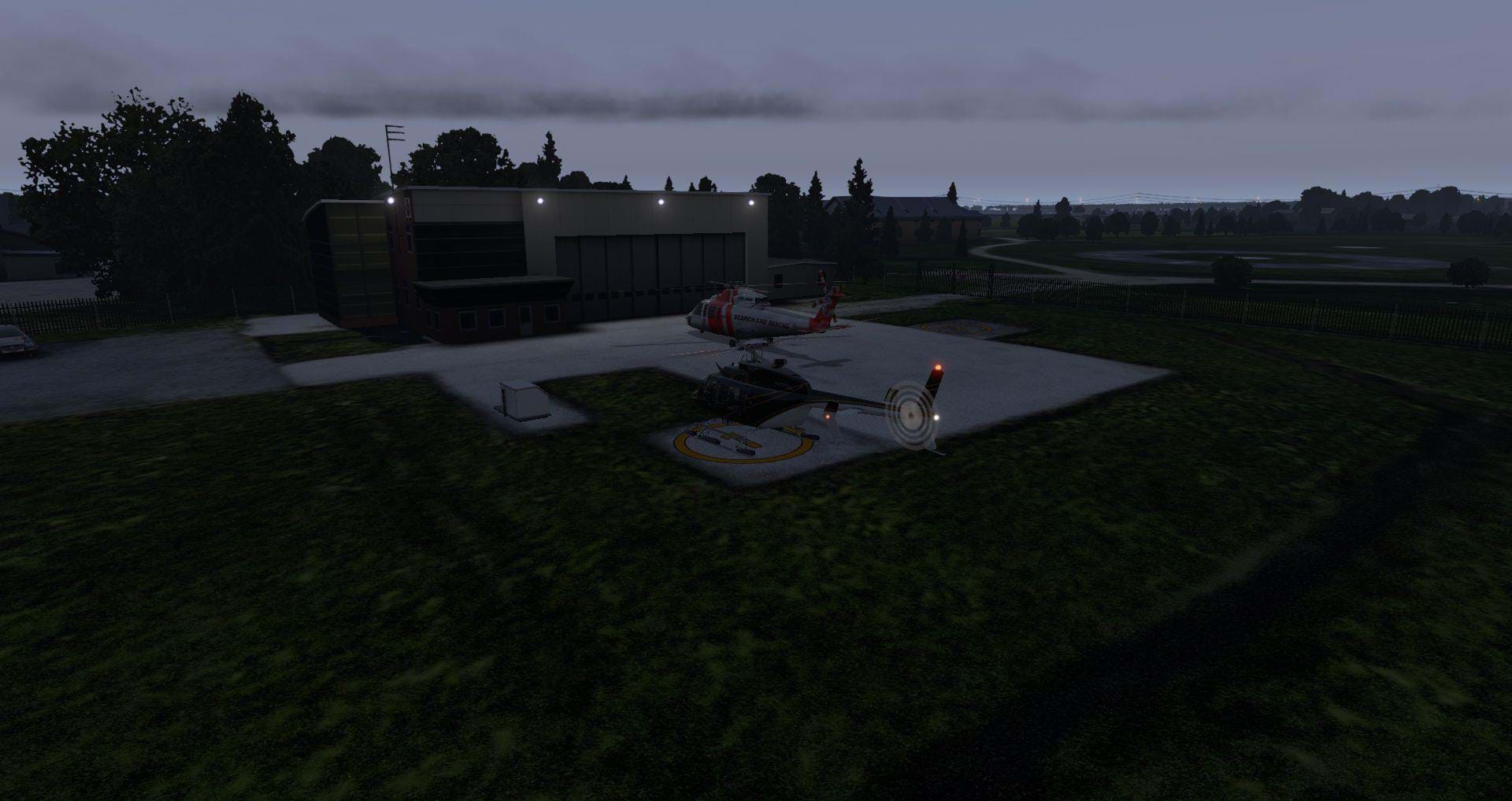 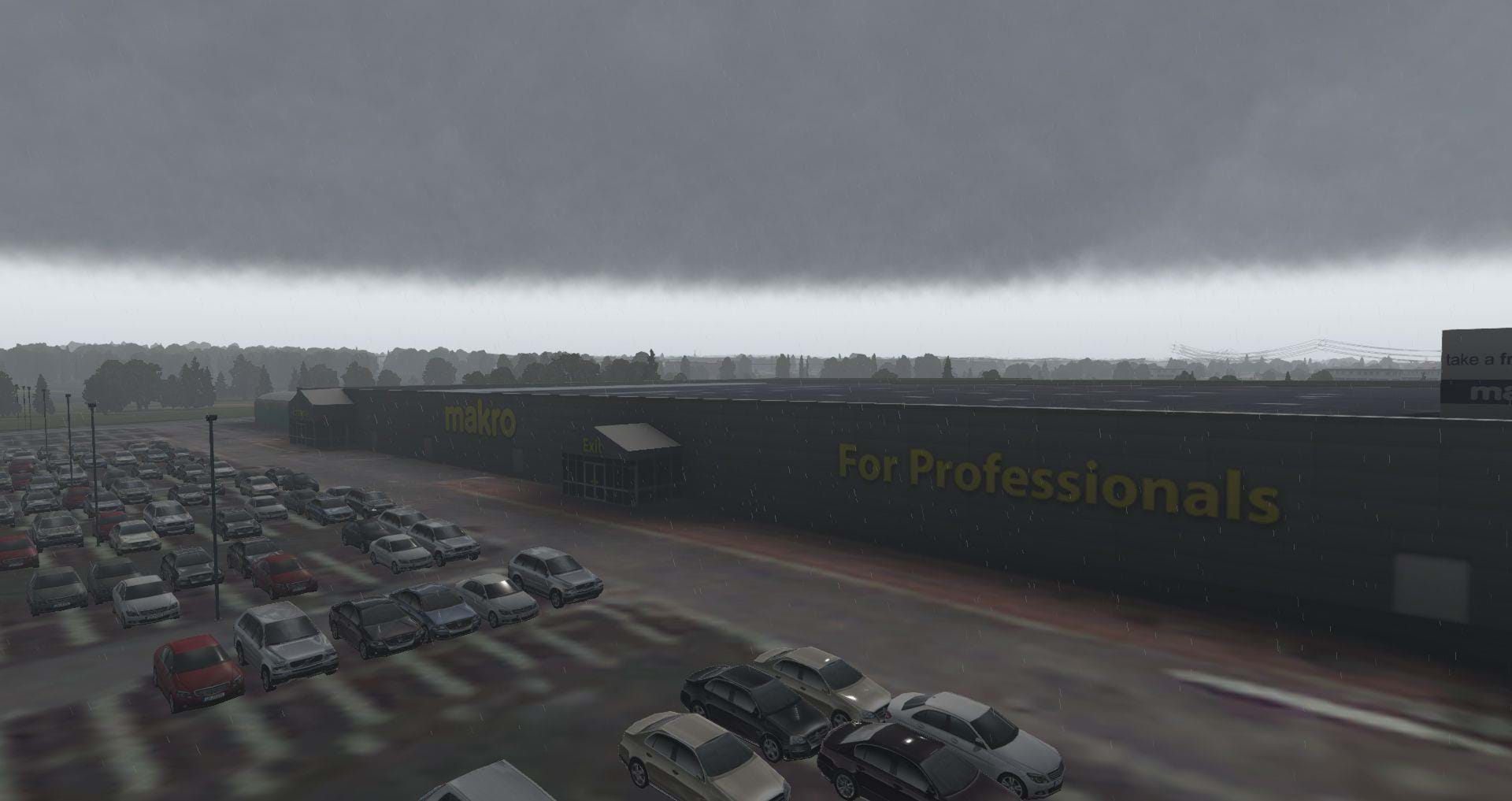 Tony Wroblewski built a 30km2 region around the airfield and filled it up with autogen, photoreal textures and some custom buildings. You can fly over stores, houses and even an indoor snow park.

It’s just the kind of scenery we helicopter fans love so that we can buzz around, low, slow or even hovering, just appreciating the details. 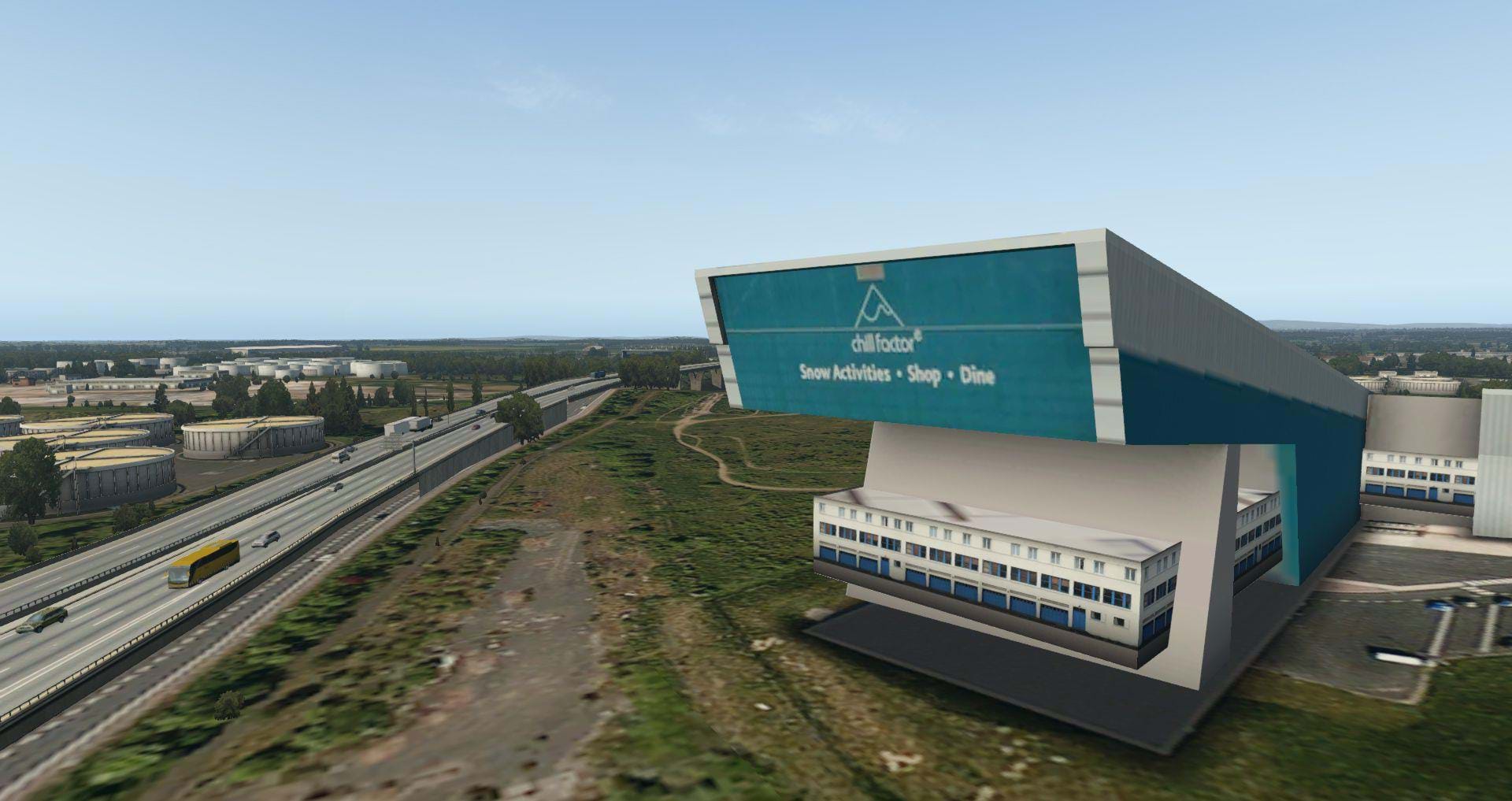 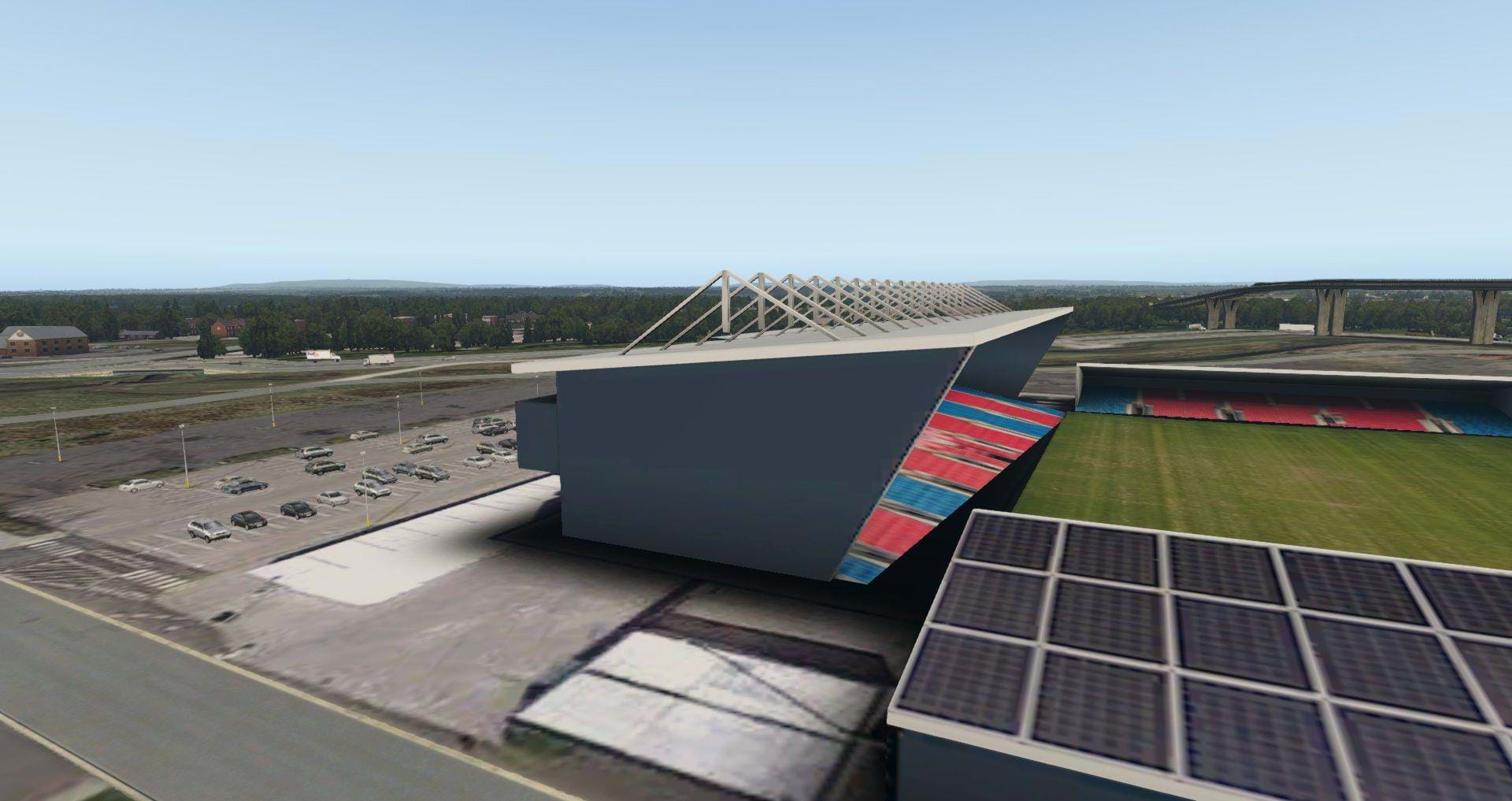 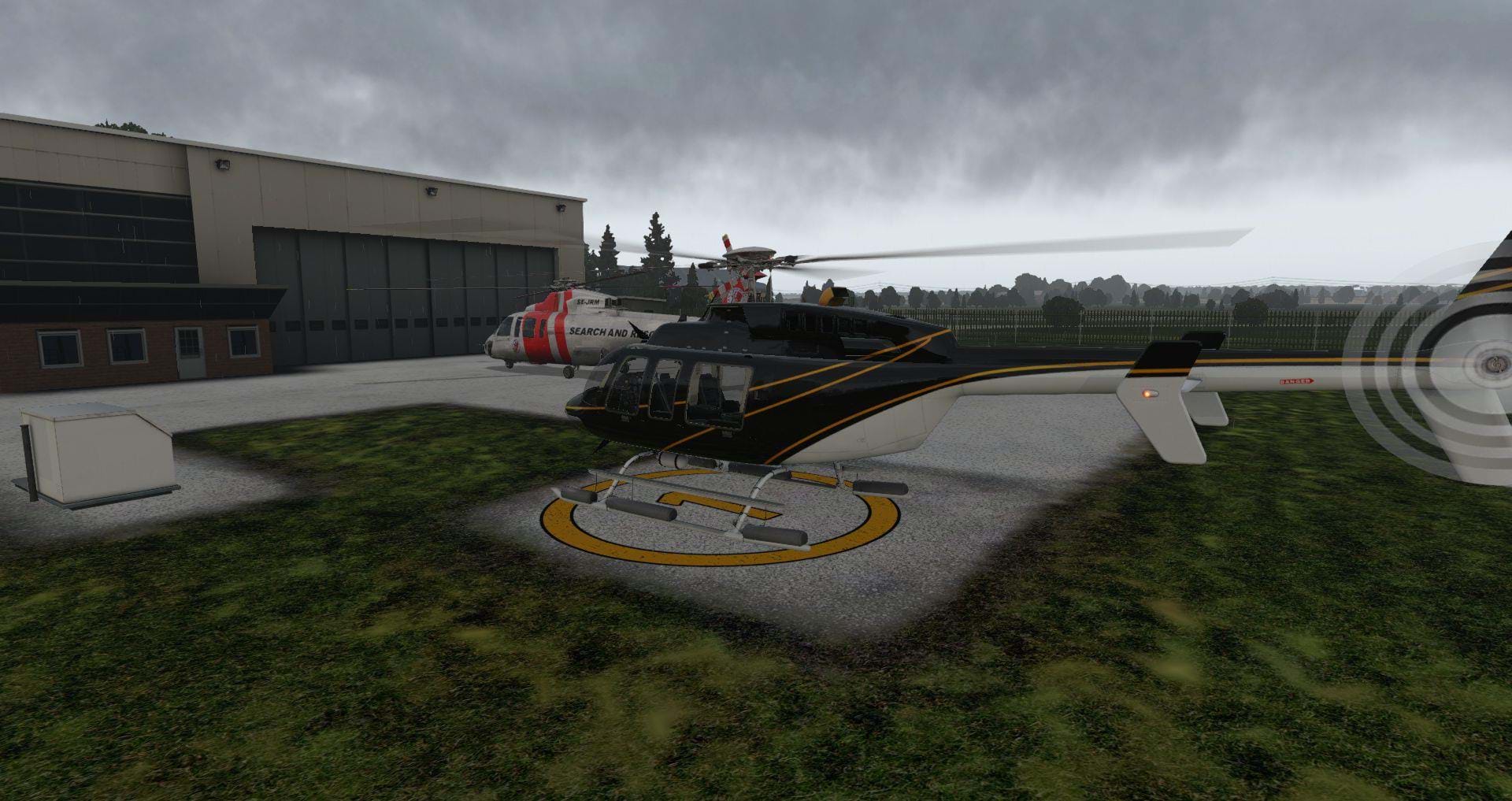 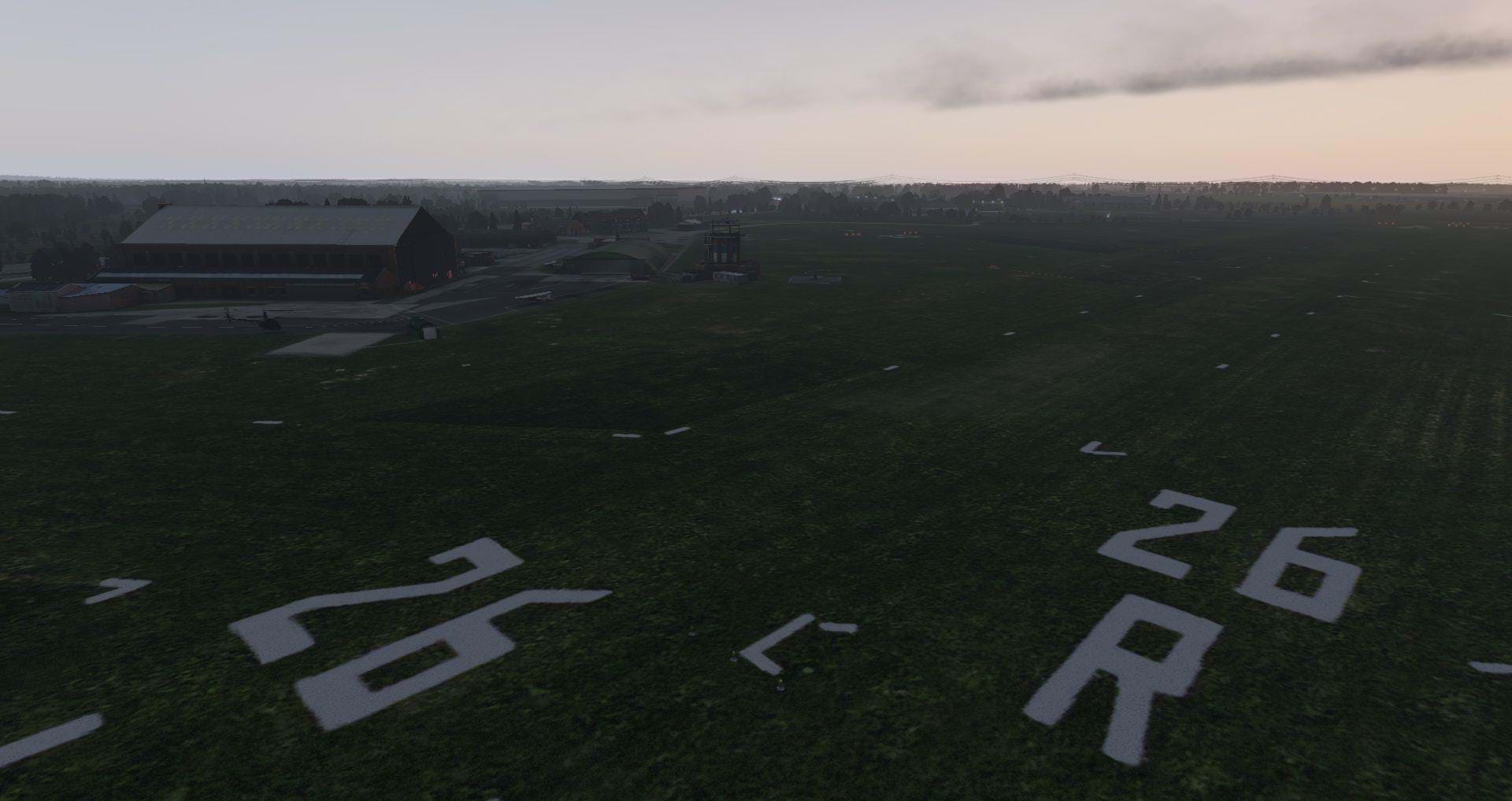 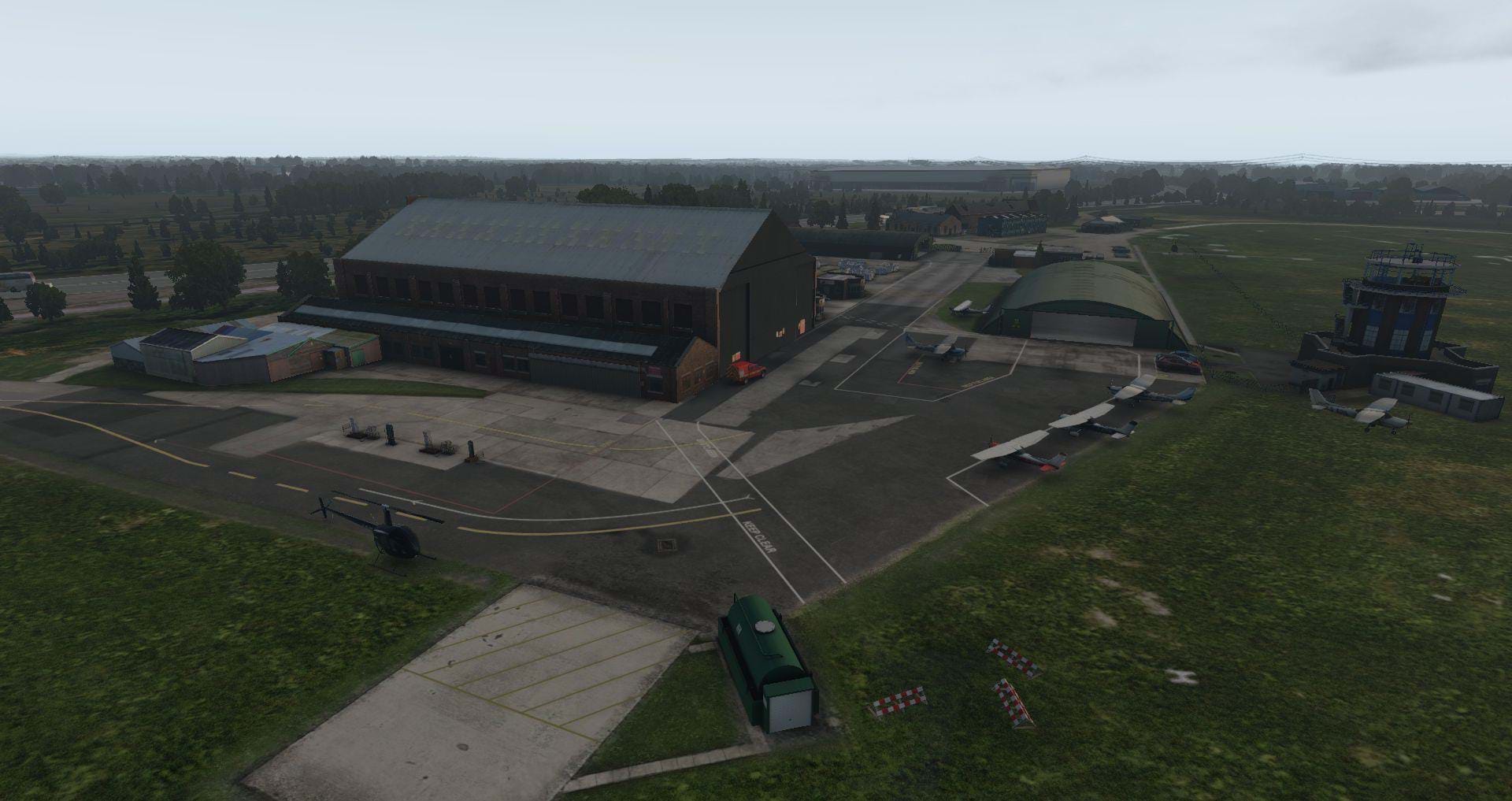 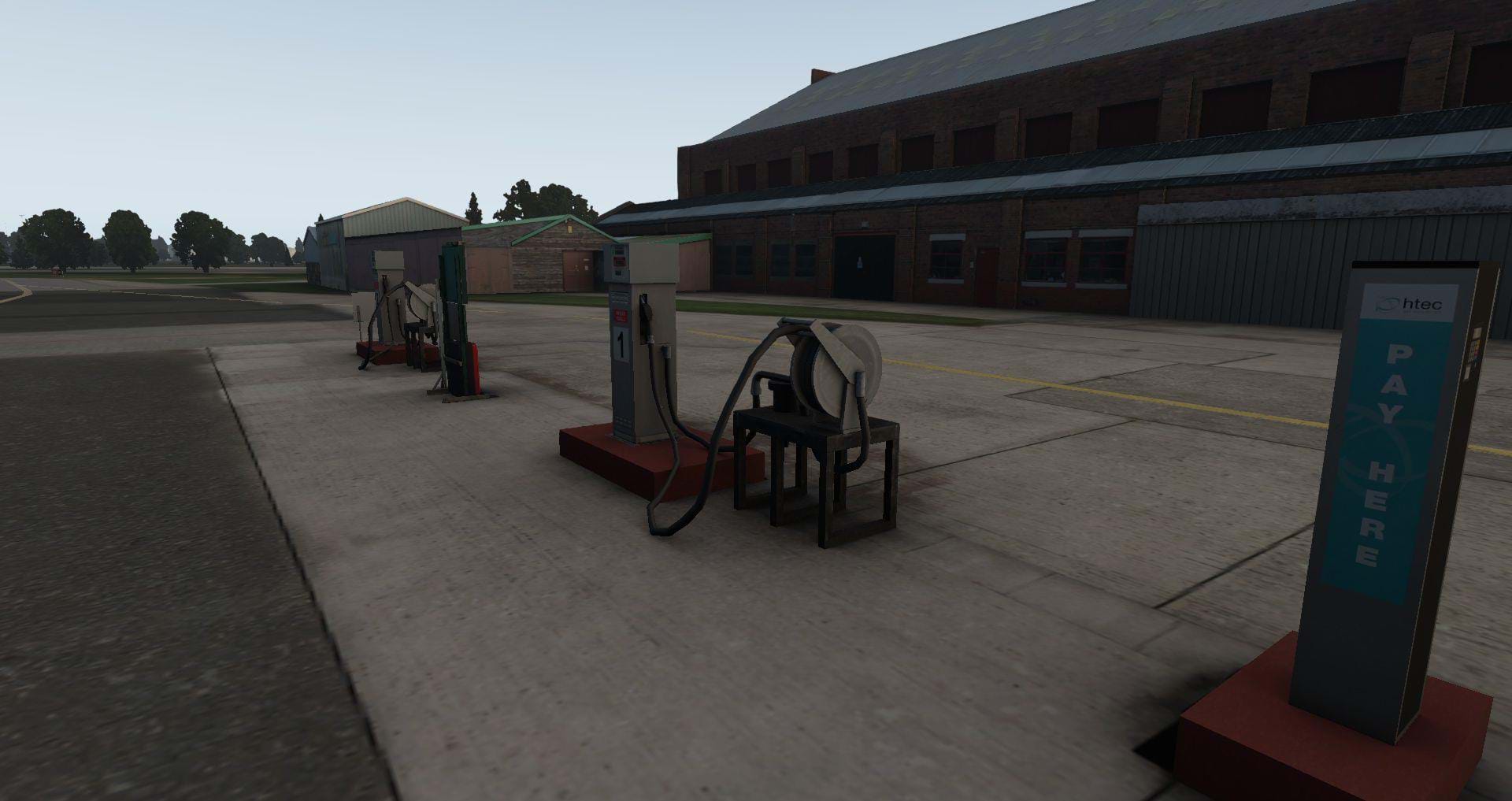 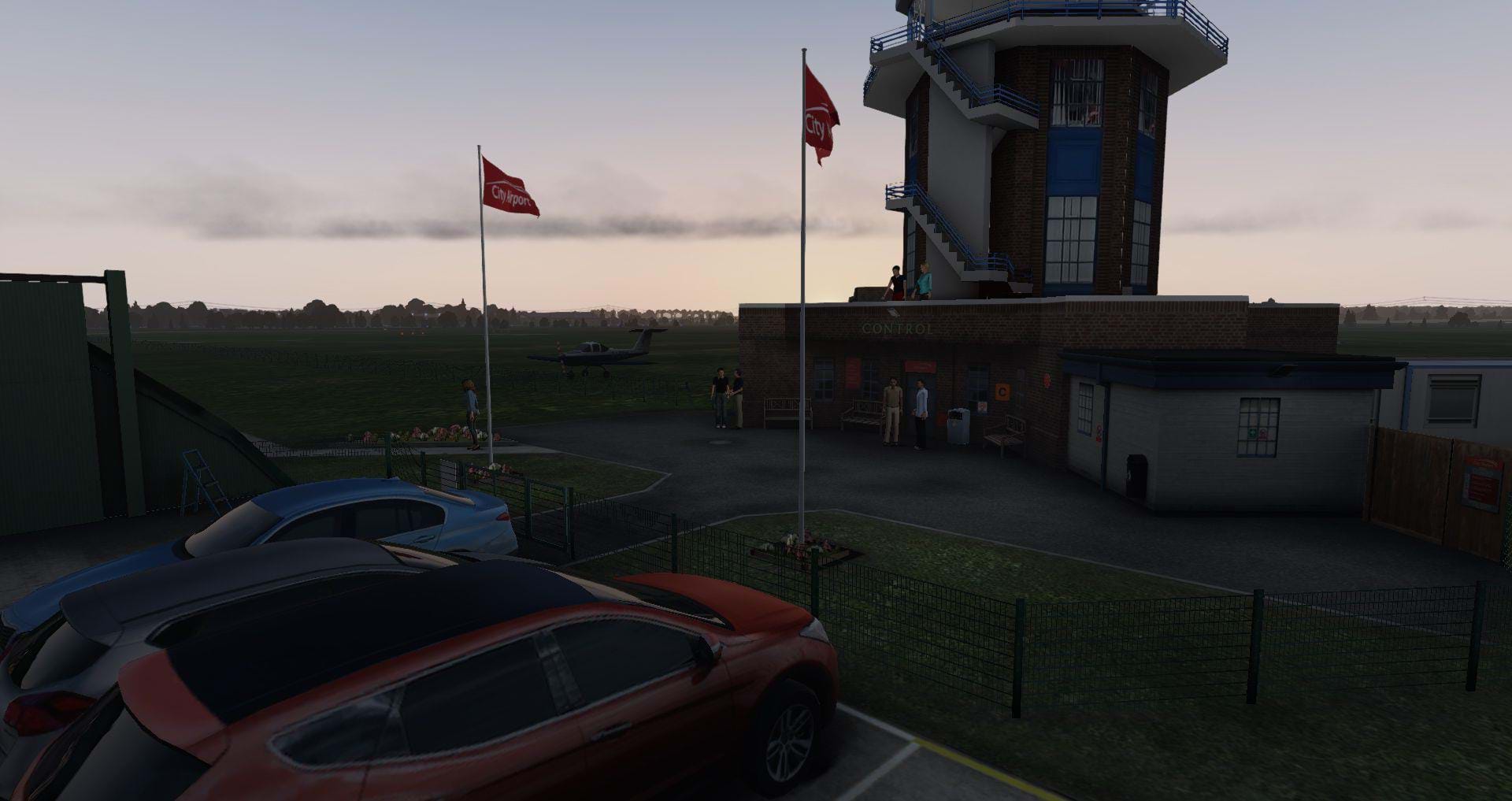 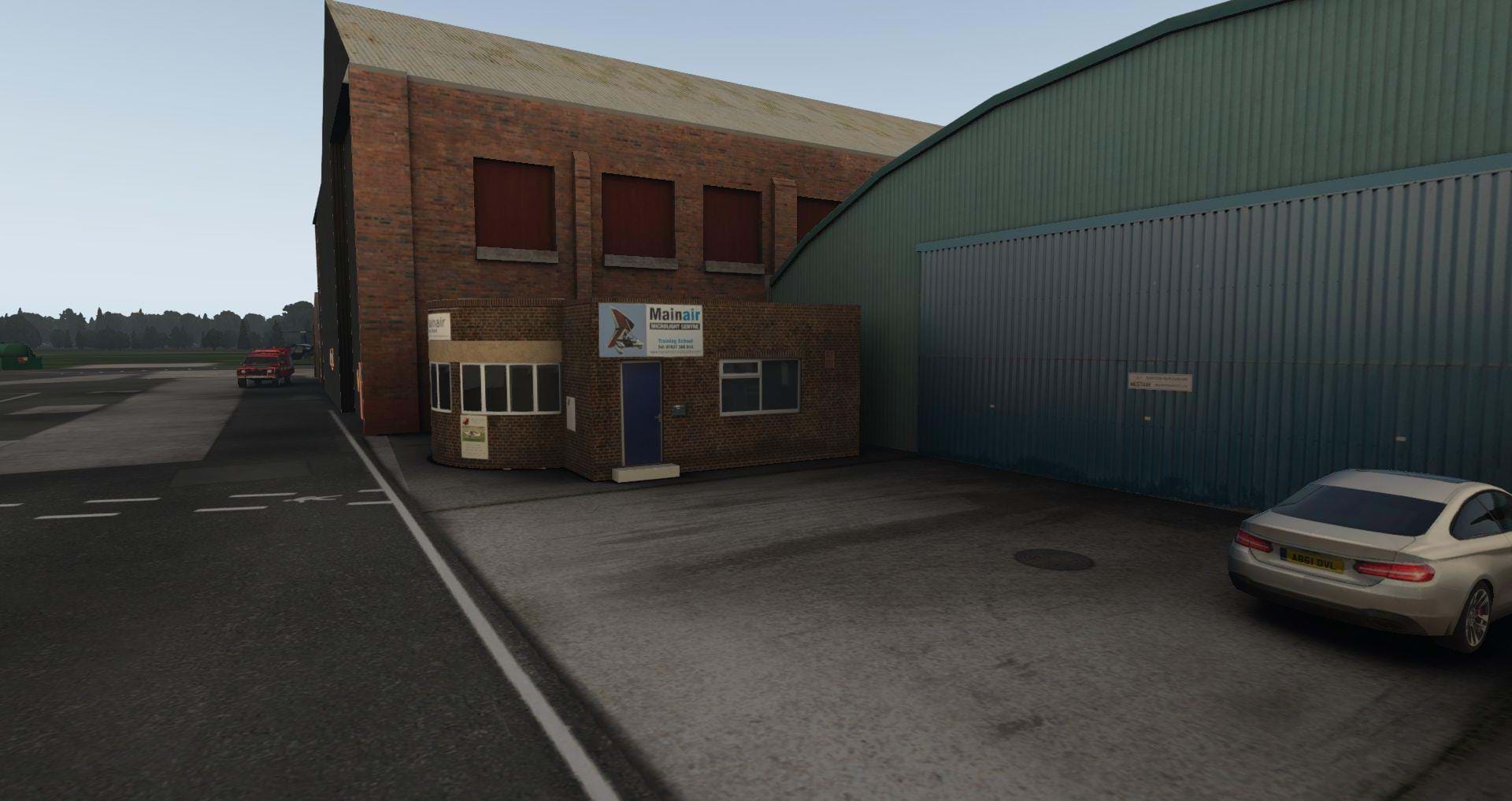 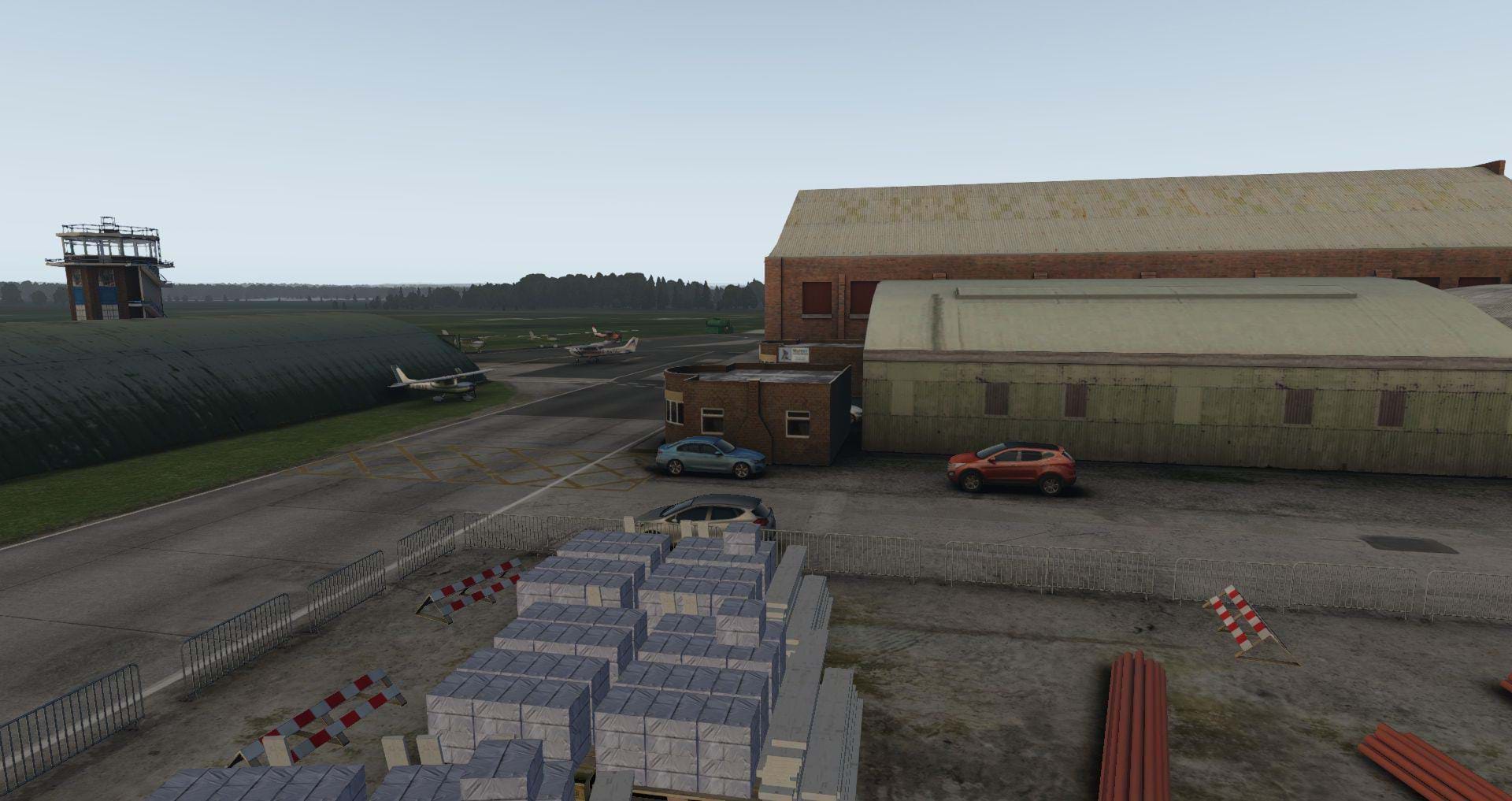 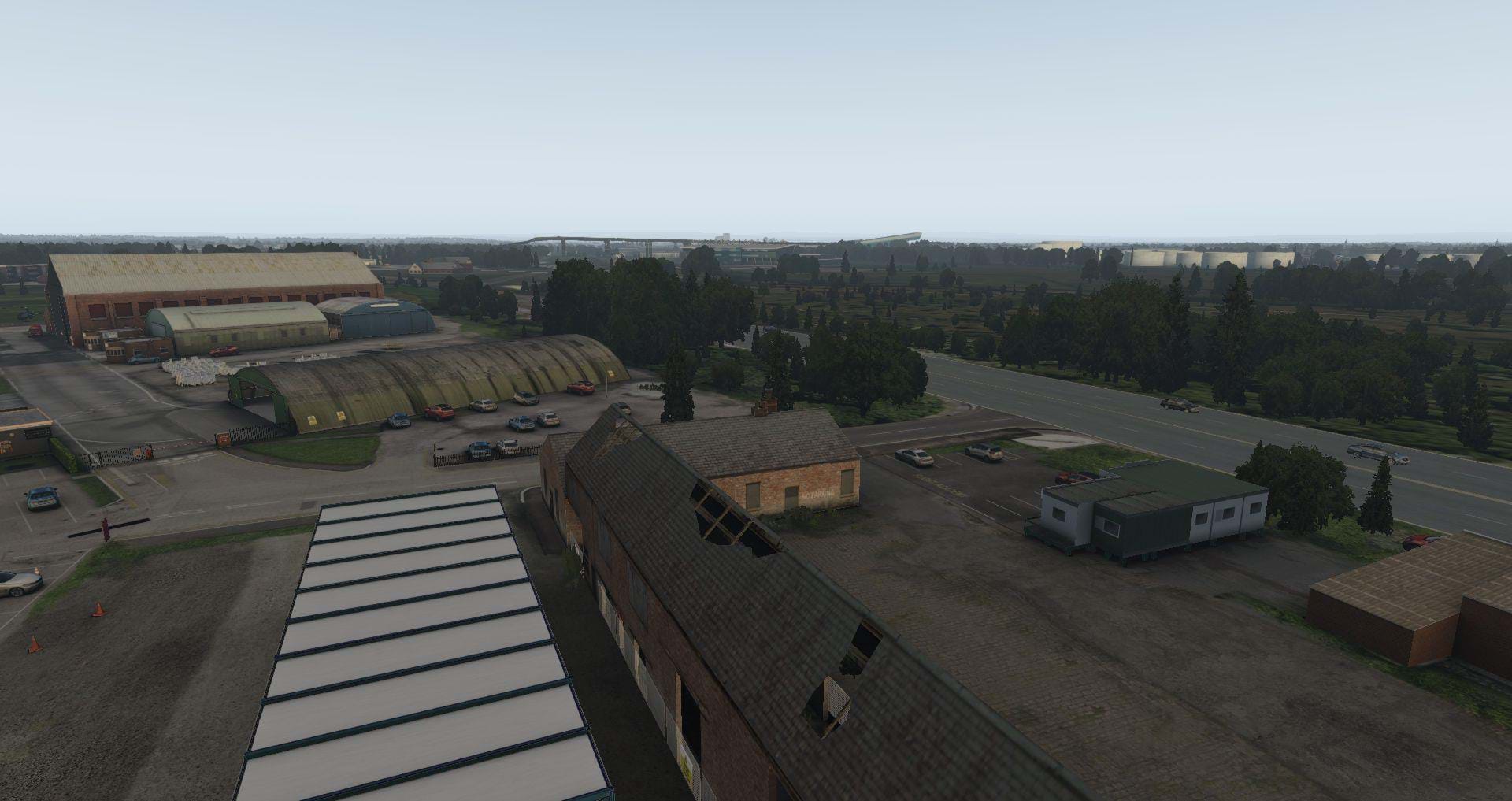 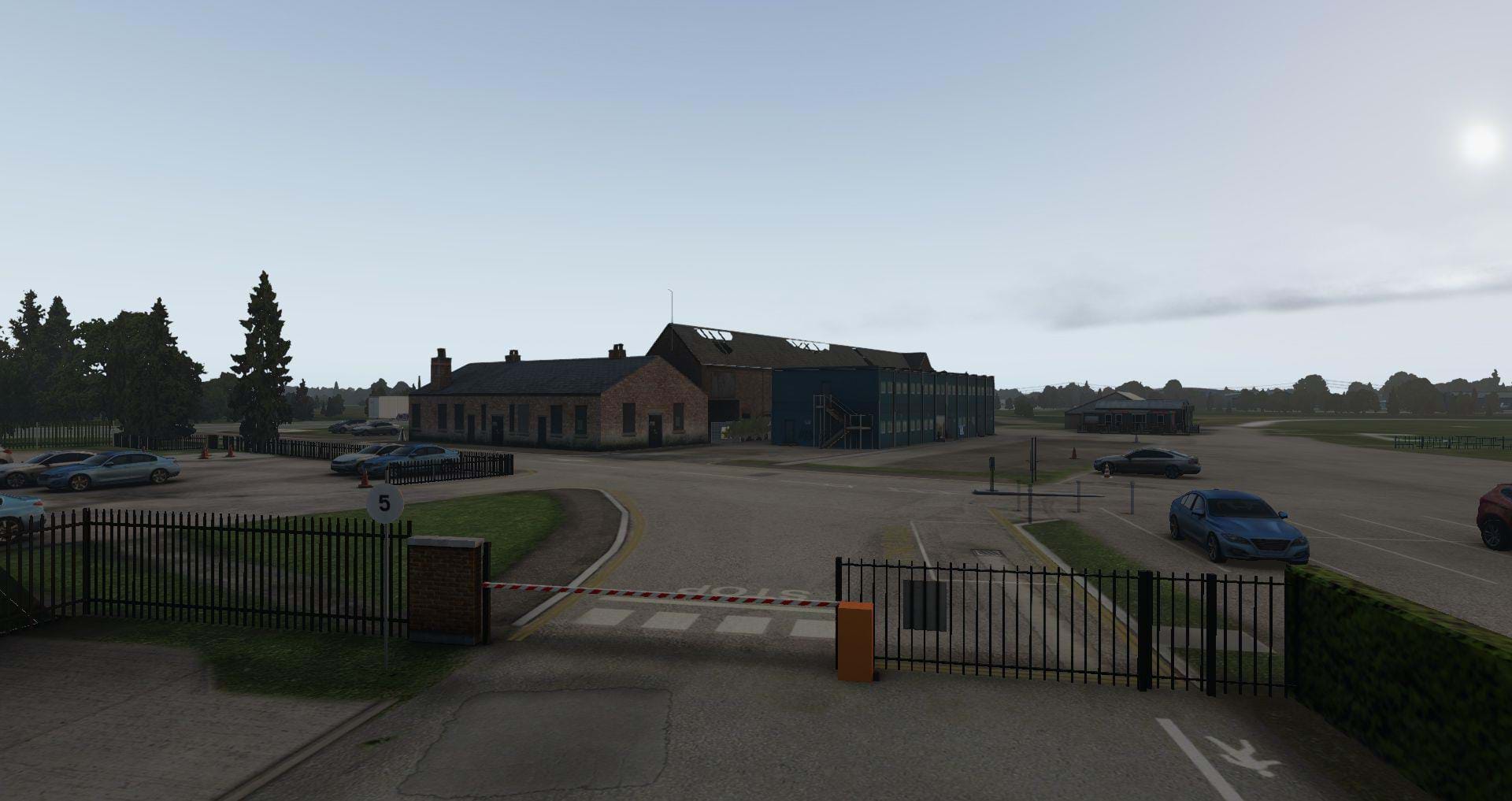 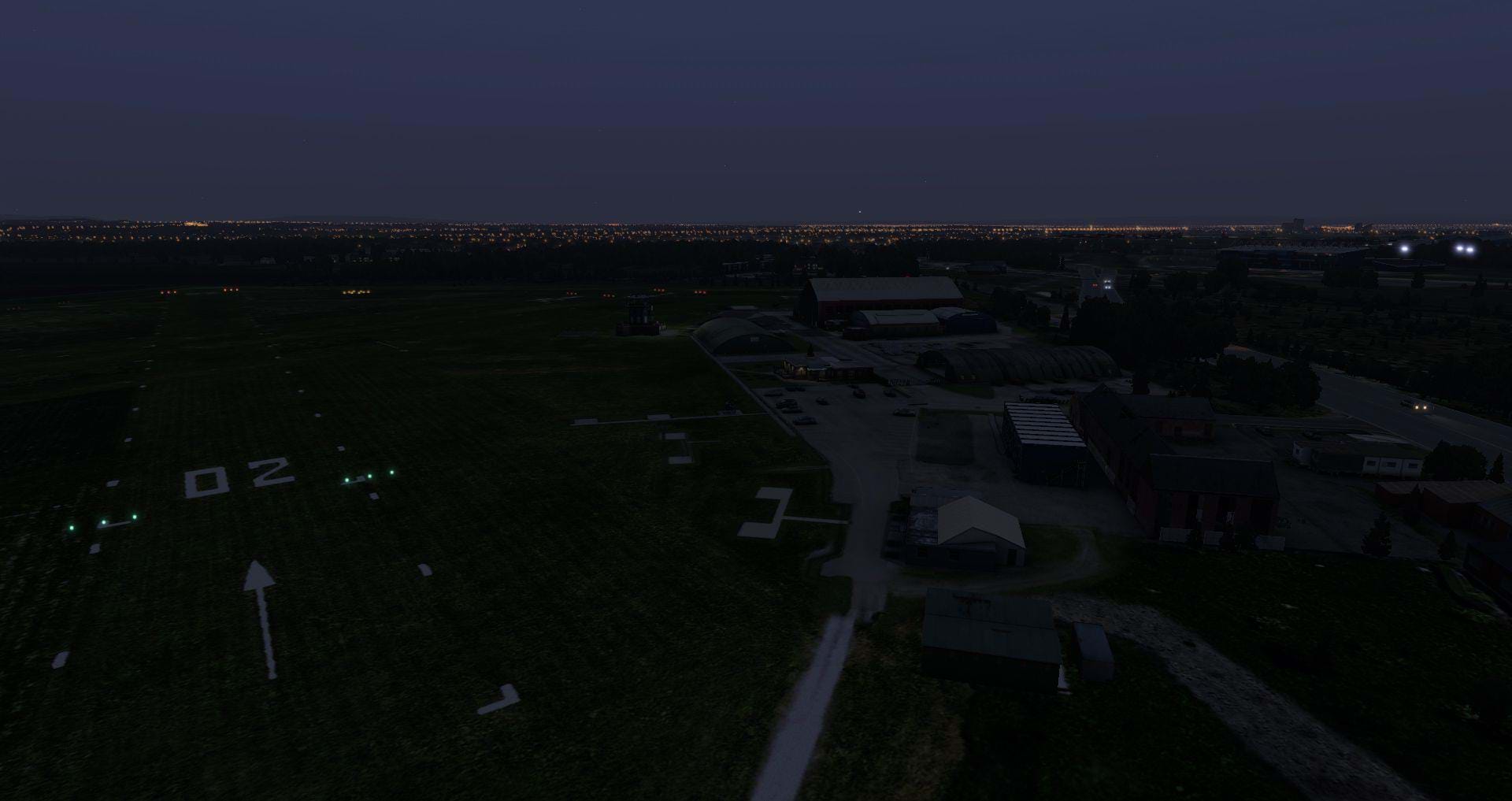 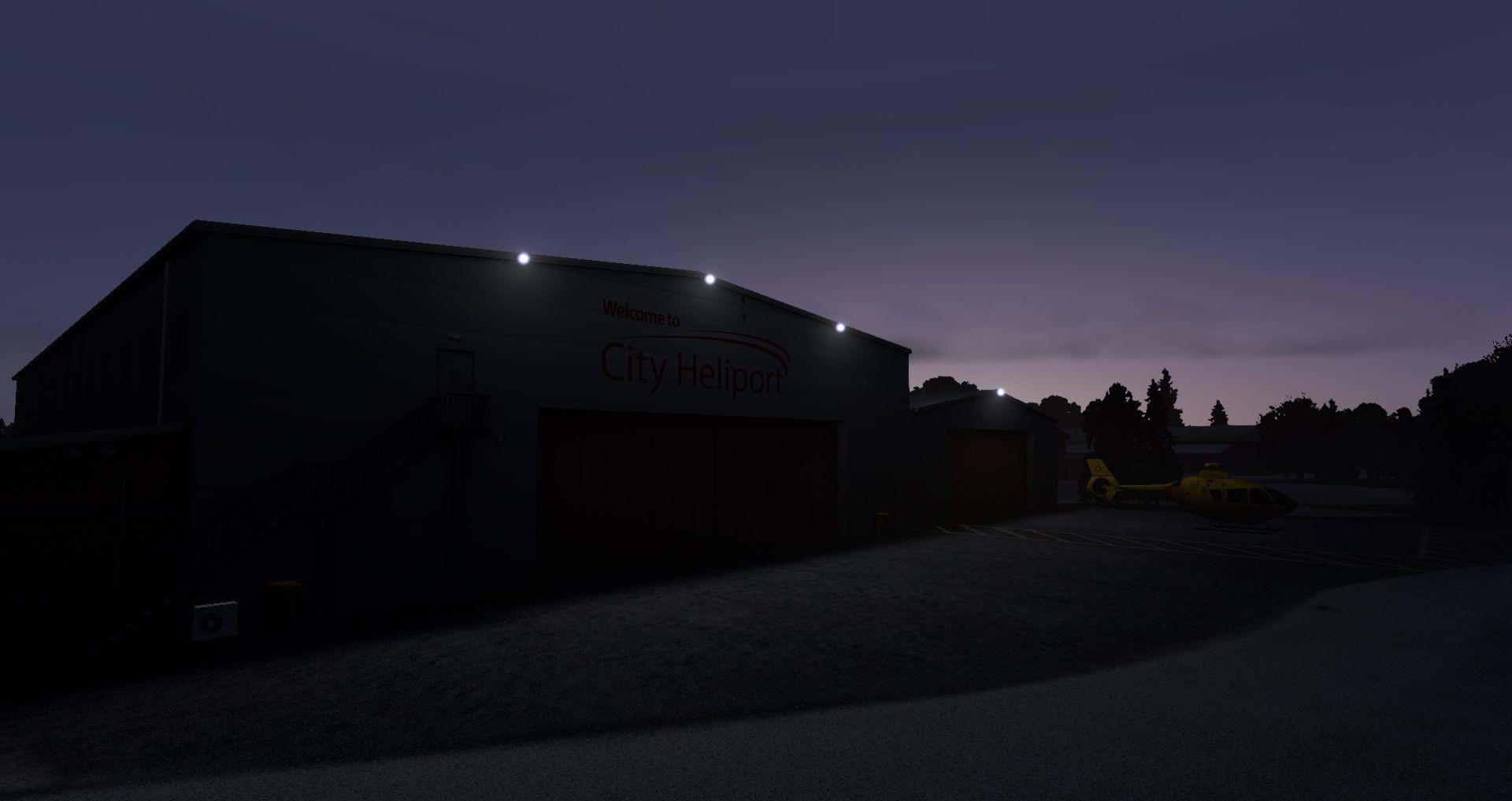 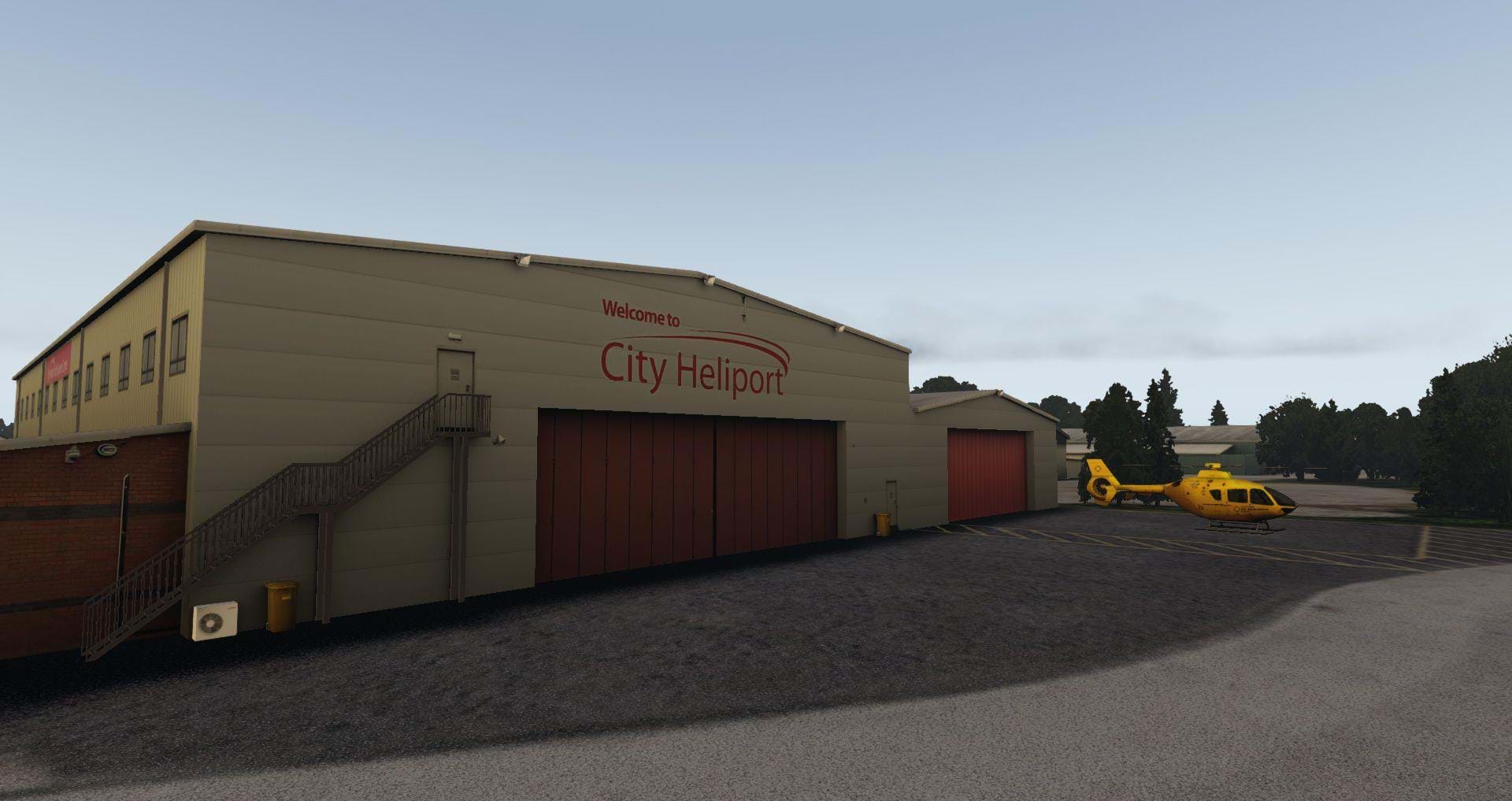 Installation 10
Model 9
Textures 8
Buildings 9
Visual impact and quality 9
Frame rate impact 10
Total score
9.2
* The above final rating is calculated from a weighted average and not the direct arithmetic average. This means that some elements of the review will have a higher influence in the final score than others.
Click here to purchase/download or more information