MP Design Studio continues to be one of the most (if not, THE most) active helicopter developers for FSX and P3D. We took a look at their most recent release: the R44. 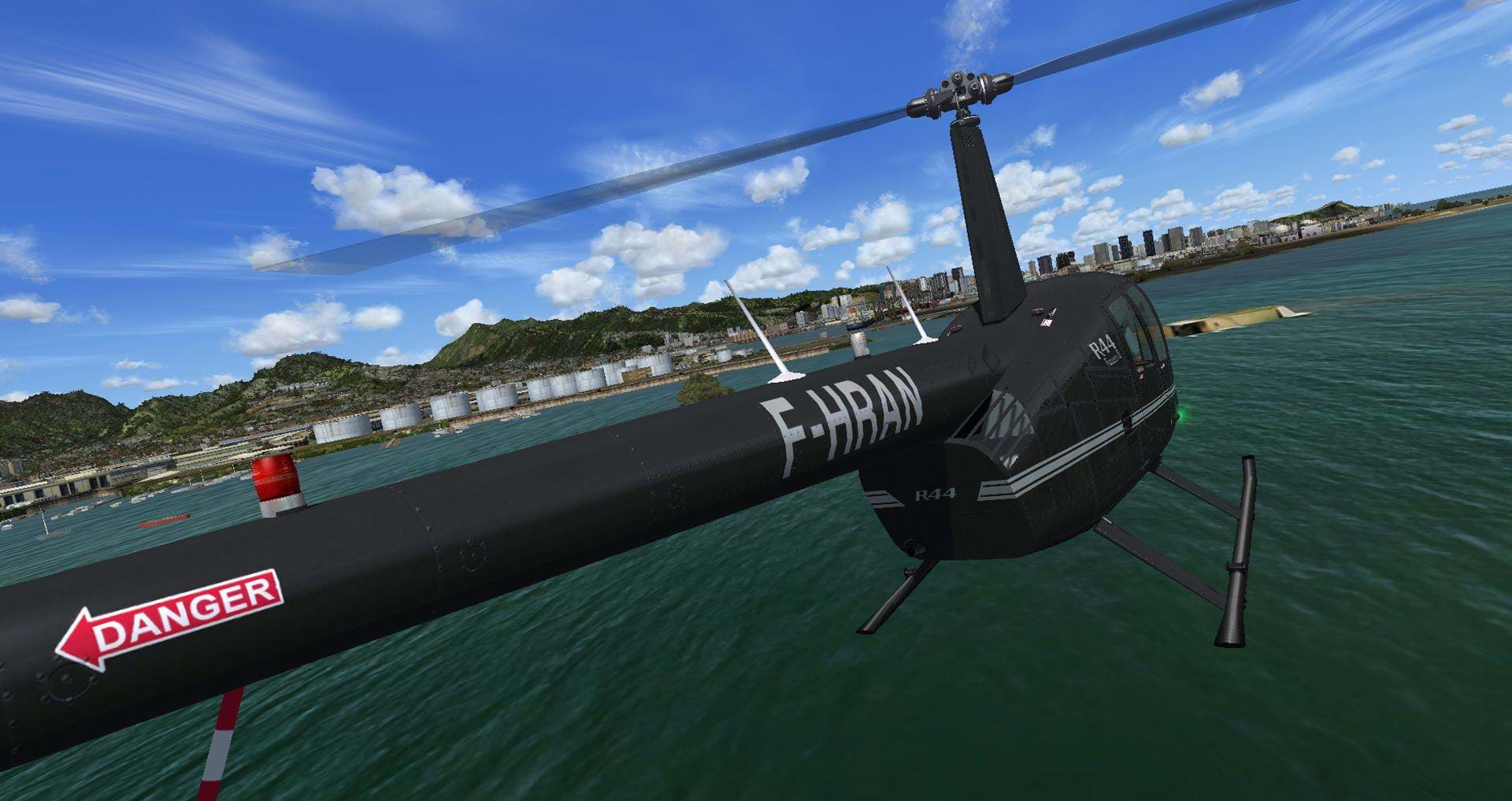 Like it or not, some helicopters became classics in the market and the Robinson like – especially the R-22 and R-44 are among the most well-known and used helicopters out there.

MP Design Studio took the chance and made the bigger brother, the R-44 available as a payware addon for FSX and P3D. I wanted to take a look at it for some time already and I finally managed to sit down, reinstall my P3D copy, and get to it.

The installation is simple. You get an installer when you purchase it. Just run it and follow the wizard. Simple as that. 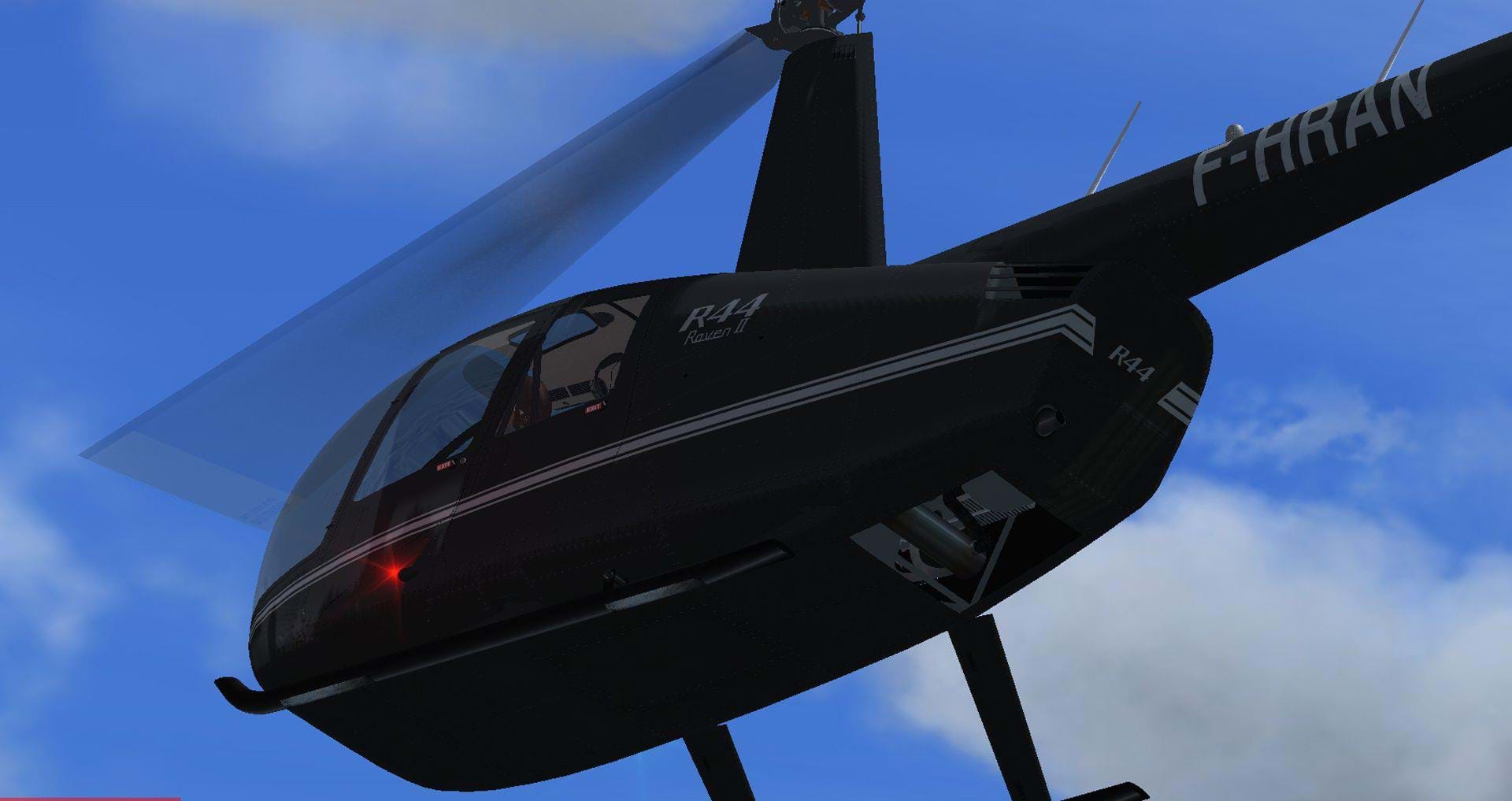 MP Design Studio usually does a decent job with their modelling and textures and this is no exception.

The R-44 is well modelled – although not entirely perfect but no 3D model is – and the textures are fairly decent. If you use other MP Design Studio models, you won’t have any surprises here. 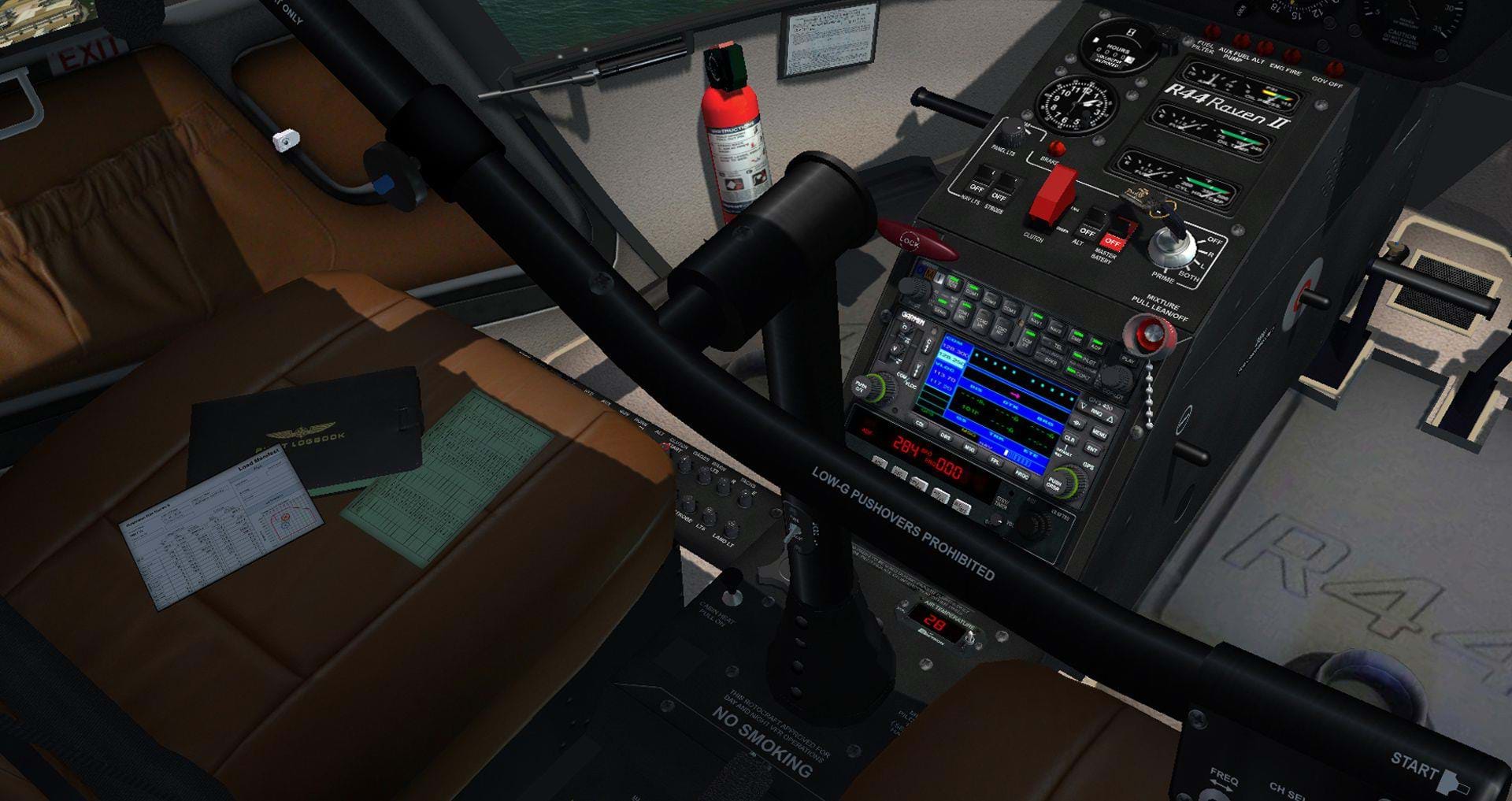 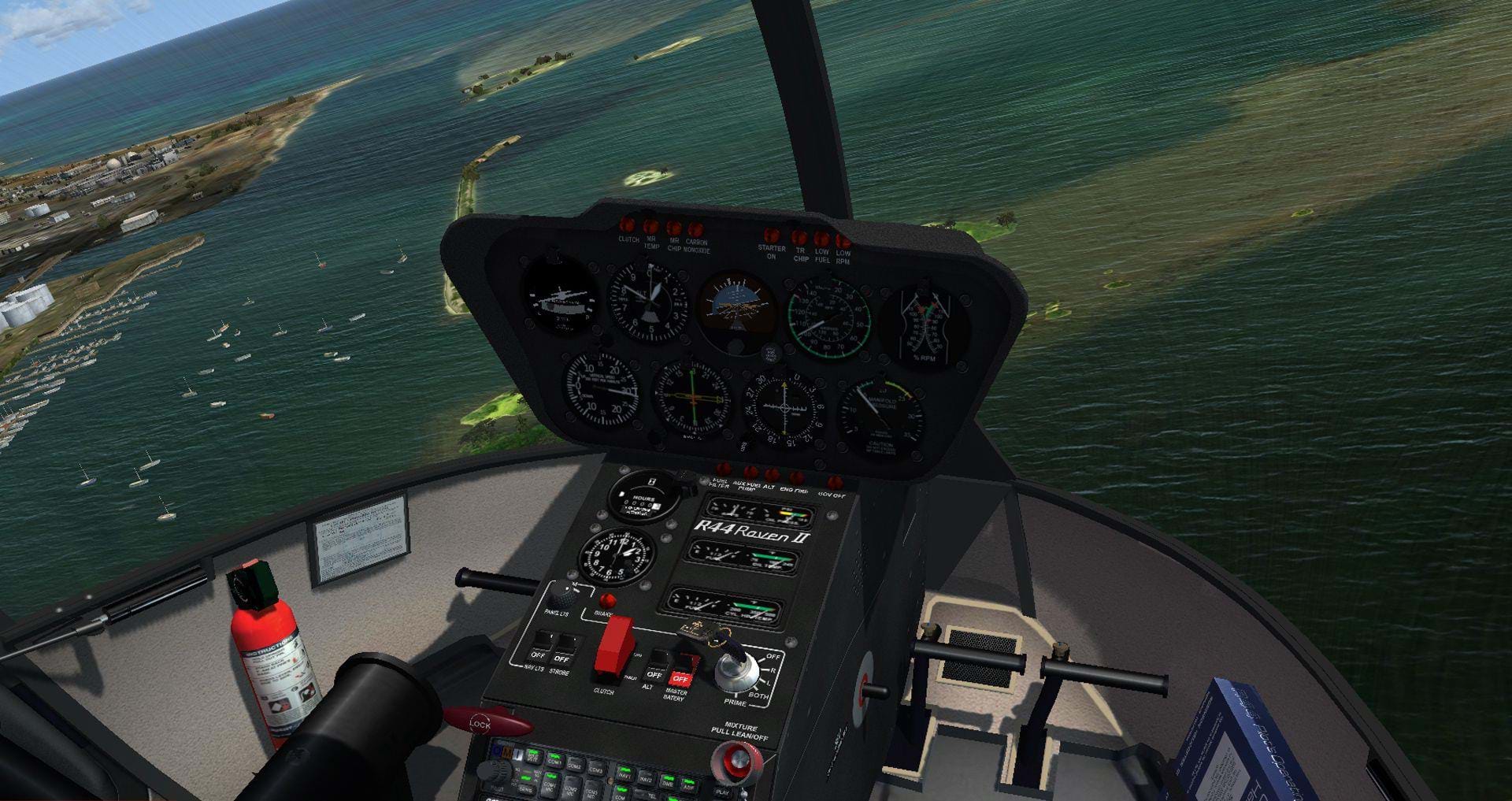 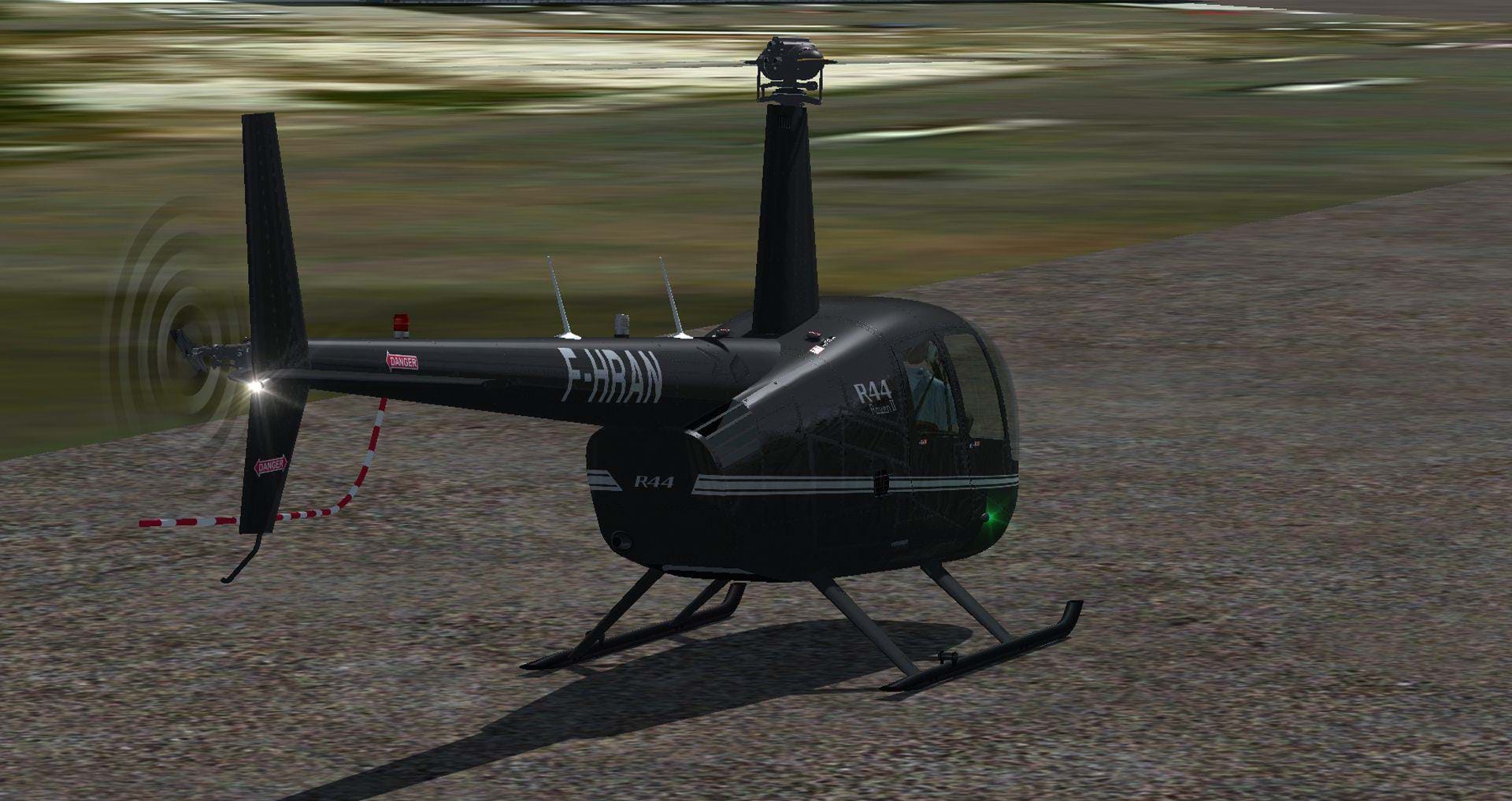 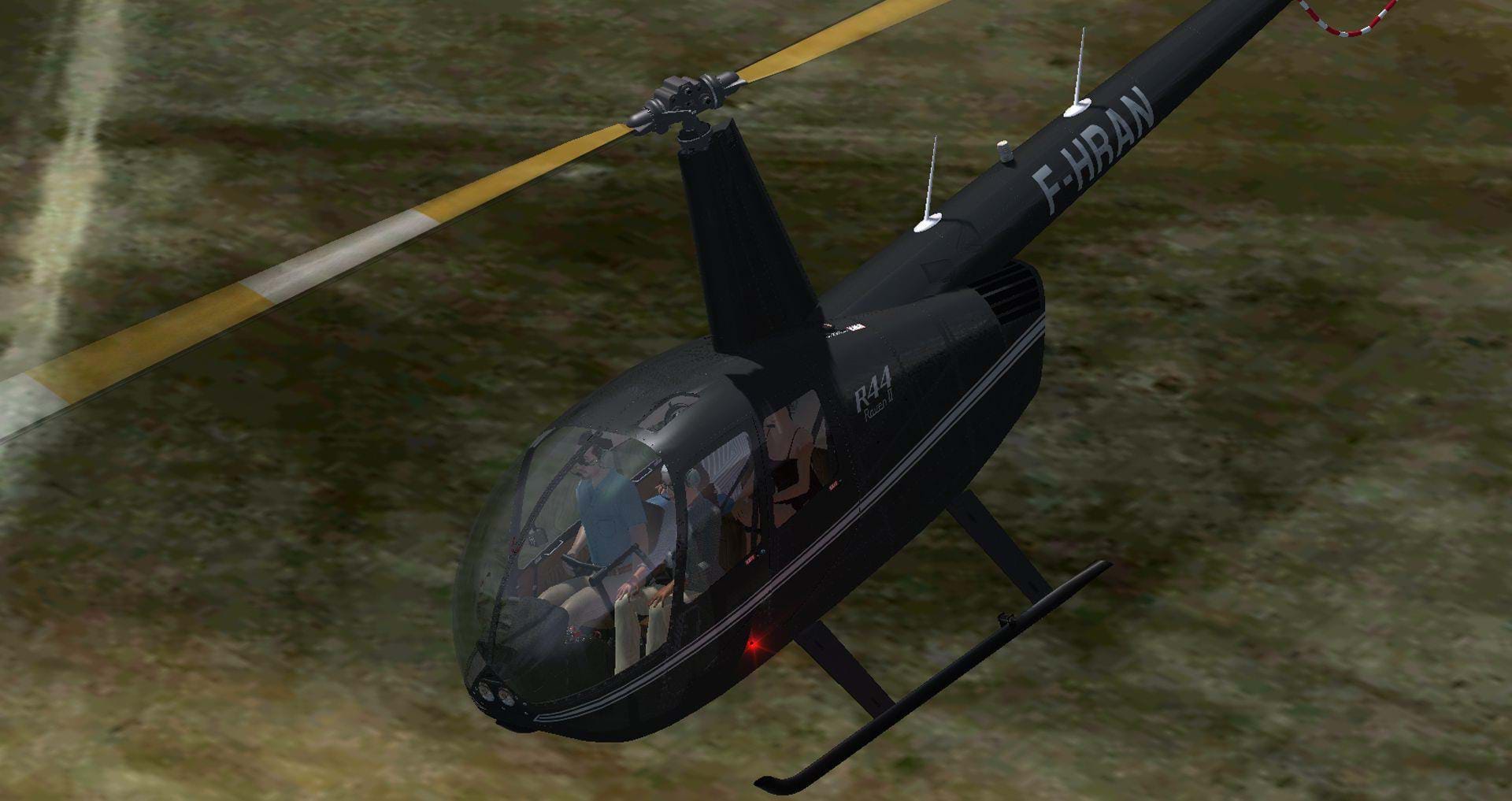 They are not brilliant, but they are well done and fulfill their role.

The R-44 is not a complex helicopter. Its systems are quite simple and it’s a very raw type of aircraft.

The systems work nicely although I had some issues with shutting the helicopter down as the rotor disk didn’t stop and the sounds kept on going, even if I couldn’t fly and P3D kept telling me my engine was off.

Trying to restart it didn’t work either but after restarting my flight things went back to normal. I never managed to do a shutdown / restart sequence though.

There’s a small detail that I wanted to add as a “system” which is the string in the glass. MP Design Studio added it to their model, which is a nice touch, but the animation is not the best. It does its job, though.

The MP Design Studio R-44 sound is a bit low and has this constant “blade flapping” sound that gets worse when you do something where the blade flap should be evident. It sometimes sounds like someone’s hitting a pan with a wooden spoon.

The startup and shutdown sounds are also very loud when compared with the regular working sound which is very shy with the exception of the beforementioned blade flap.

As I mentioned before, even after shutting down, I could hear the engine running. Odd.

The flight model is something MP Design Studio has been trying to improve and bring some breakthroughs, but the fact is that I have not, personally, managed to have the effects and dynamics advertised by the team. As haven’t other users I’ve asked (some of them collaborators of HeliSimmer.com).

As much as I love companies and teams trying to improve and break barriers, the truth is that, very often, technology eventually prevent us from doing so. This is very much true for the helicopter flight model and why Fred Naar has released HTR [ https://www.helisimmer.com/downloads/fsx/tools/htr-helicopter-total-realism-1-6] years ago.

The same is happening with the R-44. A lot of the features indicated by MP Design Studio are flawed for me. This forces me to consider that it “doesn’t work as advertised”. 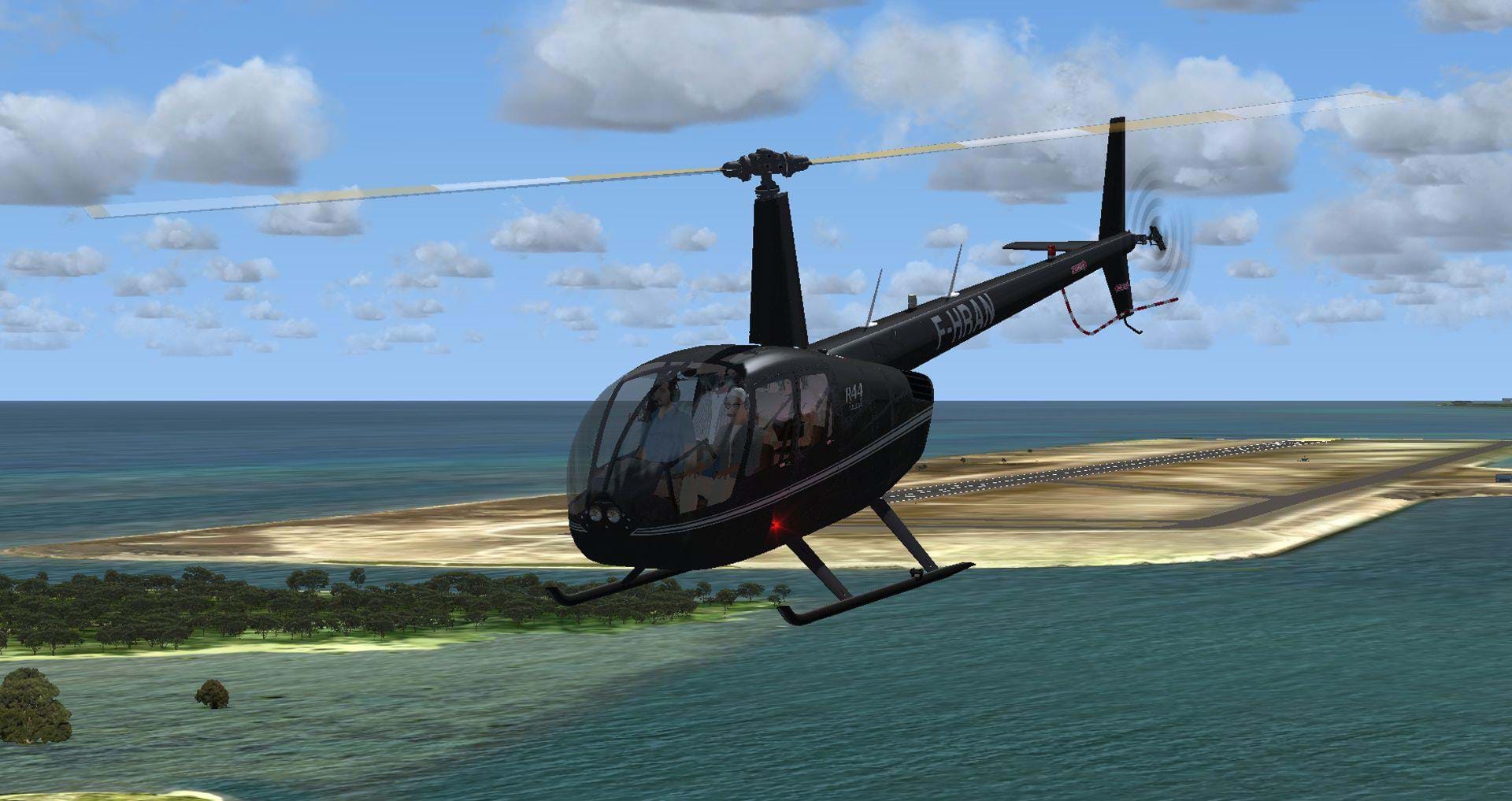 Don’t expect something in the lines of sims such as DCS, X-Plane or the amazing Aerofly FS2 R-22. Expect it to be what it is: a P3D helicopter. Period.

And I’m not saying that as a bad thing. If you see it as what it is, you’ll get to enjoy it. If you get it for the features list, you may get disappointed.

Just enjoy it for what it is.

The MP Design Studio R-44 works nicely in VR but the camera/head position is placed a bit to the aft side of the cockpit – making it harder to read the panel.

It’s an odd position but it doesn’t compromise the use in VR. And you can always cheat and place yourself so that when you reset the view, you are placed correctly.

Just like with the other MP Design Studio helicopters [], you should not be getting this helicopter because of the flight dynamics feature list.

If you want to get it, do it because it’s a nice helicopter for P3D. Period. Chances are that the features will not work for you and you may feel like something is wrong or even “cheated”.

The MP Design Studio R-44 is a nice model for P3D and if you don’t have it and are looking for a new helicopter, you should get it. The R-44 is a helicopter you see a lot at airfields and heliports, because they are somewhat of a “people’s helicopter” (kinda like the old Volkswagen Beetle). You should see it (and fly it) more often in your sim as well.

Do note that it has a few issues, especially on sound and systems. If you are looking for a new nice little helicopter to have some fun flying around, though, and you are a fan of the Robbies, this can be a nice purchase for you.

Installation 10
Model 8
Textures 7
Sound 6
Systems 7
Flight dynamics 7
Total score
7.3
* The above final rating is calculated from a weighted average and not the direct arithmetic average. This means that some elements of the review will have a higher influence in the final score than others.
Click here to purchase/download or more information