MK Studios has released their rendition of an airport very special to me. LPPT - Lisbon Airport is right at my doorstep. And now in X-Plane. 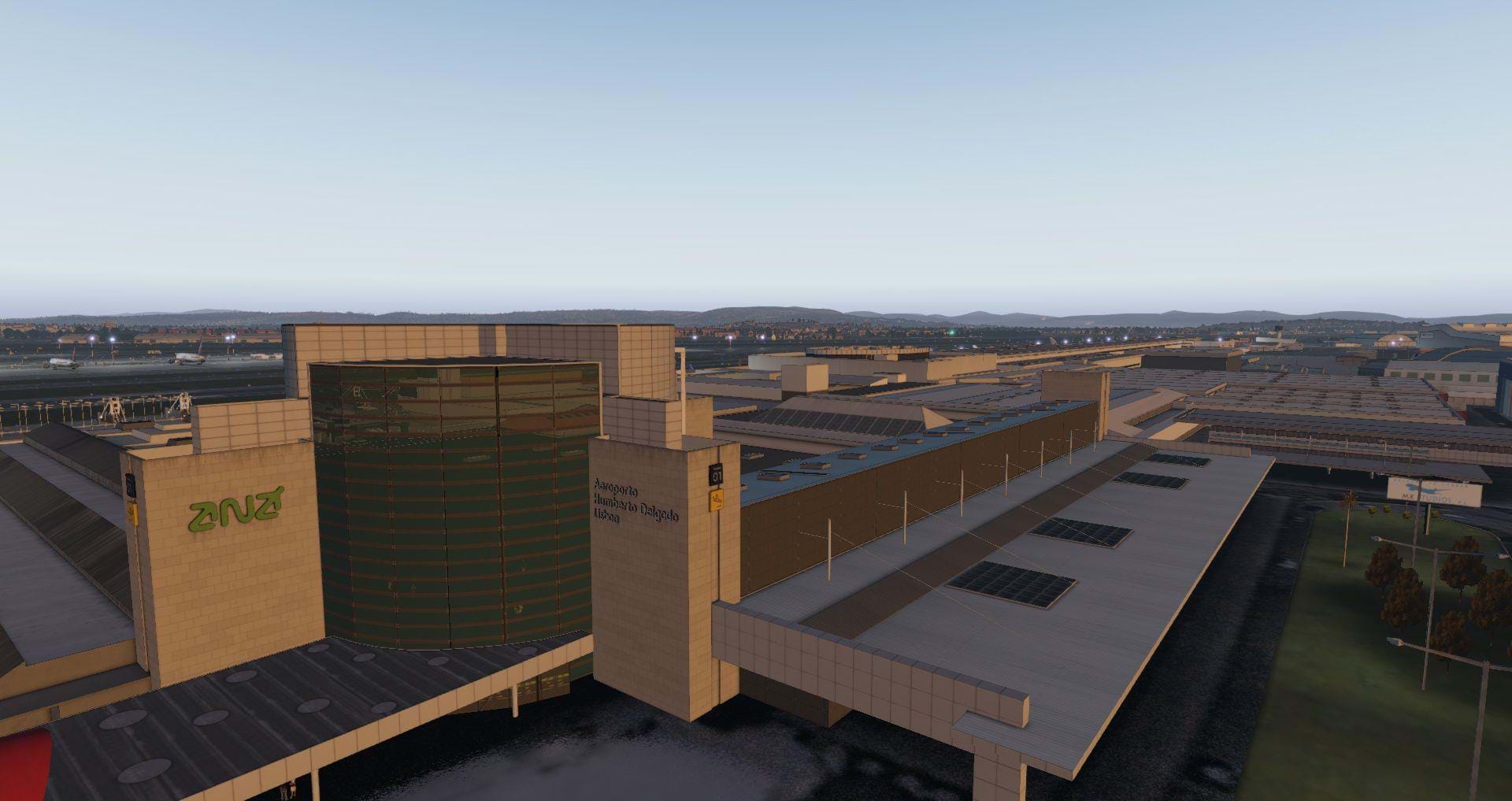 I won’t go into a lot of details about the airport and the city, as you can read all my rambling about it on a previous review so I will stick with some facts that are pertinent to this review.

I would like you to read that other review, though and learn a bit more about the city and the airport. Who knows? You might find it an interesting place to fly at, considering how close it is to the ocean, and being an entrance point to Europe and the North of Africa.

Before we move on, I’d like to explain the process I went through to do this review as this is the main area I use in X-Plane to fly at.

Therefore, I have it pretty much optimized for my needs: custom mesh, Ortho4XP, another company’s Lisbon scenery and some landmarks.

For this review, used a fresh X-Plane installation and only added the custom mesh and Ortho4XP as well as the Cascais (LPCS) airfield. All the screenshots you’ll find in this article includes these (with the exception of Cascais, of which I didn’t flew nearby).

Nothing special here. MK Studios built a very simple zip file with a single scenery folder. Copy it to your X-Plane Custom Scenery folder and that’s it. 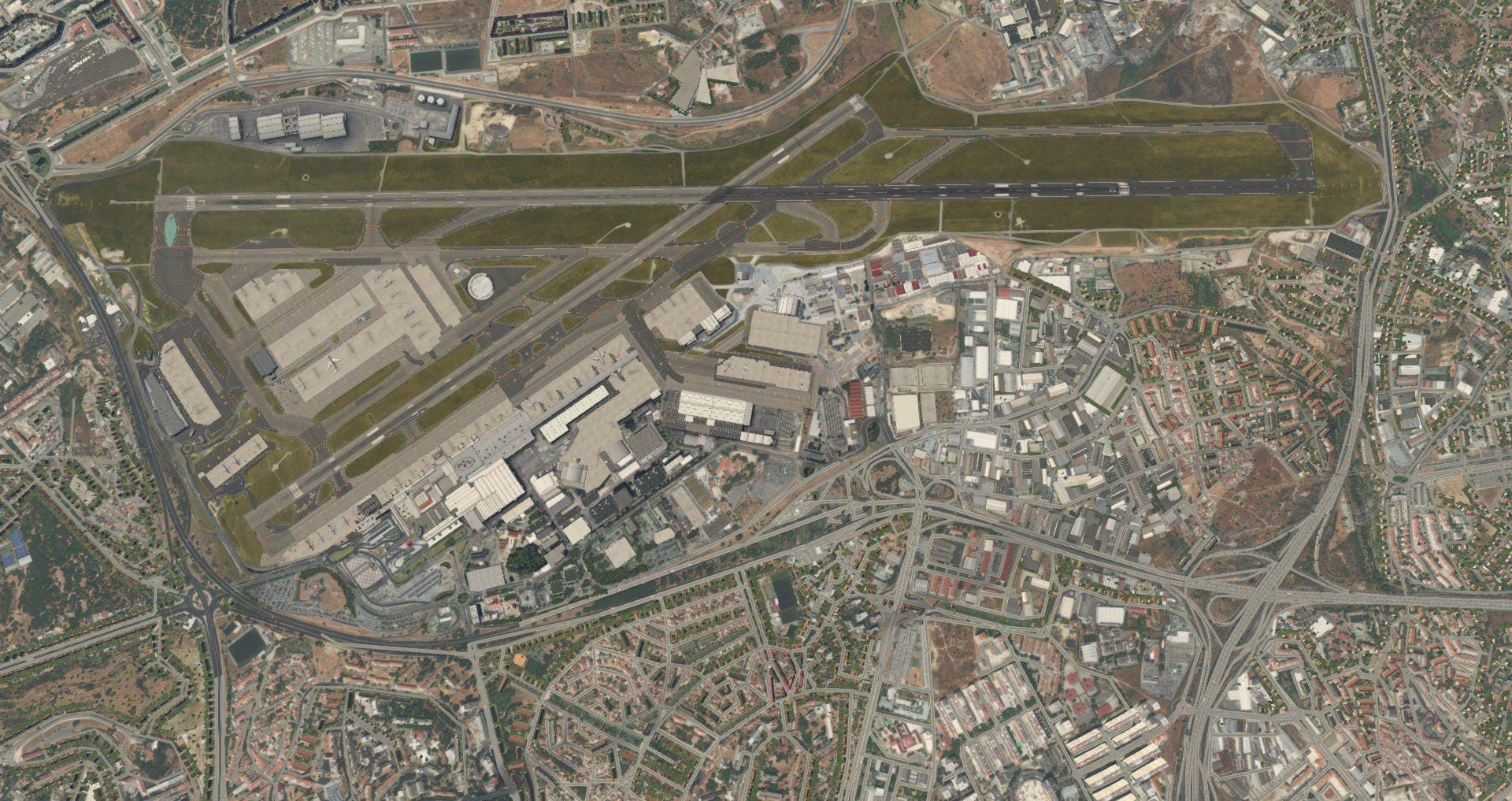 MK Studios is known for their amazing airport work. The Lisbon Airport is not an exception. They did a remarkable job with all the details, as expected.

This is not the first work of MK Studios around the Lisbon Airport (which is actually called the Humberto Delgado Airport). In fact, they released a P3D version some time ago and the conversion was made by Windsock Simulations. The team took its time to convert their work to X-Plane, using the sim’s technology to make it a full rendition, worth of the sim. And it shows. 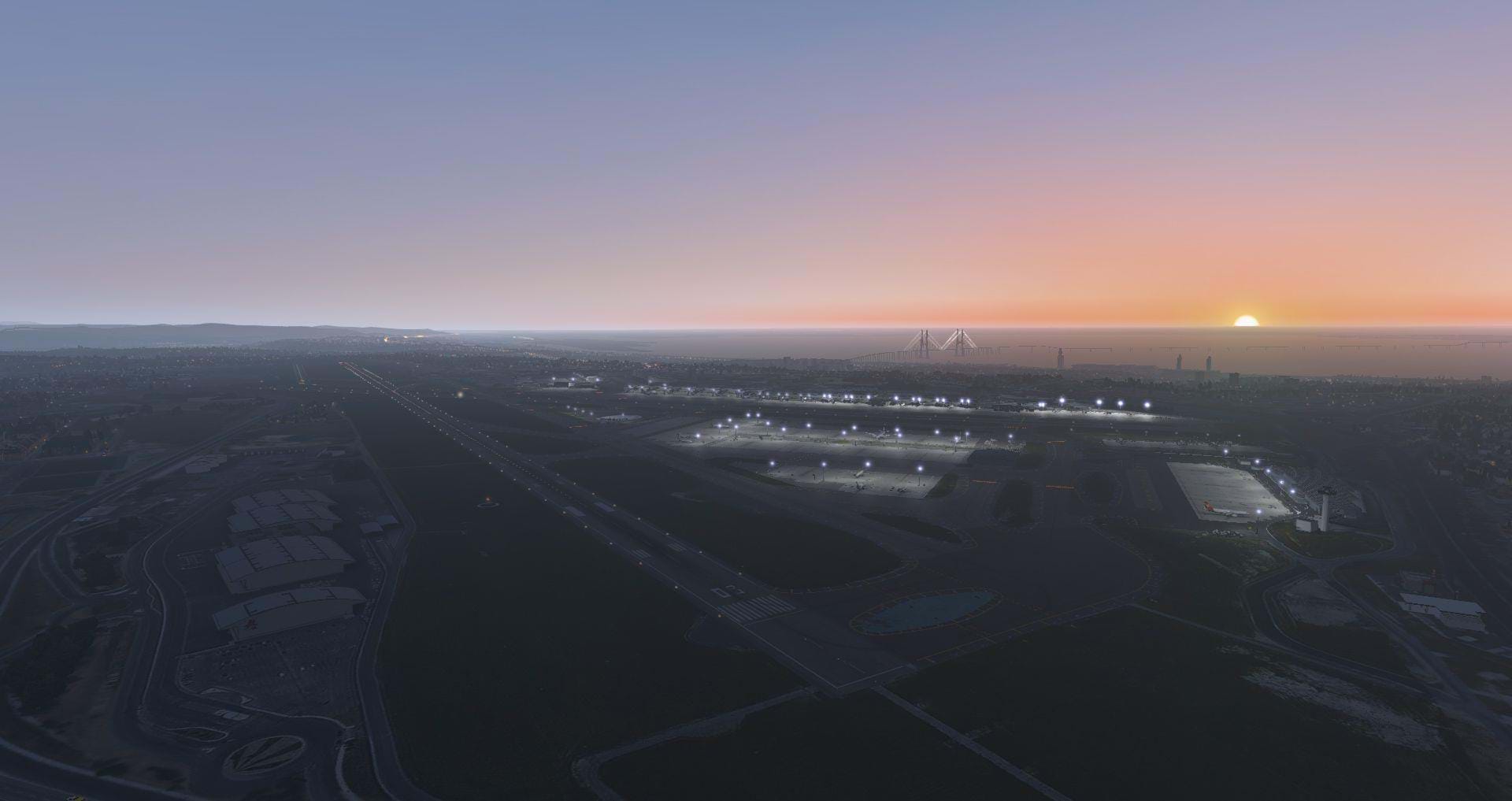 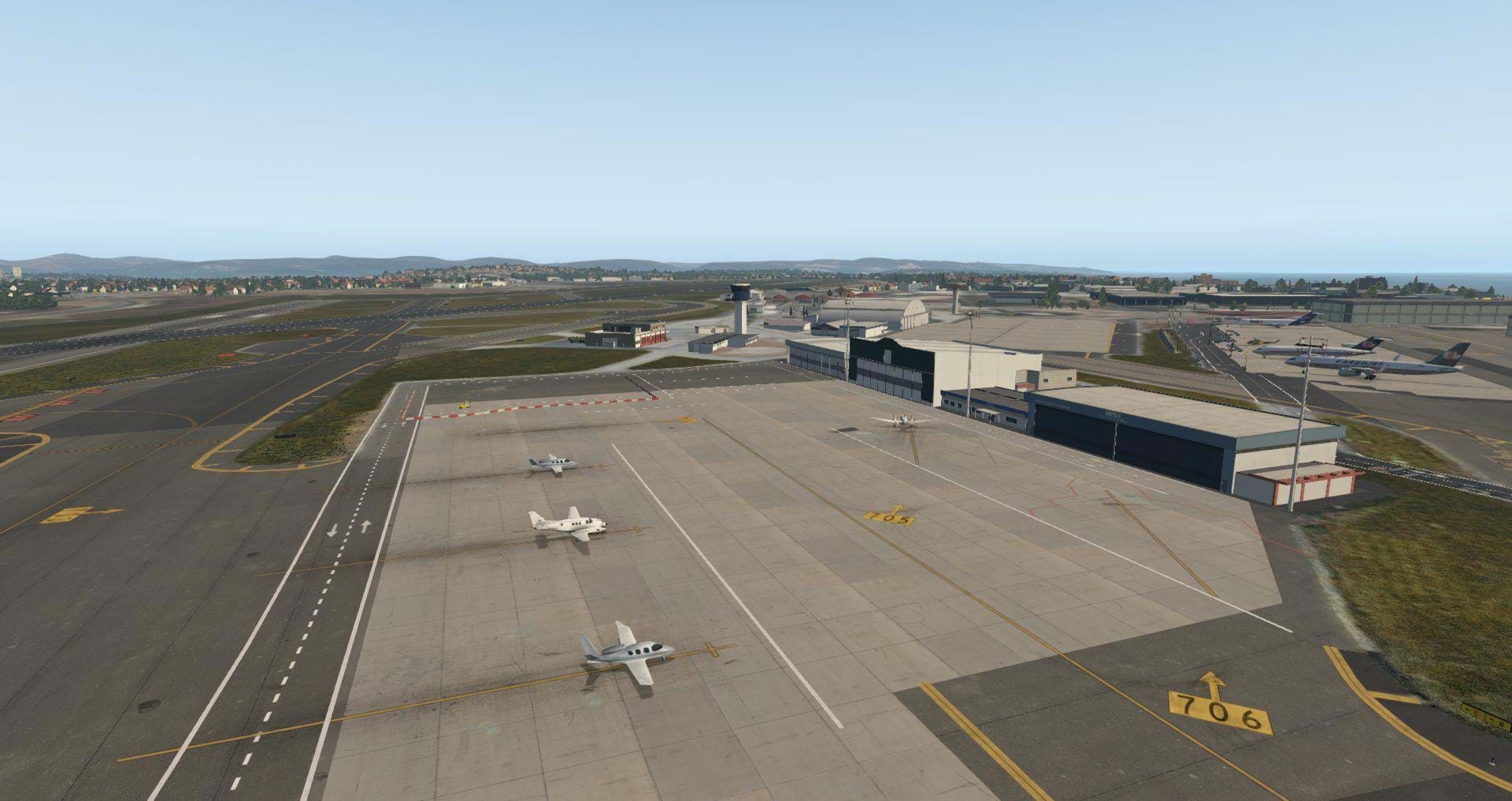 MK Studios added quite a few details to the airport that not only makes it more similar to the real deal but it also adds a bit of life to the airport (such as support vehicles).

There are a few small details that only the people that know the airport will notice – and you’ll need to be looking for them – such as some fences and other stuff that it’s really not that important. Everything that matters is there: all the gates, parking places, taxiways, etc.

The military portion of the airport is also present, although I would like to see some military aircraft (at least one) to kind of “illustrate” or provide the right environment to it. 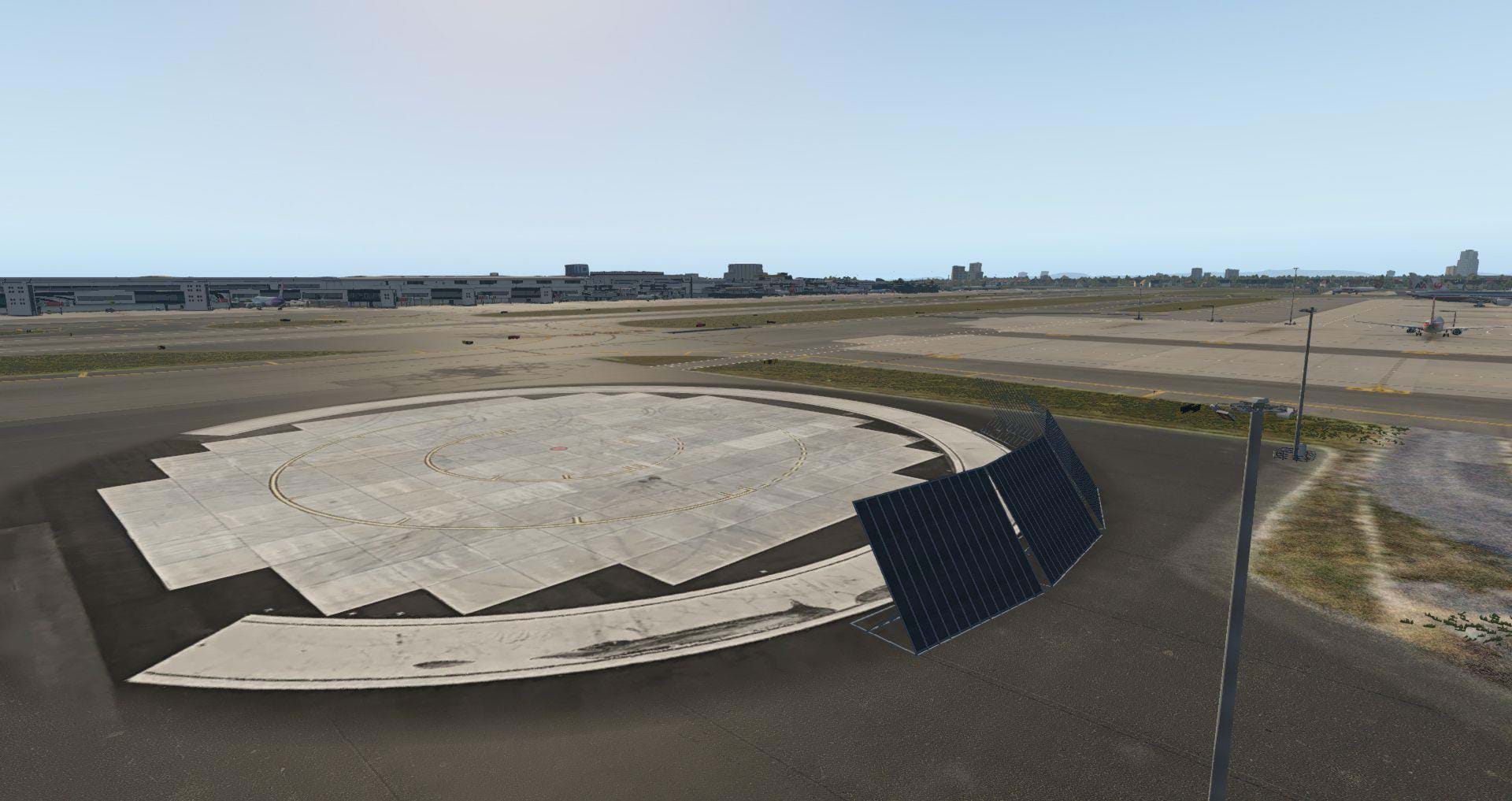 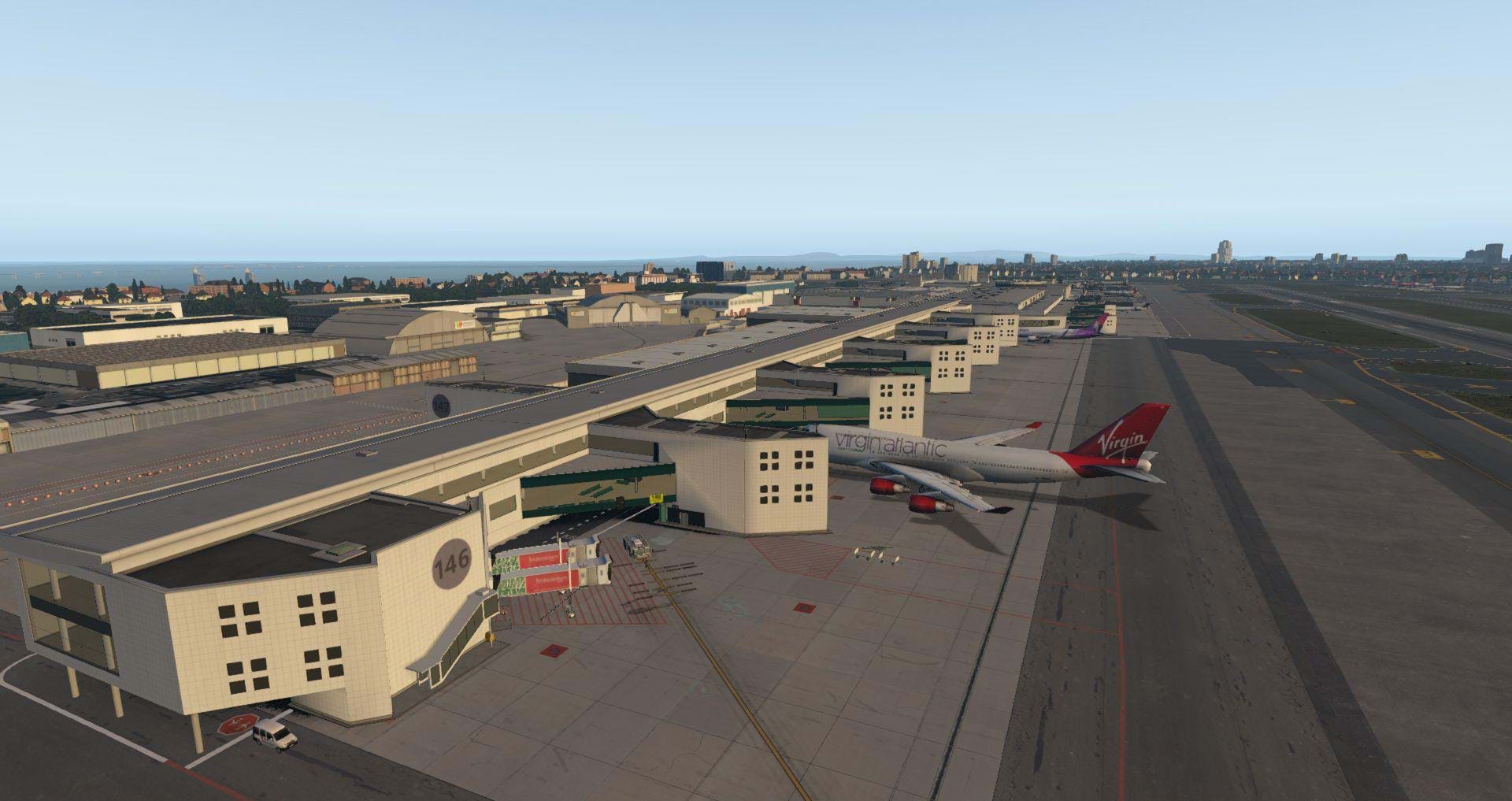 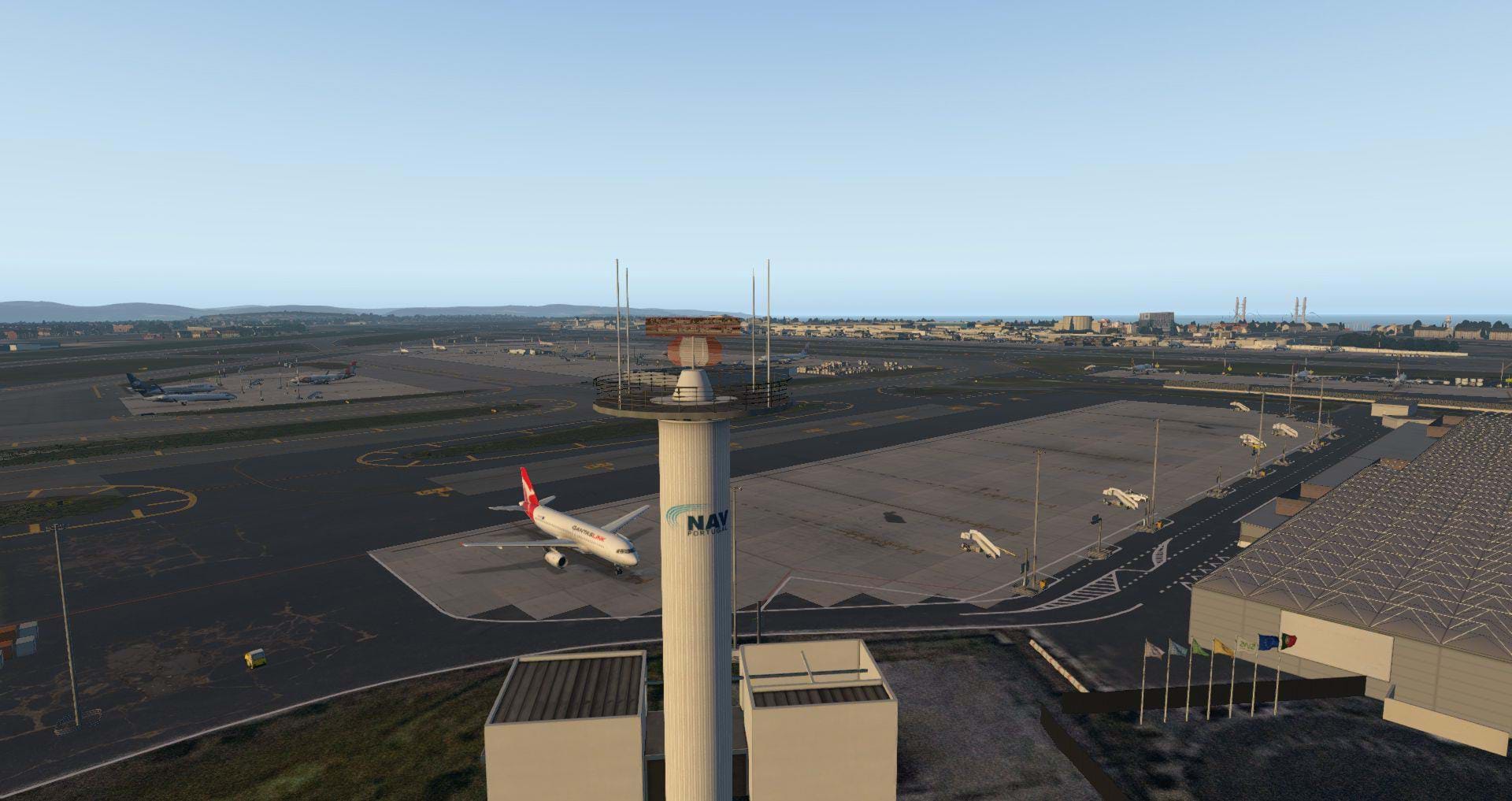 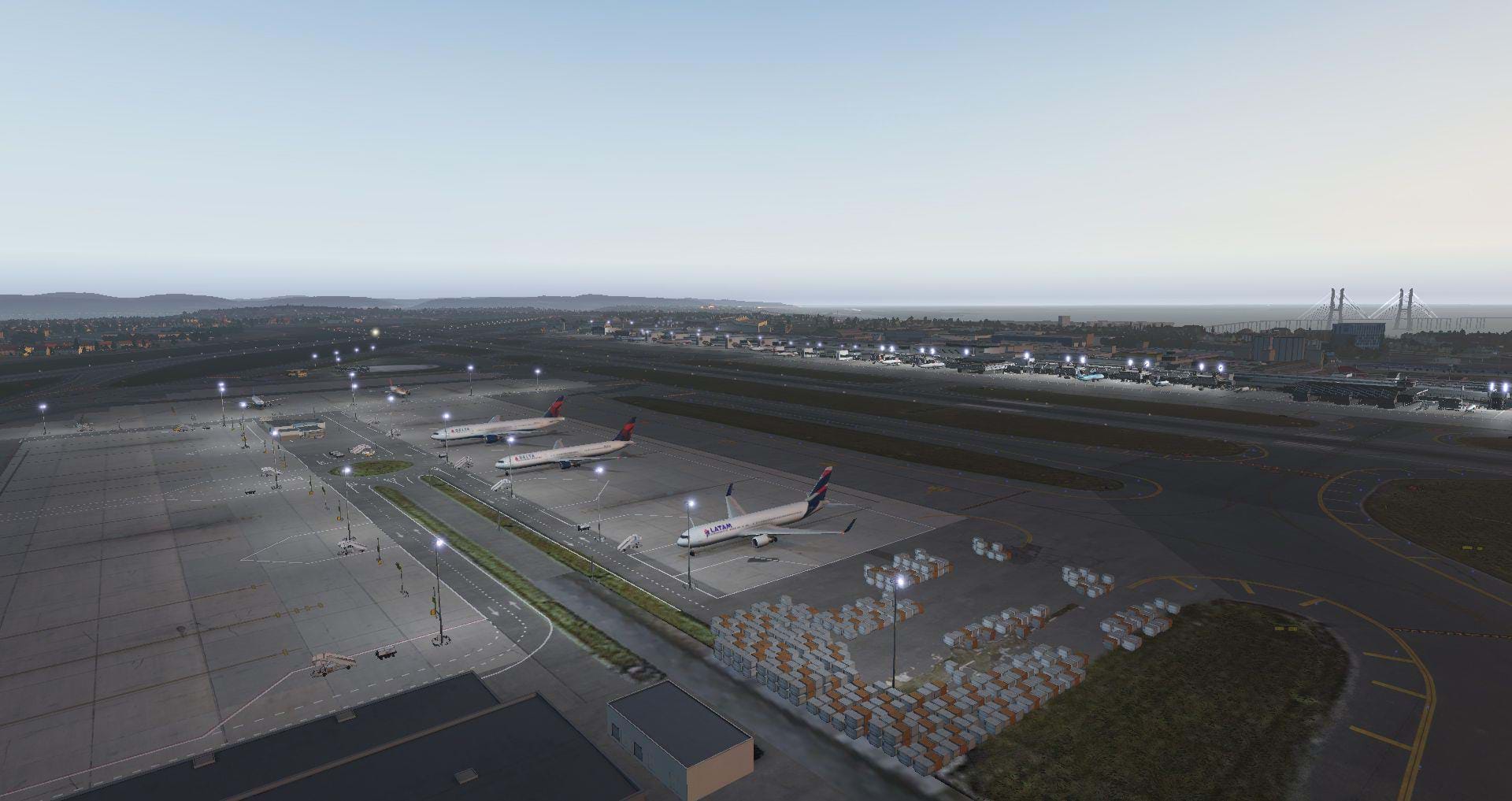 But, like I said, these are just small details that most of the users won’t notice. Helicopter pilots, though, may notice it. 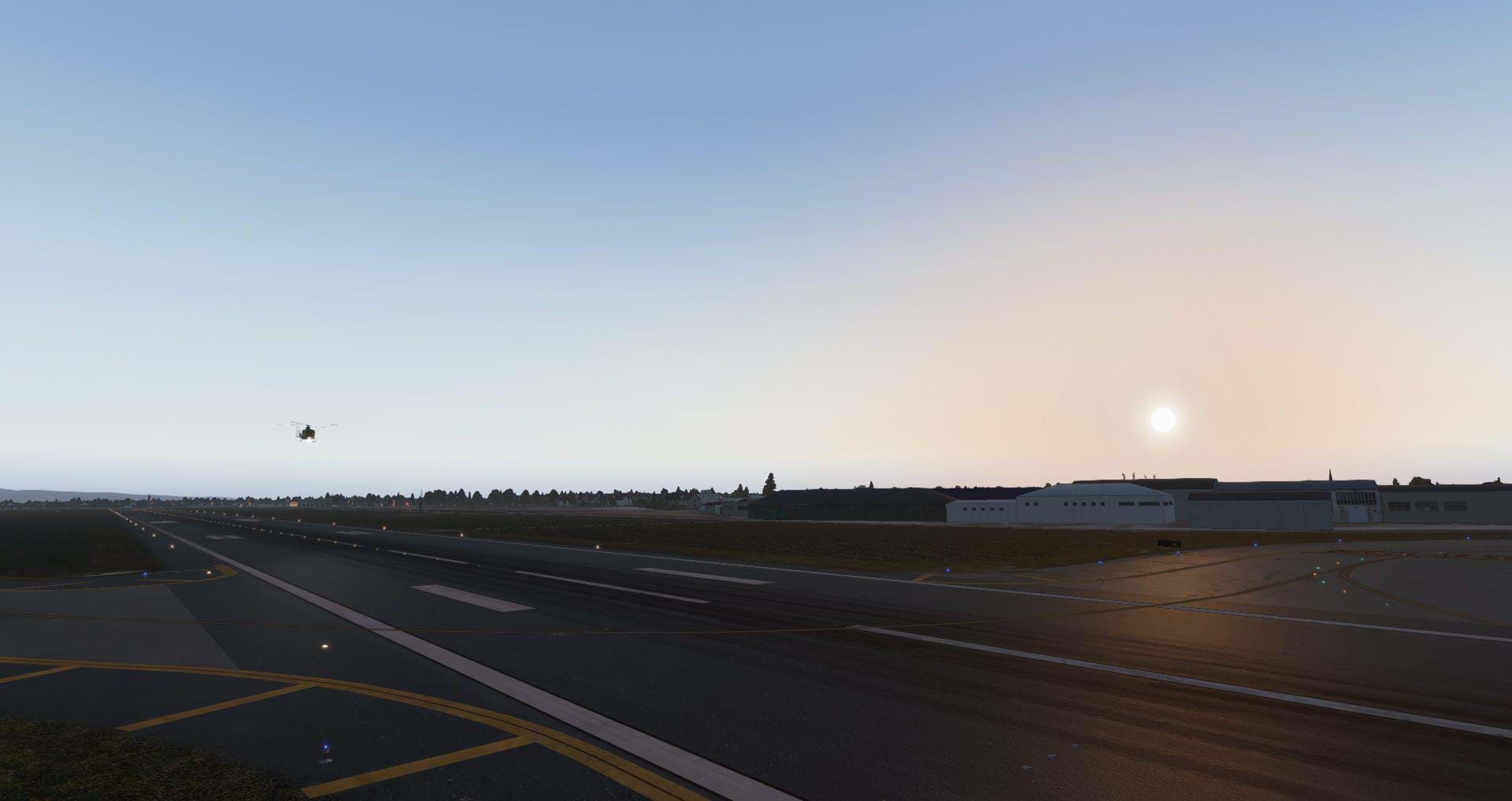 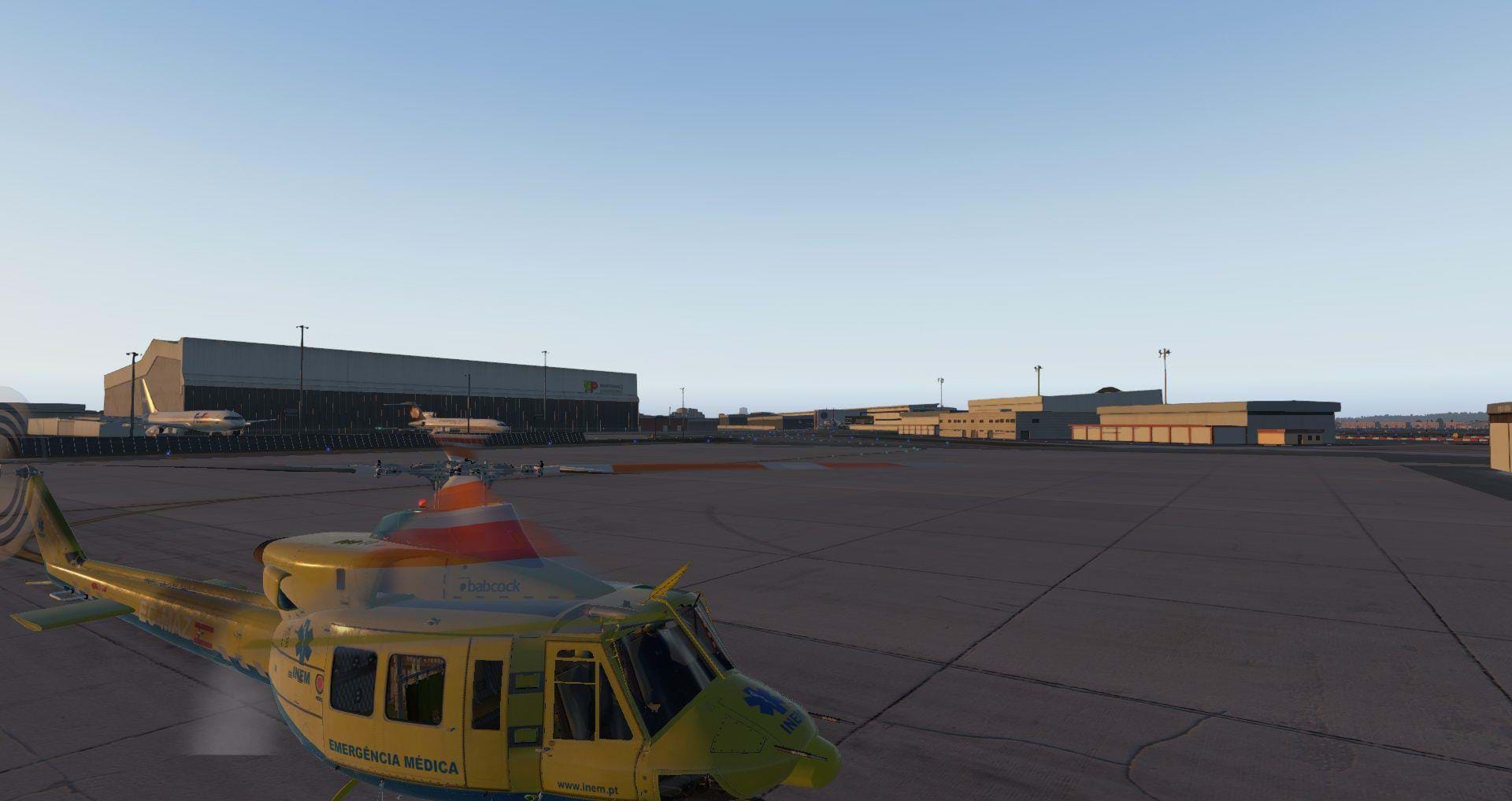 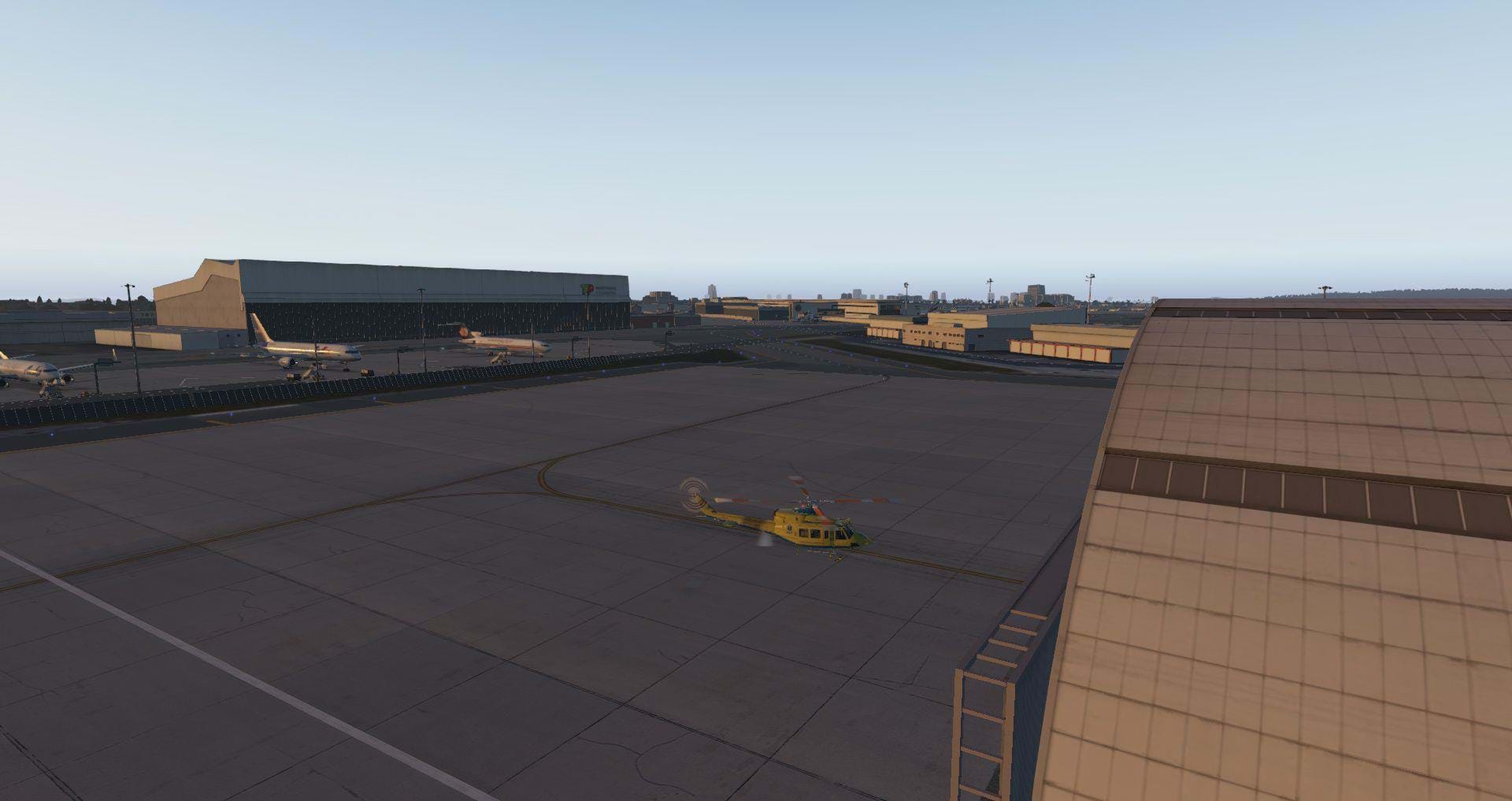 The military portion of the airport (called AT1), is used by both military and the civilian entities for helicopter operations that involve Search and Rescue (which is something only the military do) and Medical Evacuations (both military and civilian).

Landings are usually done in the intersection of runway 03/21 and 17/35 (marked with a symbol on the image below) and then helicopters either hover-taxi (if they are not equipped with wheels). Wheeled helicopters must taxi normally.

They should then use taxiways W2 and W1 to the GA area or the military apron. Medevac and SAR helicopters head out to this apron where they usually rendez-vous with an ambulance. 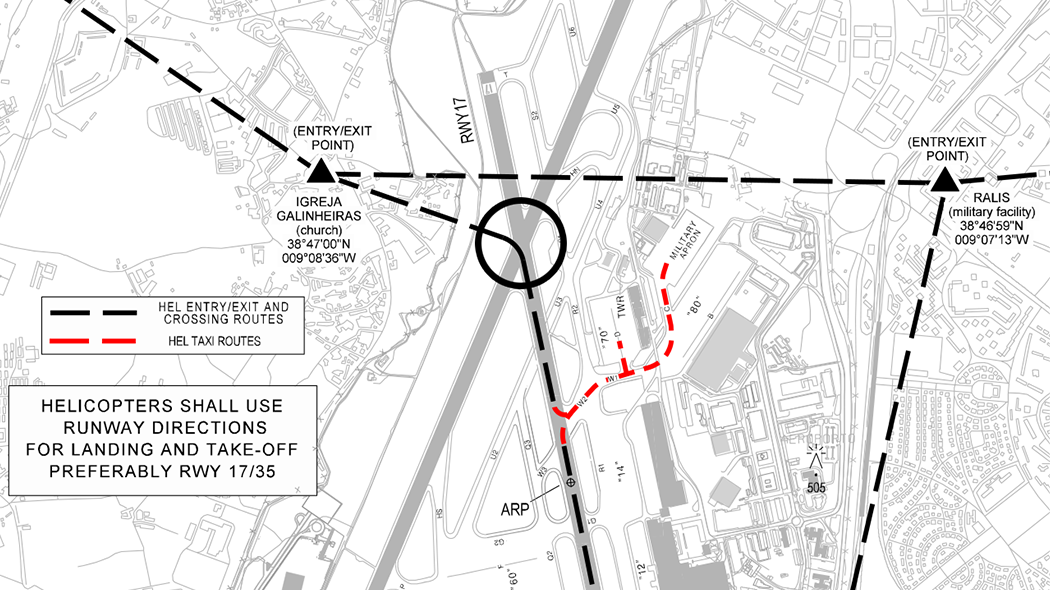 The image above was taken from the airport chart you can find here.

There’s not a lot more I want to say about the airport except that MK Studios did an excellent job. All the airport’s features and buildings are there and, if you know the airport, you should feel right at home.

Kind of a lame review, right? Yeah, I know. Perhaps a bit. But that’s only because the team did a great job and there’s not a lot to say about the airport. Check the features list above, take a look at the screenshots, know that the airport is pretty well done and hey: it’s an international airport and you can do helicopter ops in it. 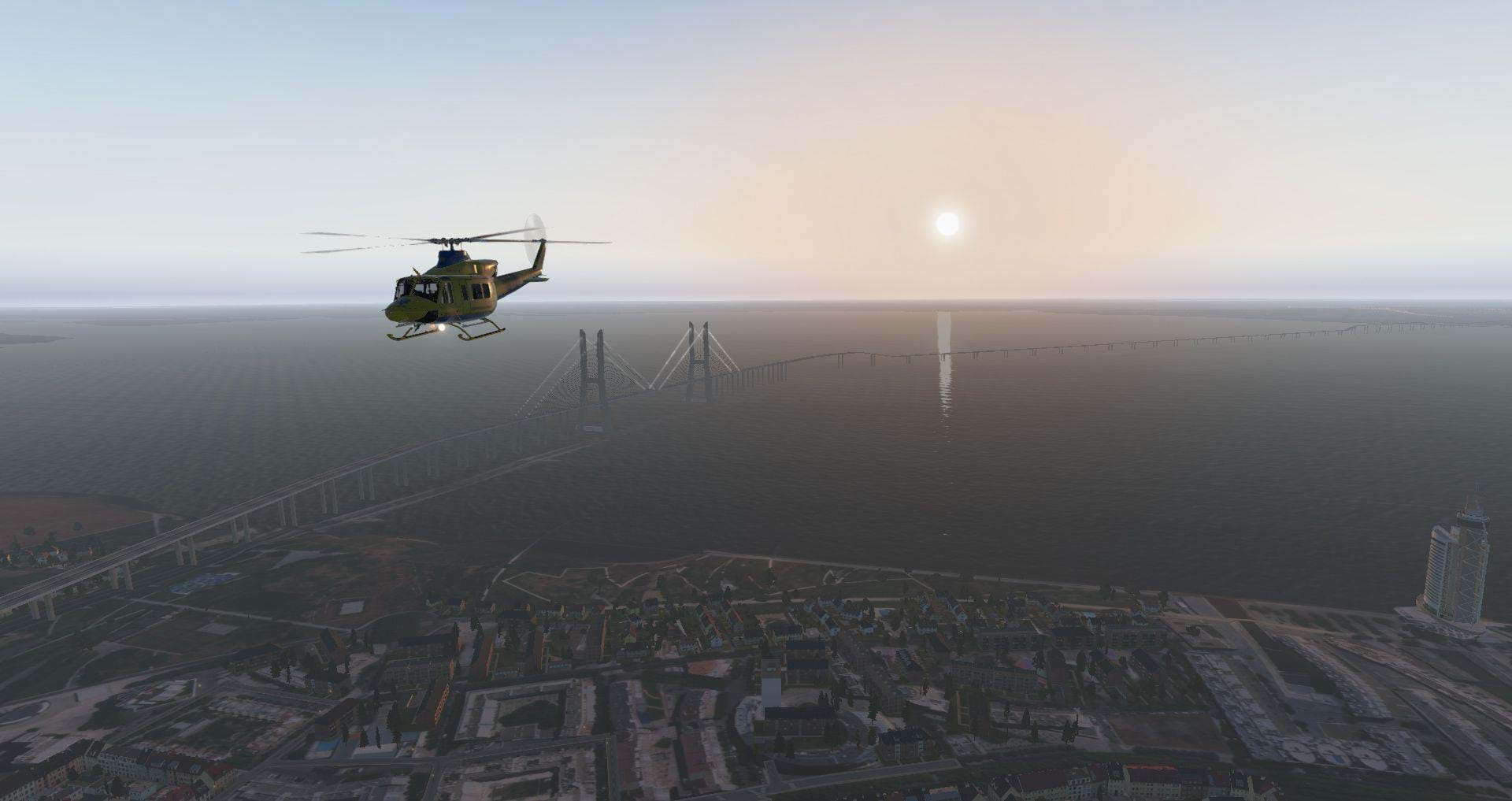 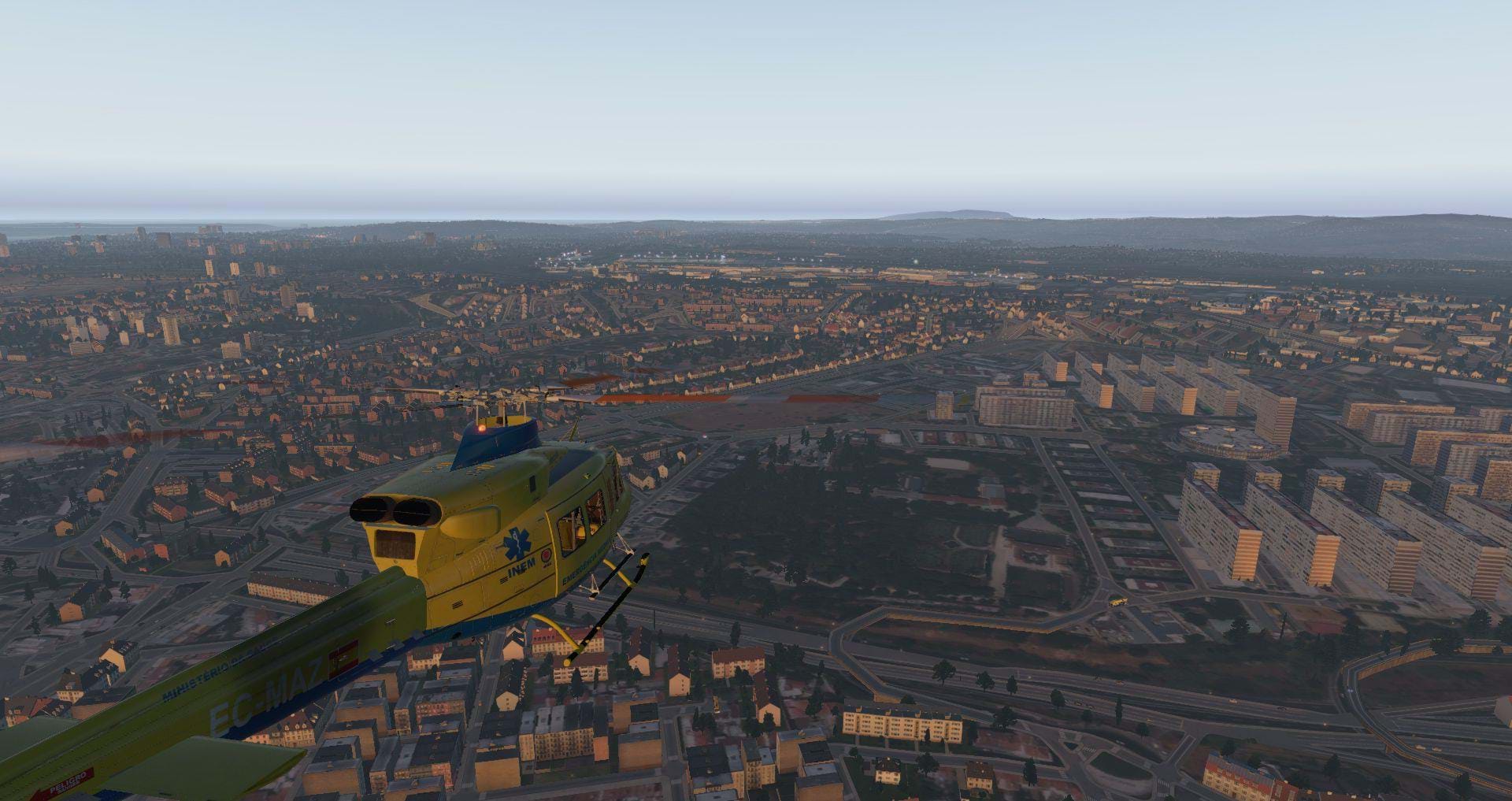 But the scenery has a bit more to offer and I value that as much as the airport itself. Especially after I found a little surprise. More on that a bit later. 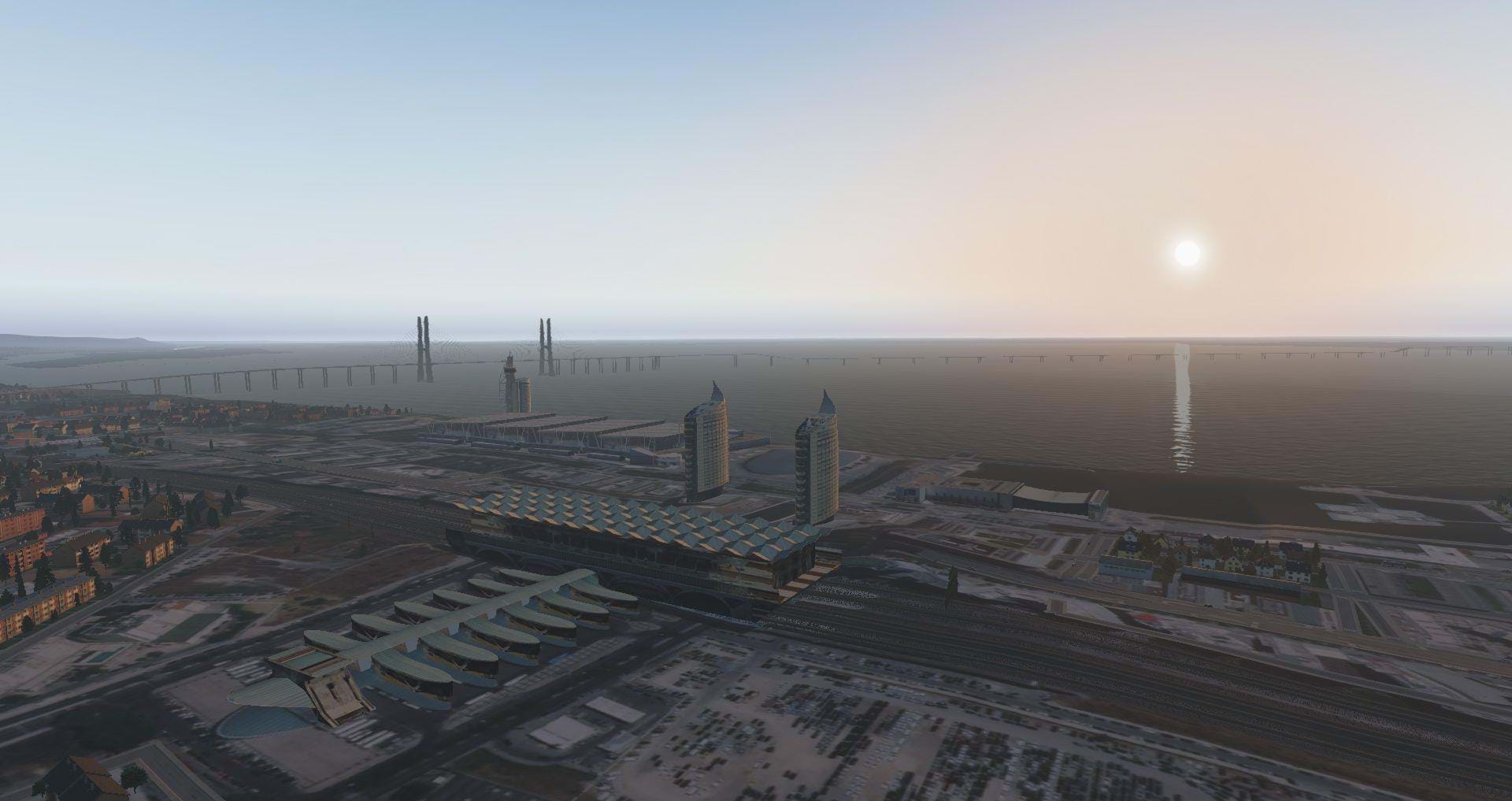 The Lisbon Airport is situated at the edge of the Portuguese capital. Still inside the city but spanning through the terrains of other small towns around it.

It’s located on a somewhat flat area but heavily urban. Take offs and approaches are very interesting as they will put you in an area between the Tagus River (the biggest river in the Iberian Peninsula – the peninsula where Portugal and Spain are located) and the Atlantic Ocean.

As a background, you get the River, the Ocean, the Sintra mountains and the two bridges that cross the river at this section: the “25 de Abril” bridge (a Golden Gate twin) and the largest bridge in Europe, the Vasco da Gama. 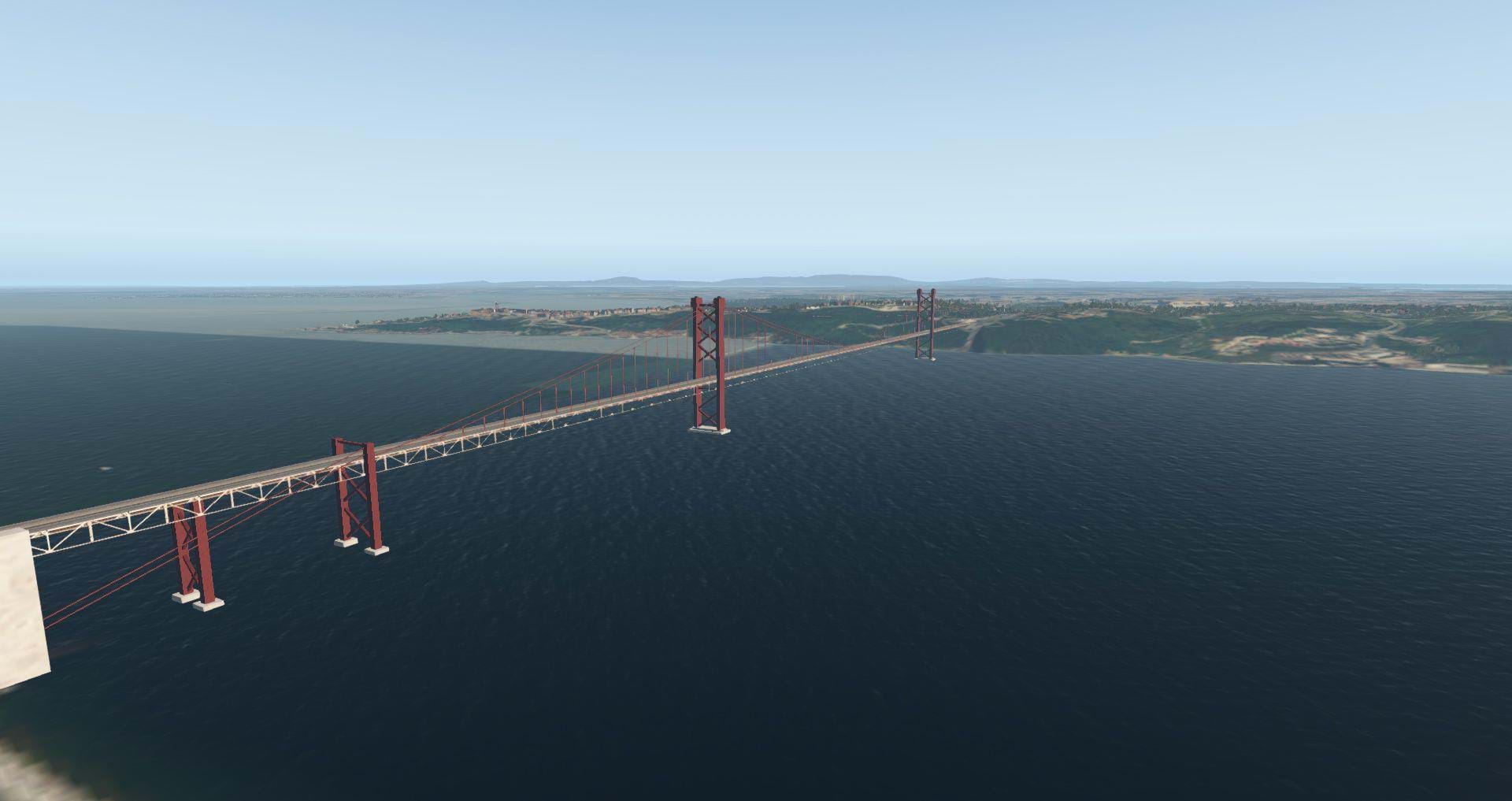 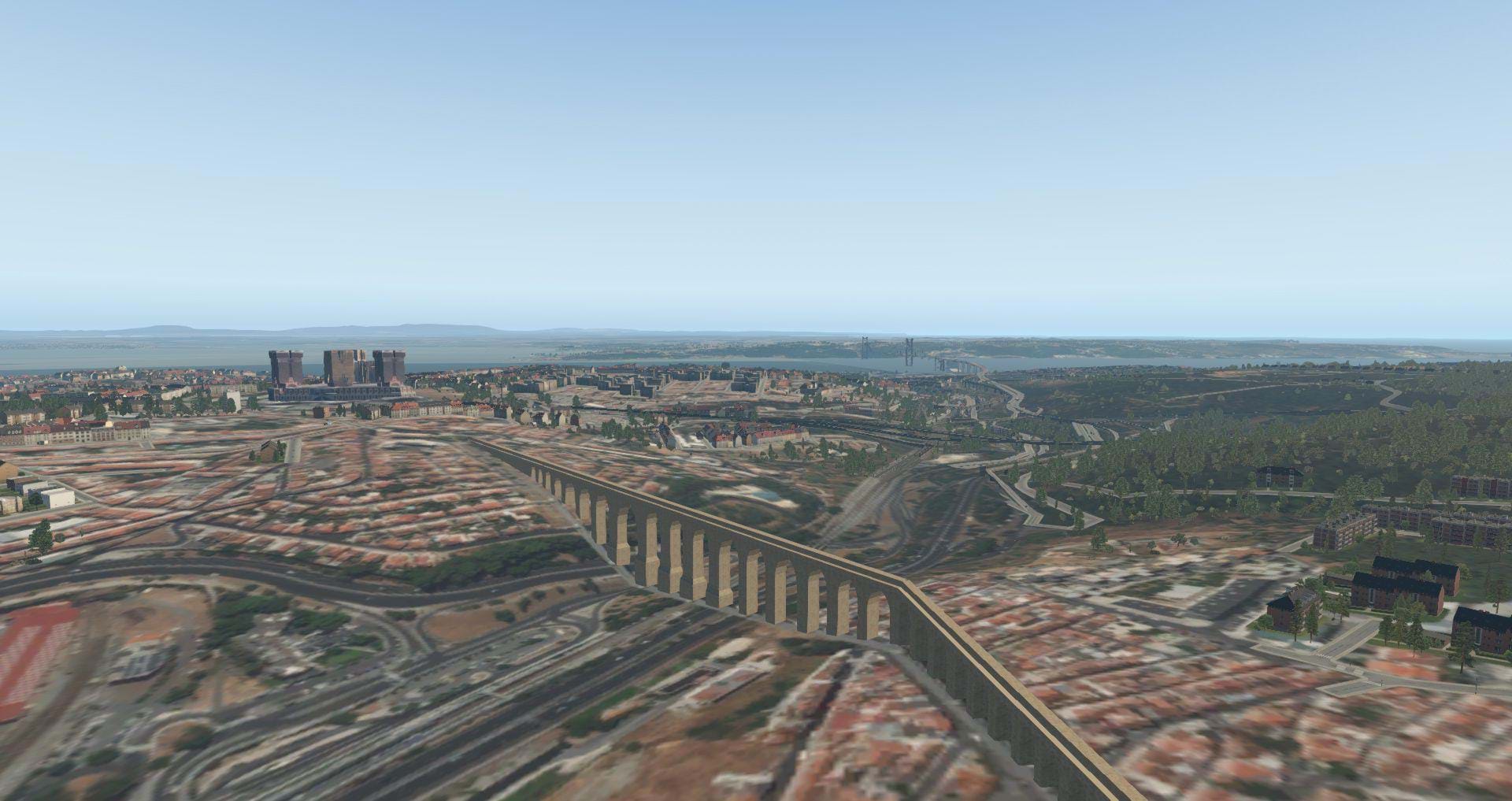 The default scenery does not include these 2 important landmarks but also some other buildings around the airport. Funny enough, I found a few important ones to be missing, and some details that I would like MK Studios to solve.

Near the threshold of runway 03 you’ll find a football (soccer for our US friends) stadium which is not represented in this scenery. Funny enough, another stadium, a bit further away from the airport is present. I would expect the first one to be there and not the second, not the opposite, especially since the first stadium is part of the landscape as you take off from runway 21 or land at the opposite end (runway 03). 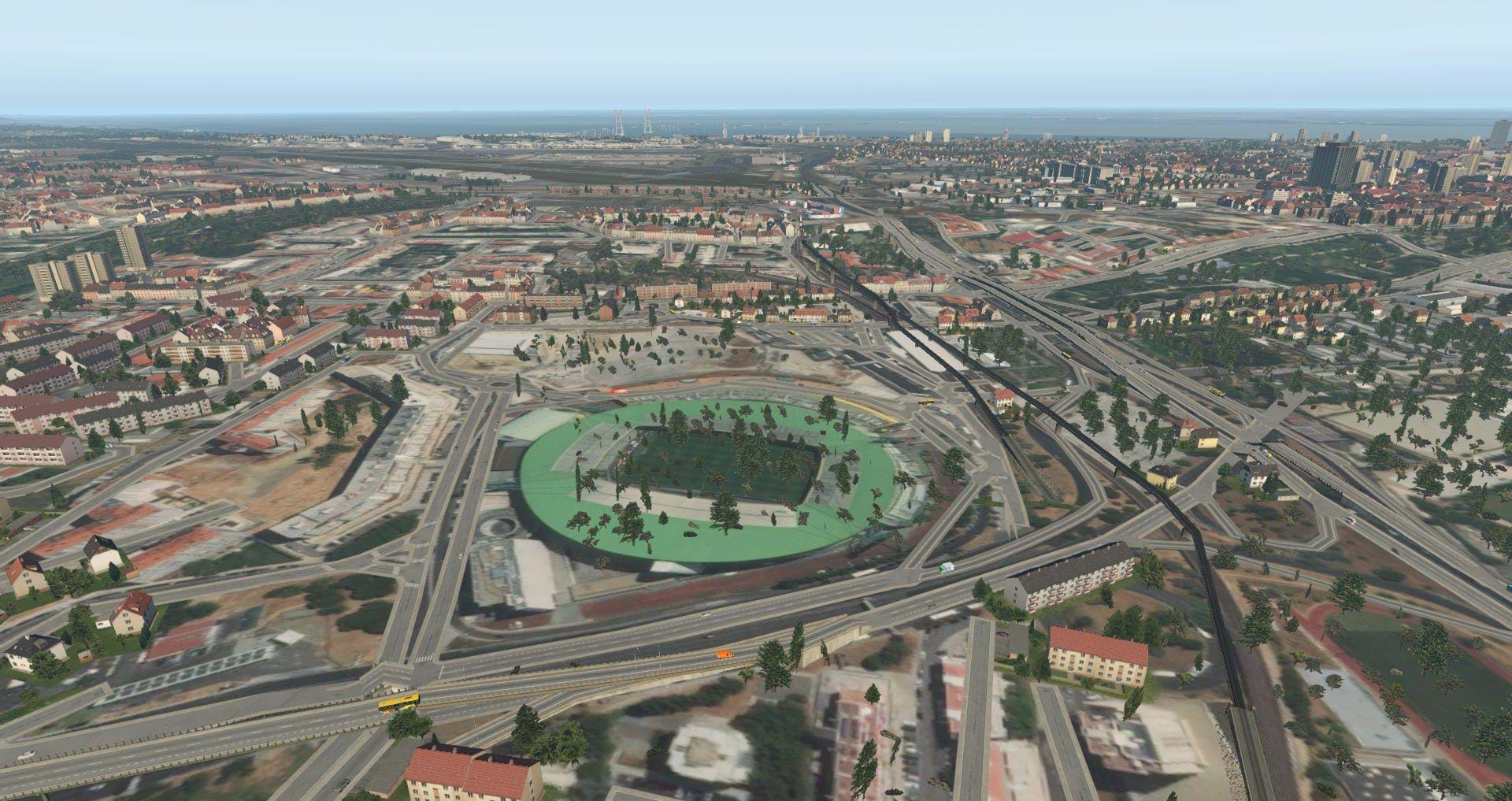 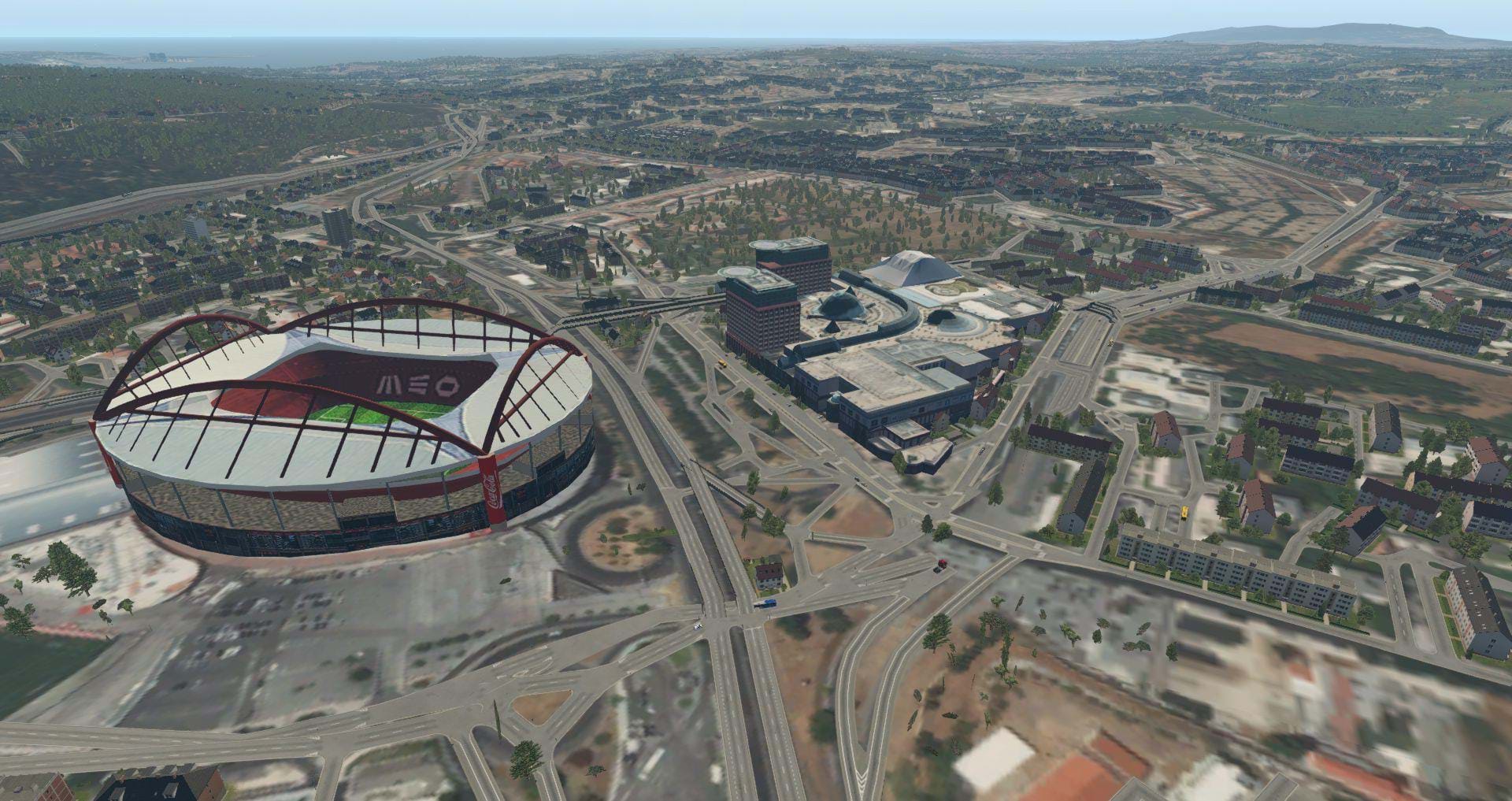 MK Studios also added a big landmark, the “Padrão dos Descobrimentos” but they didn’t add another important one, the Belém Tower which is right next to it. 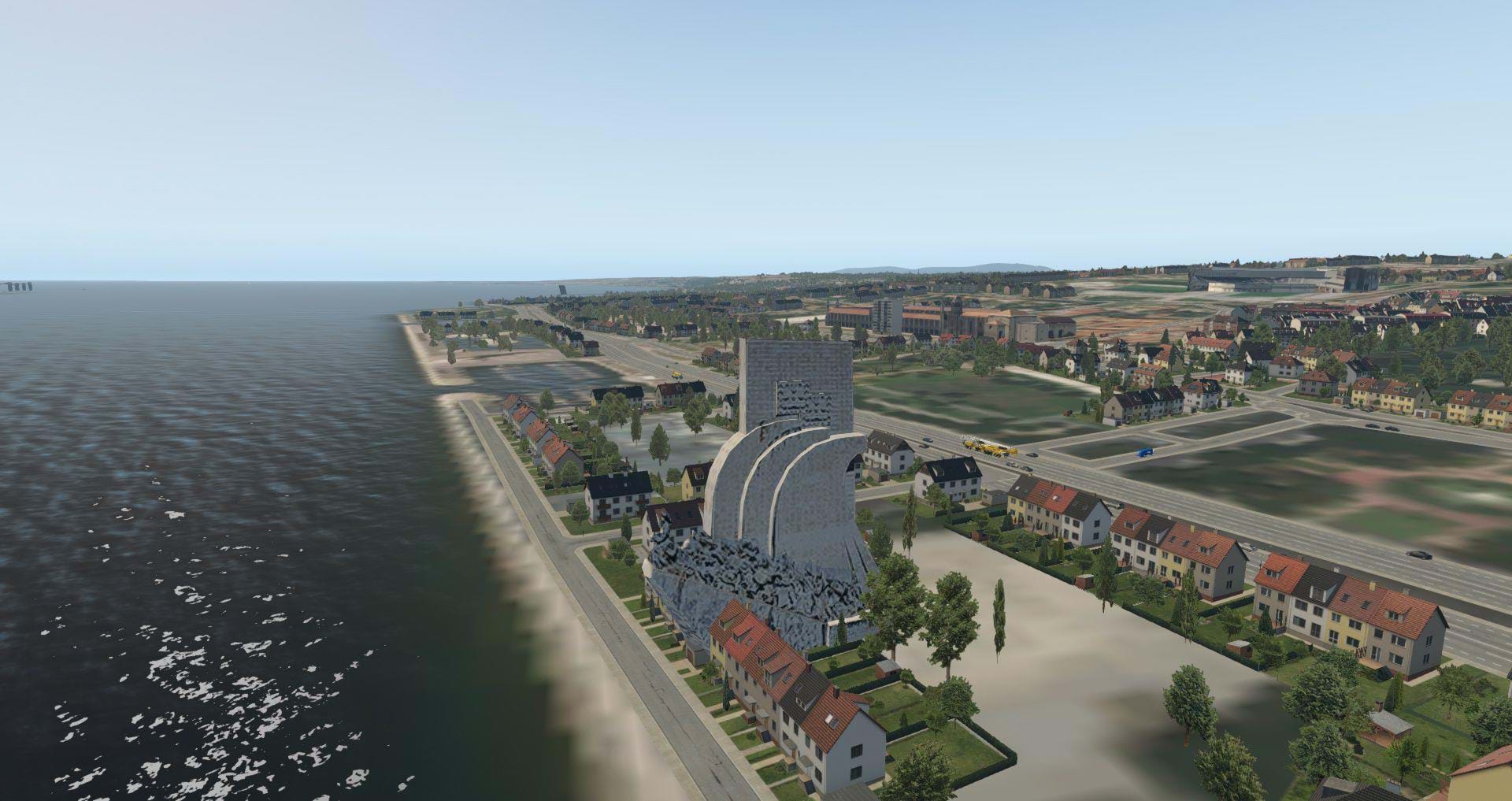 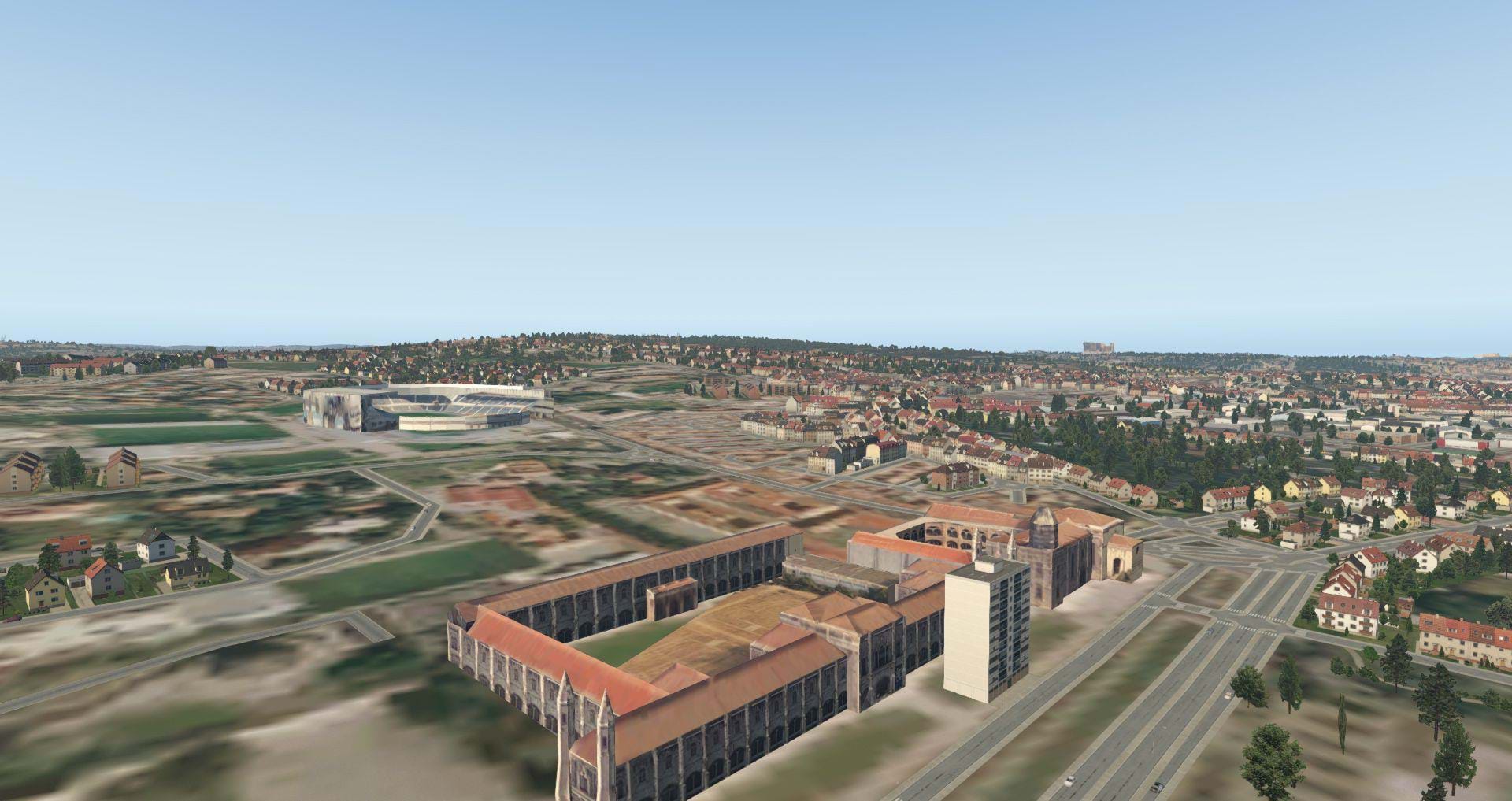 The Jerónimos Monastery is present but the autogen added a building in front of it (it would be cool that MK Studios could add an exclusion area around it).

There are also other important buildings in the approach/take off area, such as the beforementioned 25 de Abril bridge but the statue of Christ the King, a big part of the landscape is missing, which is a real shame. I could live without the other stuff I mentioned above but the bridges and the statue is really something that’s a big part of the city (although the statue is located in another city – Almada).

To the East, MK Studios added a few buildings near to the Vasco da Gama bridge that are also very important to the landscape: the Myriad hotel, the exhibition area, the 2 towers near the Gare do Oriente and the Gare itself. They didn’t add the Lisbon Oceanarium which is a shame but, again, that’s passable.

And the nice surprise 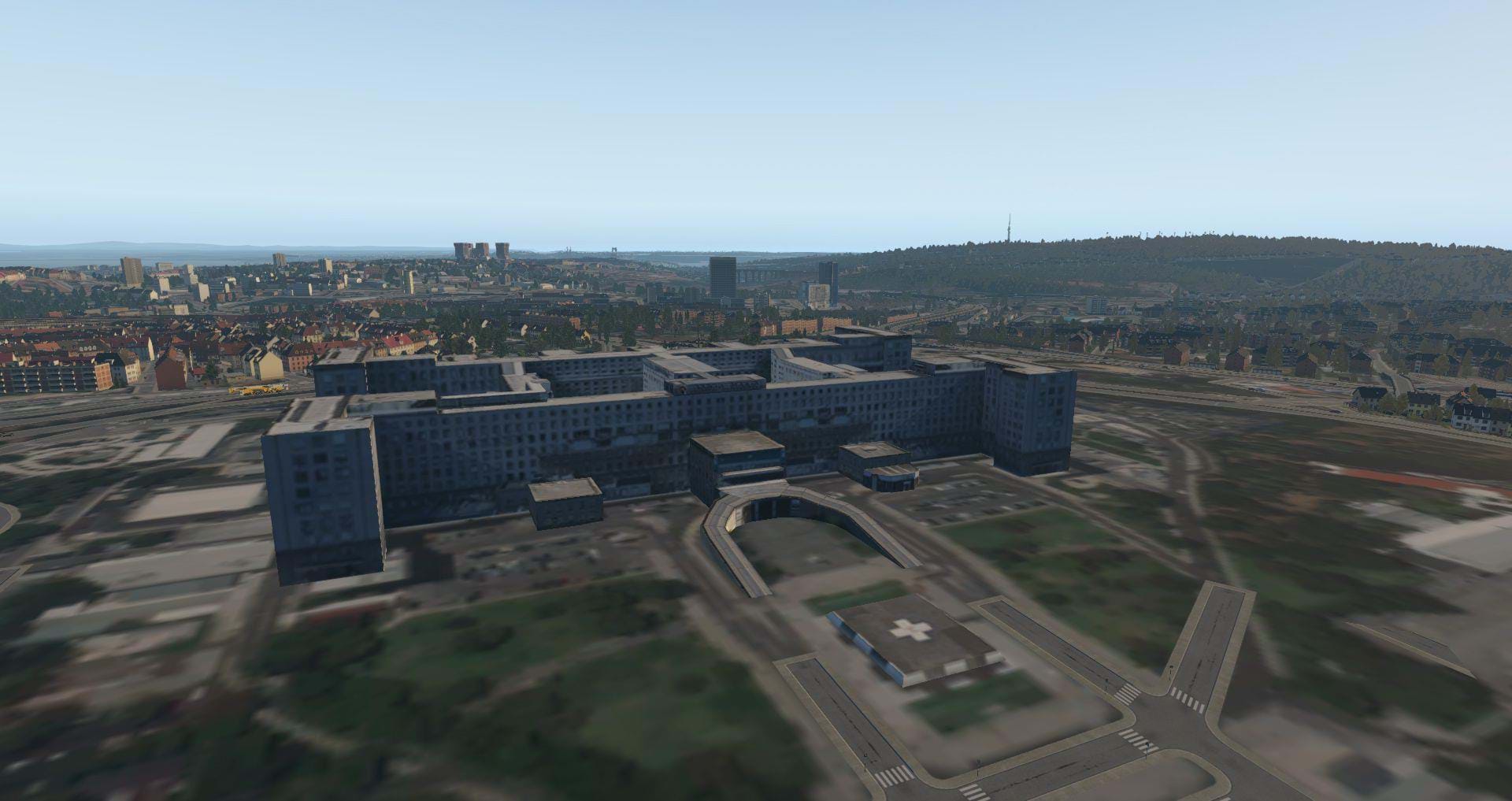 Remember the surprise I told you about? Well, MK Studios has added a hospital to the city that I’ve been wanting for a long time (I’ve actually started making it for X-Plane but it’s being a slow process as my time is kind of short for everything I want to do). The Santa Maria hospital is present, with a helipad!

Unfortunately, MK Studios didn’t add it to the selectable take-off list in X-Plane and the model of the hospital is not the best but at least is there! Thank you, MK Studios!

Solid, nice framerates all around. No issues, no hiccups, no problems on this front. 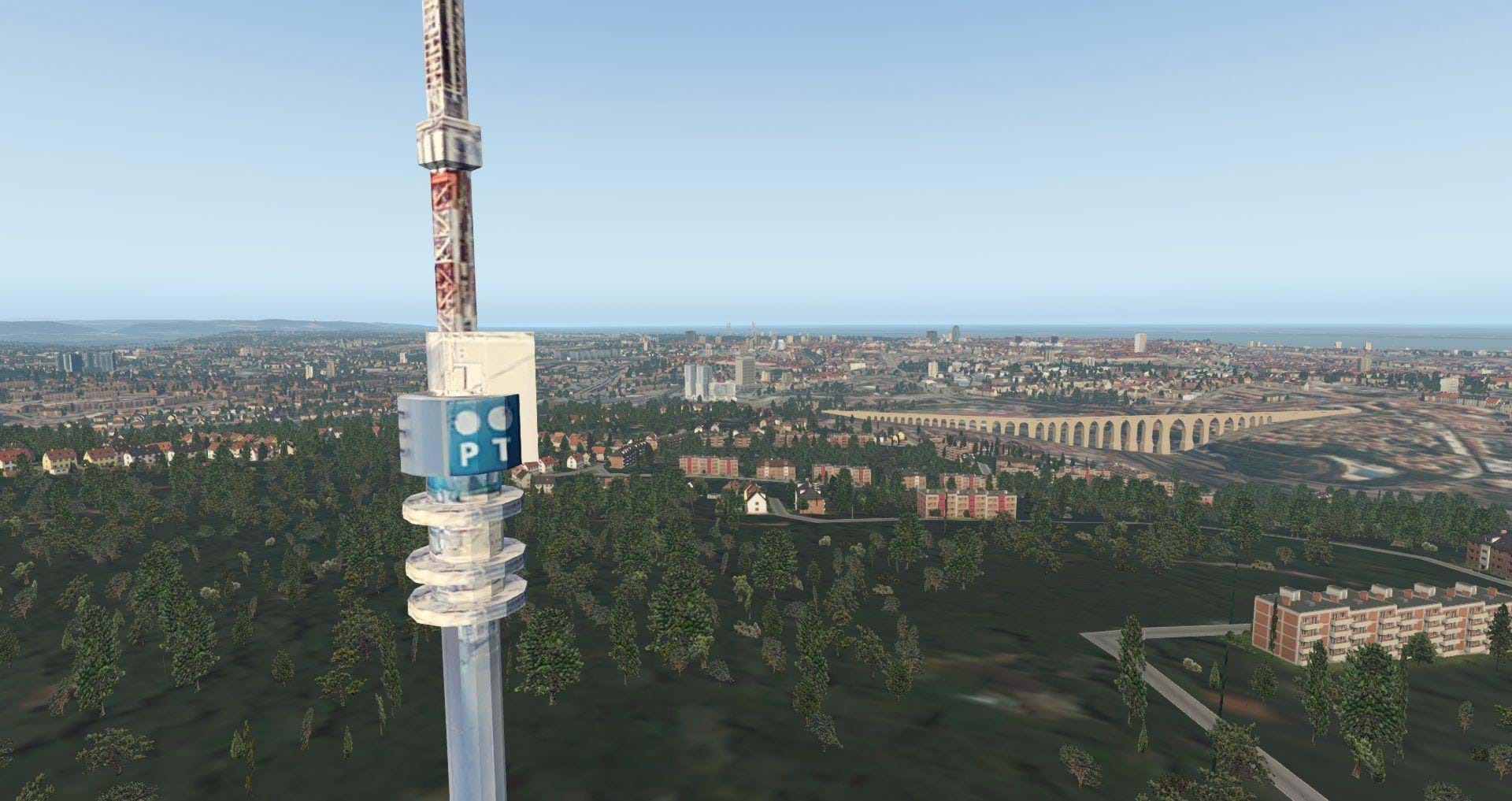 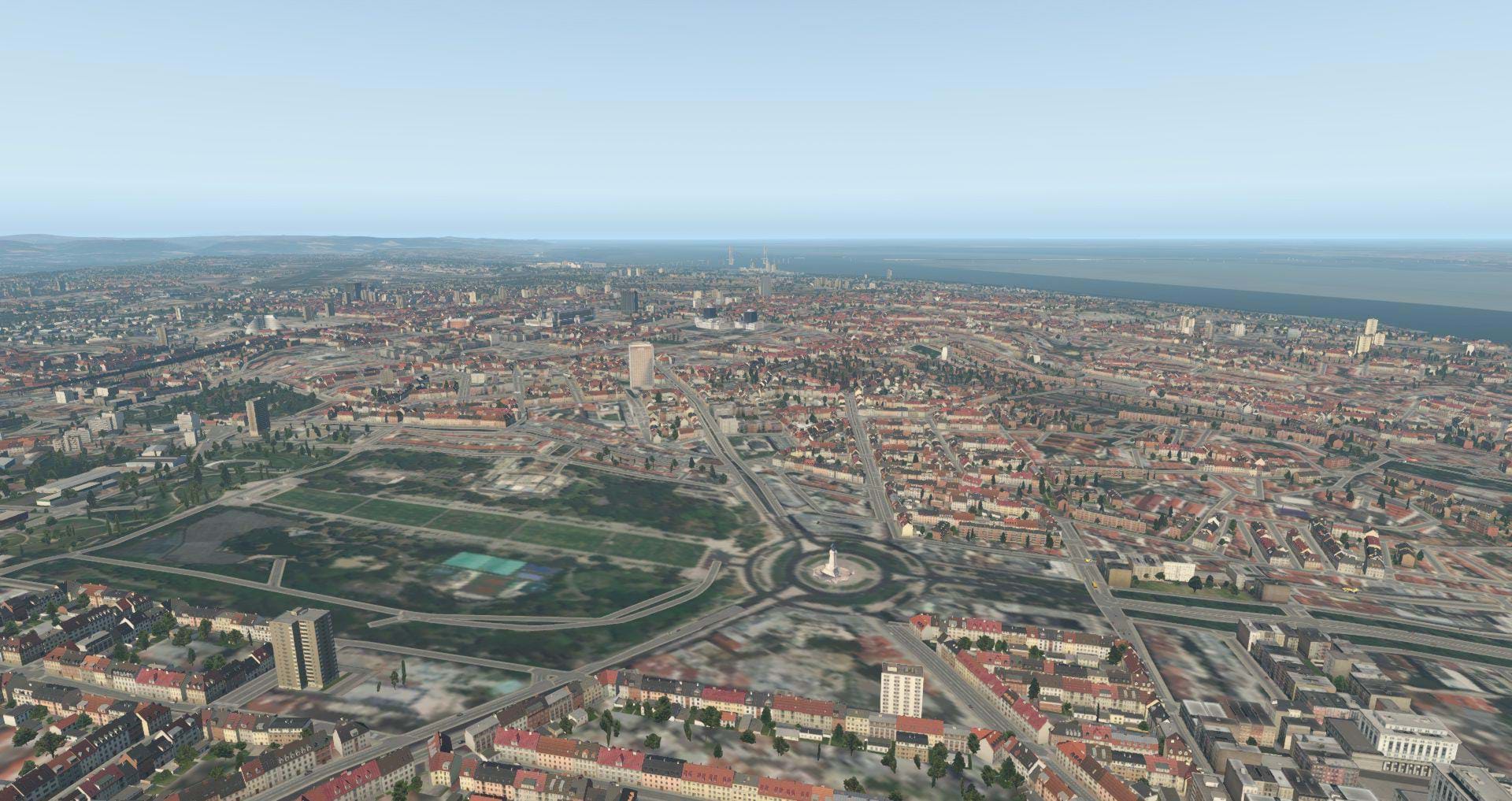 All the surrounding buildings add to the experience of using this airport for any operations – especially helicopter operations and MK Studios did a good job.

The goal of the scenery is to provide a realistic Lisbon Airport scenery, not the city of Lisbon – which is a real shame as there isn’t a product that makes the city pop in its full glory. Trust me: it’s not just because I love the city and it’s my country’s capital. Lisbon is an amazing city and quite an interesting hub for various sorts of flights: from airliners to GA to helicopters.

There are a few hospitals around, the Cascais airfield and a heliport right next to the river that make this an amazing region to fly at. Very scenic, very interesting, with lots of great stuff to do as any major city – except Lisbon is not a huge place, making it easy to cross the city and even visit other countries such as Spain (right next door) and Morocco to the South.

MK Studios did a great job with the airport and added to the experience with some important landmarks and buildings around it.

I hope the team adds a few more landmarks and fixes some errors. Again, I know it’s not the scope of the scenery, but it sure adds value to the product and makes Lisbon and its airport a bit more recognizable.

A great scenery if you fly in this region. If you don't, perhaps you should consider doing it as Lisbon offers a great hub for all kinds of different flights and MK Studios did a great job at replicating the airport.

Installation 10
Textures 8
Buildings 9
Visual impact and quality 8
Frame rate impact 10
Total score
8.9
* The above final rating is calculated from a weighted average and not the direct arithmetic average. This means that some elements of the review will have a higher influence in the final score than others.
Click here to purchase/download or more information