Lisbon is one of the busiest hubs in Europe. We can now fly over this city in X-Design's Lisbon International Airport for X-Plane.

Flights from pretty much everywhere pass through Lisbon coming and going to the North or South America, Europe, Africa, Asia, you name it.

Lisbon is also a very touristic city. Rich in history and culture it's one of the most sought after holiday destination. Although the official language being Portuguese, most of the population can speak English. The Portuguese take pride in how well they welcome and treat tourists making it a very pleasant and beautiful places to visit. 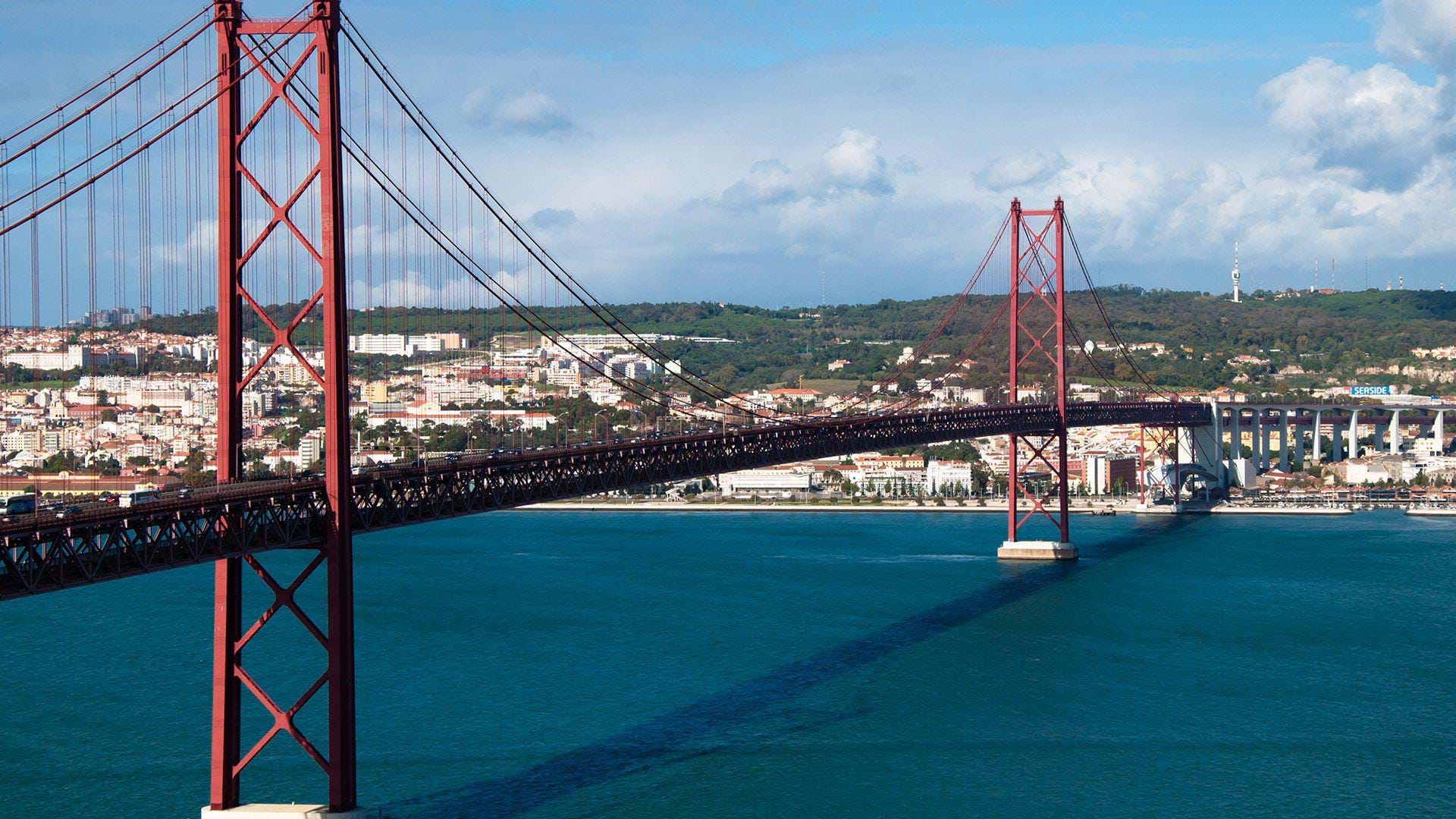 One of it's iconic landmarks is the 25th of April bridge which looks a lot like San Francisco's Golden Gate. There's a plethora of places to visit and a lot to do in the city. The food is also very famous and you are close to a lot of different areas. You can hit the beach in a 30-minute drive or the mountains in a couple of hours. 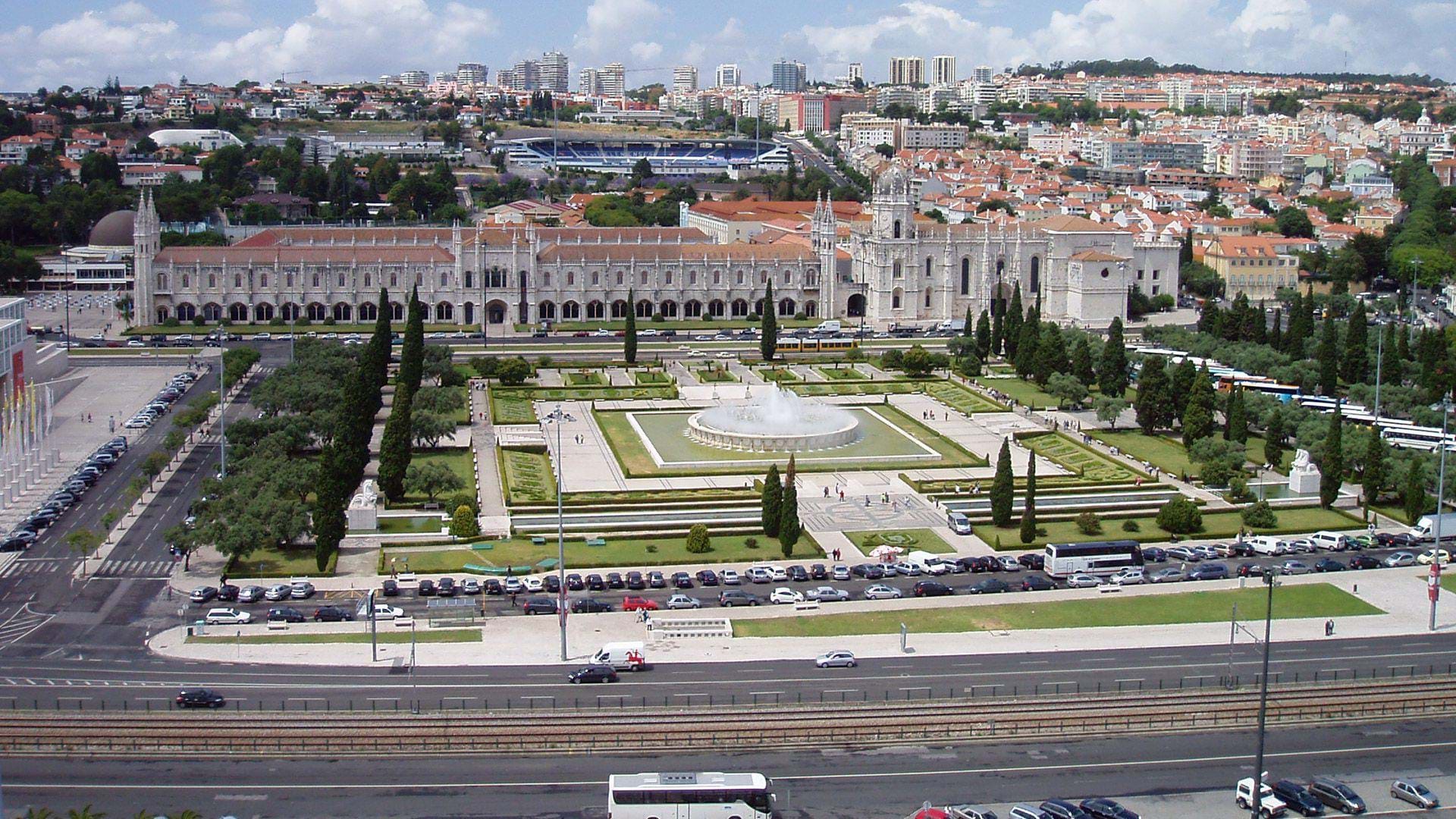 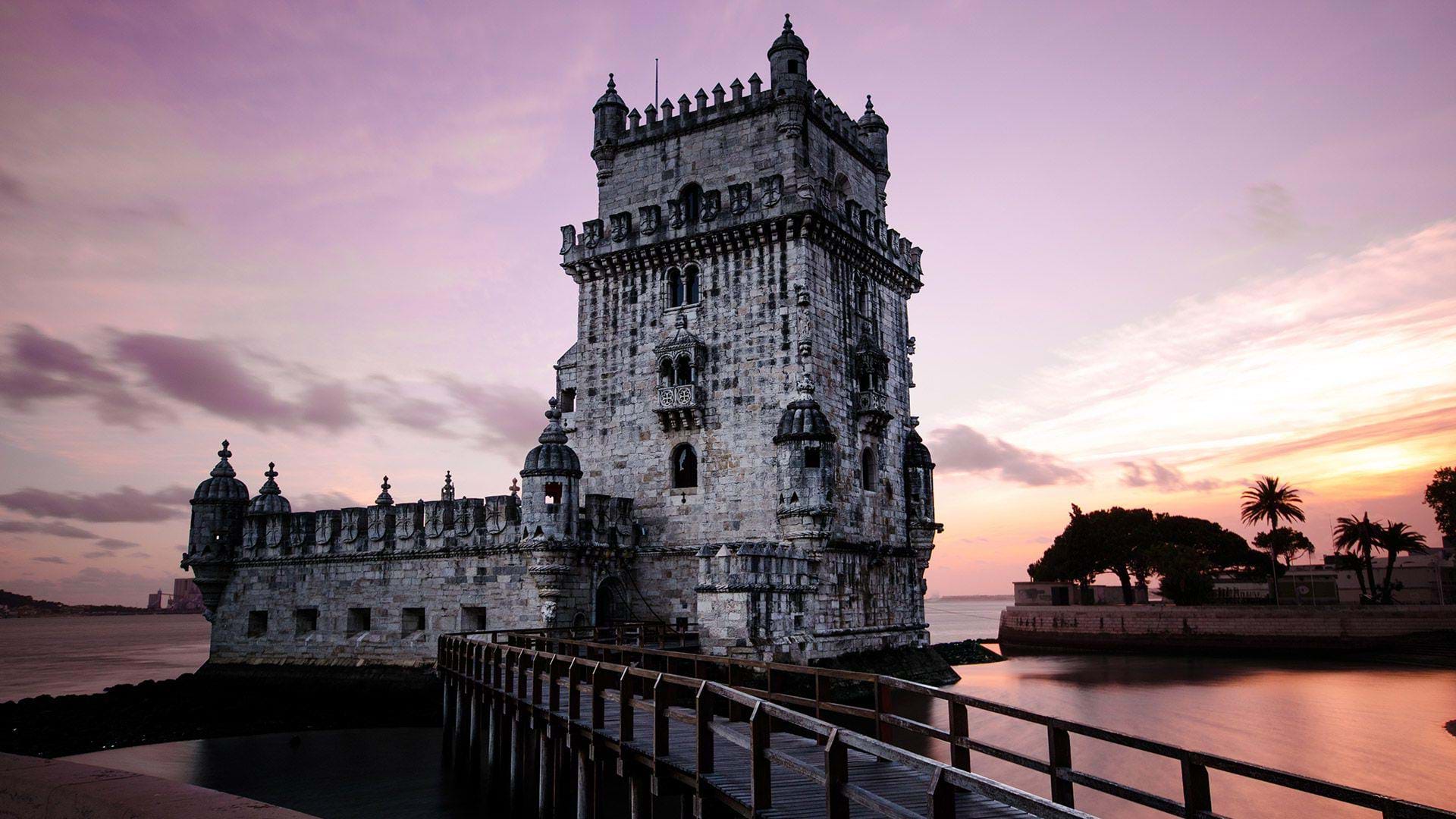 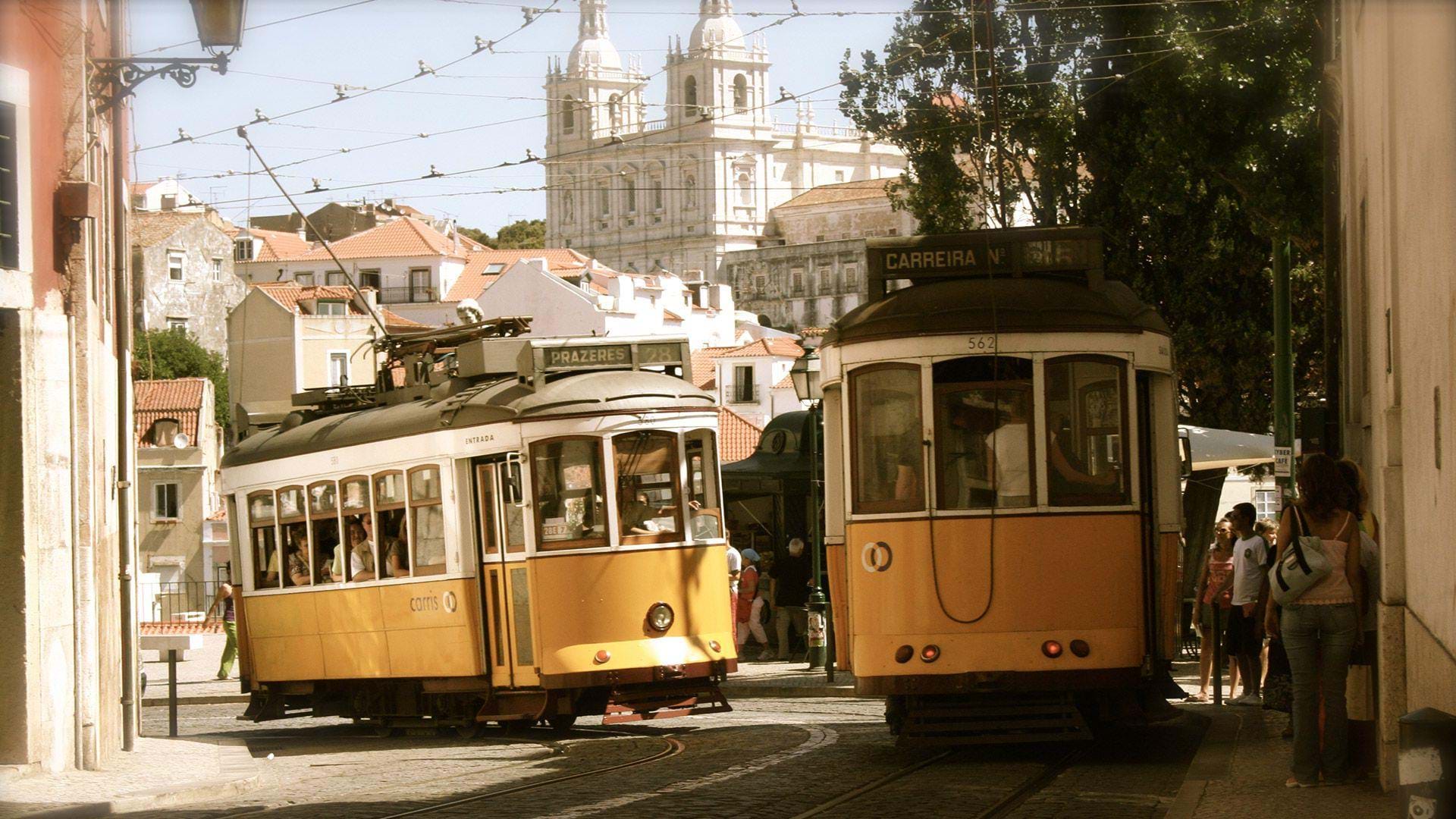 The airport is located inside the city. The approach can bring you over the 25th of April bridge or, from the North, on a path parallel to the Tagus River, which curves to the right and passes south of the airport. So, no matter the approach you do, you will always see the river, unless it's a very foggy day. The Tagus is quite wide in this area so you can not miss it.

The airport shares part of its facilities with the Portuguese Air Force, which has the AT1 unit on the NE part of the airport, with its own hangars and other buildings. It's a very small facility but has a major importance since it's the only military one inside the city that has the ability to have aircraft operating to and from it.

There are specific helicopter operations chart mostly for military operations. This airport is used by the PoAF's EH-101 from LPMT (Montijo Air Force Base) to pick up EMS teams or transfer victims to the civilian EMS. 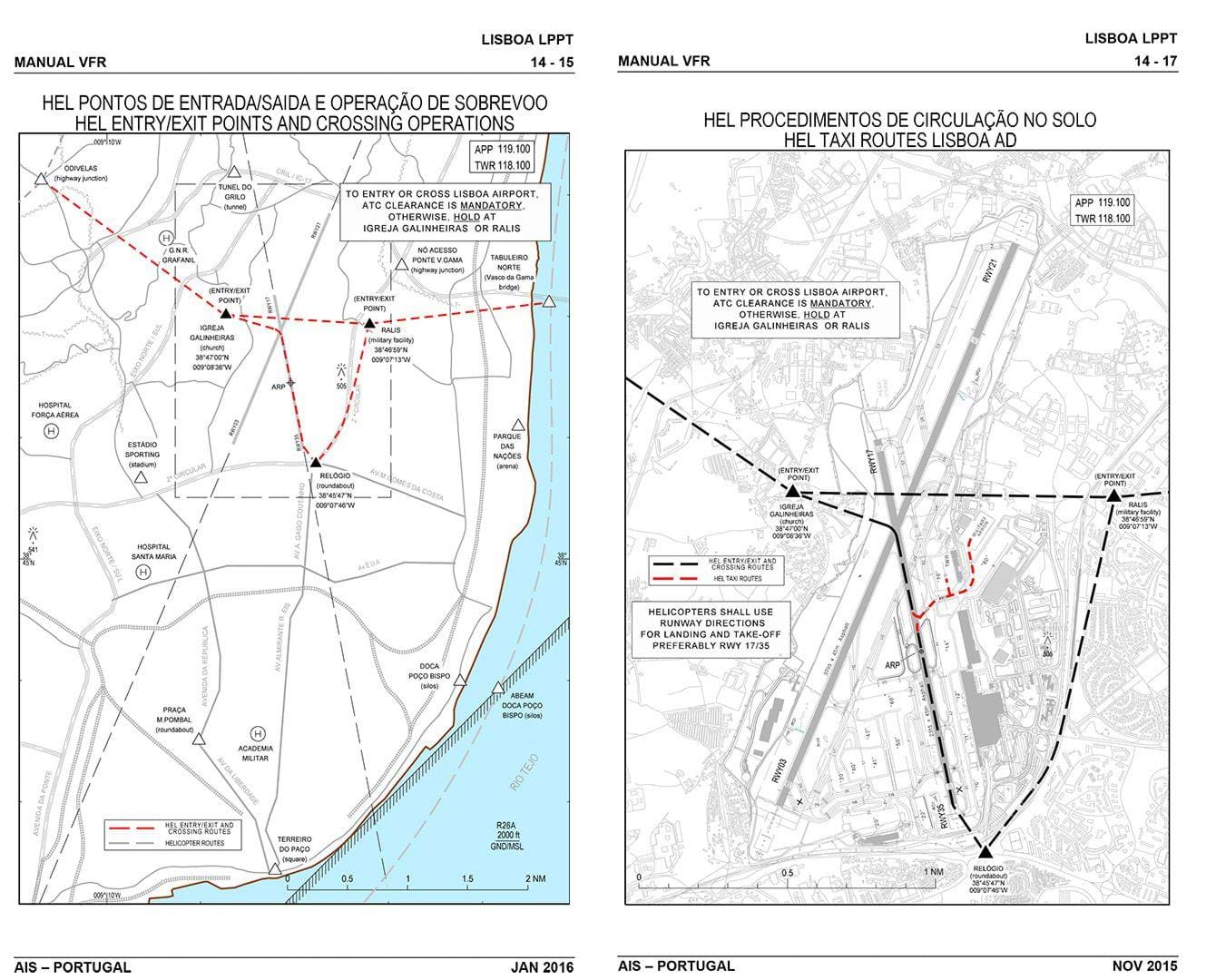 The airport was expanded some years ago and a new terminal added to the South but Lisbon International is quickly starting to hit its limit so alternatives to this facility are being studied. The solution is going to be to add another airport outside Lisbon to support the main airport. LPMT (Montijo Air Force Base) is one of the structures being assessed to be adapted into a civilian airport, which means the units there are currently there would need to be assigned to other Air Force Bases. 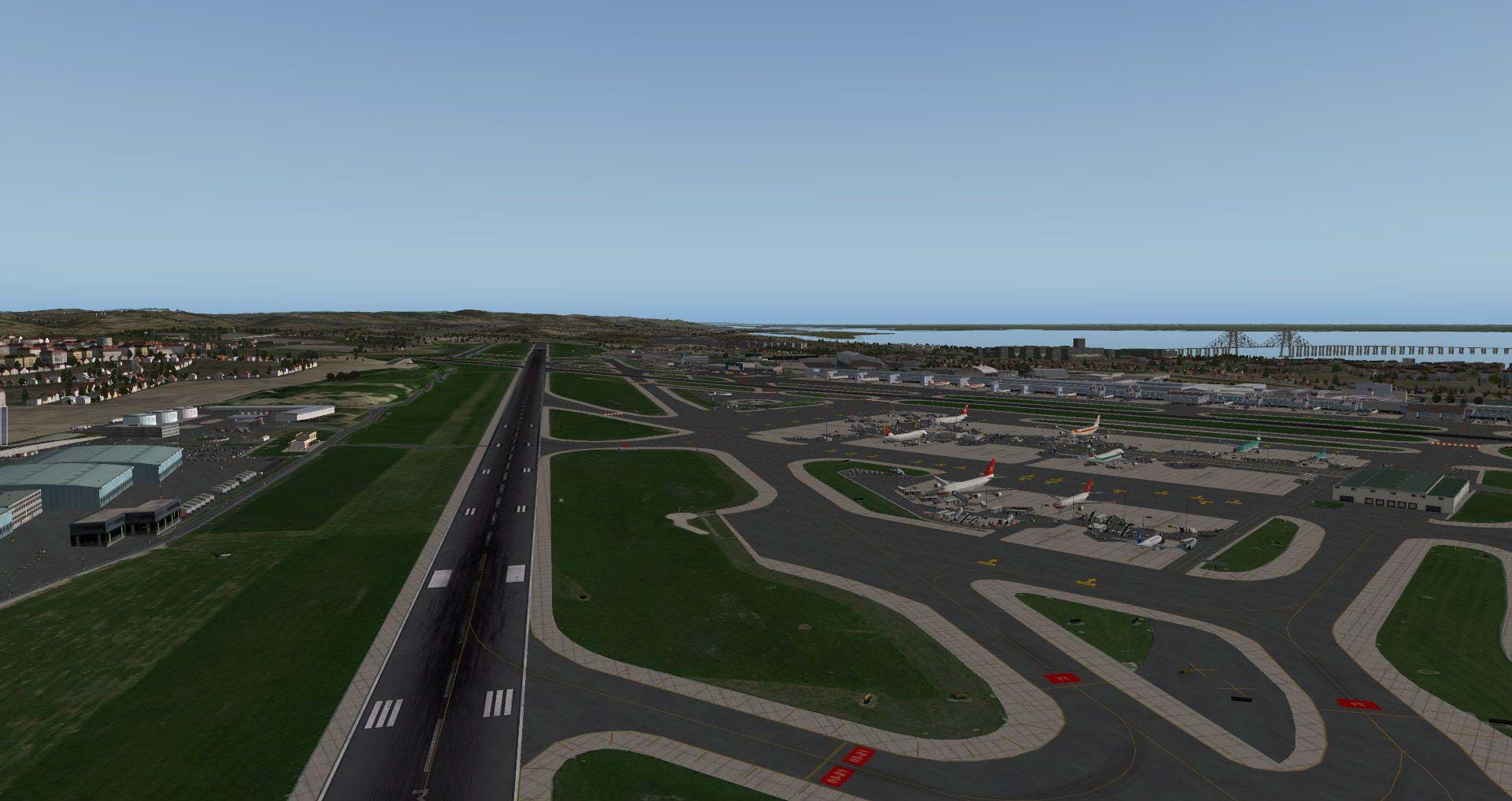 I've been waiting for a good representation of Lisbon (and the Lisbon Airport) for quite some time as it's my main area simming. My base of operations is a small airfield West of LPPT, Cascais (LPCS) but my flights are usually done over the city and very near the airport. Having a good representation of its surroundings would be, of course, very important to me. Especially of the landmarks I'm used to see in real life (although from ground level).

My expectations were high. Not too high since I'm used to some developers overlooking some important aspects of the city, but I still had high hopes.

The airport itself is, obviously, the star of the scenery and it's quite a remarkable representation of the real deal. Granted, it's not perfect, but it's still good enough for you to get the feeling that you are in Lisbon.

The airport layout is pretty much spot-on and all the runway and taxiways seem to be there. My only complaint is the buildings, both inside and outside the airport. 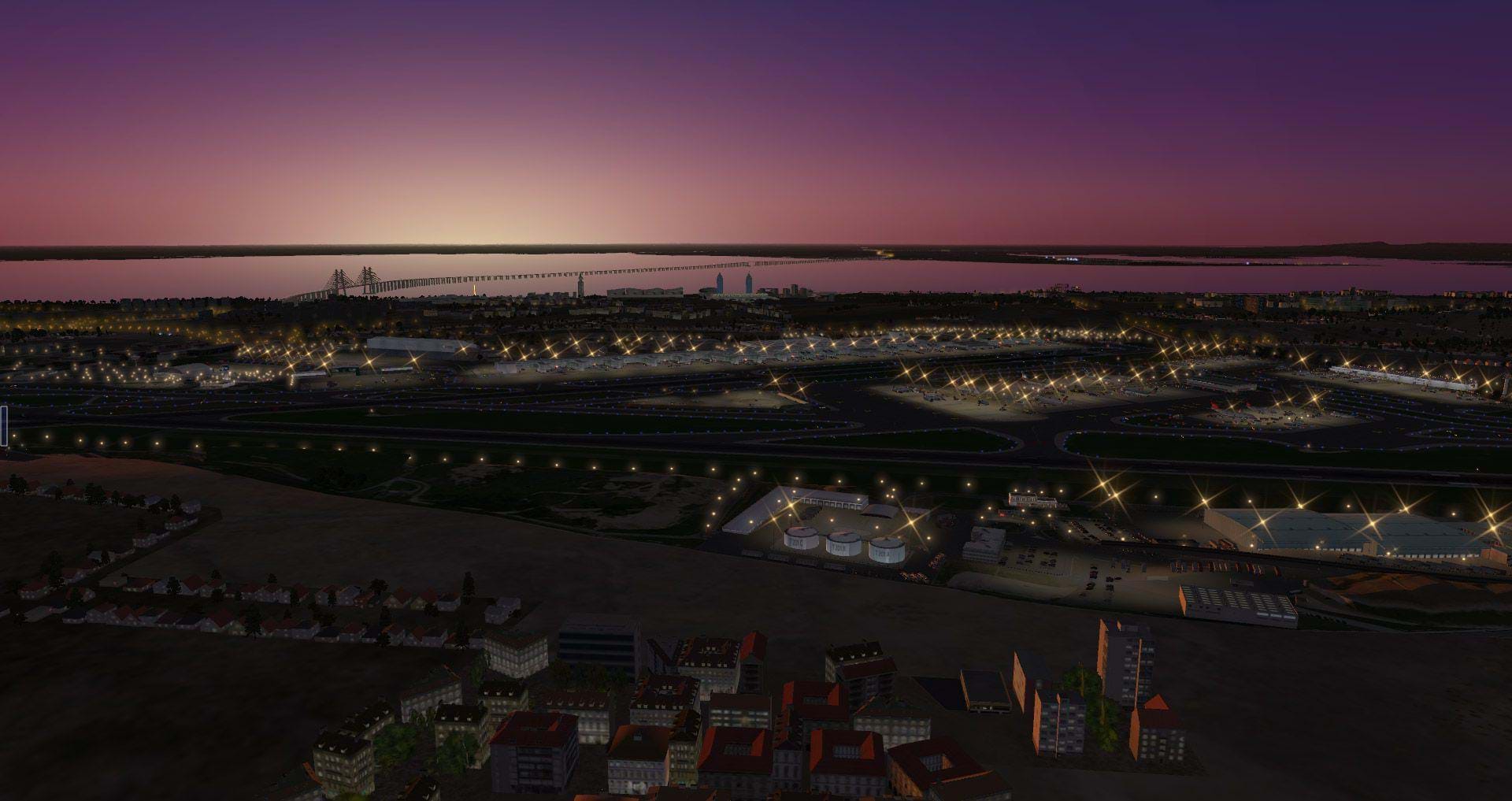 They are all very simplistic. I wasn't expecting a huge amount of detail but there are some great examples of simple, low-poly work out there that would be good enough to fool the eye from a distance. It's not that it doesn't fool the eye, but sometimes you need to be at quite a distance.

Particularly for those willing to go for a ride around the city in a helicopter (or any slow-mover) it may be a turn off once you start to realize how little detail some stuff has, like the Christ the King statue on the south margin of the Tagus river. Kinda disappointing. 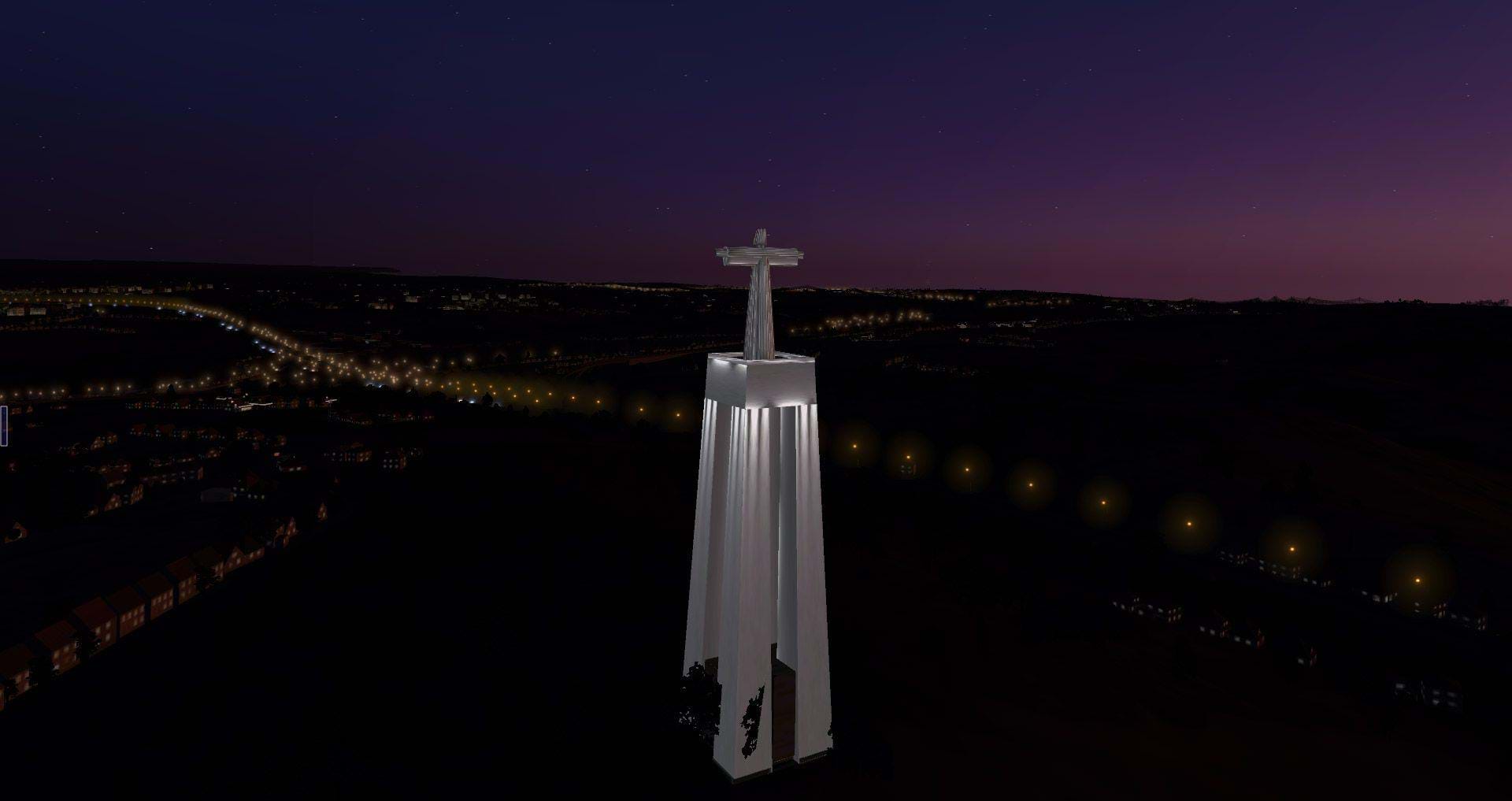 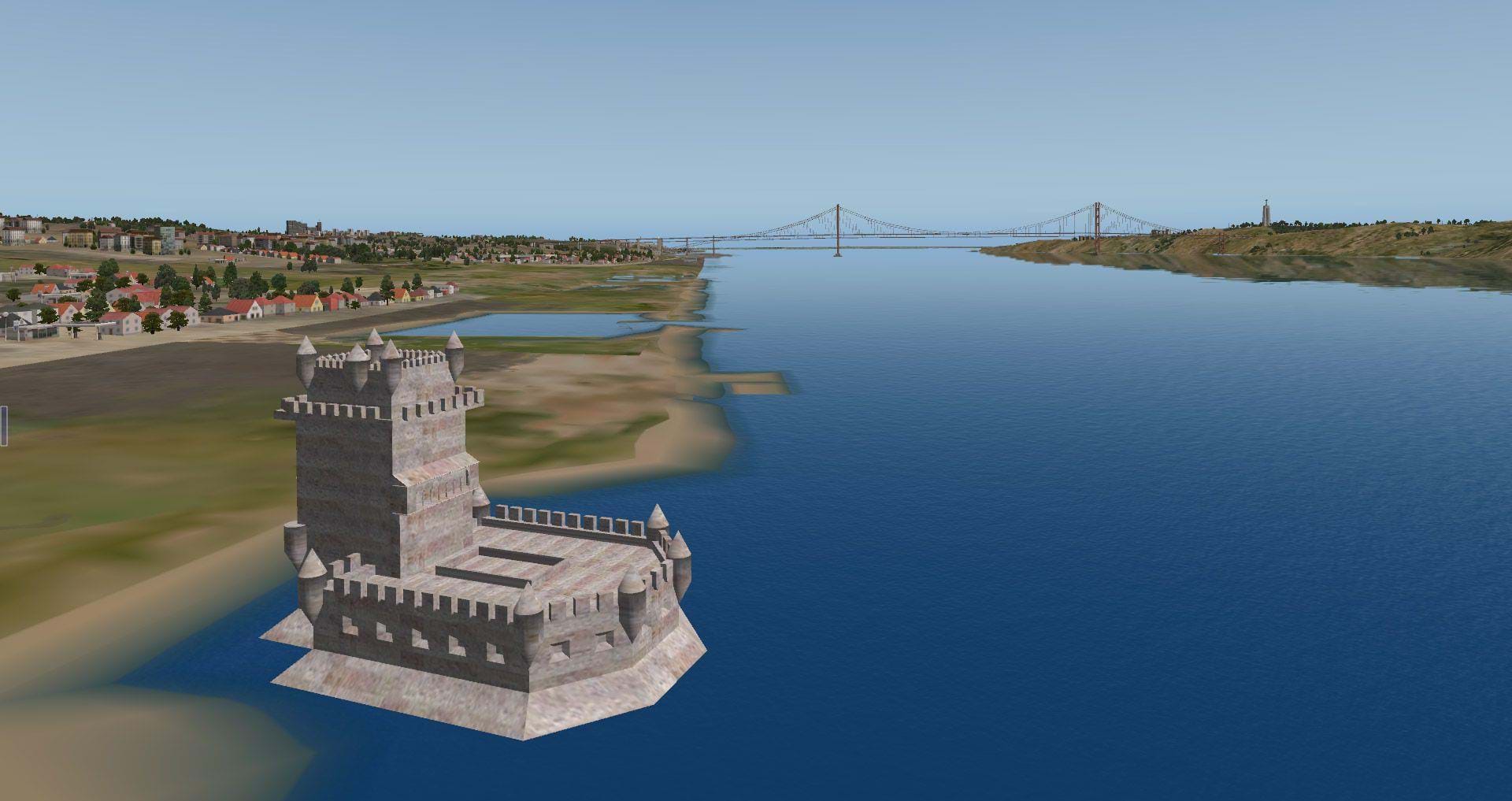 There's a bit of an extra effort in adding some important landmarks. I've seen the football (soccer for our american friends) stadiums near the airport and the old Vasco da Gama tower, which is was extended and was an hotel in other scenery. X-Design did add the building to the tower, making it look more like the hotel but the texture work could have been better.

You can see the comparison between the in-sim and the real deal below. Yes, the in-sim shot is a night one but you can notice how the texture's quite different. 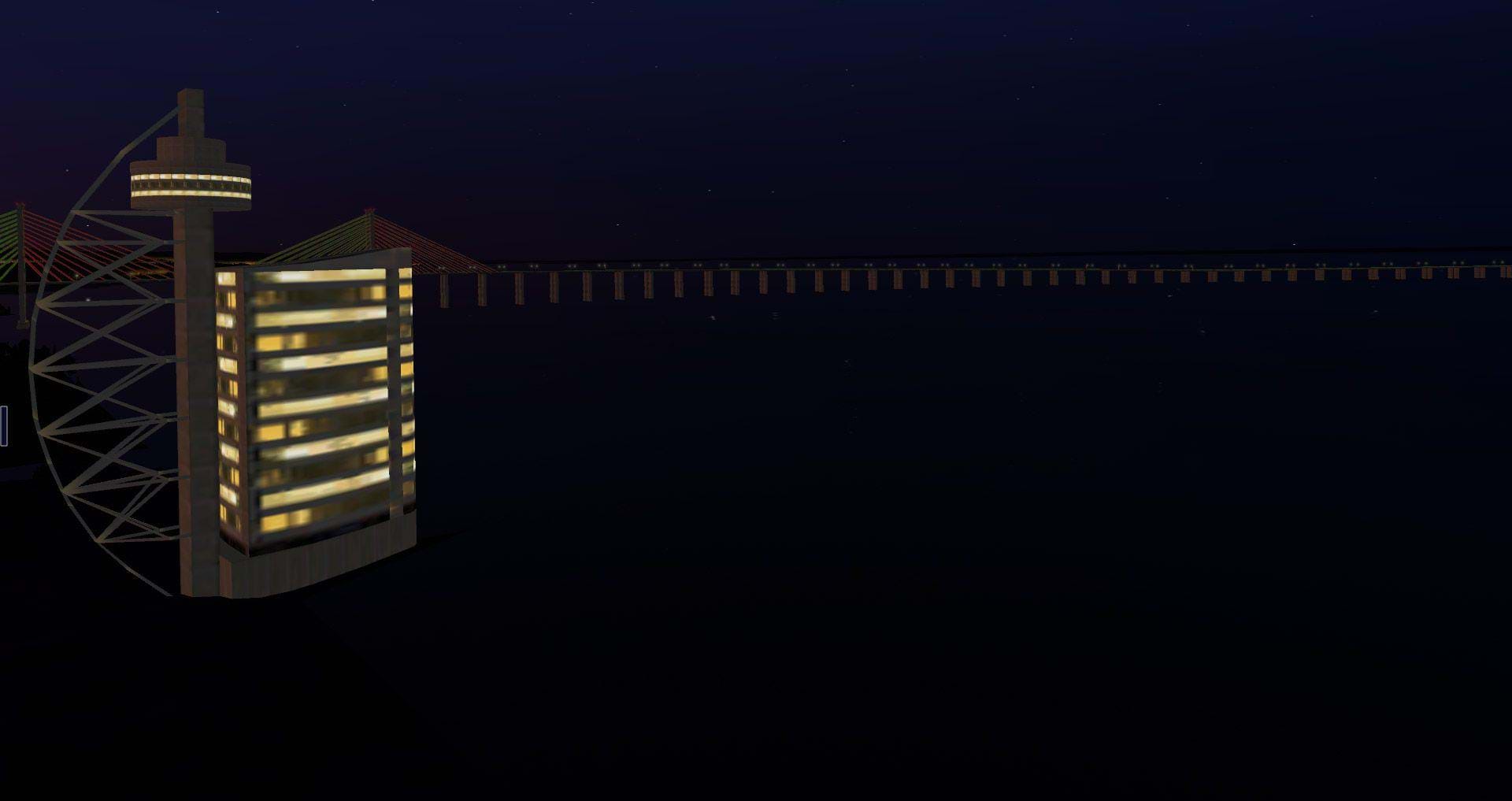 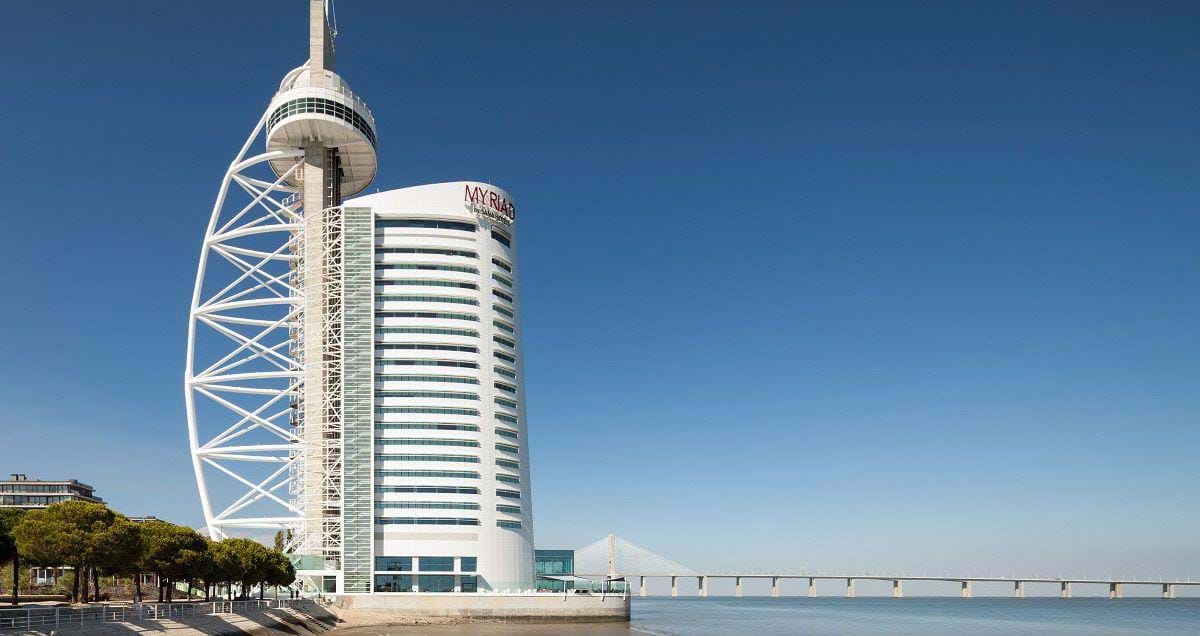 Again, the star of the scenery is and should be the airport. Everything else around it's just something that was added to increase the immersion around the airport.Everything present at the scenery does a pretty good job at this. You have a lot of recognizable landmarks around the airport, the 2 bridges (like I said before, the 25th of April bridge looks like the Golden Gate and then you also have the Vasco da Gama bridge which is a gorgeous one and the longest bridge in Europe with about 7.6 miles).

The oriental portion of the city also has some other recognizable buildings such as the huge bus/subway/train hub called Gare do Oriente, the 2 twin towers alongside a shopping mall, the Oceanarium and others. This is probably the most complete scenery I've seen of this area and I was quite impressed by it. Again, I only wish a bit more of work would have been done with the texturing. But, other than that, it does its job quite well as you recognize the area from a distance.

A bit of history

You'll have to apologize me but there are a couple of aviation-related facts that I feel I need to share and which may help you give some perspective to the importance of both the city and the airport in both the aviation history and the current times.

In the screenshot below you can see a building on the bottom-left corner, which sits n the water. That's the Lisbon Oceanarium, a huge and beautiful building with a 180,000 cu ft tank at the center. This building is placed where it used to be the a dock where flying boats took people to and from the United States. A road was built directly to the Lisbon Airport so that passengers could then move to and from Europe. This was a huge hub back in the 1930s and 1940s and Pan Am was the main promoter of this structure.

If you're into this kind of stuff, you can check out Wikipedia and see actual footage from the Clippers at this area back in the 1930s. 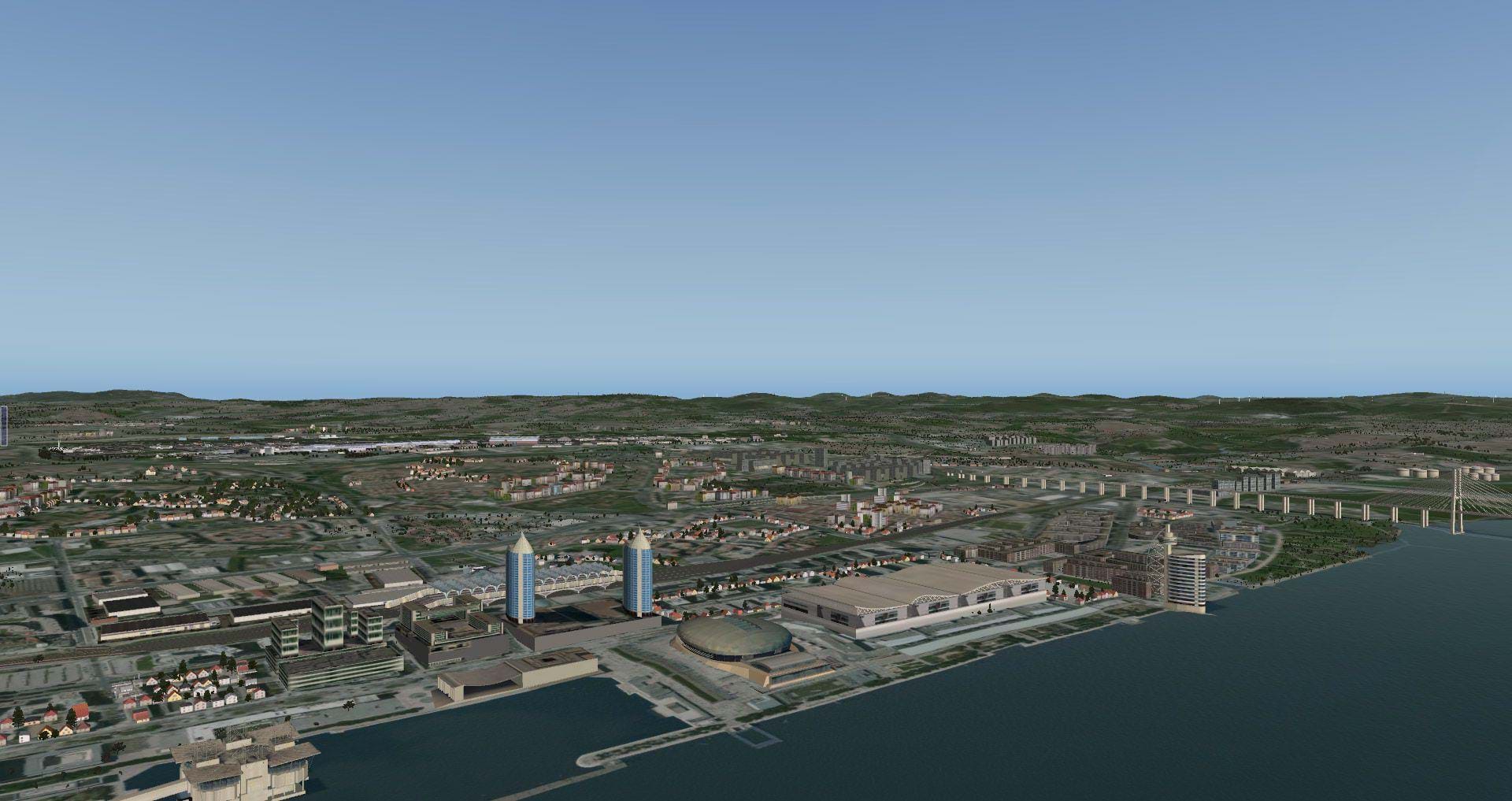 Further to the East you will find the Belem Tower (of which you can find some images above). From here, in 1922, Gago Coutinho and Sacadura Cabral departed and performed the first aerial crossing of the South Atlantic, which was a major feat at the time. You can read more about it here.

I have yet to see an airport that seriously impacts frame rates in X-Plane. I'm not saying there's not but I have not come across with one just yet. This one's no exception. There's virtually no impact whatsoever.

So, in conclusion, what do I think of the scenery? I like it! I really do! There are some stuff that annoys me and that I'd like to see addressed, especially for a payware scenery. X-Design removed their previous, free version, and went with this one, which is much more complete and better built but, for a payware standard, even for the price, I think it could be a bit better. I wish they update it somewhere along the way as both the city and the airport deserve it.

Throw in some Ortho4XP textures, a HD mesh and you'll end up with a pretty good result.

If you're interested in flying in the neck of the woods, you should definitely grab this scenery. Especially because you will not find any other one out there.

Installation 10
Textures 6
Buildings 5
Visual impact and quality 7
Frame rate impact 10
Total score
8.2
* The above final rating is calculated from a weighted average and not the direct arithmetic average. This means that some elements of the review will have a higher influence in the final score than others.
Click here to purchase/download or more information