Aerofly FS2 is getting a helicopter - and we tried it

Apr 05, 2018 | by Sérgio Costa
Aerofly
Preview, Aerofly FS2, R22
Surprise, surprise! IPACS is developing a helicopter for Aerofly FS2. Well, perhaps not much of a surprise since they already said they would. But what’s surprising is: how good the darn thing is. 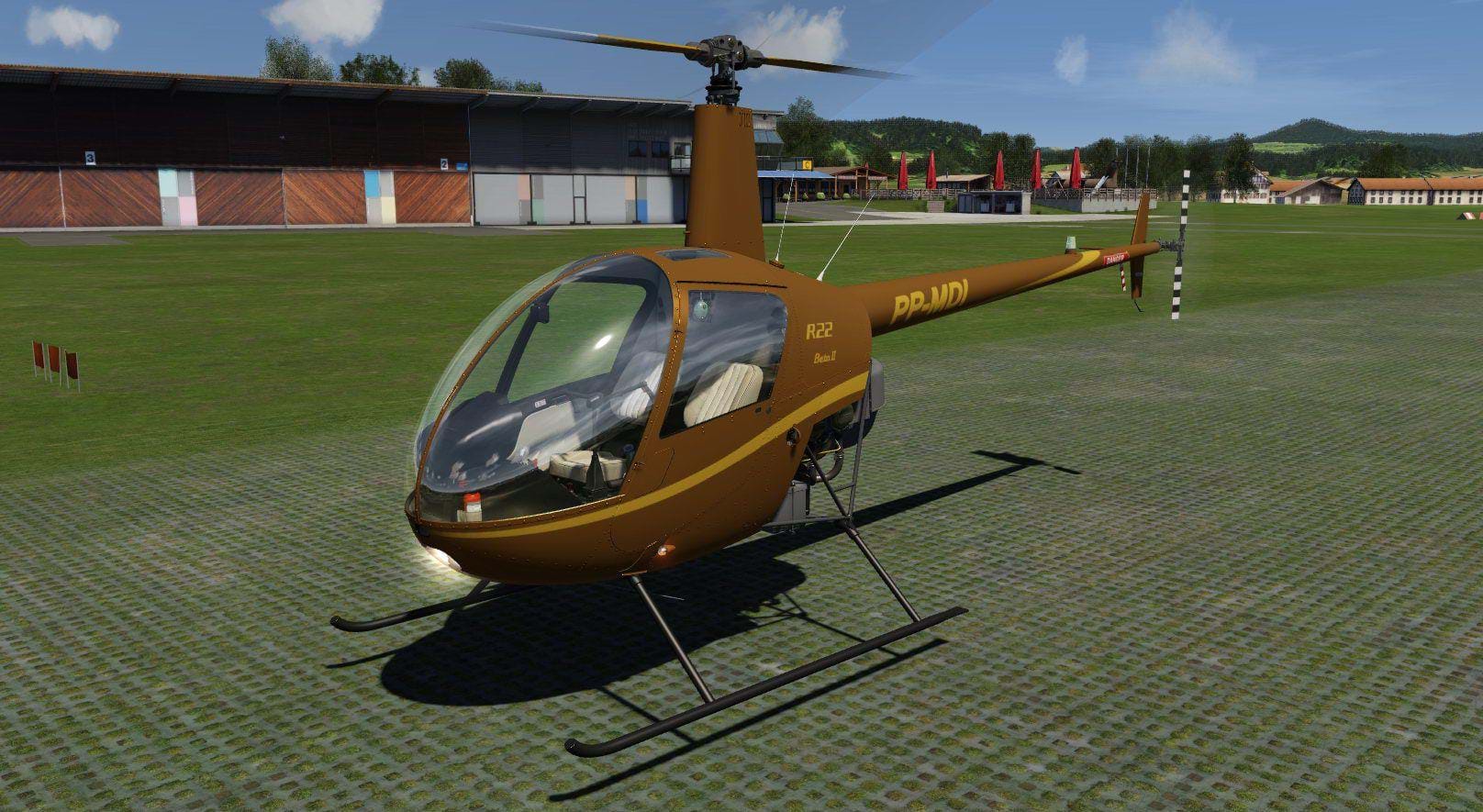 If you read our interview with Torsten Hans nearly 2 years ago you know helicopters were mentioned and that, eventually, an R22 would come out.

But what if I told you that they have one working in the sim in a very advanced stage? They didn’t tell anyone, there were no news, no hype, nothing. But it’s in the sim and working quite well already.

There’s a reason for that. IPACS (the company behind Aerofly FS2) is not the type of company that likes to build hype too soon. These folks are German, practical. They want to make sure they can do what they promise, when they promise.

They didn’t do a big fuss about other things such as ORBX scenery, for example, but when they mentioned it, they were 100% sure it was coming – and when it was coming.

So, I was really surprised when Torsten contacted me about a helicopter they had in the sim. “Cool”, I thought, “they are starting to put an effort on it”. Boy, I was wrong. They weren’t “starting” anything. The train was already in motion. Big time.

Torsten confessed me that they started working on helicopters after I first contacted them and mentioned we would like to see these machines on their sim. They had no plans to start working on them until I nagged them (poor guys).

I was in for some shocking stuff.

The first one was that the helicopter was already in the sim and working. You could fly around FS2 using a helicopter for the first time. It wasn’t just some testing they were doing. They are already tweaking and making it good.

The second shock was when I heard that one of the “real pilots” is no less than Mr. Claude Vuichard! If the name doesn’t ring a bell, Mr. Vuichard is the founder and president of Vuichard Recovery – Aviation Safey Foundation.

Mr. Vuichard is the creator of a set of new procedures that allow pilots to prevent accidents and help them save lives. From 1992 to 2005 he was the Presidential Pilot in Switzerland. He has been around the world talking about safety.

The LAPD has rewritten their procedures manuals for the aerial team to reflect his techniques. He is one of the highest authorities in the helicopter industry. And he is involved with IPACS in the development of helicopters! This is serious stuff.

Another shocking news was heading my way: IPACS wanted me to meet them in Switzerland and try the R22. No kidding.

There was another reason behind this as well. IPACS is working with another company (VRMotion – you can find the article here) in order to build an even more immersive simulation experience. This is actually how Mr. Vuichard became involved with IPACS as well and it’s a good indication of how seriously helicopters and their physics are being taken.

There was no way I could turn IPACS’ offer down and off I went to Switzerland.

When I arrived, Mr. Vuichard was testing something new IPACS had added to the R22 – some negative-G stuff that you shouldn’t do in the real helicopter. And now, due to Claude’s feedback and the good implementation of IPACS, you shouldn’t on the virtual helicopter either!

There was also another real pilot there (a commercial pilot, Christoph) that’s also helping the team. He was very curious about my experience with sims and other R22s and we exchanged some words about it.

I couldn’t wait to give it a try! 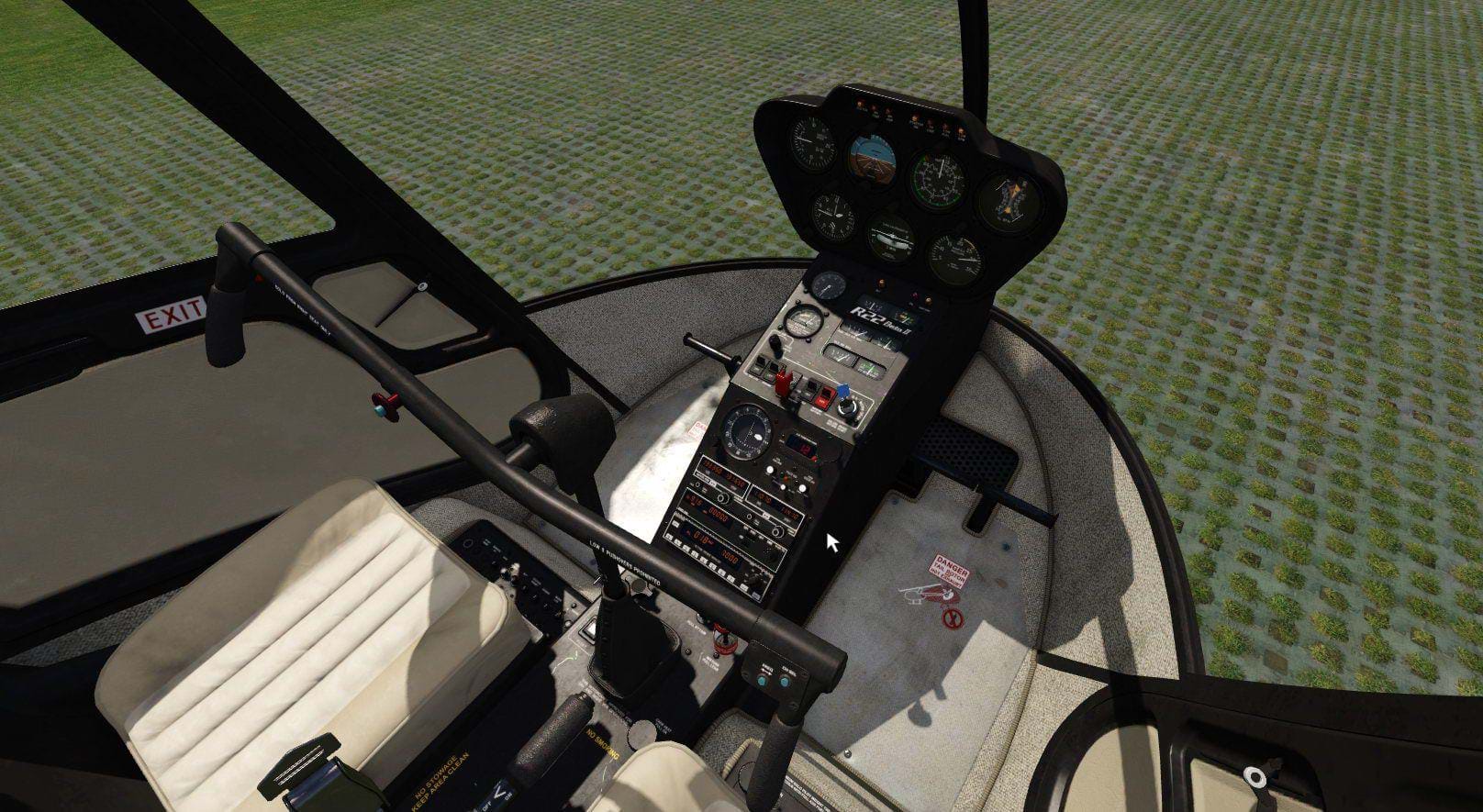 I strapped onto the platform and tried to get a feeling for the helicopter. VRMotion has a Pro-Flight-Trainer Puma and uses the HTC VIVE so, being the same units I use, I felt right at home.

This also allowed me to try the R22 using conditions that were known to me already. I had no adaptation period to the controls because they are the same I use.

Everything I was expecting to experience was there. The R22 is extremely twitchy so when the collective went up, I immediately had to start compensating with both pedals and the cyclic.

Since I was still getting the hang of it, I didn’t hover and went straight ahead. The helicopter was a bit unbalanced until more forward speed was gained. Exactly what I expected. After that, it was much more stable.

Now there were some things that I expected to feel but didn’t. Transitional lift was one of them. I asked Torsten Hans about it and he said it was there and it was validated by Mr. Vuichard. Since Mr. Vuichard was right in front of me (yes, I know, lucky me – I still can’t believe it happened), I asked why is it that I didn’t feel it.

Mr. Vuichard said it’s there but it’s just not a huge jump. I also think that the motion platform prevented me from gaining altitude too quickly as I felt what I was happening and corrected for it before my eyes noticed any huge changes.

I am waiting for IPACS to release a preview/beta to see how it goes without the platform. It’s not that I don’t believe them, but I just want to try it under the regular simming conditions in my rig (and I can’t wait until I can do that!).

I flew around the airfield, tried some maneuvers, hovered, did a 360 and finally tried an autorotation. “Tried” being the key word. I smashed the ground. It was probably survivable, but it hurt my ego. It was not easy. And it’s not in reality as well, so I was expecting it to end less-than-perfect.

Even without being finished, the R22 feels solid. It feels great and acts like a light helicopter should act. It’s nimble, unstable and quick to react.

It’s not an easy bird to fly but you eventually get the hang of it and it becomes a very fun helicopter to cruise around.

With the help of Mr. Claude Vuichard, that’s helping to tweak this helicopter (which will make it possible to practice the procedures Mr. Vuichard teaches) the R22 is becoming one serious helicopter in the sim world. As is Aerofly FS2.

Is there an “easy mode”?

Not yet. But Torsten told me IPACS will add an easier flight model for those that don’t require the hardcore flight model or don’t want to have to nearly learn how to fly the real thing (yes, that’s how demanding it is).

But hey: this is a helicopter. If you are into it, you don’t want it easy, right?

The model of the R22 in AF2 is gorgeous, as expected (as gorgeous as one can be). IPACS did an excellent job and there’s not a lot to be said. It’s an R22, folks. 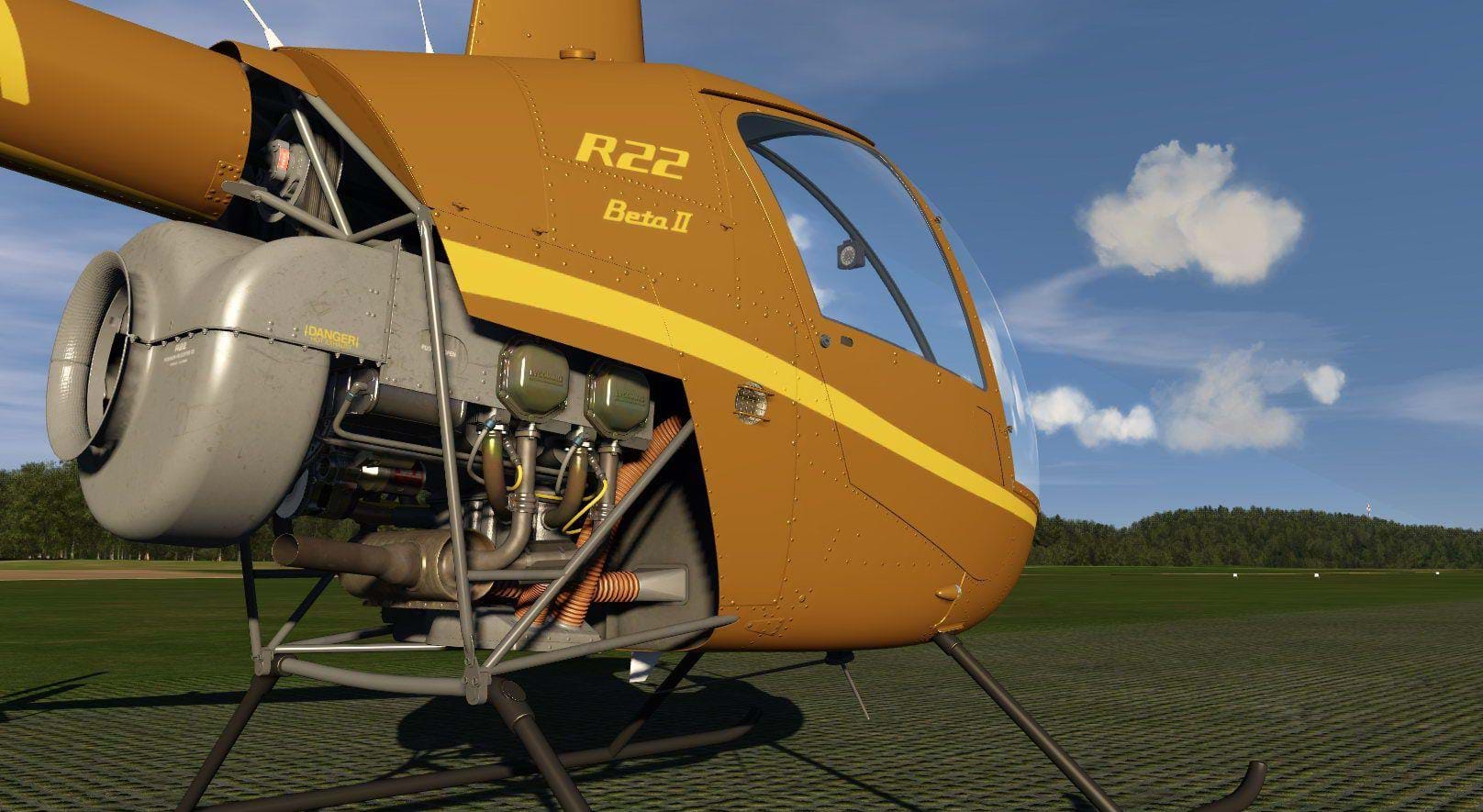 Yes, I know. We have plenty of R22s already. Why not an Enstrom or a G2 Cabri?

The R22 is one of the most used helicopters in flight schools and, even if the G2 Cabri is gaining terrain and getting a nice piece of the market share, the R22 is still big in the market and also simpler.

I would like to try out the modern glass-cockpit, fenestron-equipped G2 but that same glass cockpit would make the helicopter more complex and I believe IPACS wanted to have something out there as soon as possible. And it’s coming, folks.

From now on, helicopters will be possible in AF2. And I am very excited to see what’s coming.

I must confess: this might get me into putting a lot of hours into AF2.

When is it being released?

That's THE question, right? Unfortunately, IPACS has no release date as they are still working to tune the R22 with the help of Mr. Vuichard. The good news is that the company doesn't usually release any information with too much advance.

We can, probably, expect it within the next few weeks. This is no official information, though, so please bear with me and be patient with IPACS. I know it will be worth it.

A big thank you

I can’t thank IPACS enough for having me flown to Switzerland to see their work. It was a pleasure to try this amazing little helicopter, talk to the team and get to know what’s coming. Thank you.