The small trainer helicopter will see several of its systems updated and simpit builders are also in for a treat. 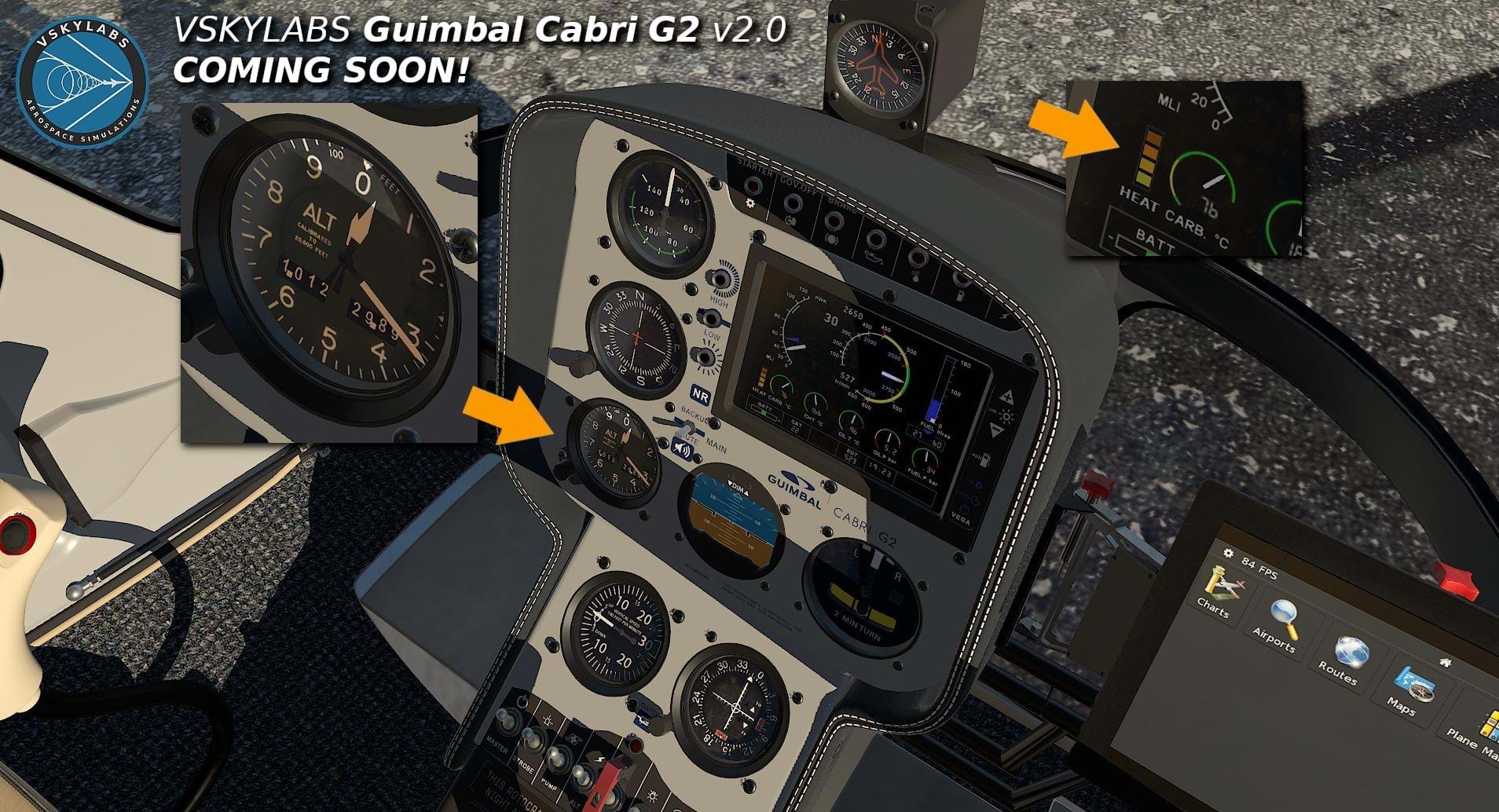 VSKYLABS recently posted on their Facebook Page that quite a hefty update to their Cabri G2 for X-Plane is coming our way.

This update will actually bring the small helicopter to version 2 and it will be released, for free, for those who already own the helicopter.

The VSKYLABS Cabri G2 has been one of my personal favorite helicopters and the updates coming up get me excited. But it should also excite you if you are a cockpit builder. Why’s that? Well, because, according to VSKYLABS, “the upcoming project Manual will include a dedicated internal wiring specifications directed for the home-cockpit builders...assisting in tightening up all the loose edges for every switch/lever/other function.”.

What an amazing treat for those that want to build a replica cockpit of the G2!

The updates are quite extensive as well:

Project v2.0 will introduce a new carburetor-heating system which is consisting a 3-position switch for off/auto/hot positions. Like in the real Cabri, a four-brick indicator informs the pilot the amount of carburetor heating which is actually measure in the carburetor inlet.

The electrical system is also getting deep and thorough update, with the goal of having most of the relevant circuit breakers wired and operational.

This update should be released through the VSKYLABS auto-update system, so you should not need to do anything once it’s out. The team hasn’t indicated a release date but they did say it should be out “soon”.

If you don’t own the VSKYLABS Cabri G2 for X-Plane, you can purchase it here.