The company has been awarded a series of contracts as part of the USAF “Pilot Training Transformation” program. 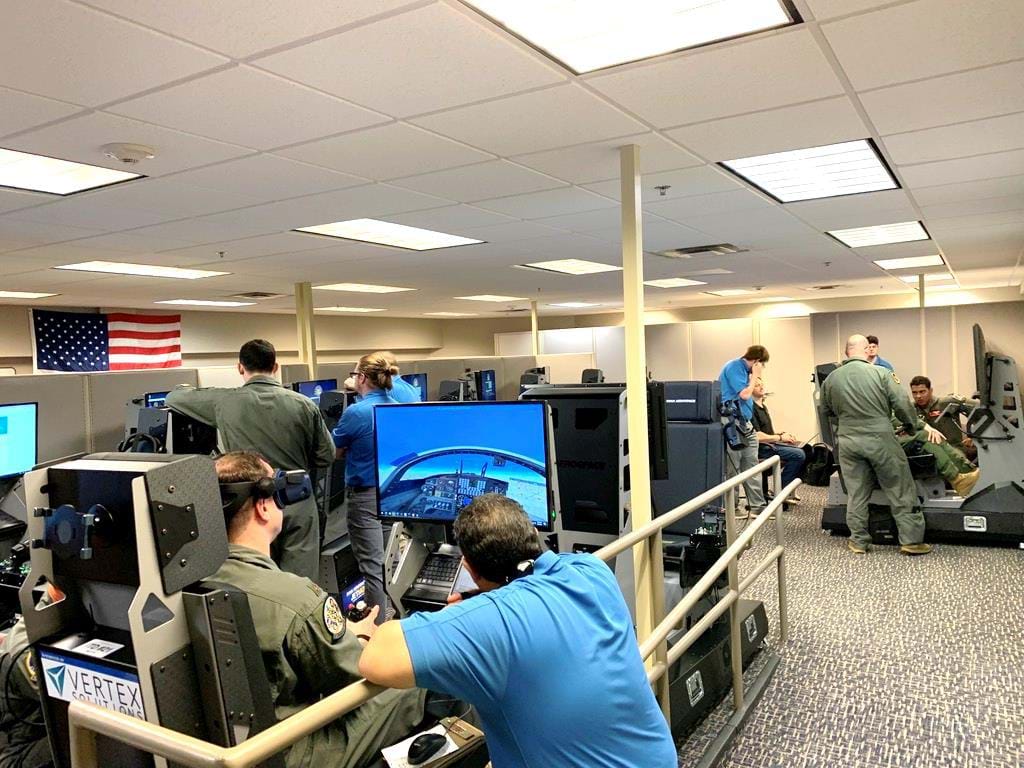 Here is the full press-release:

Australian Defence Minister, the HON Peter Dutton today announced that RYAN AEROSPACE (Australia) has been awarded a series of contracts to supply nearly 300 jet fighter and helicopter training simulators to the US Air Force as part of the innovative new program known as “Pilot Training Transformation” or PTT.

“This is another example of the way defence industry in Queensland, and across Australia, is showcasing Australian innovation and ingenuity on the world stage,” Mr Dutton said.

The Gold Coast firm is seen as a pioneer in the development of a new generation of flight training devices that leverage virtual and mixed reality technologies.

In recent years, the US Air Force has suffered not only from a shortage of pilots, but also a shortage of flight instructors who can deliver one-on-one training to the students. Further, it has proven cost prohibitive to procure more traditional simulators because of the extremely high cost. The government’s Defence Innovation Unit (DIU) were tasked with looking to industry to find a better way to train pilots and RYAN AEROSPACE as a partner with Vertex Solution, LLC were one of the many companies that made a submission to the government.

RYAN AEROSPACE developed a modular and reconfigurable flight training simulator that can be modified to represent a number of different fixed wing and rotary wing aircraft. The simulators offer much greater value for money and have only a very small footprint compared to traditional training devices.

Coupled with a learning management system, the simulators allow a change of instruction from a "teacher-centered" model to more of a "learner-centered" training model. In other words, students (with the help of a virtual instructor) can virtually teach themselves many of the desired learning outcomes. The system is supported by an after-action review software package that automatically assesses, grades and logs the student’s performance.

Major General Wills, 19th Air Force Commander has said “It’s not because the VR puts magic in your head, it’s because the student has put hours and hours of practice into a very realistic training situation. It’s not that we want to cut those hours, but If I can have you solo by ride 4 (as much as 10 rides sooner than normal) imagine what I can you do between rides 4 and 44."

Managing Director of RYAN AEROSPACE, Chris Ryan said "we are honored to partner with the US Air Force and prime contractor Vertex Solutions to work on this ground-breaking project as well as with other partners in the supporting the project such as Precision Flight Controls, D-Box and Brunner Elektronik”.

In addition to its high-profile clients like the US Air Force, US Army, US Navy, and Vertex Solutions, RYAN AEROSPACE have an impressive customer base including the likes of Boeing, Lockheed Martin, Sikorski, Airbus Helicopters, CAE, the Australian Army, the Royal Australian Navy, the Singaporean Air Force and NATO to name just a few.

RYAN AEROSPACE products can be seen at I/ITSEC, the world’s largest military simulation and training event in Orlando, USA from November 29 – December 3.