Jan 23, 2018 | by Sérgio Costa
DCS
DCS, Eagle Dynamics, Roadmap, DCS 2.5
As promised by Eagle Dynamics, DCS 2.5 is upon us. There has been some posts out there indicating what to do but if you are still in doubt, here's the roadmap.

According to the post on the official forums, we will have 2 versions for DCS instead of the current one: 2.5 and 2.5 Beta. This is pretty much what we see in a lot of software out there, where there's a final version and a more advanced one.

ED tells us to not delete anything prior to updating as the updater will use a lot of the files and, if necessary, do all the cleanup.

This update will be delivered in 2 stages, with the 2.5 beta being released first (for those that are using 1.5.8 openbeta and the final one a in a couple of weeks:

Gentlemen, here is some explanations how your current 1.5 (and/or 2.2) will be converted to 2.5, please take a look the attached diagram. Transition will be made in 2 stages:

Some time (maybe one-two weeks, we hope no more) for wide test of this procedure.

2 stage: Release version. 1.5.8 release updated to 2.5.0. User will be prompted before update about saving 1.5.8 Final version in the separate directory.

Activations. All activation keys are saved in Windows Registry and NO additional activation needed.

1.5.8 Final version installer will be available on DCS site. 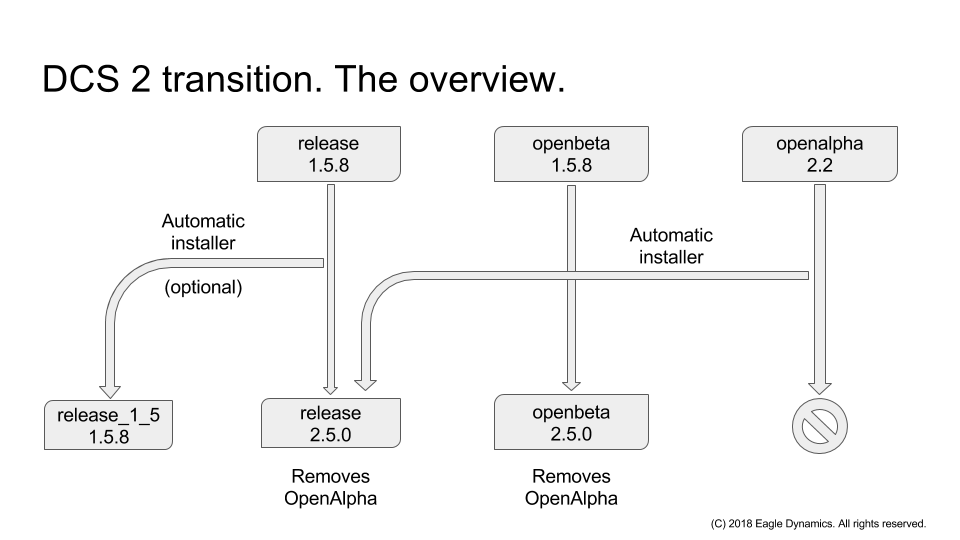 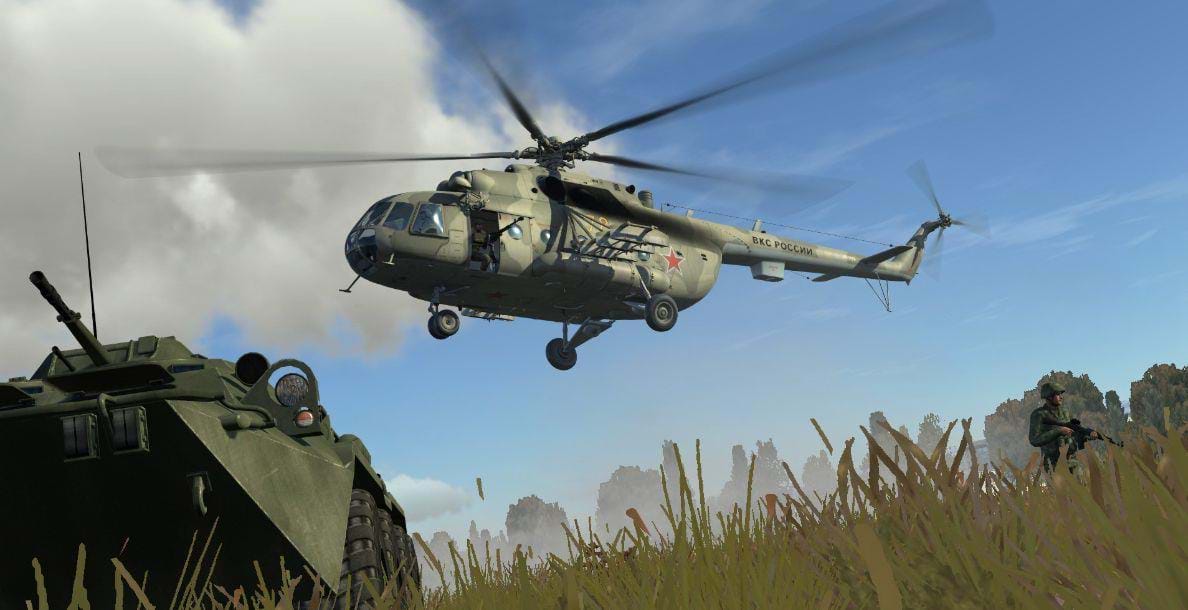 DCS 2.5 to "make helicopter missions much more fun"
Read next