Payware Gazelle for X-Plane under development

While not exactly fresh news, I have decided to gather all information on Simon Rowe’s next project: a payware Gazelle for X-Plane. 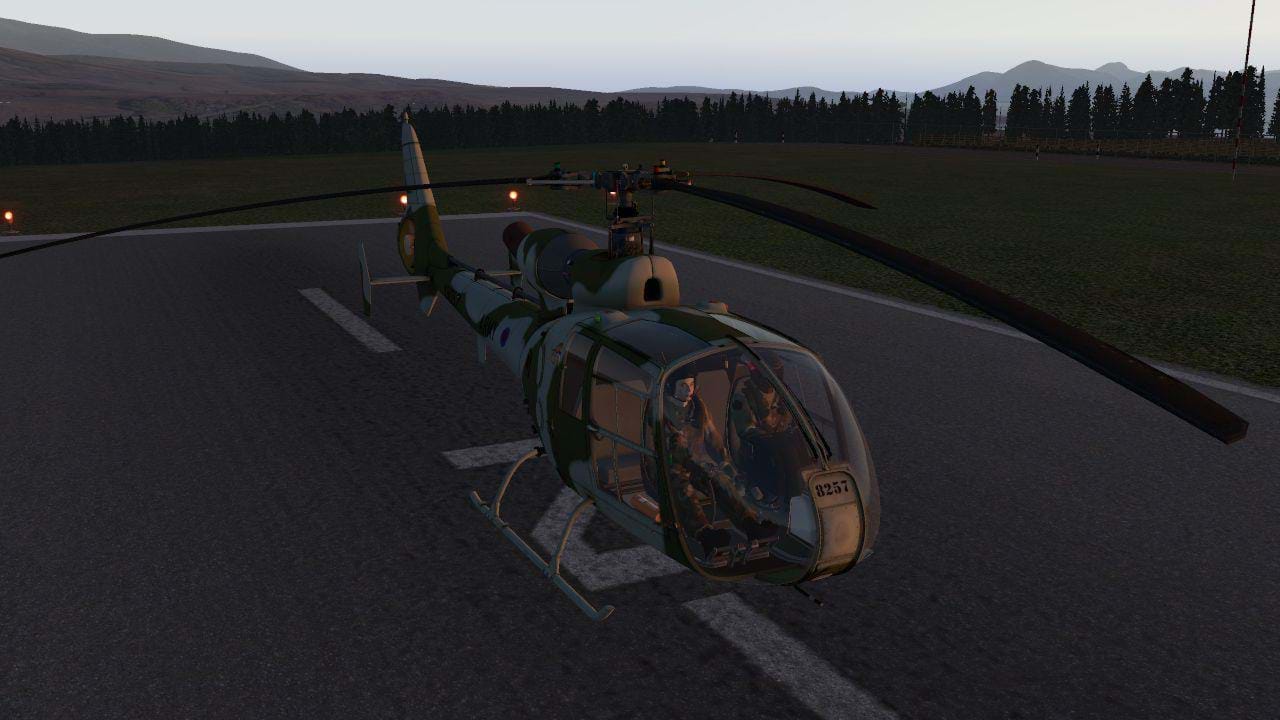 The cat has been out of the bag for a few days already. At our Facebook group, Simon Rowe, the author of the Bell 206-19 is now working on his first payware project for X-Plane.

Simon has been working on the 3D model (improving, optimizing and scaling everything to perfection) and we will be able to fly 2 versions: the military 341 and the civilian 342.

Don’t expect Simon to just be throwing a new coat of paint as “these will not just be livery differences, but 2 separate physical models”.

Speaking on a new paint of coat, don’t let yourself be fooled by the fact that this is Simon’s first more “serious” gig. He is working hard to get everything done the way he believes it should, that includes all work on the model and textures. He is working on all the instruments, radios and art from scratch (the actual helicopter model was acquired and it’s being heavily modified – something a lot of developers already do, which decreases development time and, a lot of times, allows them to release a better-looking, professionally developed model).

How “realistic” will it be? 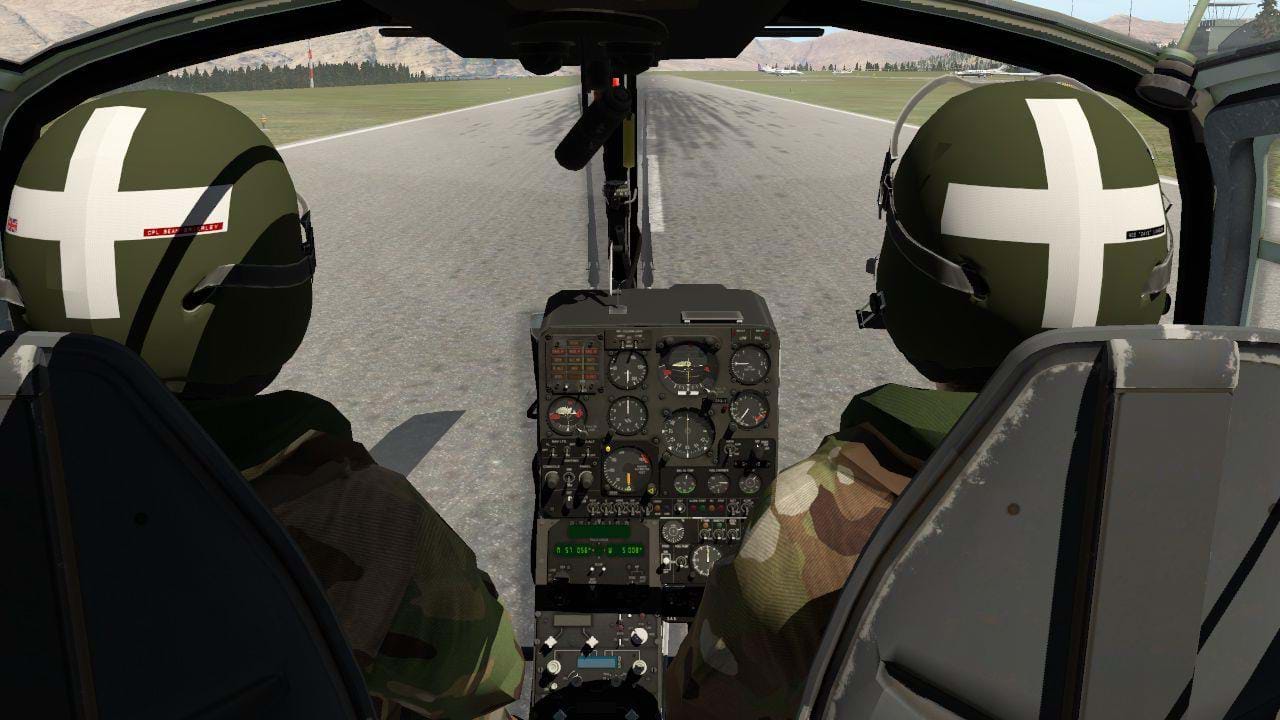 As much as possible, under the regular limitations.

We will be able to interact with everything inside the cockpit. Simon does not promise everything will work perfectly (at least not right from the start), but we will be able to flip all switches, push all buttons and the entire start up and shut down will be replicated from the real deal. 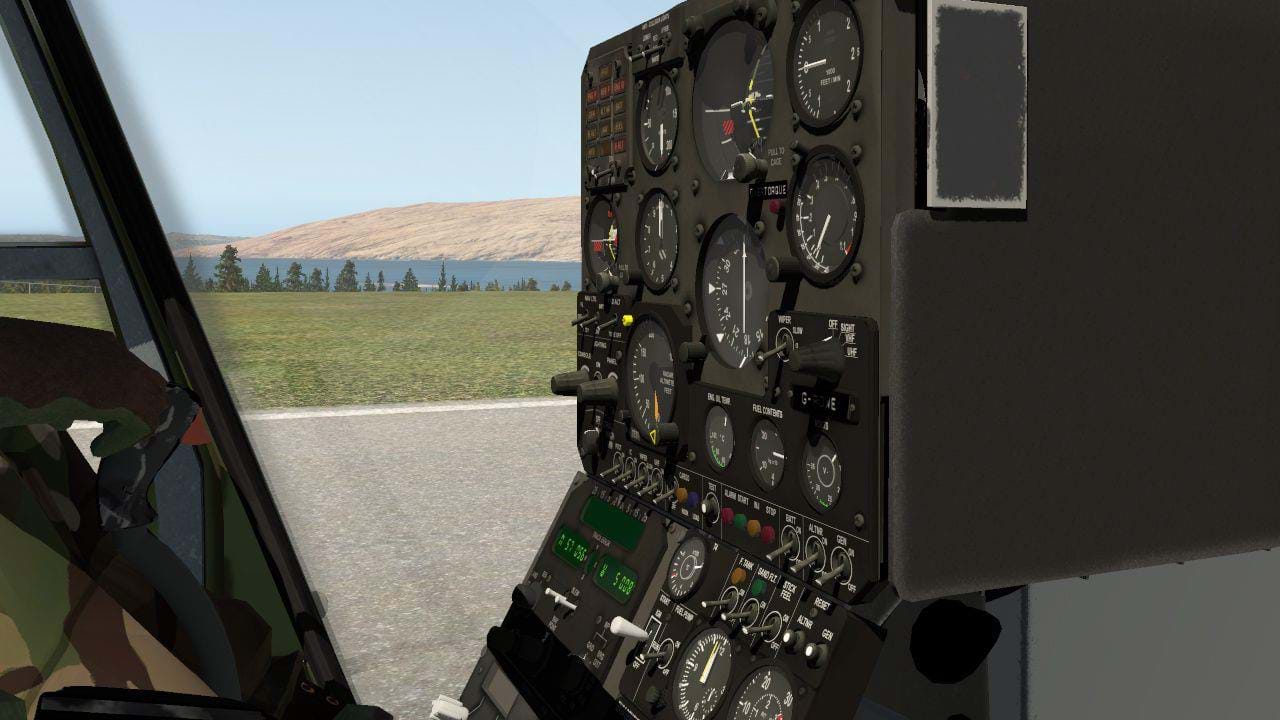 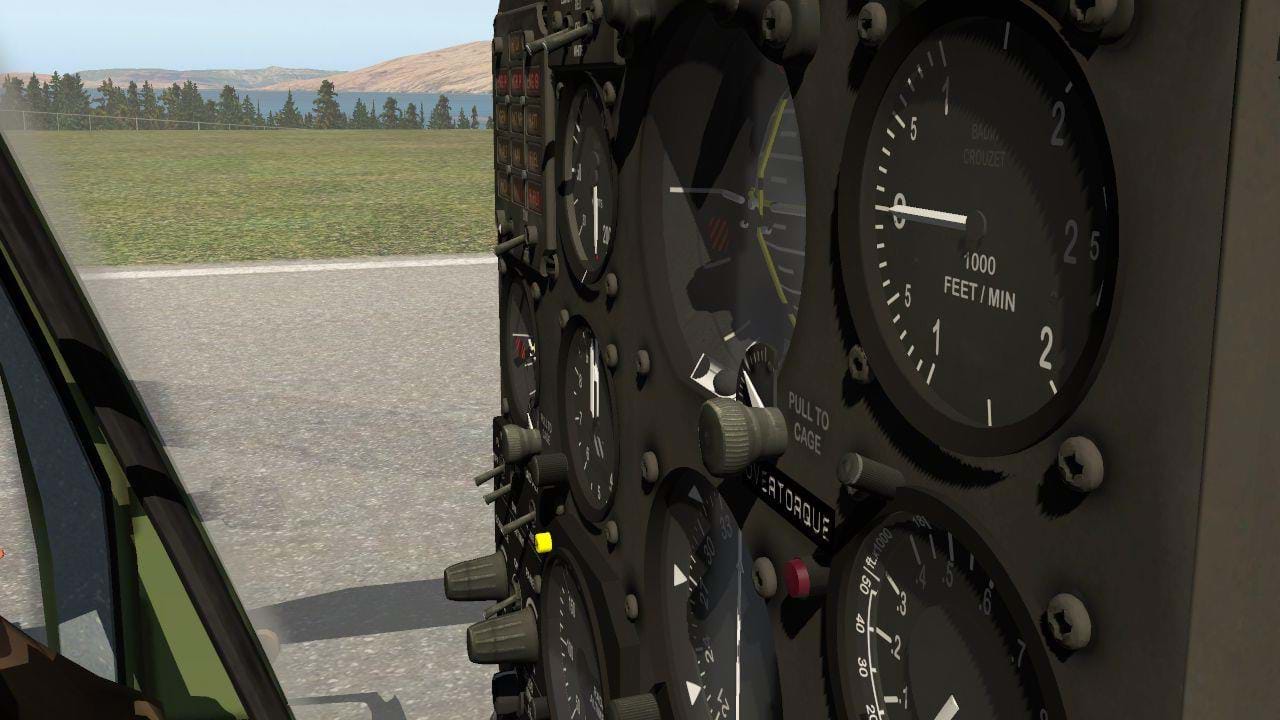 The flight model will be based on what X-Plane can do, with perhaps some tweaks using XLUA. When asked about any custom plugins, Simon has had some bad experience with it as “they cause issues cross platform, I used a custom plugin in the early days of Bell 206 and it caused no end of issues, ultimately, they are only a set of instructions that can only interact with what X-Plane is capable of.  I will stick with XLUA developed by LR and used on all of their stock planes with no cross-platform issues”.

Sounds like the reasonable path to follow for sure. As much as we want everything to be close to the real helicopter, I believe that a hassle-free experience usually overcomes that. It’s not good for a developer to have a chunk of users not being able to enjoy his work. This usually means having to be constantly fixing things. And that could lead to developers giving up or worse: burning out. 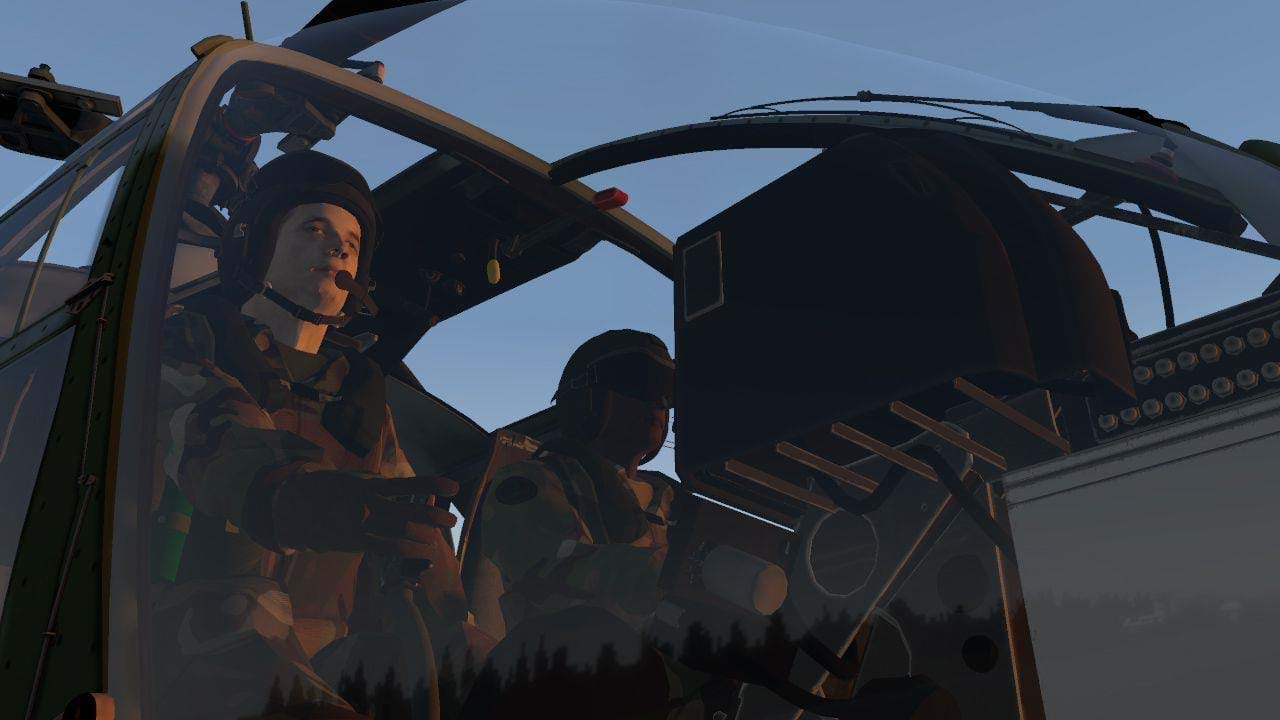 While the 341 will be pretty much a “basic stick and rudder model”, Simon will attempt to program the (position speed bearing distance indicator) and integrate it with the default flight plan system.

As for the civilian counterpart, it should come with modern aids and have cooler toys. Perhaps Avitab, for example?

Despite X-Plane’s limitations (come on, Laminar, we need better sling-loading abilities), a system that could be invoked in flight, with audible cues (this reminds me of the Alpine Hoist [/previews/swisscreations-alpine-hoise-x-plane-10-11]) since the 341 model will bring 2 crew members – a pilot and co-pilot.

This should be quite a challenge – especially without the use of a plugin as mentioned before but could be something cool and fun and perhaps even the start of something that can grow and become better over time.

FMOD all the way here. But with some nice tweaks.

Simon’s plan is for us to be able to turn the intercom on and get the co-pilot do some basic call outs.

The military UHF and the VHF combat net radio don’t work on X-Plane, so the plan is to add some chatter in a few frequencies (something Simon is already doing on his B206-19).

Yes, it will be VR-ready!

Simon has a few other plans but some of the stuff he’s not disclosing right now. There is a lot of research and development to do on some of the areas – remember, this is Simon’s first commercial project, which he’s building on top of the experience he had with the 206-19.

I’m sure Simon will keep us updated on our Facebook group and that he’ll be providing us with some more info here on the website as well.

None. Not right now. We’ll have to be patient and let Simon do his thing. 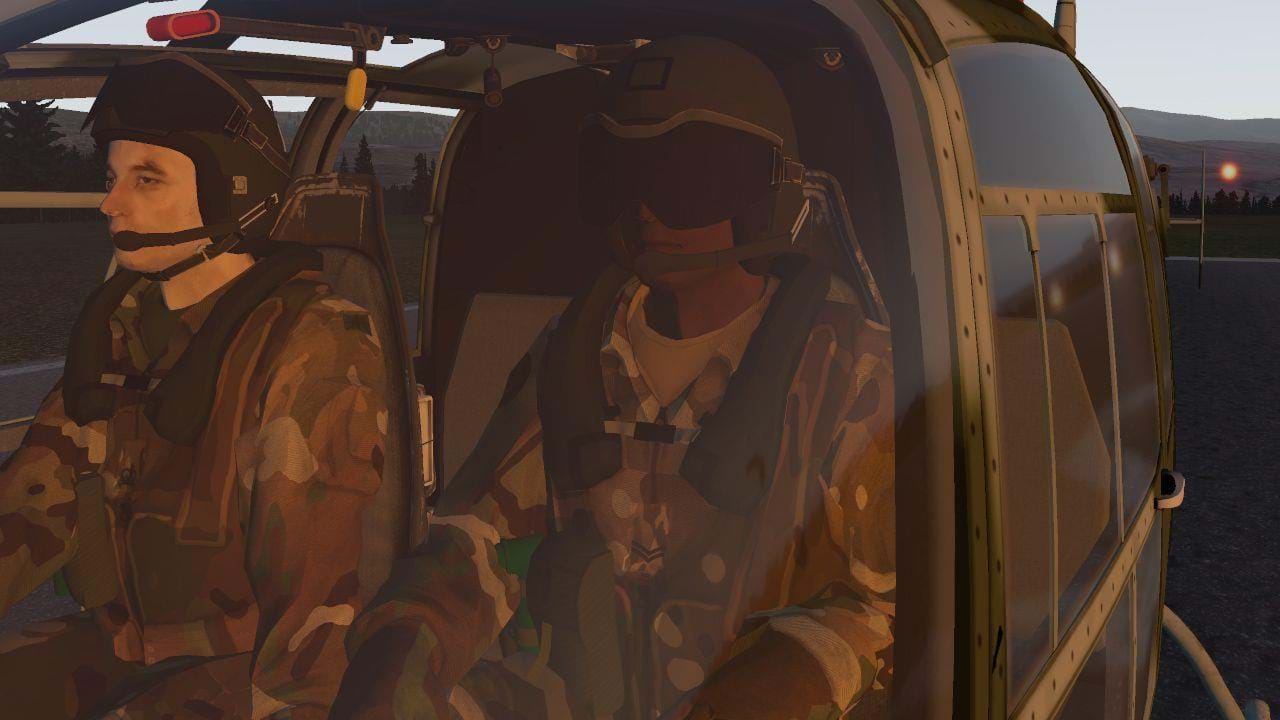 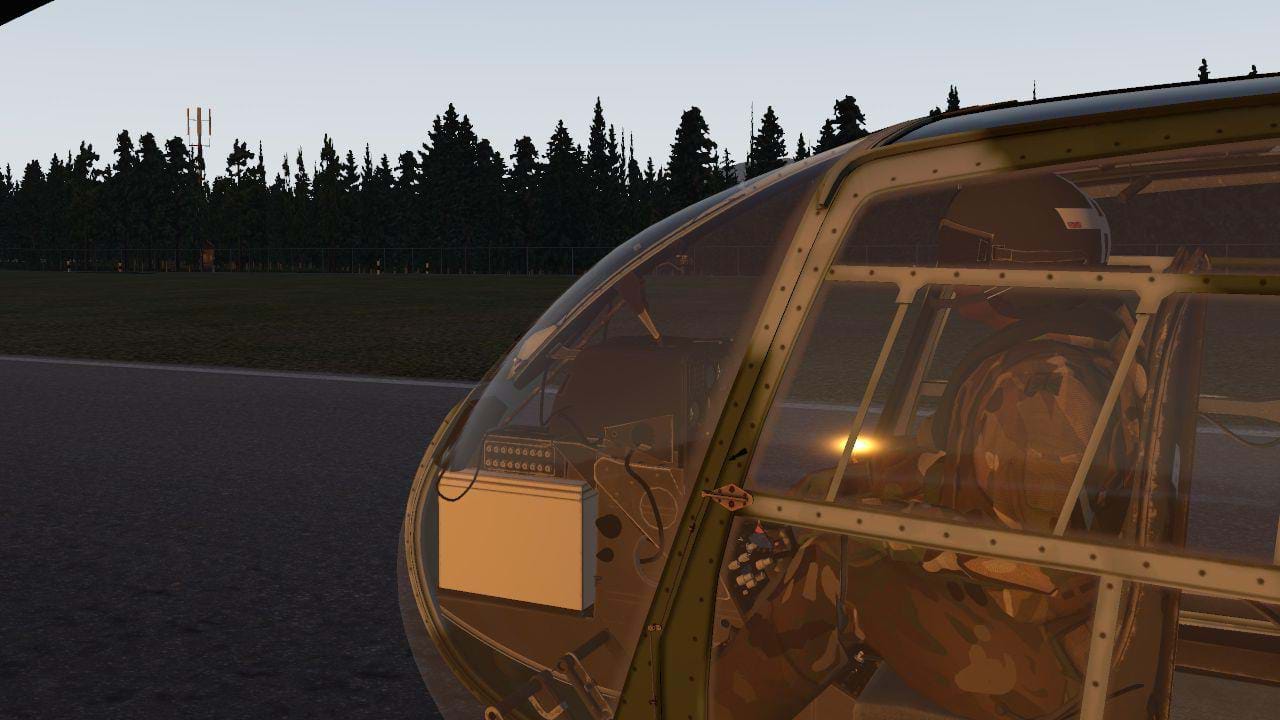 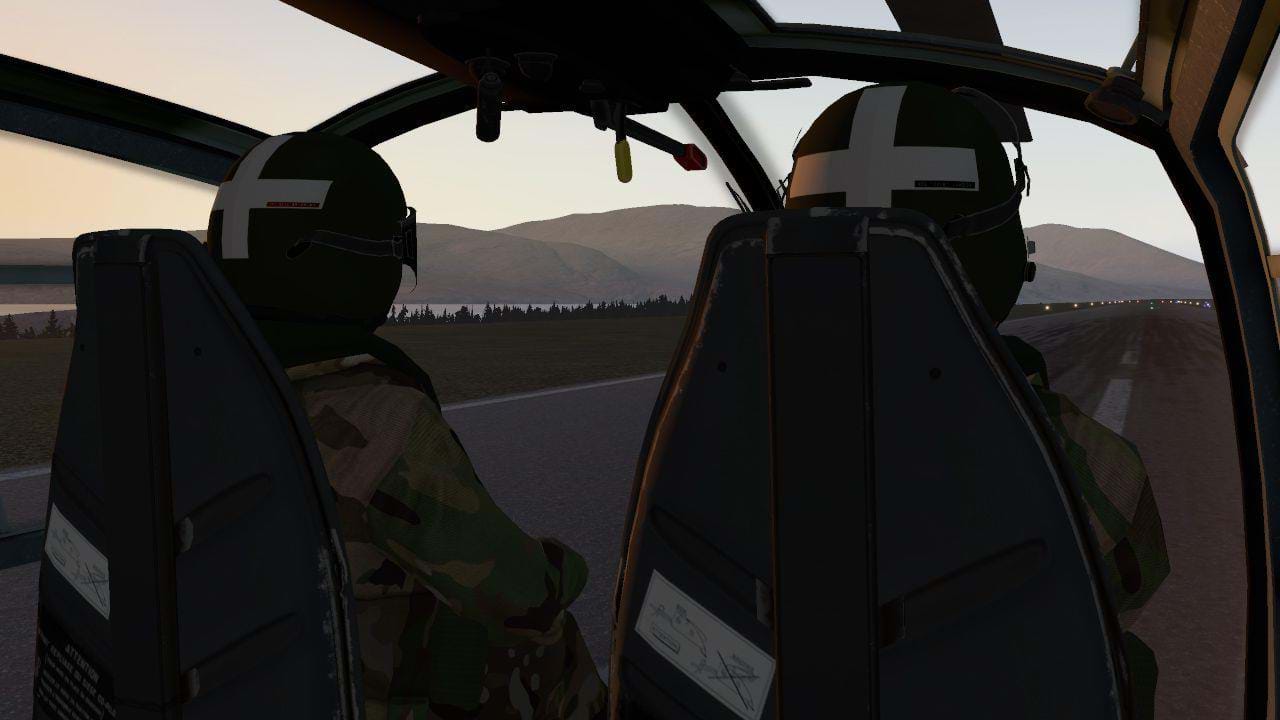 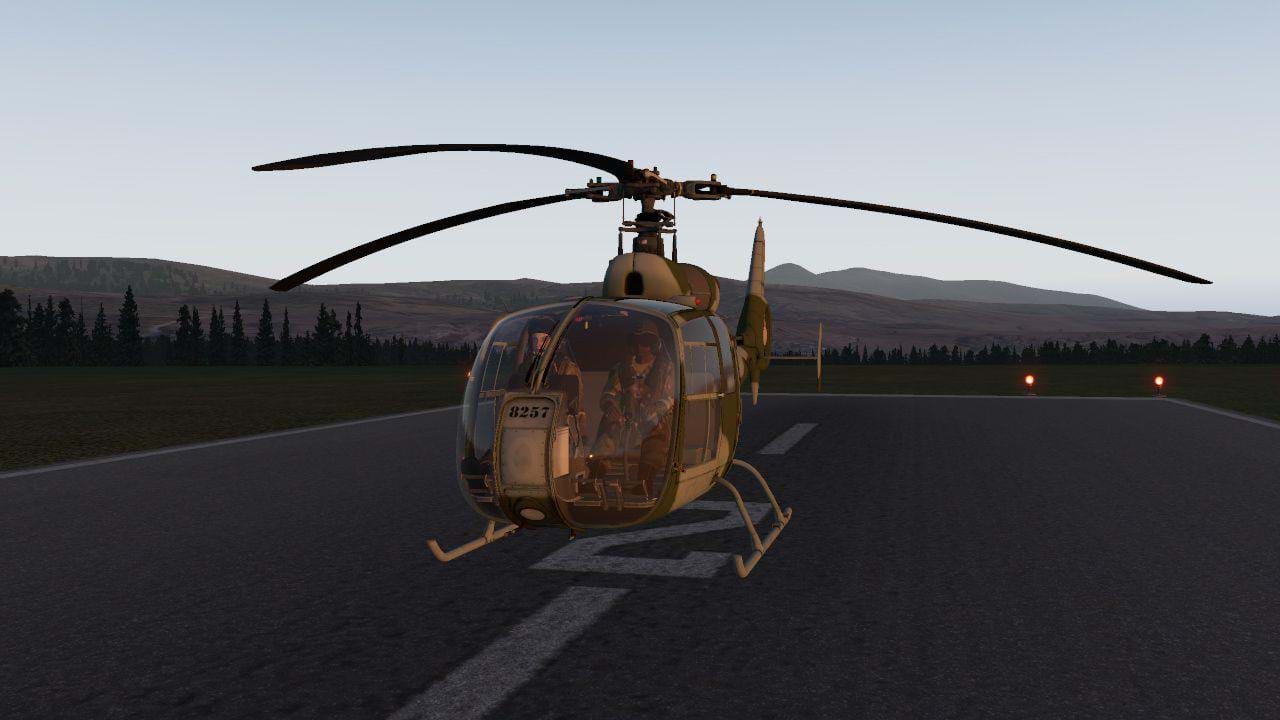 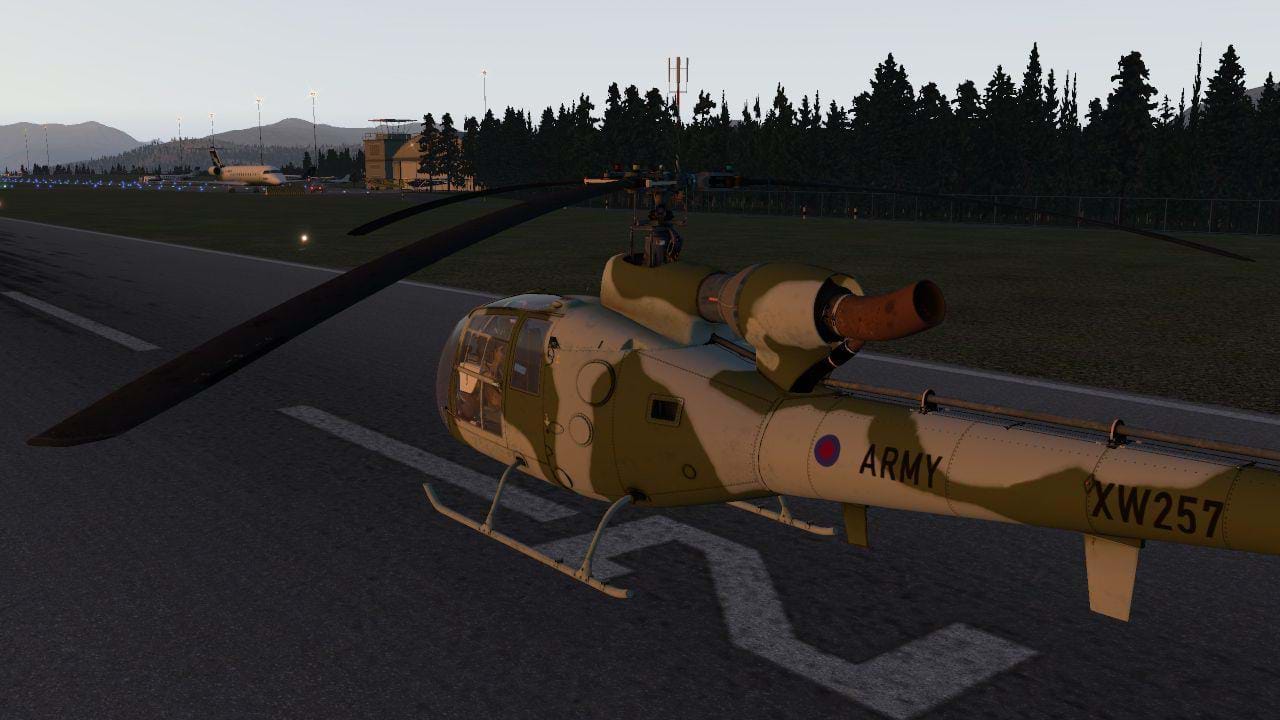 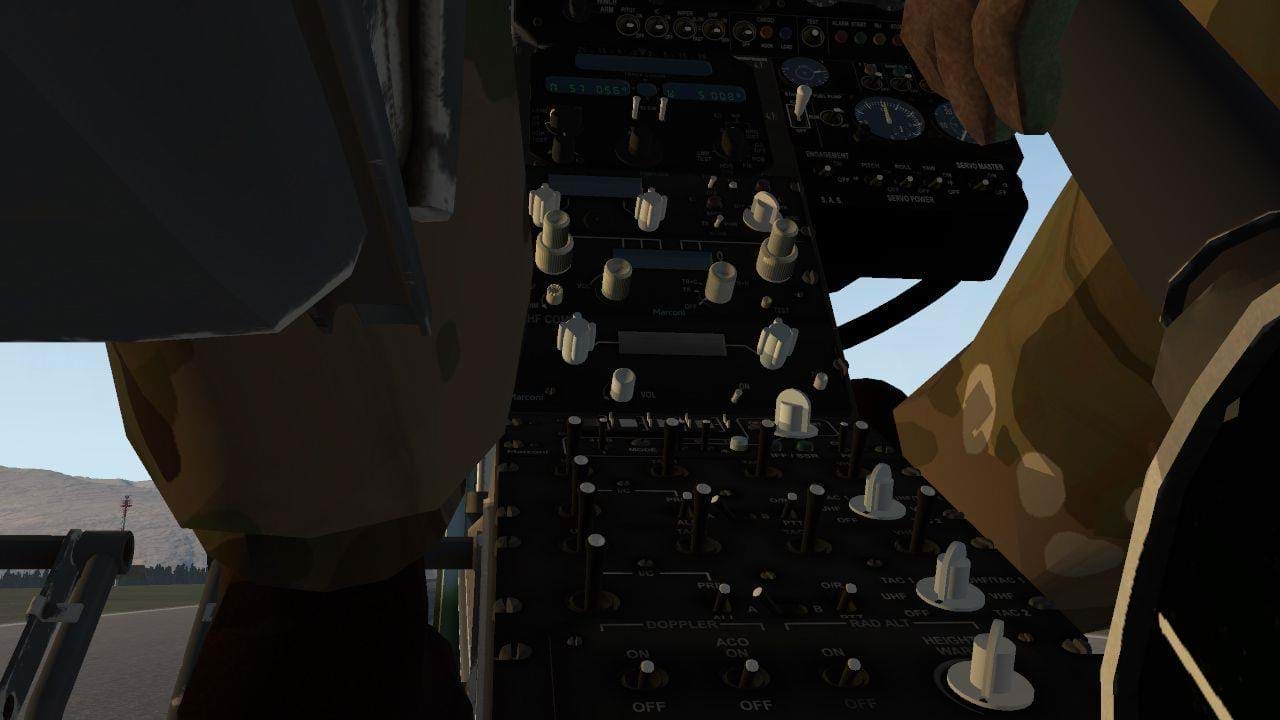 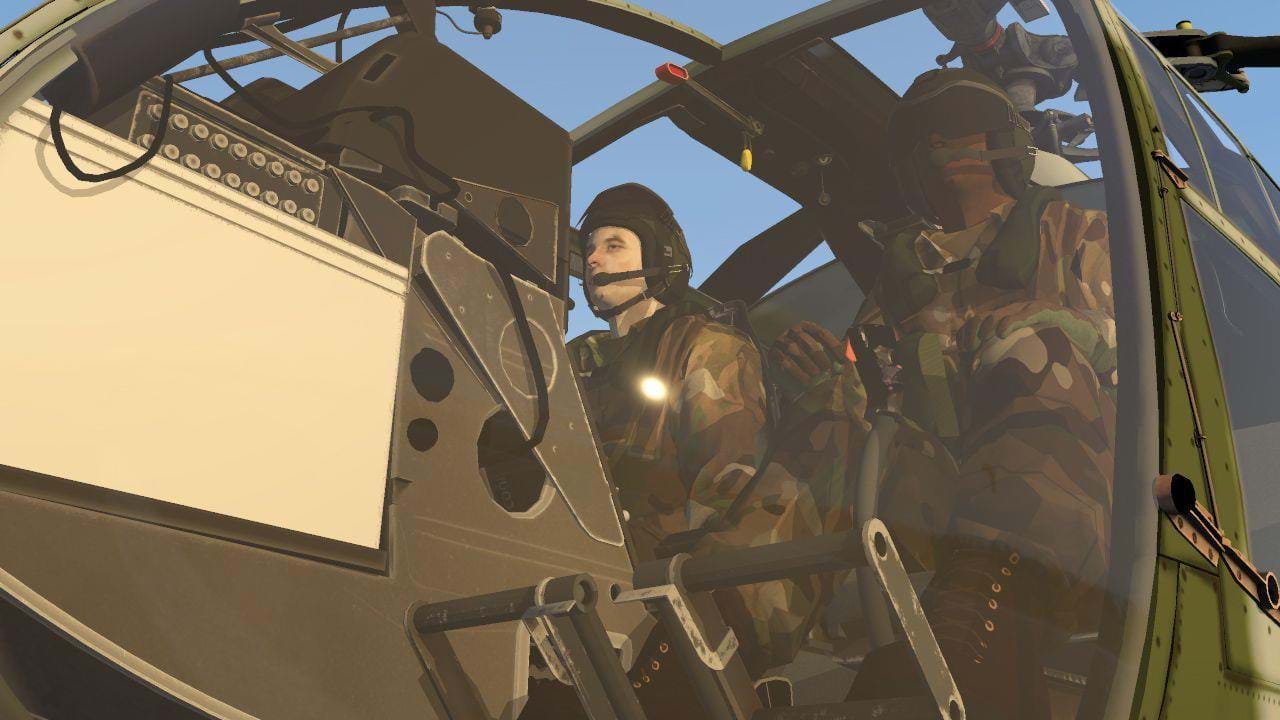 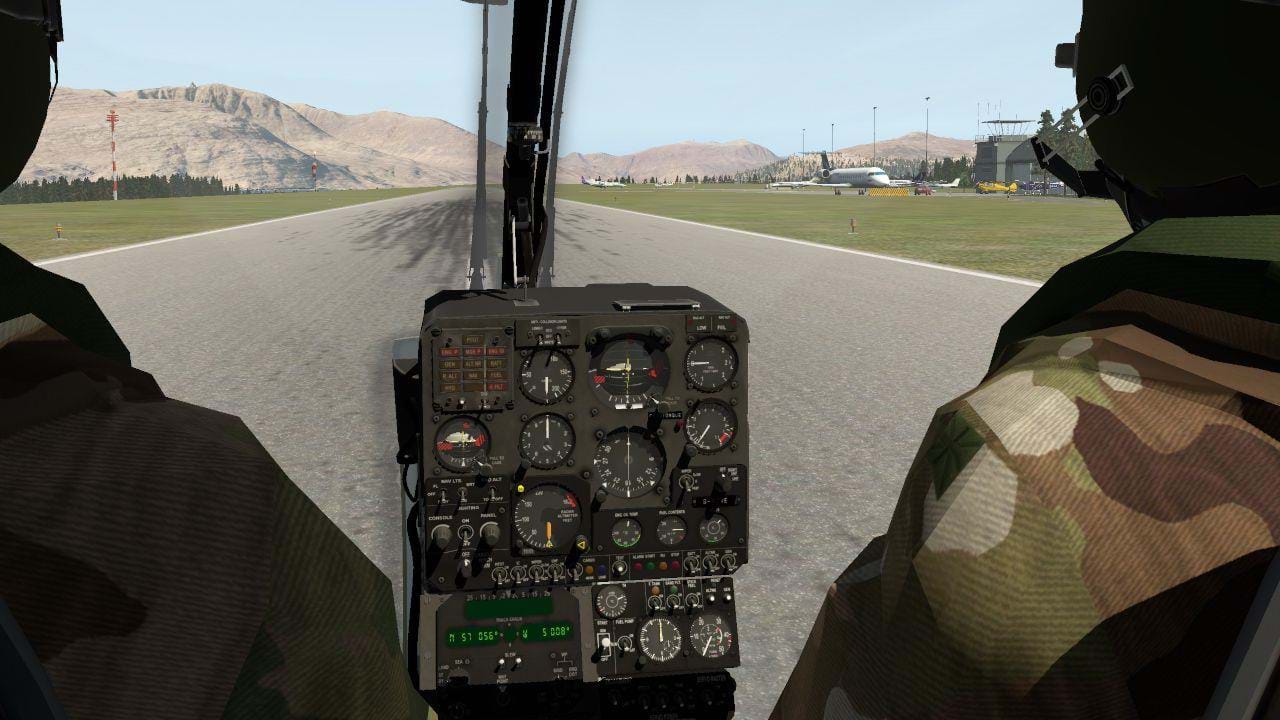