The MSFS Guimbal Cabri G2 was released with a single livery so Parallel 42 decided to solve that – for both PC and XBox users. 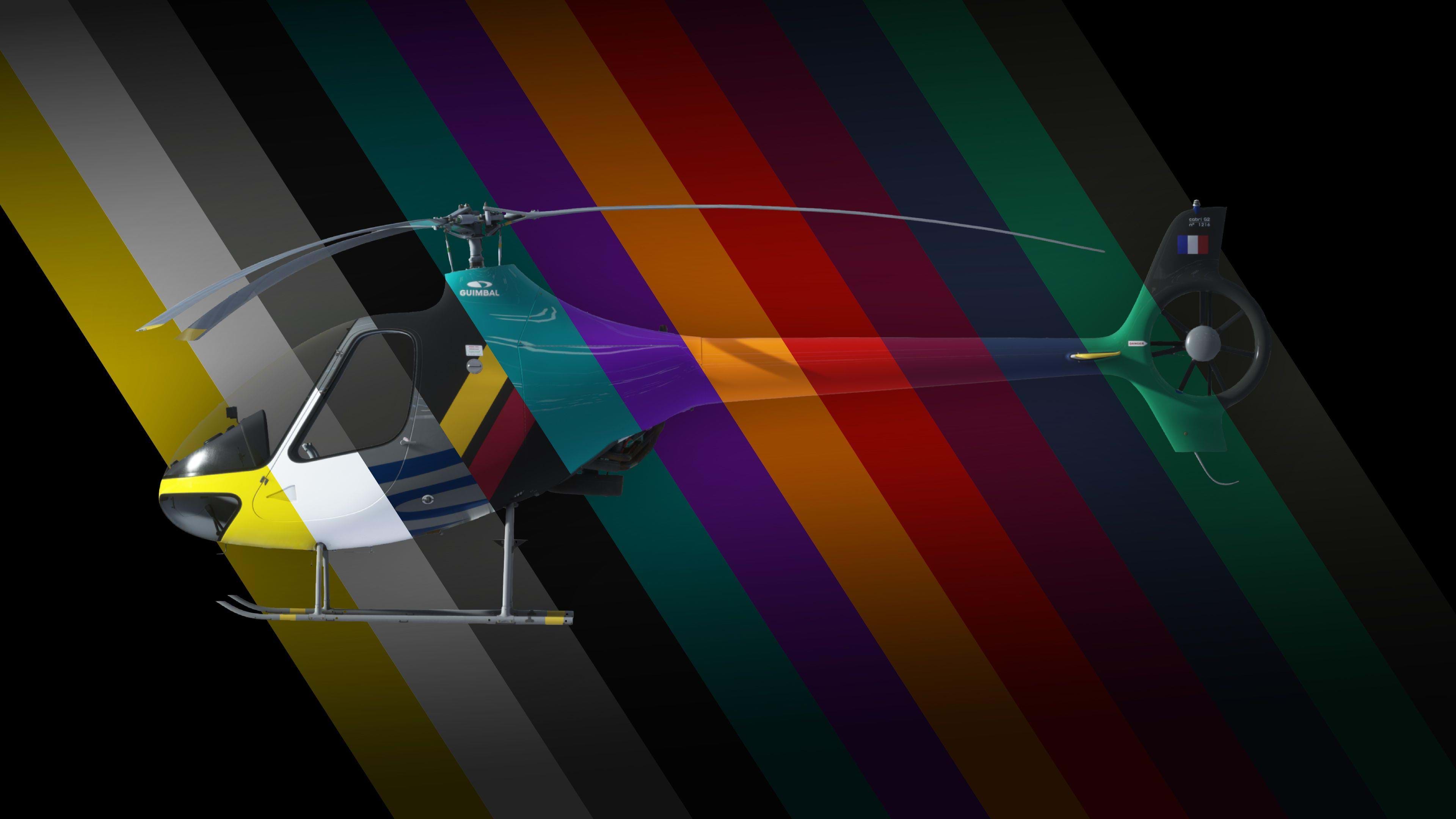 This way, both PC and XBox users can get it. And yes, it’s a paid package.

More liveries are always nice to have and this $7.5ish (depending on the exchange rate) package brings 12 new textures for the Cabri G2. 10 solid color ones, 1 “designer” livery, and 1 “branded” livery for Parallel 42. 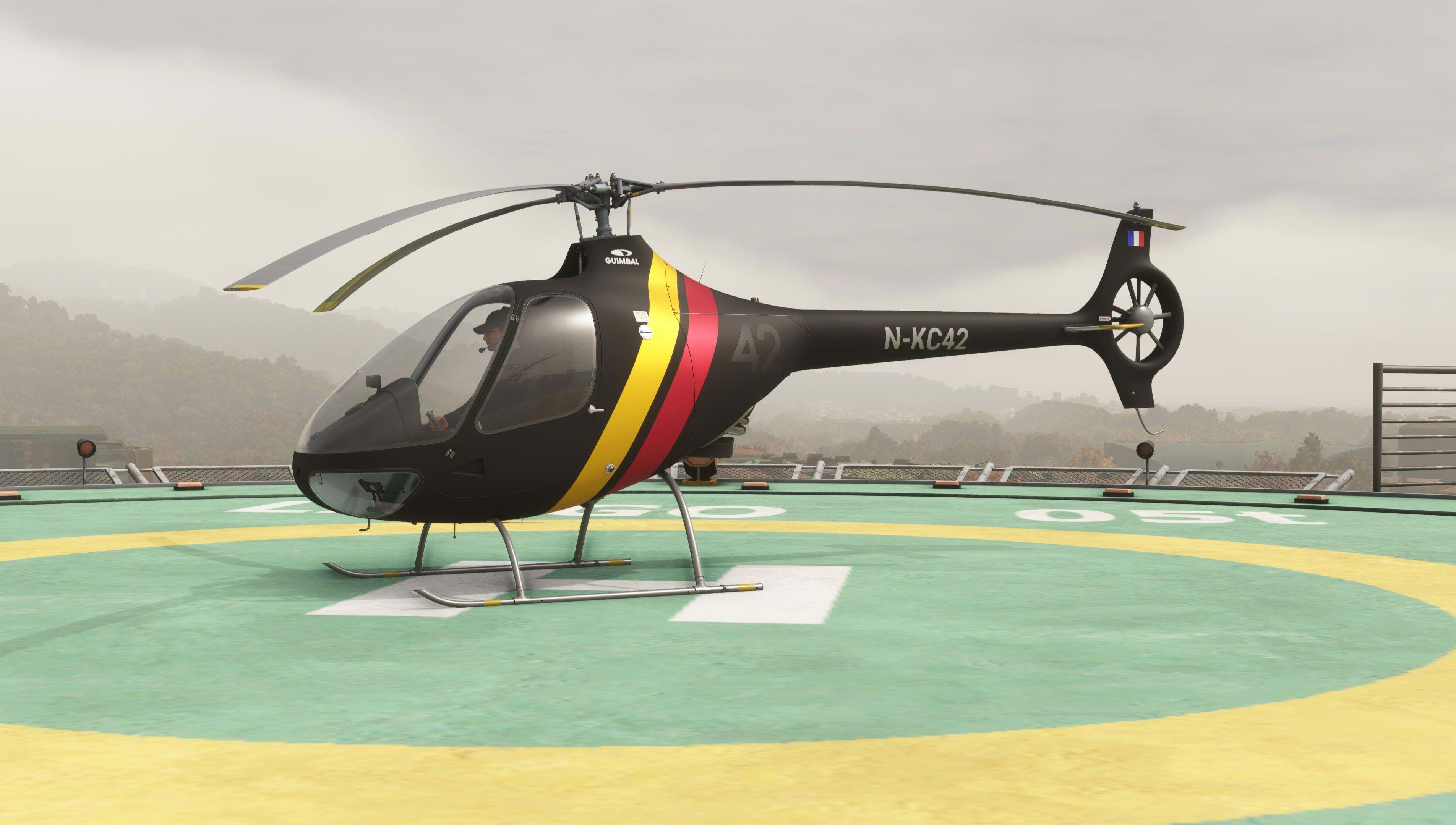 All right let’s get the obvious out of the way. And address the elephant in the room.

Well, because someone took time to make it. It’s their work and they are entitled to get some money for their time.

Do I think it’s OK? I have to tell you I find it odd. Honestly. It’s weird for me but that’s probably because a) we don’t see it that often and b) I can make my own liveries, so I just do them if I want to. I guess? 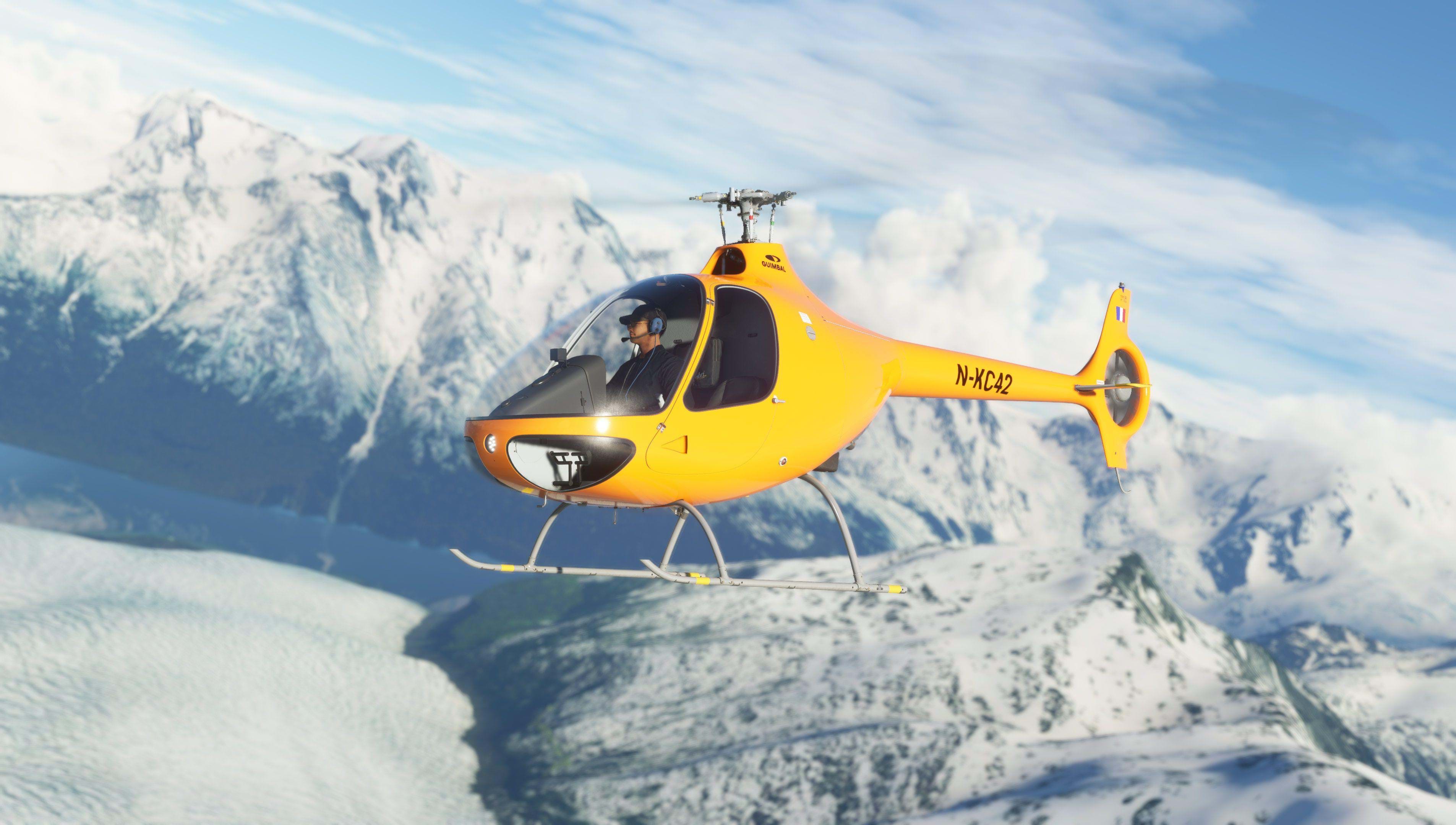 Again, no one is forcing anyone to buy it. And it’s still a service //42 is providing the community and especially the XBox users. Would I like to see some freeware liveries for XBox? Yes. I would. Very much. I think it would be cool if //42 released at least their own livery for free for the console.

Here’s the thing, though: the MS marketplace does not allow for freeware stuff, though. And when the pack eventually lands there, it has to be sold for some money.

I really feel like I have to address this. I wish we had a bit more visual variety. 10 solid colors are fine but…

I feel like //42 could have gone a bit further here. And I know they are always listening so I hope they do because I think that it wouldn’t be too hard to get some other quick liveries that could be visually more interesting.

Why not grab the designer livery and replicate it with different colors, for example?

Or even the //42 branded livery? Perhaps getting a white version as well? 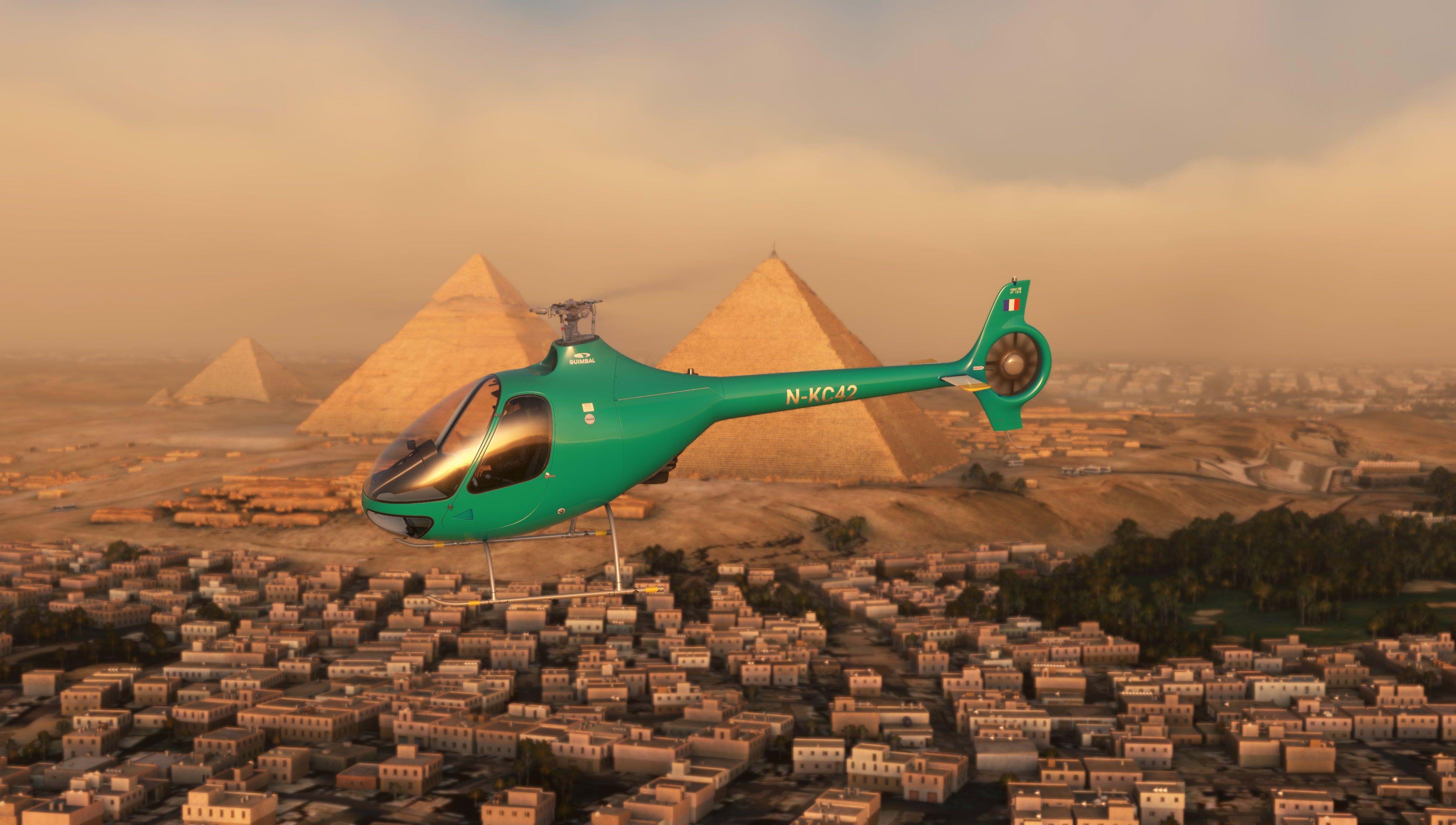 I think they could have added some quick ones to the package. The hard part of the work was already done. Look at that beautiful designer livery. Change some colors around and you could have 5 or 6 more cool combinations. No need to do anything special.

Am I saying the package offers too little for the price?

No. I’m not saying that. But I believe people could perhaps value the package a bit more if there were some more variations. It’s hard enough to get people to appreciate the work artists have when doing this. I think offering a bit more variation would only help.

Regardless of anyone’s opinions, //42 is including the XBox crowd and that is amazing.

Update: //42 confirmed they are working on another package, the "Designer Pack" with more complex liveries being worked on.

Get this package at Orbx.