The company reached the major milestone that allows potential clients to pre-order their units. 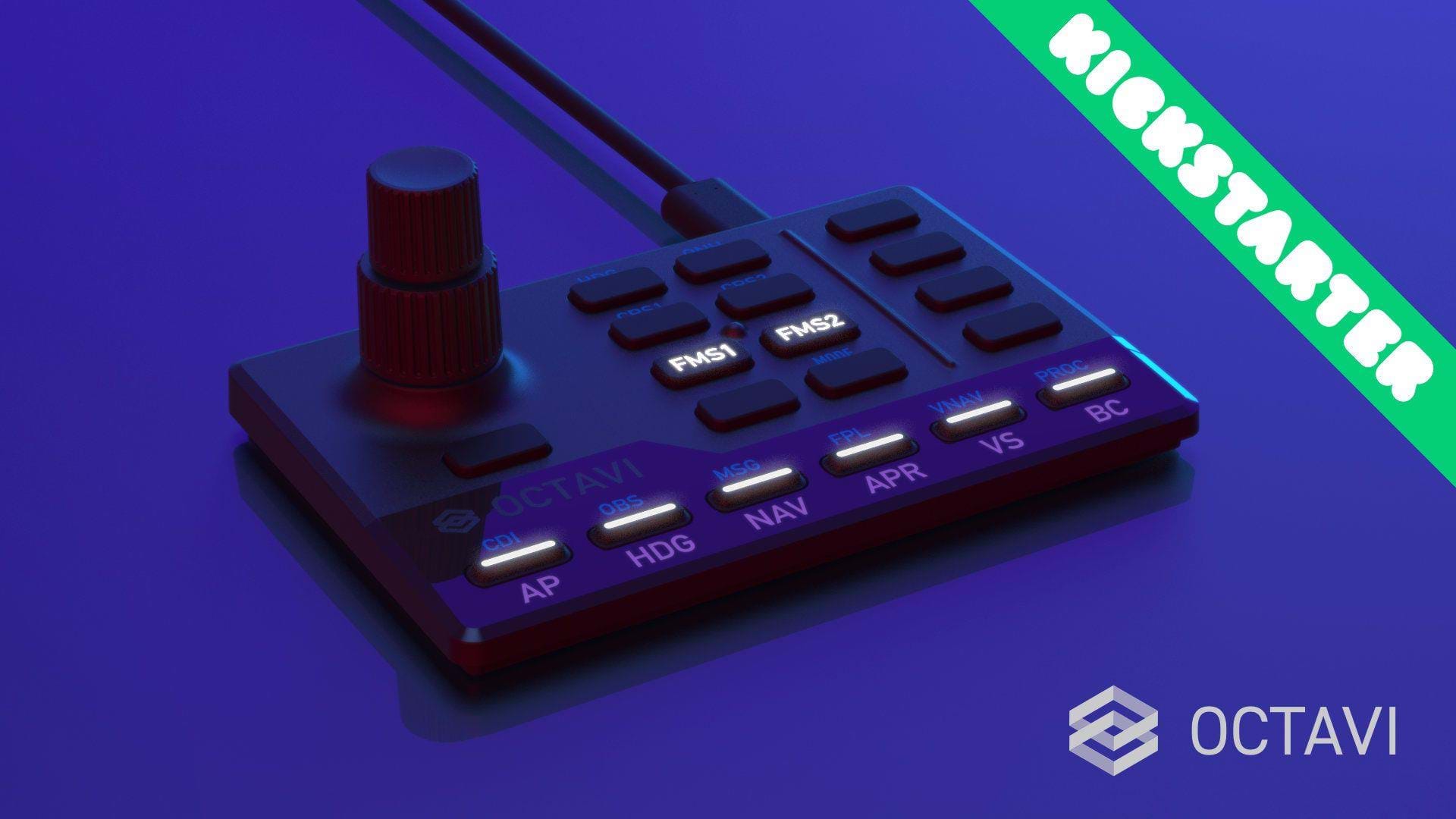 Octavi is committed to help change the landscape of physical interfaces for sims.

Instead of a replica panel, Octavi’s goal is to provide a way to control several instruments with a small footprint. In fact, you can control up to 12 instruments with this small panel. All the buttons are context-sensitive so you will have the right tool for the right job, depending on which mode you are on.

On November 8, 2022 the all-in-one solution for advanced sim flying is launching on Kickstarter

Octavi announces the launch of their new avionics interface that offers extensive, intuitive functionality and comes at a fraction of the cost of previous solutions.

In a completely new “all-in-one”- approach, Octavi provides access to all major avionics devices from a single physical device, doing away with the common practice of needing multiple devices for multiple instruments.

This result is an affordable, intuitive and fast way of interacting with the flight simulator. While Octavi is easy to understand and handle, it can be used for advanced instrument flying.

Octavi is launching on Kickstarter on Tuesday, November 8, 2022. There will be early bird deals for the first few backers, offering Octavi at a reduced price. Their pre-launch page on Kickstarter is already open. Interested readers can register to be notified on launch, giving them a chance to benefit from the early bird deals.

What it comes with

The instruments covered by Octavi include radios, VOR receivers, FMS devices, the autopilot and the transponder. Using “shift” functions, it can also be used to control headings, the altimeter reference (QNH) and CDI courses. Central to this functionality is a high quality dual axis rotary knob like it is typically found on real-world avionics products. By selecting a device context, i.e. the instrument to be manipulated, the user chooses what this central input element does. In the COM1 mode, for instance, it will change the current standby radio frequency. Selecting the FMS2 mode lets the user manipulate the secondary FMS, like a Garmin GNS430.

How to get a piece

Octavi founder Dr. Felix von Plehwe said he was confident to meet the campaign target. “Initial responses have been overwhelming. I was trying to find out what people thought about Octavi in a market research effort, but most people directly asked me where they could buy the device. I have no doubt that our product addresses a major gap in flight simulation.” the GE Aviation engineer from Munich, Germany stated.

Many pilots have waited for all functions in one device

Today’s flight simulators offer a stunning degree of realism. For those pilots who want to do more than flying over their house in the virtual world, they provide a great platform for all degrees of instrument flying, from basic use of radios and headings to full IFR flights using online ATC.

When trying to leverage that functionality for enjoyment or for practice, virtual pilots face a major hurdle. To access the plane’s avionics, they have to use their mouse and scroll wheel to manipulate virtual knobs and dials. This process is cumbersome and unrealistically slow. An alternative is getting a home cockpit, which mounts to hundreds if not thousands of dollars in investment for multiple pieces of equipment. Octavi addresses this problem. It is suitable for flight simmers advancing from basic flying but also for real world pilots with advanced ratings who want to keep their skills sharp.

Octavi is compatible with MSFS2020, X-Plane, Prepar3D and FSX. Users can can choose between using Octavi’s plugin, which is entirely configuration-free, or you use Octavi with MobiFlight, giving you near endless configuration possibilities. More details can be found on Octavi’s website: www.octavi.net