New screenshots of the JRX Bo-105 for X-Plane

The developer recently published some images of the helicopter for Laminar Research’s sim but also sent us some new, exclusive screenshots. 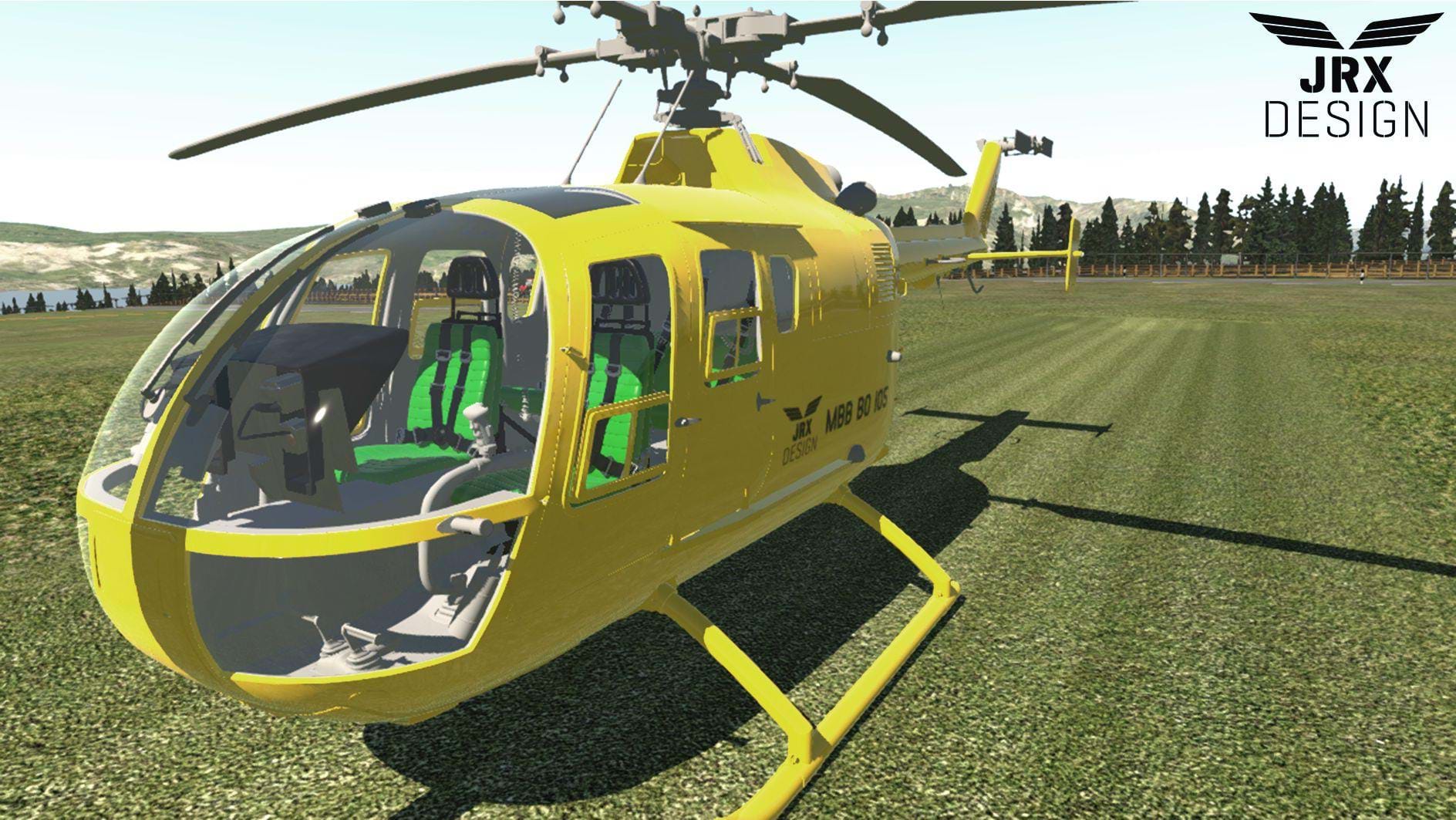 I must admit: the Bo-105 is a model I have personally been wanting to see in sims such as X-Plane for quite some time and when I hear that JRX was working on it right after the release of their Gazelle – which is still being worked on and we should have more news soon – I couldn’t be happier.

This is not only the helicopter was all watched doing all sorts of crazy maneuvers in the hands of fantastic helicopter pilots such as Chuck Aaron, but it’s also a veteran machine that has been around doing a lot of different types of missions and, more recently, I have learned quite a bit about it through my friend (and fellow HeliSimmer.com writer) Nick Bates.

Simon Rowe, the man behind JRX (a developer which quickly became very respected and well-known in the X-Plane helicopter simulation community) posted a few screenshots on our Facebook Group but he also sent us a few other images to publish here on our website.

The model is already looking very nice and the panel seems very complete and Simon also sent us a bit more of information.

What we are seeing right now is just a first look at the objects in X-Plane for scaling and integrity of the model and none of the textures we see here – apart from the instruments – are not the actual textures that will be used in the final model. Liveries are already being worked on by a third-party artist that is working with JRX. We should see a mix of different liveries from around the world, including military.

Simon says he hasn’t settled on a variant/model but he says he will only release one variant, very probably the CBS (4). This has yet to be confirmed.

The panel is modeled but wasn’t added to X-Plane yet and the rest of the work is ongoing as well (sound, flight model, coding, PBR, animations, etc.).

At least one Bo-105 pilot is involved. Nick Bates is the man here and we know how demanding he is so this should be another interesting bird!

Date of release is unknown at the time but I personally can’t wait to take her for a spin! 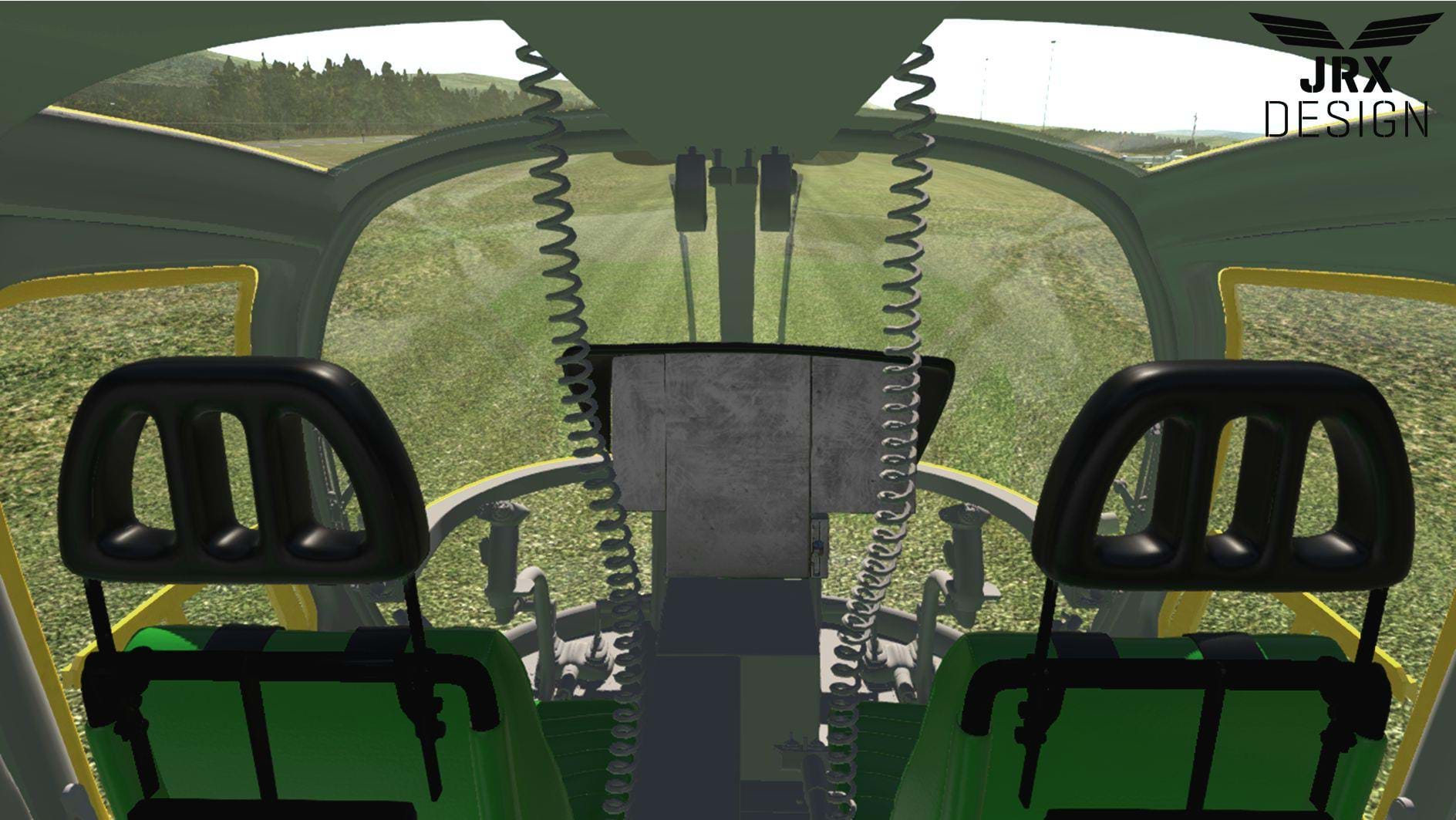 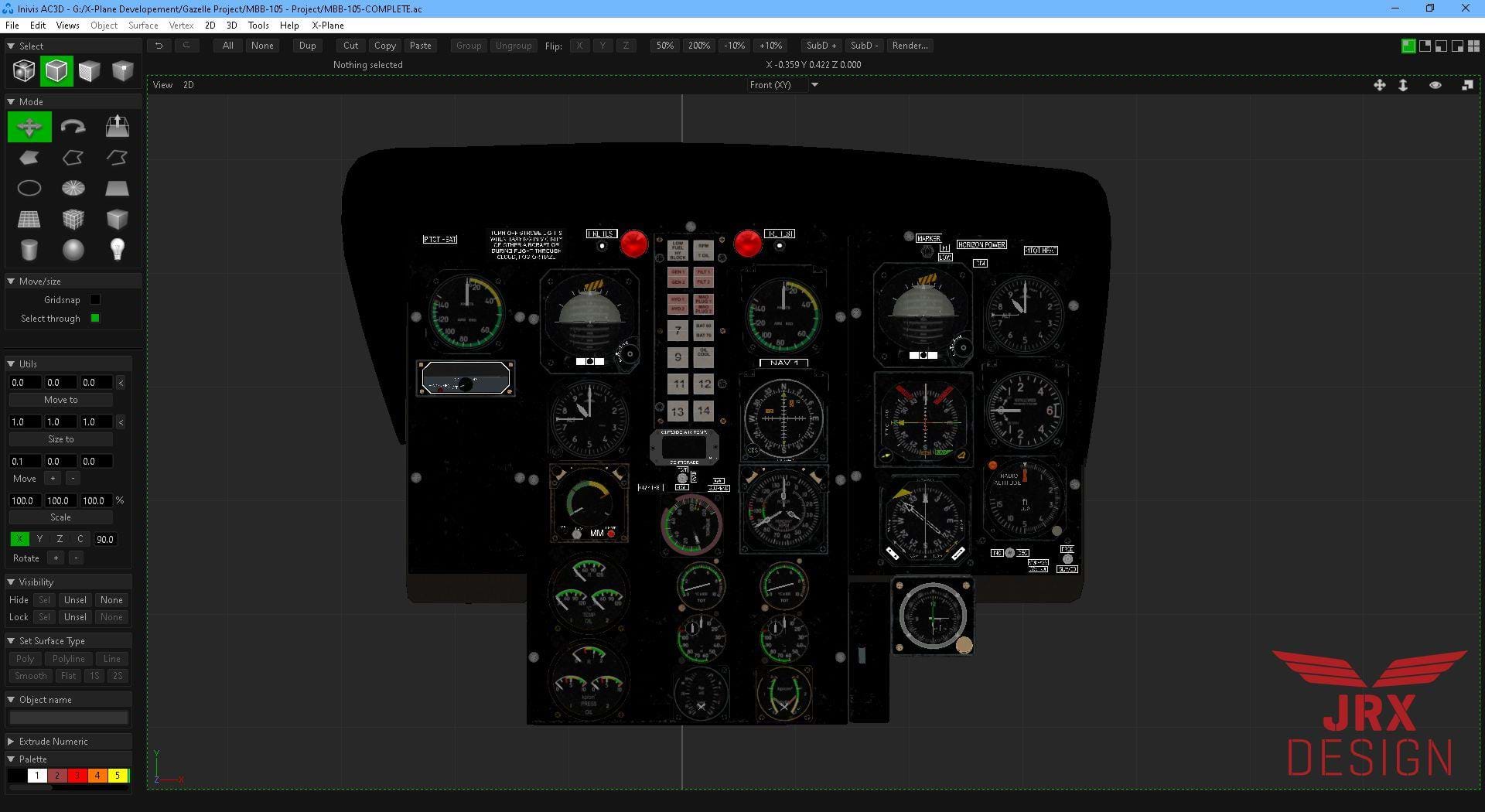 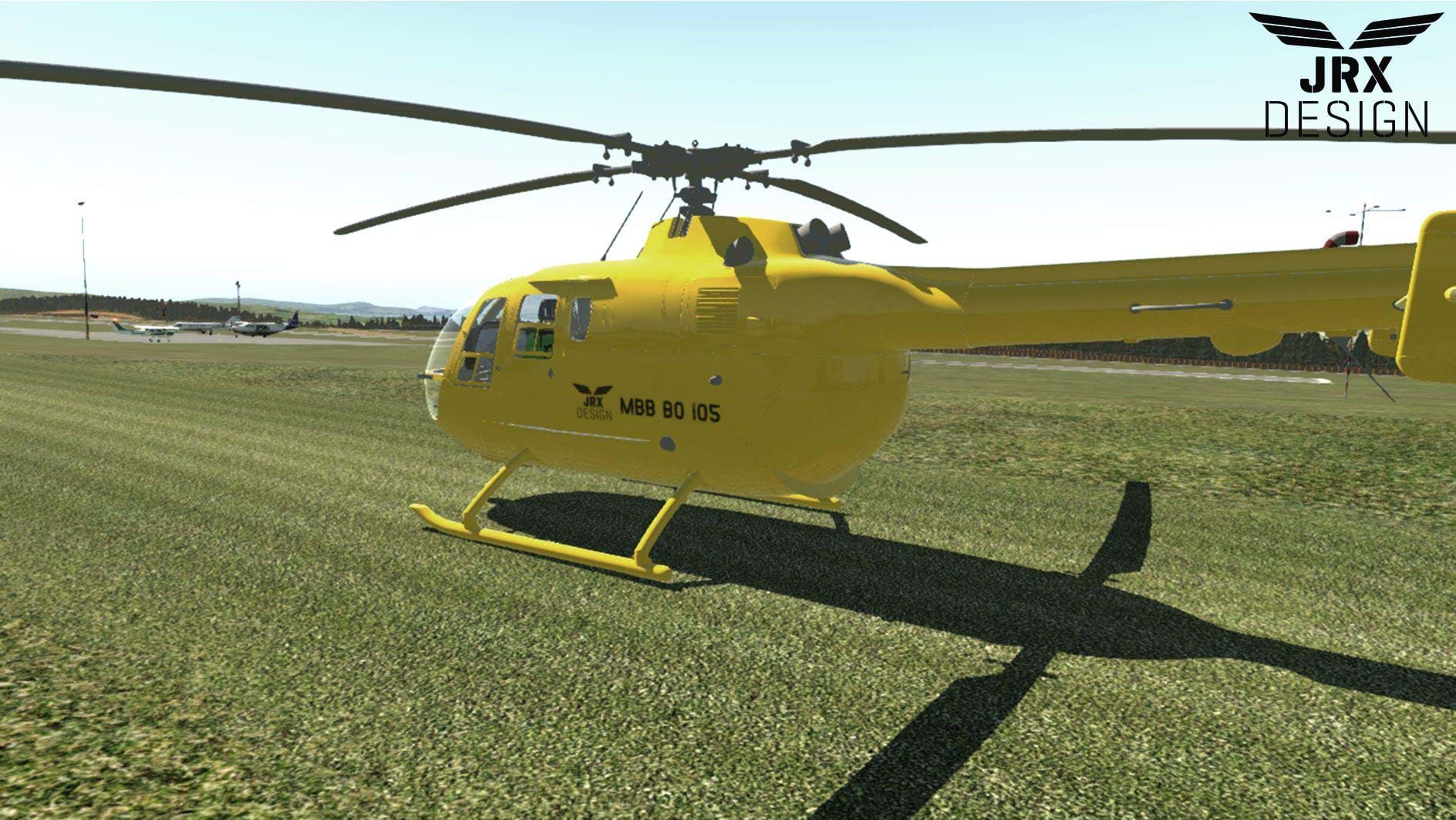 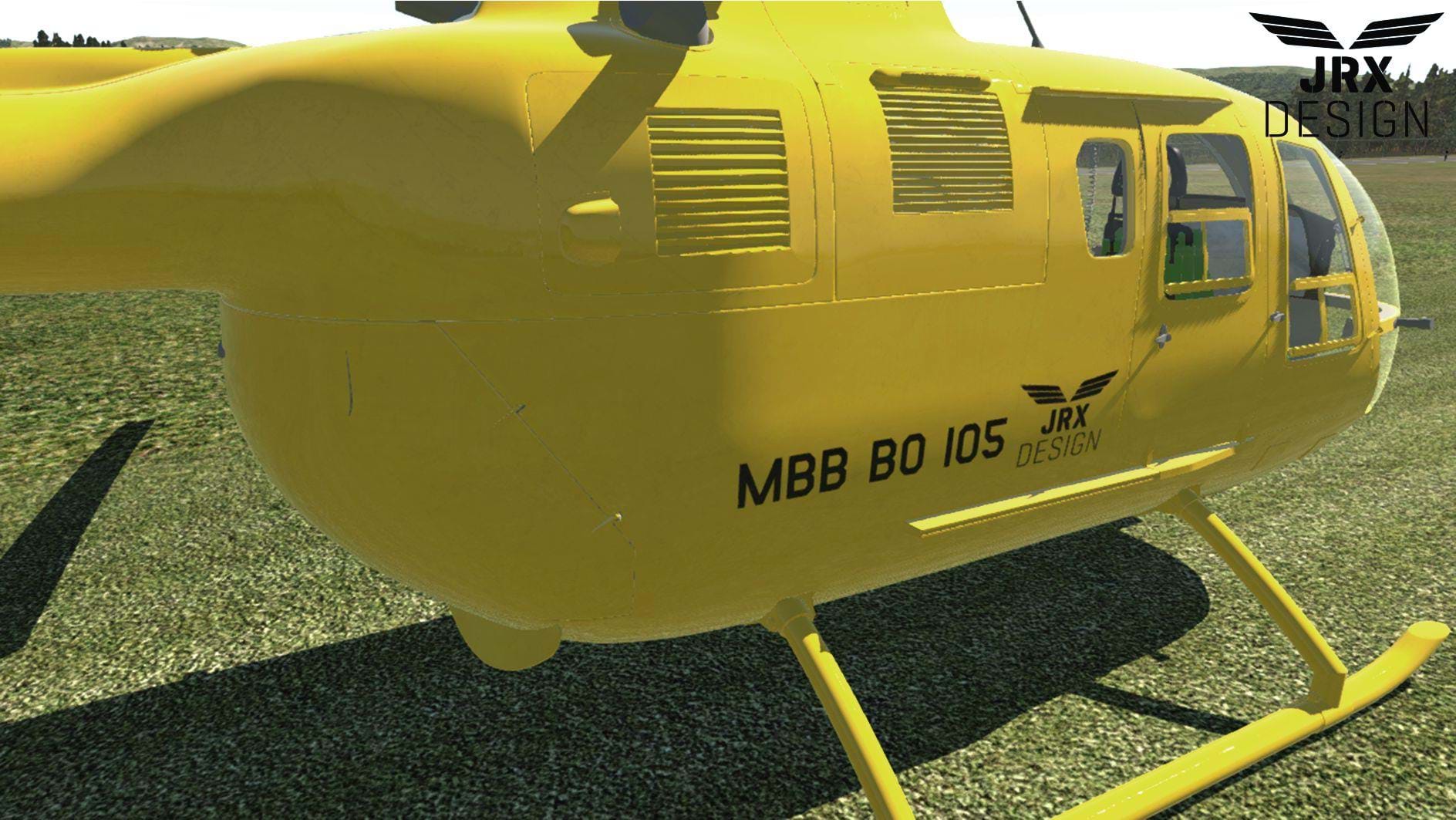 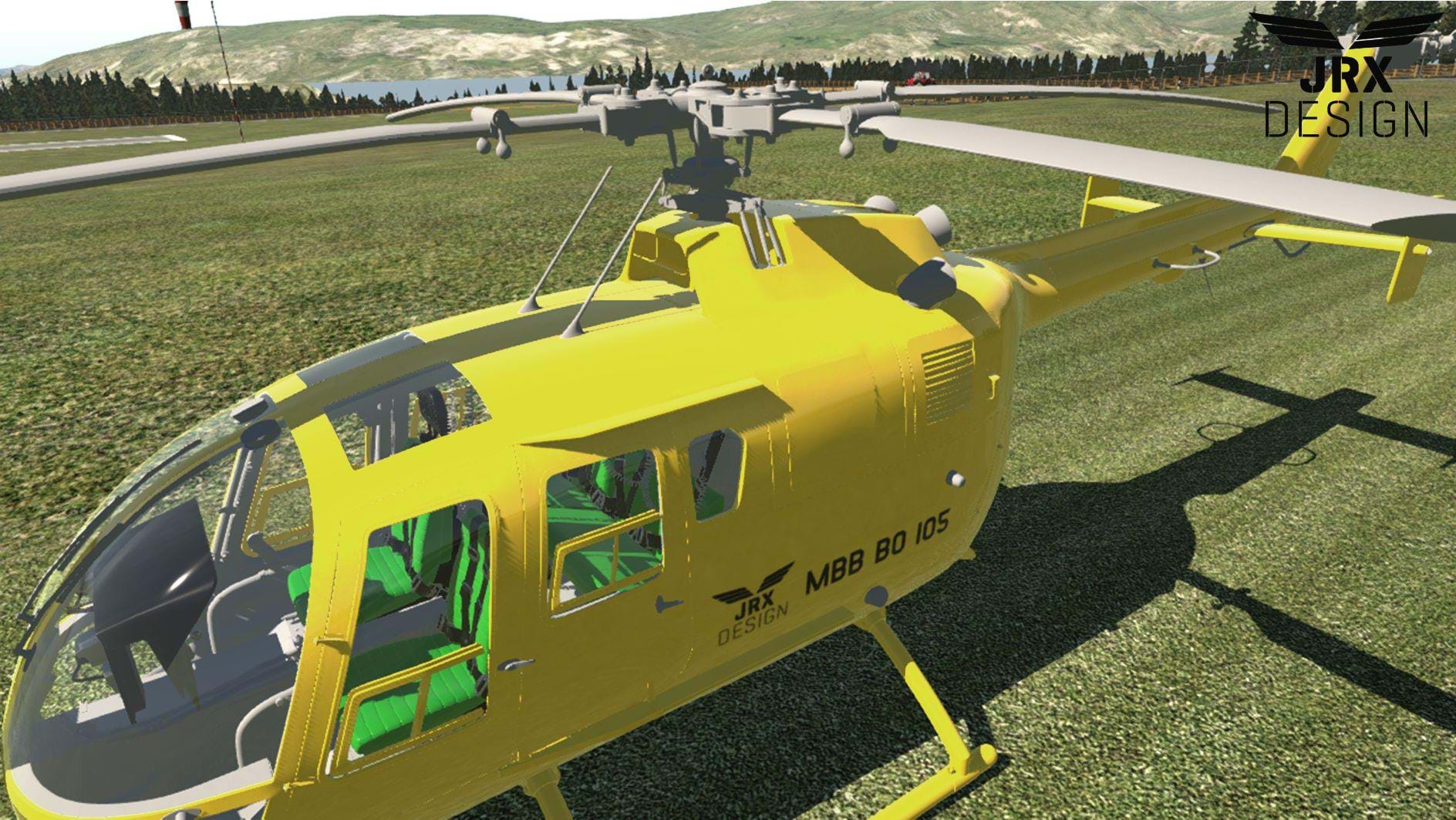 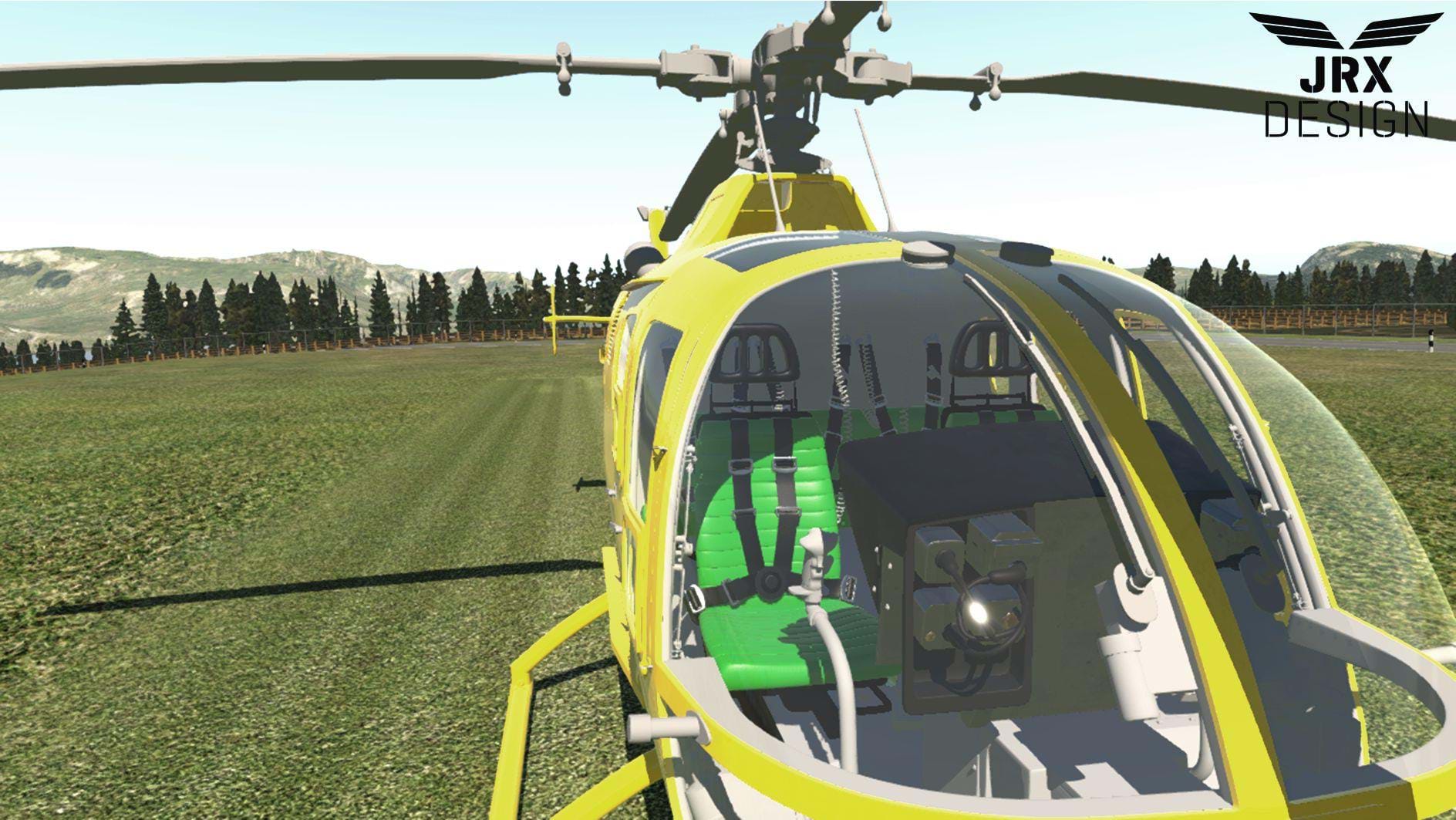