After a long period of silence, Miltech-5 briefly talks about progress on the Bo-105 for DCS and shows some images of their work in progress. 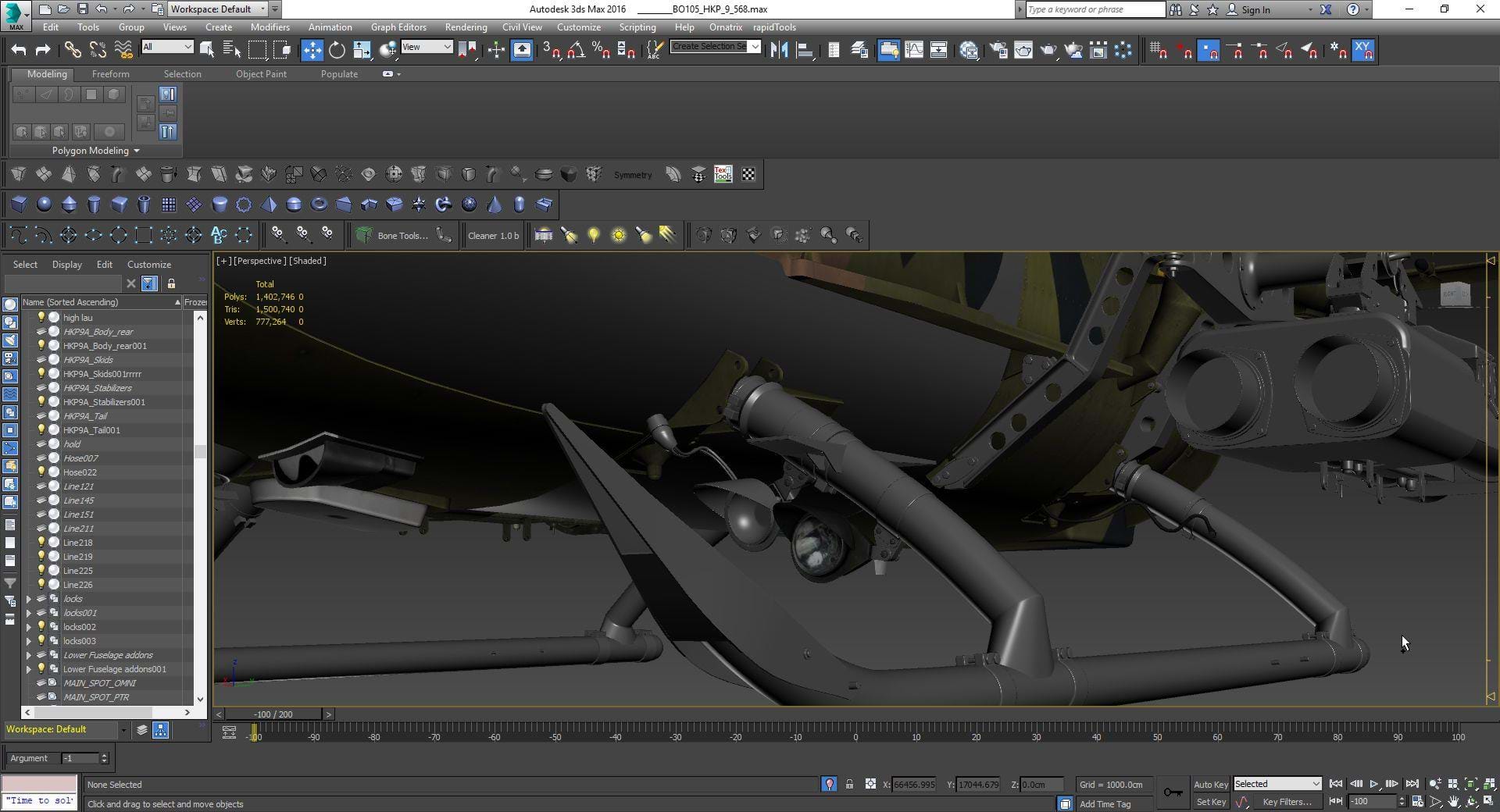 On a post on their official Facebook page, Miltech-5 has shown 5 screenshots of some modeling work they are doing.

Oliver Michel (Miltech-5's CEO and 3D artist) has starting "highpolyizing the BO-105's.". He stated that he is only working on increasing the polygons on the model now because he "[...] thought the level for DCS is good enough" but "the timeline of DCS showed [...] that good can be made even better.".

Work is now underway with the Swedish HKP. Hopefully we will get some more news soon (and perhaps more often). Fingers crossed!