During their last Dev Q&A session, Microsoft and Asobo talked a bit about the work done with helicopters and showcased one of the 2 default helicopters that will be made available in November. 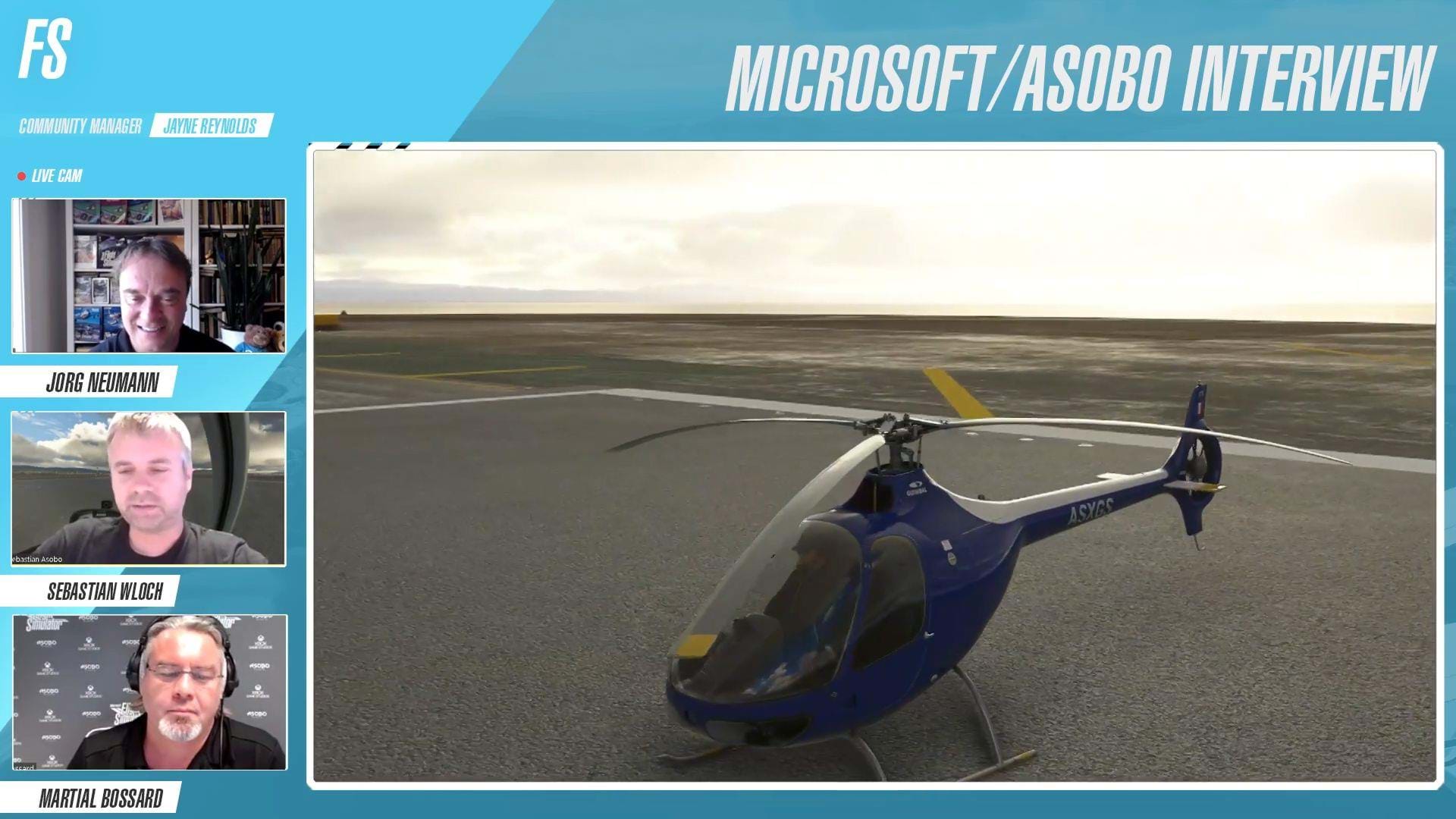 As he started showing the Guimbal Cabri G2, he added that they “had instructors, which are specialized in this helicopter, fly the helicopter in the sim and they were impressed”. The team obviously took the chance to gather some feedback. 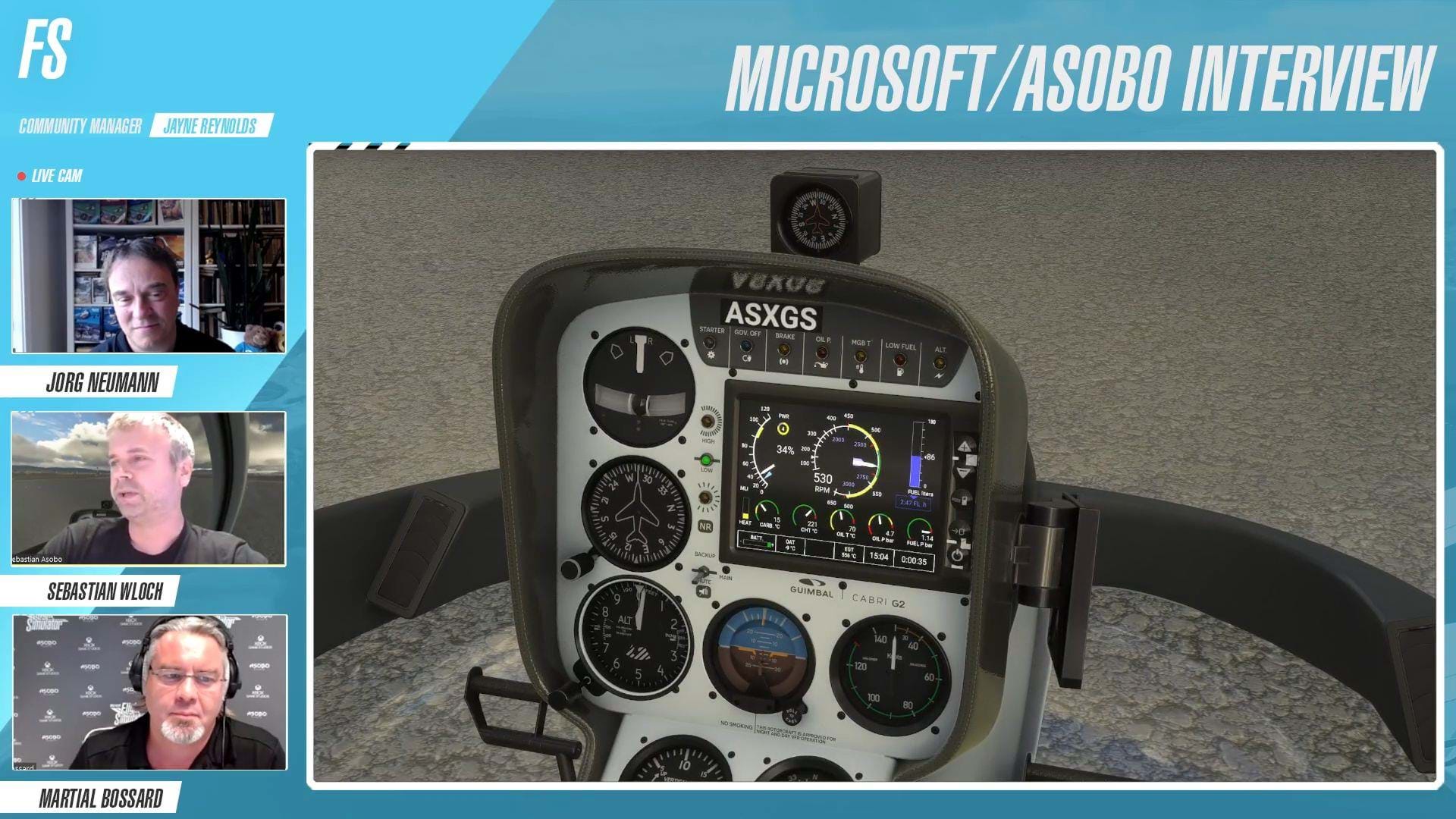 During the update, Sebastian also mentioned a few of the effects helicopters are subject to such as transverse flow, for example.

We could also see a tool the team has developed that shows the airflow around the helicopter and “allows to see what’s going on”. As the tool was turned on it was possible to see the G2 starting to enter into Vortex Ring State. Ground effect was also visible. Quite impressive. 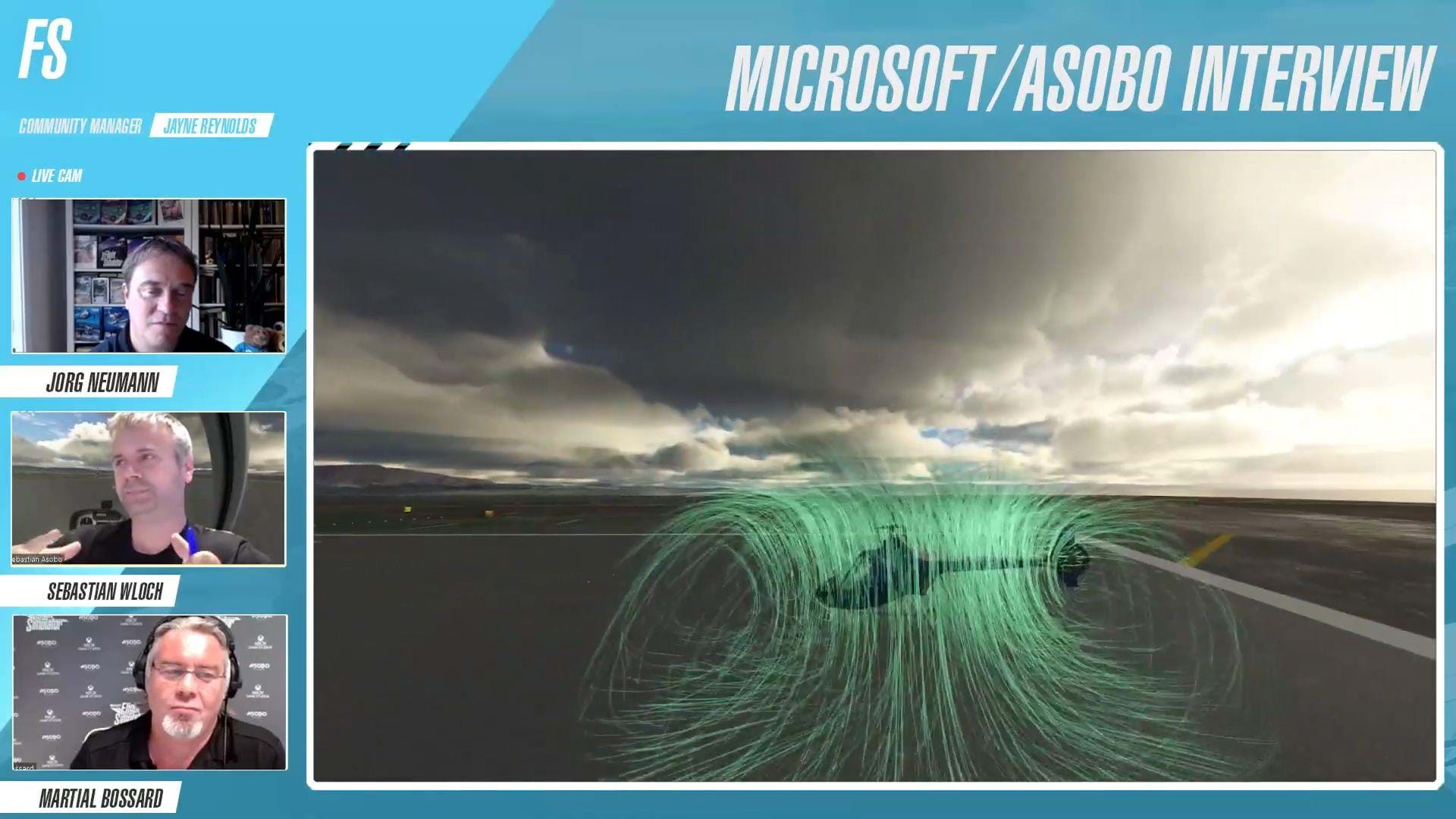 Sebastian now has some experience in the G2 and said that “everything is very realistic”, although, in the video/demo he had activated an advanced assistance system, which made everything easier for those that may need the help. This is great news and something I was hoping Microsoft would develop. 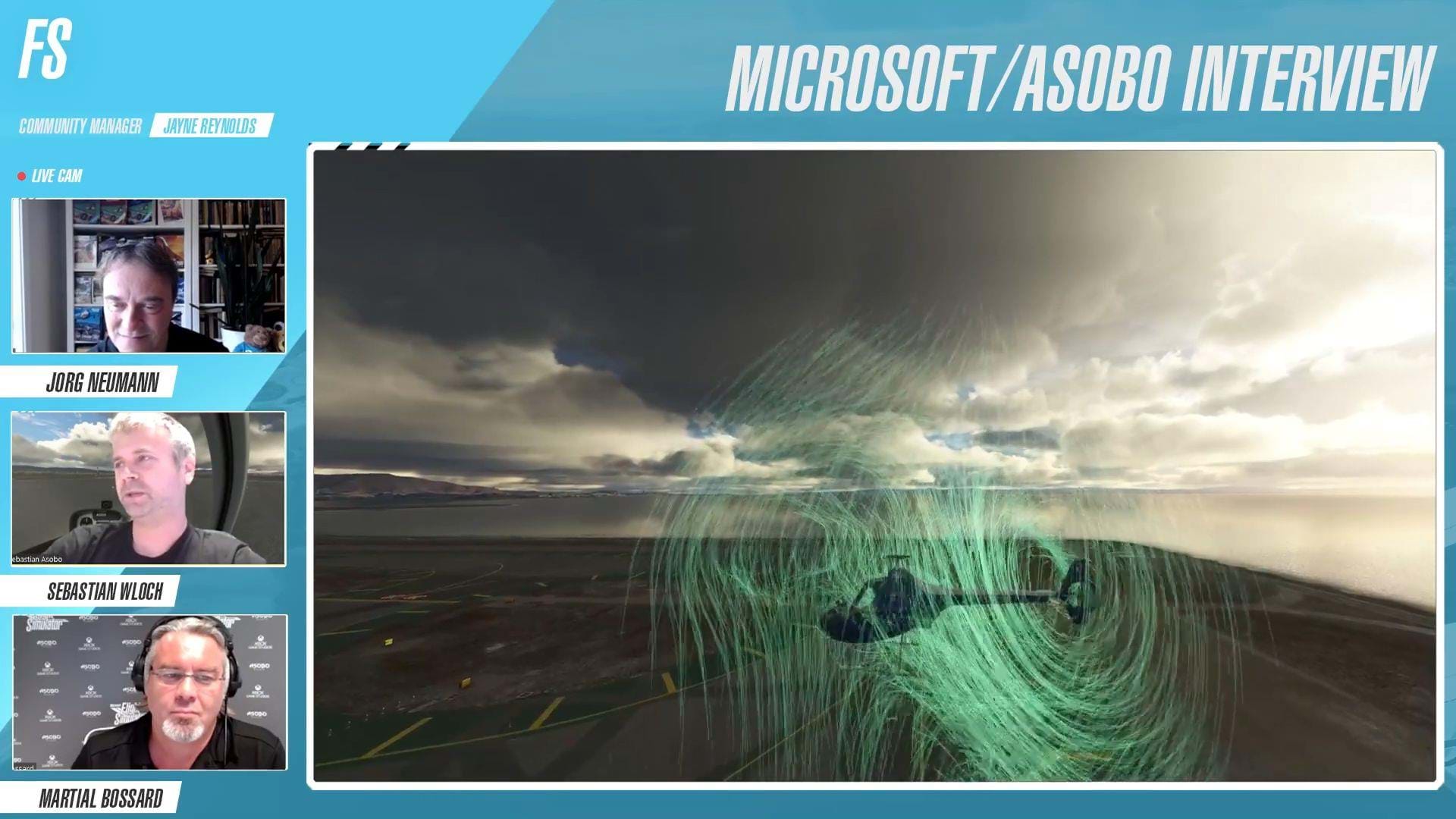 Temperature is always a factor when flying helicopters and Sebastian mentioned it as well. He gave the example of a session in which the temperature was very high and the only way to take off in the real G2 was to get some forward speed to take advantage of translational lift (you can read more about translational lift here). And he indicated the same happens in the sim already.

It is, of course, very difficult to judge a flight model by looking at a video. Especially such a limited one where we don’t see a lot of maneuvers and with the assistance system turned on. Nonetheless, having into consideration what we see in the visualization tool, and some of the movements of the helicopter, things seem to be shaping really well.

Microsoft has promised some more details soon as they will be present at Gamescom in a few days.