The Hooper Heliport in Los Angeles is one of the most recognizable rooftops in the world, thanks to great movies and tv series such as Blue Thunder. And it’s now coming, in full glory, to Microsoft Flight Simulator!

In their most recent update, iniBuilds teased us with a couple of screenshots at the end of their post and, if you are a helicopter fan, you’ll probably easily guess what it is.

Yes, the company is making the LAPD Hooper Heliport for Microsoft Flight Simulator and we are proud to say this is a project being made in partnership with HeliSimmer.com! 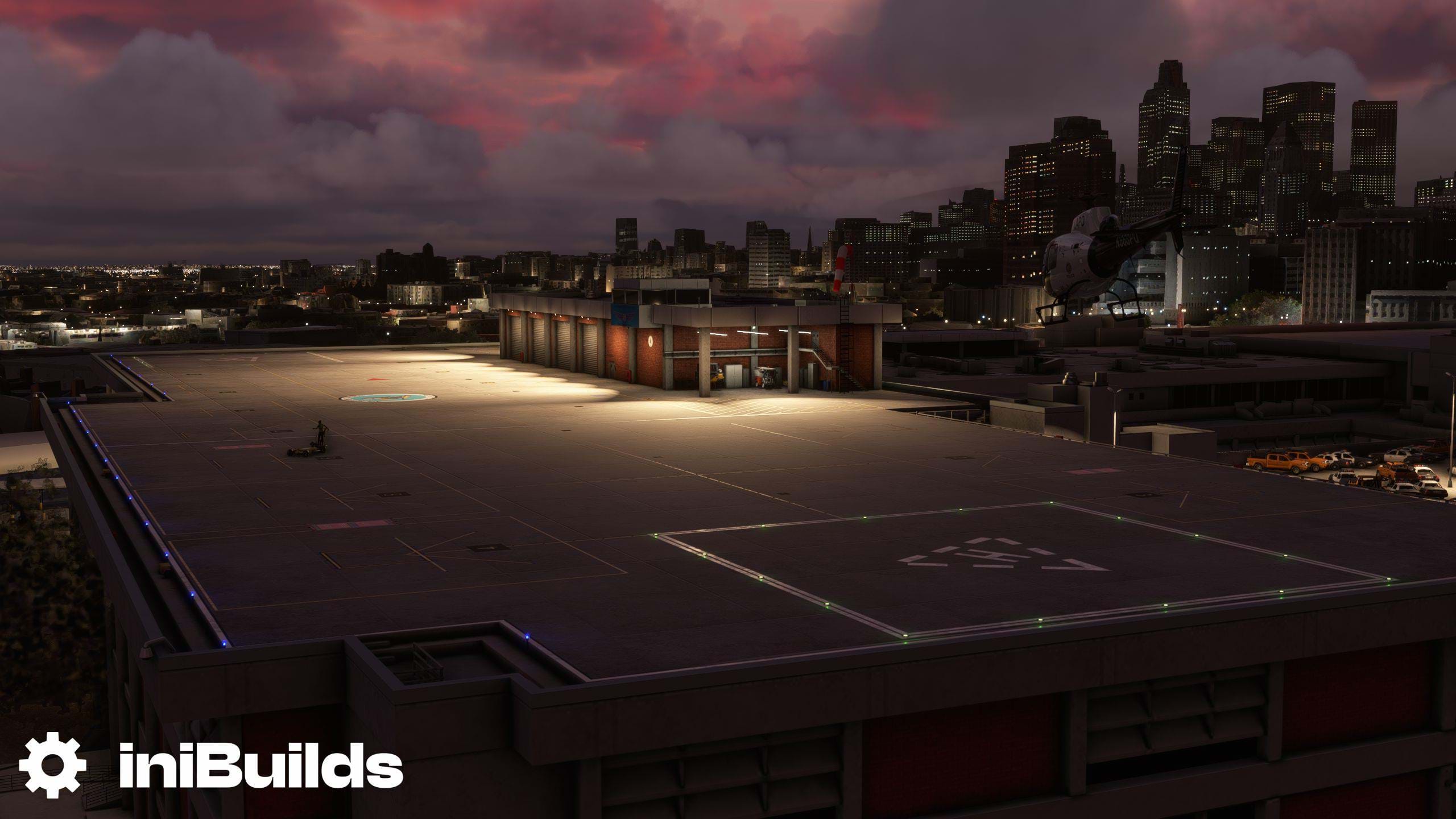 There are not a lot of screenshots on the post mentioned above but you can clearly see the amount of work and detail being put by the iniBuilds team in the project. And that is just part of what’s coming.

Stay tuned for more news about this project in the near future. Meantime, enjoy the screenshots (which are being added here as well for you to check out).