The scenery covers an area of Botswana, in Africa and it adds quite a few interesting locations and helipads. 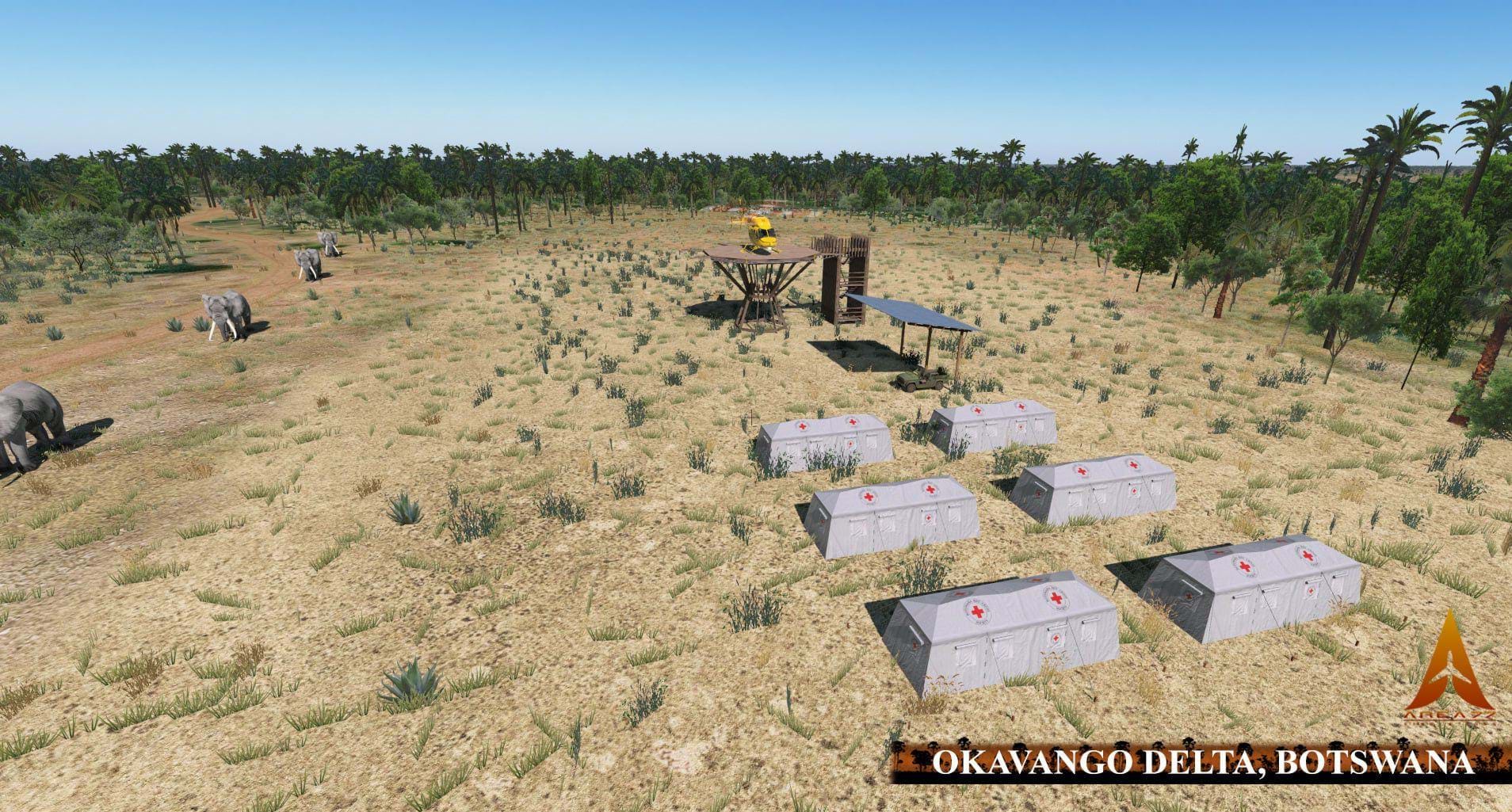 The scenery is being brought to us by Area 77 Simulations, authors of the Francisco Sá Carneiro Airport for X-Plane.

This is a wonderful and very interesting region. The description Area 77 makes of the region is very much worth reading:

The Okavango Delta (or Okavango Grassland) (formerly spelled "Okovango" or "Okovanggo") in Botswana is a swampy inland delta formed where the Okavango River reaches a tectonic trough in the central part of the endorheic basin of the Kalahari. All the water reaching the delta is ultimately evaporated and transpired and does not flow into any sea or ocean.

Generally flat, with a height variation of less than two meters across its area, dry land in the Okavango Delta is predominantly comprised of numerous small islands, formed when vegetation takes root on termite mounds, however larger islands exist with Chief’s Island, the largest (over 70 km long and 15 km wide), having been formed on a tectonic fault line. Historically, it was reserved as an exclusive hunting area for the chief. It now provides the core area for much of the resident wildlife when the waters rise.

The 1000th site to be inscribed on UNESCO’s World Heritage List in 2014, the Okavango Delta is an important wildlife area protected by both the Moremi Game Reserve, on its eastern edge, and the numerous wildlife concessions within Ngamiland.

The Delta's profuse greenery is not the result of a wet climate; rather, it is an oasis in an arid country. The average annual rainfall is 450 mm (18 in) (approximately one third that of its Angolan catchment area) and most of it falls between December and March in the form of heavy afternoon thunderstorms.

In this scenery we can find: elephants, lions, giraffes, hippopotamus, rhinoceros, crocodile flamingos and many more!

Okavango is home to many safari camps, most of which aren't reached by road but rather by small airplane from Maun, the area's main village. 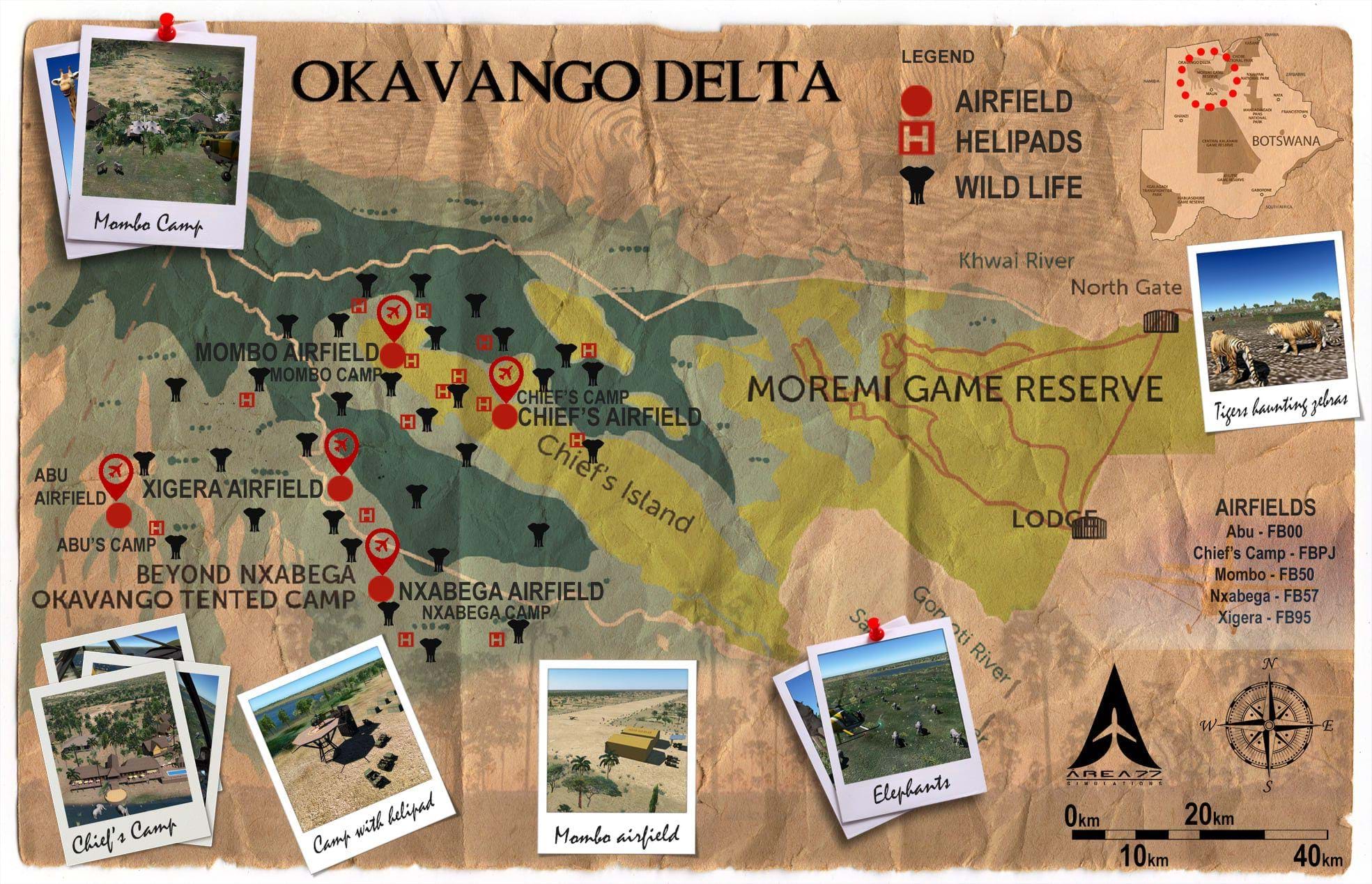 You can download this scenery, for free, on the link below. Just make sure you read the instructions first. 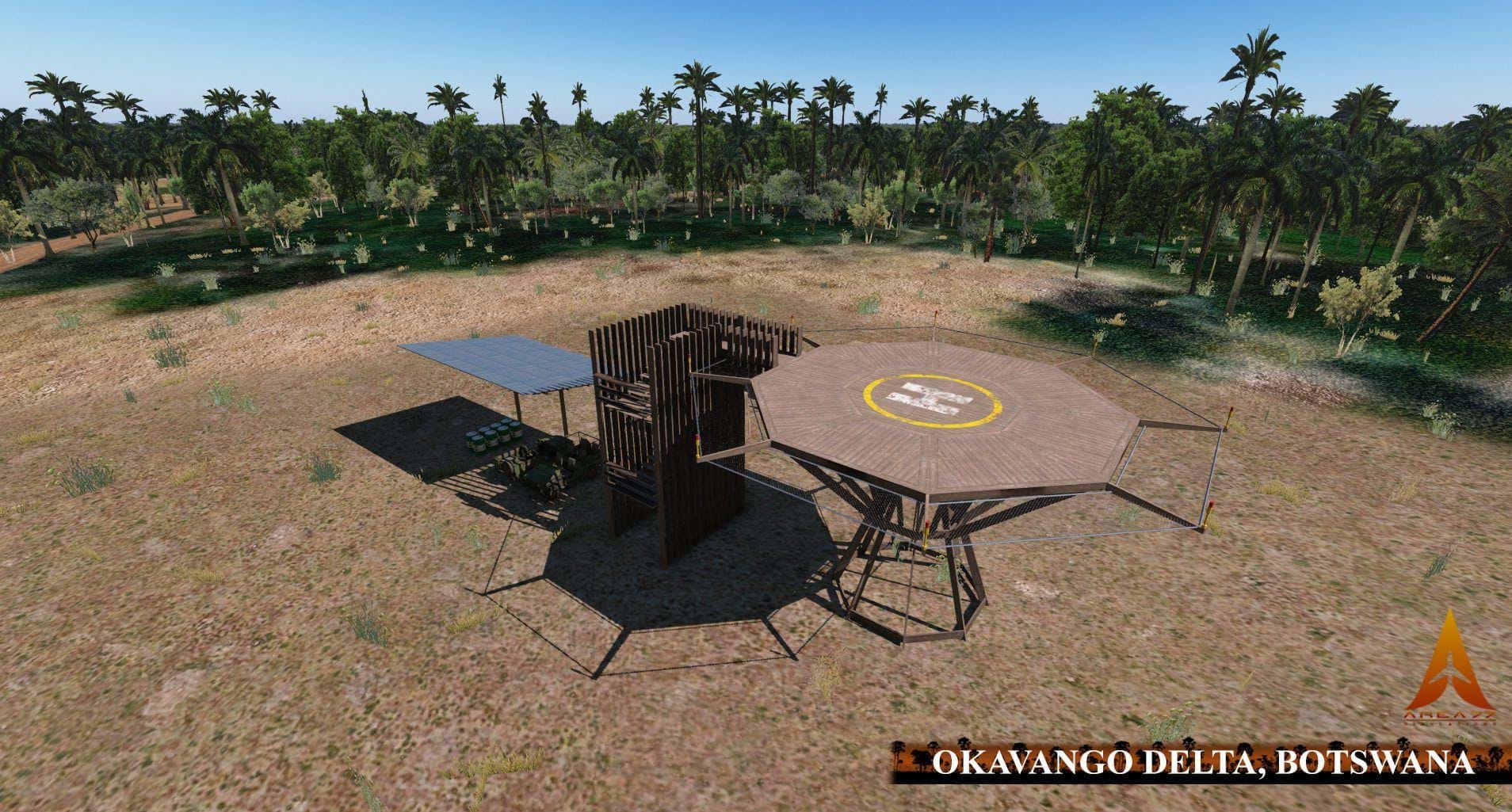 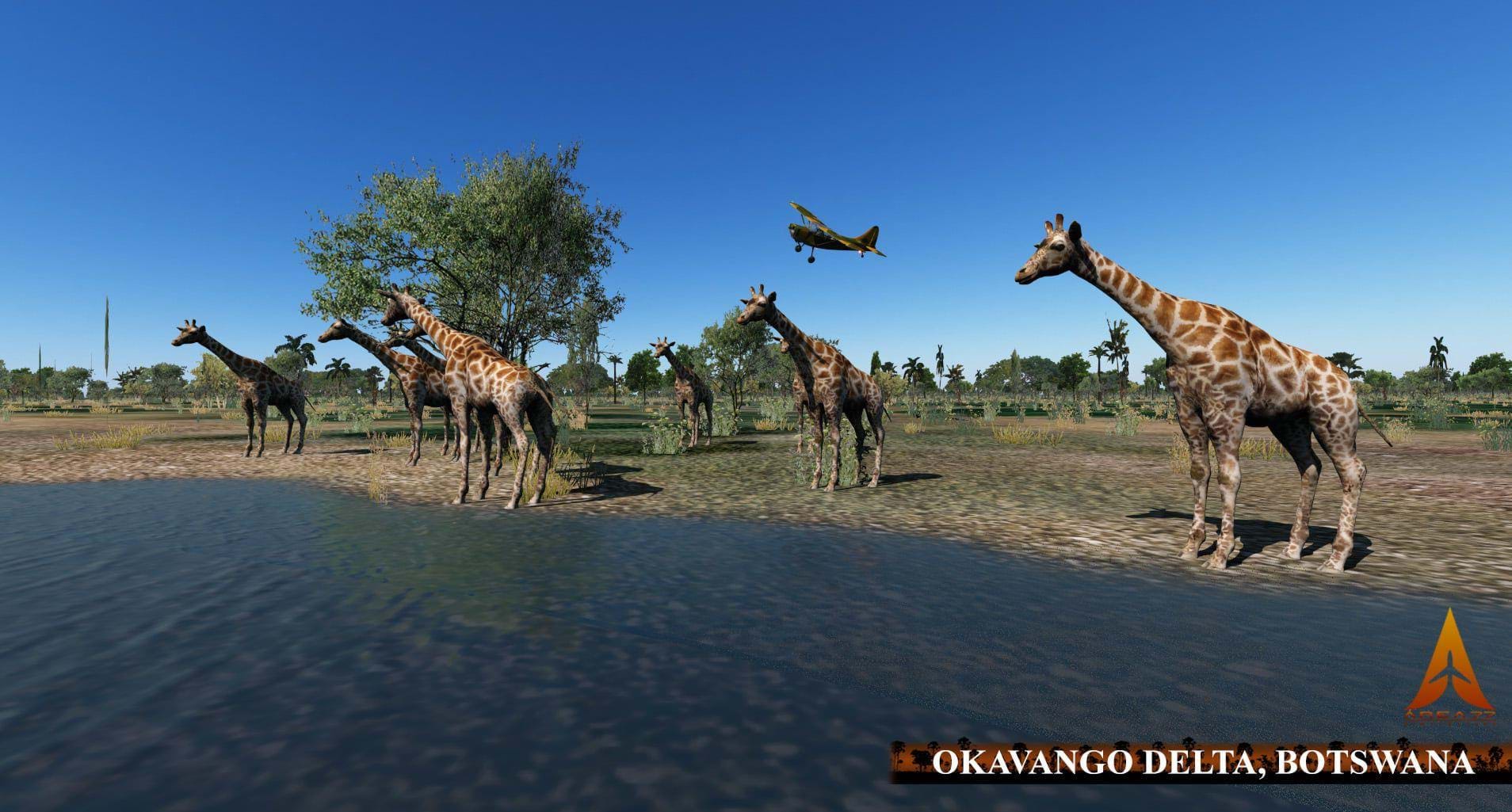 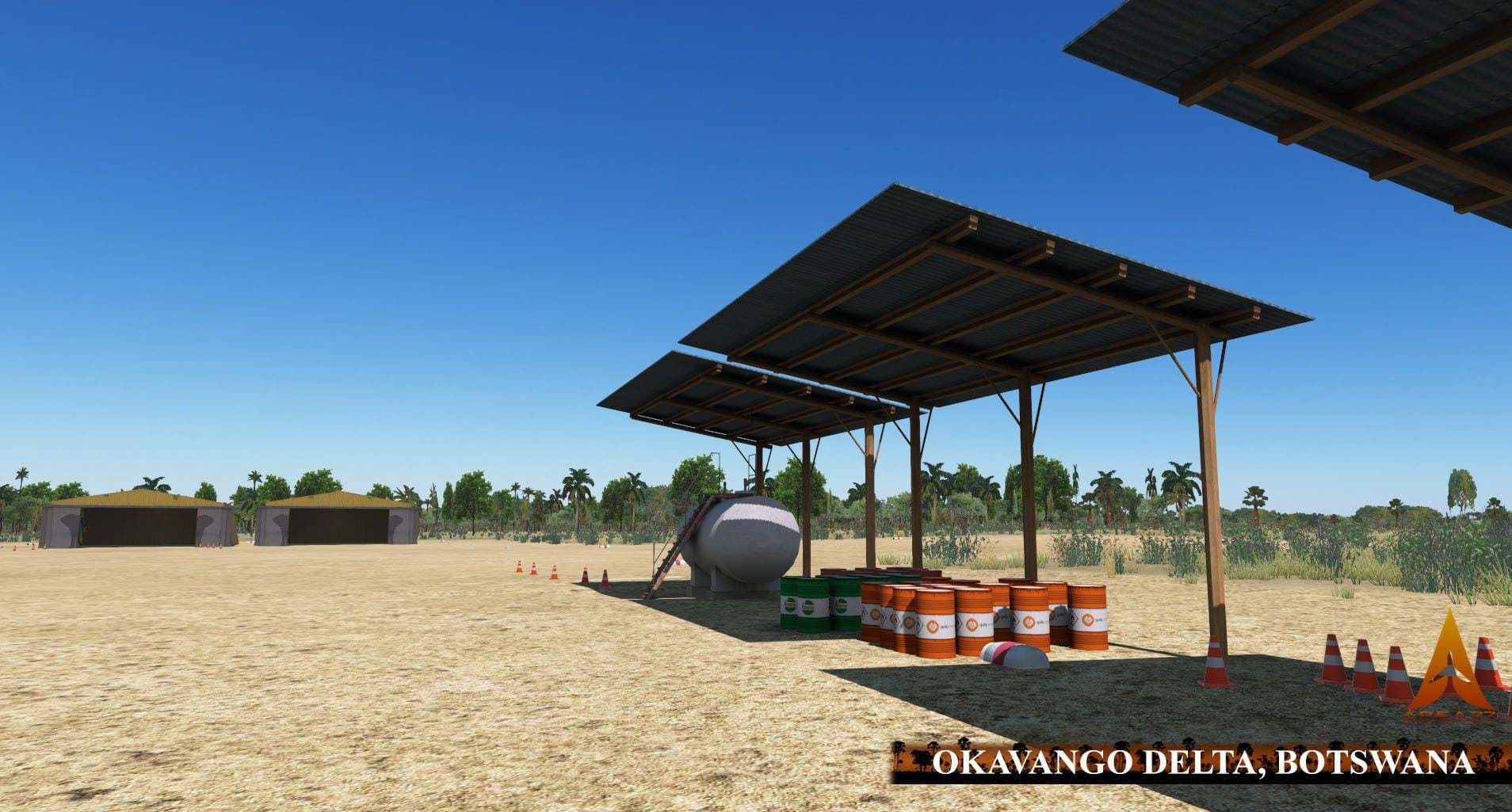 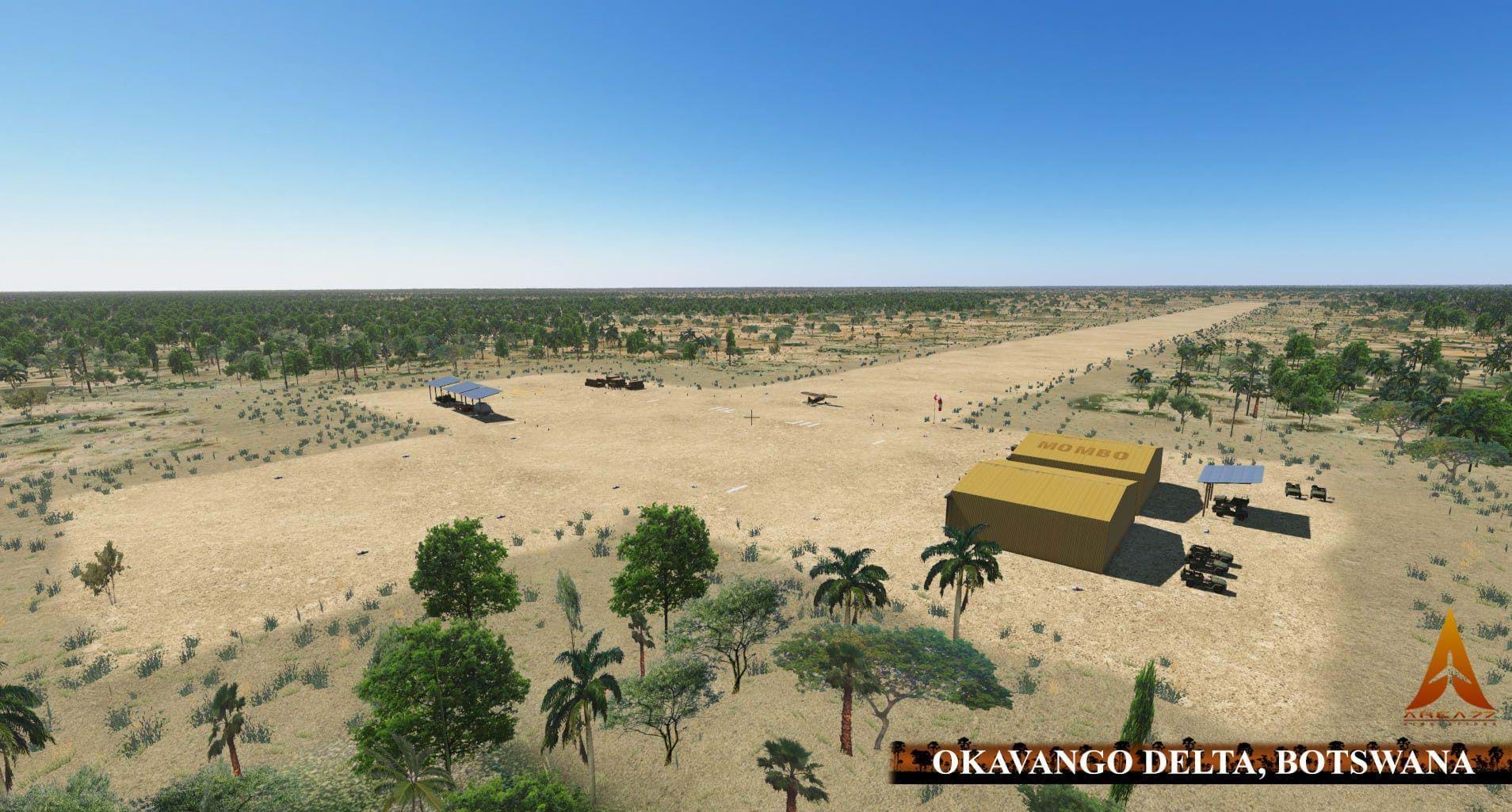