As we continue to wait for new helicopters to arrive X-Plane 11, we hear about some nice projects now and then, such as this Bell 206. 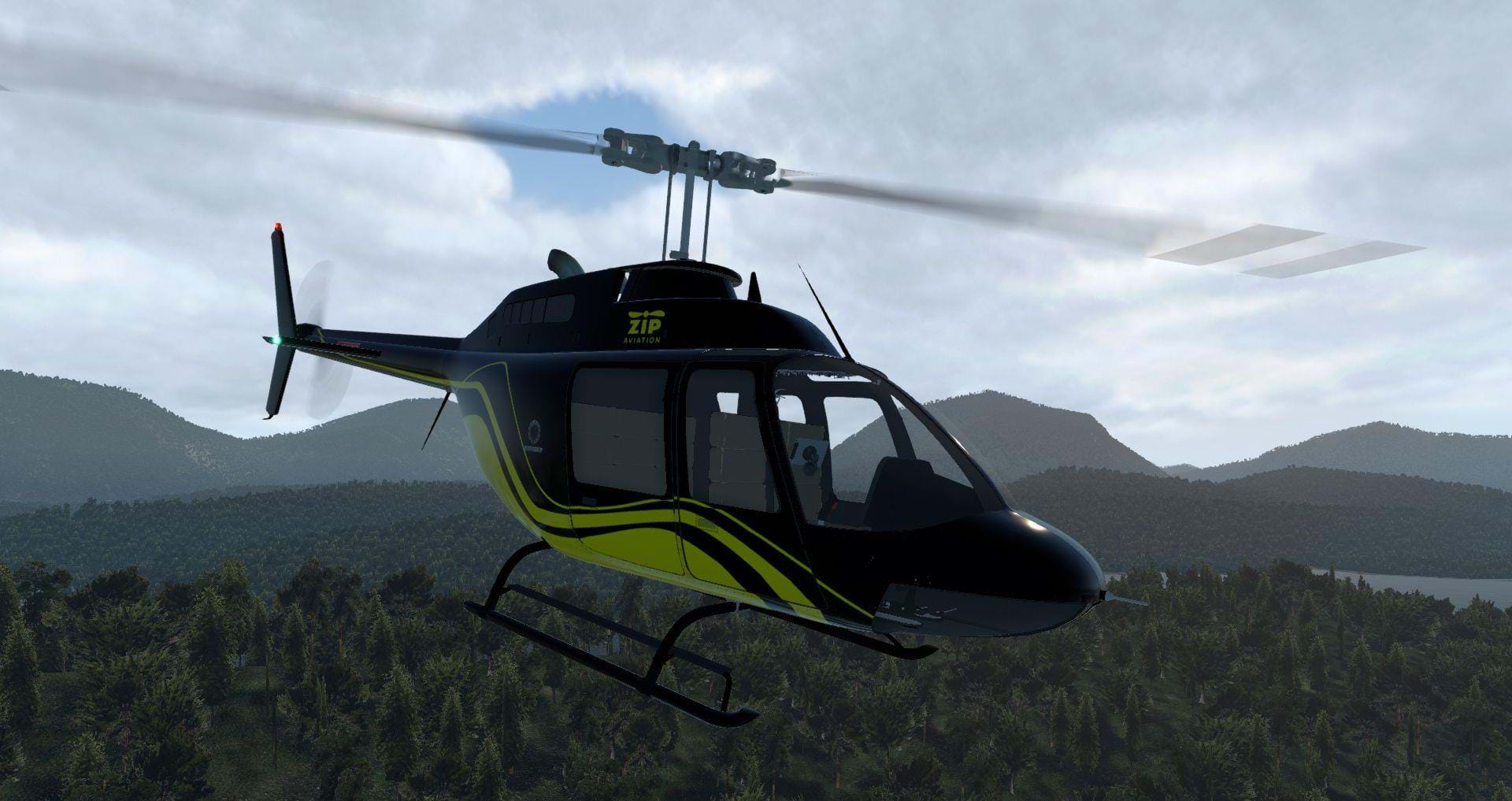 A few days ago, a post by community member Andreas Enbacka at our Facebook group caught my attention.

I contacted the author, Simon Rowe, to learn more about the project and realized that the project, while somewhat connected to that old version, it’s not “just an update”.

Simon was quite fast to get me up to speed about himself and the project. Simon is quite a flight simming veteran both as a simmer and as a developer. He has been working with X-Plane, DCS and even Fallout 4 mods for some years.

He used to fly Brett S’ 206 for X-Plane 10 but he always found it didn’t look right for him, so he started by updating the 2D panel for his own personal use. By investing some time (and money on software), Simon started to learn the ins-and-outs of X-Plane aircraft development. Like he says, he kind of “started reverse engineering the models to see how they were made” and, while doing so, he learned a lot about developing them.

He decided to start a new project from scratch, which he called Bell 206-19 and, since December 12th, 2018 he has been working on the 206, which he has released a sort of an Alpha version some time ago.

Simon’s hard at work, learning the ins and outs of stuff such as FMOD sound system. In face he mentions that “the most difficult part of the entire project was the sound, it has been the most time-consuming part of the build" and that he’s “still not happy” with the results.

Simon said he decided against a “study level” version since he is still learning and has little time to dedicate to the project. He still wanted users to enjoy it and get the most out of his model.

That being said, don’t expect a highly detailed model. Nonetheless, since the 206 is not a terribly complex helicopter, it should be a fun helicopter to fly around in.

I only fly in VR and only test in VR (I can’t actually take off from a 2D screen anymore) but testing in VR allows you to see things a lot better and in perspective and I think that has helped get this model where it is now.

Simon only flies using VR so he’s building his 206 to take full advantage of the technology and be possible to use perfectly with a VR set. Great news!

The 206 comes with an AviTab version (you can select a non-AviTab one as well), integrated GPS and Simon’s “looking to add “windshield effects” rain and snow, but only when they work well in VR”.

What about an X-Plane 10 version?

That might be possible, yes. Some simmers have been asking for it and Simon is considering but that means he would have to remove FMOD, the particle effects and take a look at all the used Datarefs.

The whole thing is a full-fledged project on its own. Converting things between versions in X-Plane is never easy.

Already thinking about the next project

Simon’s already thinking about the next project. According to him, it should be “more “polished” than the 206”, which makes sense as he learns more about developing for X-Plane and starts to realize how to make things easier, faster and better.

He’s not 100% decided on the helicopter yet but he’s considering the SA342 Gazelle. It’s not set on stone, yet, so this might change in the future.

The 206-19 project, while a small and not as realistic or complex as we may have wished for, is exactly the type of project that I recommend new developers to start with.

Being a simple helicopter, you’ll end up doing something very reasonable and enjoyable enough that the community will like to fly it and you end up gathering great feedback and motivated to learn more and get into the next project.

Who knows? Perhaps this can be the beginning of a great new developer in the X-Plane helicopter scene. Fingers crossed.

Meanwhile, check out Simon’s Bell 206-19 startup video and some screenshots. Oh, and stay tuned. There might be a beta release this weekend. 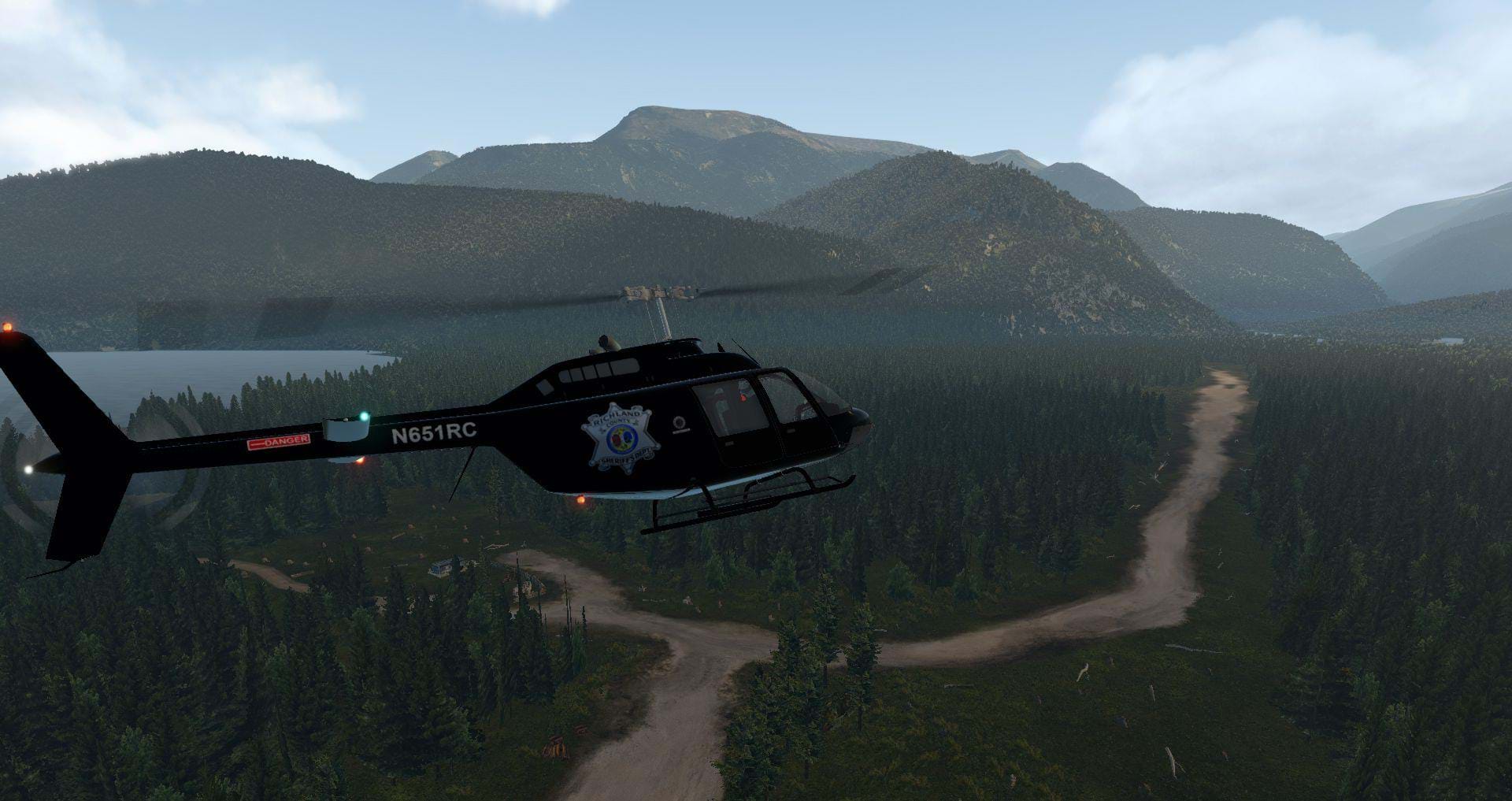 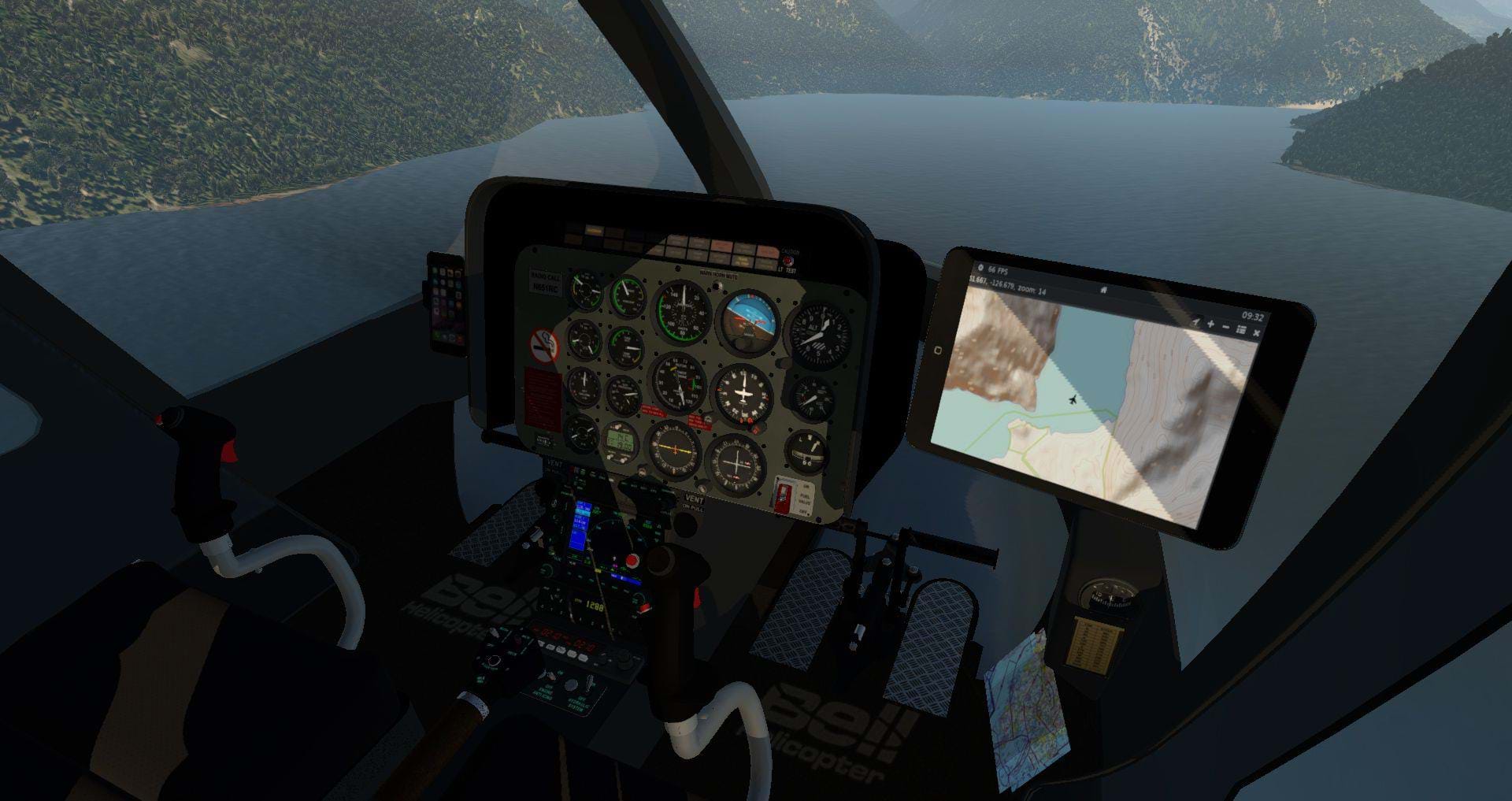 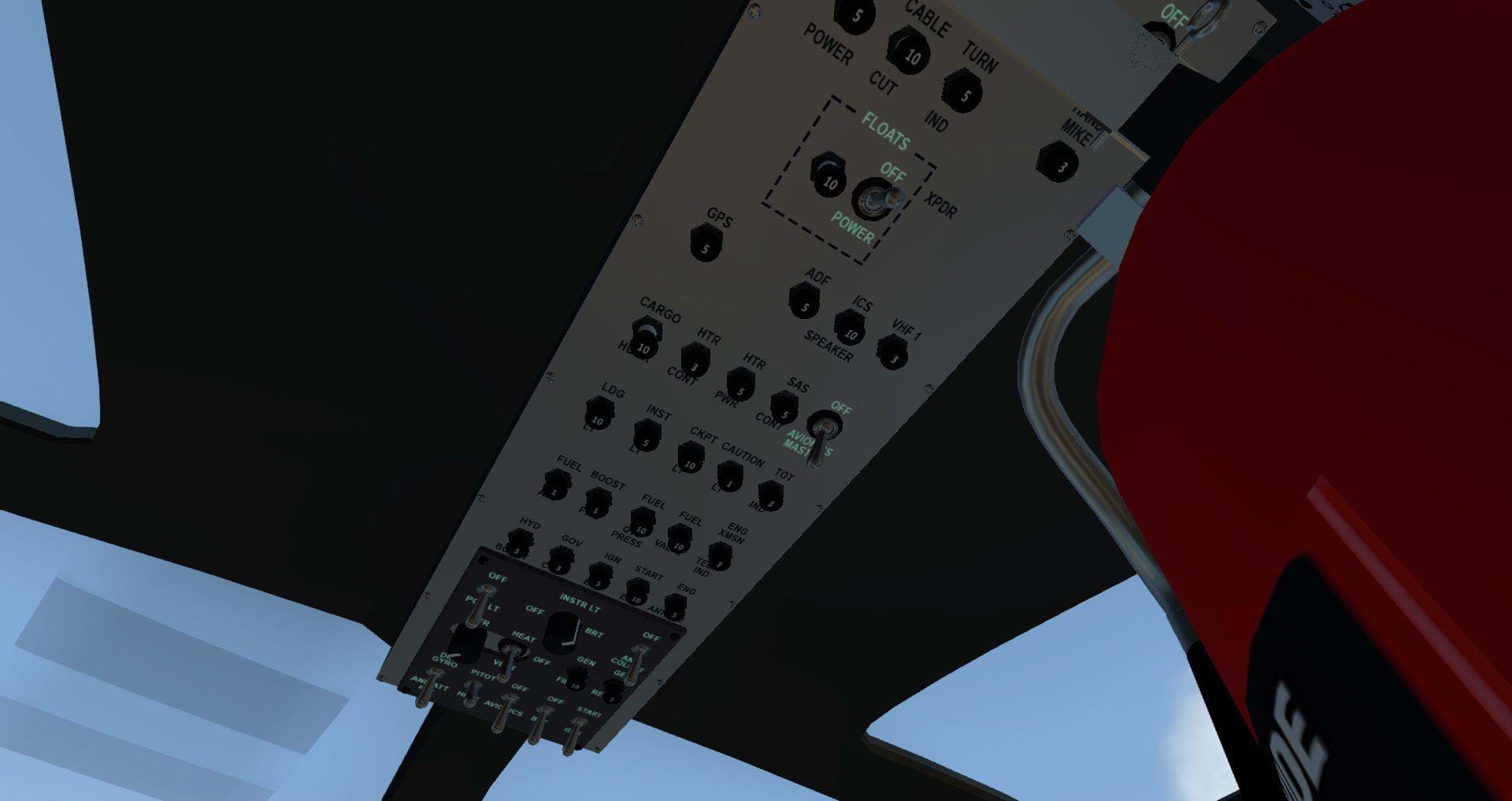 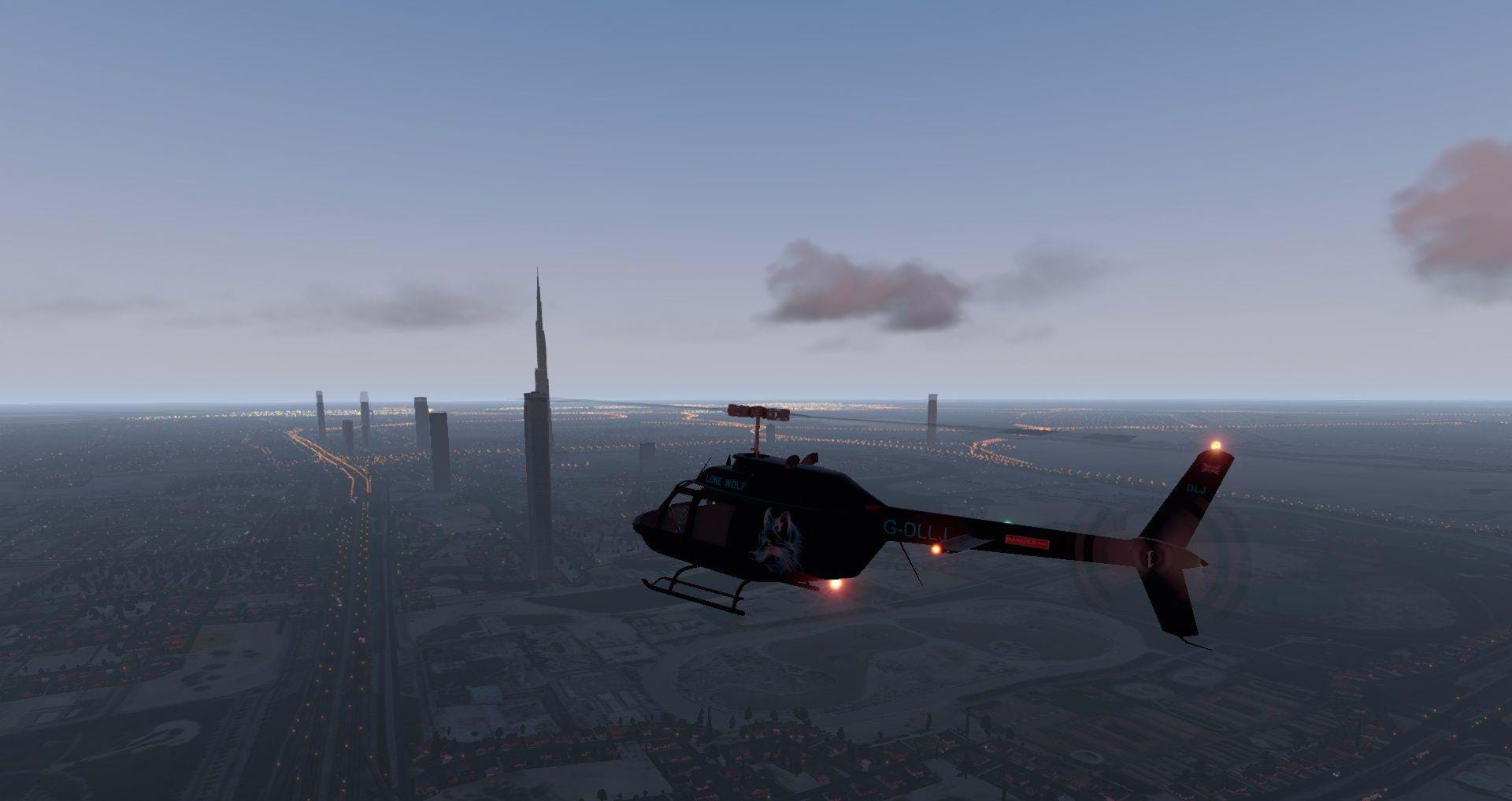