Yes, ladies and gentlemen: Frank and Fabio are already working on a new scenery. This time, in Switzerland. Check out the first screenshots for Eiger Park 3D. 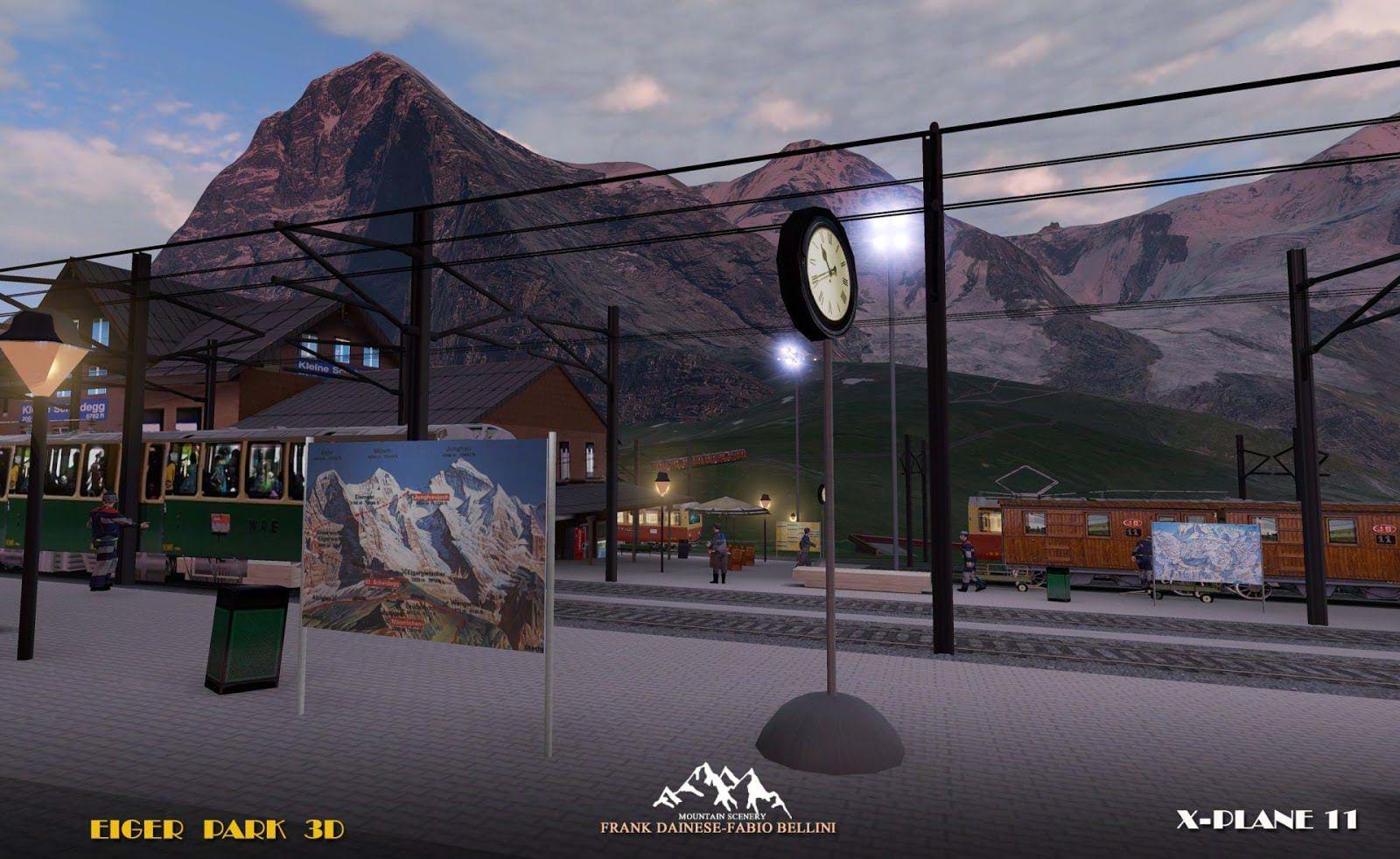 The team is working on their Eiger 3d - Berner Oberland Park. The scenery, in the Alpine Switzerland will cover an extension of around 500 square kilometers (nearly 200 square miles) and will include the towns of Eiger, Monch and Jungfrau.

The regions of Kleine Scheidegg, Grindelwald, Wengen, Lauterbrunne, Murren, Gimmelwand will make their appearance, and all buildings and typical houses will be included in their full 3D glory.

As usual, the team is reconstructing their mountain of choice, the Eiger North Face in very high detail with custom-built textures as well. 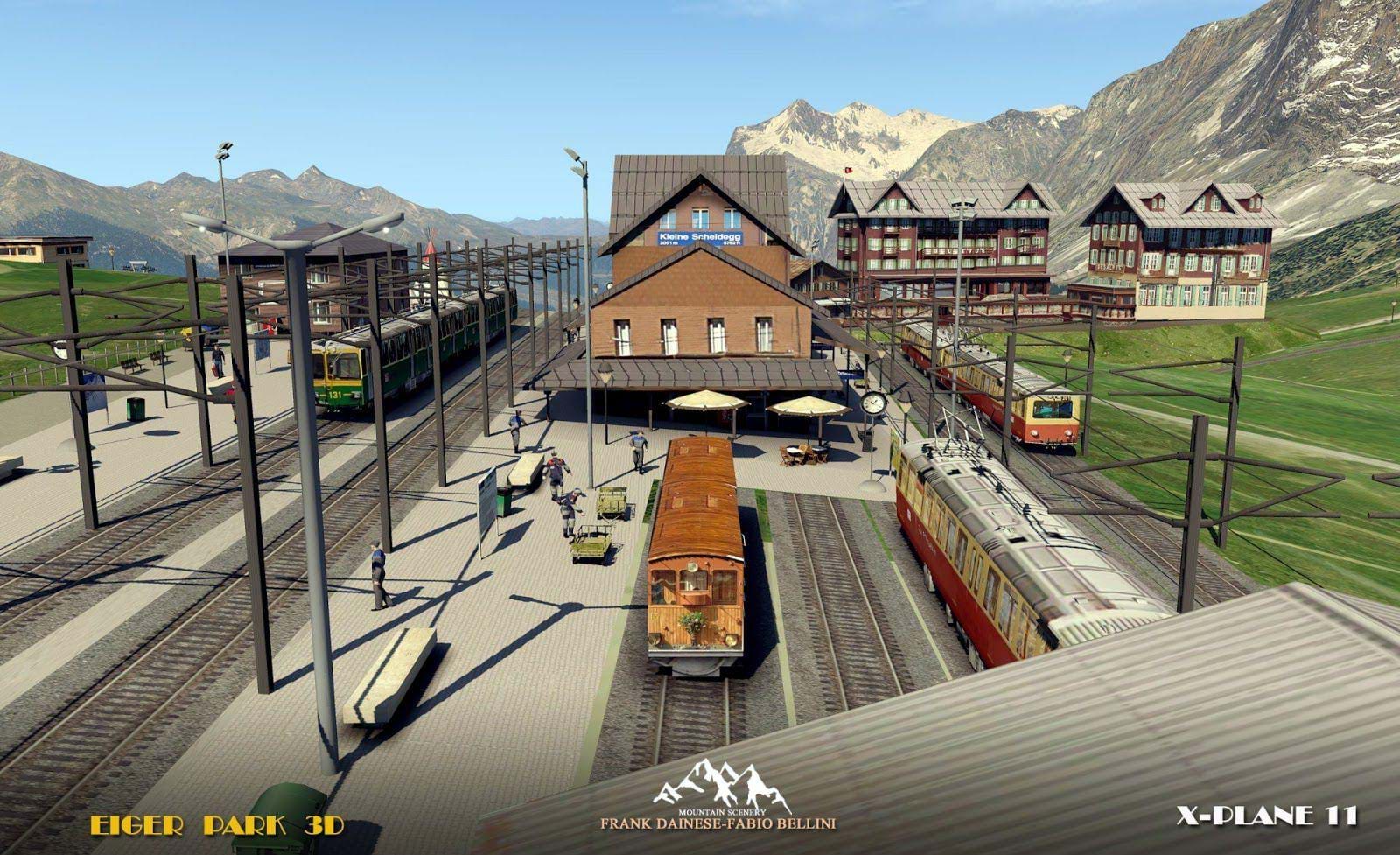 Expect to find an airfield in as well as Grindelwald with several heliports in various locations.

The team has released a few screenshots of the Kleine-Scheidegg station. More screenshots will be released soon.

There’s no release date yet but the team is hoping for a May/June release. 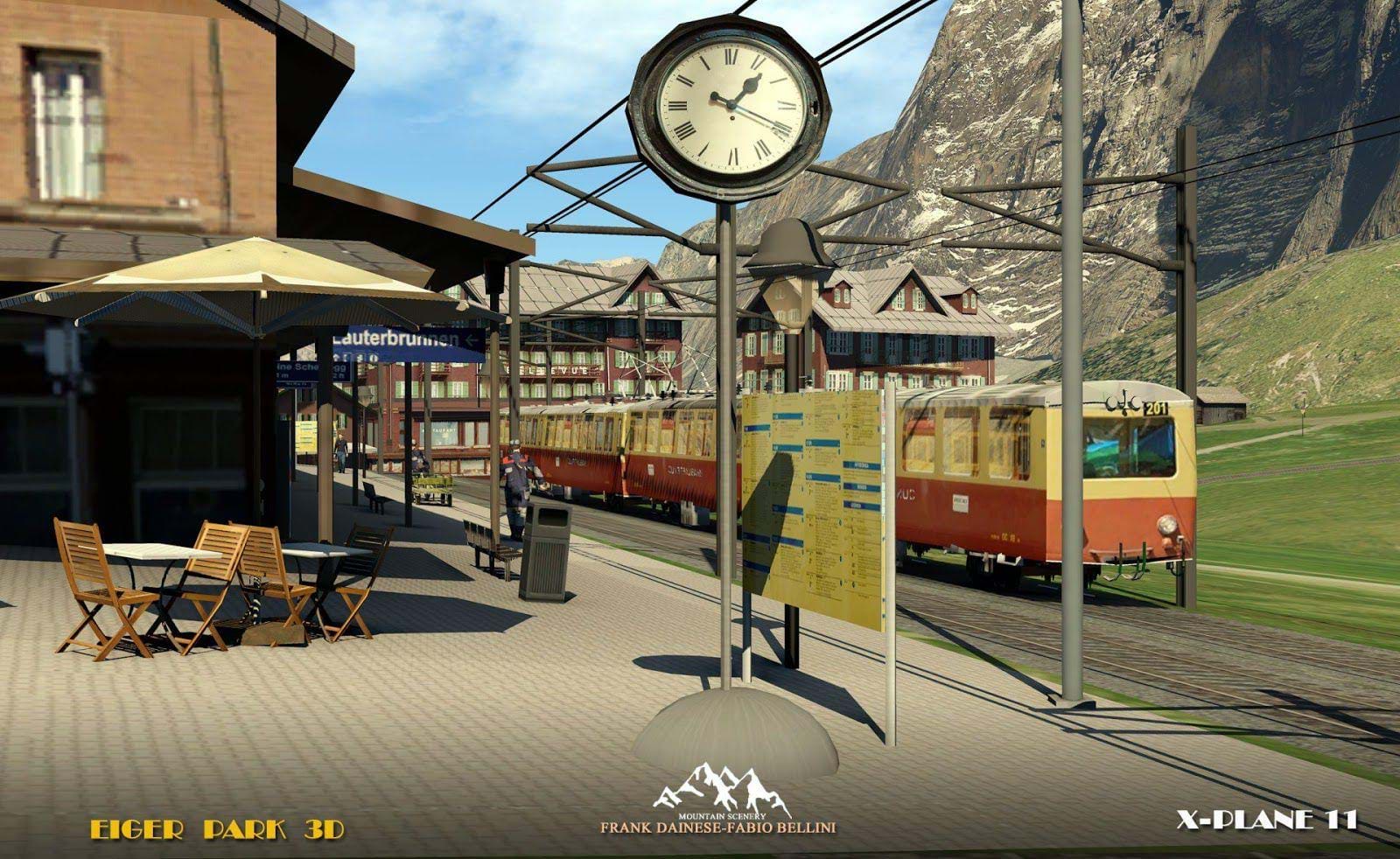 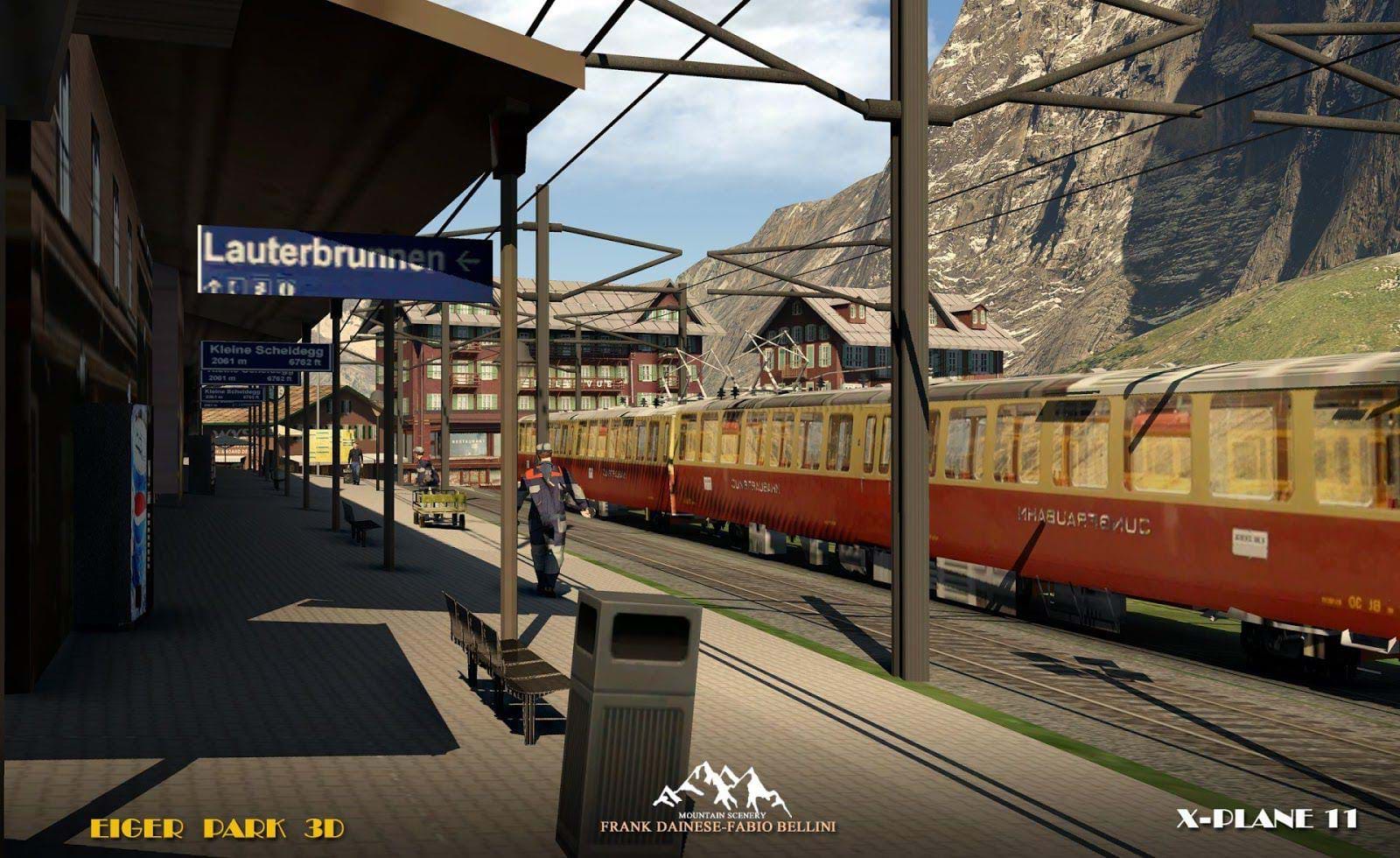 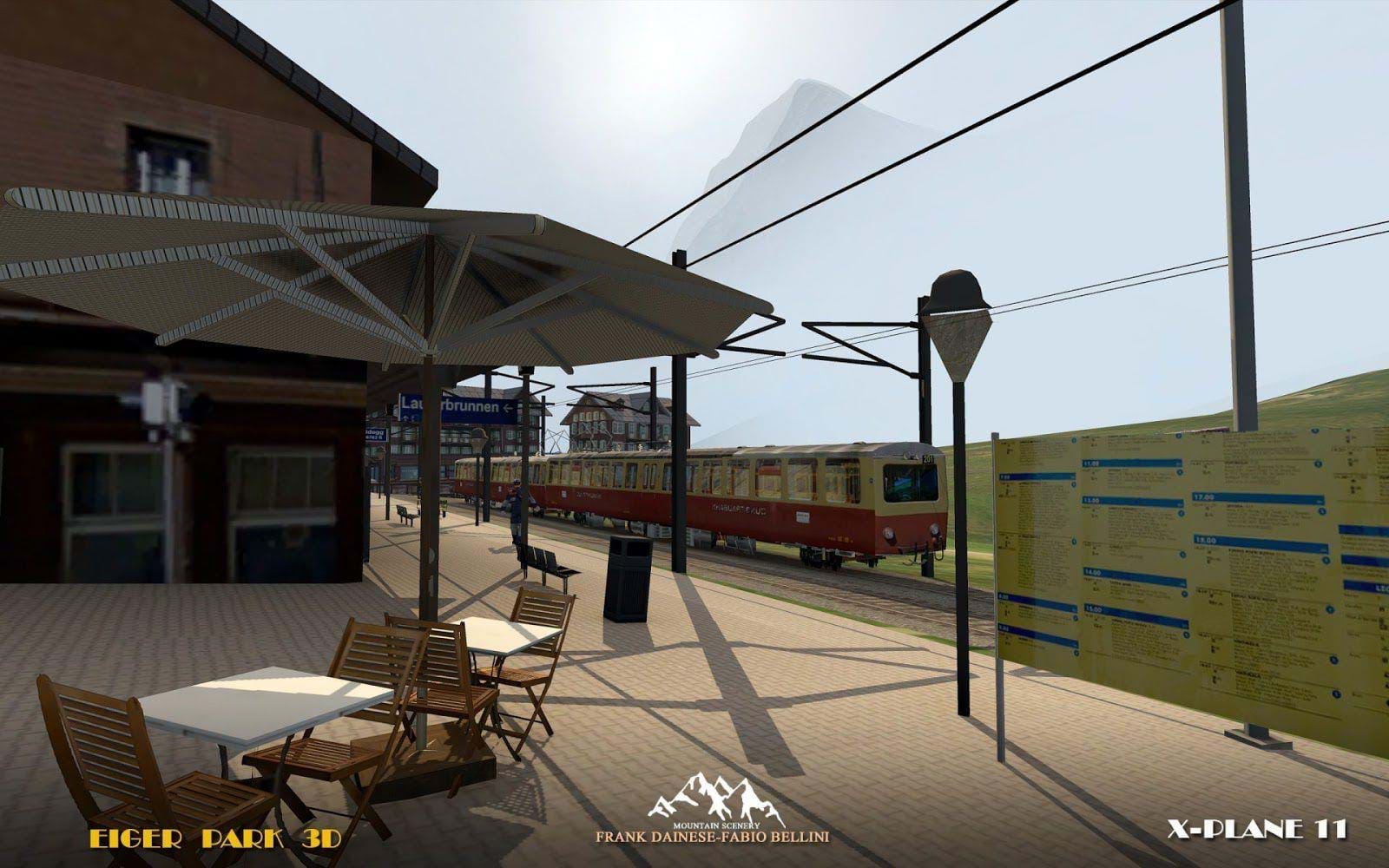 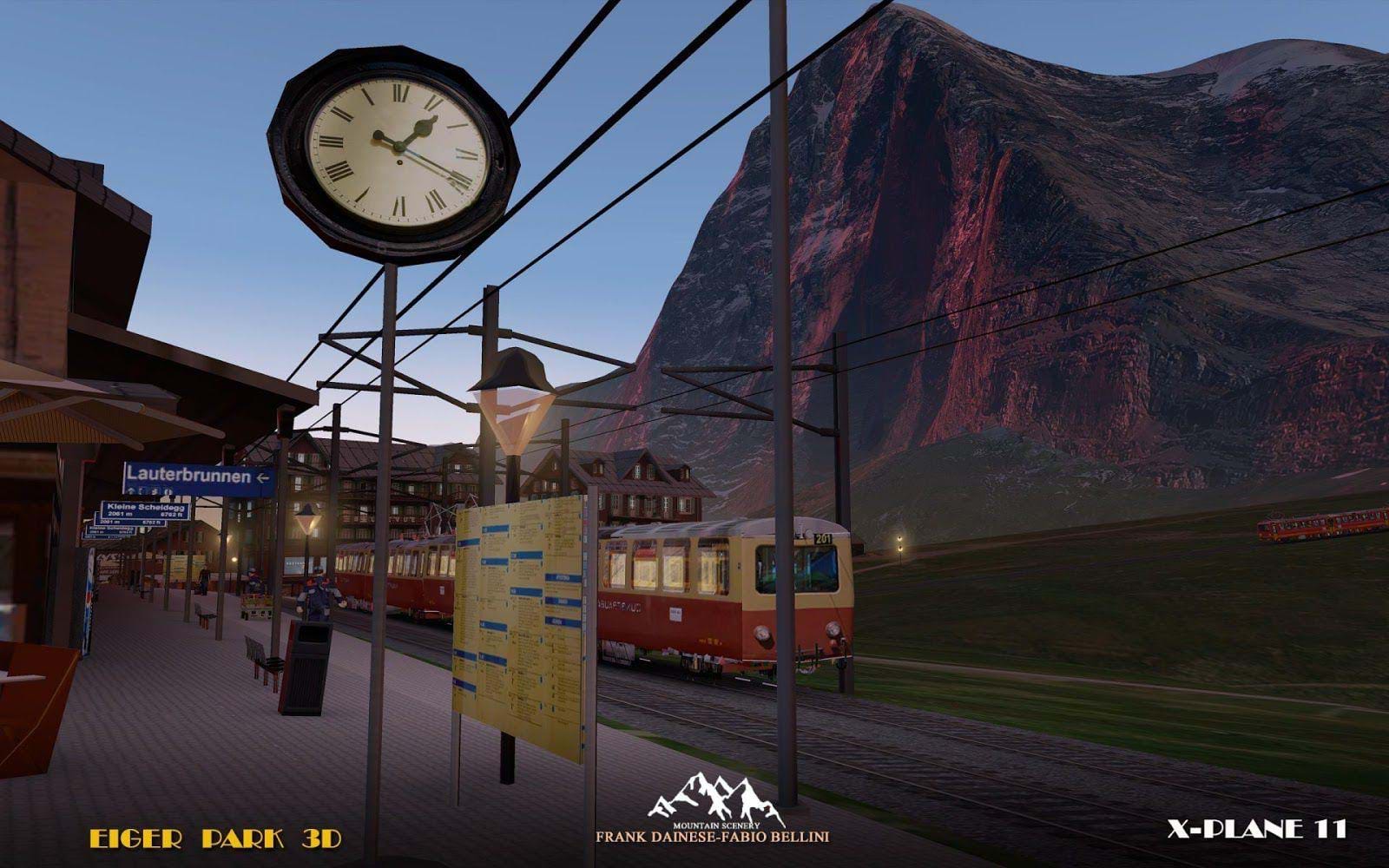 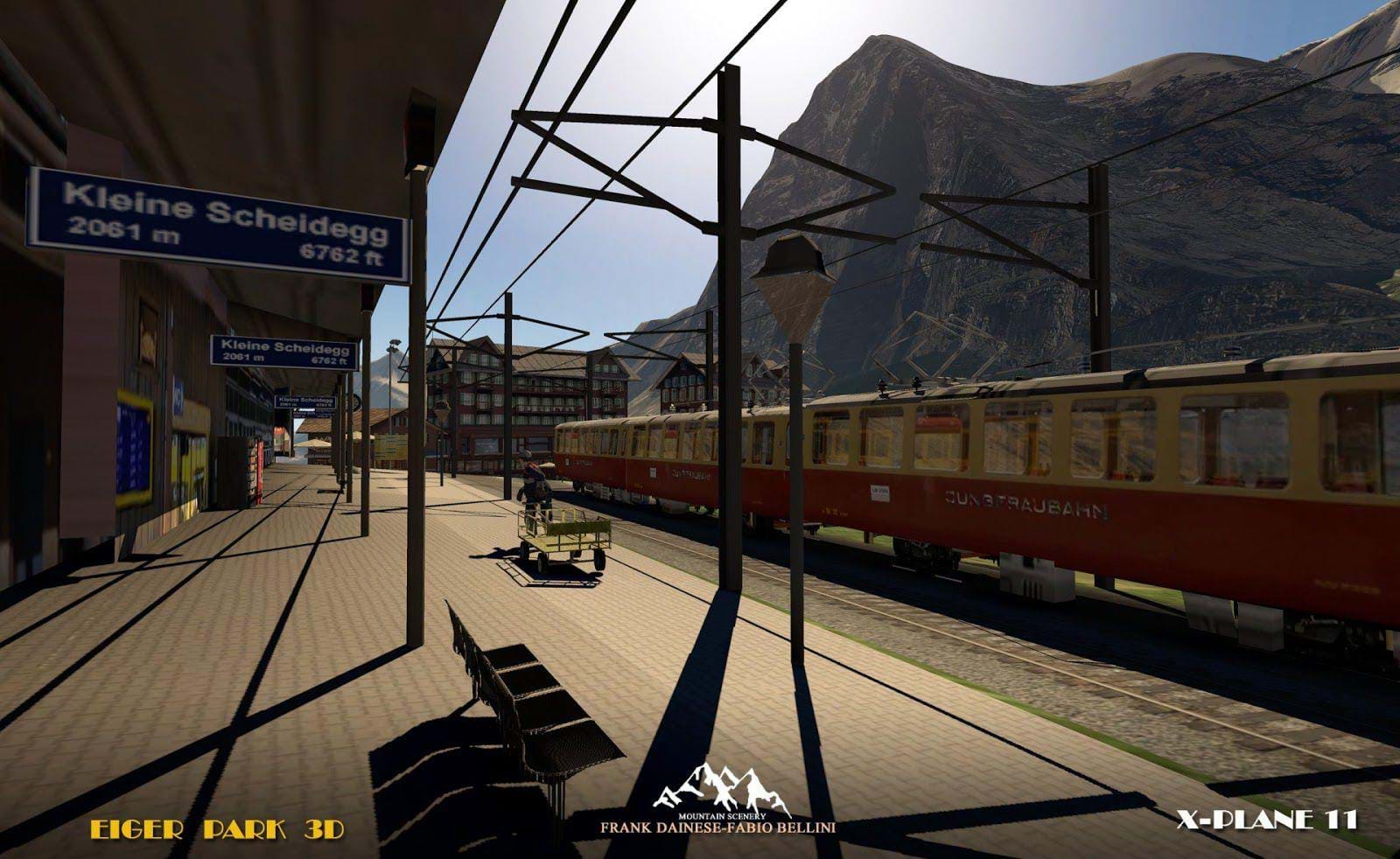 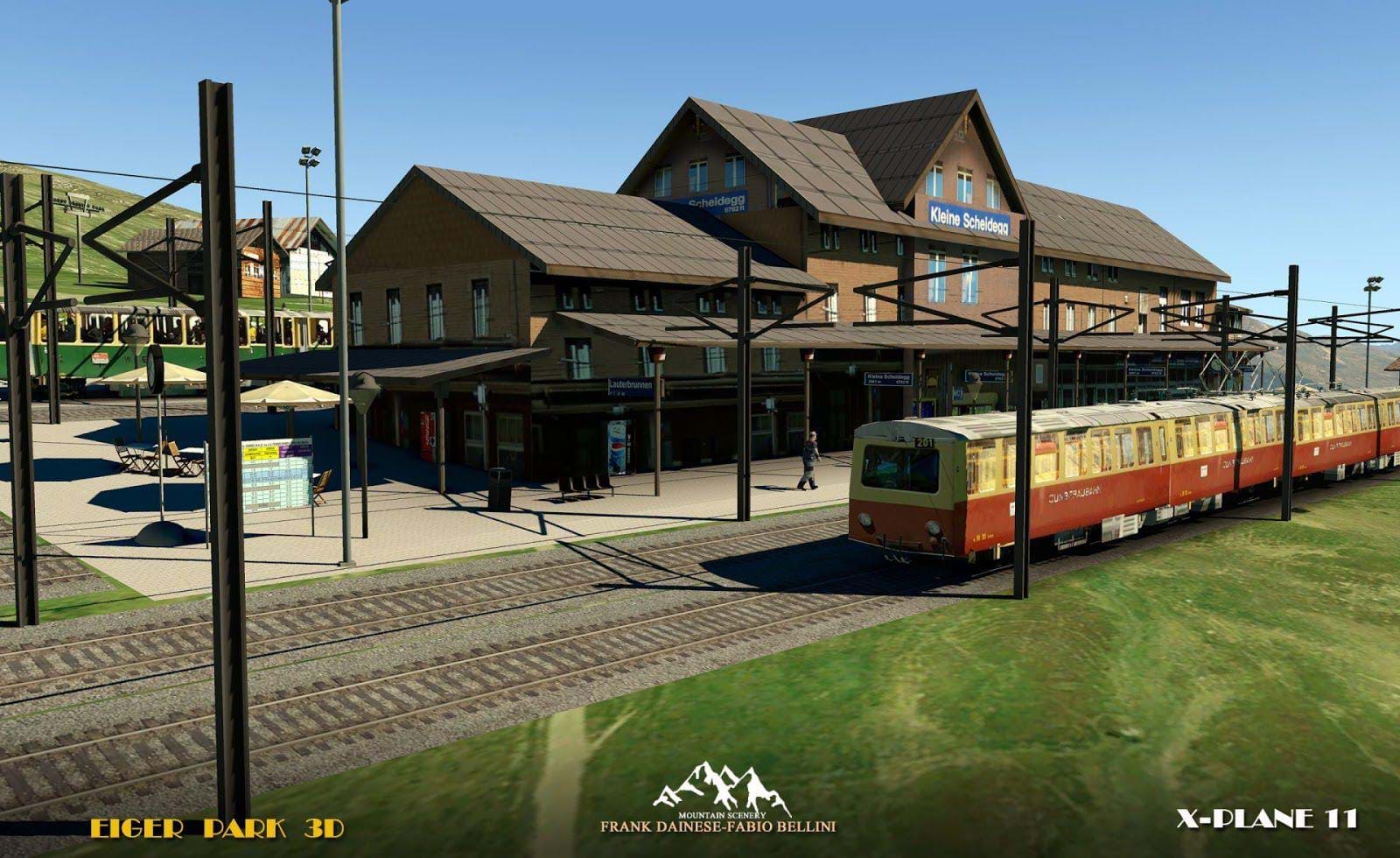