Surprise, surprise. Or maybe not as it's the helicopter that is pretty much everywhere. Well, it was actually a surprise for me as I wasn’t expecting Laminar to do an R22. But here she is, coming our way. And with floats too! 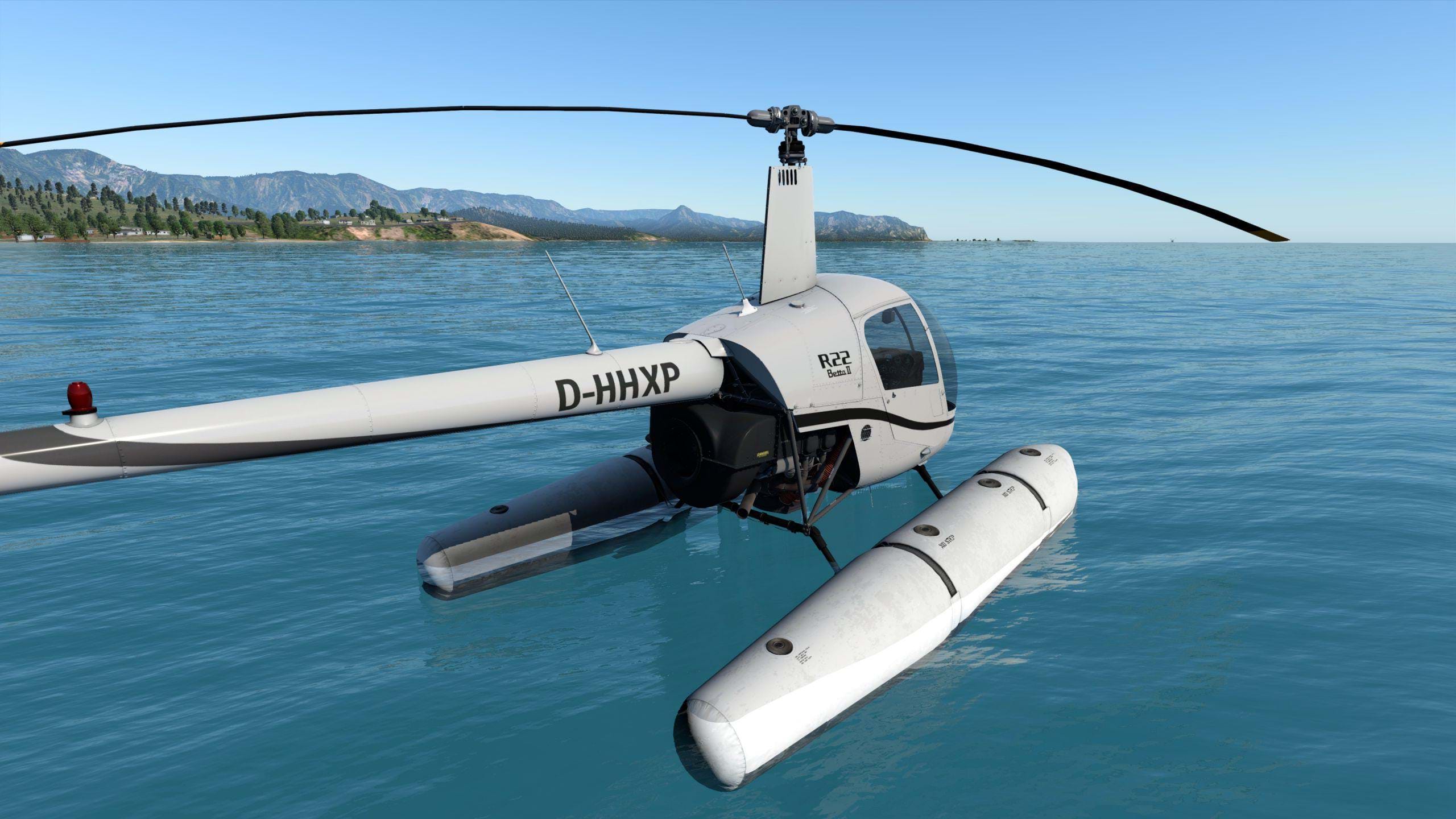 In case you missed it, Laminar Research has announced X-Plane 12 at FlightSimExpo. Among other things, there are new aircraft coming to the sim and, of course, I eventually had to ask them about a new helicopter.

And it has been confirmed that we will have a new default helicopter for the new version of the sim. What we didn’t know during the announcement keynote was the exact model we are getting.

Well, now we do. And we also got some images, showing it off. Please note that these images are “from an early, pre-alpha v12 build so not all of the features have been integrated or perfected”. Basically, this is not the final version, folks. 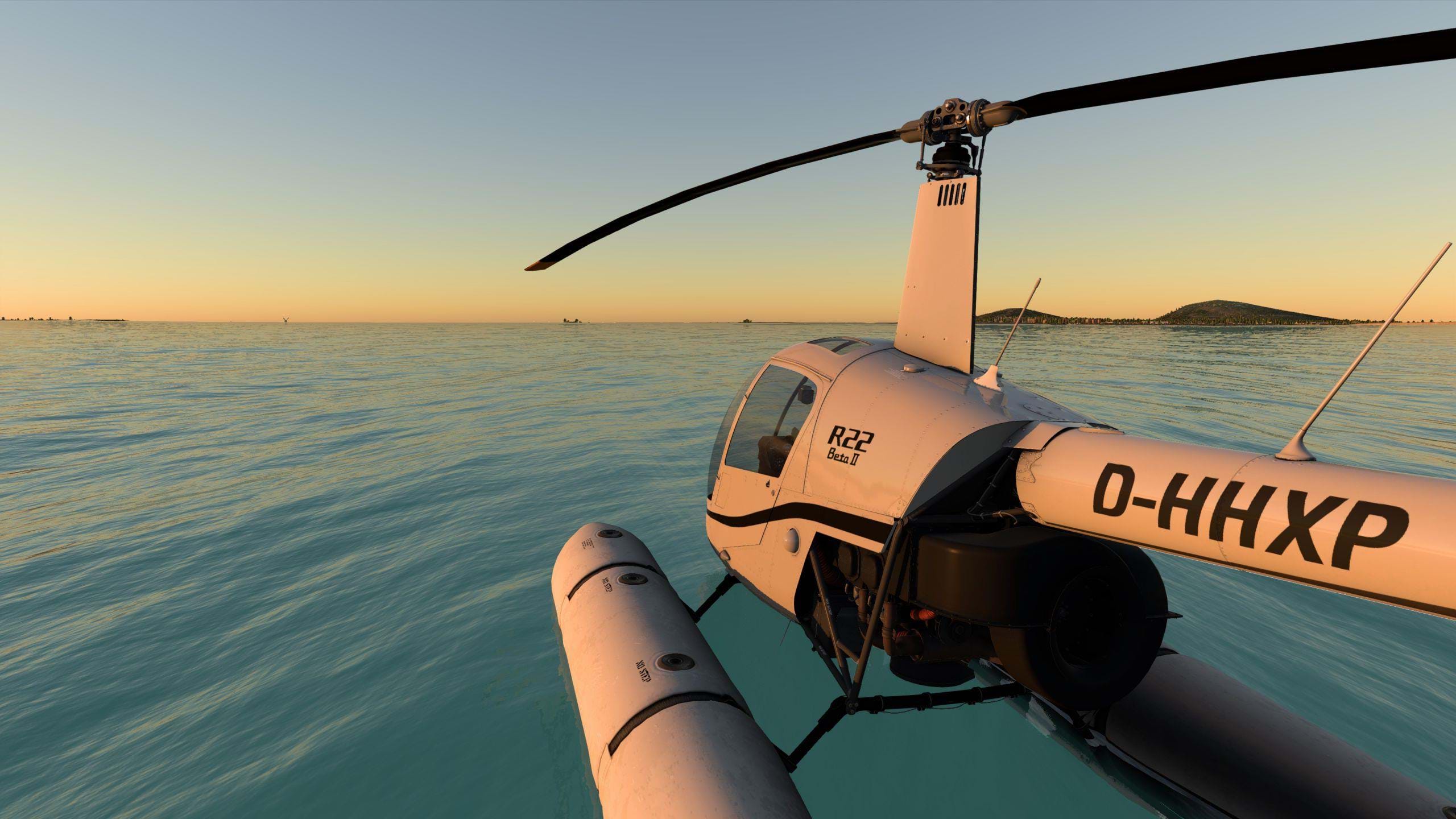 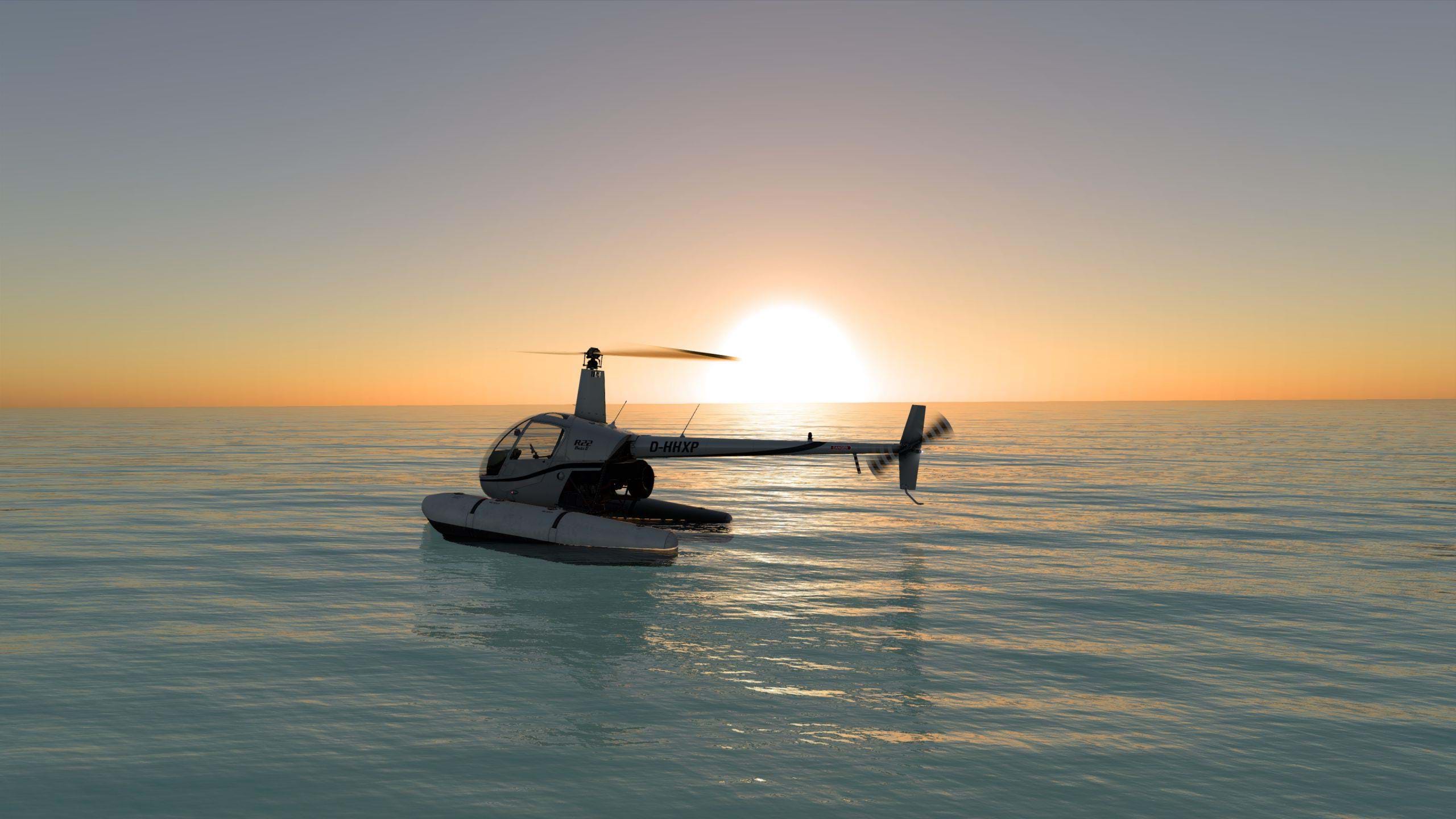 The screenshots show us a nicely modelled R22 with floats (I love those little helicopters with floats that allow you land pretty much everywhere you can reach). There are no interior images (yet – Laminar promised to send some soon) but she is looking great on the outside already.

Considering what Laminar is being doing with the new fleet additions, I am very curious to check this one out. Hopefully, it will offer a great experience and act as a gateway for newcomers, just like the S-76 has been so far.