In a world premiere, VRM Switzerland gets to be the first company ever to certify a device that can now be used in the training of helicopter pilots. 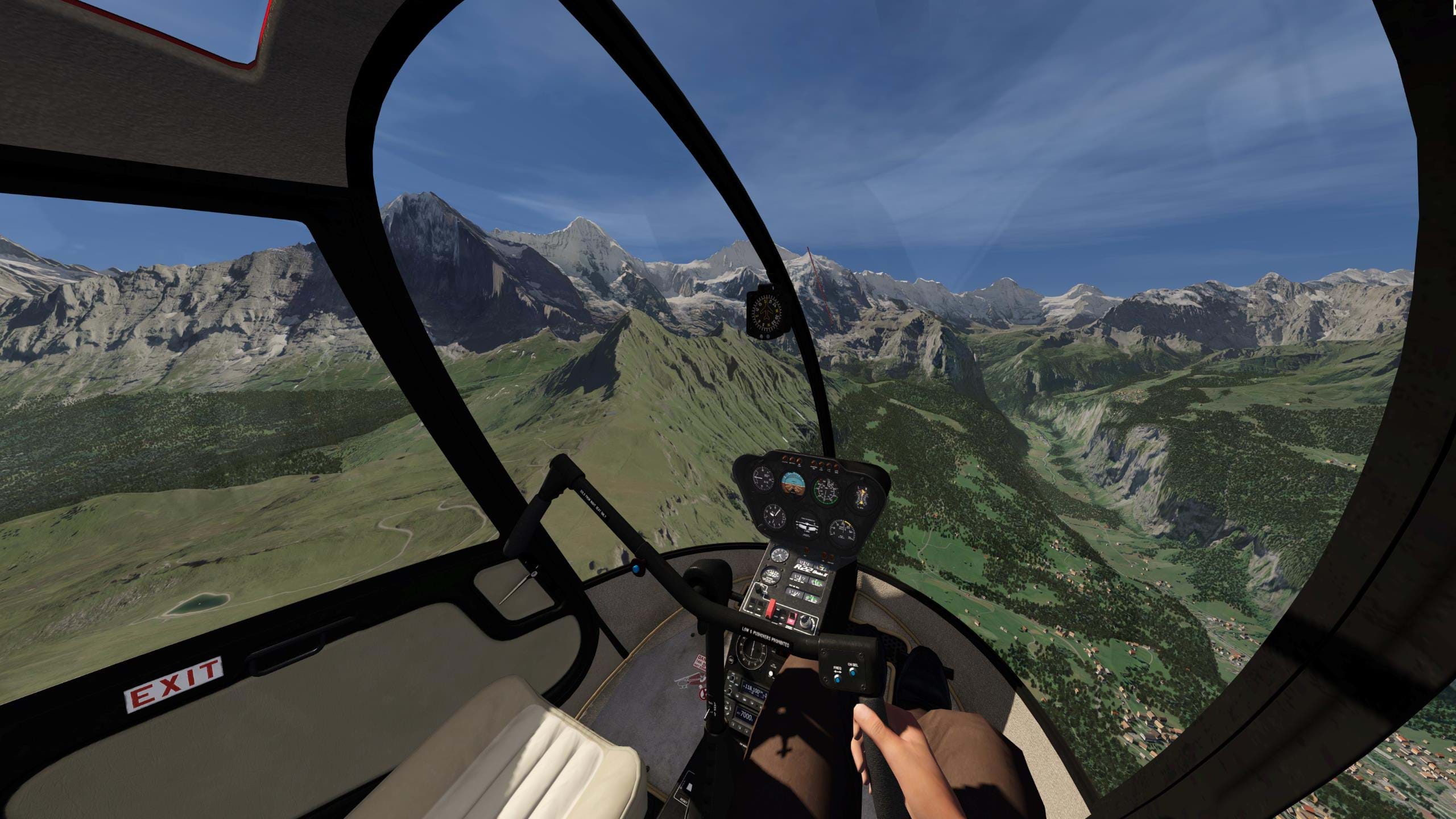 The system, which is based on IPACS’ Aerofly FS2, is the latest iteration of the prototype that I have had the pleasure of testing back in 2018. And it was quite impressive back then.

The Virtual Reality Training Device developed and built by VRM Switzerland focuses on the Robinson R22 but there is already an Airbus H125 version underway, which, according to the company, “will follow shortly”. 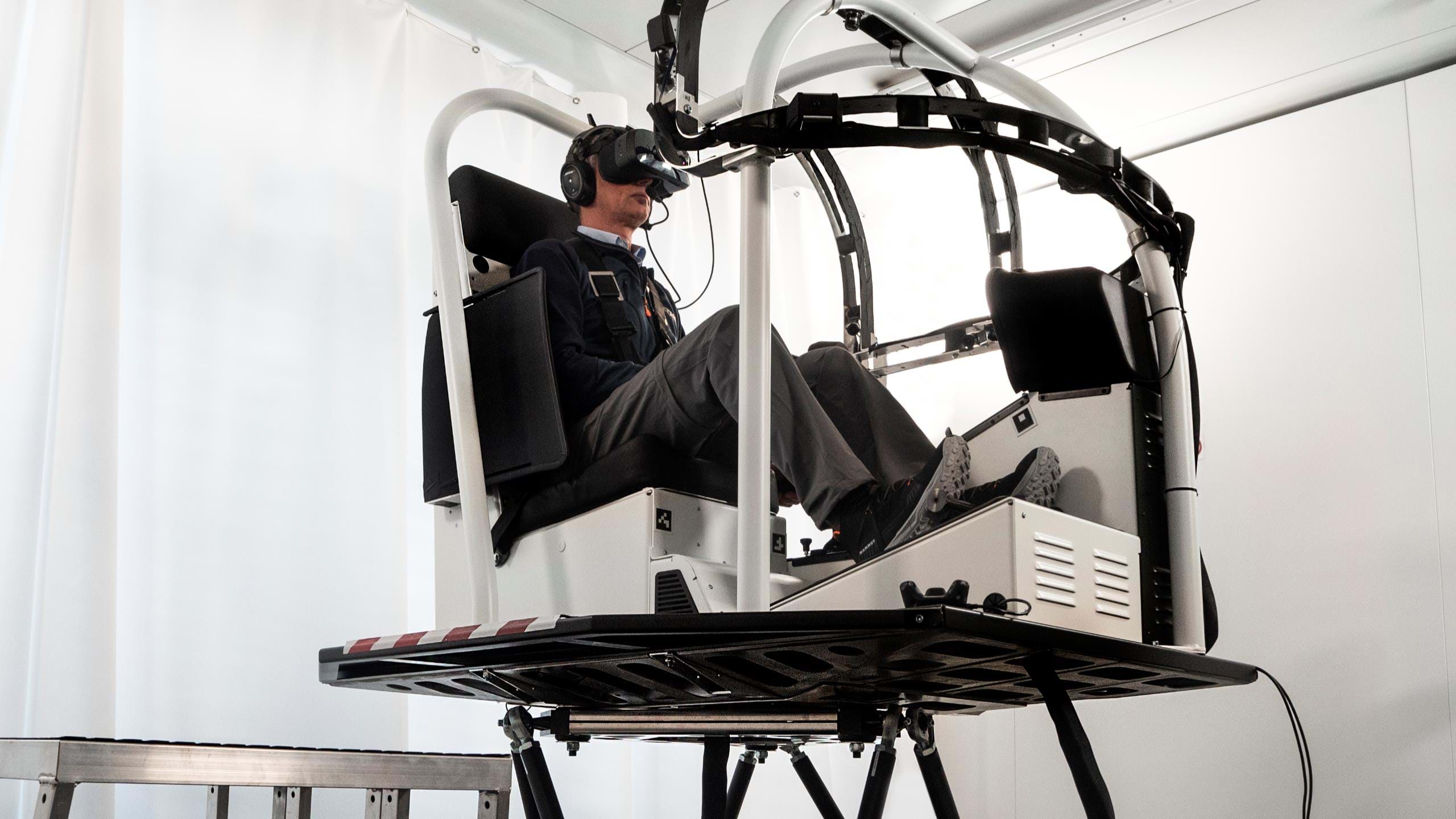 Pilots can now have simulator time credited to their flight training and benefit from the high training value of the device. Flight schools and helicopter companies thus increase flight safety in the operation of their helicopters. 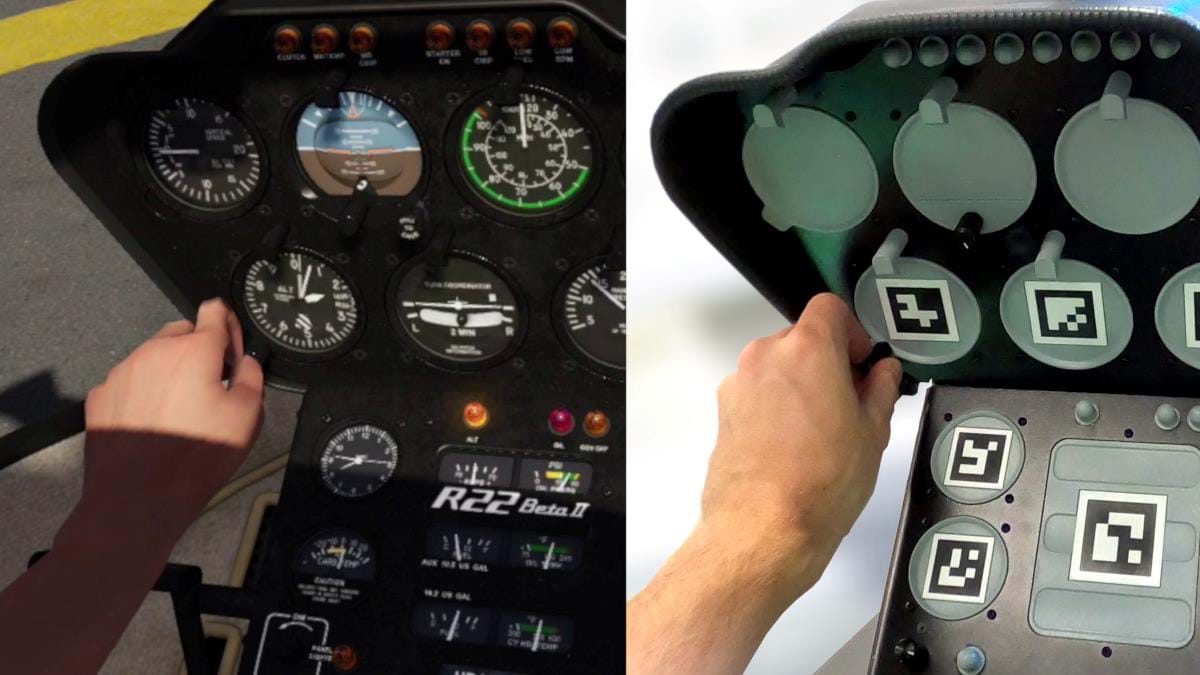 This is tremendous news and it clearly demonstrates, like we were previewing back in 2018, the potential of VR as a training technology.

Here is the full press-release:

Since the qualification of the training device is done directly by EASA, customers of VRM Switzerland can use the VR training device without further national qualification according to EASA regulations. This enables innovative companies to establish new business models and to increase flight safety using the latest technology, to offer more cost-effective training solutions and to train in an environmentally friendly way at any time of day. All this is possible because VRM Switzerland can operate the training devices worldwide with its own Flight Simulation Training Device Organization (FSTDO). This simplifies the organizational effort for flight schools and operators enormously. The qualified Robinson R22 and the soon to be qualified Airbus H125 simulators with sling load training option (HESLO) are available now. Fabi Riesen, CEO at VRM Switzerland says: «Pilots should receive realistic training on simulators. This allows helicopter operators and flight schools to fly more efficiently and safely. Thanks to the qualification from EASA, we can offer training with the possibility of crediting flight hours. To make this possible, a lot of preparatory work was necessary. The suitability of the VR concept was verified through a training evaluation program together with EASA involving pilots of various nationalities from industry and aviation authorities, including helicopter flight instructors and test pilots.» This evaluation confirmed the suitability of the VR concept for training purposes, particularly for cases such as autorotation, hovering and slope landing where exact height perception and a wide field of view are required.

«Pilots should receive realistic training on simulators. This allows helicopter operators and flight schools to fly more efficiently and safely. Thanks to our cooperation with the authority, we can offer training that is directly creditable. Our VR concept, which includes the Varjo VR-3 Head Mounted Display (HMD), Pose Tracking combined with a VR Haptic Cockpit on a highly dynamic 6DOF motion platform, provides a training device with the highest possible visual fidelity, allowing pilots to be fully immersed.»

Varjo VR-3 enables the qualification of the VR training device

The professional use in aviation places high demands on hardware and software. «In the wide variety of VR headsets, Varjo’s latest product is the only device which met the requirements. The high-resolution display in particular was the reason for choosing this product» explains Fabi Riesen.

«Varjo is honored to be a part of the first EASA qualified VR-based Flight Simulation Training Device with our highest-fidelity Head Mounted Display (HMD). This is a truly pivotal moment for the entire VR industry, proving that immersive simulations can bring very tangible benefits to pilot training. Together with VRM Switzerland, we look forward to providing and scaling cost-effective, photorealistic virtual simulation training to pilots worldwide».

Creditable training time and other advantages

With the qualified FSTD, training time can be credited toward flight training courses. In the example of the R22, which is qualified as FNPT II, EASA allows 5 hours of credit for a PPL and 10 or 20 hours for a CPL(H), depending on the training concept. The trainee also receives 5 hours of credit for night flight training. Thus, the acquisition of a training solution can be worthwhile even for companies with a small number of flight students and pilots.

Among other things, the simulator can be used to learn hovering and other basic maneuvers. Various emergency procedures, such as autorotations with landing and tail rotor failure, can be practiced. The system also allows scenarios that are not feasible or too dangerous with the real helicopter. Targeted training thus optimally promotes the pilots' skills. David Solar, Head of General Aviation and VTOL Department at EASA points out:

«Virtual Reality Simulation is one of the pillars of the Rotorcraft Safety Roadmap, which EASA launched end of 2018 to improve small helicopter safety. This technology was identified as a real enabler and potential game changer for helicopter training. The VRM Switzerland R22 Virtual Reality Simulator qualification is a further step towards EASA and Industry objectives to improve overall rotorcraft safety by 50% by 2028. It shows that when we are all working together, we can overcome all challenges towards a common objective. I’d like to congratulate VRM Switzerland Team for the outstanding work, as well as EASA teams for their commitment to support this qualification, which so far as I’m aware is a first in the world. Well done to all!»

Customers have already responded positively to the qualification of the simulator solution. Today the Norwegian company Helitrans has reserved two spots of the AS350/H125

out of the existing 15 qualification slots in 2021, and confirmed options for the R44, AW09, H135 and H145. This shows impressively that schools and professional operators have been waiting for a VR simulator solution for a long time, with which flight training can be improved and also simplified. The qualification now gives them the certainty that the investment will pay off.

«Coming from the Airline industry and having seen the effect of safety focused and structured simulator training, I am extremely thrilled to be part of the paradigm shift the innovative and sophisticated training concept VRM Switzerland is now launching, through high resolution 3D visual representation combined with full flight equivalent motion, enabling the rotorcraft segment to further build a strong training and safety culture, reducing incident and accident rates towards airline standards. Professional simulator training, especially within special operations, will reduce risk and increase the standards and strengthen the safety culture as historically, most training, including type rating training, OPC/PCs, are done in the actual helicopter.  Now, this training can be done in a safe and weather independent optimum learning environment, also increasing crew efficiency. With the realistic 3D VRM Switzerland visual & flight modulations, operators will also be able to train additional pilots to the highest HESLO levels, two pilot crew concepts including CRM and customize other special operations to their needs which would be challenging to achieve in the conventional full flight simulator environment.  We are aligning our strategy based on this investment and are now planning to establish a new training center, open to all Nordic companies and customers. When qualified, we will expand our simulator fleet with the R44, AW09, H135/H145 and establish a comprehensive training and competency center. I am also extremely pleased to see the efforts of EASA supporting the drive to enhance rotorcraft safety through pursuing and supporting innovation and “out of the norm” training technology – impressive!»

A sophisticated overall system creates a full-body immersion. This gives the pilot the feeling of sitting in a real helicopter. The highly dynamic motion platform allows the pilot to precisely feel the finest changes in attitude and touchdown on the ground. A numerical simulation enables the realistic representation of the flight behavior. The cockpit is modeled on the real helicopter. The pilot's movements are displayed in the VR environment, enabling operation of the cockpit including haptic perception. In addition, the software is optimized for VR glasses. This has the great advantage that the pilot has exactly the same visual representation as in the real helicopter, which is unique.

«The team at VRM Switzerland has developed a realistic, full-scale replica cockpit with VR technology that provides a true flight experience for the helicopter pilot through its 3D visual representation. All of this is incorporated into a novel and innovative FSTD design. With this qualification we set the benchmark, which will be required for highest aviation standards. Previous technologies such as mixed reality do not meet the required qualification level».

VRM Switzerland is an innovative team of 30 passionate engineers, highly specialized developers and dedicated aviation experts. All mechanical designs and electronic circuits are designed and coordinated in-house. Another strength of the team is its proximity to flight schools and operators. The Swiss launching customers Mountainflyers, the Heli Academy, the development partner Air Zermatt, the helicopter manufacturer Kopter and other specialists enable the development of sophisticated training solutions with optimal benefits.

Varjo makes revolutionary VR / XR hardware and software that together allow you to see virtual and augmented content just as clearly as you see the analog world around you. Varjo’s virtual and mixed reality headsets take you to another level of performance and emotional immersion – recreating the exact feeling and conditions of real life, enabling you to perform better and learn faster. Varjo is profoundly changing the way professionals work, train, design and collaborate across industries. www.varjo.com

Helitrans is Norway’s largest inland helicopter company with close to 100 employees, operating 23 helicopters within a range of special operations and have 9 bases spread out from the south to north above the arctic circle.  Helitrans has placed a firm order for new 12 AW09 helicopters (previously SH09) with an option for up to six more. Helitrans AS was founded in 1990.   www.helitrans.no