This classic beauty got overhauled, big time, and you’ll be able to get this update right away, for free if you already own the triple-deuce. 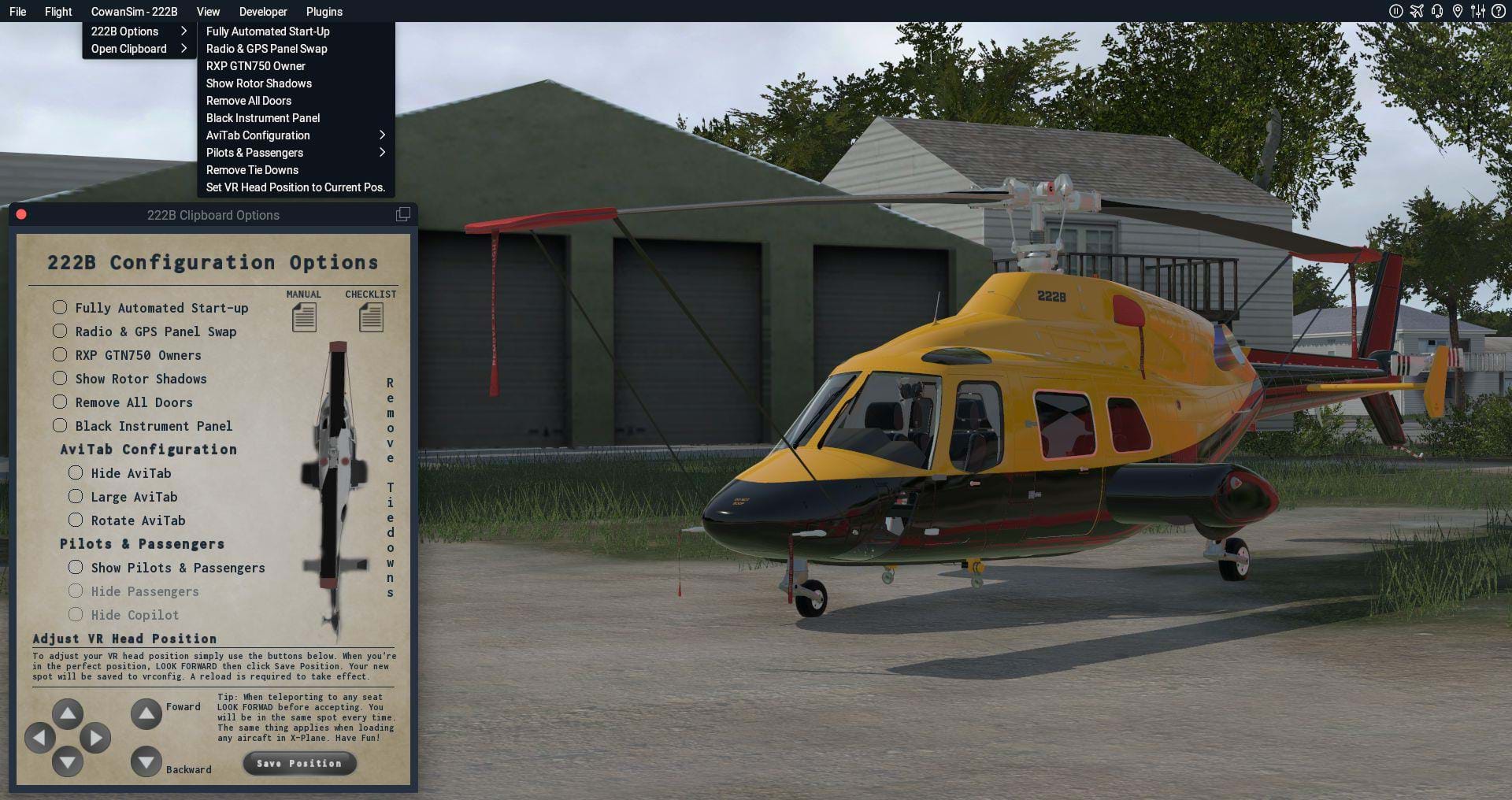 One of the first things Joshua Cowan, the man behind Cowan Simulation told me when we first started talking about his 222 was something that I found very interesting and it made me realize this was a special kind of developer.

Back then, he told me that he wanted to release the Bell 222 but keep on investing his time on it to make it better and better over time.

And Joshua has been delivering.

After the skidded-version 222, Joshua released the wheeled version (with a discount for those that already owned the 222UT). At the same time, both versions got updated. And it was quite an update.

And now, Joshua did it again.

And, again, it’s quite the update. 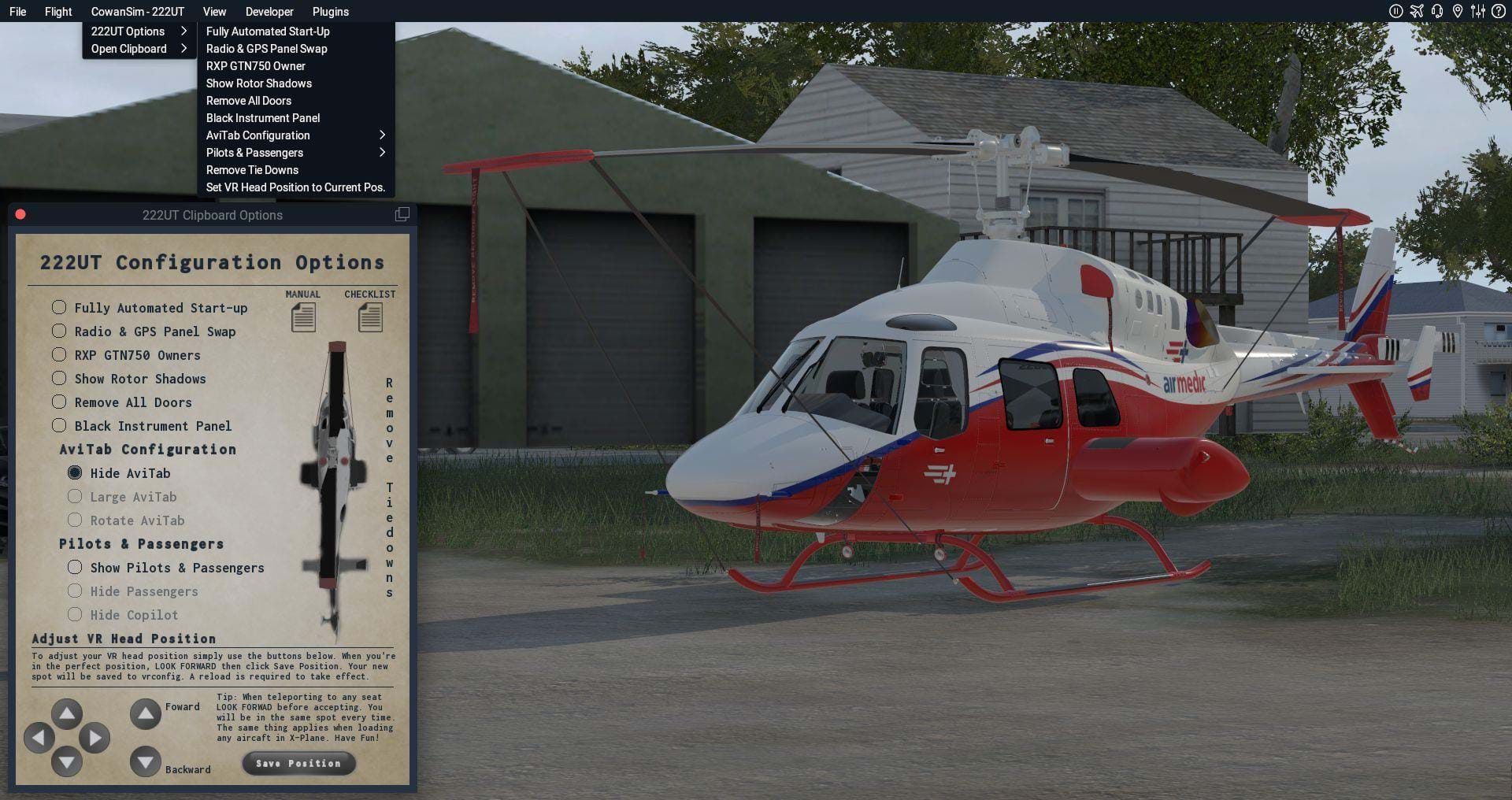 Joshua touched a lot of different features and systems of the Bell 222. We are getting a whole new clipboard system, added a bunch of accessories like the “remove before flight” tags, improved rotor drag and rotor animations, fixed some cosmetic issues (like the front seal), adjusted the FMOD sounds, added some GIMP files to the paint kit (so you don’t have to own Photoshop to be able to use it) as well as other improvements.

I can’t wait to see what Joshua will work on next! The 222 is getting better and better. And, honestly, I am dying to see any other helicopter he may decide working on.

If you don’t have the 222, go get it. Don’t just take my word on it, check out instructor pilot and Bell 222 fan Joe Hudson’s review and decide for yourself.

Joshua is, definitely, a developer that deserves our support. Great job.