Coming to DCS: freeware AS350 Ecureuil / AS550 Fennec mod

One of the most used helicopters in the world is making its way into DCS but it’s bringing its own escort as the AS550 Fennec is tagging along. 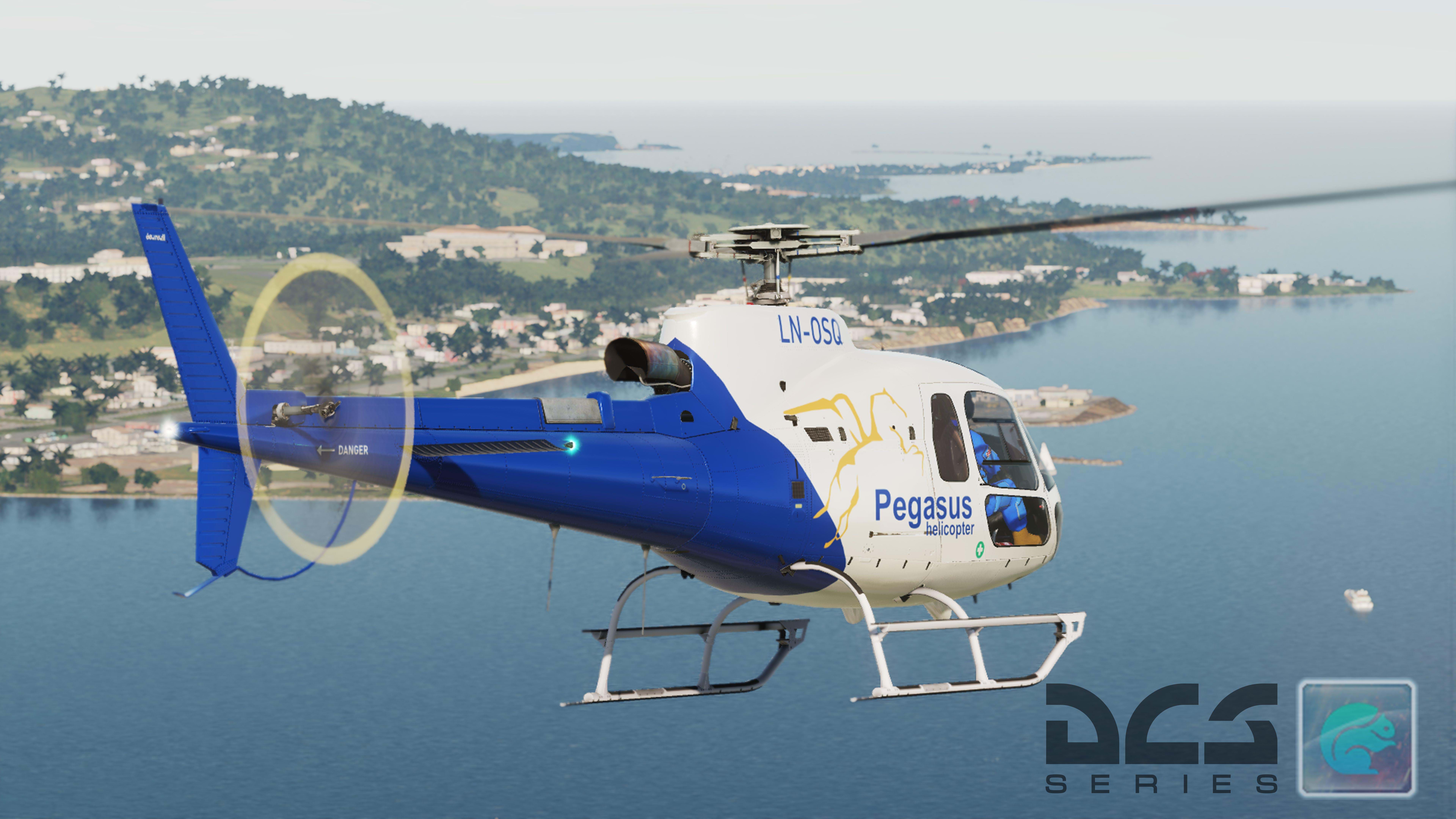 I admit that this news got me really excited as I am a huge fan of the AS350. And also, because I use DCS as a civilian sim (I can imagine the comments section, now).

An AS350 in DCS is not exactly something that I was expecting to see, at least not anytime soon. Thankfully, JinxxDCS and Foxtrot Oscar Simulation Designs joined forces. And therefore, Project Squirrel was born.

Not only that, but they are also developing the militarized version of the AS350, the AS550 Fennec.

The models are being developed on top of the AH-6 flight model and will be coming out as freeware, which adds an extra layer of greatness to the project as we do need more good, free helicopters for DCS. 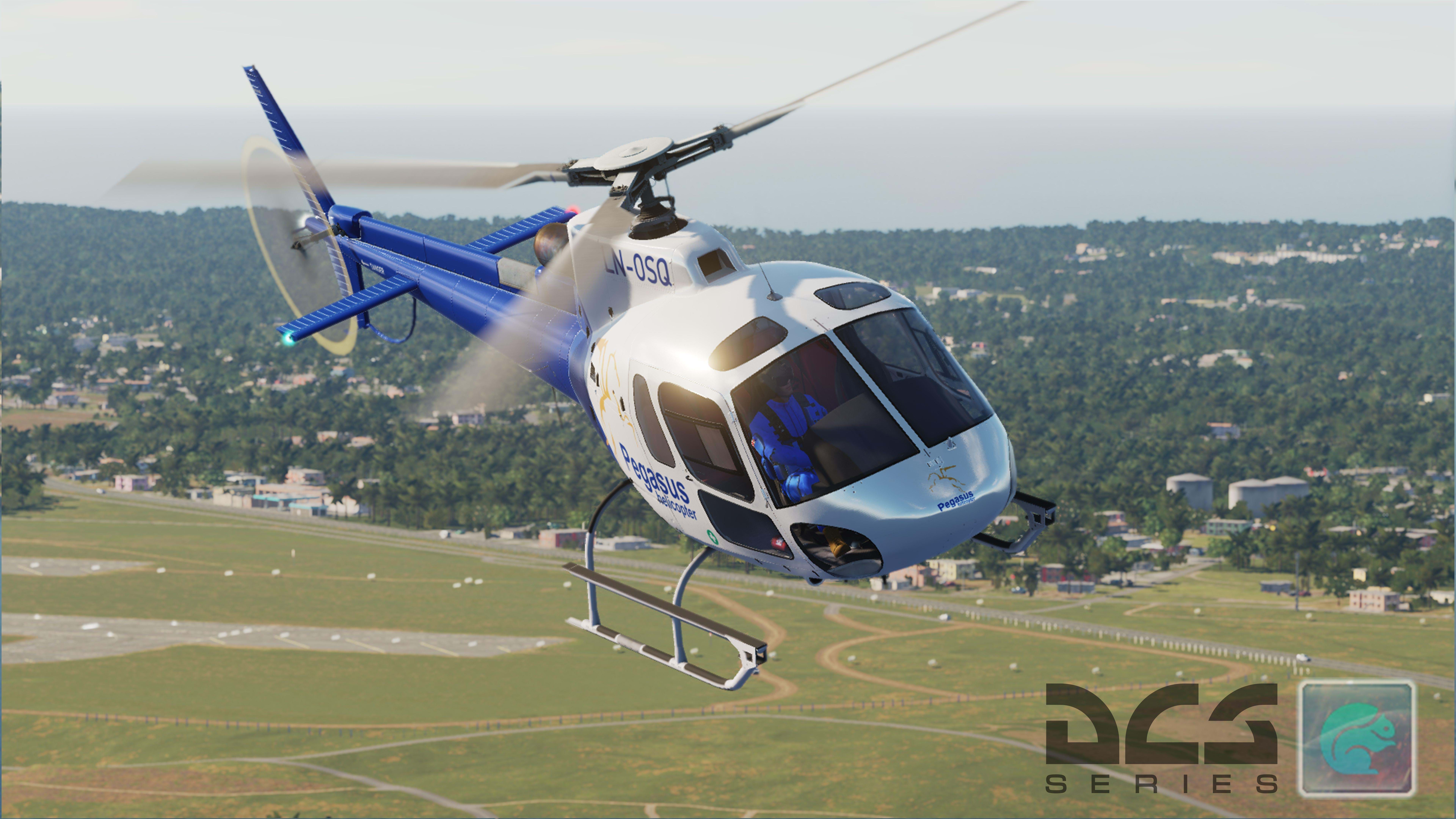 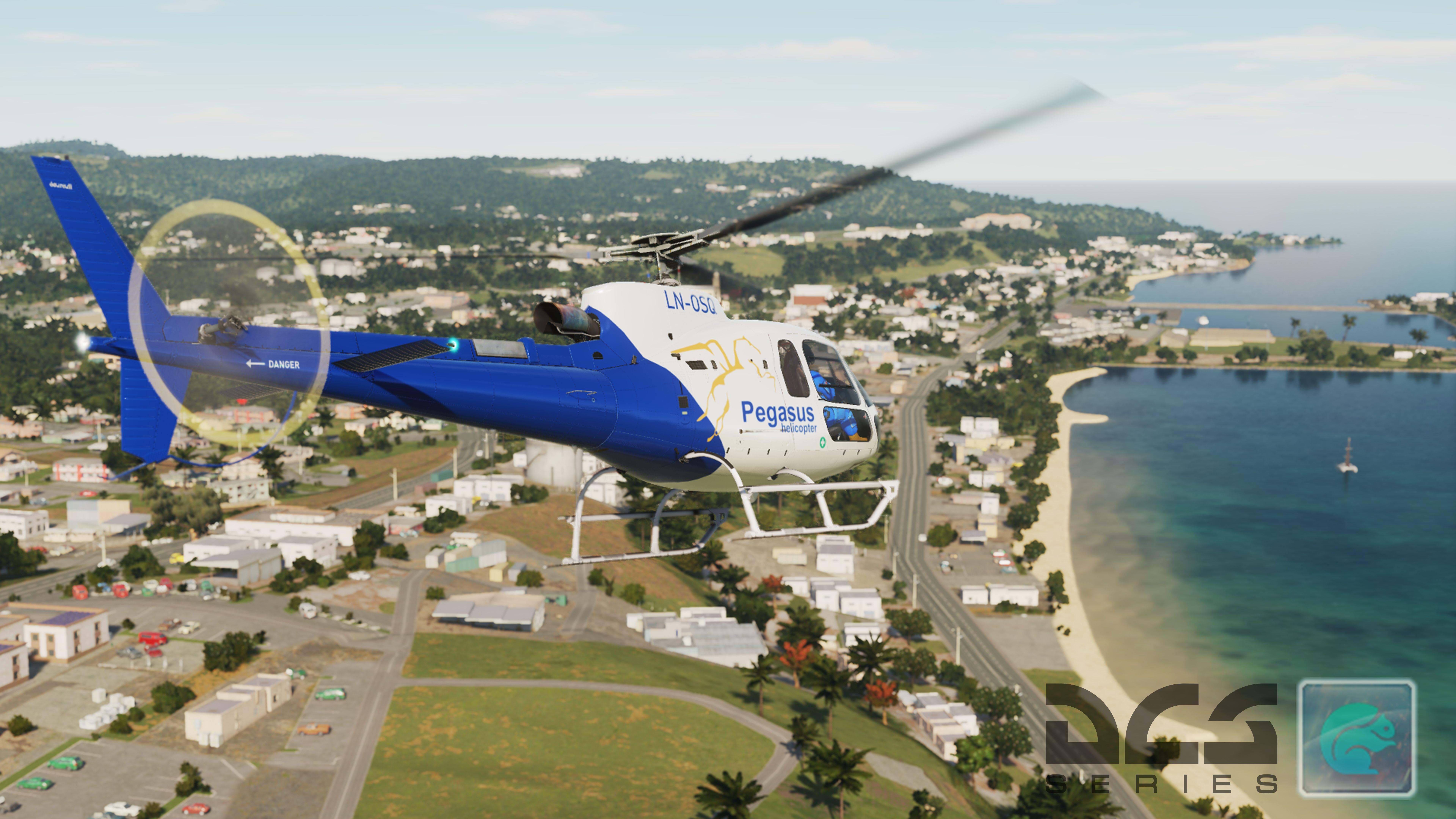 I’ve been trying to convince ED for a few years now to release a basic helicopter in the base sim, so folks could see how good helicopters are in DCS but, unfortunately, that’s has happened yet (hopefully, it will in the future).

Fortunately, we can always count on the community. I sat down with the team for a few minutes to talk a bit about the project and get to know a bit more of what we have coming our way. I, of course, had to ask the hard questions. And was seriously surprised and excited with the answers.

One of the first things I wanted to know was if they had based the helicopter on anything done previously (the beforementioned AH-6) and, although the “aerodynamics parts from the AH-6 are staying” everything else is build built from scratch. But even the flight model is being updated and improved to allow new parameters that weren’t required in the AH-6 but are needed to make the AS350.

The 3D model is based on the one already used by Nemeth Designs (for FSX/P3D) and DreamFoil Creations (X-Plane) but the team is tweaking it a bit and doing all the animations. An interesting fact: the paint kit provided for the DreamFoil Creations AS350 should work on this helicopter, meaning repaints for the DF AS350 should work on the Project Squirrel AS350 as well! 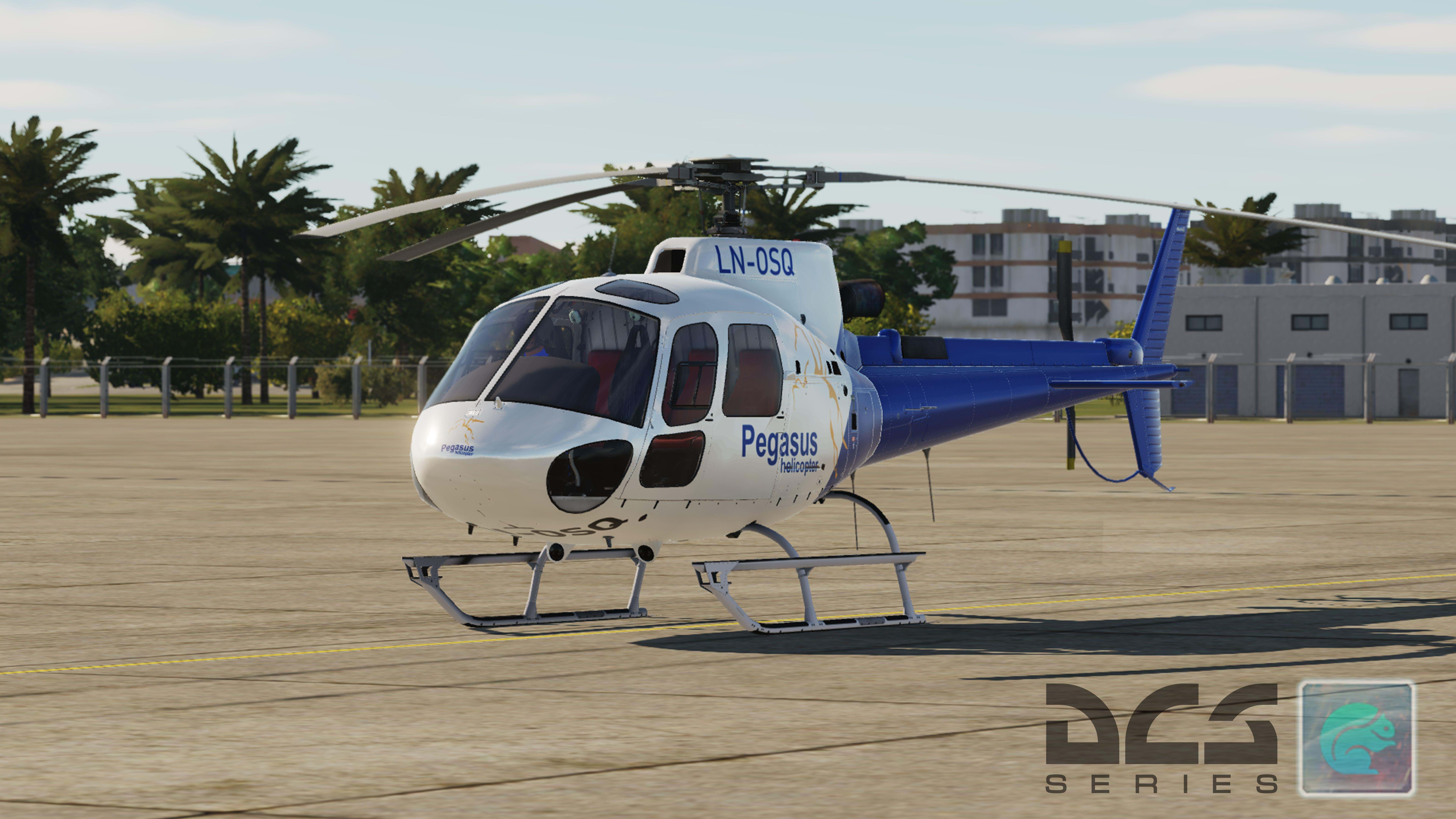 First of all, this is a mod, not an official module. So, there are some limitations as the team does not have access to the SDK, for example. That makes it hard to access some features or get some information and forces developers to become creative in the way they tackle problems and come up with their own set of features for the product they are working on.

But, on the other hand, and how the team puts it, not being an official module also means that as a developer, “you have more freedom to do what you want” and that you can work “at your own pace”.

Having that said, and while mods are expected to (usually) have a lower quality than official modules, the idea for the Project Squirrel AS350/550 is to provide a couple of realistic helicopters. 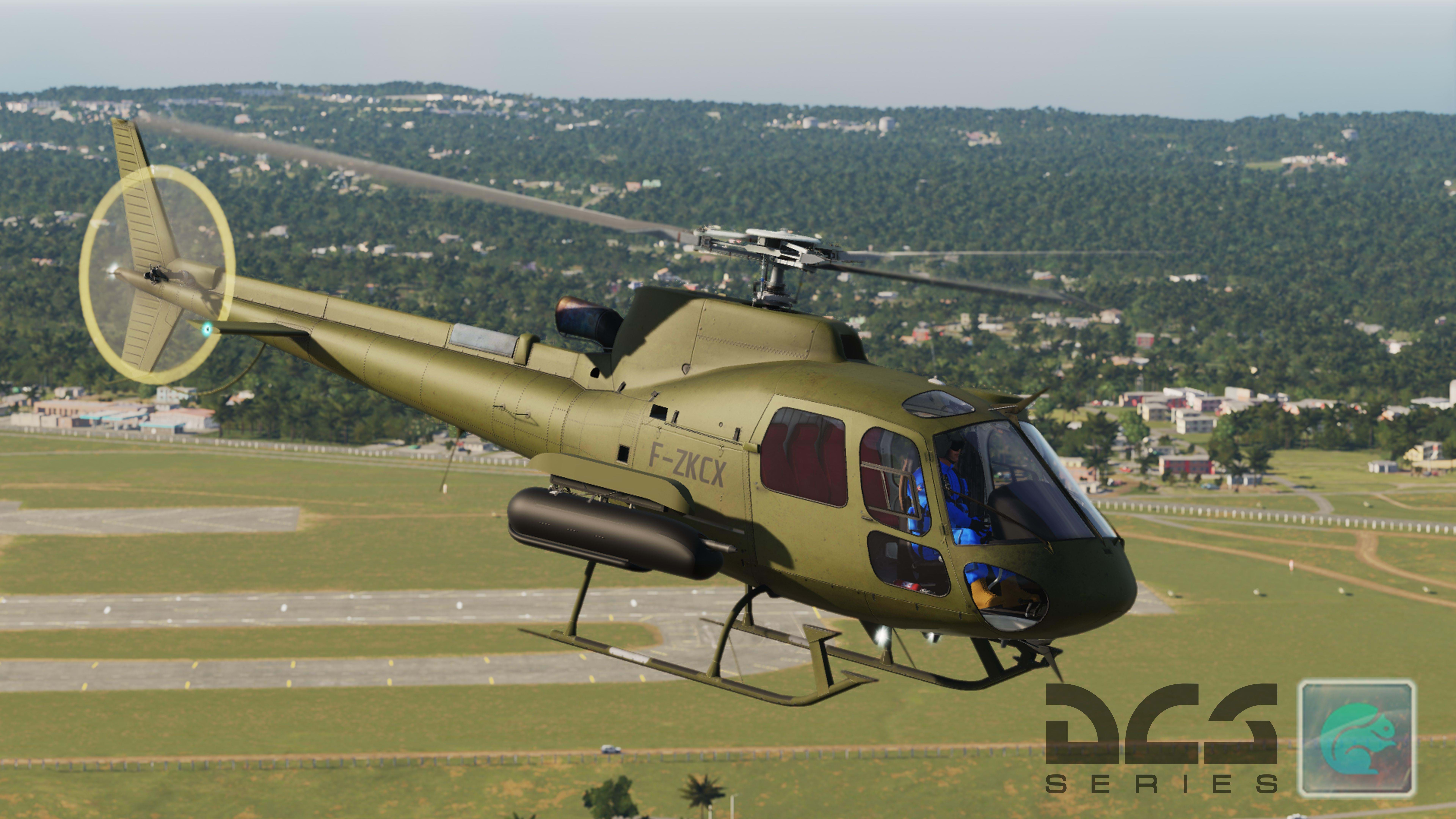 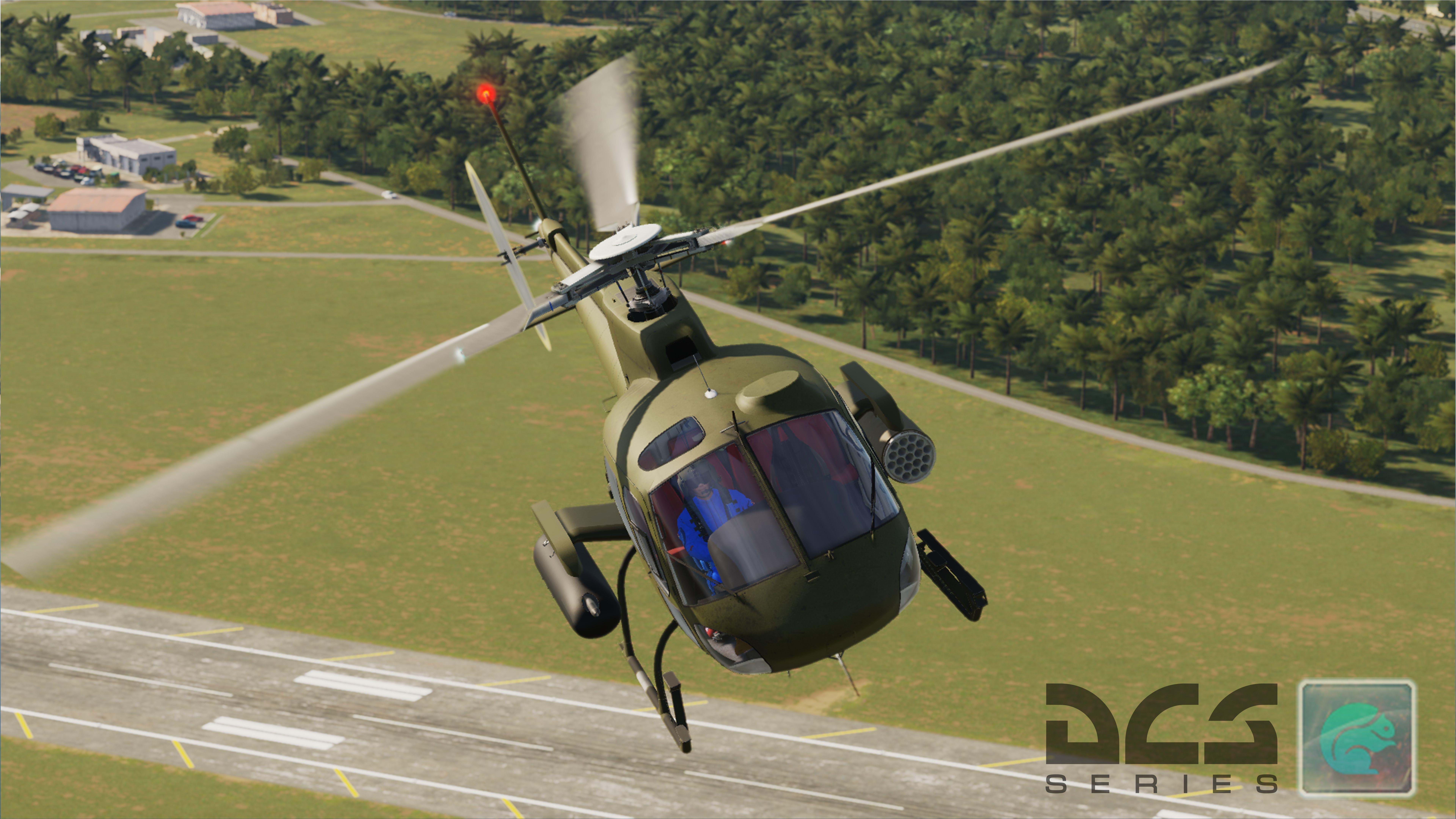 I could hear the motivation on the team’s voices as we chatted about the project. Quality and realism? “That’s the goal with every mod we make”. That sounds like men on a mission to me.

So, “ideally, it will be as close as possible” to the real thing. The team has been “stockpiling reference, for the most part, flight manuals, checklists” and has been watching “actual videos to see start sequences” and start to “match it to be as close to real as possible”.

Multicrew: show your friends the world from up there 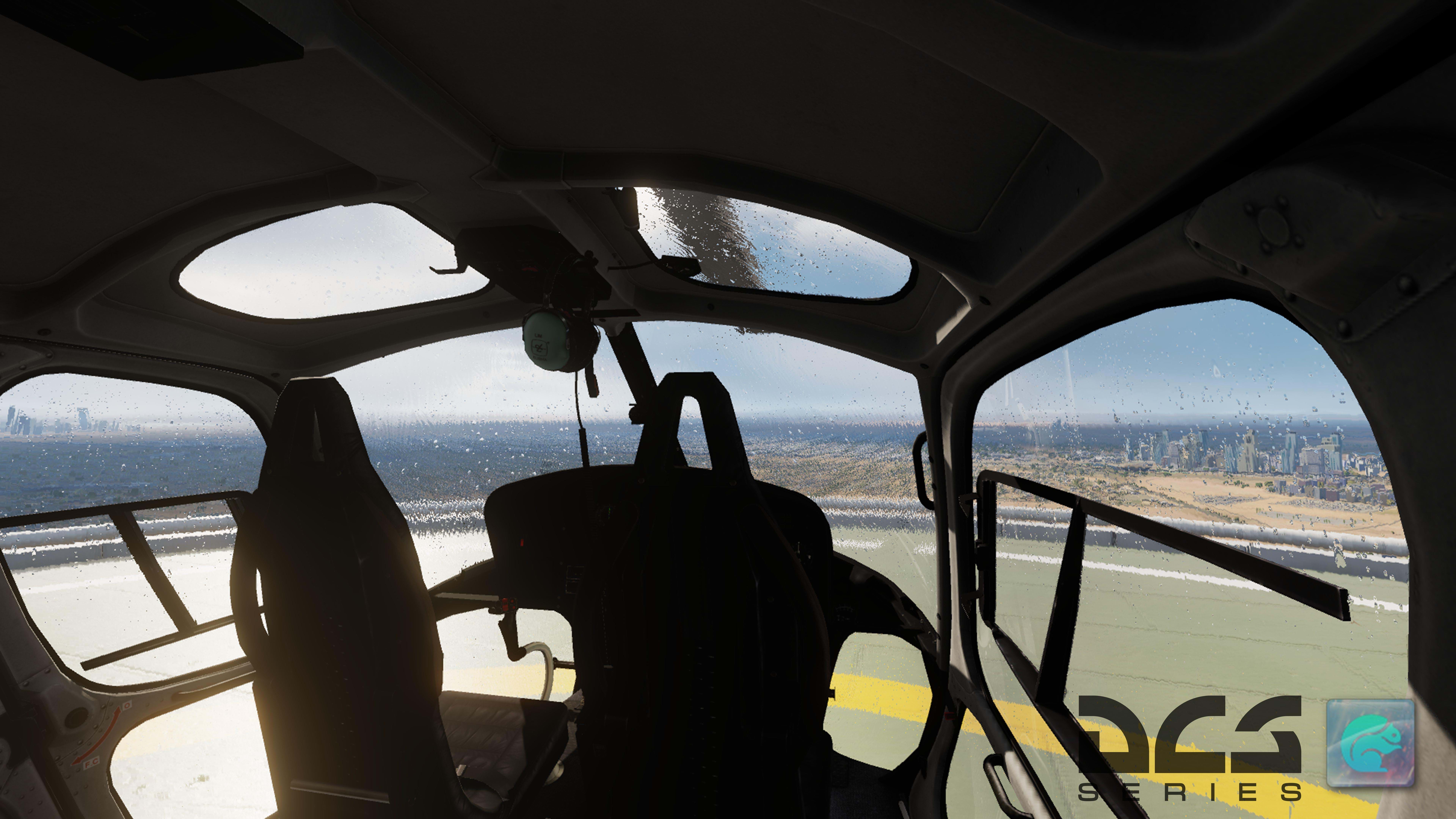 Oh yes. Multicrew. You will have the ability to fly around with a few friends. Not just one friend but a few of them. 5 to be exact! You shouldn’t expect to be able to share the cockpit and have a co-pilot to fly when you get tired, but you will be able to show some friends around.

Get the base sim (for free), install the AS350 on their machines and take them for a spin over the Caucasus!

For those that already have other maps, perhaps a tour around Vegas or Dubai could be fun or a way to show some parts of the maps to other folks on your team and discuss strategies or do some recon for future missions.

A free mod, civilian and military versions, multicrew… I want it NOW! 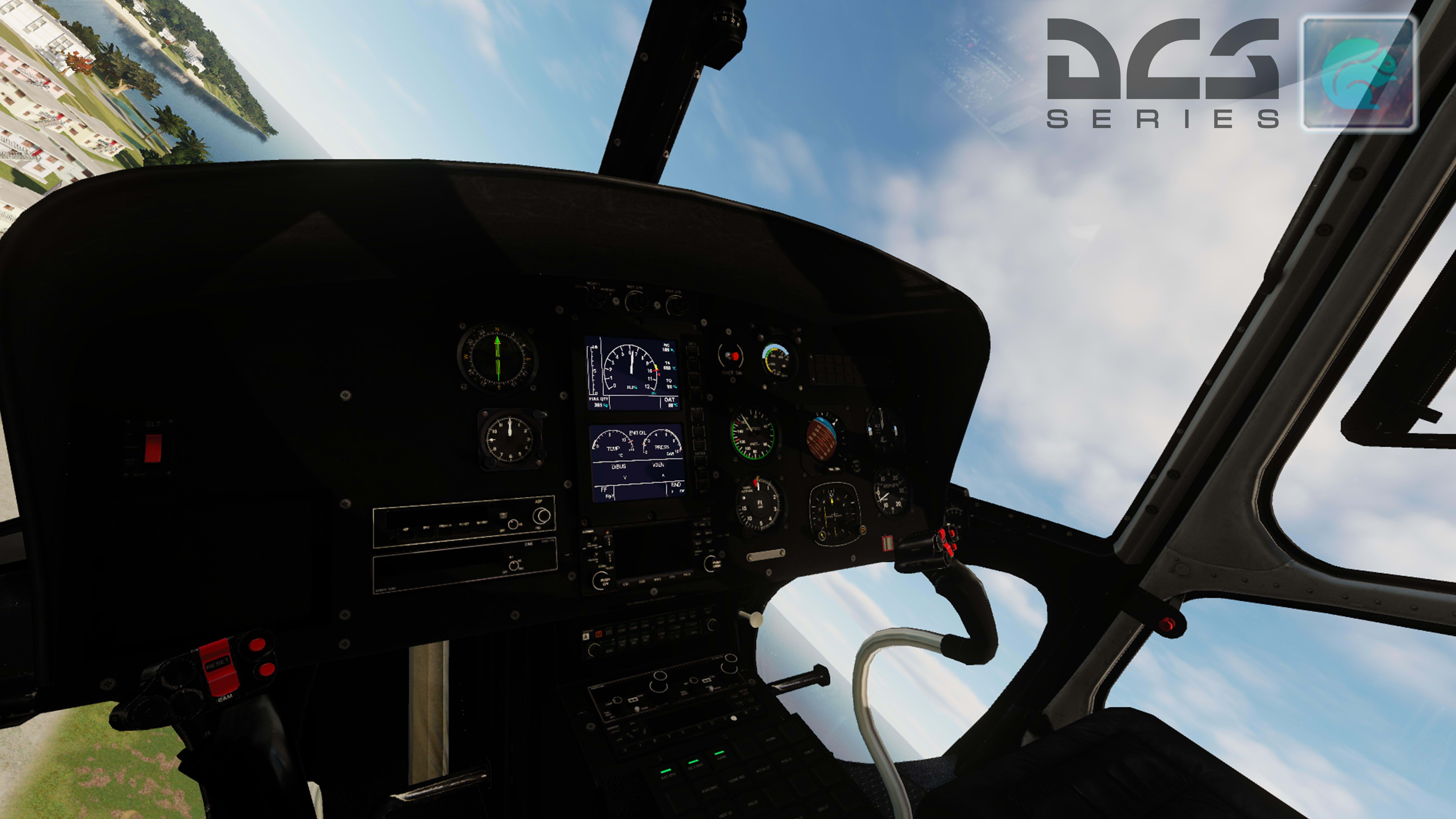 Yep. I think most of us do. But unfortunately, we are now playing the waiting game (2 more weeks? – I’m sorry, I’ll see myself out).

The mod is currently in pre-alpha and quite far from the final result Project Squirrel wants to achieve. But, in the end, and if everything goes well, we might end with a great free new helicopter and “a good starting point for the new pilots that want to get into helicopters in DCS”.

And that is something we really need in DCS.

Obviously, there’s no release date set yet as the team is working hard and there’s a lot to do. But it seems like a very promising project from folks that are very committed and motivated to do an excellent job.

We’ll be on top of this project and will provide you with more info as we get it as well. Stay tuned!

Meanwhile, you can visit the official Discord Server for Project Squirrel here.