The charity-centered project has released their most recent project for Microsoft Flight Simulator and, again, all profits will be donated to a charity institution. 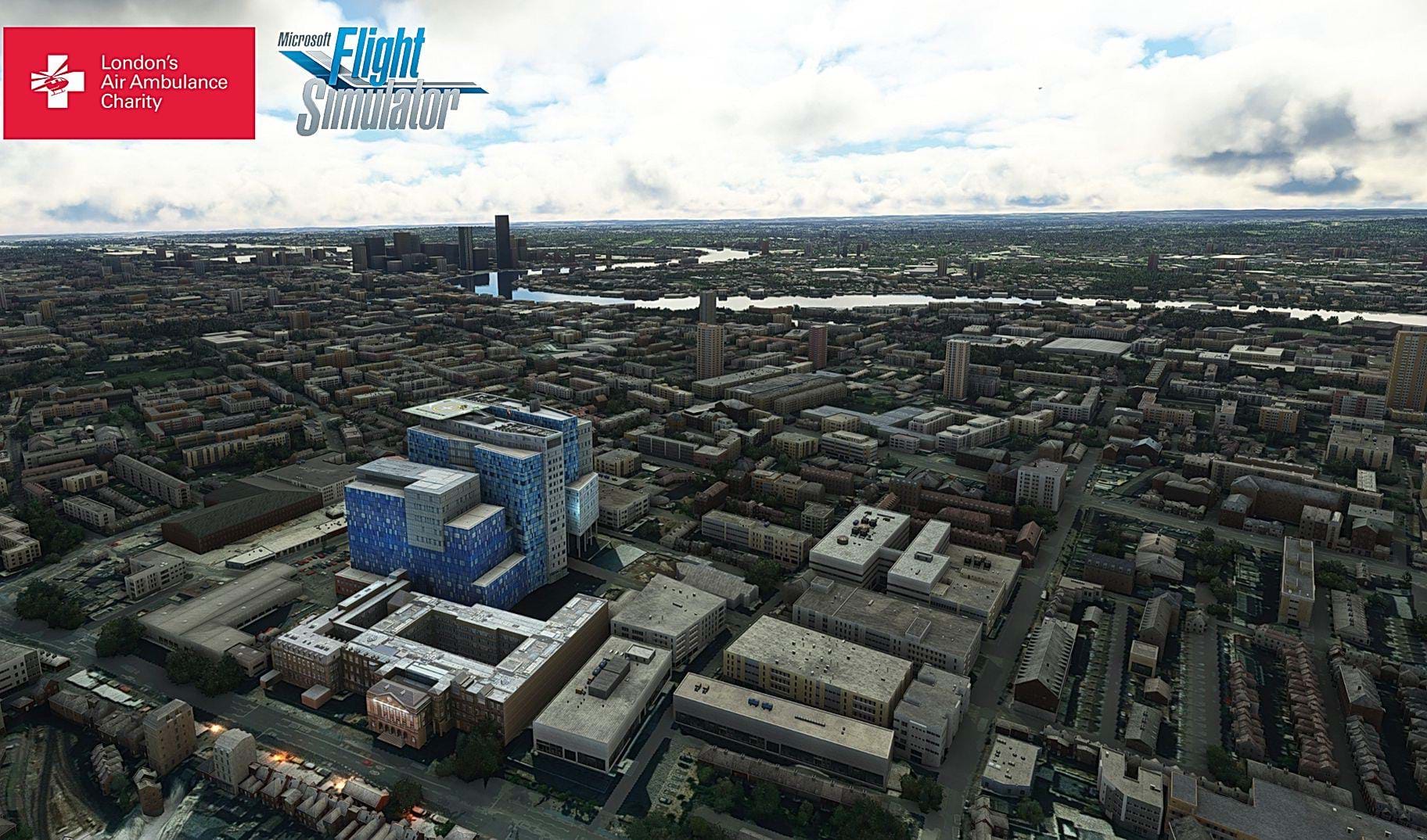 There’s a new hospital in London, thanks to this amazing project, expanding the helipad network in London a bit more. Hopefully, other scenery will be converted to MSFS so we can enjoy the team’s work on, at least, the 2 major helicopter sims.

The hospital was founded in September 1740 and was originally named the London Infirmary. The name changed to the London Hospital in 1748, and in 1990 to the Royal London Hospital. The first patients were treated at a house in Featherstone Street, Moorfields. In May 1741, the hospital moved to Prescot Street, and remained there until 1757 when it moved to its current location on the south side of Whitechapel Road, Whitechapel, in the London Borough of Tower Hamlets.

The hospital's roof-top helipad is the London's Air Ambulance operating base. The helicopter is stored overnight at RAF Northolt.

Please note that it’s not possible to start on the pad. The Cnarity Scenery Project team is hoping MSFS will make it easier and possible to add that feature to the scenery, which will be upgraded for free if that happens.

The team says that, in real life, “the helicopter is stored overnight at RAF Northolt ICAO:EGWU. Start up there and follow the helilanes to The Royal London Hospital.”

You can get the Charity Scenery Project Royal London Hospital for MSFS here.