After a period of silence, Airland surfaces with new screenshots, a new engine, a strong partnership and some more news. 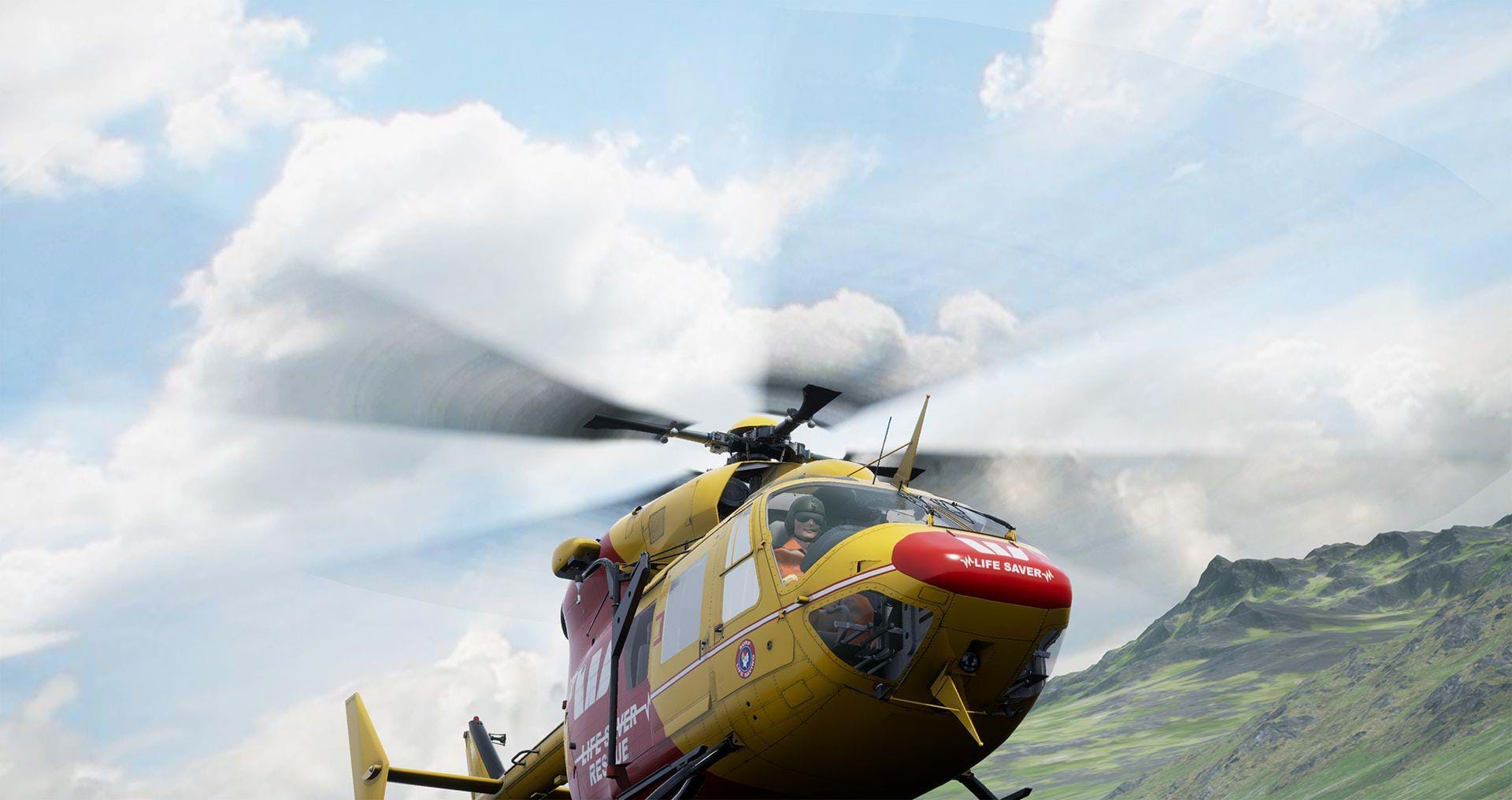 Fred Naar, the author of the renowned HTR – Helicopter Total Realism module for FSX and P3D , and the person behind Airland, a new flight simulator aimed at the helicopter flight sim community, has announced several changes in the upcoming title, Airland .

Not only he has decided to change the graphics engine (from Unity to Unreal Engine), but the sim has taken a few new turns and gained a very strong partnership.

Peter and Tamas Nemeth, the two brothers behind the Nemeth Designs team  are now working with the team, providing the 3D model for the helicopters and, potentially, “some other 3D assets as well”.

With this partnership, Fred expects “the quality of the helicopters in Airland to rise exponentially, while giving me more time to focus on the other aspects of the simulator, which is, obviously, very complex and time-consuming”. The Nemeth Designs team highly regarded in the FSX/P3D community for their work and having them on board of this project is, most definitely, a big advantage.

Regarding the engine change, Fred said “it was a choice that I had to at a point. The Unreal Engine solves a lot of problems for you out of the box and has more advanced features that I was starting to miss in Unity. Don’t get me wrong: Unity is a great engine, but it just wasn’t cutting it anymore.”. 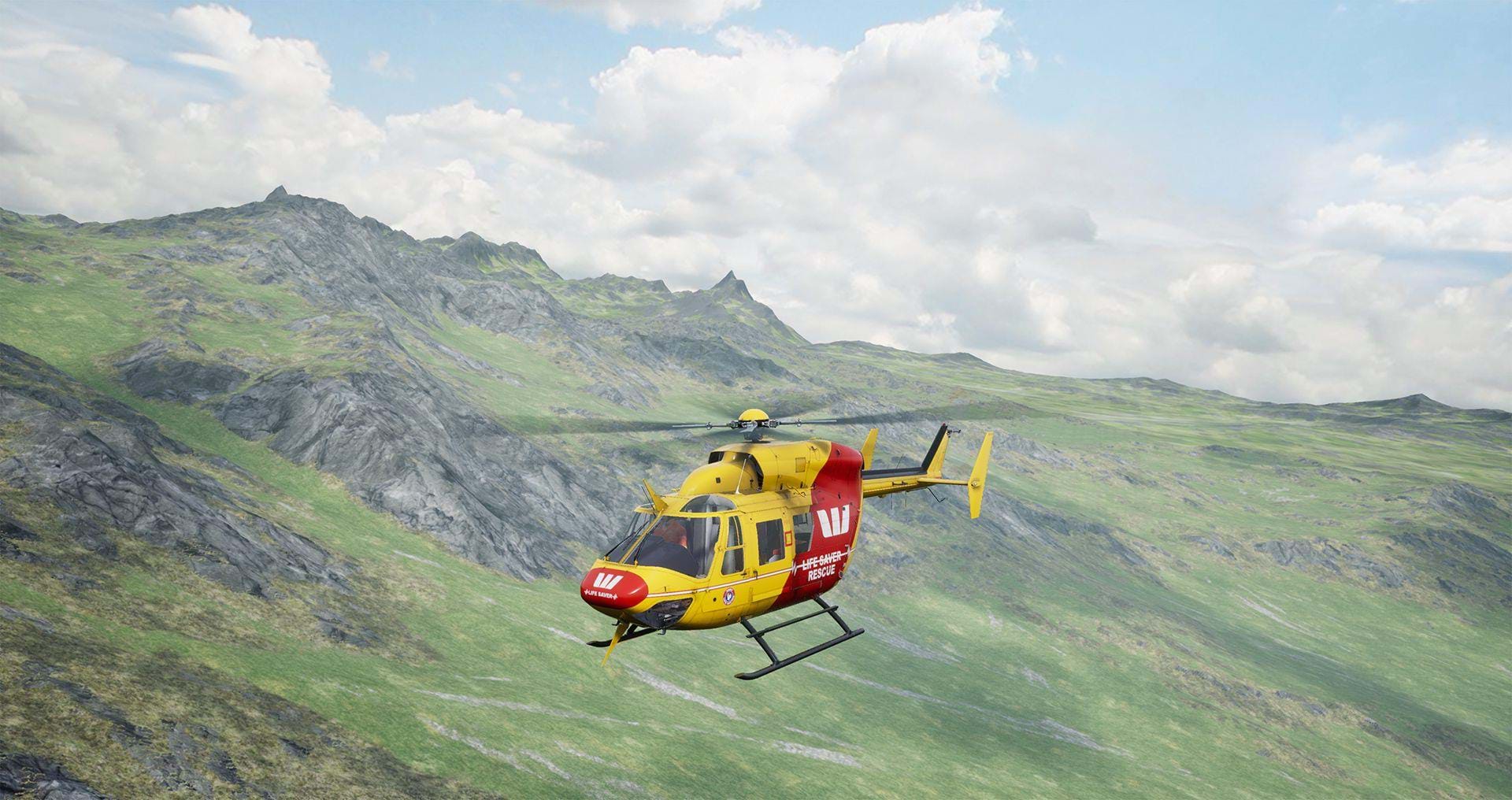 A lot has changes since we last talked to Fred  about the project. Airland has now a different concept – and a new helicopter.

To start with, Airland is being developed to cater a very broad spectrum of players or simmers: from the fellow that just want to have fun and control his helicopter with the mouse to the hardcore helicopter simmer that wants the flight model to be top notch and as real as possible.

Rest assured: Fred is not dumbing down the flight model. At all. Don’t let the whole “control a helicopter with the mouse” thing scare you away. If you want the serious stuff, you will have the serious stuff.

The sim will also now take place in a small (yet undisclosed) country and will focus on search and rescue to start with. The idea behind Airland is to “further expand to other areas such as firefighting or law enforcement, for example”, but the first installment will be focused on SAR/Medevac missions. 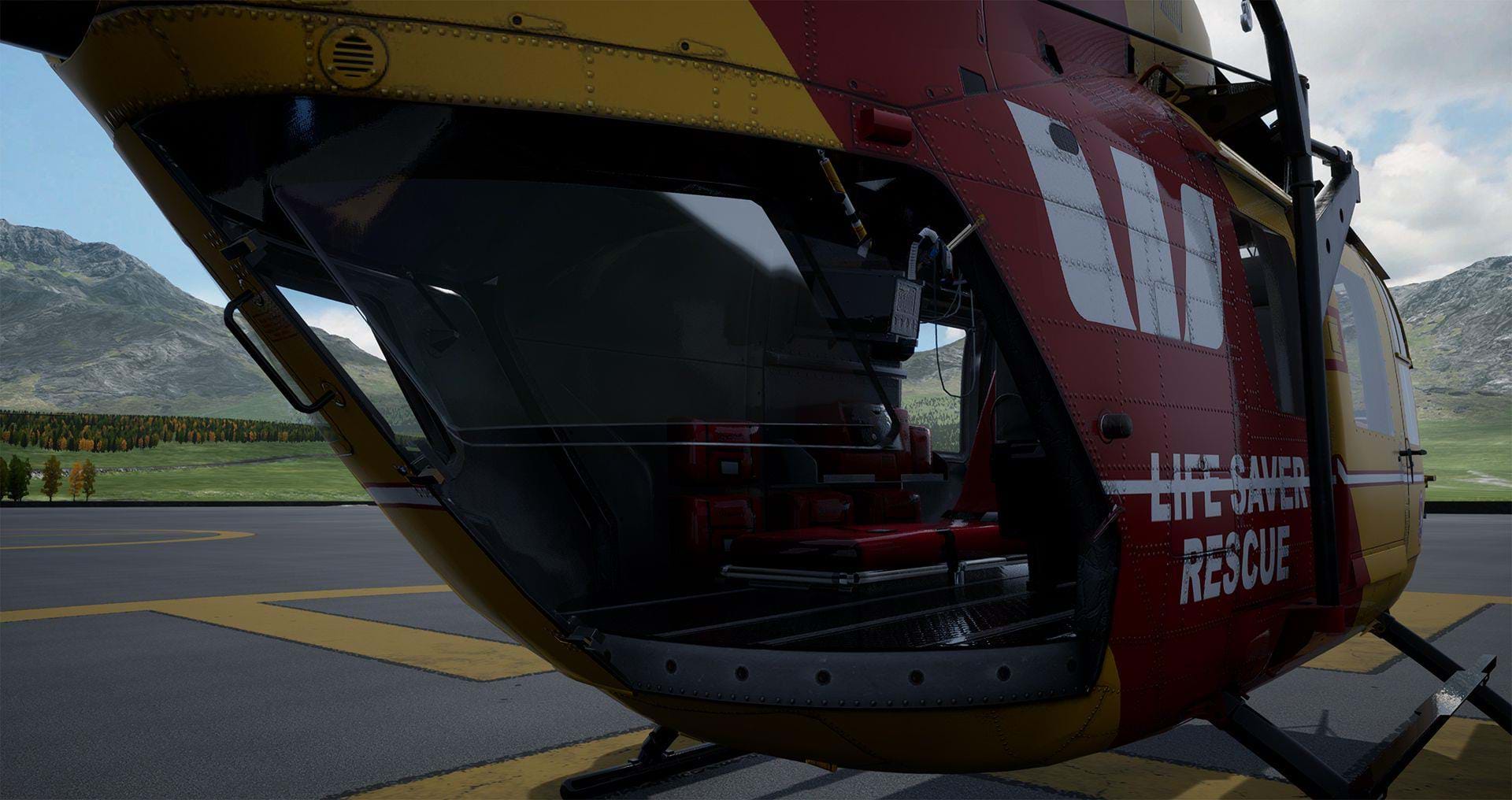 Obviously, looking at the screenshots with the Bk117 and the Westpac livery, my first thoughts were about either Australia or New Zealand. Fred was quick to dismiss it, though: “I’m not saying it’s not going to be one of those countries – we rather not say anything right now – but the livery you see is just a placeholder texture that came with the Nemeth’s model. It means nothing right now.”.

The idea behind the new concept is for the player to take the role of a SAR pilot in this country and to play missions according to this role. There will be a few bases available and we’ll be able to select which one we want to use. Right now, it’s unclear if all the bases will be available from the start or if we need to “unlock them” (I hope they’re all available).

Walk around. No, really: walk around 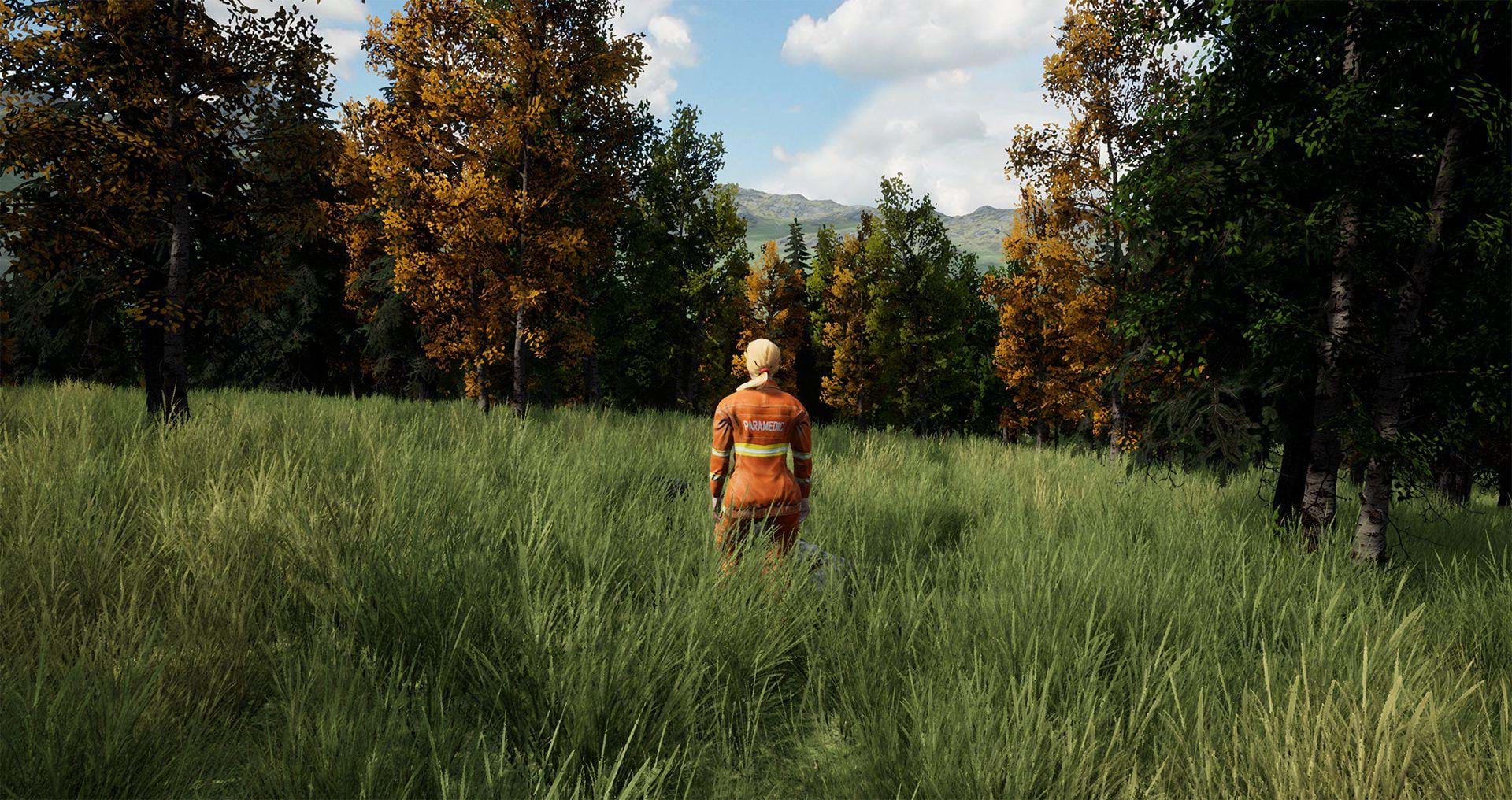 One of the cool things that Airland will bring is the ability to control your pilot and walk around the world. And not just the pilot: you can control any crew member. Be it the pilot, co-pilot, medic or nurse.

This not only allows you to do some pre-flight walkarounds, but you can also take your crew members next to a victim and do your thing. 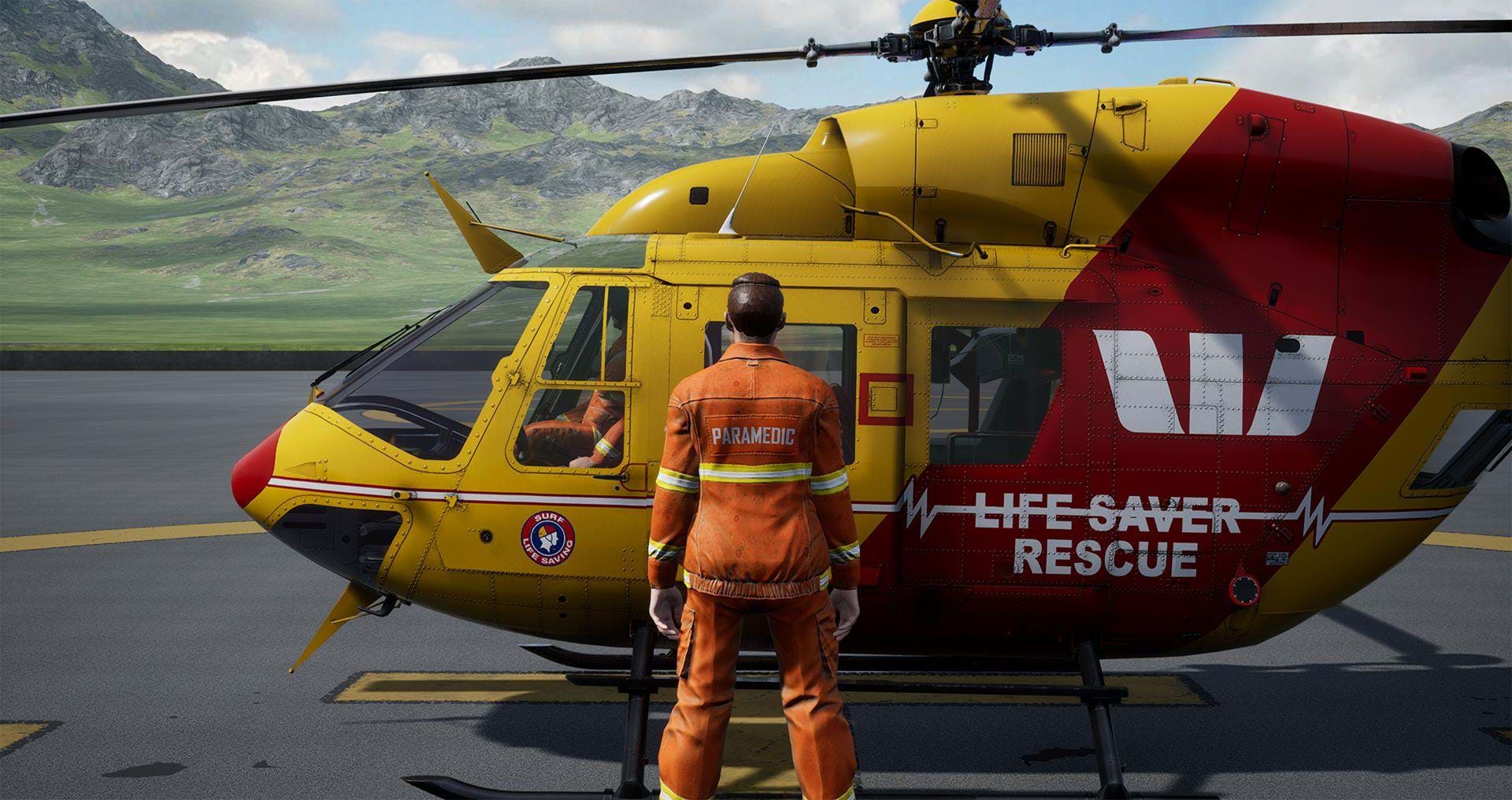 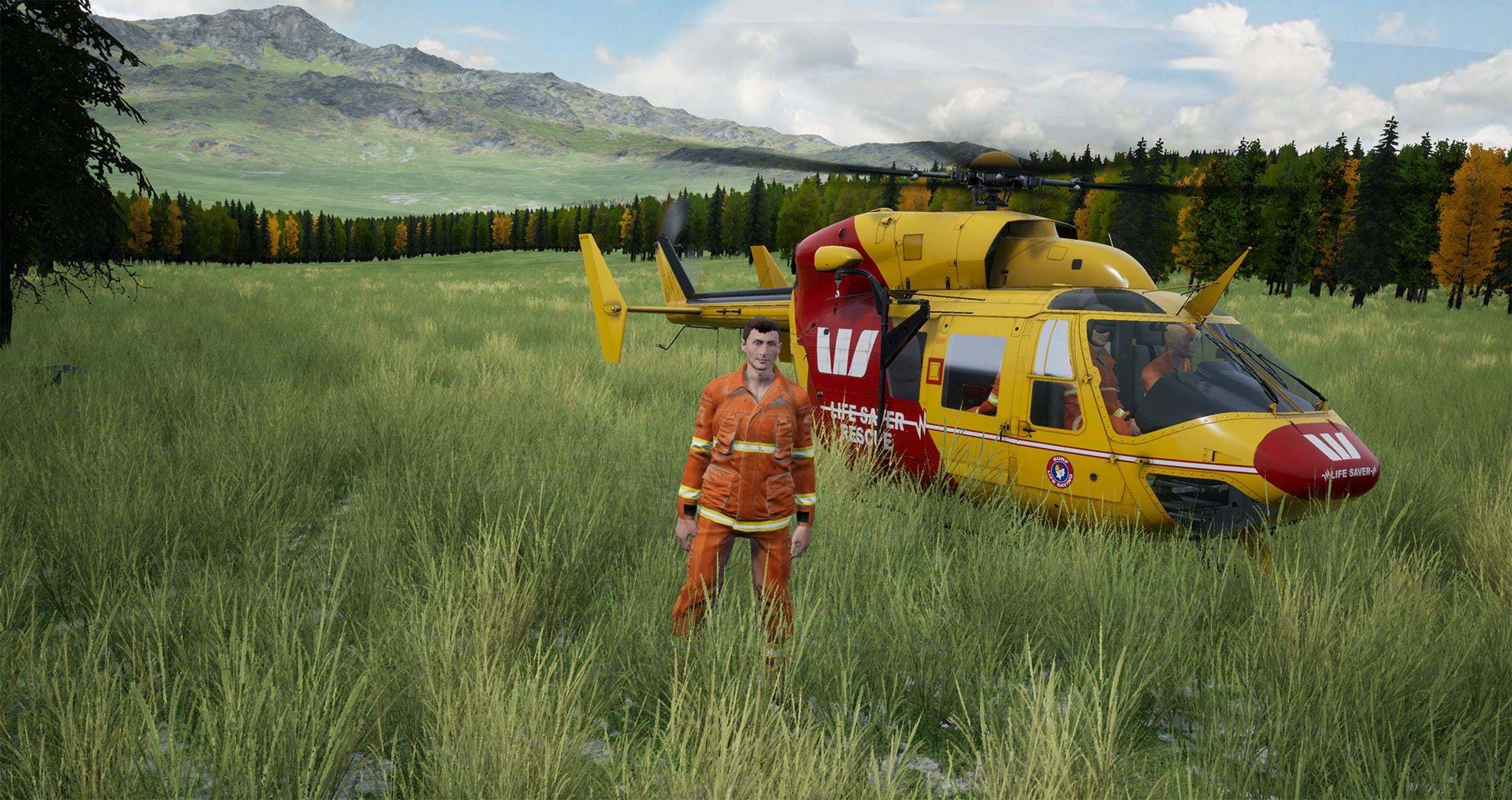 And, once you realize your crew members may be controlled by friends playing with you, well… It opens a whole new world, doesn’t it? I know what you’re probably thinking: ARMA III. But with excellent helicopters.

VR is not a thing in Airland yet, but the Unreal Engine supports it natively and it’s planned “to be implemented at a later stage of development but before release, so you should expect the first version to come with VR out of the box”.

The future of Airland 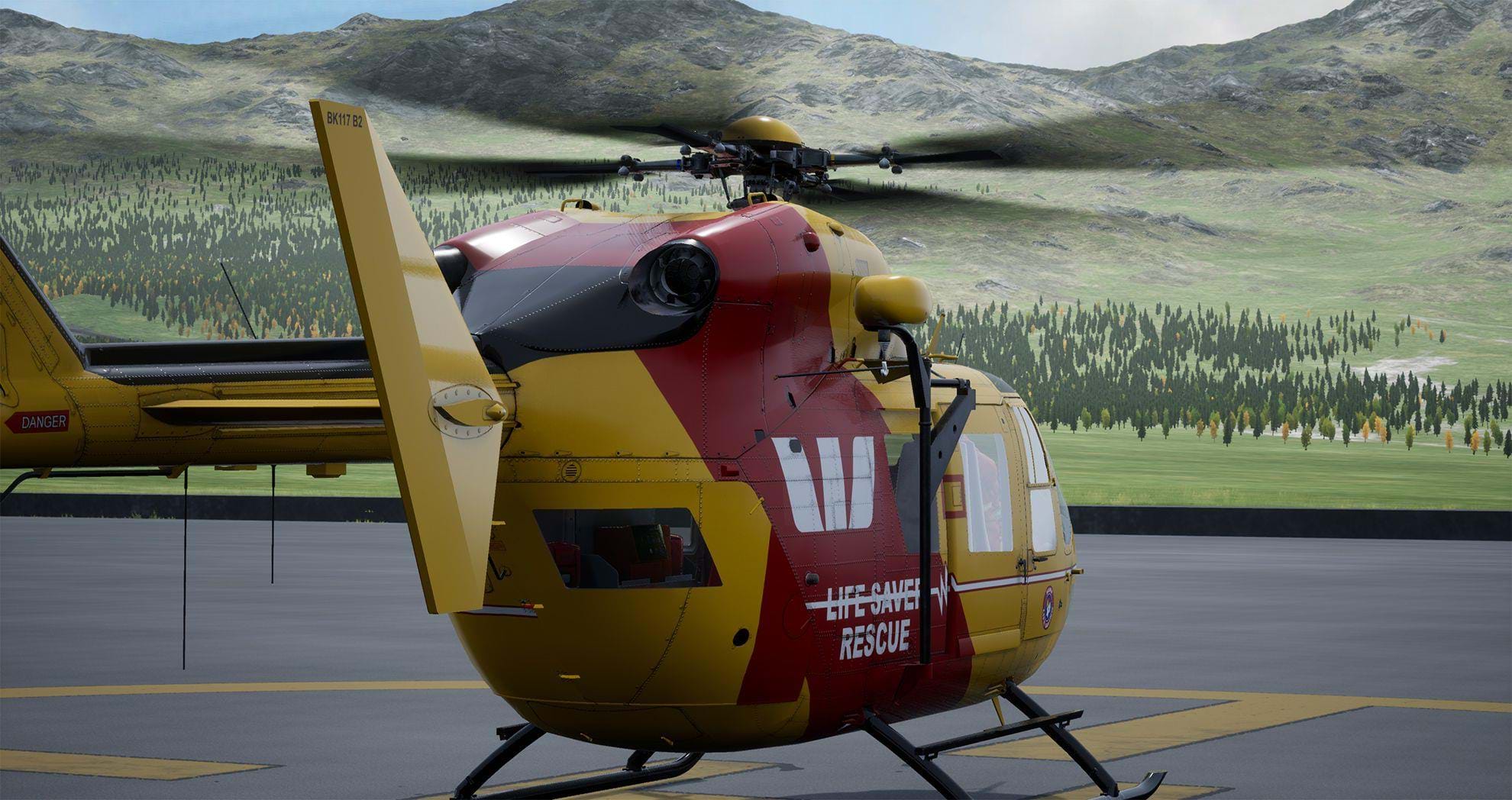 Fred plans to release not only updates but also future other modules which will include more helicopters, other countries/regions and even features.

I already mentioned firefighting, for example, which is something that Fred really wants to do in the future: “it’s not something we will add right away and we are not sure if we’ll do it for the first module or version but firefighting, as well as other types of missions, are amazing for a helicopter sim so we really want to do it. But we want to do it properly and in a manner that’s fun for the simmers. It’s not something we want to rush.”.

Where’s the sim at right now? 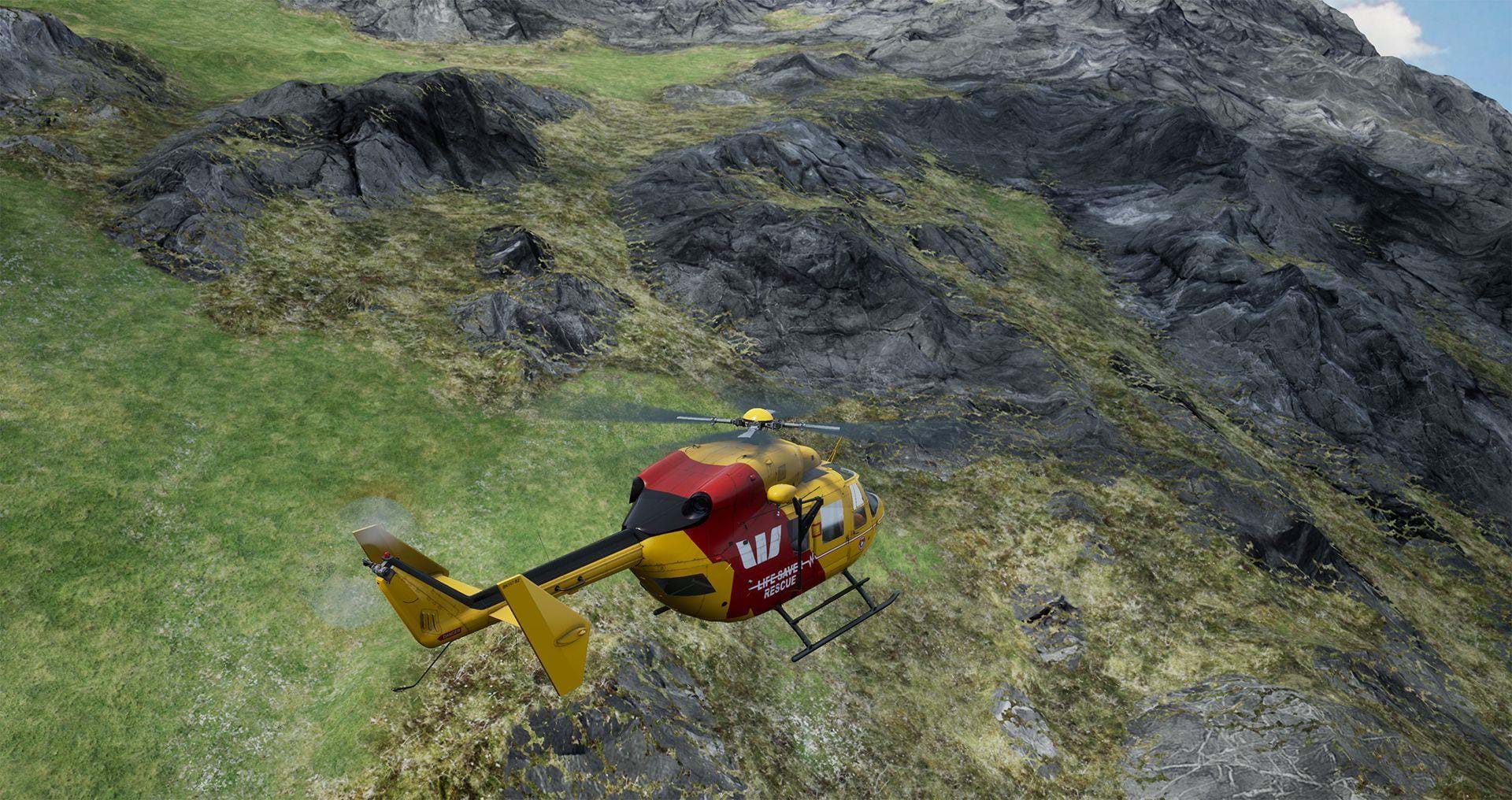 Let’s be honest: every now and then we hear about a new sim. Times then goes by nothing happens.

Fred has been working on Airland for quite some time already. He already has the helicopter flight model working, the crew system in place and the systems working. Pretty much most of what makes a flight simulator is there.

Granted: some work is still needed, but it’s there. Now Fred’s working on putting all the pieces together, building the map and making it all come together for the final product.

We want it to be out yesterday. Or the day before. But developing a sim takes time.

In fact, Fred’s been working on it for the past 6 years or so and, despite his many advances, there’s still a lot to do.

Fred hopes to have the first version of Airland “released within the next year with perhaps a playable demo in a few months”.