Never heard of Aerofly FS4? You’re not alone but the sim is probably one of the unknown helicopter jewels out there. 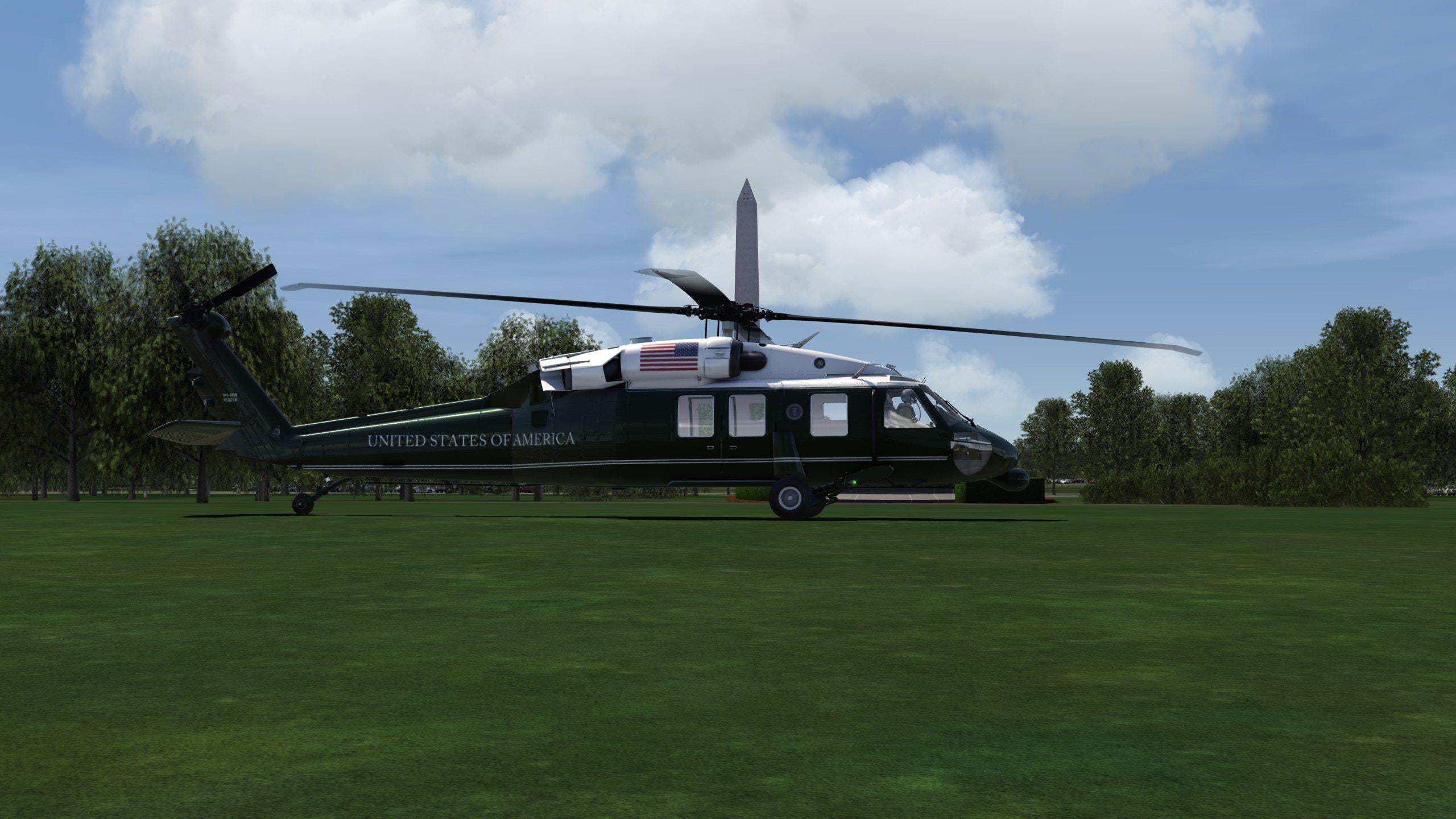 Away from all the Microsoft Flight Simulator / X-Plane / P3D “mainstream” scene, lies a world of unfamiliar, yet very valid flight simulators.

Aerofly FS is part of this “club of the unknowns”. The sim was the first one to offer VR and the performance has always been top-notch. There are some downsides to it, though, which probably have turned people away and helped it earn a spot in that “club”.

But despite those downsides, it has been a huge guilty pleasure of mine. Well, perhaps not a guilty pleasure. I do not feel guilty at all, and the sim is nothing people should be ashamed to use or anything like that. Perhaps I should say it’s more of a less popular friend? Maybe?

I don’t know. And I digress.

The truth is that Aerofly has always worked hard to get helicopters done properly in a sim. And, for a long time, it actually offered the best helicopter on any sim . No, really, I mean it. Some of you will probably be mad at me for saying this and are jumping up and down shouting “X-PLANE”, “DCS” or any other sim but the truth is that the Aerofly FS2 R-22 is great.

IPACS (the developer behind it) has been so serious about helicopters that they have been working with VRM Switzerland and they became part of the very first VR Training System recognized by EASA for pilot training. Granted, with a special version of Aerofly, but the core is the same. 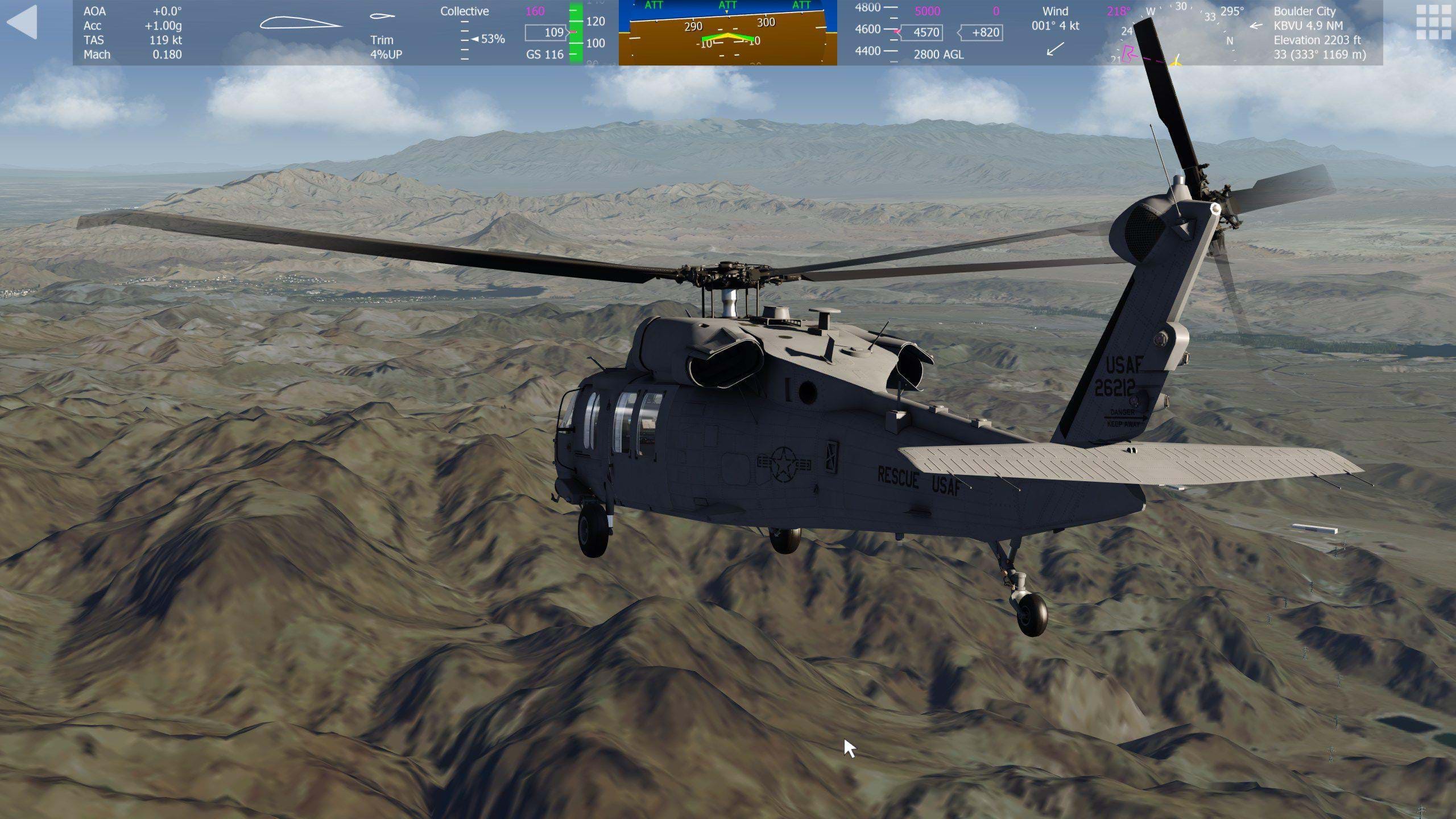 So, no, I am not going to fight with you saying X is better than Y. We all use the sims we use for a reason, and they work for us . My comment about the R-22 is, by no means, a way for me to start a war or to validate any choice I have made. It’s simply my opinion.

I don’t use Aerofly as my main sim (for several reasons). But I recognize its value and I would suggest you at least take a look at it if you can. It never hurts to know about other products.

The R-22 was not a lonely choice, and sometime after the introduction of the small helicopter, IPACS released an EC-135.

And now, more recently, the company released the UH-60 for Aerofly .

The new, free update brings quite a few different versions with small model variations and liveries to match. We are getting a Pave Hawk, regular Army Black Hawk, some 60s from other countries, firefighting variants, and the Marine One, among others.

Flying this helicopter is quite the treat. IPACS has noticeably been having a lot of work with the flight model and the systems are amazing as well. Try doing a startup from cold and dark, and you’ll see. It’s just amazing.

I’ve been spending some time with it and the more I fly it, the more I enjoy it. Along with the R-22 and the EC-135, this is one of those helicopters that just checks a lot of boxes for me.

But not everything is perfect. There’s something that I’ve always found about Aerofly FS that I already had the chance to convey to the team. While I appreciate and respect that they are focusing on the flight part of the sim – so much that, as I said before, they are part of the only EASA-recognized professional VR training system – I still feel that the sim should be offering us more.

VR is great, and performance is unbelievable but, being honest, that probably mostly comes from the fact that the world itself doesn’t have a lot going on. It’s… Stale. Dull. Flying around in these helicopters is an amazing treat but I feel like I need more. IPACS has been improving the sim. We now can start cold and dark and we have AI traffic, which we hadn’t before, but we still need more.

These helicopters are impressive – I must reinforce that – and everyone I recommend they should give Aerofly a go is usually very much impressed with how well it performs and flies.

And they tell me the same: “well, the flight dynamics are great, but the world is dead”.

I can’t say they’re wrong. Career mode gives us more goals but it’s not something that I will spend time working my way into it. I want to do some nice stuff with my helicopters, in a world that immerses me.

Going back to the Black Hawk and the perhaps provocative title of this article, I think IPACS hit another nail with this model. I would still like to see a bit more inside the helicopter (all the variants are empty, and we only see 1 pilot on board), which, again, shows the spartan philosophy IPACS has been following, but I also have to be honest: I spend most of my time looking forward and outside, so it doesn’t bug me that much.

And once you try the flight model, it will probably not bug you either.

So, if you have Aerofly FS4, give the Black Hawk a try. You may find another excuse to spend some more time inside the sim. I know I have and I am putting a few hours into this model. 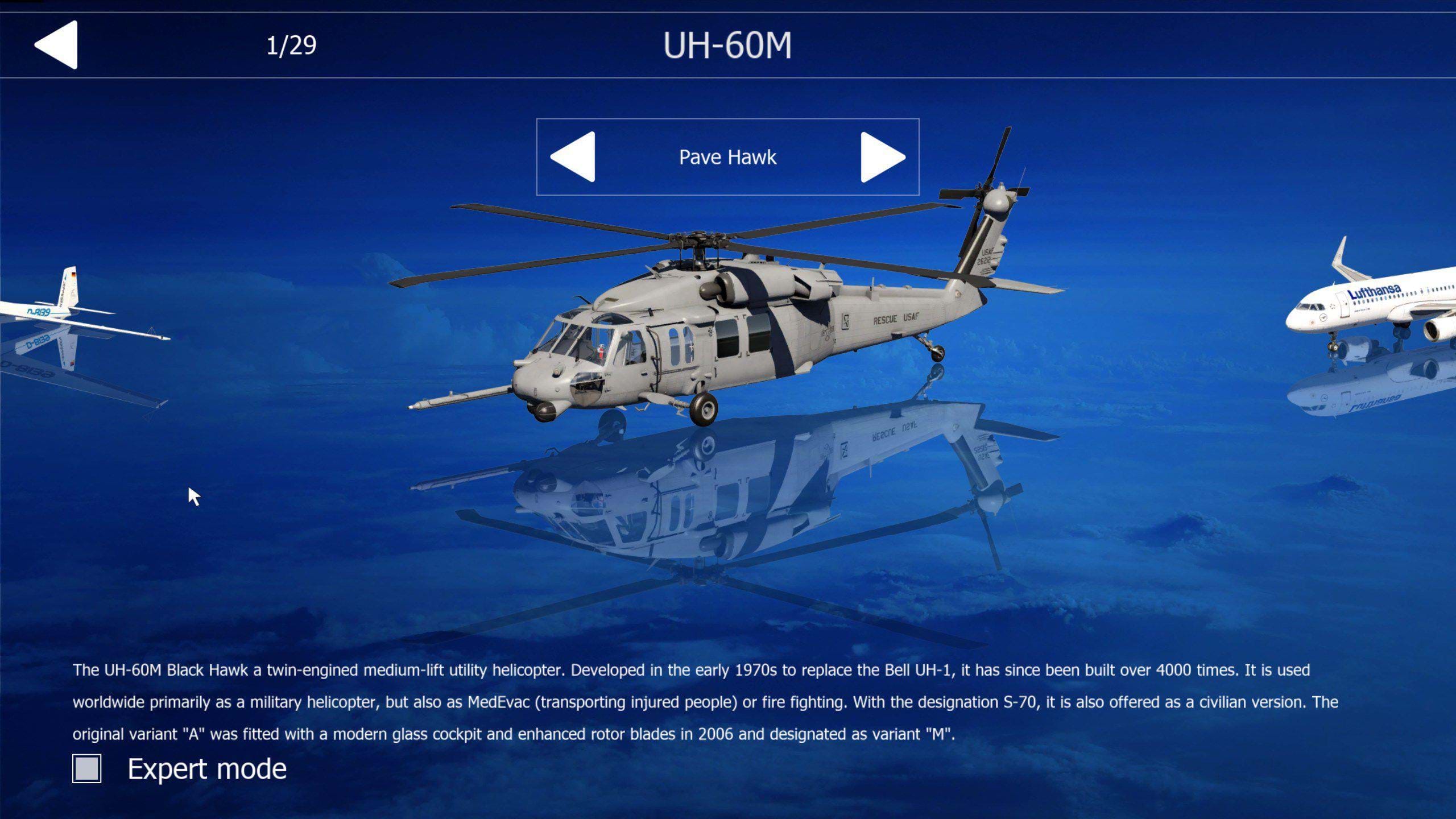 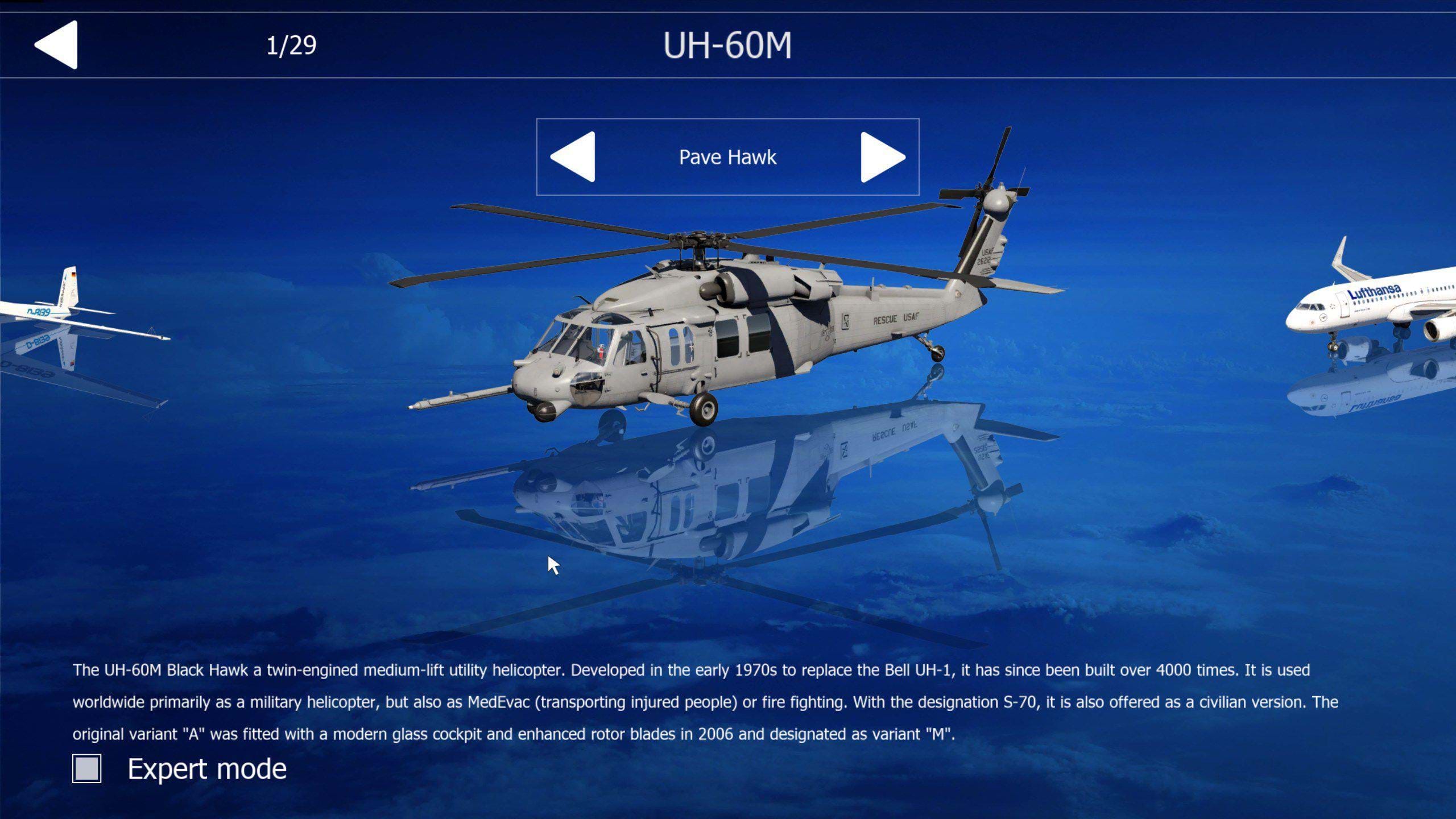 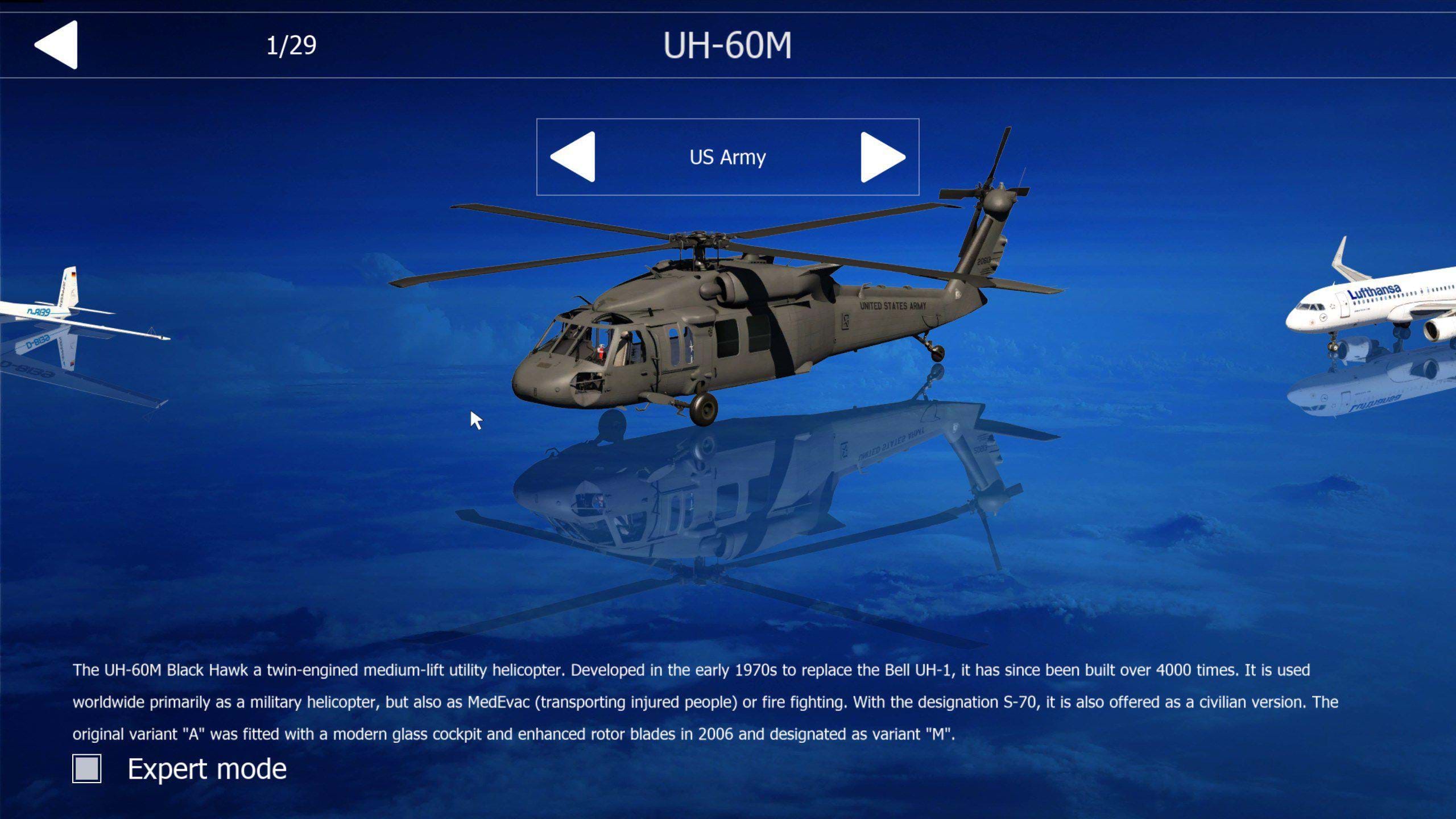 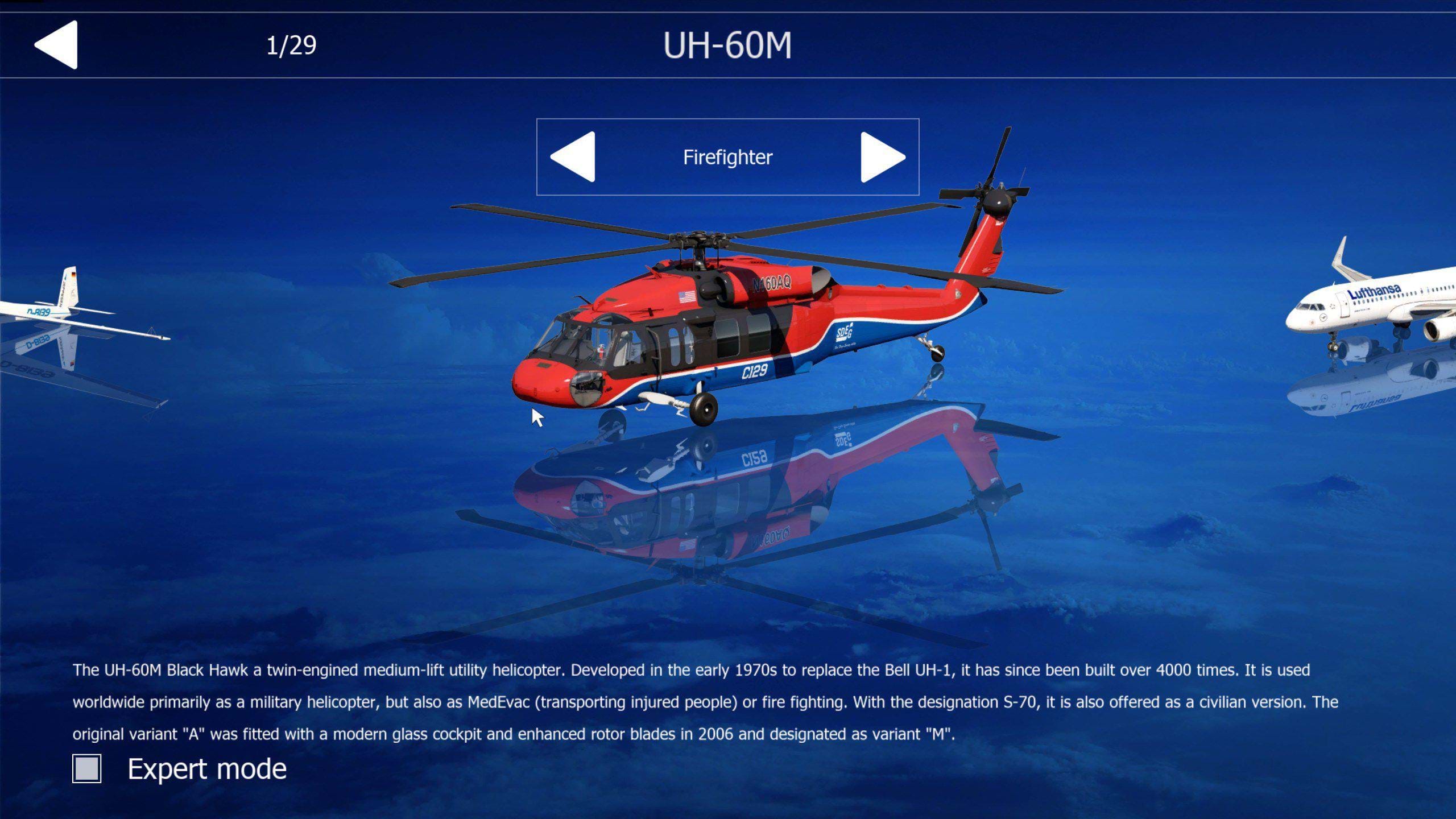 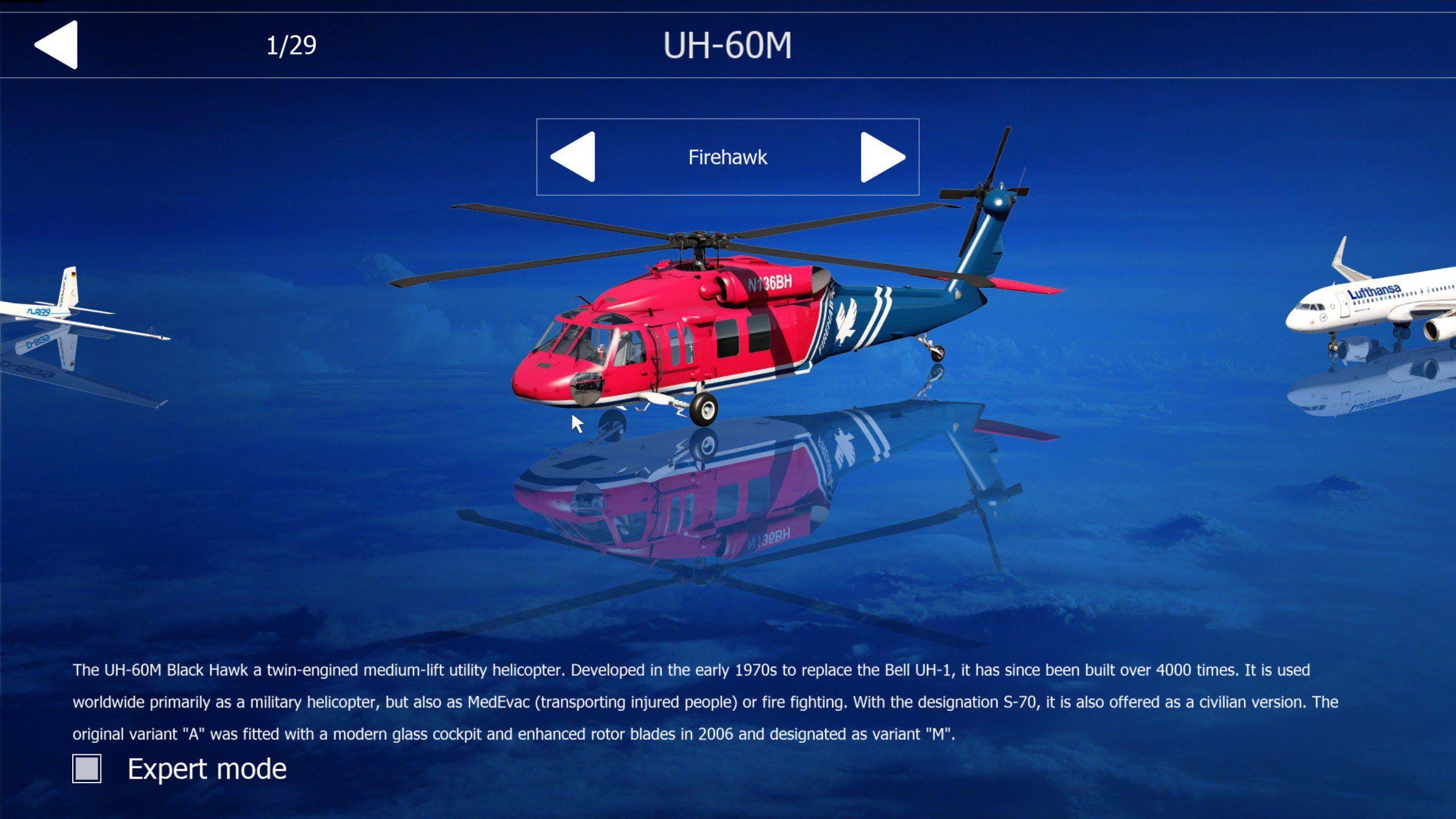 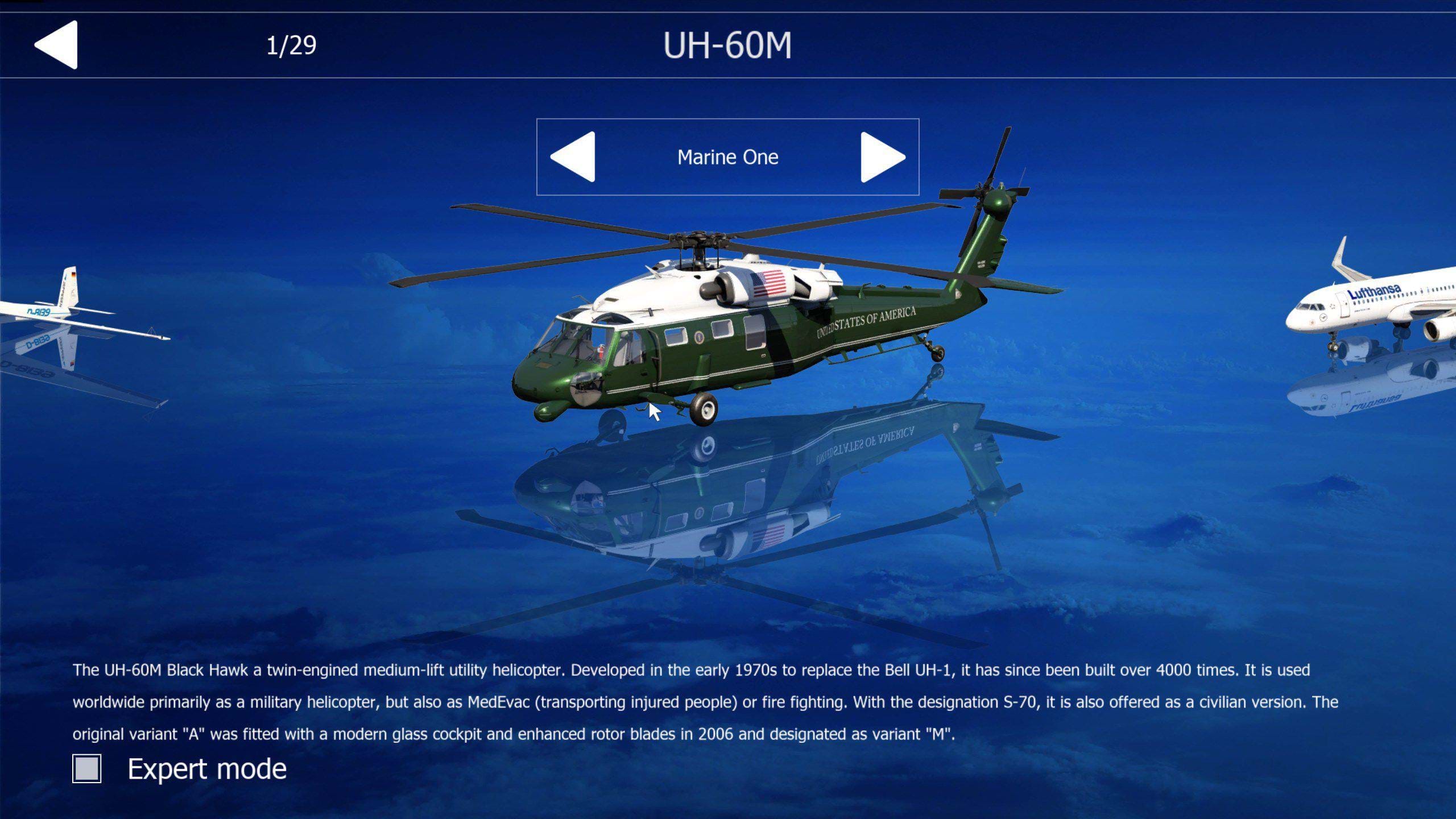 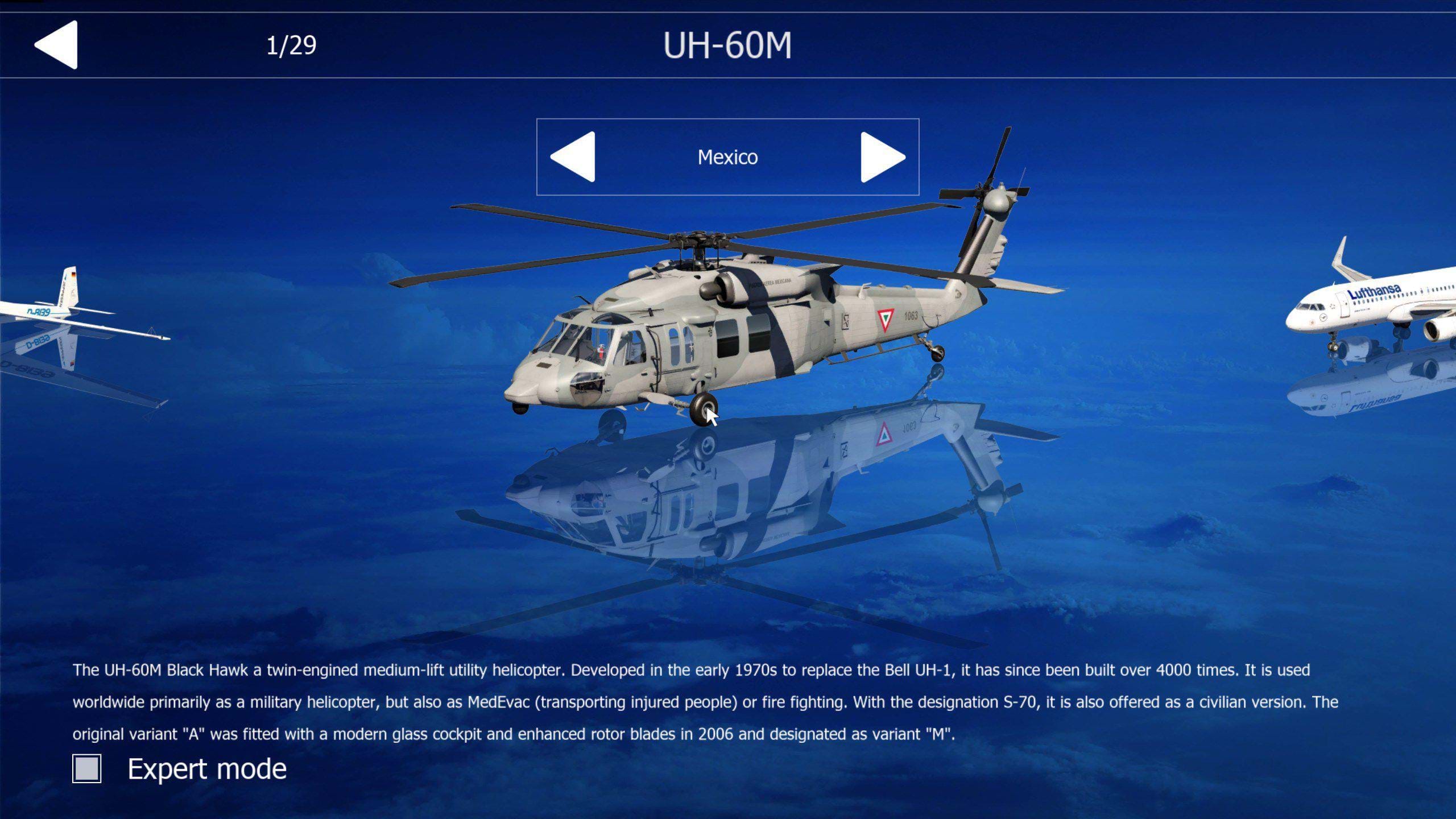 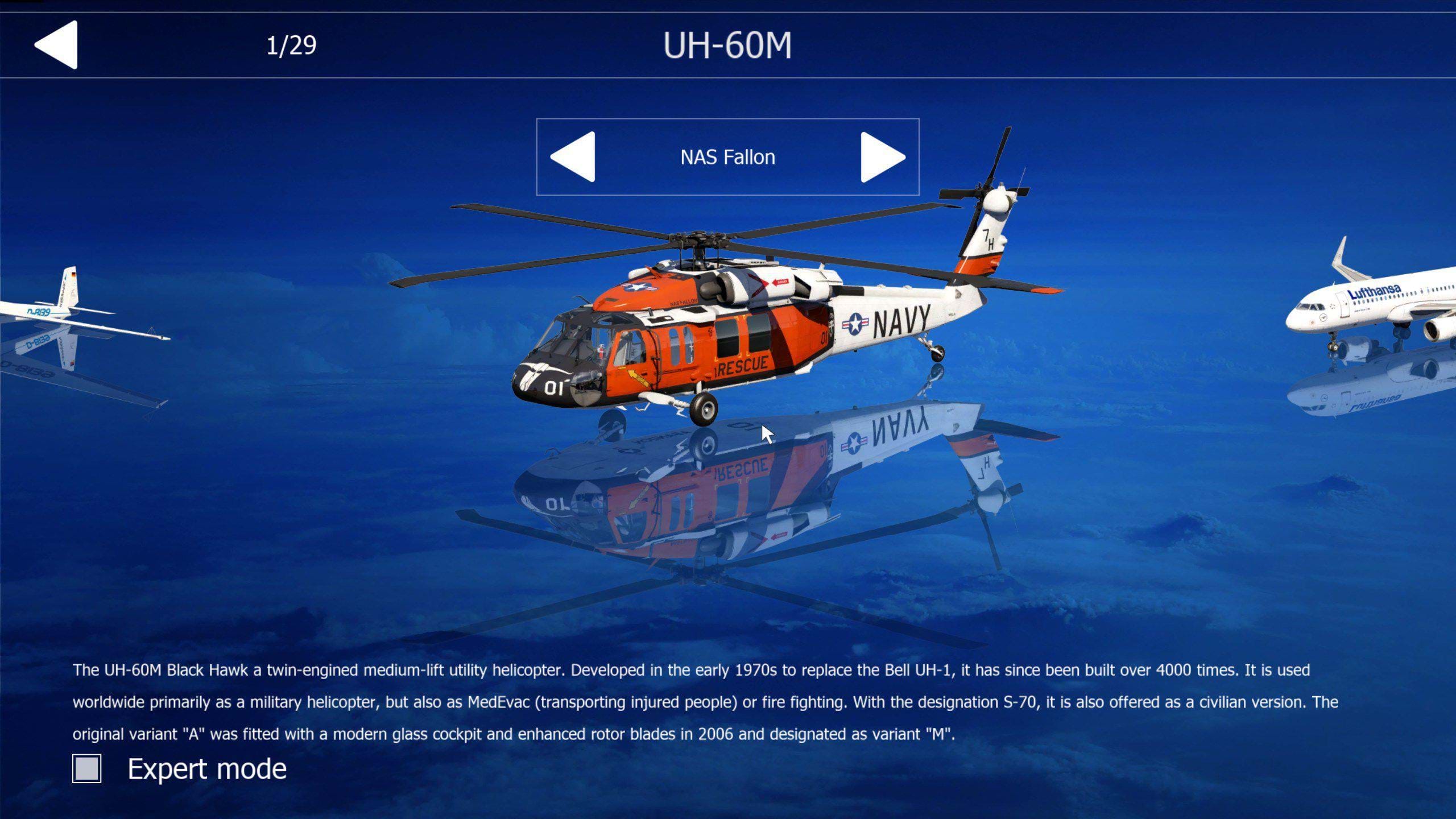 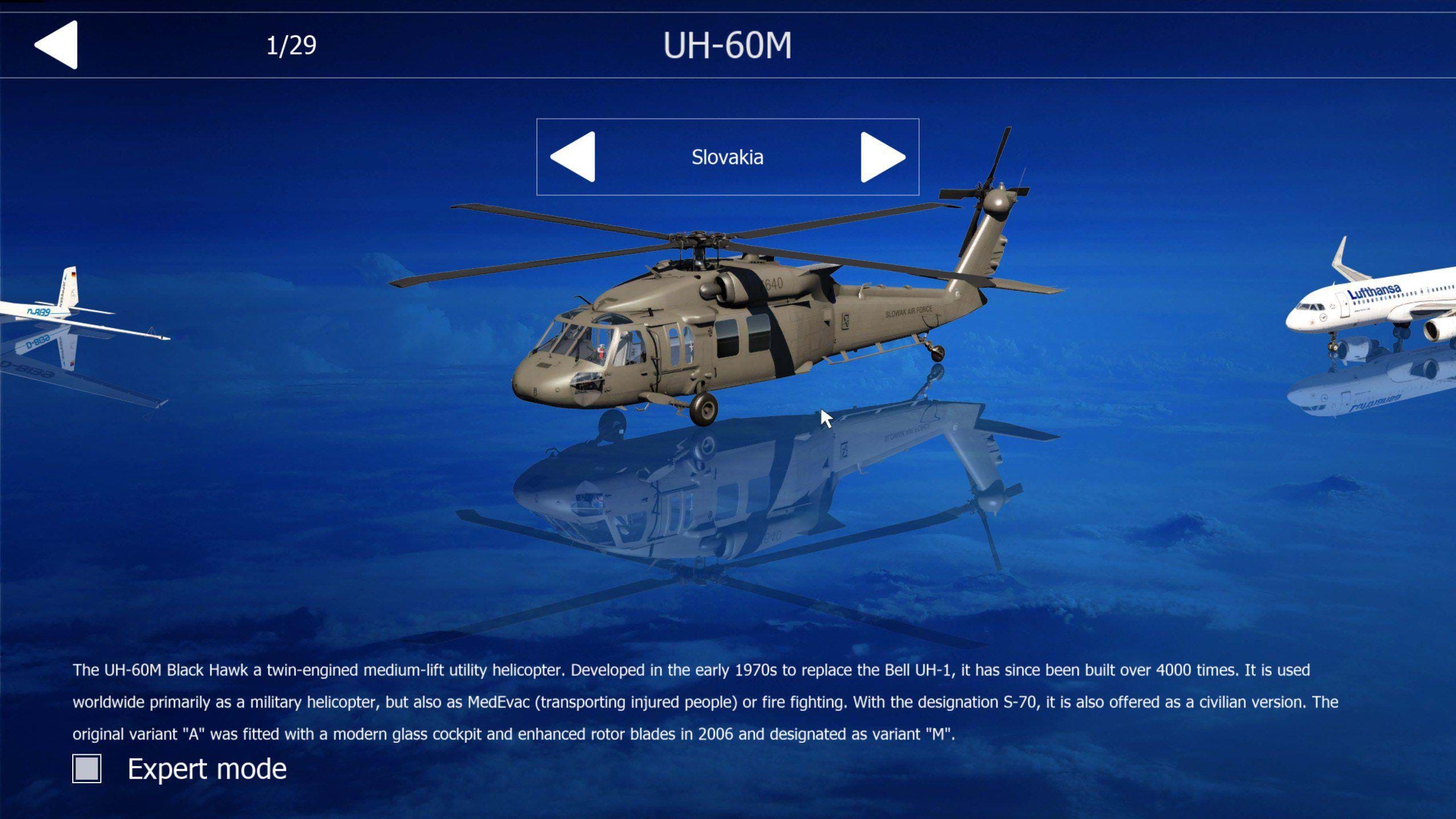 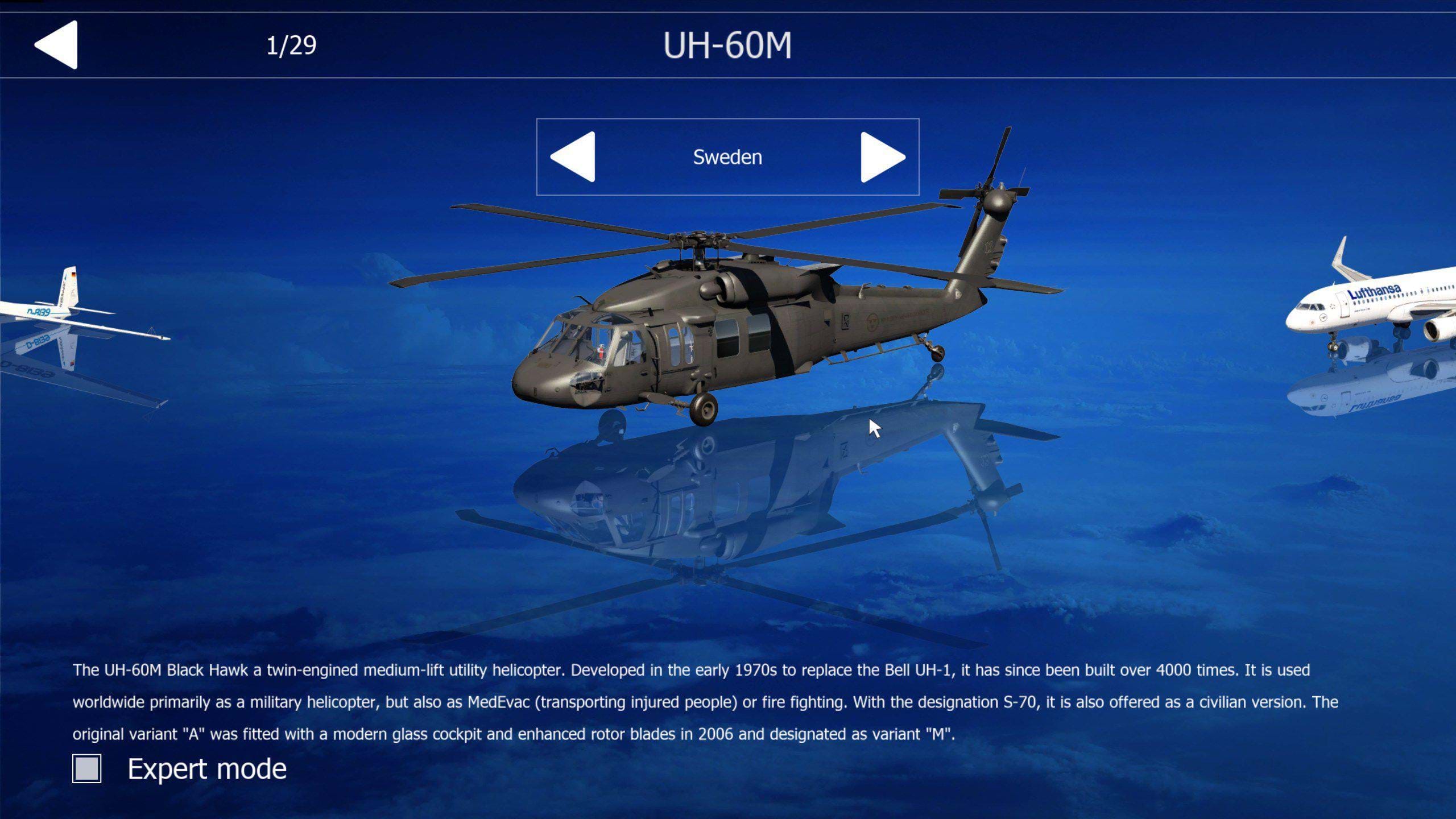