May 15, 2017 | by Sérgio Costa
ARMA
Interview, ARMA 3
ARMA 3 (or ARMA III) is not a flight simulator but it offers a lot for helicopters pilots to do. We asked Joris-Jan van 'T Land about the future of ARMA (and helicopters). 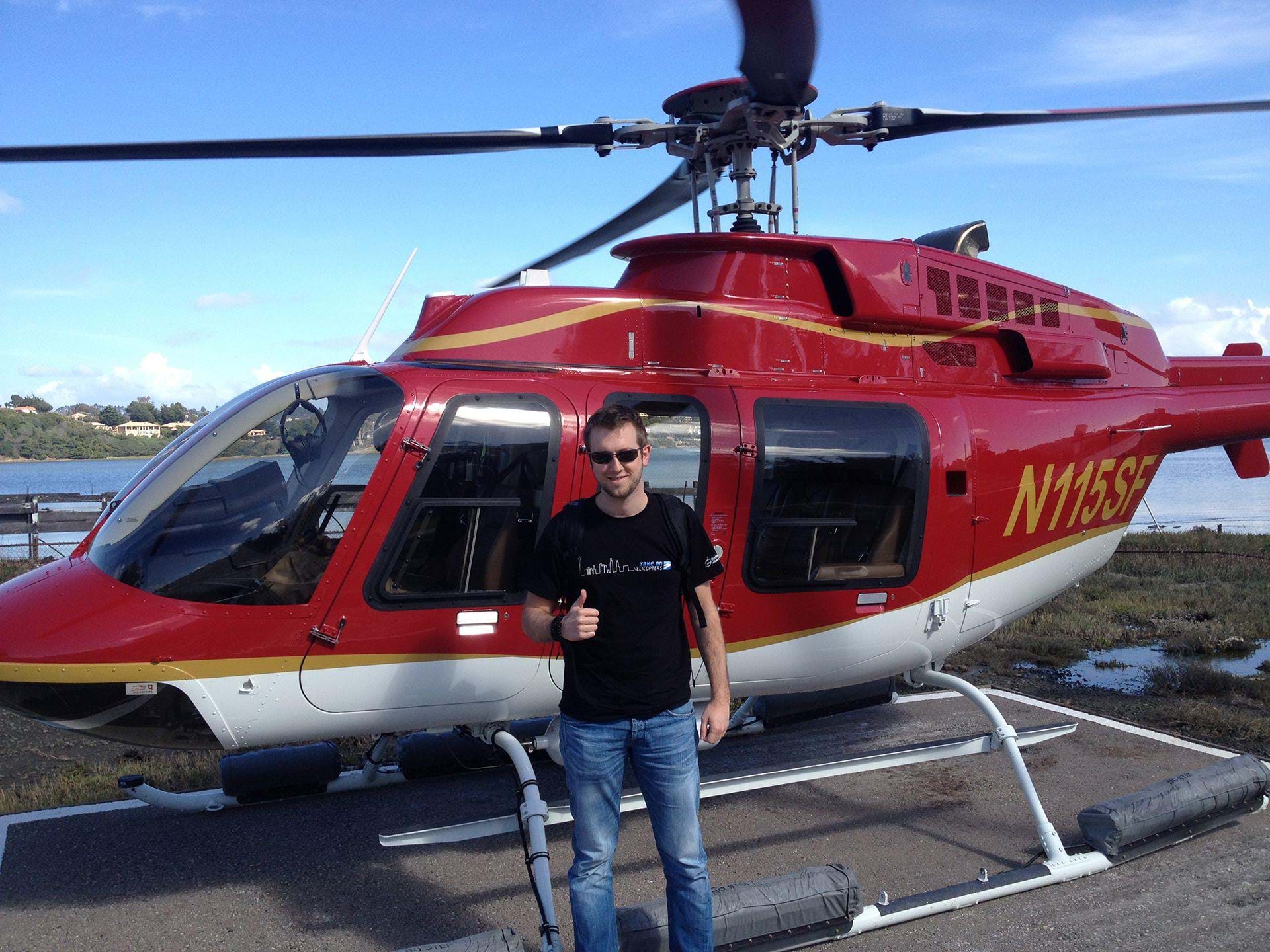 First of all, thank you very much for taking the time to answer our questions. What is it exactly that you do in BI?

Sure thing, thanks for your questions! I was the Project Lead on Take On Helicopters (TKOH) and Arma 3 (including the development of its Helicopters DLC). Now I'm coordinating the upcoming Arma 3 "Orange" DLC (working title) from our new Amsterdam studio, while Arma 3 itself is in the capable hands of my colleagues in our Czech studios.

ARMA III is quite an amazing successor of the franchise. You folks have been raising the bar and one of the things that keeps me coming to it is the ability to fly helicopters and transport my buddies, provide aerial support, etc.. What's the overall feeling of the team regarding helicopters and other vehicles? Are you guys happy with it or is there anything else that you'd love to be able to add?

Great to hear you're enjoying the game! It's safe to say that helicopters are a category of vehicles that we are passionate about, hence we did a stand-alone project and one of the first Arma 3 DLC with a focus on them. We see Arma as a military sim-game with infantry at its core and a solid combined arms experience around it. Helicopters are some of the most fitting vehicles in support of infantry, whether it's for transport, recon, Close Air Support, or in many other roles. Due to their ability to fly low and slow, hover, and land in many locations, they also fit well in our detailed virtual worlds.

Speaking on a more personal level, I've always been excited seeing helicopters in real life or games, but it wasn't until working on TKOH that I developed a more serious fascination. Since then I've tried to book a helicopter tour over any big city I visit, and even tried a basic pilot lesson. Copters are very strong feats of engineering, they simply look cool, and riding them is a lot of fun. In the Arma games, my favorite missions have always started with a helicopter insertion and concluded with a hot extract after securing a LZ. There's just something about hearing their blades chop through the air, seeing their silhouettes appear, the beating down of LZ smoke, providing cover fire with their doorguns, that will never get less exciting.

There's always more we wish we could do for helicopters and other vehicles. One thing that comes up often is the damage modeling; especially the survivability of crashes. It would be great if we could let skilled pilots pull off more crash landings and experience roll overs for example. Further improvements are not currently planned for Arma 3 however. On the other hand we like to think our representation of helicopter flight, especially when using the optional Advanced Flight Model (AFM), is impressive for a full-spectrum military game. It may be worth noting that this is an updated version of the RotorLib middleware we used in TKOH, with uniquely modeled flight models for each vanilla helicopter. With Helicopters DLC we were also able to bring multiplayer and mod compatible Sling Loading and many smaller additions. 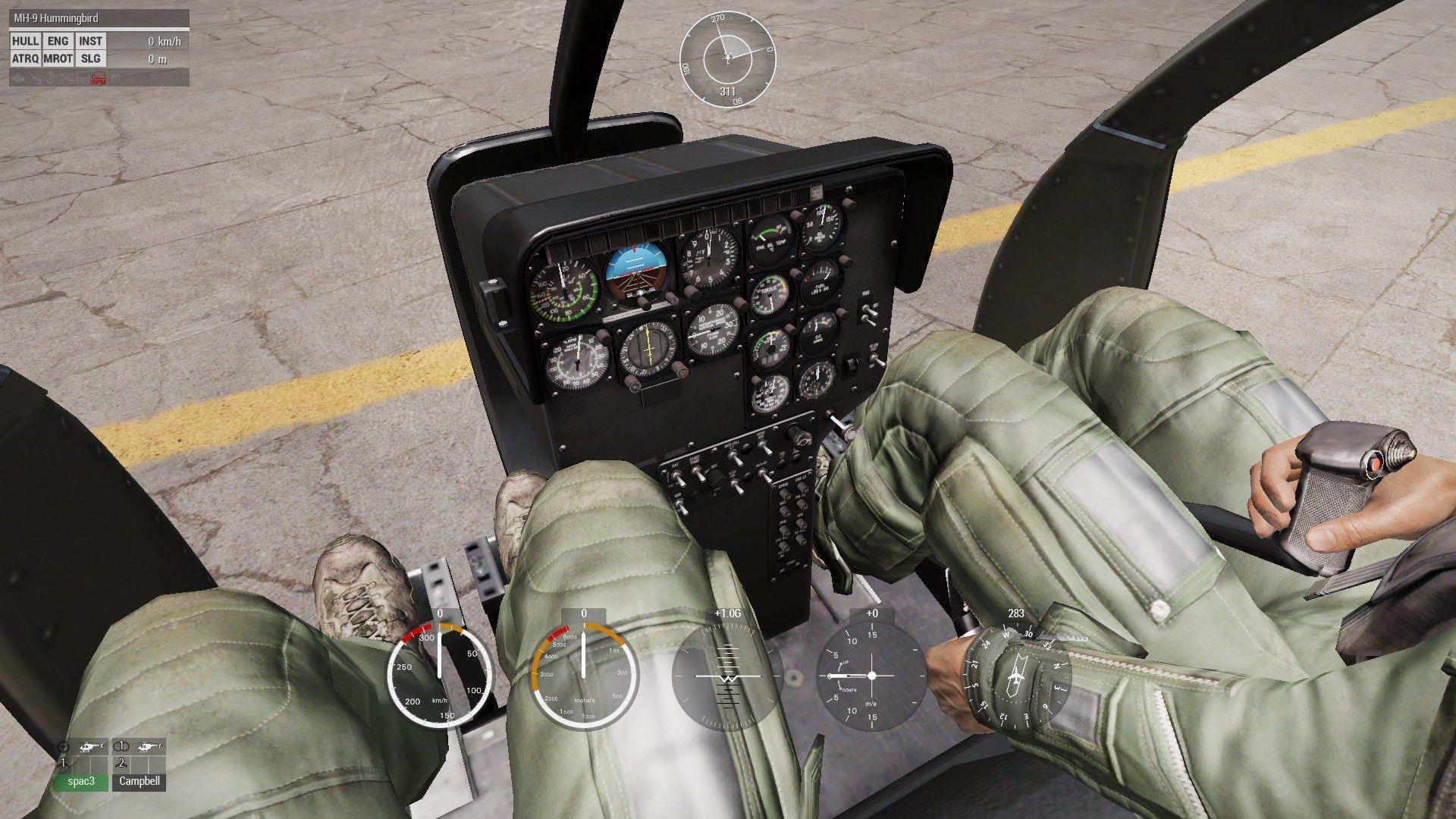 I'll have to focus on helicopters here. The flight model is not too bad, although it could be improved but what I really miss are the systems. All the vehicles follow the same principle of getting inside, selecting the option to start the engine and off we go. Are there any plans to implement more realistic systems and procedures? Something that could be chosen by the user just like the flight model is?

We are not planning to provide many helicopter-specific updates for Arma 3 itself; now it's time to let some other vehicle types take the spotlight, like Jets and Tanks. However, the cool thing about our development approach and DLC strategy is that many (free) new features and tweaks will benefit all types of vehicles. To give an example: Jets DLC introduced a Sensor Overhaul, Info Panels (GPS, radar, missile camera, etc.) and Dynamic Vehicle Loadouts (an ability to select weapons per pylon). These all apply to helicopters as well and we're taking time to implement them for all existing vanilla helicopters, let alone making sure modders can use them. Flying attack helicopters should be a deeper experience now if that's what you're looking for. It's possible certain features for future DLC can still benefit rotary-wing aircraft in a similar way.

If you're looking for an approximation of pre-flight inspections and start-up sequences, then we recommend you give TKOH a go. This level of depth is not something we plan to introduce to Arma 3, which remains primarily an infantry game with great vehicle support. Our vision is to offer fun, relevant and authentic vehicle gameplay at a certain level of depth, but not to turn one type of vehicle into a procedural simulator, while others are much more abstracted. Fortunately, players seeking those challenges after all, are very well catered to by the talented mod community. 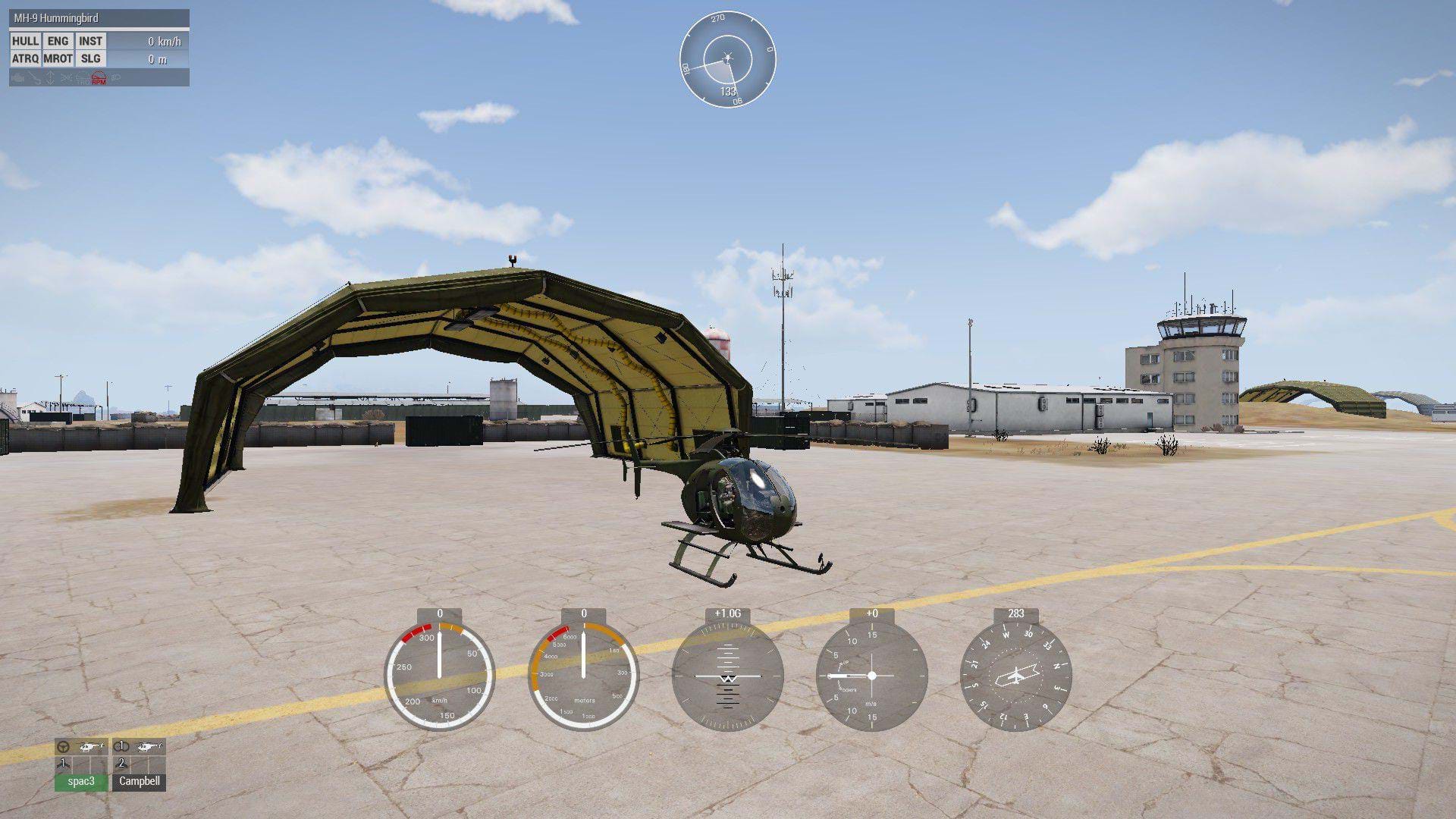 I realize ARMA III is not a flight simulator but rather a combat simulator. Hasn't the team ever thought about winking at the flight sim community and perhaps start building a more robust platform for aerial vehicles?

This is something we've done with TKOH. While that game is no longer being actively developed, we did enjoy the project. There's a lot we feel we could do better, so while there is no such project planned at the moment, it could be something to revisit in the future.

What's next? Are we still going to see ARMA III evolving or is BI already considering a new version of the franchise?

We are still very actively developing for Arma 3 this year and into 2018 as you can see on our roadmap. Meanwhile we have another part of Bohemia Interactive working hard on our next big technological foundation: the Enfusion engine. It combines the strengths of our various proprietary engines and experiences to make a state-of-the-art platform that delivers the things we are known for, such as large-scale virtual worlds. The future looks very bright!