Claude Vuichard is one a names that pretty much everyone in the helicopter industry recognizes, with an amazing career and over 16,000 hours in the skies. 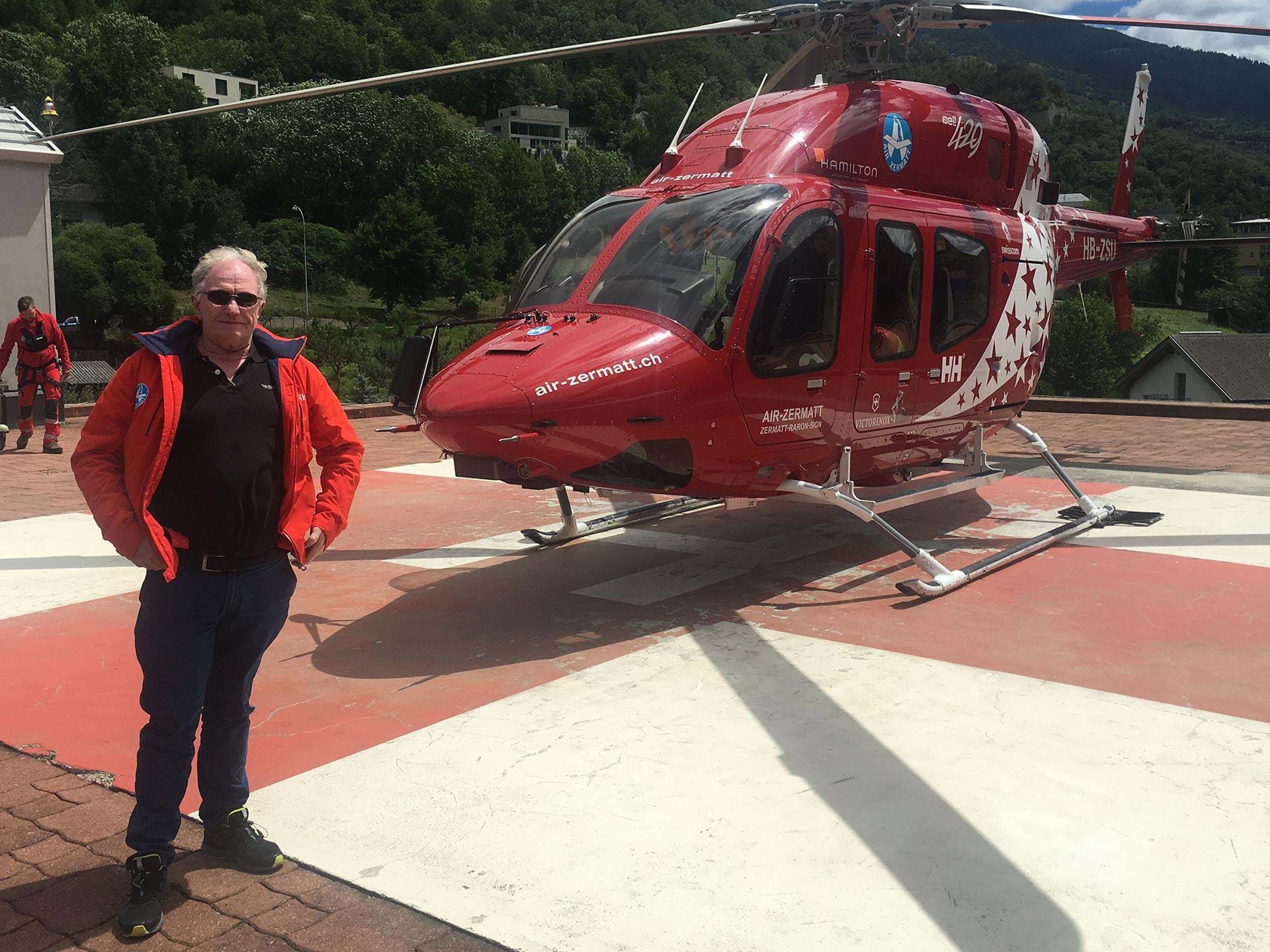 With over 16,000 hours under his belt, this 62 year old passionate Swiss has been a professional pilot since 1981 and has flown a true fleet of different aircraft.

He holds over 20 certifications and ratings in a vast amount of different aircraft – fixed and rotor-wing and even has been the pilot for the Swiss President.

During the last few years, he has dedicated himself to helicopter safety and founded the Vuichard Recovery – Aviation Safety Foundation.

He has developed a new Vortex Ring State recovery technique that the Chief Instructor of the Robinson Helicopter Company has dubbed the “Vuichard Recovery Technique”.

This revolutionary technique is a safer way to get out of VRS and has already saved countless lives.

Most recently, Claude Vuichard has been looking at VR, motion platforms and flight simulators (namely the IPACS Aerofly FS2) as a way to better train pilots. He is a true believer and defender of these new technologies as part of a good training program.

We were lucky enough to have him answer to our questions on this first article of our new series, Inspirational lift.

Hello Claude! Thank you so much for taking some time to answer our questions. A lot of the people in the helicopter (and the helicopter flight simulation community) already knows you as your reputation precedes you but, to a lot of people, you are the man behind the “vortex ring state maneuver”. You are a lot more than that, though and your work with the Vuichard Recovery Aviation Safety Foundation has gone far beyond just that one maneuver.

Could you tell our readers your role in the industry as an advocate for helicopter safety?

My target is to achieve a massive reduction of human factor accidents in the worldwide helicopter operations.

The source of the reaming 20% of human factors accidents are related to design and maintenance errors. My motivation is therefore to cross the globe to save human lives, nothing- else.

When did it all start? How was it that you got interested in investing your time and energy on the safety of helicopter pilots?

During an aerial work operation 1987 in the Swiss mountains I fell in a Vortex Ring State (VRS) situation and survived only by chance. My knees were still shaking two nights after this shocking event.

It forced me to think about an alternative solution to escape the VRS and I found out that is better to escape the VRS sideward. This procedure was named the “Vuichard Recovery Technique” by Tim Tucker, Chief Instructor of the Robinson Helicopter Company. 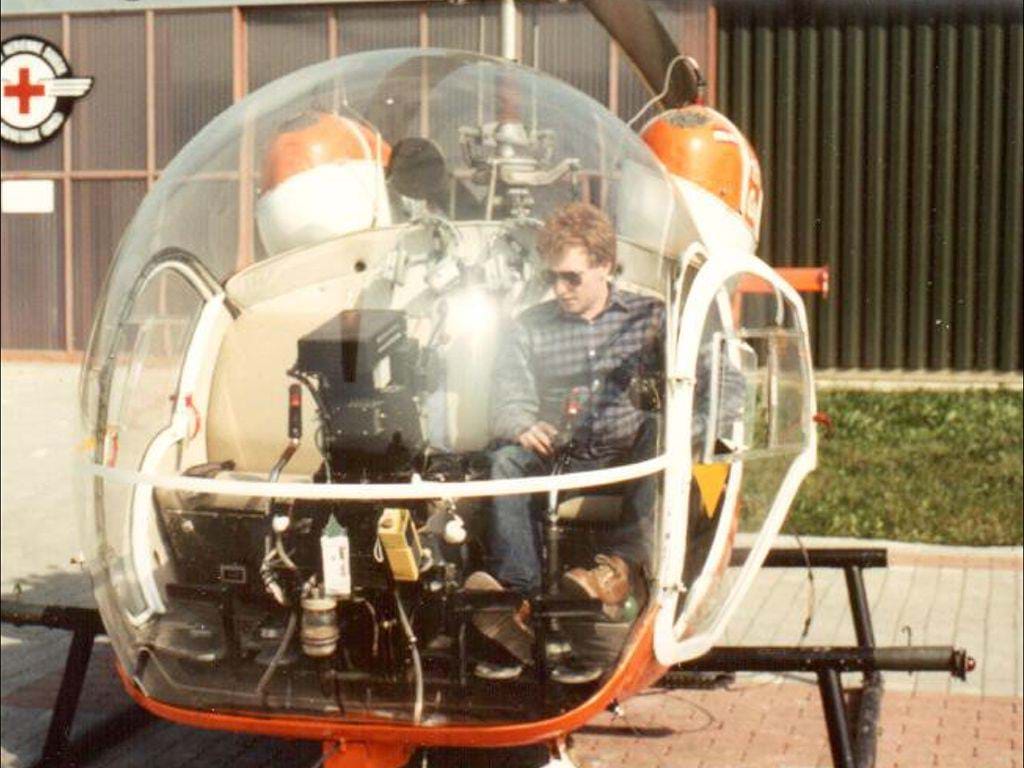 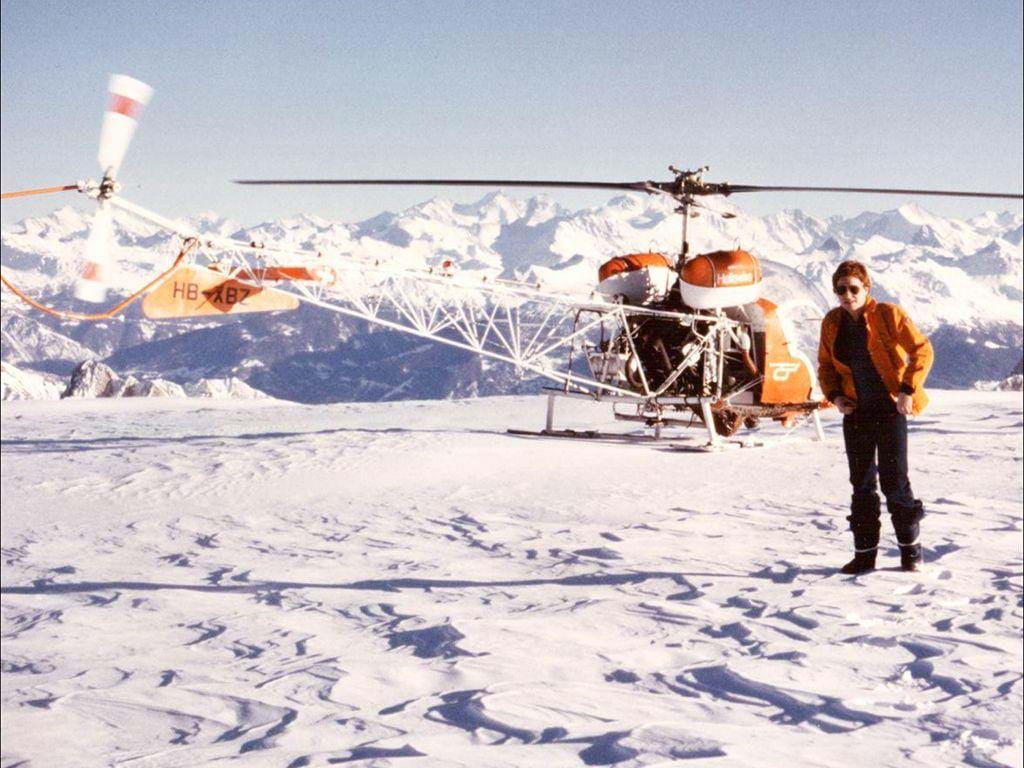 Would you say there’s a “hard part” of what you do? I mean, I can’t foresee any helicopter pilot not being concerned about safety. Do you still find skeptical people, though?

Of course, it was not easy to convince the helicopter community worldwide, to change well

established technique like the old way to escape from a VRS. But since my Foundation has published in 2017 an amazing video showing the escape of the VRS with the “Vuichard Recovery Technique” by visualization of the airflow – a video which has been uploaded on YouTube thousands of times -, the last skeptical people have almost disappeared.

I’d like to go back to when you started. We already know your current work but how did you get to be a pilot? What was your path and, more important, your obstacles and how did you overcome them?

I dreamed of flying since I am a kid. I started my career with a technical formation in avionics and after, I earned some money to do my private helicopter license on Bell 47 G3 in Switzerland.

Once the PPL (H) in the pocket, I jumped directly into the commercial world and got my CPL (H) with a Lama SA315 Type-Rating. And empty pockets!

At that time, it was very difficult to enter into the market as a low-time pilot. The reason why I started to work for free and took every hour I could, like an addicted aviator. Later, I flew many years for the well-known company Air-Zermatt as a rescue pilot day and night in the high Swiss mountains.

Daily business was 50% aerial work, 25% rescue, 25% tourism. I then flew for several companies, before moving to the Swiss Civil Aviation Authority as a flight inspector and pilot. 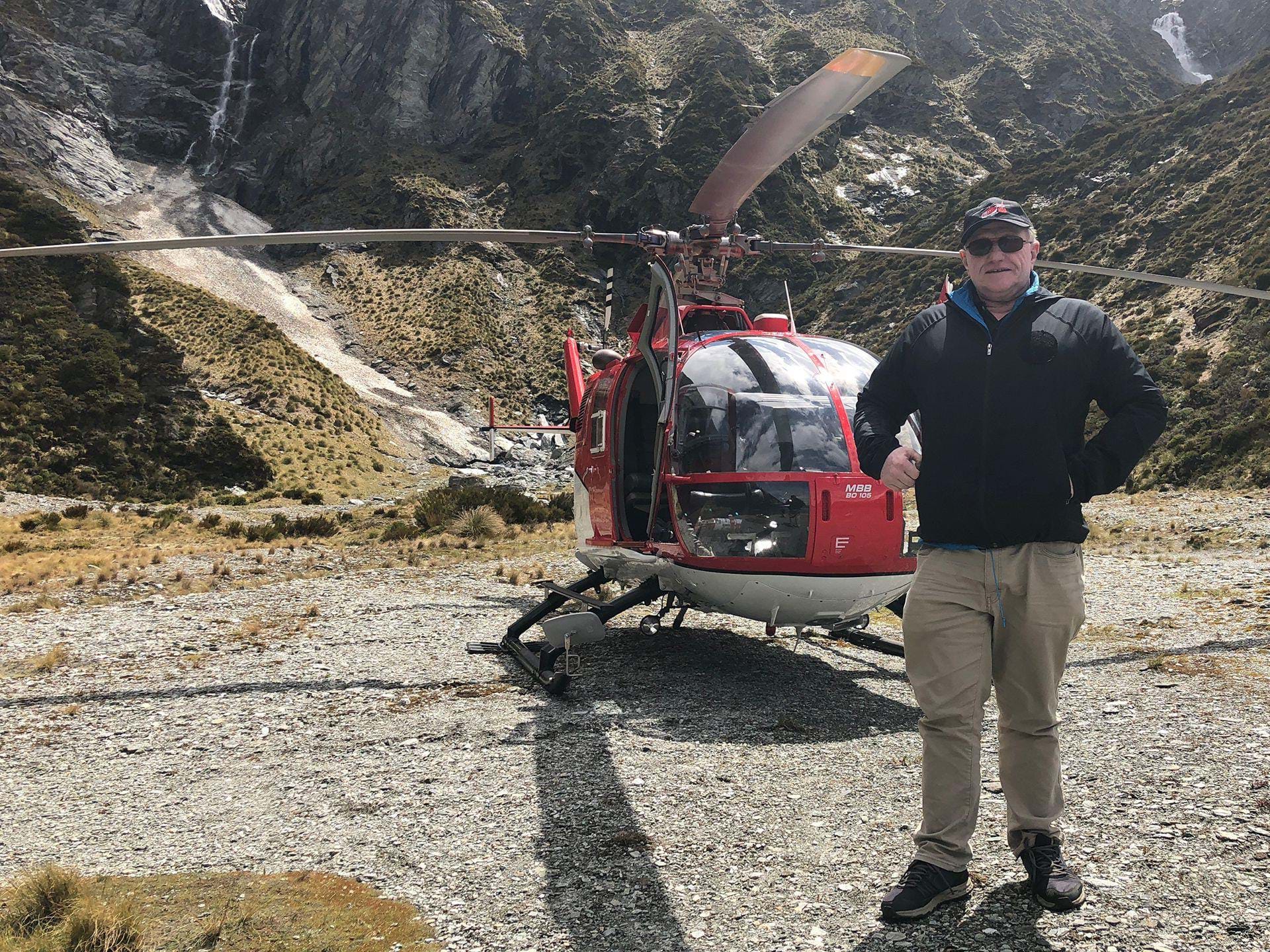 One of your past jobs was as the pilot for the Swiss President. How did you reach that position?

At that time, the Swiss Civil Aviation Authority was in charge of the transportation of the Swiss president and ministers. I flew during 14 years for them, as an helicopter and fix wings pilot.

What lessons would you say you bring from being a helicopter to your regular (non-pilot) live?

First of all, a huge satisfaction to have been able to make my kid’s dream comes true and, as a rescue pilot, to have had the possibility to save numbers of human. As a helicopter pilot, especially in the high mountains, you are working at the limits of the helicopter and sometimes also at your own limits. Therefore, the decision making must be focused on the absolute relevant things!

To make decisions under stress also helps when it goes to make important decisions "on the ground", in normal life.

One of the things that I got really impressed when we met, was the fact that you are a true believer of the use of “affordable” or more mainstream (consumer) products to help pilots improve their skills.

At the time, I was very curious a veteran, famous pilot, with an incredible track-record such as yourself, was taking his time to look into these sims – something that not a lot of pilots do; usually dismissing the idea before even giving it a chance. Not you, though. You seem to be very much willing to invest your time and energy on them and on future products that may come from it.

What is your vision regarding these simulators and the use of Virtual Reality?

steps forwards for safer helicopter operations in the future. 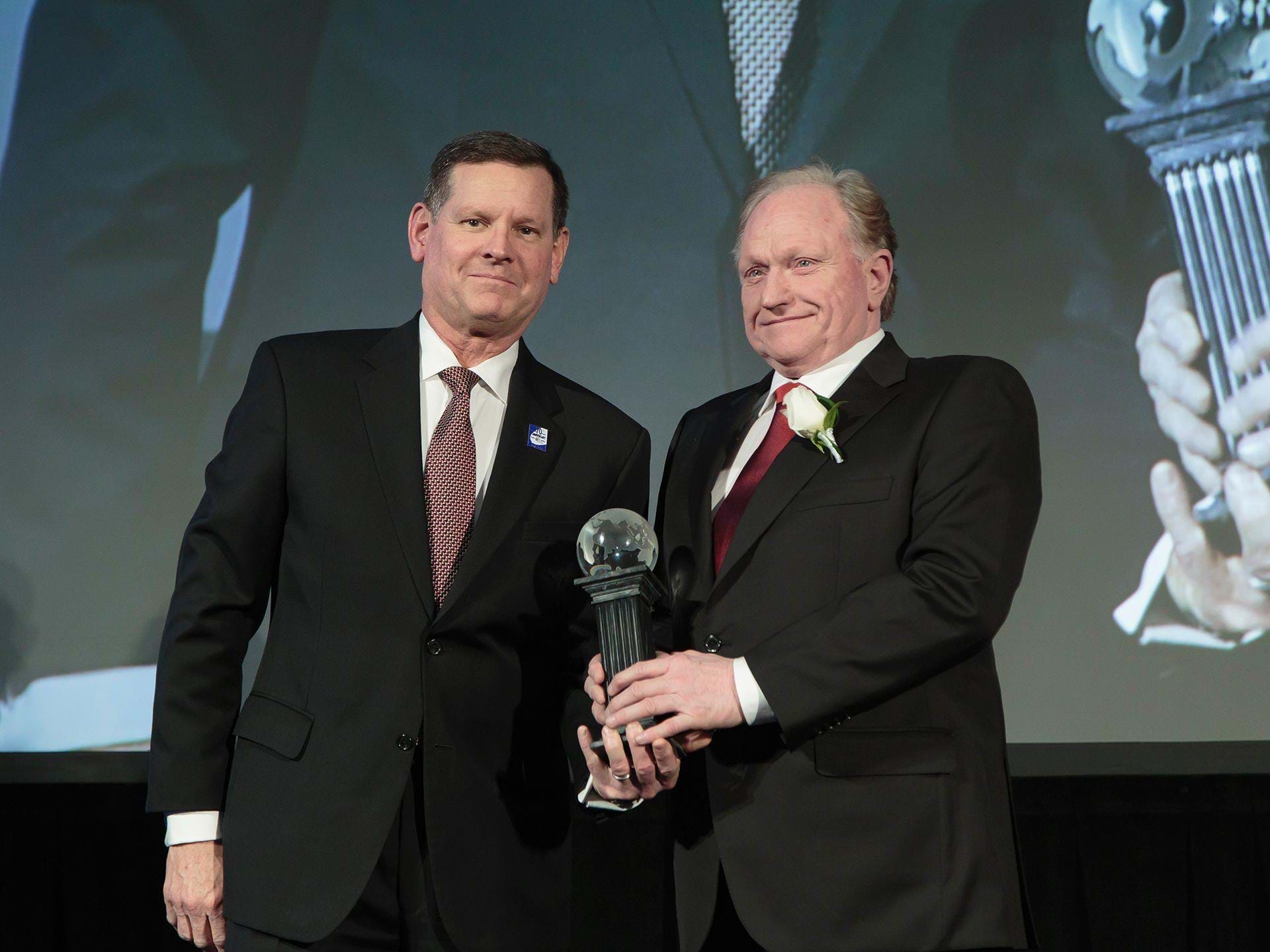 What’s next for the Vuichard Recovery Aviation Safety Foundation? Do you have anything else planned for the foundation? Is Virtual Reality and the use of simulators a part of the path?

I am teaching worldwide so called “Vuichard Safety seminars”. I am just back from New Zealand where I did seminars and practical trainings for helicopter operators and the New Zealand Airforce.

I developed also many other techniques like for auto-rotations because the current procedures are not always the best and lead to huge number of accidents during training.

Other techniques are slope landings and quick-stops, which I developed and that should help to avoid numbers of accidents in the future once the pilots are trained to these techniques. The VRMotion simulator will help spreading them.

Claude, one of the things I’d like to do is to inspire potential pilots with the interviews we are publishing on this series. I’d like people to know a bit more about the men behind the names but also to get some words of wisdom that could help these people that have the passion for aviation and, especially, helicopters.

Would you like to tell them a few words? What would your advice to them be?

Start to fly on a VRMotion simulator coached by a real helicopter instructor.

Then learn to fly and work on the nicest 3D desk of the world: the helicopter cockpit. 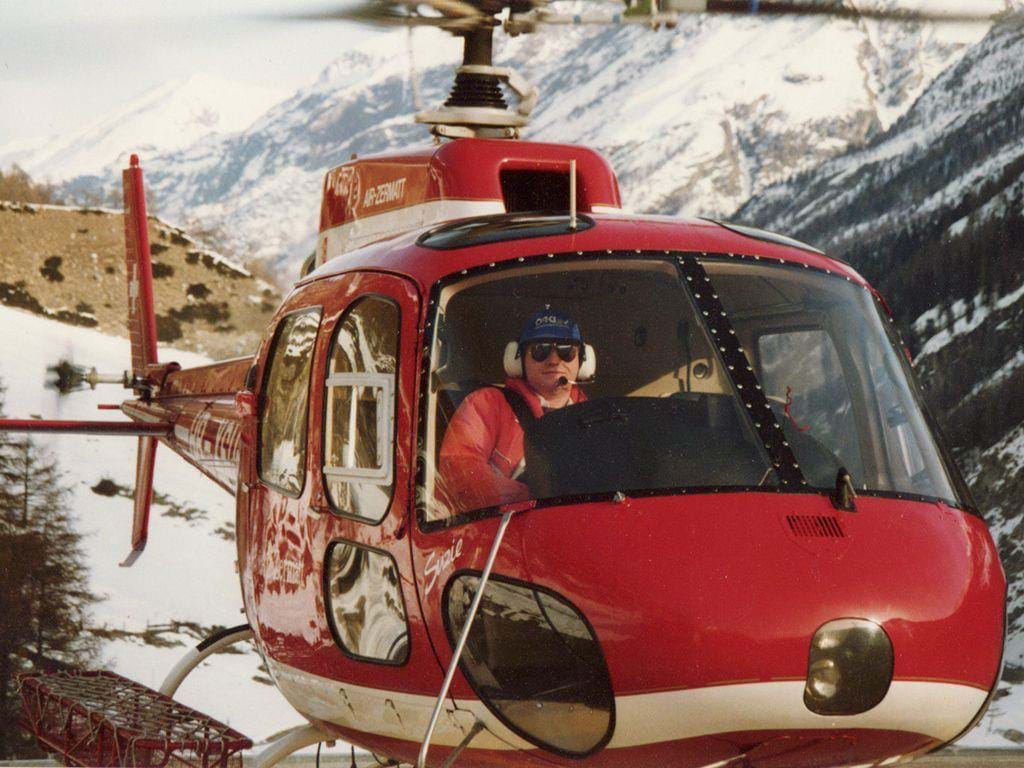 Thank you so much once again for your time, Claude, and thank you for the amazing work you have been done in the industry. I am sure a lot of lives have already been saved thanks to you and your commitment to helicopter safety. Any last words?

On my birthday last September, I got following message from an EMS Pilot: “Claude I had to use your recovery technique just one our ago I saved the my live and lives of all others on board. Thank you Sir to safe my life.”

Messages like this are highly emotional and provoking always tears of joys and load my life batteries to fulfill my vision: zero Vortex Ring State accidents worldwide. This gives me the energy to reach my goal, which is a global reduction of human factor accident rate by 80% by implementing new safety techniques in the helicopter community.

The use of new simulators like the amazing VRMotion product, will help to support this goal.