Anatomy of a helicopter

Helicopters are quite different from the fixed-wings counterparts and, although there are varied designs and shapes, most helicopters revolve around a classic design that can be seen in popular helicopters such as the Bell 206 or the AS-350.

This article was made having recreational flight simulation in mind. Under no circumstances, it should be used for real flying or for real flight training.

In this tutorial series, we will talk a lot about how a helicopter works and what does what so we will need to know and understand the different parts of a helicopter.

This section will be very short just to get you acquainted with these machines. Don’t worry, we will dig a lot more into it later.

In the image below you can see the main components of a helicopter. We will learn a lot more about these in the future but, for now, it’s important that you familiarize yourself with it so that you understand how helicopters work.

Please note that the descriptions provided in this article are very simplistic. We will not get into details now but you should understand what parts do what. 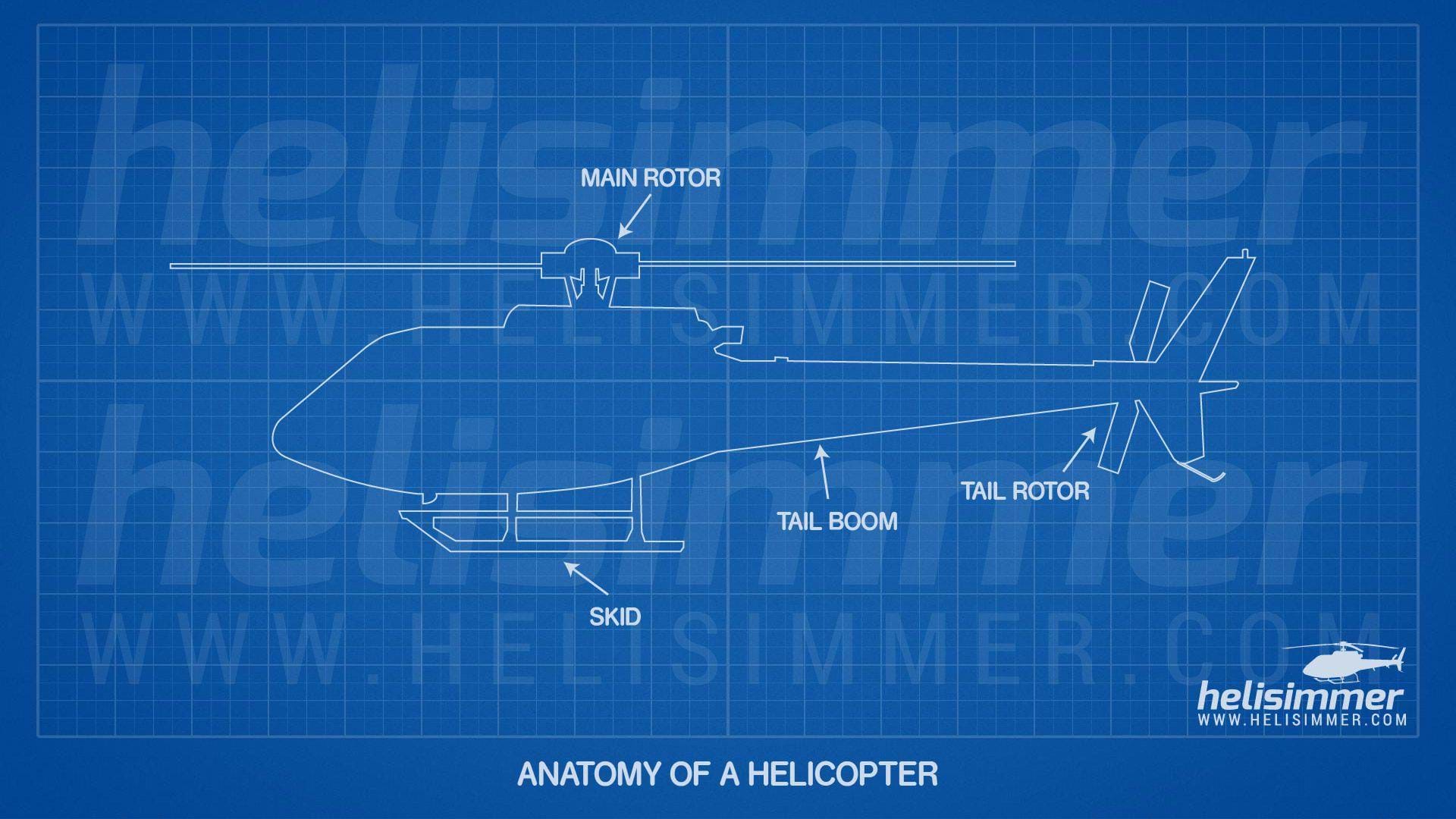 The main rotor is the part that provides lift and allows the helicopter to move up, down, forward, backwards and sideways.

The tail rotor allows you to move the helicopter around it’s rotor. It’s somewhat like the rudder in a fixed-wing aircraft (but, at the same time, nothing like it). It’s complicated but the information to retain is: the tail rotor controls yaw.

The tail boom is the tail of the helicopter and it usually has the tail rotor at its end.

These are the main external helicopter parts and those that we will talk about in the next sections.